Is Mayfield slowly becoming Newcastle’s newest foodie and beverage hotspot? With the opening of Roy’s Kitchen on the main road, craft beers coming out of Shout Brewing, and most recently the launch of new espresso bar; Hanburys.

Brought to you by the team behind SMAK coffee roasters and located on the corner of Hanbury St, the espresso bar officially opened up their doors to the public in early September this year.

SMAK Coffee is made up of two locals café connoisseur couples; Mick and Liz Beggs of The George and Winding Creek along with Graeme and Sarah Thrift of Little Lane Espresso, Corner Lane Espresso, and Lane Espresso.

So, what exactly is SMAK Coffee?

“SMAK was born out of a love for what we do and the desire to have more control over the direction of our product. To be able to dictate the flavour of our house-blend is essential to growing our brand. To have complete autonomy over our own product just makes sense. We love the nature of our work. We feel very aligned with it and we love that our spaces have grown to be almost second homes to customers,” Sarah explained. 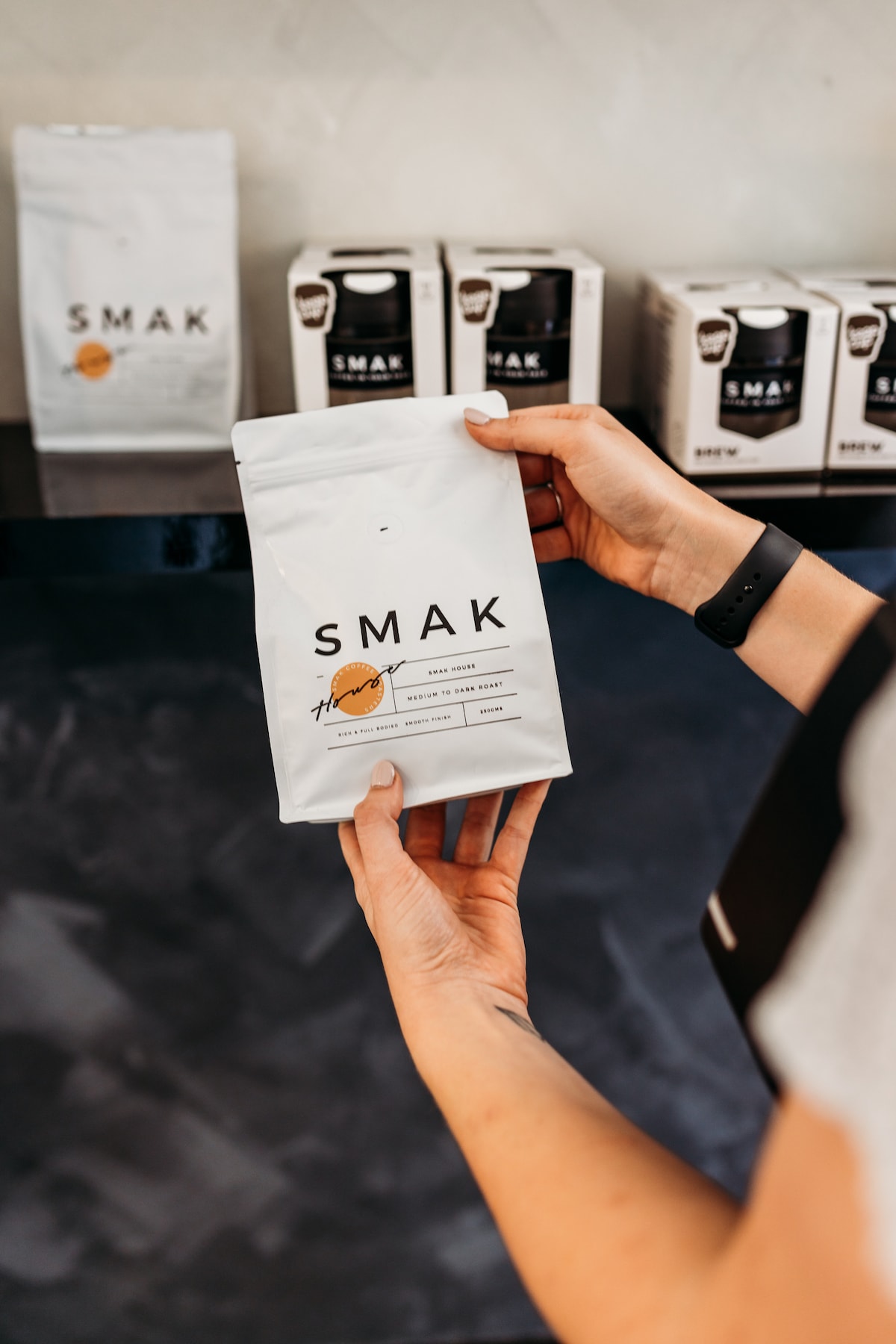 The boutique roastery kicked off in 2017 and has been delivering their product to both local cafes and abroad since.

“Up until now, SMAK has pretty much been exclusive to a handful of coffee shops around Newcastle which are closely aligned with the SMAK brand. Opening Hanburys has allowed us to step back from the daily running of the space.

“Our beans are starting to go further and further afield – our customers in the US are hooked! We ship all over Australia and the world and whether someone is having their first or their 100th coffee – it still needs to hit the spot and make an impression.” 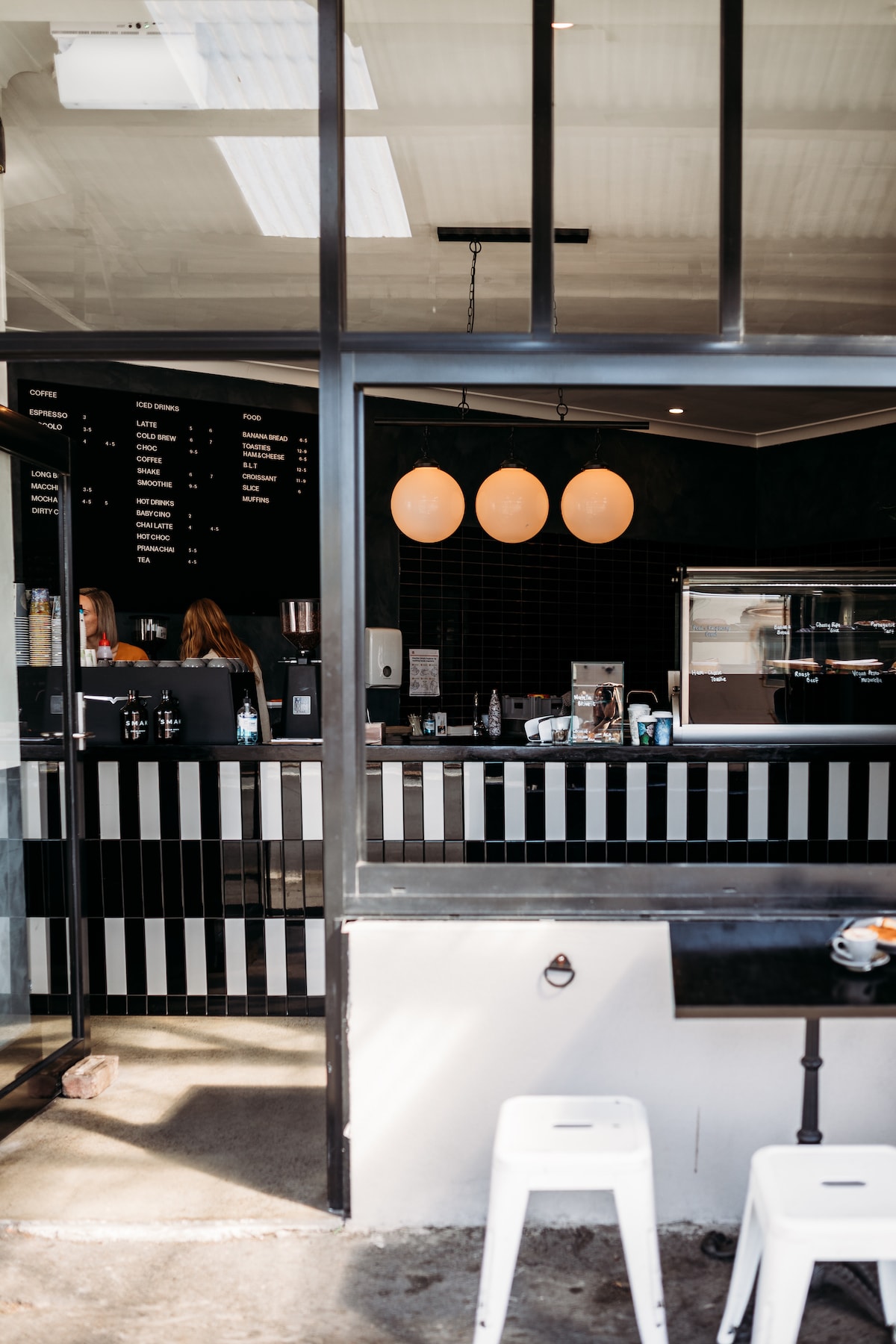 It was only in July this year that the team here at HUNTERhunter caught up with Graeme and Sarah to talk about their new café space, Lane Espresso opening up in Adamstown. The couple had briefly mentioned they had big plans for their new venture, SMAK Coffee, that they had been working away on with Mick and Liz; but a new café space so soon? That deserves some applause. 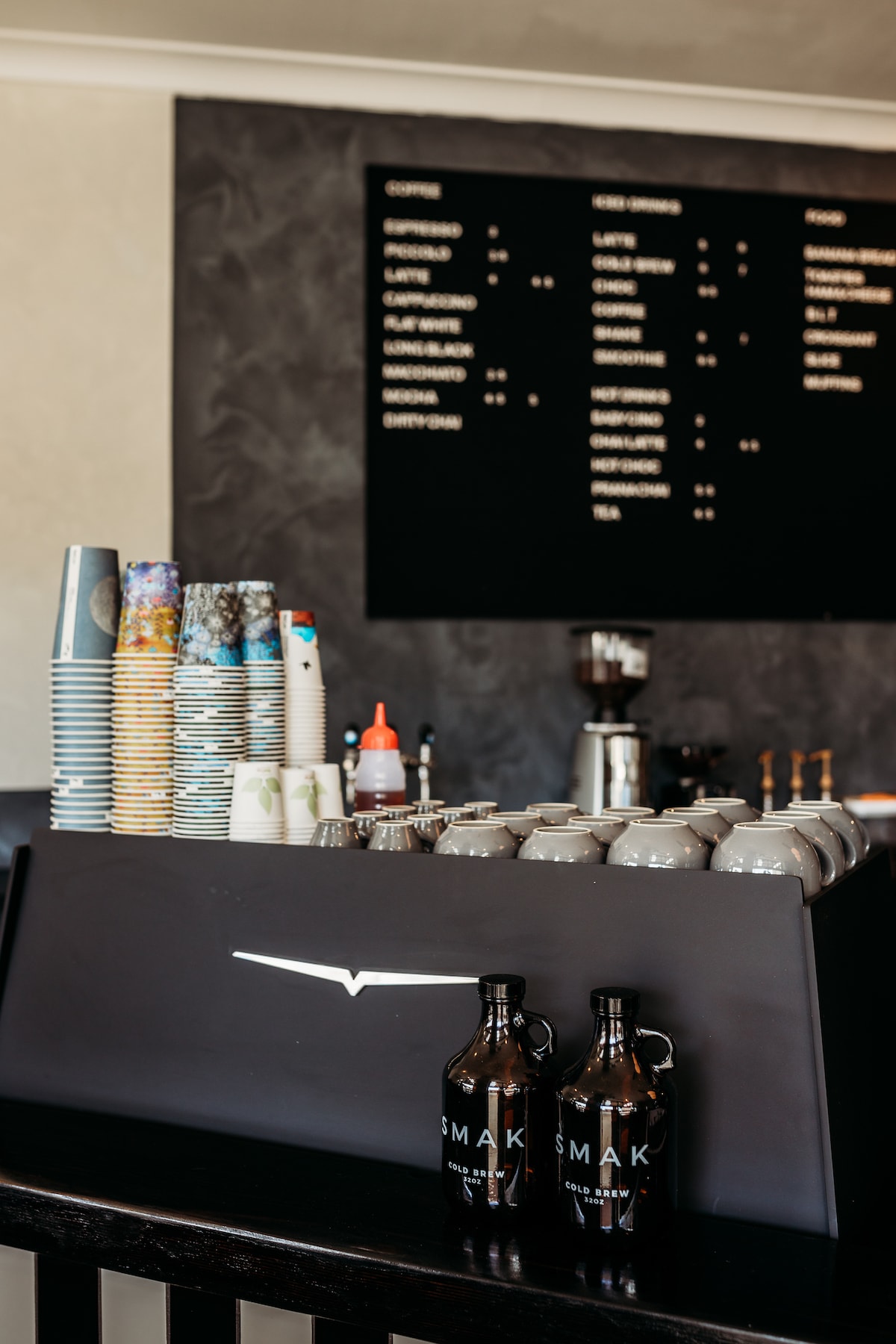 “At the time of opening Lane in Adamstown, we didn’t know Mayfield was going to be the next suburb in our sights. The space came up really quick and we jumped on it. Previous to Hanburys, it was a great little neighbourhood café. We saw that as a great fit for our coffee. We know so many people are doing great things with food in Mayfield and we wanted our coffee to complement that.”

Working once more with Stewart from Horton and Co, the space reflects the brand’s aesthetic with a fresh take on the interior fixtures. 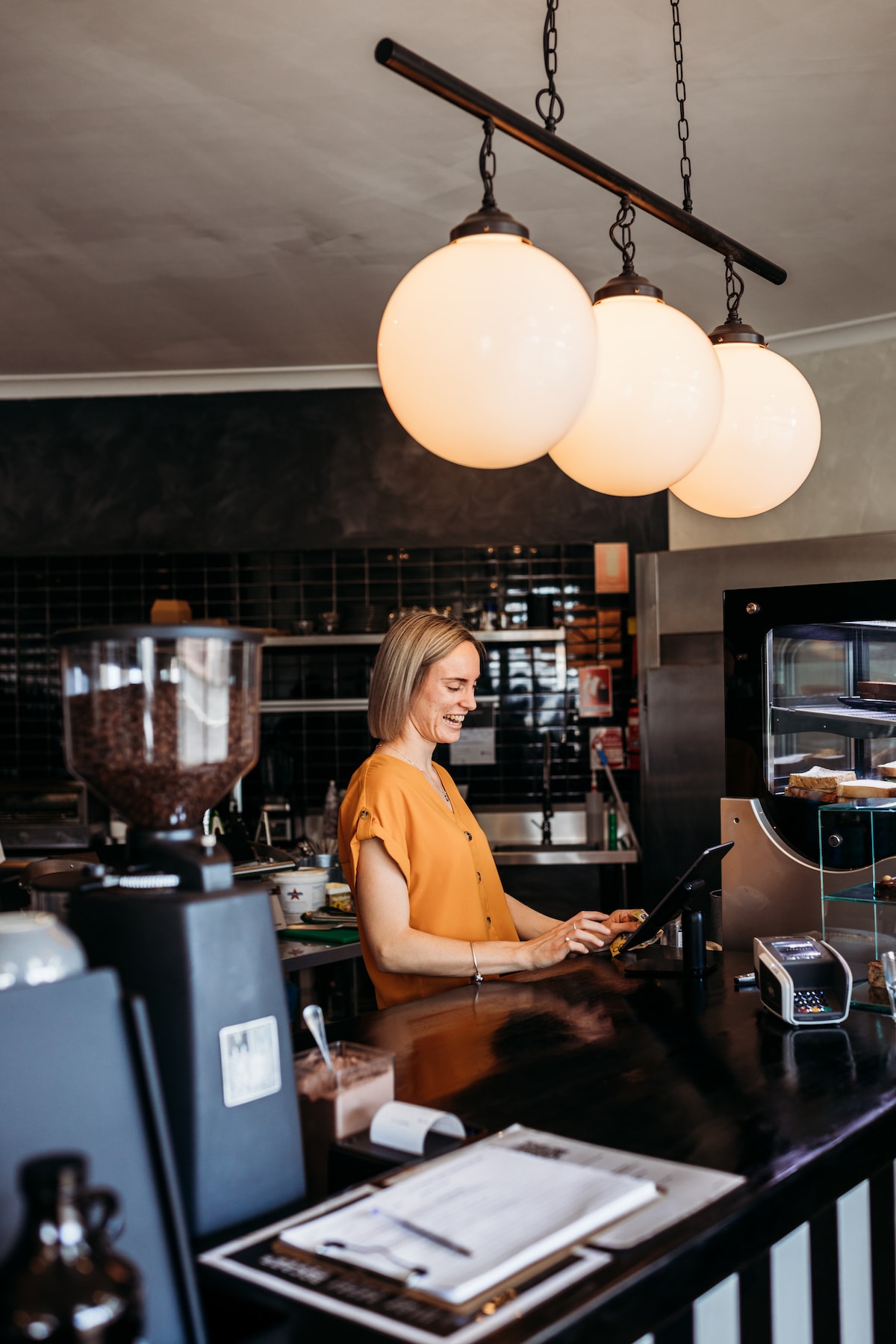 “The layout of the space was already there so we worked with what we had and delivered a facelift which is very fitting for the building… the bi-fold windows along the front of the shop really connect with the passers-by and the busy road that we are on adds a lot of energy.”

Pull up a seat in the venue’s nooks to sit and linger; whether it’s the bench seating inside, traditional table and chair seating in the side room, or casual stools out the front. 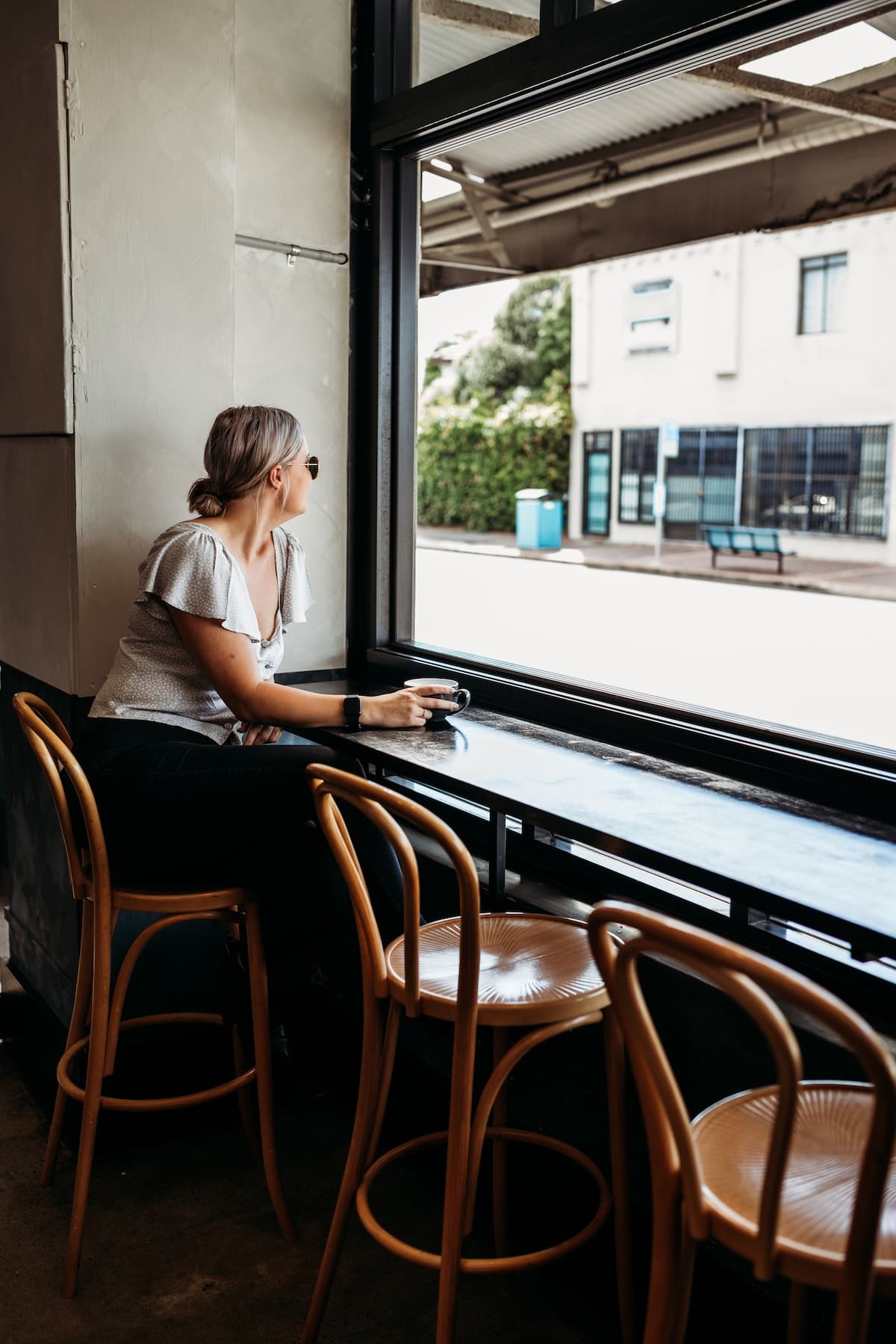 Sticking with the area, the cafe reflects not only the street name but creates its own identity, separate from the SMAK brand with its old-world charm.

“We really wanted the name to stand alone and not be associated with any of our existing spaces. It was never going to be a Lane or an exclusive SMAK venue. It needed to have its own identity. We love the fact that its past story was a grocery store, and we wanted to try and capture a bit of that nostalgia in the name.” 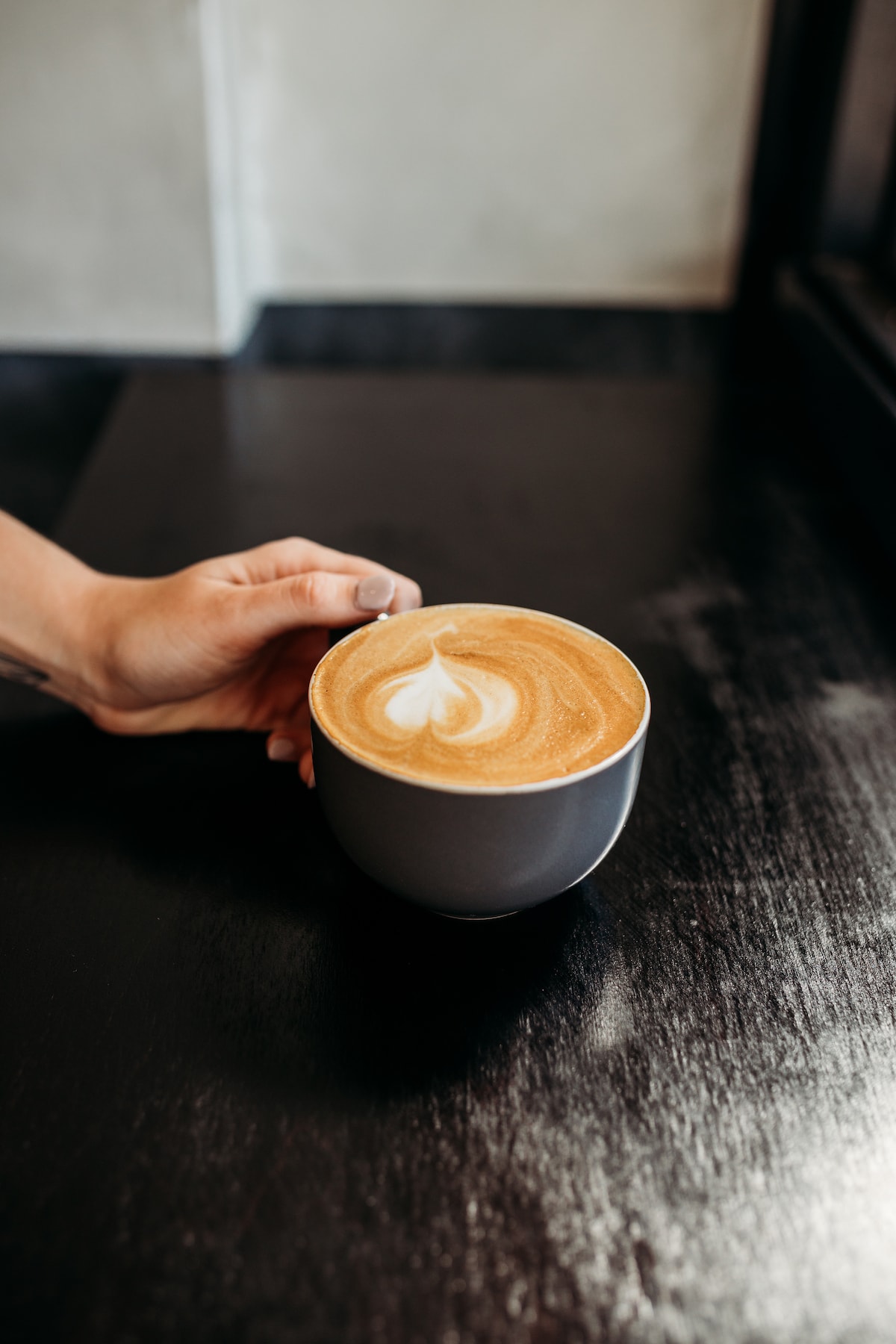 In just a few short months, Hanburys had made themselves a home in the heart of Mayfield with other local businesses getting around the newcomer.

“We see value in businesses coming together to create little pockets of activity. This energy is then felt by the wider community; as humans, we need it to connect.

“We love our neighbours that have been so supportive of our arrival - especially the crew at Valkyrie a few doors up. It feels great to be part of something in Mayfield.” 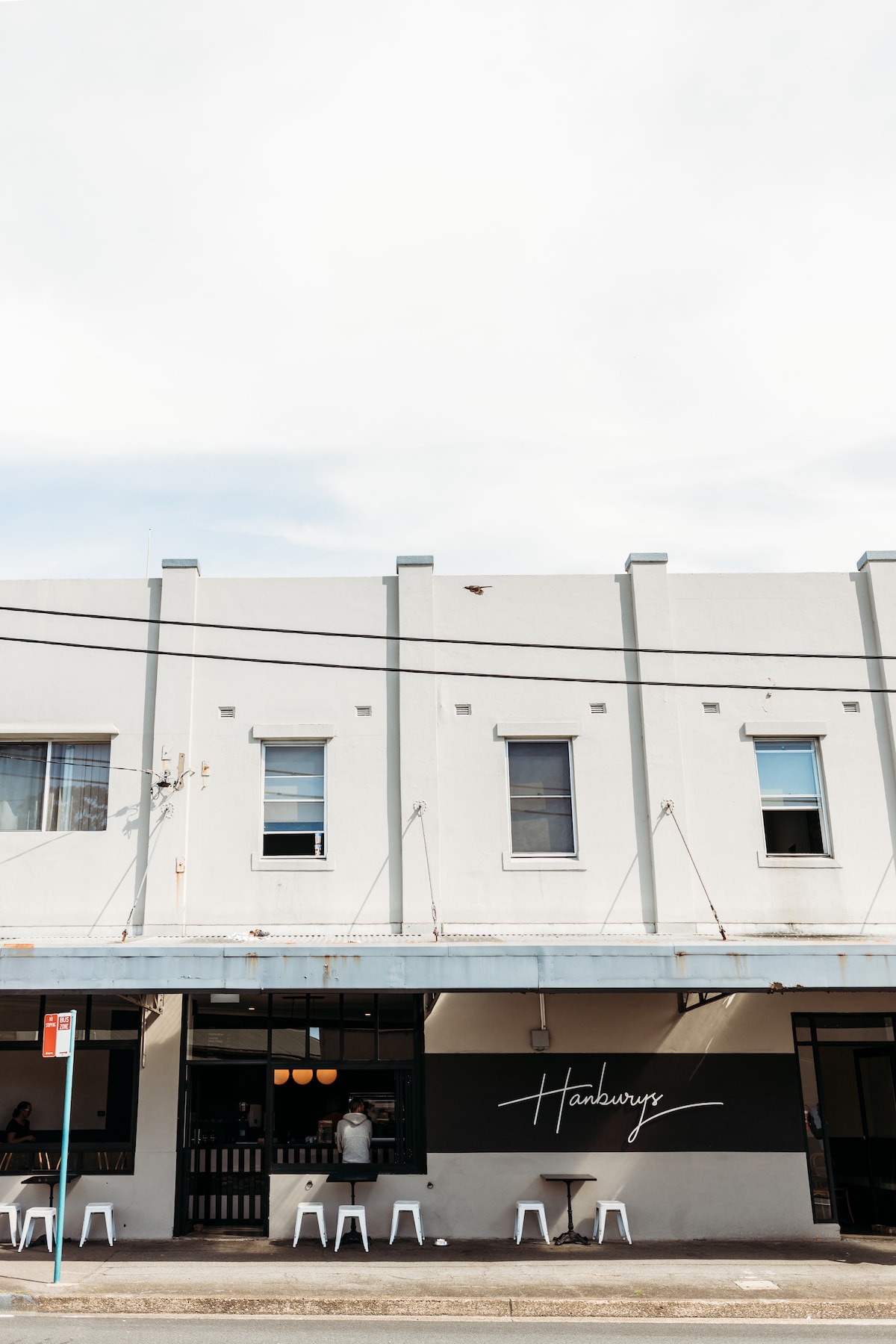 Get in and give the Mayfield based espresso bar, Hanburys a try and get your hands on the local beans from SMAK Coffee.