Drop into Merewether for a craft brew at Modus

When the outside temperature goes up the price of Cerveza buckets goes down - to half price ($14).

The last weekend of the promo is this weekend, and given the La Nina events of the past week or so, the team have decided to do 'half price buckets all weekend, between 12-4pm'. It's fab value and this weekend is the last chance for to get into it. 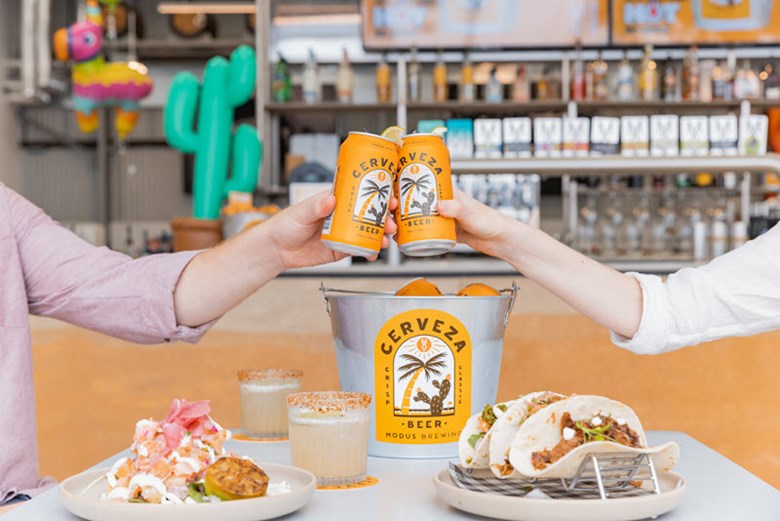 In what was one of the most anticipated openings of 2021, and following more than eight months of seriously hard work, Modus Merewether Brewery officially launched in October in absolute style.

For those familiar with the craft beer scene you will be well across the Modus Brewing name with owners Jaz and Grant Wearin pouring their first pint back in 2014. Seven years on the couple have not only established their second brewery right here in Newcastle, but completely relocated the Modus Brewing head office and their family life to the seaside suburb of Merewether, with Jaz explaining, 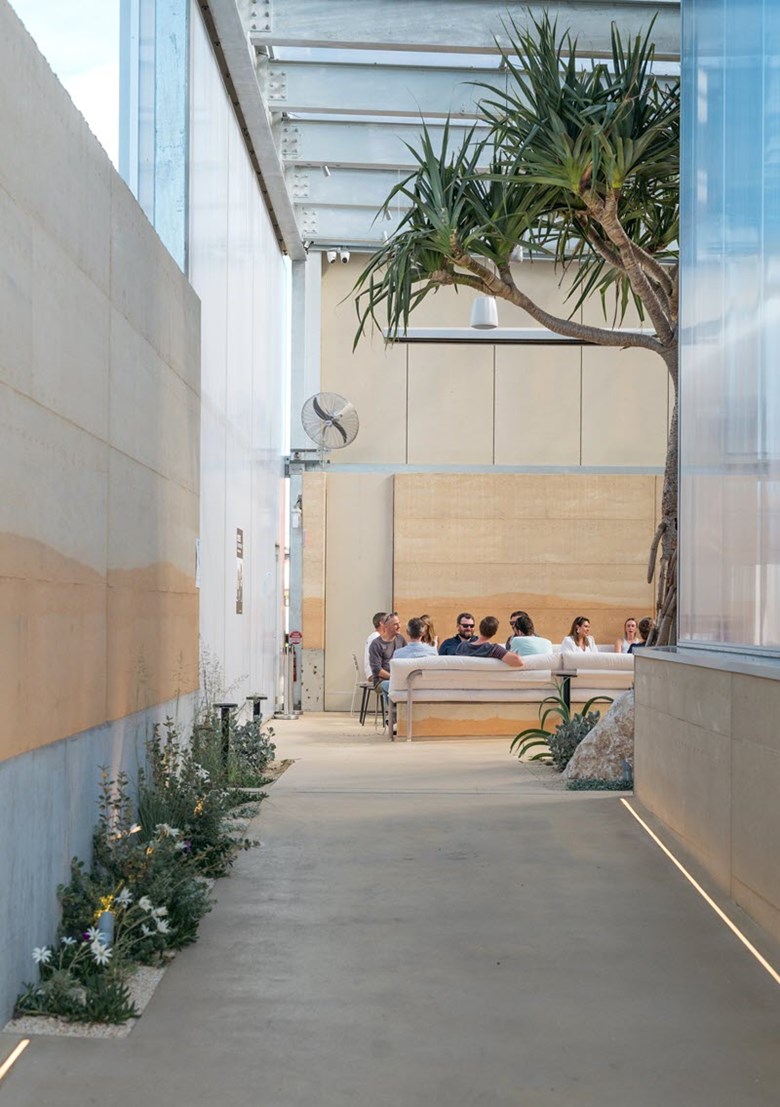 “In Mona Vale we’ve got about one-tenth of the tanks we have here, and we’ve been capacity constrained for a long time, which has been really challenging, but it’s taken us four or five years to find a location suitable for the vision we had for Modus Brewing.” 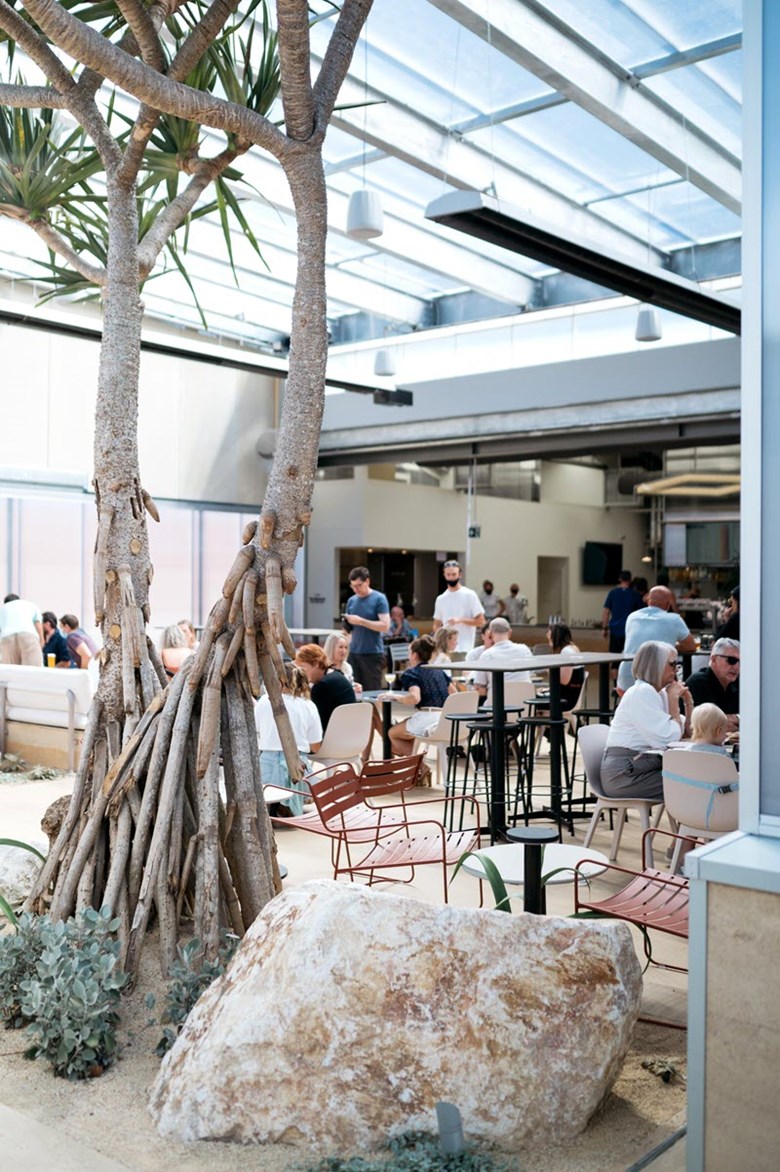 Taking a wander around the brewery you can’t help but be in awe at the level of detail and thought which has gone into every aspect of the build with the fortress-like design bringing with it smart sound-proofing and acoustic considerations. The extraordinarily high sliding doors set the scene and it’s here that you’re first introduced to those stunning, rammed earth walls.

The earthy tones and raw textures are a continuous theme throughout and are a perfect complement to the purposely built airy, light filled space. It's this openness and size which takes you a little by surprise, as does the spectacularly large pandanus tree. 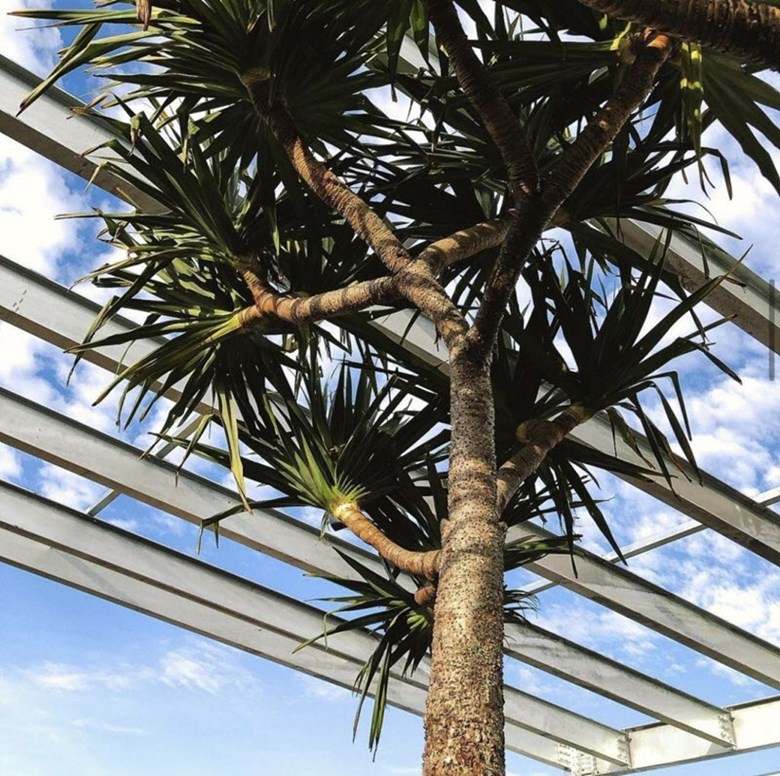 ‘We didn’t want to be just known as a place to come for great beer, we wanted to be able to provide a comprehensive offering for everyone. So throughout the building process we’ve tried to do everything differently, and we've had a lot of fun doing it’, says Jaz.

The task of transforming what was previously a smash repair business was always going to be a challenge, but the location and suburb drew the couple more so because of Grant's family connection than its enviable position as Grant explains,

"My grandfather owned and ran the corner store just around the corner from the Modus Brewery. This was one of the reasons we were so excited to find a site in Merewether." 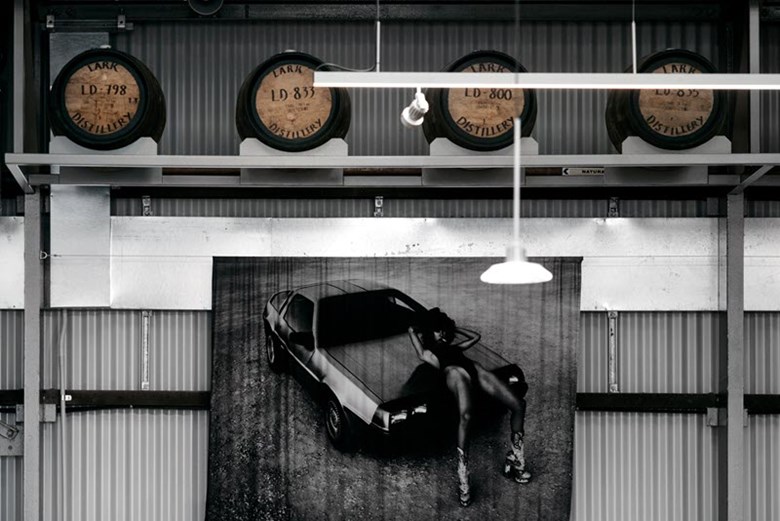 “It's been a lot of hard work. When we first started the build all we had was a concrete slab to work with, everything else has been gutted, except the old spray booths which have been turned into the unisex bathrooms.” 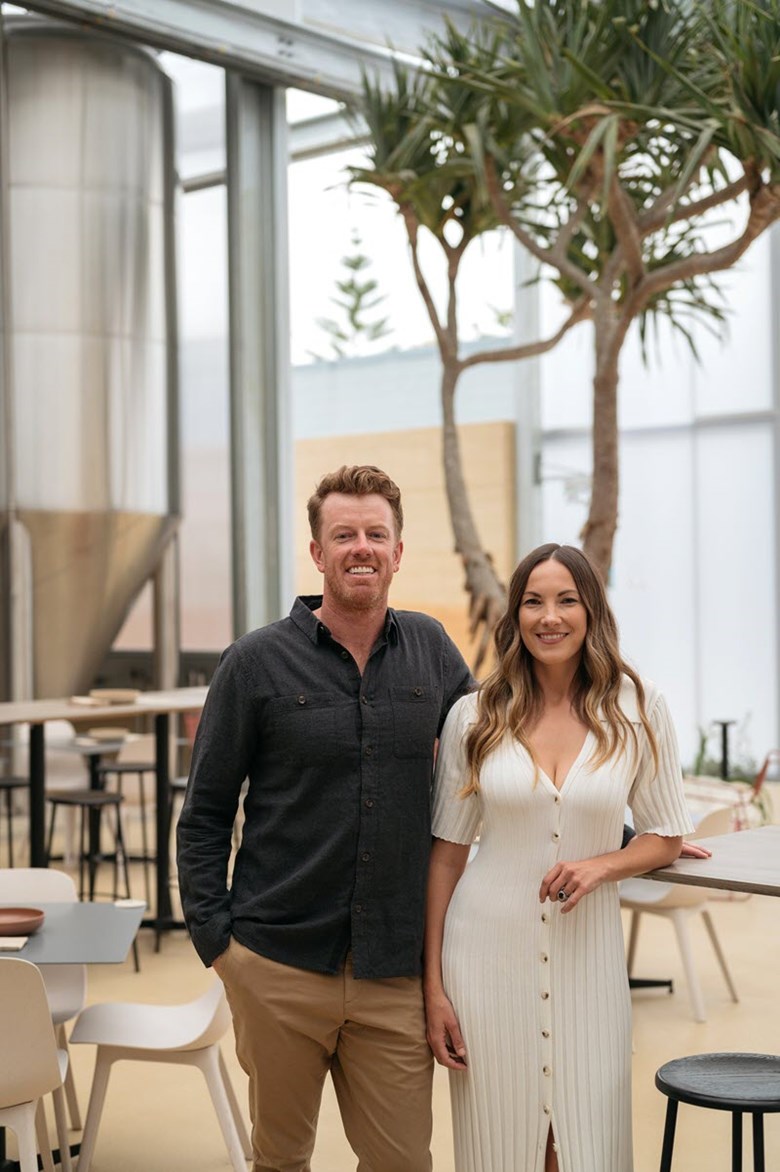 For those serious about the brews there are 36 on tap and something for everyone with Grant explaining,
"I'd recommend a quick look at our "beer-o-meter" visual menu which gives you a clear idea of what journey you're about to undertake and help you make a choice. Or you could try a paddle of 6 serves and choose your own adventure. Everything from crisp and uncomplicated like our lo-cal fruity XPA or our brand new Cerveza, all the way to the mind altering hazy hop bombs like Neon Nectar Hazy IPA and rare barrel aged beers like V (an Imperial Stout aged in rare Lark Whiskey barrels for two years). Either way, as Australia's Champion Brewery for three of the last five years, there's a very good chance you'll be drinking a trophy winning beer from our range.

If you're new to Modus, Grant recommends starting with their Modus XPA, light, refreshing and just a touch fruity on the nose. It's also low cal for the athletes. You can then decide to go lighter into lager territory or bolder into Pale Ale and IPA territory.

"The all round key here is freshness of the beer, it doesn't get any fresher than from the tanks!"

and just in time for the warmer months, Modus have launched the Cerveza an ideal uncomplicated summer beer which comes in a neat 12-pack and goes great with a slice of fresh lime. Ideal for those beach days and BBQs. 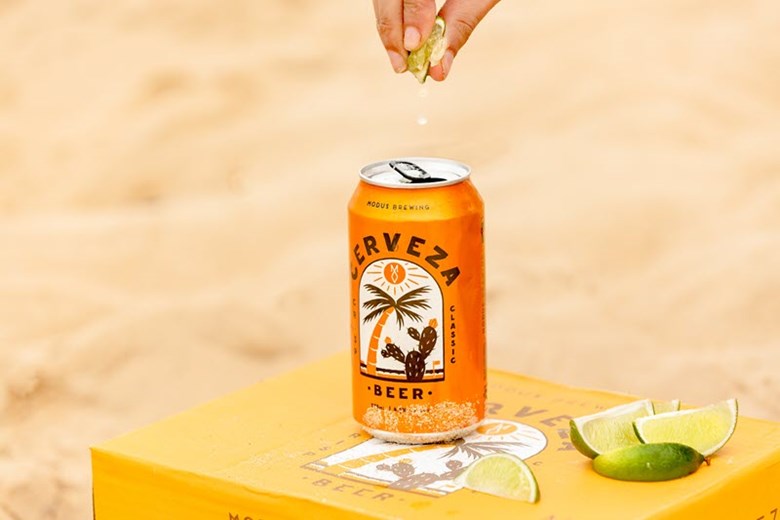 Speaking of the bathrooms, Jaz’s design eye went into overdrive with the Modus Brewing wall of tiles which are just one of the many Insta moments,

“Sustainability is critical to our Modus Operandi. These tiles have been nine months in the making, they’ve been made out of recycled shampoo bottles and I was so hell bent on having our logo displayed on them, and it’s been worth all the effort.”

Like everything with Modus Brewing, the food will take you by surprise with Head Chef Matt Buecheler crafting a not-so-typical brewery menu with Jaz explaining,

"Given the beachside location and the light and airy architecture we wanted to reflect this in the food offering. Fresh seafood, use of tropical fruits and fresh herbs, and mexican inspired dishes have achieved this. Breweries can be known for pizzas, wings, and burgers which we all love but we wanted to offer something a little more diverse and elevated to suit the space and the location.

Don't get me wrong though, we do have classics such as oozing burgers, wings, and steaks but we have poke bowls, prawn pasta, fresh tacos, beautiful barramundi, and tomahawk steaks as an option as well. Being parents ourselves we also offer some healthy kids options which was a must for us given way too many chicken nuggets in our time - ha!"

“It's a big menu and it's tough to pick out highlights but we have been getting rave reviews on the very succulent salt & pepper squid, the blue swimmer crab roll, the oozy bacon MO brisket burger which really is good with a fresh pint and the 1.2kg tomahawk steak is a show stopper and is the perfect date night dish with a big juicy beer or a local red wine.”

The luxuriously large space brings with it endless opportunities and ideas aplenty as Jaz enthusiastically explains,

“The building is really flexible, all of the walls can slide so we'll be able to host all kinds of events as well as being able to offer a variety of dining options. I can see night markets popping up and long table functions, and we have plans to create a kids area that can be completely blocked off and hired out for birthdays and functions.”

This extraordinary venture is a reflection of the passion Jaz and Grant have not only for the beer and hospitality industry but the Newcastle community itself.