I spent some time in Edinburgh and earned my stripes in various Michelin star restaurants. Then I found my lovely Lydia and we headed to Australia, and that’s when I decided I wanted to work at Rick Stein’s.

Relocating from the South Coast in June this year, Mitchell Turner and his partner Lydia have been living the Bannisters life for more than four years now, first with Bannisters Mollymook and now at the Port Stephens location.

Quickly fitting into the coastal life of Port Stephens, on a recent visit to the beautiful Bannisters Port Stephens we caught up with Mitchell to learn a little more about what Bannister life is really like.

It must have been a pretty hectic year for you making the move up from Mollymook, how have you handled the transition?

We moved in June this year, we're now based here full time, but we did take some time off between leaving Mollymook Bannisters and arriving here.

I did a tour of Rick’s restaurants in the UK and worked in a couple of them. I spent the majority of my time in Sandbanks, which is in the south of the UK, which is one of his newer restaurants. Then we went to Padstow, which is considered the home of Rick Stein and that was a really good thing to do before we settled in here.

Does Bannisters Port Stephens have a different feel to Bannisters Mollymook?

It is different, Mollymook has its charms, it’s beautiful, it’s sleepy and relaxed, like the Bay, but it's quite different as well. We’ve spent the last four and a bit years in Mollymook and what I discovered was that life very much revolved around the beach, and as much as I loved that I think I was the only person in town that didn’t surf.

Don’t get me wrong I still loved it, but Port Stephens seems to have a lot more to offer like the boating and fishing, surfing, as well as beaches, there just seems to be more water activities here that suit me.

It also feels a little more established and I feel like we've arrived at a good time. The locals are excited about what we’ve brought to the area and there seems to be a lot going on in the food scene. Also being so close to the Hunter and Newcastle I am looking forward to using my days off to explore the area. 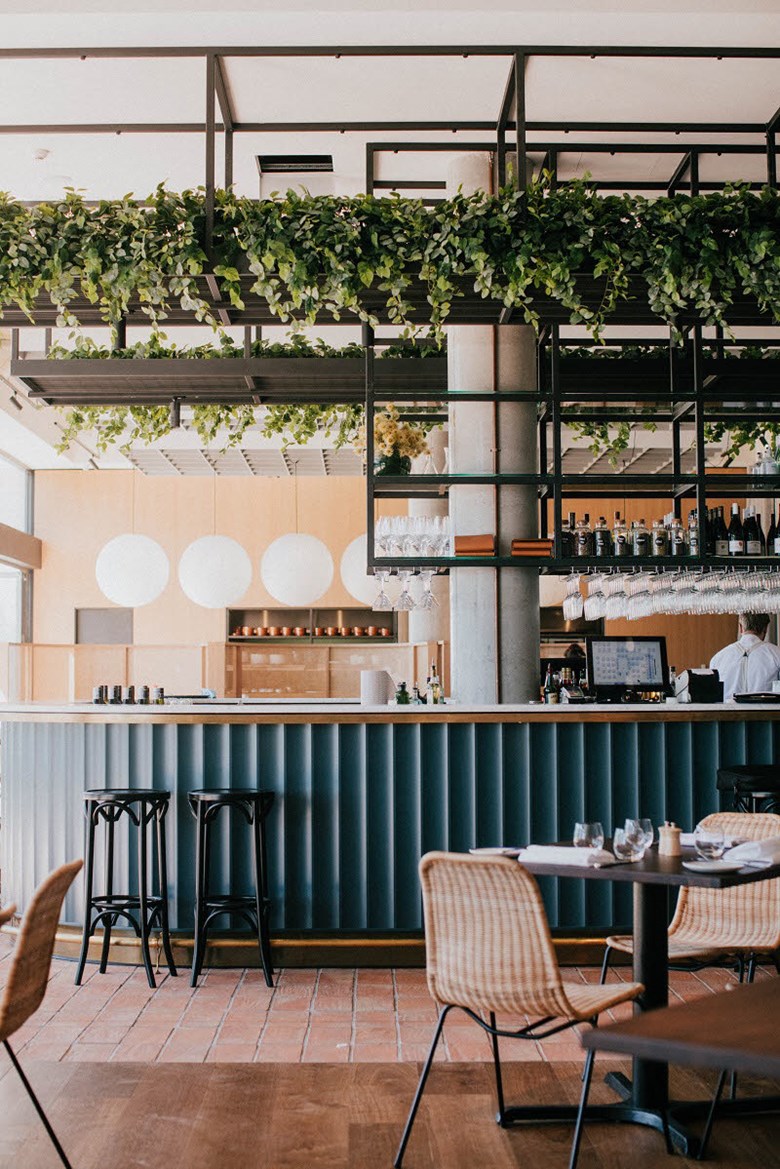 How did you come to start working at Bannisters?

I am from Wollongong originally, which is two hours north of Mollymook. I used to holiday down there quite a lot and one of my friend's sisters worked at Bannisters, so I had been aware of it for a long time and always thought it would be amazing to work there.

I finished my apprenticeship as a Chef when I was in Wollongong and I heard that Rick Stein’s was going to be established in Australia, and I’d always been a Rick fan, I really had I am not just saying that because I work here, I grew up watching his food programs.

However, I had already decided to head overseas for a few years. I spent some time in Edinburgh and earned my stripes in various Michelin star restaurants, then I found my lovely Lydia and we headed to Australia, and that’s when I decided that I wanted to work at Rick Stein’s.

Given we had just left a big city we didn’t really want to set up in another one and Rick Stein’s was genuinely on the top of my list to work at.

So the decision to head south was a good move then?

It was the best thing we could have ever done. I was blown away by how nice the people at Bannisters Mollymook were and how approachable the food was, it’s not pretentious in anyway, they just do nice food, and I thought that was awesome. We didn't plan on staying for long but we ended up working at Bannisters Mollymook for 4 ½ years. 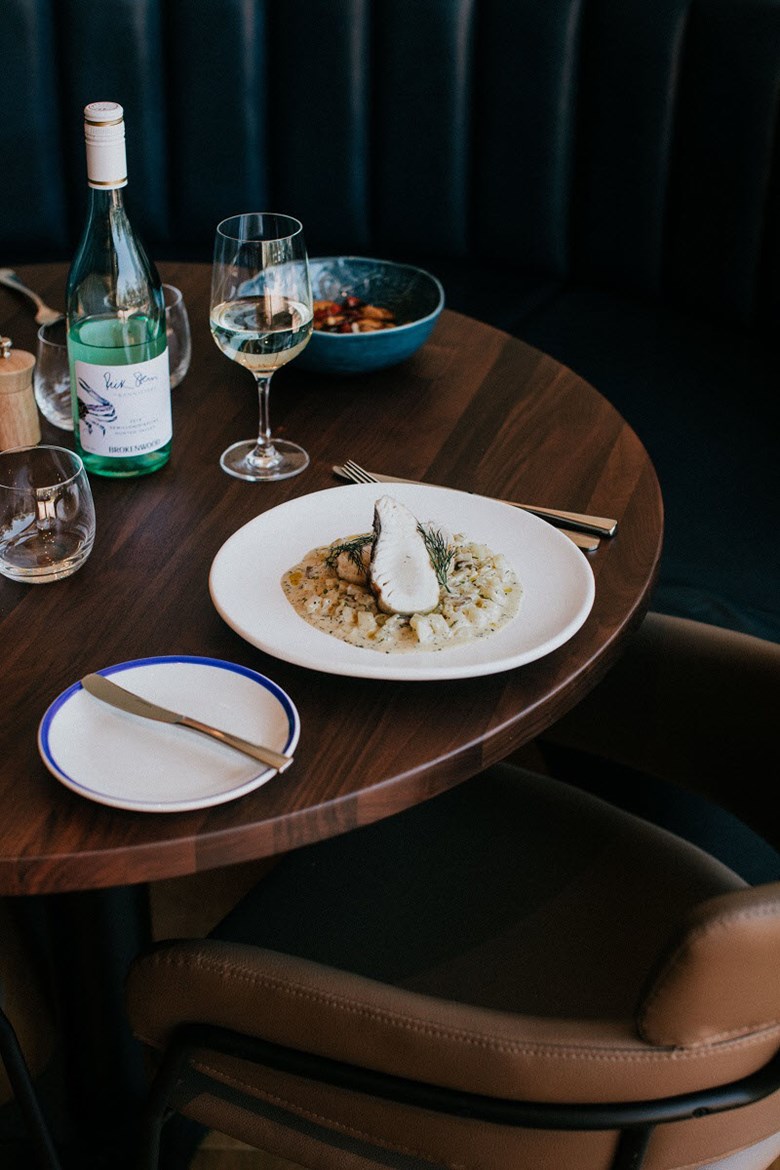 You’ve moved through the ranks of Bannisters, what is your role now within the hotel?

I was the senior Sous Chef at Rick’s Mollymook when I started, when the second Bannisters hotel opened in Mollymook I was given the opportunity to run the kitchen. Then the Port Stephens opportunity came along and I couldn't say no, and I am still riding the high, I am absolutely loving it, life’s good.

Are the restaurants at each of the Bannisters all quite similar in offering?

The same approach is taken at each restaurant, again it’s that no pretentions. We source the best seafood where ever it may come from within Australia, we are strictly Australian only seafood. We do our best to champion the local area so we use only Port Stephens oysters at the moment and whenever possible we’ll showcase whatever fish we can source from the area.

For example, instead of using Sea Bass we’ll use Whiting so we get to put our little jazz on it, and we chat to Rick at least once a week about what's going on the menu.

So Rick is quite involved with the restaurant

I get asked that a lot and yes he is. I mean he has his UK restaurants to look after but we keep him up to date with what’s happening in the area.

He was down for the grand opening recently, he spent about a week here and we used every day to talk about the menu and what he likes. As an example Rick loves his spices with fish, he’s not afraid to do a fish curry, as Rick says, ‘if you’ve got good fish it will only make it better’. So it's a combination of Rick's suggestions and what we see as being fit for our climate.

We chat at least once a week, both with Rick and his wife Sarah and the feedback could be ‘that’s great keep it up’ or there might be ‘have you tried the Pollichathu', which is fish cooked in banana leaf. We did this for the grand opening and it's on the menu now. 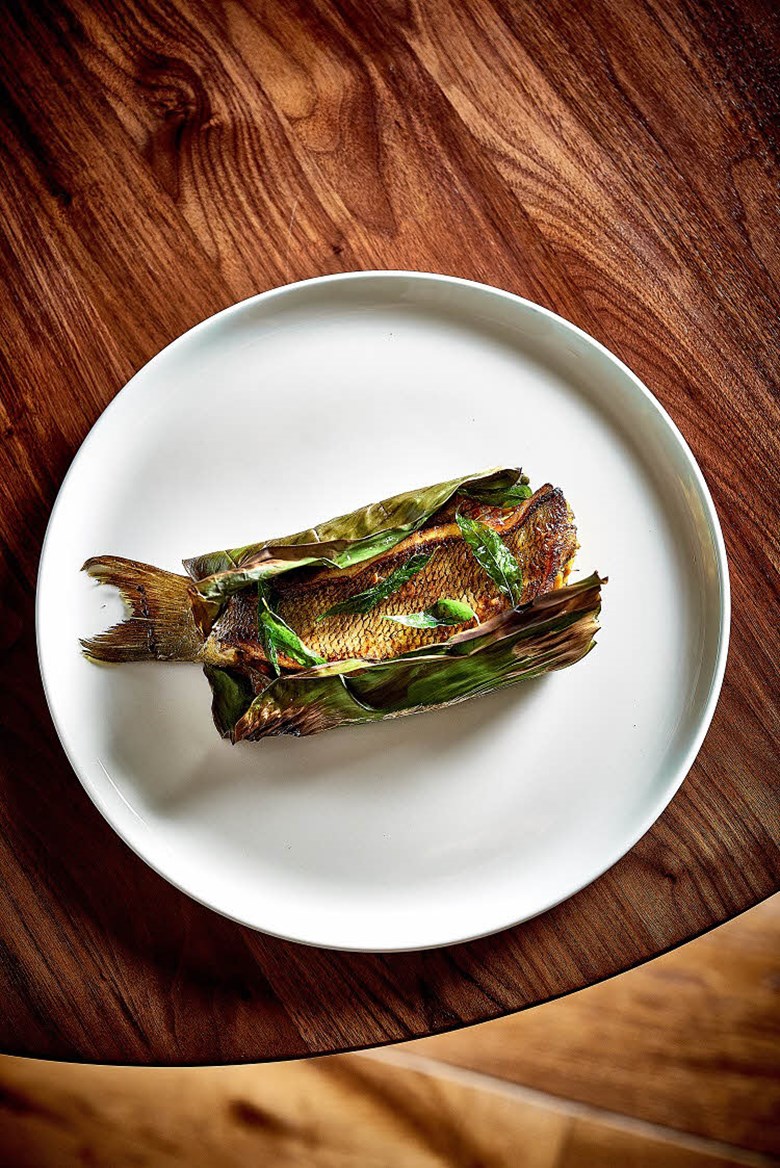 With so much seafood on your doorstep does that make deciding on a menu difficult?

The menu changes daily and it’s dependent on what fish we get. We use Shane’s Seafood from Toronto, they’re amazing. They are the best fishmongers that I’ve ever personally dealt with.

I’ll get texts first thing in the morning saying what’s on at the market and we'll have it in the kitchen that night. Every day they’re at the markets, five days a week, which is so important especially when you’re working with school prawns and whitebait which are so dependent on their freshness. Their variety is also second to none, we’re so spoiled up here.

Seafood is obviously the hero on the menu, are non-seafood diners taken care of as well?

They are, Rick Stein is pretty much known for his seafood and with our location, we couldn’t really work in any other way. However, we do have a few meat and vegan options and one of my favourite dishes is the Sri Lankan Cashew Nut Curry which is completely vegan. We’ve had that on the menu from the beginning because it is a little left of field and that is Rick.

If you watch his programs they aren’t just one dimension he does cooking and he does travel, through India and the far East as well as Europe. So we dabble in some of the meats and interesting vegetarian dishes from those regions, but it is very much about the seafood. How could you not when living here!