Every time we land ourselves in the family-friendly suburb of Lambton, we’re pleasantly surprised with how much is happening on and around the main street, Elder Street. With authentic Spanish tapas venue; Rosabar, lifestyle store; Sobelle Living, house-made sourdough and coffee store; Williams Artisan Bread and Espresso lining the main street, the up-and-coming suburb welcomes a brand-new face to town; Matchbox Espresso. 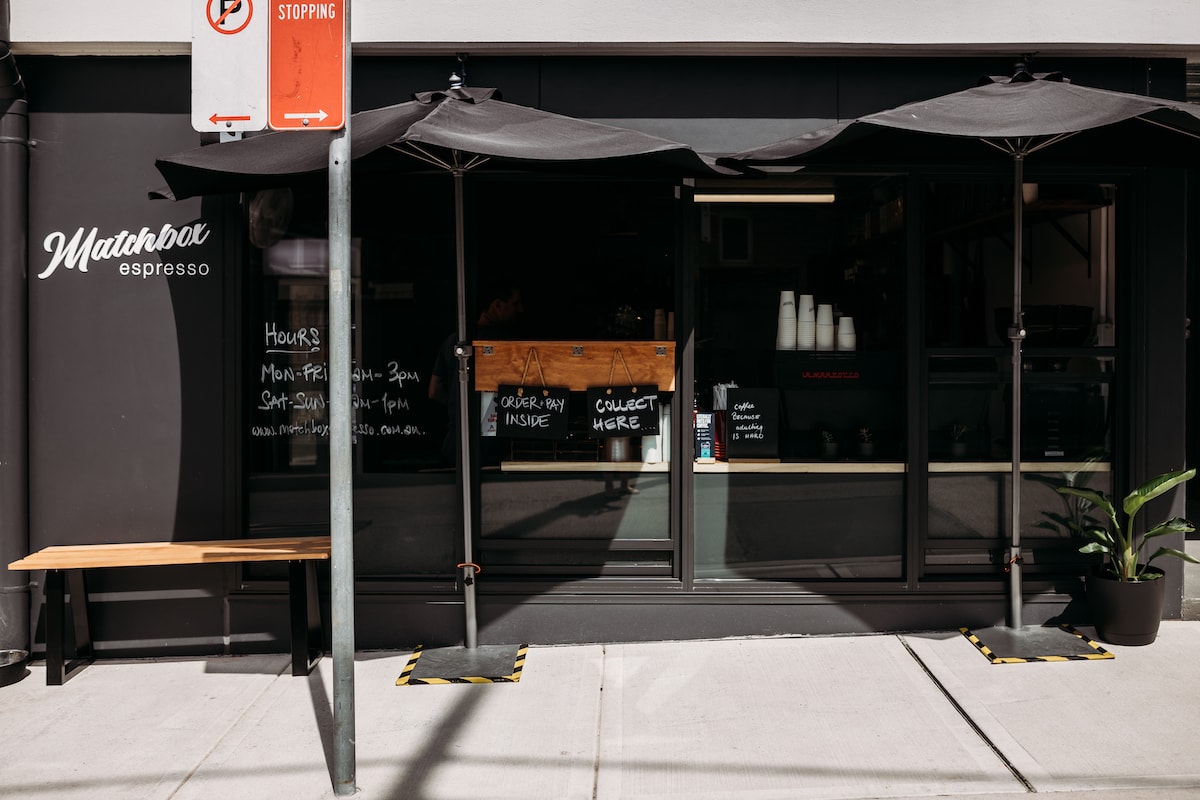 Brought to you by the friendly-faced owner Adrian, Matchbox Espresso is not his first coffee rodeo. The Sydney born and bred self-confessed coffee connoisseur has jumped his way not only across NSW about abroad, opening up two coffee carts and a café in the seaside town of Brighton in the UK.

“I’m from Sydney originally. Started in the café scene probably in 1993 and have been doing coffee seriously probably since 1996. I did a stint with the Fratelli Paradiso boys. I ran the bar and coffee for them before I headed to the UK.

“I lived there for about 6-7 years and set up two coffee carts at the train station then we set up a café called Nine Bar. Came back and didn’t want to do Sydney, so I decided to go to Tamworth because my parents were there.”

So, to Tamworth Adrian went where he set up the local favourite and ever-so-popular Addimi café situated right in the heart of town.

“Mum and Dad knew a fair few people in Tamworth so we set-up Addimi there and it’s gone gangbusters. It’s a grab n’ go set-up now, but it was a 95-seat venue with a liquor license. It will be 11 years in March since we started that up.” 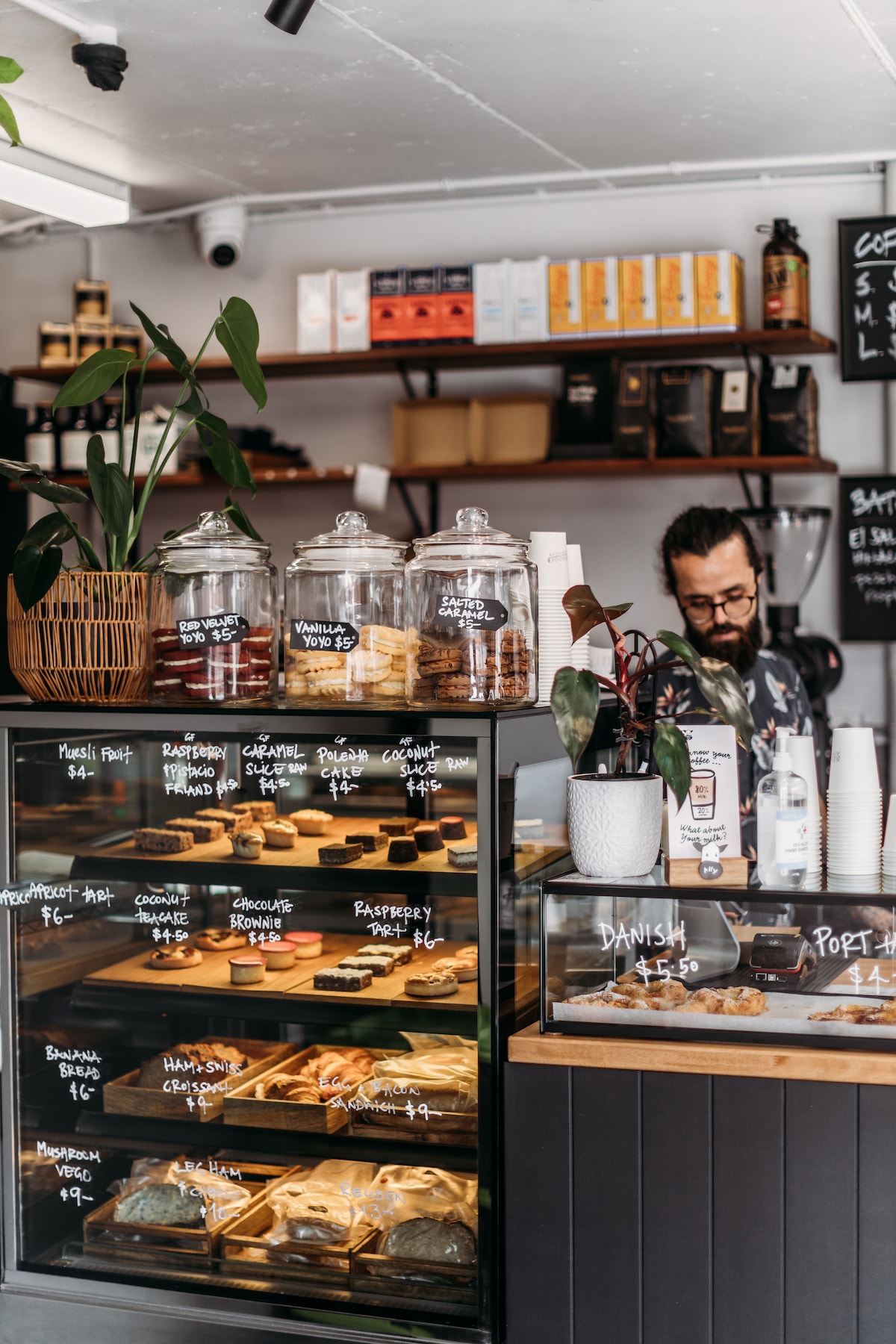 Looking for the next big café move, Adrian started talking with the guys behind GWH about doing something in Newcastle. Whilst the city was enticing, it was the suburbs Adrian had his eye on. It wasn’t long before he was pitched this exact space and before he knew it he was coming up to check out the site.

“We got the keys in August this year. But we’ve been talking about it since June last year. I’ve really seen this building from the ground up.” 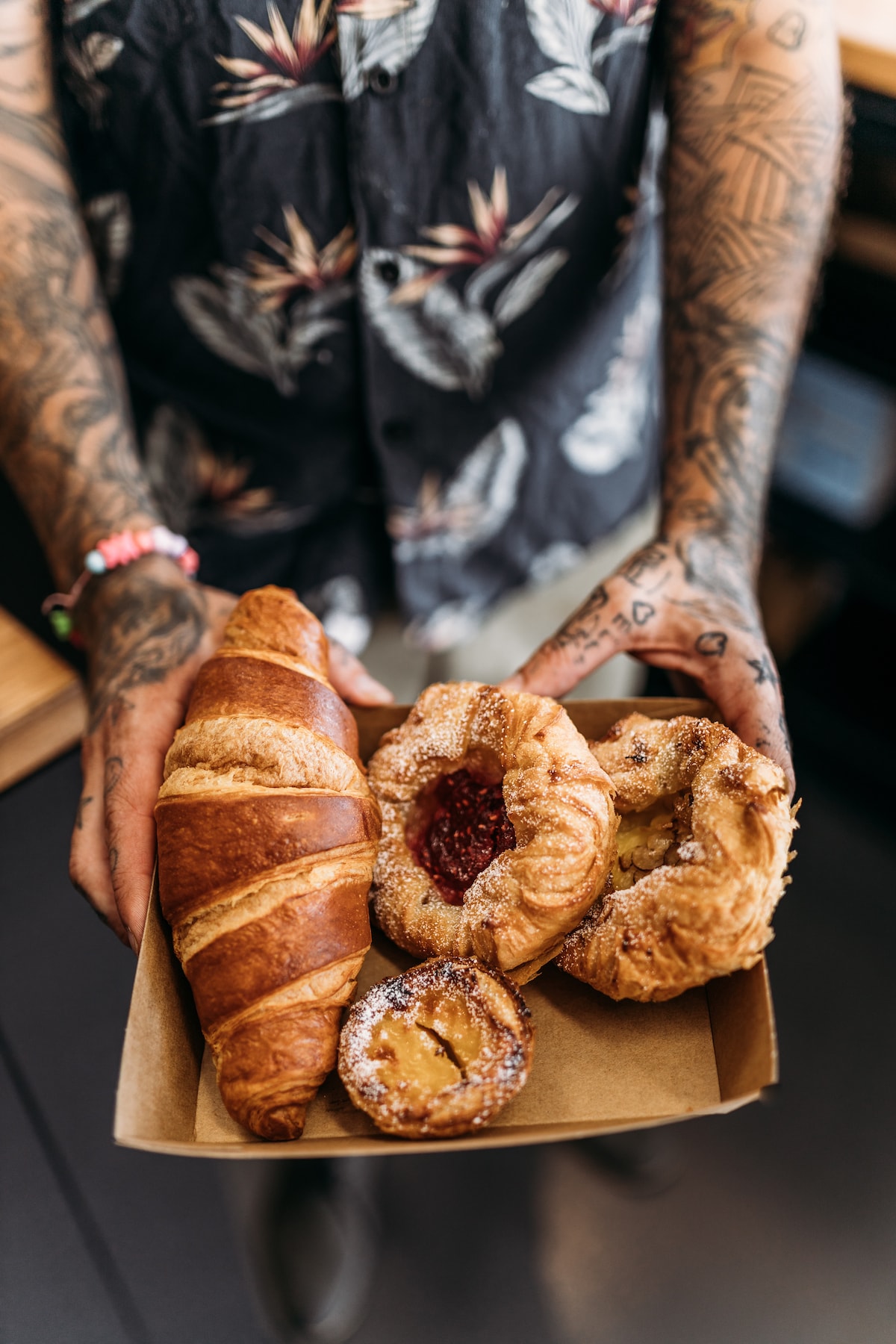 Sitting just off of the main street on Grainger St within the new development that is 121 Elder, Matchbox Espresso may only be small, but it packs a punch. Serving up specialty coffee with Allpress blends alongside an array of baked goods delivered fresh each day from Brasserie Bread and pastries baked in-house as well as plenty of sandwich options. Our suggestion? Get the pastrami – they make it in-house! 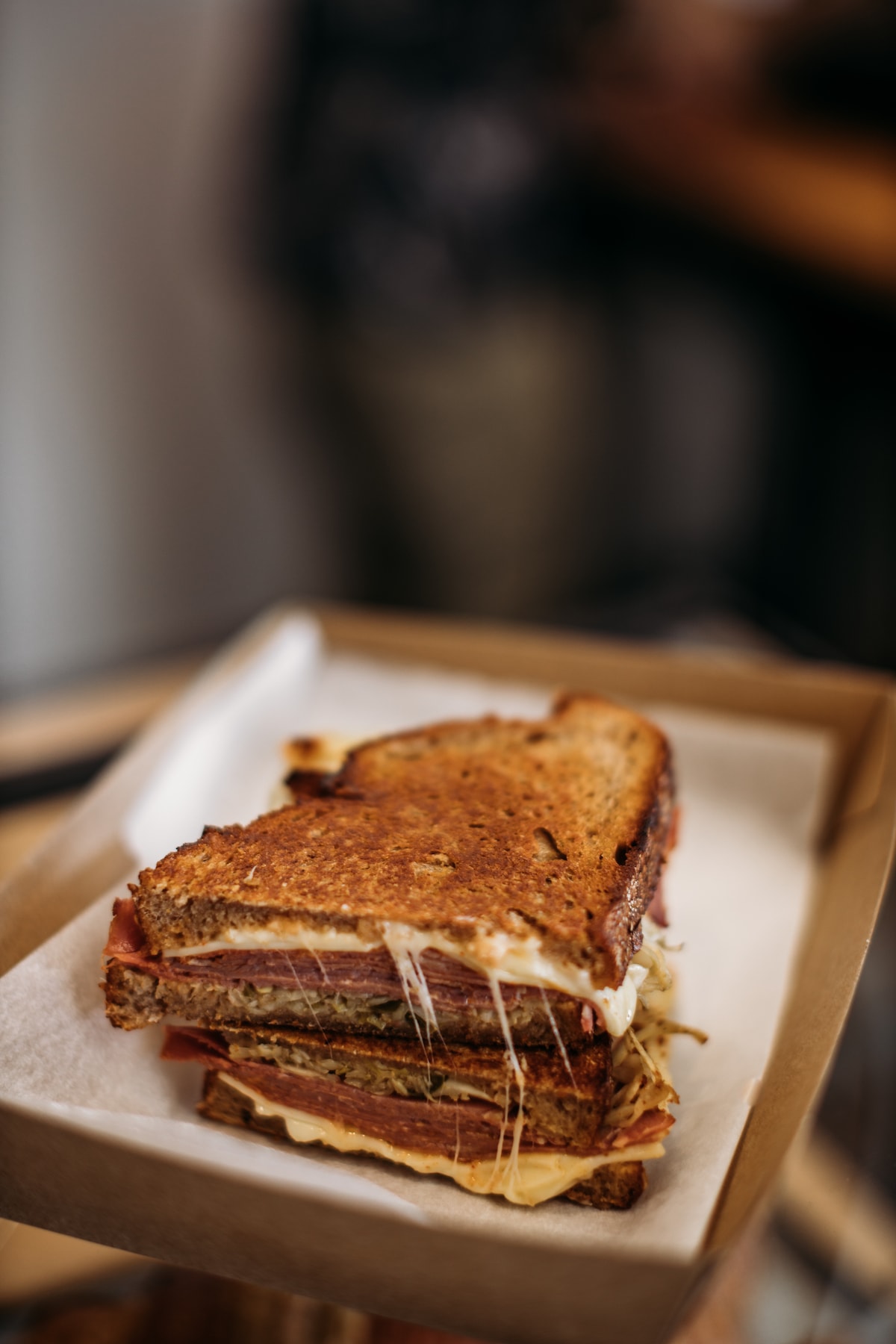 “The idea is to take advantage of Lambton Park. There’s a lot of people in the park having lunch. There’s lots of families around here. So, to be able to grab something then go sit in the park is ideal.”

Now, what about the name? What exactly is Matchbox Espresso? 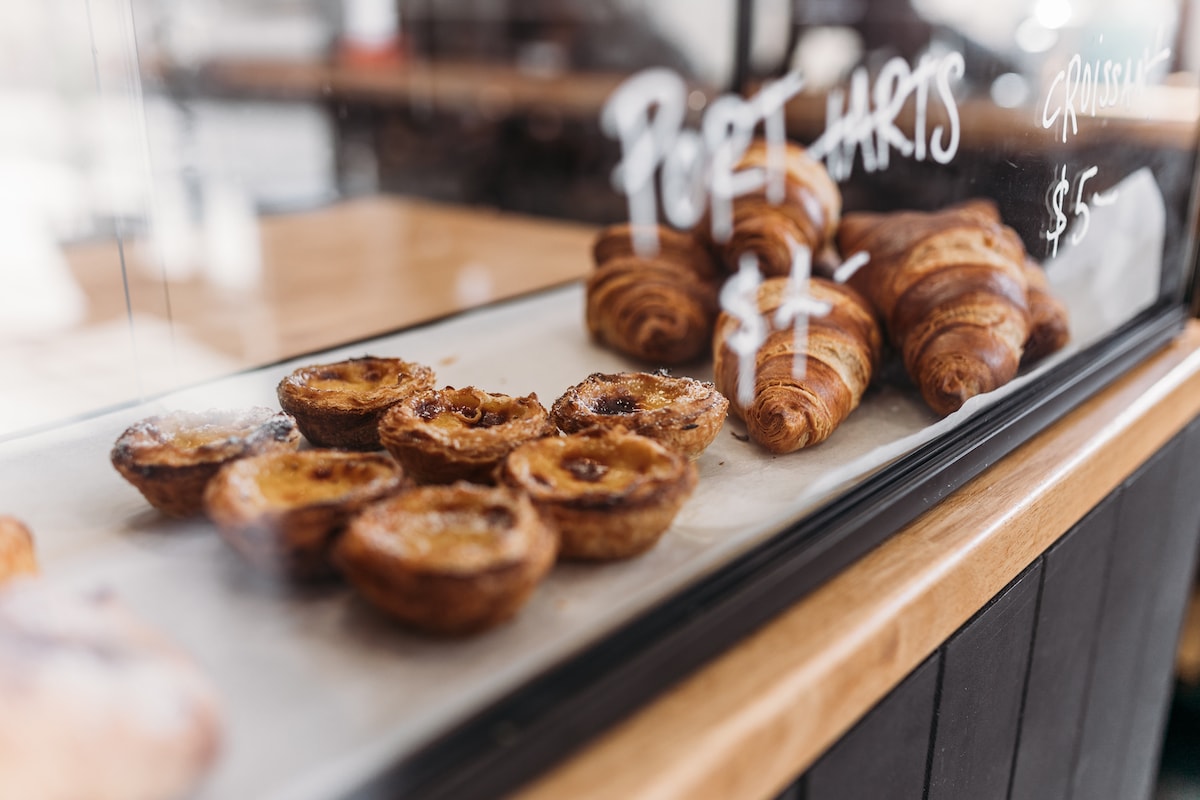 “Matchbox is a homage to friends in Sydney who had a place called Matchbox. They were great people I always said to them, if I ever had a small place again, I’d call it Matchbox. The guys ended up having to close-down their space, so this was a homage to them, and it works because this is such a small cosy space.” 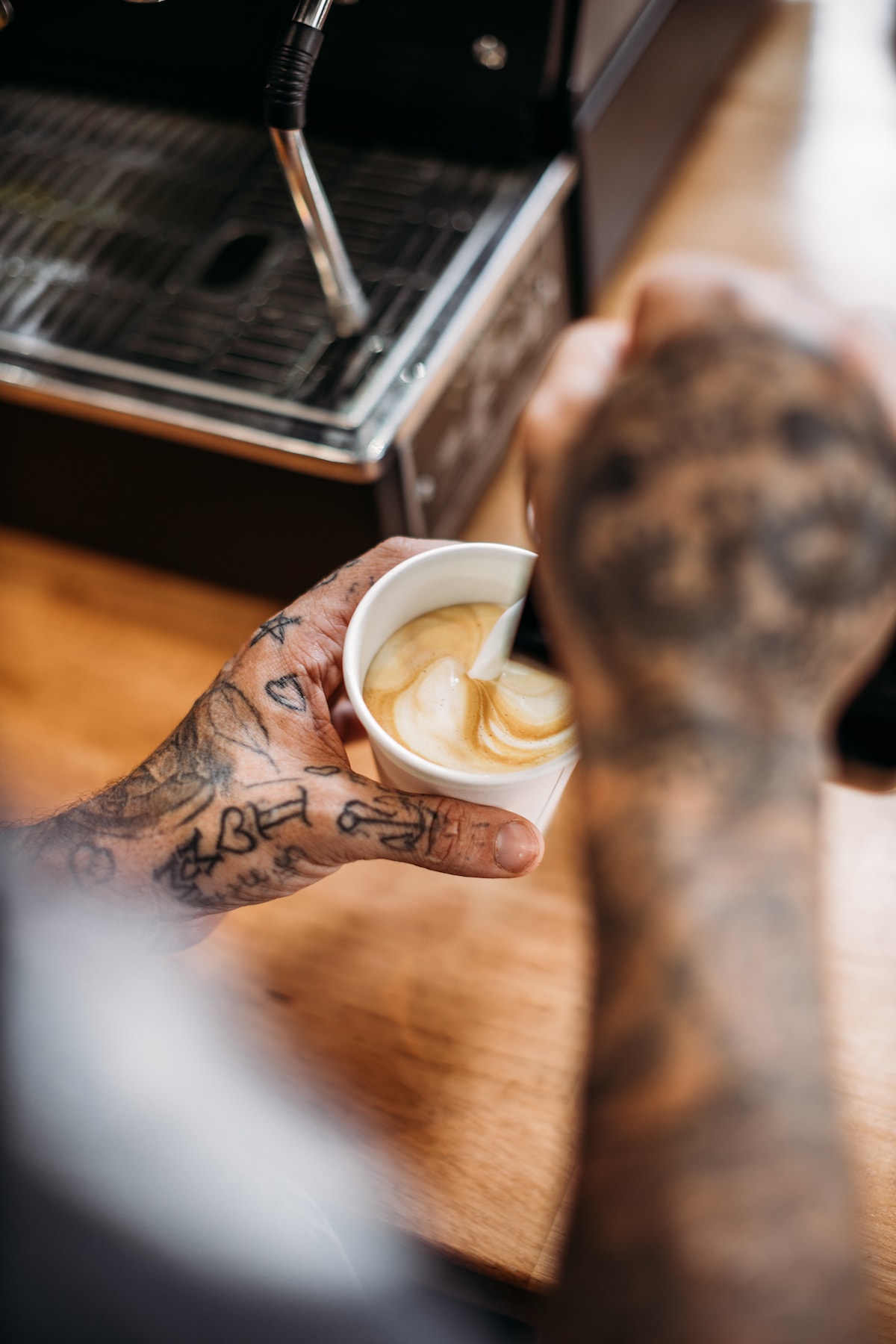 If you’ve already had the pleasure of getting the Matchbox Espresso experience, there’s a good chance you might have noticed the signage in the window of the space just next door; Elder St Pantry. Adrian and his team are working towards bring the people of Lambton their very own Italian styled deli, set to open by Easter 2021. 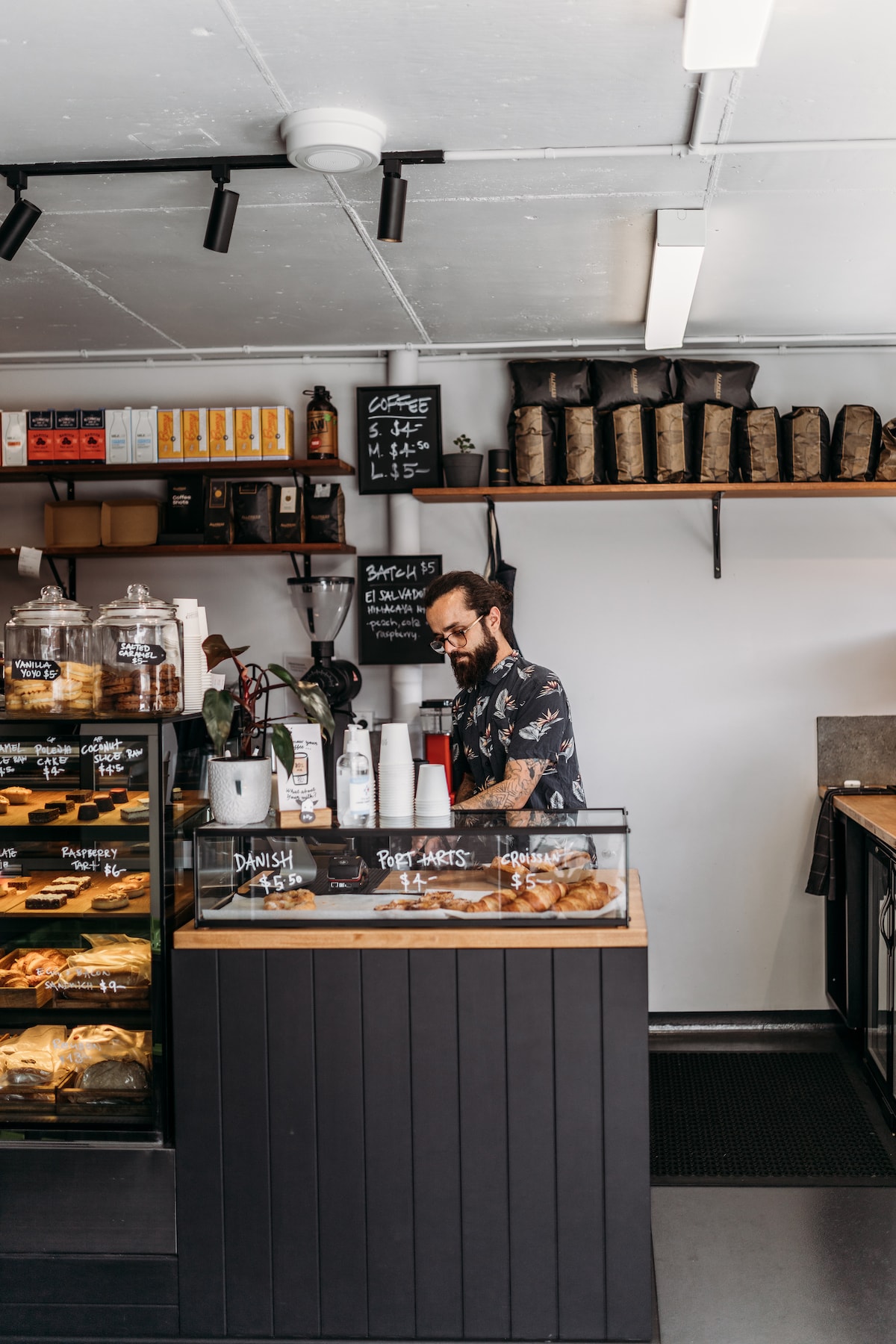 “Elder St Pantry is going to be an Italian styled retail deli and we’re going to have some seating available, say 10-20 people. We’ll have everything from whole aged parmesans, aged prosciutto, olives, baguettes made to order, etc.

“You’ll be able order hampers and picnic baskets online. You’ll also be able to come in and pick a salad up or get a charcuterie plate. Grab a wine from the fridge or the shelf, enjoy it at the table or take it home with you.” 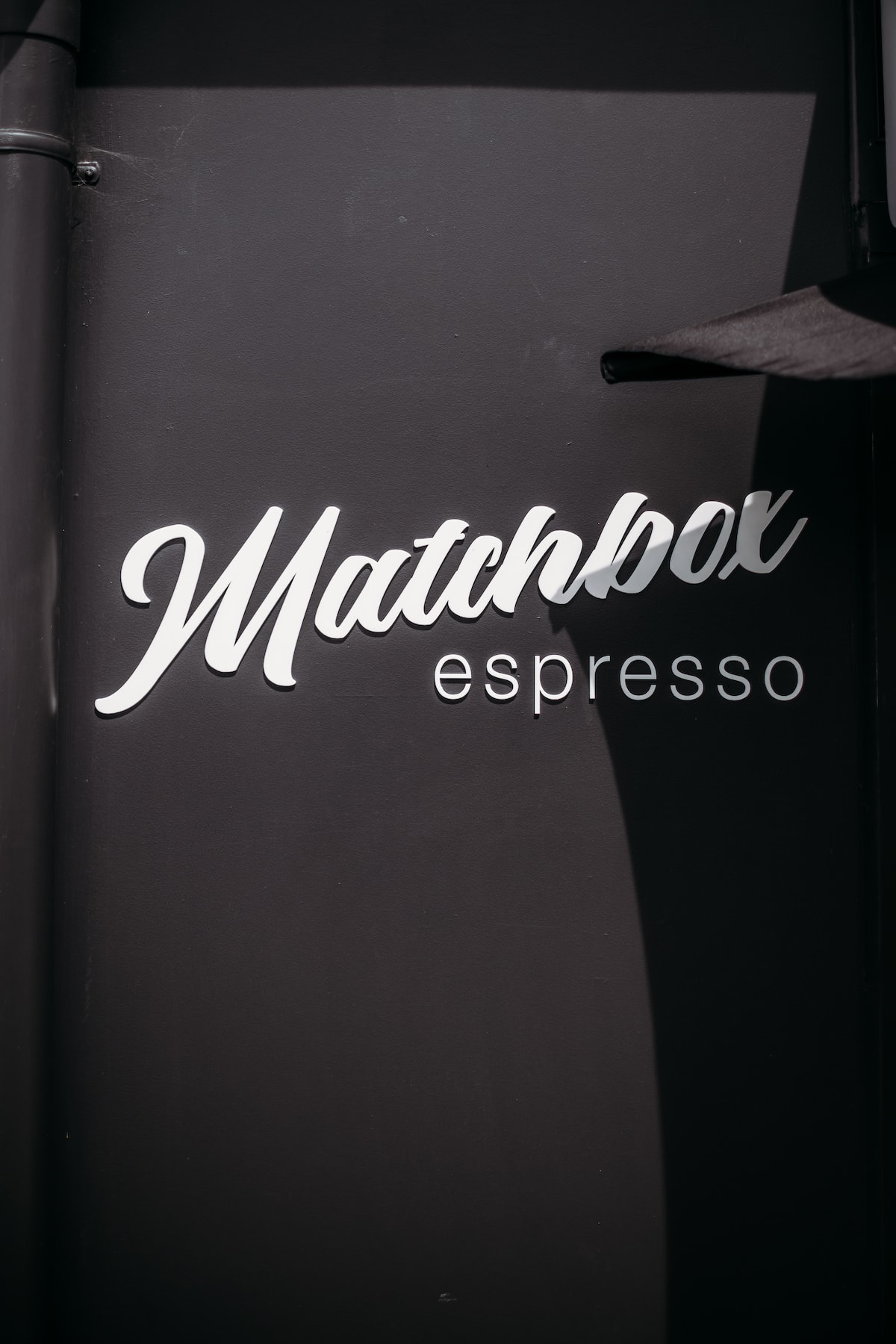 We’ve got a whole lot of love for Matchbox Espresso and the vibes they’re bringing to the suburb of Lambton, and we’ll be watching Elder St Pantry closely so make sure to watch this space.

Lambton gets its very own late-night venue