Handmade gelato with a retro twist in Toronto

Self-confessed foodies, Andrew and Sheli Carloff have been in and around the food industry for a long time, for years selling fresh produce to local restaurants and fellow foodies. When they felt their time was up in the produce world they sought a new challenge, one that was a little sweeter.

Located on Victory Parade, Toronto, Greg and Audreys is the result of years of messing around in the kitchen with a serious icecream making machine. This beautiful little diner, named after Greg and Audrey from the movie Roman Holiday, is bursting with personality and some pretty sweet ice cream. 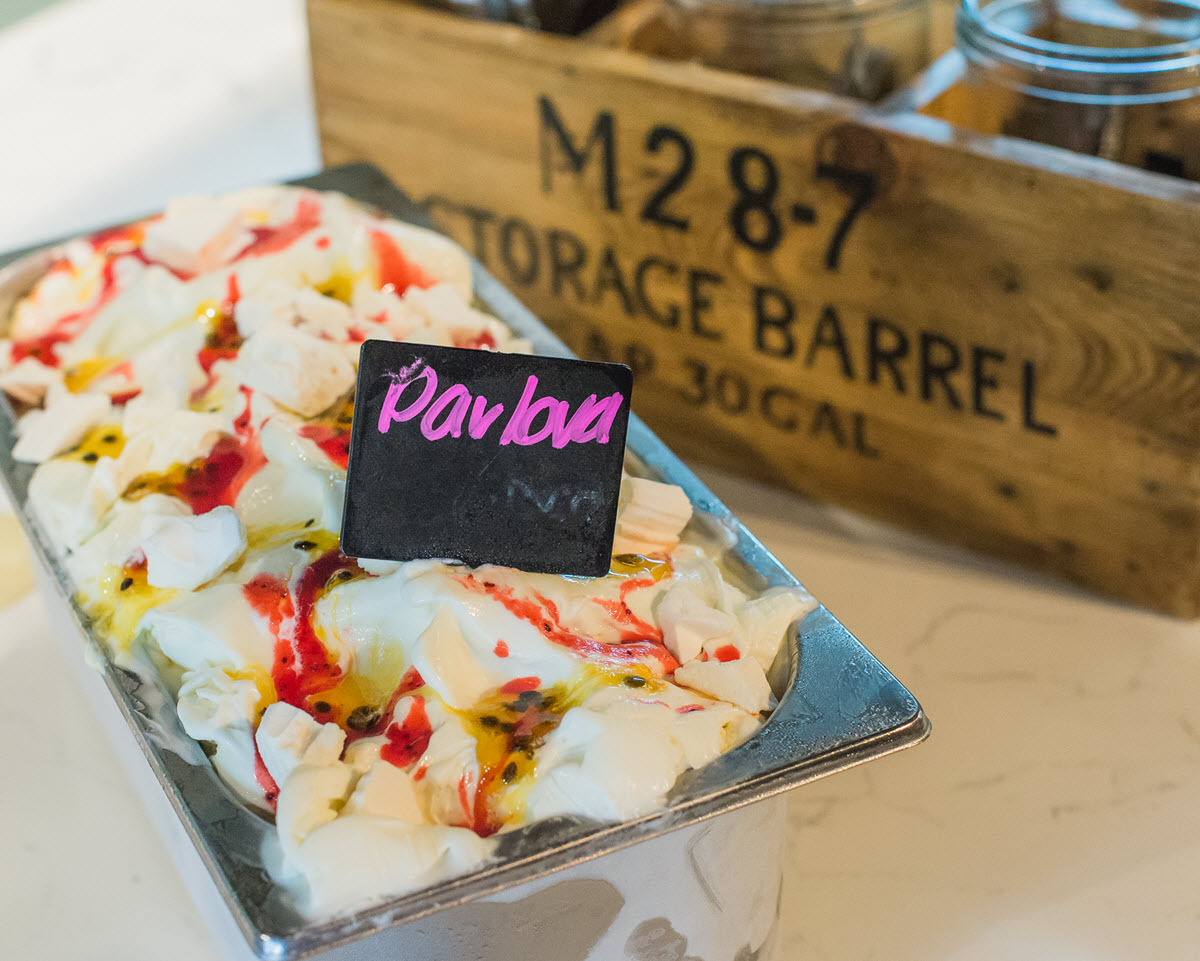 Making it all from scratch on site, Andrew said they try to keep out all the nasties resulting in about 90% of their ice creams being free from artificial flavours, colours and preservatives, with he explained,

“If we say it’s a pineapple flavoured ice cream then we’ve cut a fresh pineapple up and put it in.”

There are a few flavours that you’ll find on every visit, but with more than 100 different flavours in the recipe book no matter what day you visit you’ll discover something new and exciting. On our visit, we just happened to snag a taste of the balsamic, fig and mascarpone flavour, which pretty much blew our minds. Likewise with the honey and rosemary, and the good old fashioned mint, which literally tasted and smelled like the delicious little herbs had jumped straight from the garden and into my mouth. 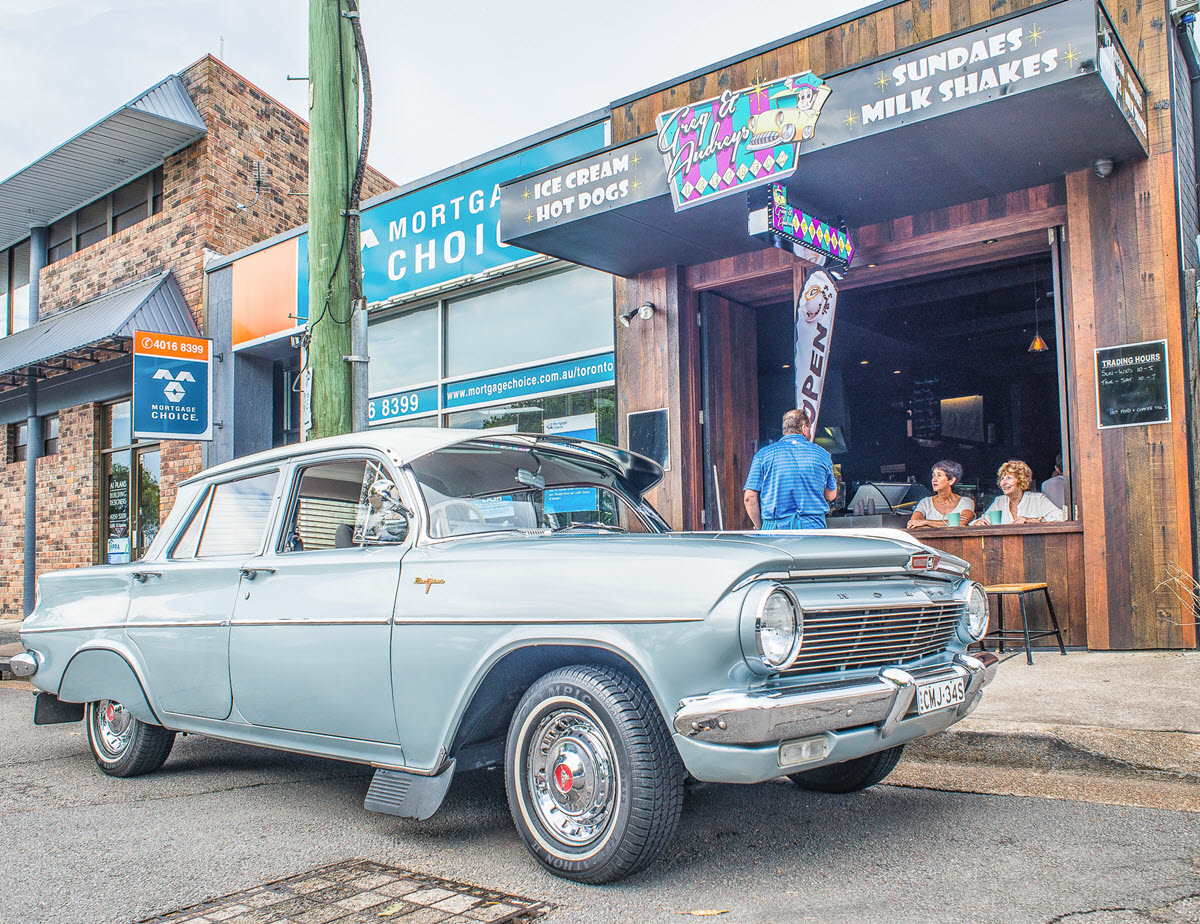 Andrew says that they try to cater to everybody, with the bubblegum being a favourite with the kids, likewise the chocolate and salted caramel,
“But we like to get funky with the flavours and have a bit of fun with them, like the pineapple, chilli and coriander or the apple blueberry cobbler ice cream. And then there’s the savoury range like the satay and the vegemite flavour, which isn’t for everyone.” 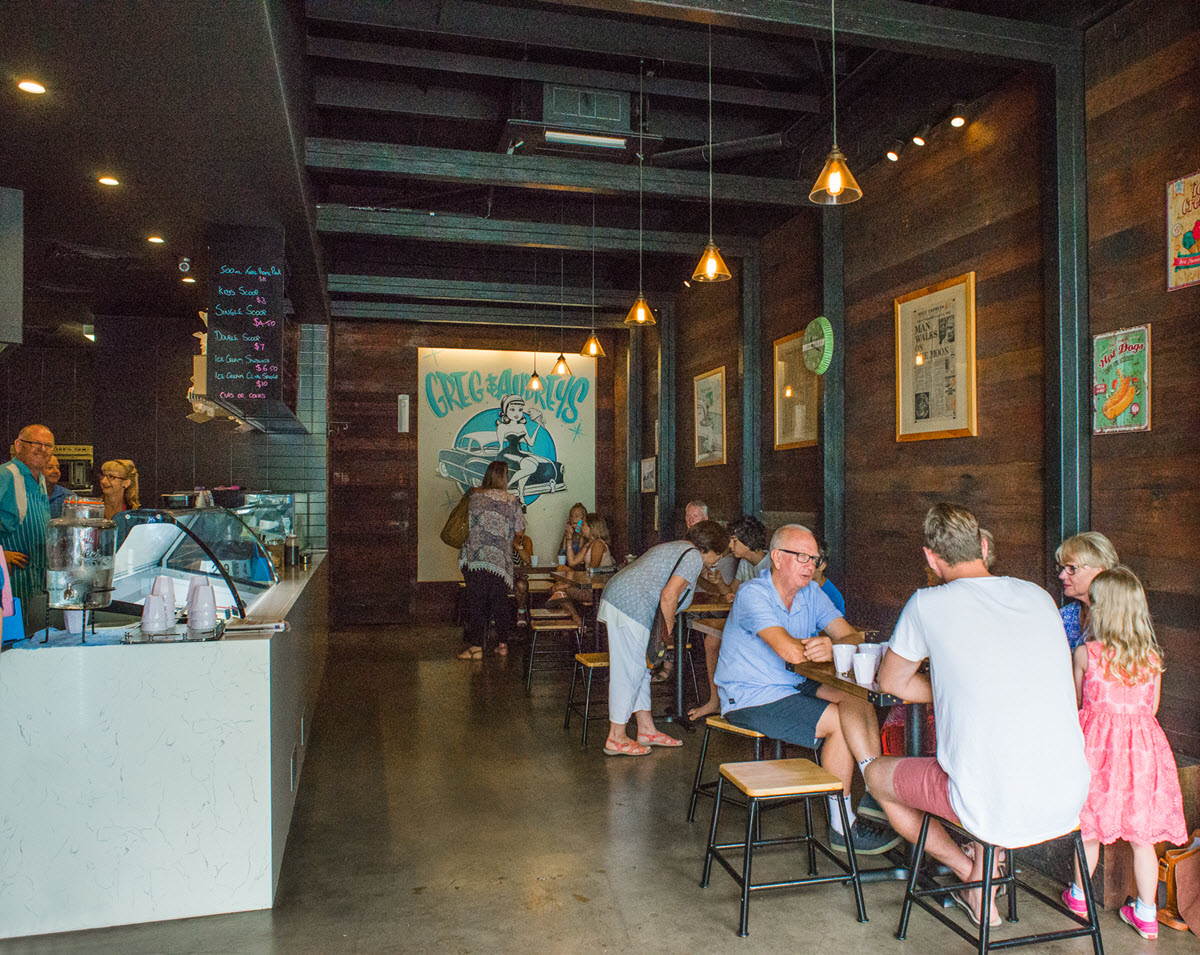 The quirky interior is good enough reason itself to sit for a little longer, and whilst Greg and Audreys may look like an American diner, Andrew said they’ve gone for more of a retro theme bringing all the good stuff from that era whether that be from Europe, America or Australia. The ice cream itself is a gelato recipe with French and American flavours, rather than Italian.

Whether you're after something a little funky or one of the old time favourites we recommend taking a drive around the Lake and checking out Greg & Audreys as soon as you can.