Spirit of the Hunter

The Hunter region certainly doesn’t fall short when it comes to its offering of wine, beer, and spirits, but there’s one spot that can be found in the heart of Newcastle that has flown under the radar: Newcastle Distilling Co.

With plans to open not one, but two cellar doors across Newcastle and Lake Macquarie in 2021, the goods developed by Newcastle Distilling Co will finally be available to taste test for both locals and visitors alike.

Brought to you by local distiller, Lucas Cattell, the distillery has been a culmination of over twenty years of love for the industry and plenty of trial and errors.

“I’ve always been into it. I picked up a 25L still from a garage sale when I was 17. I didn’t know how to use it, and twenty years later here I am.”

In 2014, following the loss of a dear friend and years of umming and arring about making it happen, Lucas bit the bullet and decided to put all of his time, effort, and savings into making his dream a reality.

“Two weeks before my mate had passed, I was telling him about what I wanted to do with the distilling and his words were something along the lines of, life is too short, and you don’t know when it’s going to end. Then two weeks later he died.

“That same day I put my resignation in and the next day I leased a place in Cooma on the South Coast and then moved down a month later. It was pretty full-on.” 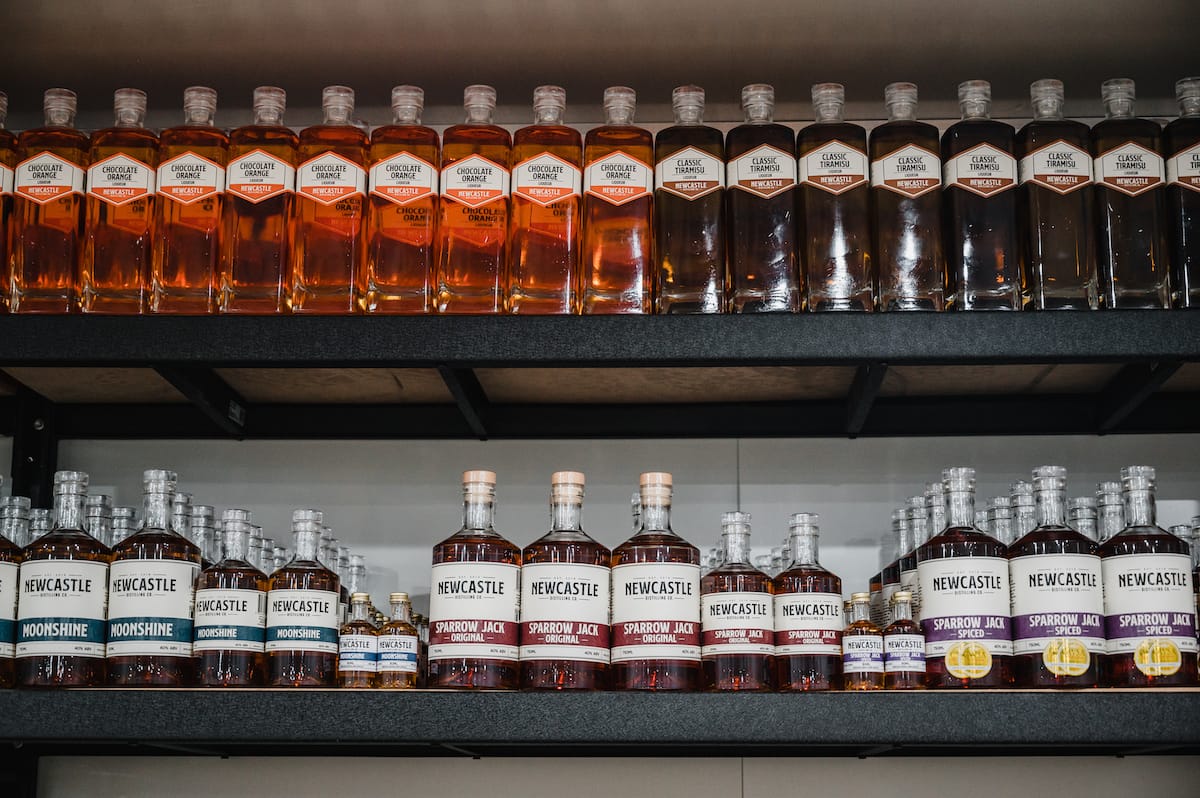 Kicking off things down on the South Coast in Cooma, the brand was originally known as Catcher & Co. In 2018, Lucas moved back to Newcastle and with it decided it was the time to rebrand and connect the people of Newcastle with their new brand; Newcastle Distilling Co.

“First all we had was Vodka, Moonshine, and the Bathtub Gin. We’ve slowly expanded since then to now where we have about 36 products in our range. We didn’t plan on having so many products, well we did but they were to be for our cellar door. That’s why you want to have a variety of products for a cellar door and we’ll be opening two of them very shortly.” 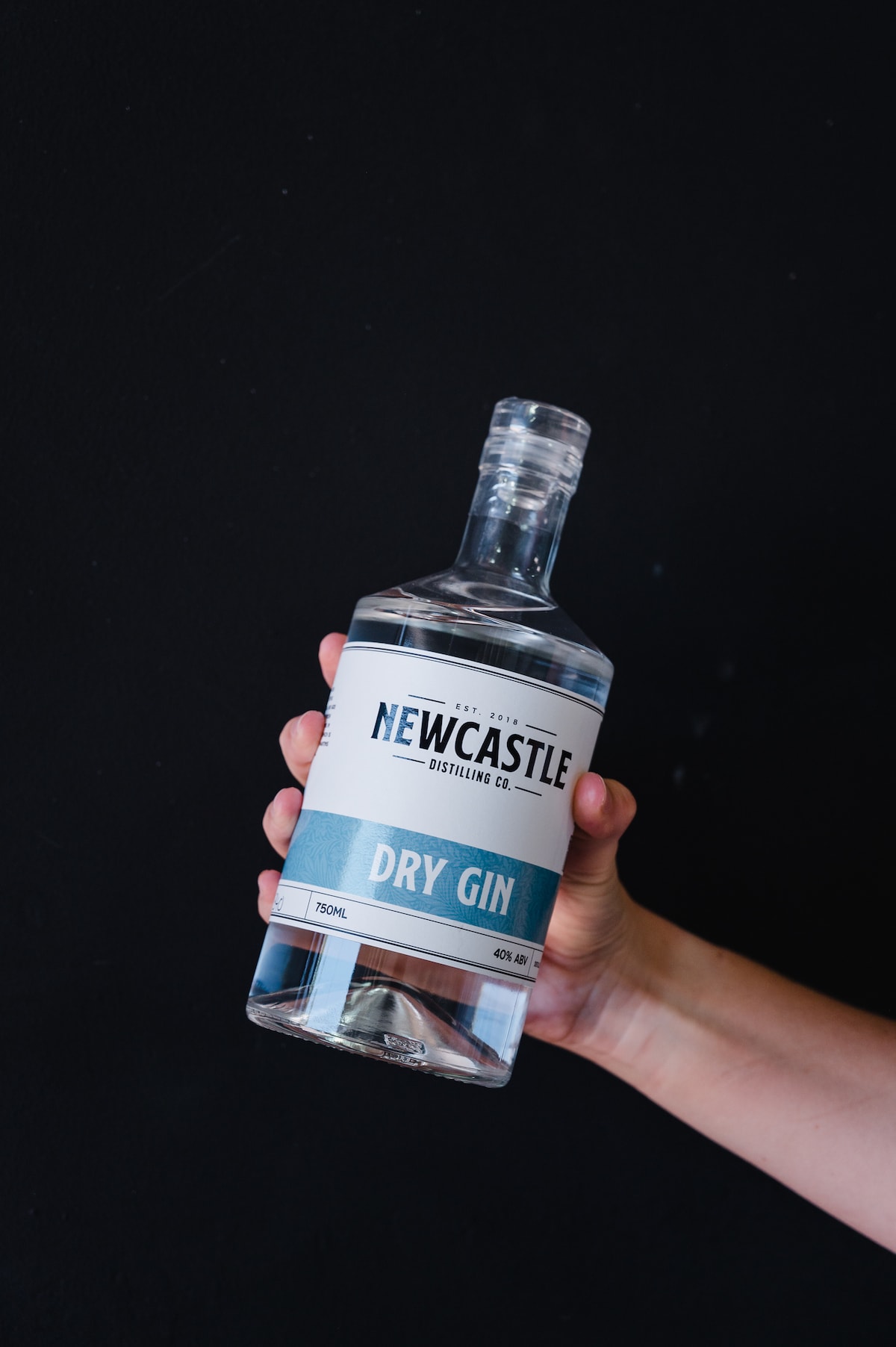 With 36 products available across the Newcastle Distilling Co range there’s no doubt there will be something to suit everyone’s tastes. In the spirits category you can shop Vodka, Dry Gin, Strawberry Infusion Gin, Sparrow Jack Spiced, Sparrow Jack Virgin, Moonshine, and my personal favourite; the Bathtub Gin.

“In the 1920s Prohibition era, they used to make gin in the bathtub. They would throw all of the ingredients in the bathtub, put a sack over the top and leave it for a few weeks then drain it off the liquid to create Bathtub Gin. We pretty much do the same thing, minus the bathtub.”

“Bathtub Gin is more of an infusion style as opposed to a distilling style of making gin. It’s quite intense with a lot of strong flavours going on.” 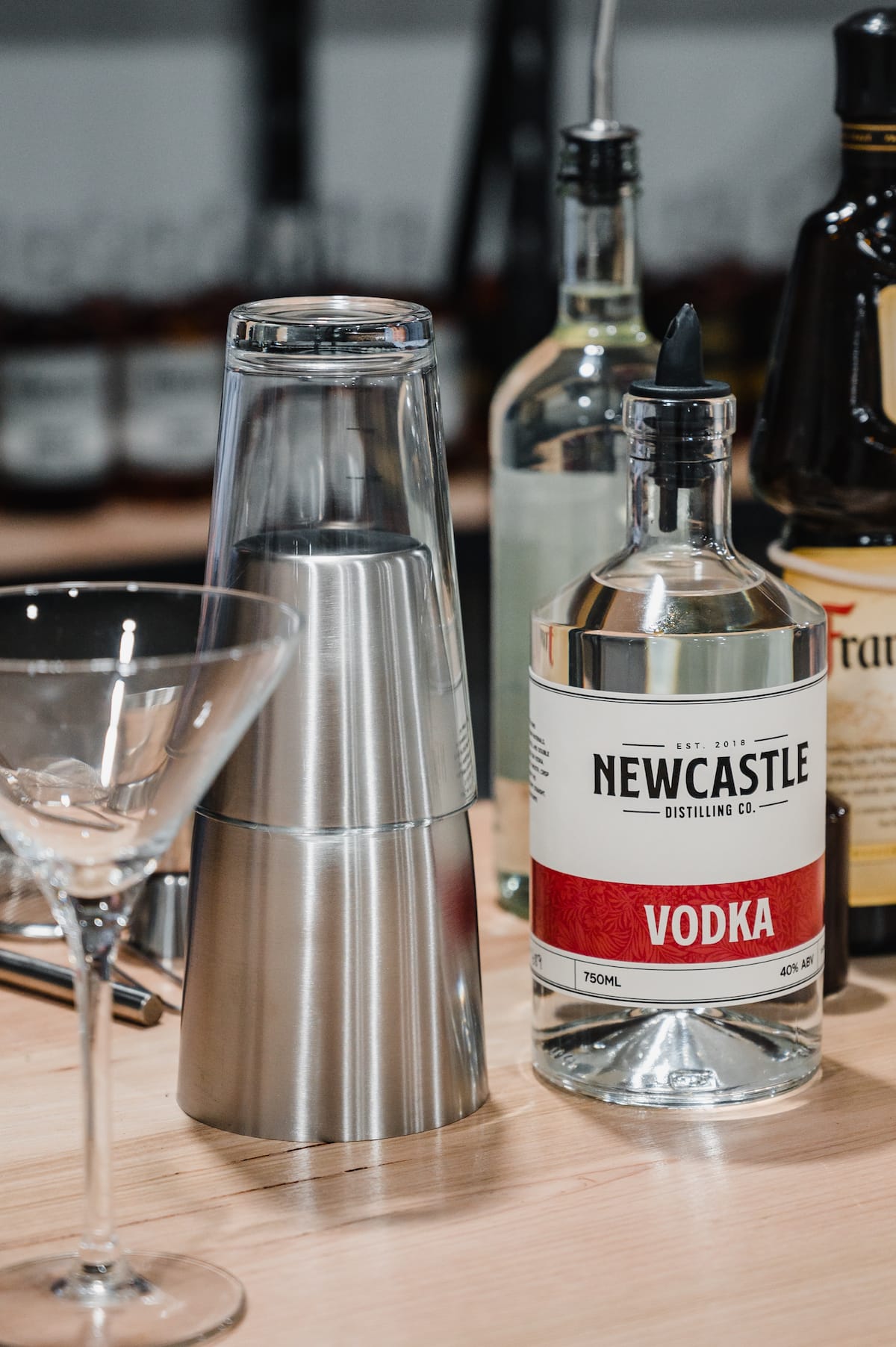 Worth mentioning is one of the team’s proudest products, Newcastle’s first single-malt whisky and silver medal winner at the 2019 Royal Australian Spirit Awards; Victor Hingston.

“Named after my late grandfather, best friend, idol, and mentor, Victor Hingston Moy. This lightly peated Whisky was produced in January 2017, using our on-site spring for water and a blend of Voyager craft malt and peat-smoked malt.” 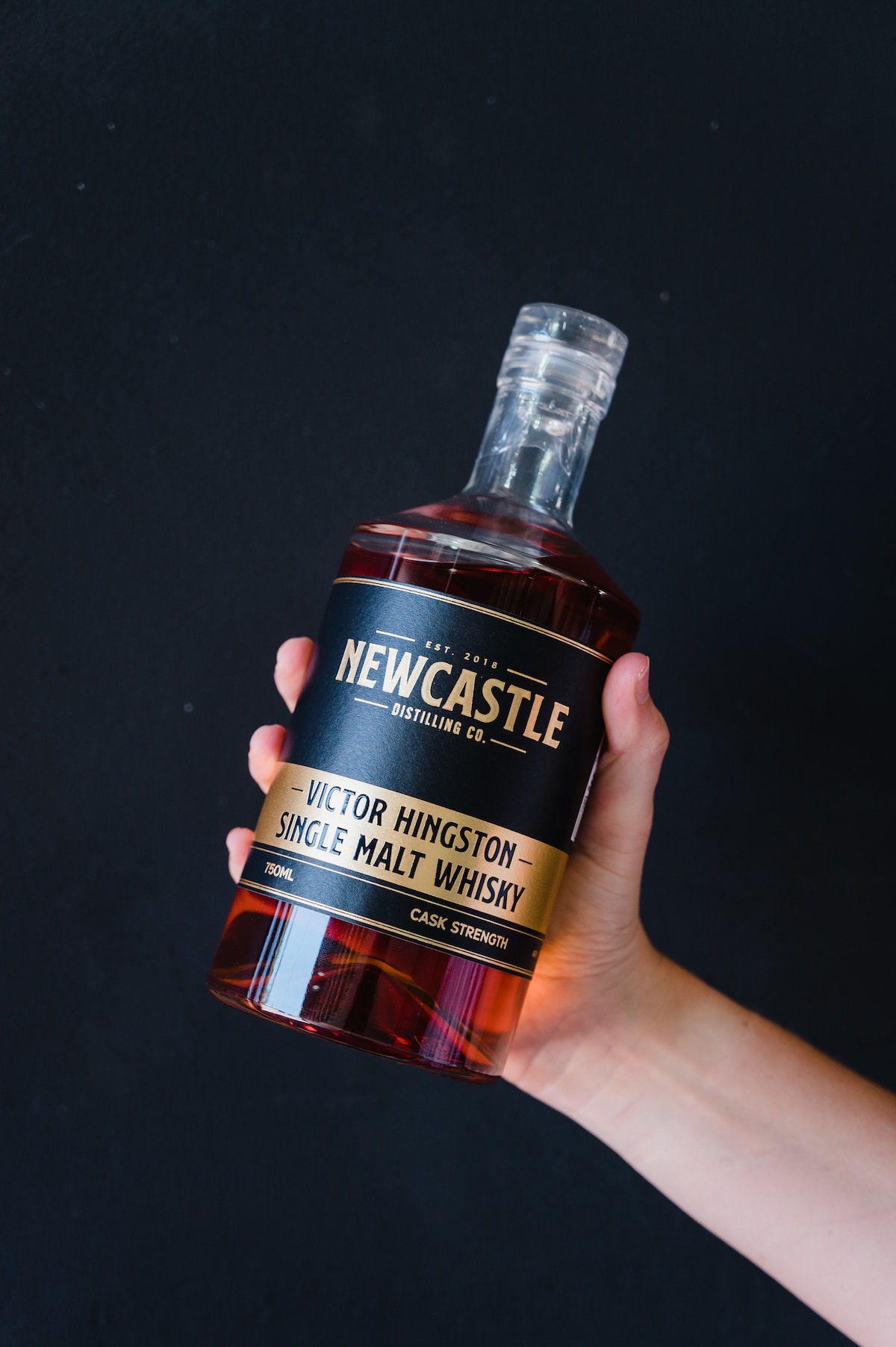 Newcastle Distilling Co is also behind Newcastle’s very first, barrel-aged rum, Eagle One. Made from fermented treacle and aged for three years in an American Oak ex-bourbon/port barrel, this rich but smooth rum has delicate aromas and a pleasant taste. This whole process, from start to finish, is all done in-house. 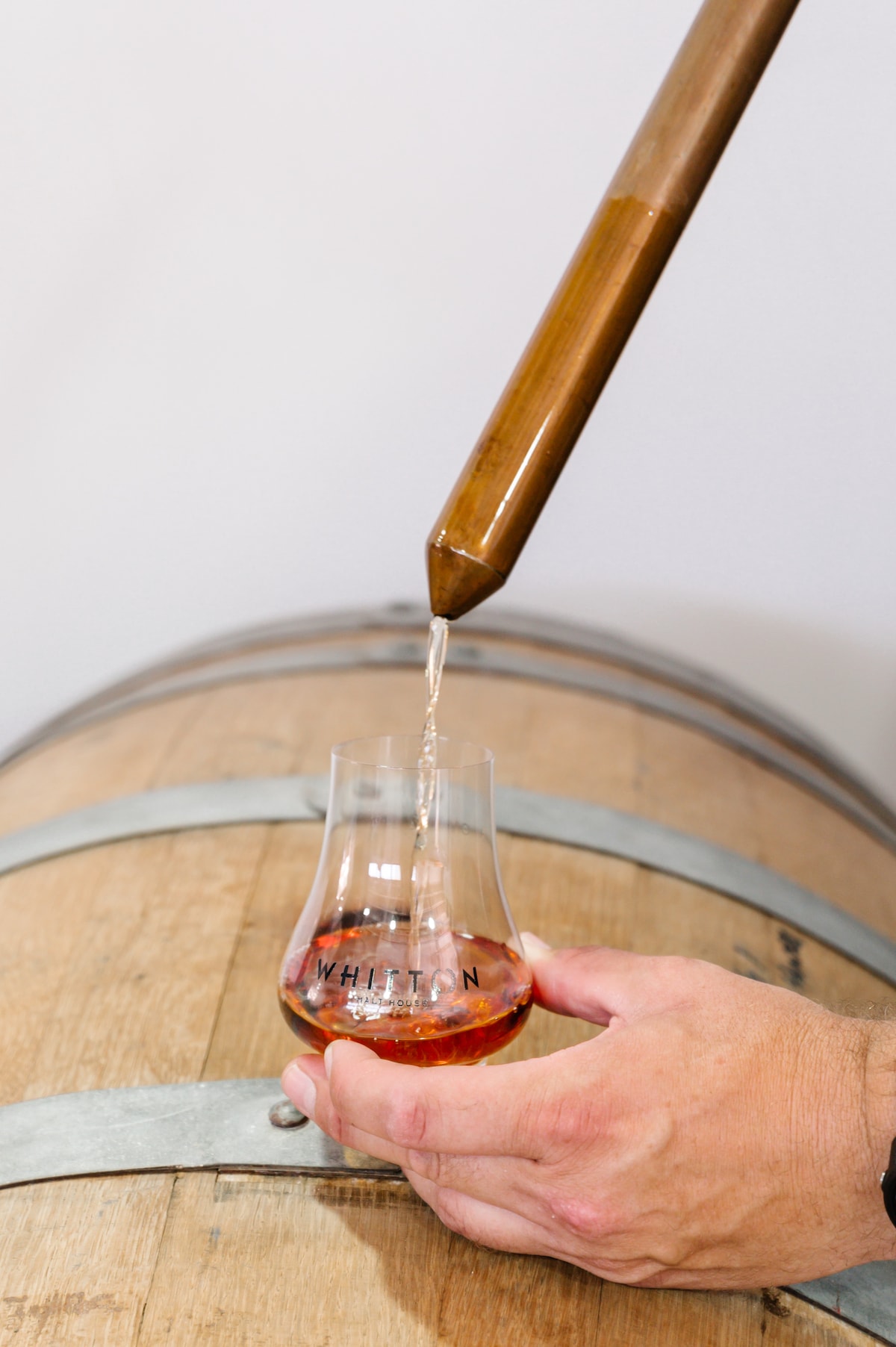 Alongside their dedicated range of spirits is the range of liqueurs available to purchase with flavours including Limoncello, Turkish Delight, Chocolate Orange, and Tiramisu.

The newest addition to the product range is the team’s passion project hard seltzer brand, Easy Street. Developed over the past three months alongside Justin Lees who helped create and design the brand, Easy Street is due to hit the shelves on 20th Jan 2021.

“We knew that seltzer was going to hit Australia hard and we’ve been trying to get it out as soon as possible. Whilst it’s still created by us here at Newcastle Distilling Co, we wanted it to have its own independent brand and it’s been such a fun experience! We experimented with flavours and we’ve come up with a final product that we’re really happy with. We’ve got two separate flavours; mango and lime.” 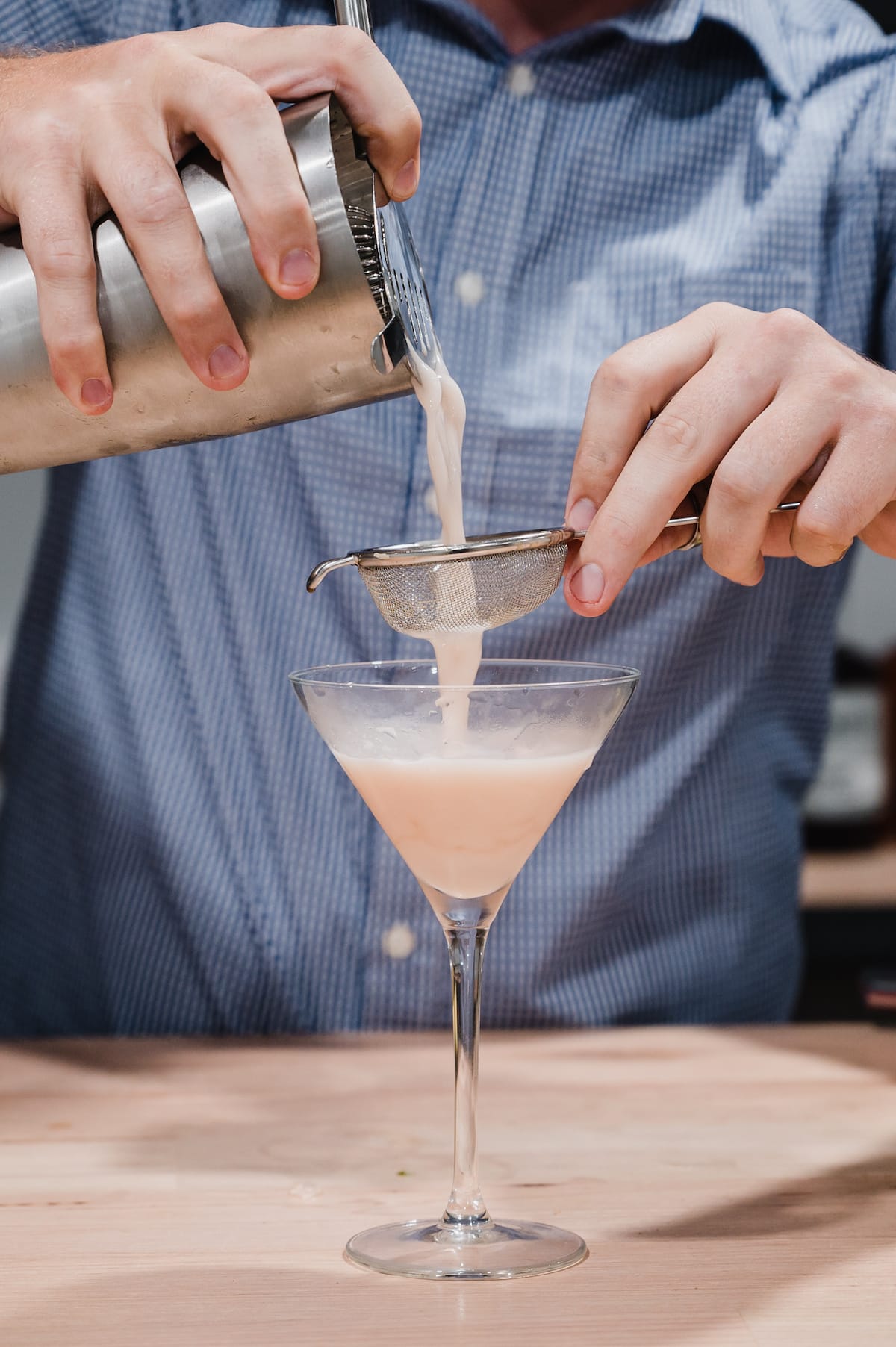 Keen to get your hands on the Newcastle Distilling Co goods? You can sample their core range that are stocked in over 16 different bottleshops across the Hunter region, as well as order any of their products through their website here.

Also starting to show up on the shelves of some of our local venues, you could be sampling some of their goods without even knowing! For instance, have you dropped into the new gin bar on King St, SAINTS? Newcastle Distilling Co supply the house pour gin and vodka for the venue, how cool is that? 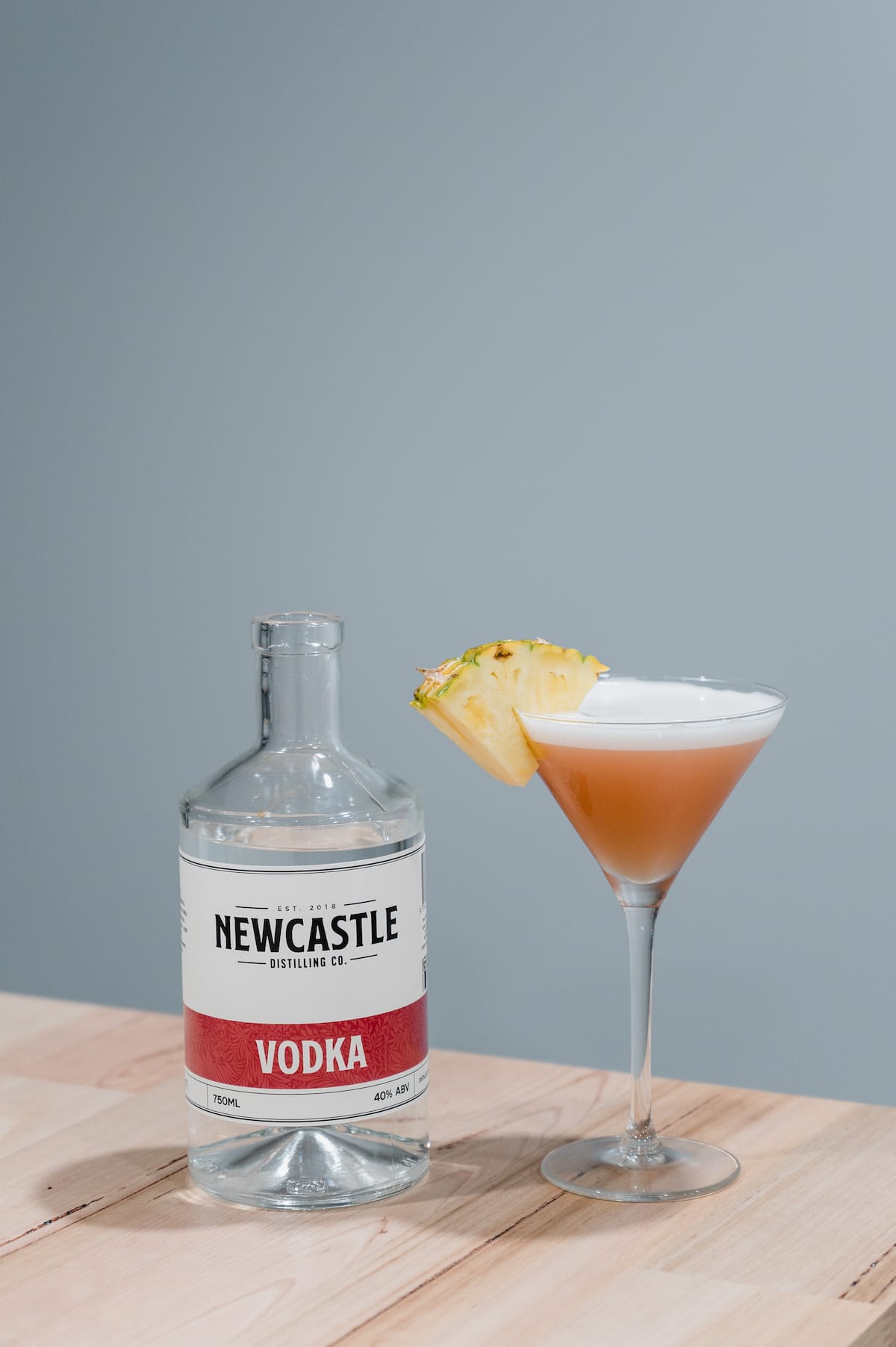 Now, to the exciting stuff. Newcastle Distilling Co is due to open Cellar Door number one in Warners Bay in early 2021 with Cellar Door number two to follow shortly after out in Shortland. Warners Bay will have a boutique tasting area where visitors can test the Newcastle Distilling Co range as well as a selection of spirits from distillers Australia-wide. 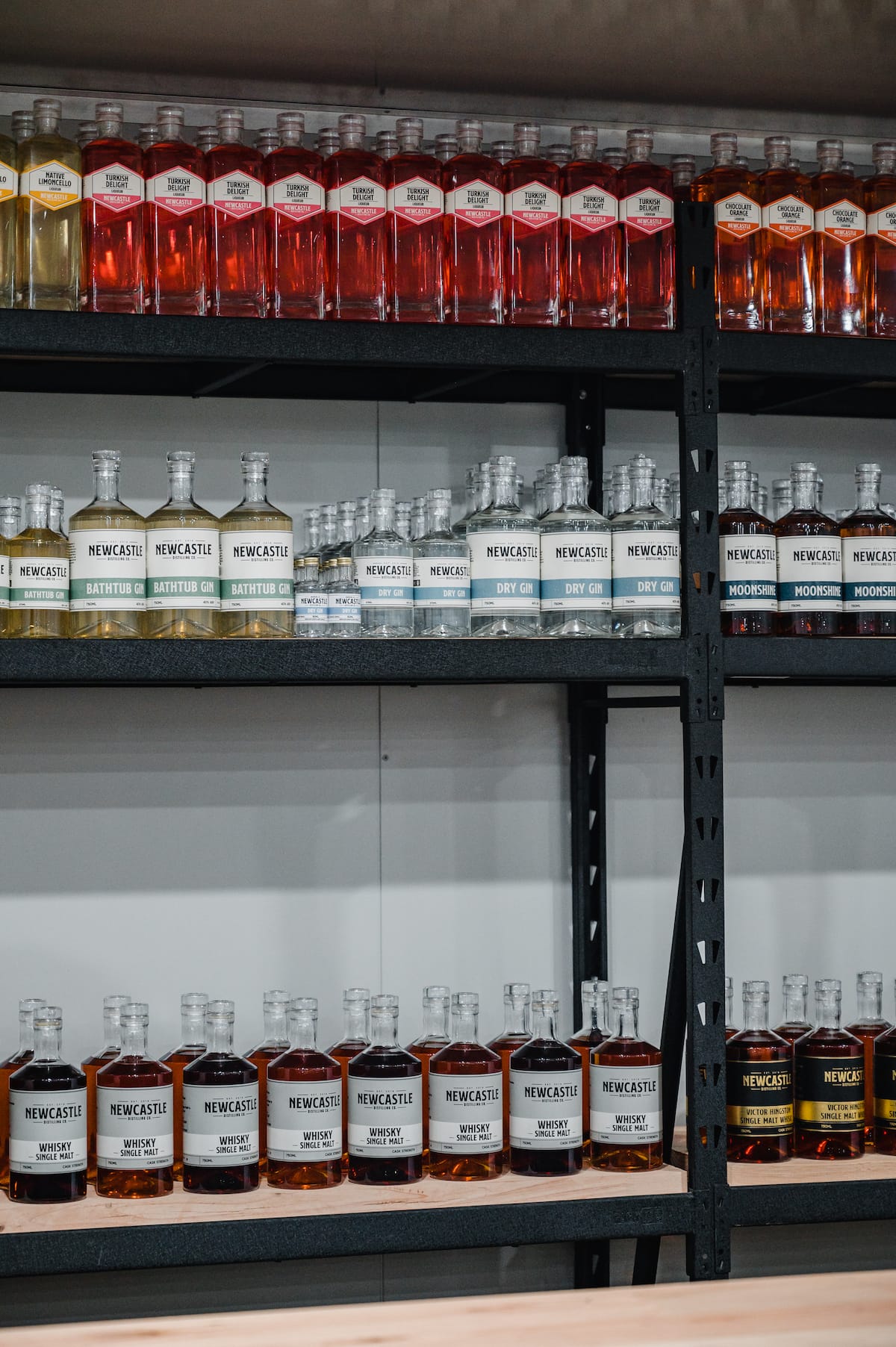 “We’re a part of the Australian Guild of Artisan Distillers, that has about 20 distillers across Australia that are all a part of it. We’ll be stocking their products at the cellar door too. We’ll probably have a couple of core products from each distillery and then every month we might do a showcase or feature on a particular distiller.

“We want people to come in and try something different. We understand people have different tastes so being able to share with them different products from across the country is really exciting.”

The Warners Bay venue will also be host to both dedicated gin and whisky nights as well as cocktail masterclasses perfect for the aspiring bartender or group of cocktail lovers.

With big plans for the future, the team behind Newcastle Distilling Co are just about to launch a crowdfunding campaign to really bring their distilling side of the business to life. 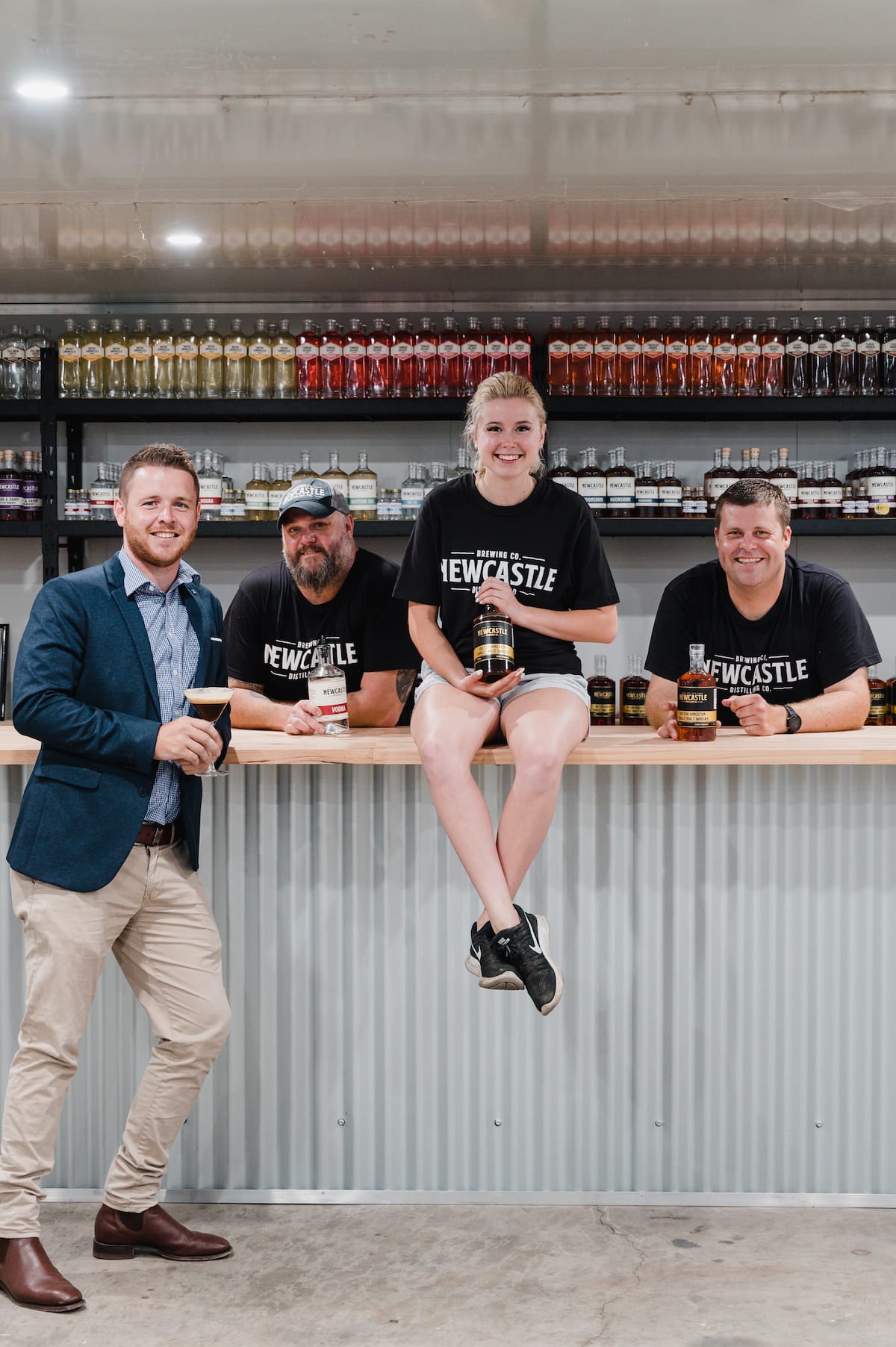 “We’ve designed a brewing system which will allow us to brew beer. We need crowdfunding to do that and we’ll be able to do contract brewing and distilling. It will do 540,000L of beer a year and the canning section will be able to do 1500 units per hour. That will just increase what we can do phenomenally.”

For more info on the crowdfunding campaign keep an eye on their social media, but in the meantime, head online and start supporting one of the most experienced distillers in the Hunter and get tasting some of the incredible products available at Newcastle Distilling Co.

Unique jewellery pieces from made by a - Ode Welded Chains