It’s been heard more than once that our local creative community has been amongst those hit the hardest during these unprecedented times. After some much needed time of rethinking, reassessing, and re-evaluating, Brett Piva from Onwards Studio is back once more showing his support for our creative industry with the creative co-working hub working to help both up-and-coming and established artists.

The creative co-working environment that opened in 2017 has seen artists of all kinds, exhibitions, workshops, photoshoots and much more over the past three years, but like most of us – it did not anticipate a worldwide pandemic. 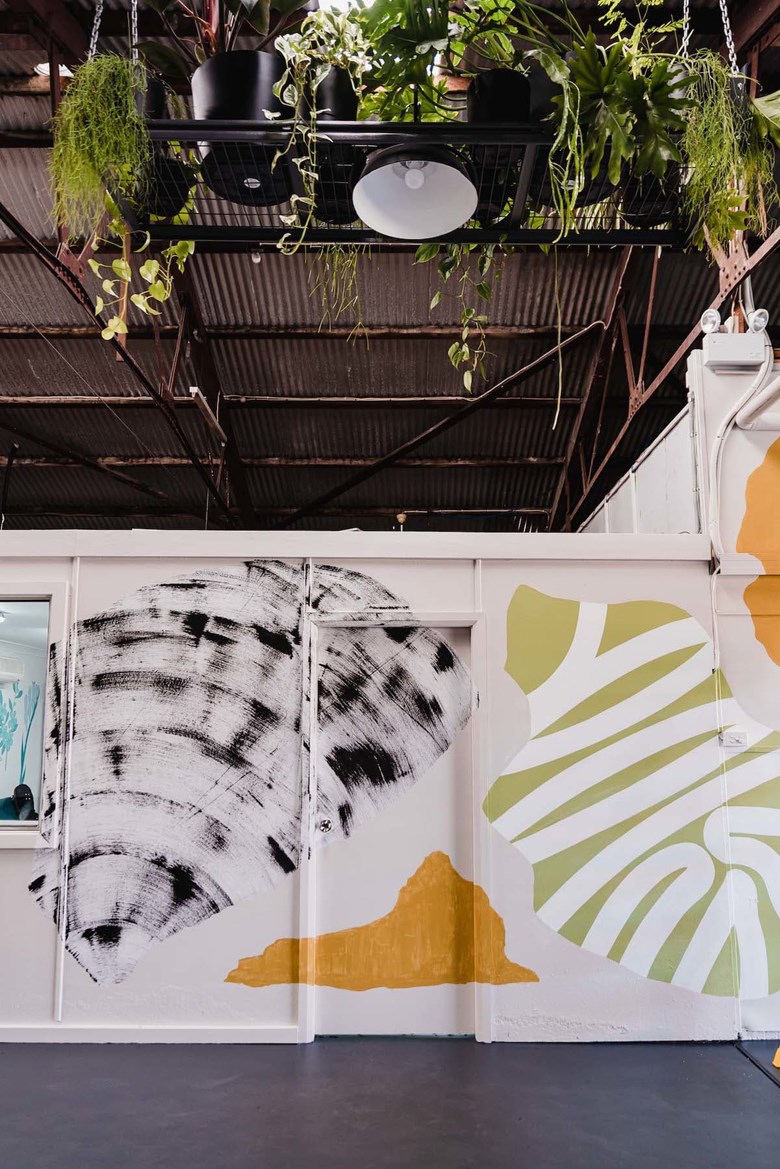 With Brett returning from a 6-week artist in residency in Japan in early March, right at the start of the whirlwind that we now call our new normal, the forced isolation of sorts forced Brett to re-evaluate the plans for the creative hub.

“When I got back in early March all I saw on social media were wars about toilet paper. The residency was a time for rethinking, reassessing and rewriting a whole bunch of lists of what I wanted to do with Onwards as well as working on my own contemporary arts practice. There's a lot more I have in planning for Onwards, but it has to be on hold until things are much safer for everyone,” Brett said.

Aesthetically, visitors to Onwards will be presented with a fresh new mural created by Brett himself, lots of lush greenery, as well as freshly done floor and studio updates with new artists moving in. The mural depicts a visual representation of Brett’s experiences from his time in Japan… 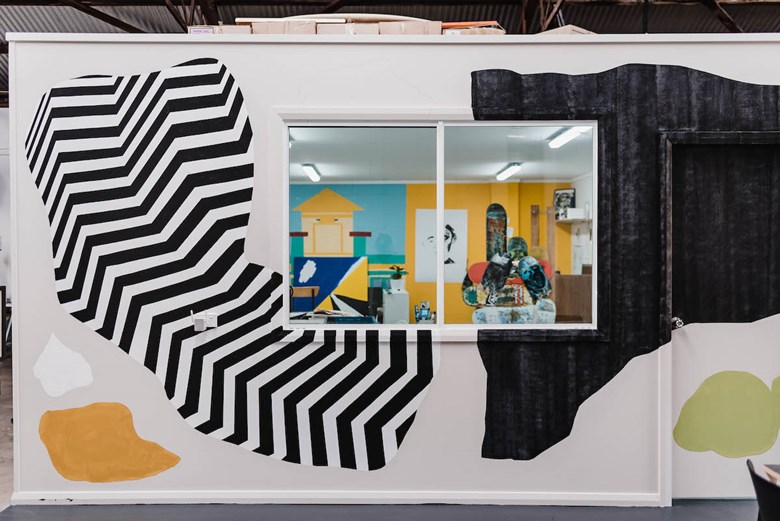 “This mural for me is a moment in time where I can reflect back on that experience. Everything that’s in this is based on the Japanese natural environment but also architecture and woodcarvings that I discovered whilst I was over there. This mural space is something we’ve always had in mind to rotate where we would get a new artist in every year or every six months.”

The ever-evolving ecosystem of a creative space is also now back up and running with exhibitions being held in the event space twice a month. Think pop-up styled exhibitions running for one night and one day only.

“We’ve had some big names in here. We had Michael Bell last year; so that was amazing to see him win the Kilgour Prize. But we’ve had such a mix bag of both established and up-and-coming artists which is great.

“We keep it really affordable and we don’t charge commission at all. The artist takes away all of the proceeds. It’s accessible to up-and-coming artists and we’re also accepting applications from established artists as well. It’s working really well.” 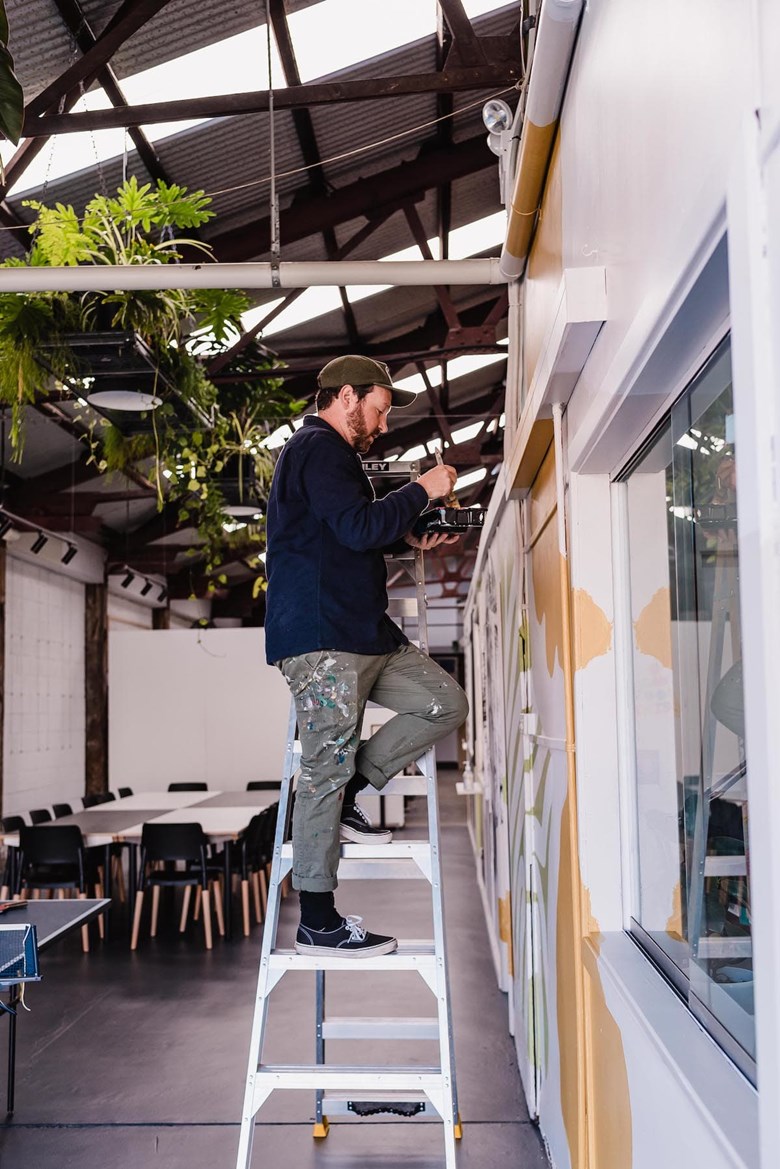 On opening night you’ll have to plan ahead and register your spot through the Onwards Studio website. Brett and the rest of the creatives working inside of the hub are working hard to make sure the space is well and truly going above and beyond to keep it safe for all.

Up and coming exhibitions include multidisciplinary artist, Rosie Turner and her solo body of work, WISHBONES. A collection of works depicting symbolic vignettes, each with a hidden message to be discovered. For more info on Rosie Turner’s WISHBONES, click here.

“Vendors will have a few works that you can purchase but it will be mostly to have that first point of contact with that artist, maker or designer where they can actually share their work.

“We’re not a traditional market, we’re not trying to tap into that at all. It’s going to be its own unique thing and a different experience…It’s a showcase essentially. It will rotate, so it won’t be the exact same store holders every month. We’re going to keep it interesting and different every single time.”

So, get out and support our local creatives by heading to one of the upcoming exhibitions or follow the creatives on their own private social media accounts and get some local art into your home! 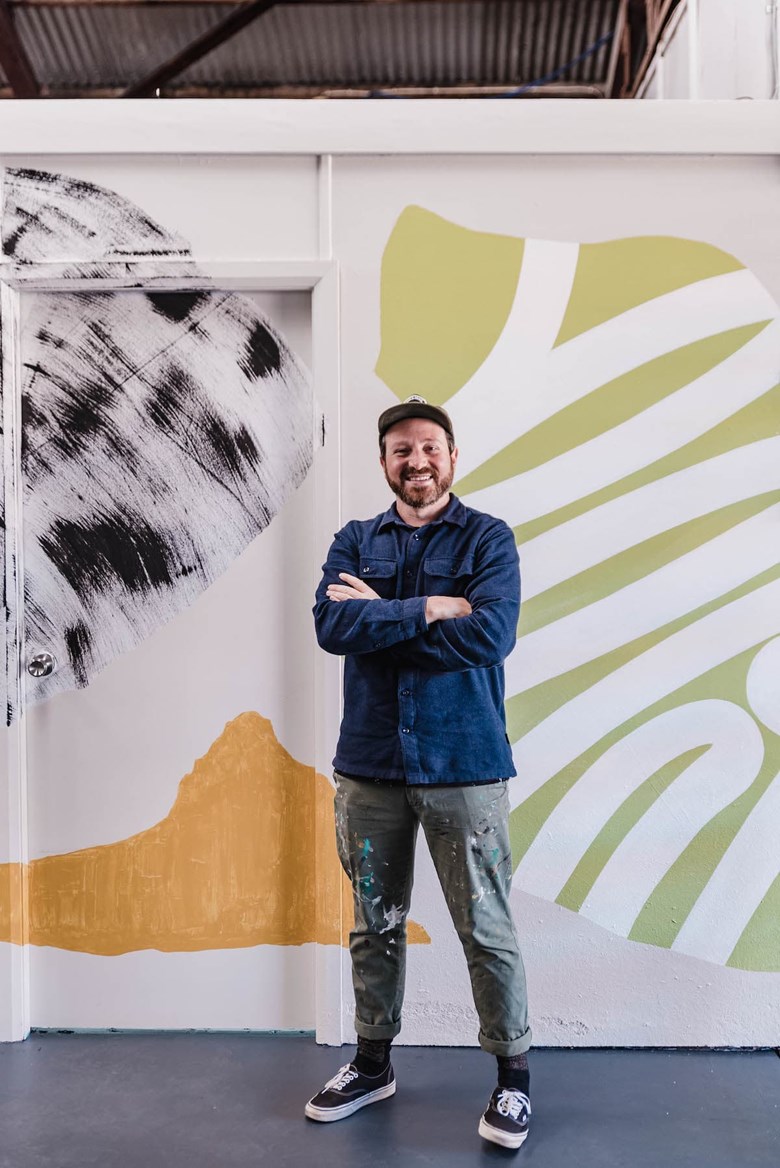 “Everyone has spent a lot of time at home, they’ve thought reassessing, restyling, renovating – it’s a good time to buy art. It’s also a really good time to support artist-run initiatives as well.

“I guess that’s a good thing to consider for everyone. Who would you prefer to support? A creative space with an $80,000 convertible in the driveway or an artist-run initiative that’s giving it a go and sharing more support to the artists that do things in the space.”

To apply to exhibit in the no commission gallery, apply for a stall at a future Onwards Mini Mart or enquire about hiring the venue, please email hello@onwardsstudio.com.au