Specialising in pieces with a focus on intricate botanicals, animalia, occult imagery and cross hatched black and grey portraits.

Owner and operator of Hamilton tattoo studio, FLT, has been tattooing for almost a decade now and has been changing the game when it comes to female driven tattoo studios. 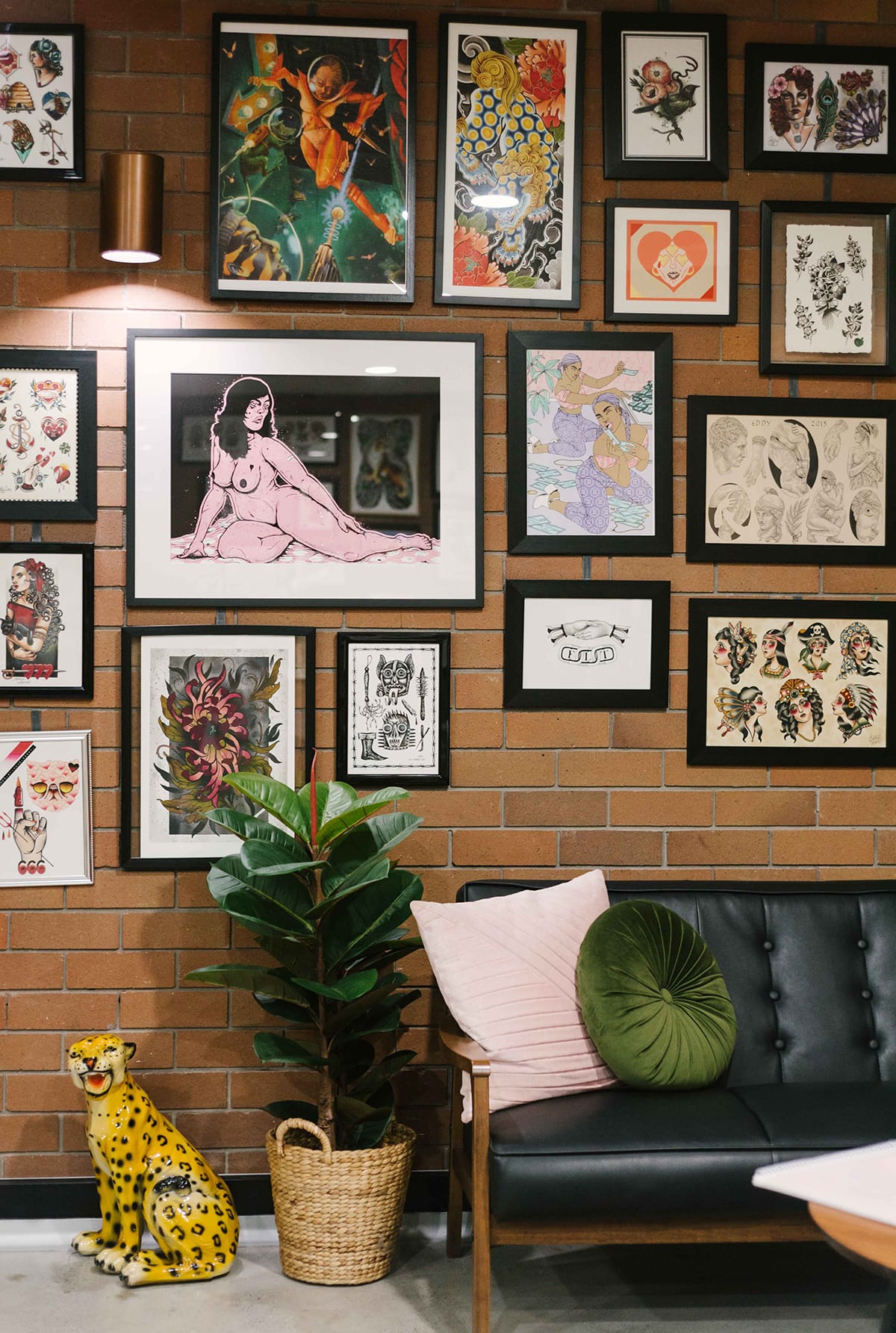 “I’d wanted to be a tattooist for a long time, but I was actually at Uni studying law and social work. I wanted to be a lawyer or a politician, but after studying it for a while, I realised how much I hated it and that it was not the kind of person that I wanted to be.”

After exploring her more creative talents and studying fine art at TAFE following a spinal injury, Eddy started looking at the world of tattooing. 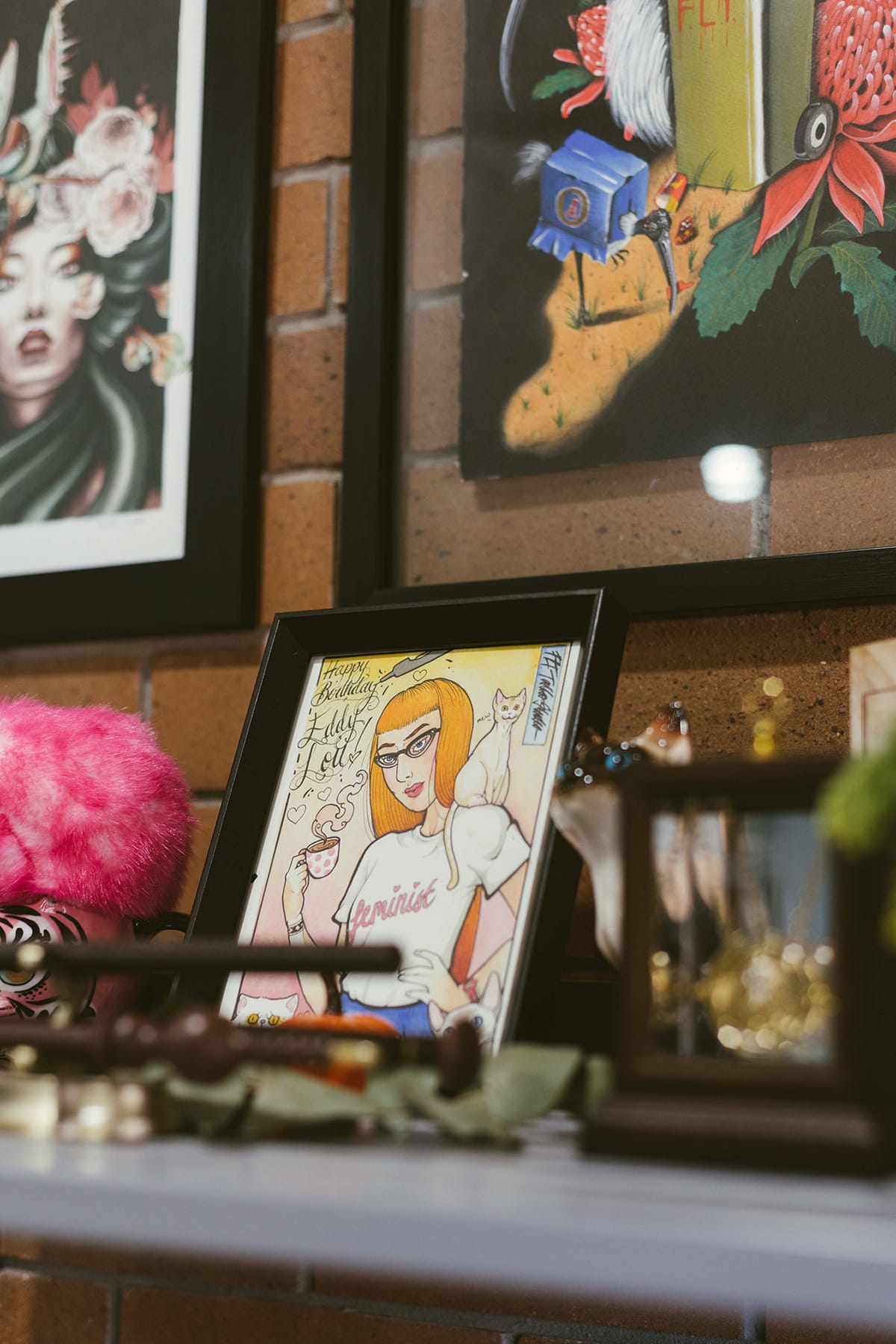 “I realised how important art really is. I’ve always loved it and my mum had always wanted me to be an artist, but I was convinced I was going to be an academic.

“Expanding on my natural drawing abilities, I found I was attracted to a more rigid and methodical way of drawing, so I started to think about where I could end up in the art world, and how I would actually make a living. Tattooing seemed like the obvious choice.” Bumping her way along in the tattoo world for a while, not really landing anywhere that felt right, even being told on her first ever trial that she was good, but not quite good enough; all because she was female, Eddy eventually, after four years, landed a job at Central Coast studio, STR.

“They were all just amazing artists. I really learnt a lot about the technical side of things, as well as exploring the things I really wanted to tattoo.

“I’d been tattooing doing very neo-trad stuff, which was very popular at the time. It was very same-same everywhere, and I just felt like I was taking part in a mediocre display of nothingness.” 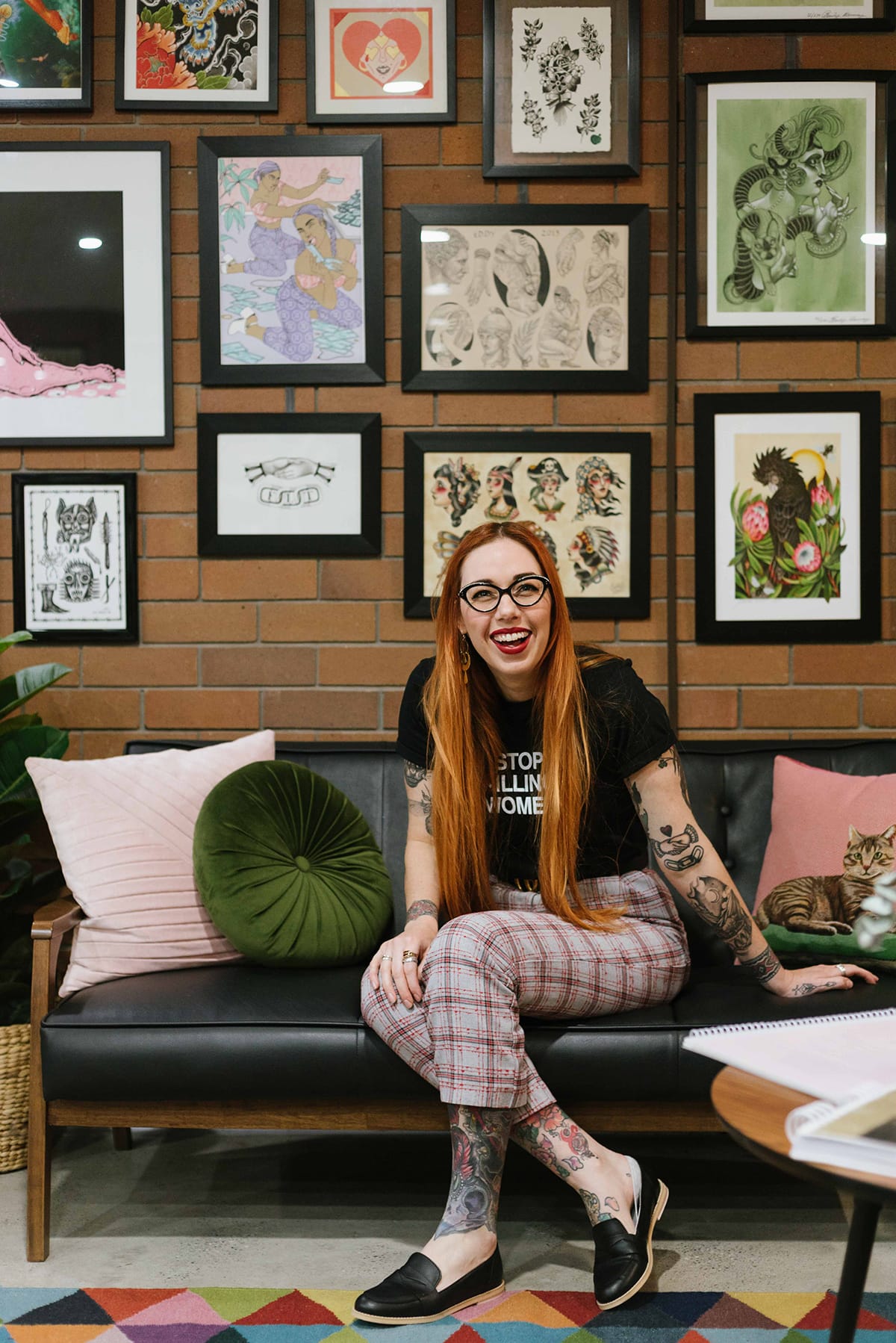 Then after finding her distinct illustrative and black work style, with a focus on intricate botanicals, animalia, occult imagery and cross hatched black & grey portraits, Eddy opened up her very own studio right here in Hamilton.

“I always knew that I wanted my own studio, and I’d always had really strong ideas on how a studio should run and how artists should be treated. Myself and the girls who I work with, have all had bad experiences in the past, so we all know what not to do, and what we don’t want. It’s just been a journey of creating a space that’s safe for artists, as well as for our customers.” 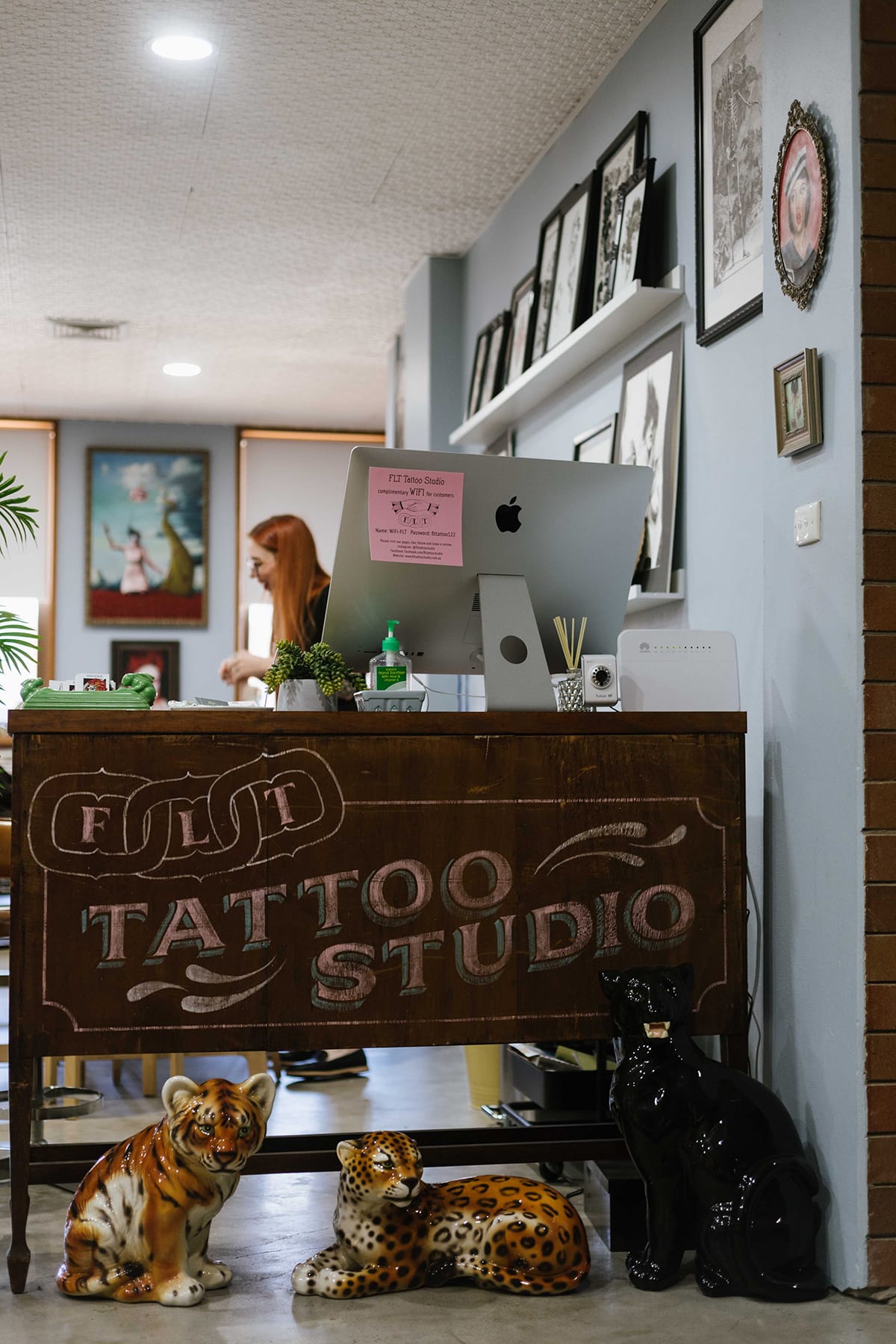 The name stands for friendship, love, and truth. An oddfellows motto that reflects a lot of the imagery seen in traditional tattooing of secret societies. The studio is now home to four incredibly talented tattoo artists; Eddy Lou, Sophie Lewis, Brooke Steele, and Siarn Engels.

“Feminism is extremely important to all of us here, but particularly for me, my first ever experience in the industry was being told that I’d never make it because I was a woman. Now I’m seeing some of the best tattooists in the country are women, or identify as women, or were assigned female at birth. So, FLT is a space that doesn’t judge on gender or sexuality and is fully accepting of a person and purely focussed on a person’s skill.” 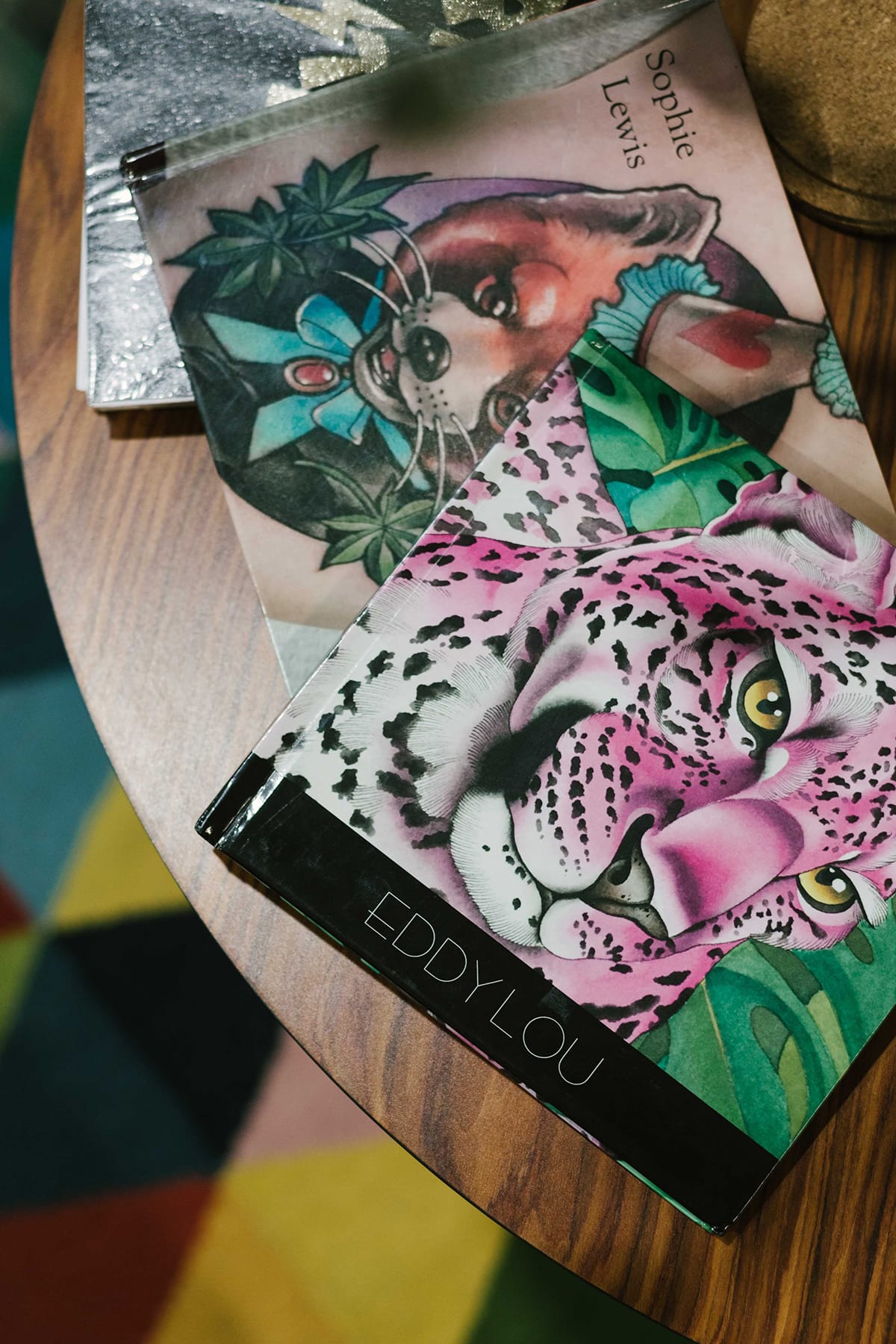