It’s no surprise to hear that one of the city’s newest dining experiences has been absolutely inundated with bookings. Light Years Asian Diner has been opened only a few short months but has already built itself a dedicated following and if you’ve been, you would absolutely understand why!

Wanting to know everything about why this place is so dang popular, we caught up with Robbie to hear a bit about his background, his love for food, how his role with Light Years Asian Diner came about, and even learn his recipe for their signature dish, the Kingfish Ceviche!

Originally from a small town in Sweden called Kungsör, a true nomad at heart, Robbie has found himself in kitchens all across the globe before finally settling in Australia back in 2002. Training in Sweden then moving to London before working for Wagamama, a highly successful Western Asian concept, Robbie has dabbled in many culinary adventures, mainly with South-East Asian and Japanese inspired food.

Do you have an idol chef?

Keith Floyd, a flamboyant TV chef from the 70’s. An absolute inspiration to my young self. His food shows were all about travelling, cooking at amazing locations and drinking wine and always looking dapper. It’s highly likely that you’ll love him if you love Anthony Bourdain’s shows.

David Chang has and will always be the beacon of light for me, not sure how or why, but his first cookbook and the success story of Momofuku really inspired me to unleash the culinary punk in me and made me realise that you can do whatever you want, as long as it’s delicious. I pretty much live my life by that rule, interpret that as you like. 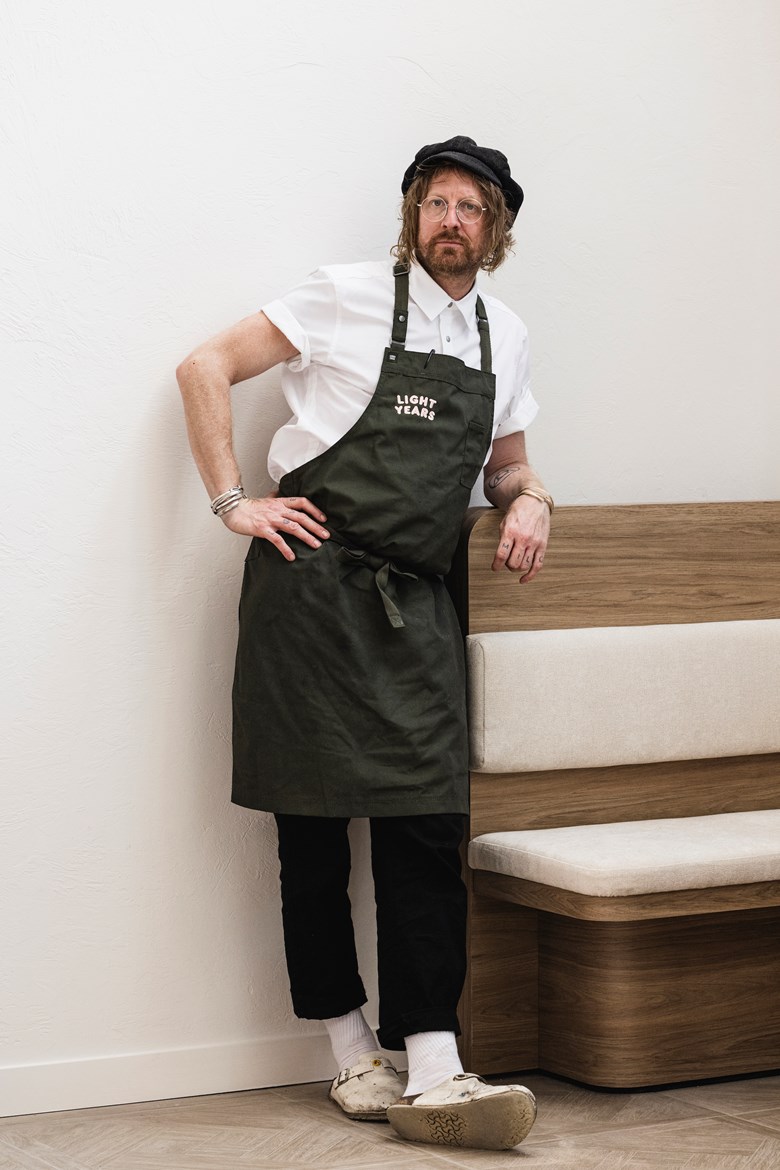 How did your position with Light Years Asian Diner come about?

I responded to a strange ad on gumtree posted by my business partner and culinary co-pilot Kim Stephen. Advertising for a head chef for a ‘seafood driven concept’ and the next day he changed the ad to a ‘modern Vietnamese’ concept. I kind of figured they needed an equally confused chef.

What do you love about being a part of the Light Years Asian Diner group?

It’s 100% about the people that I get to work with, each and every one of our team is an absolute legend. There’s never a dull moment, just the way I like it!

How would you define your style of cooking?

Scand-Asian confusion? I’ve been told more than once that I am a wok n’rolla, which probably means I am better on the woks than any other cooking equipment.

Are you currently working on any new menu items?

After a wicked mushroom toasty, I had the idea of a wintery mushroom dish. It’s still a work in progress so you’ll just have to practice patience for that one.

Do you have a personal favourite dish on the menu?

The Cumin Spiced Cauliflower pretty much sums up my ethos. It’s a beautiful mess of flavours and texture! With Middle Eastern spices, a Szechuan derived ‘strange flavour’ sauce, coconut cream, lemon, and dill, lots of dill.

What is the most popular dish here in Newcastle?

We have our solid top sellers throughout the group, but down here I think the Singapore style prawns and the crispy pork and pineapple are the crowd favourites, and the Kingfish Ceviche of course. 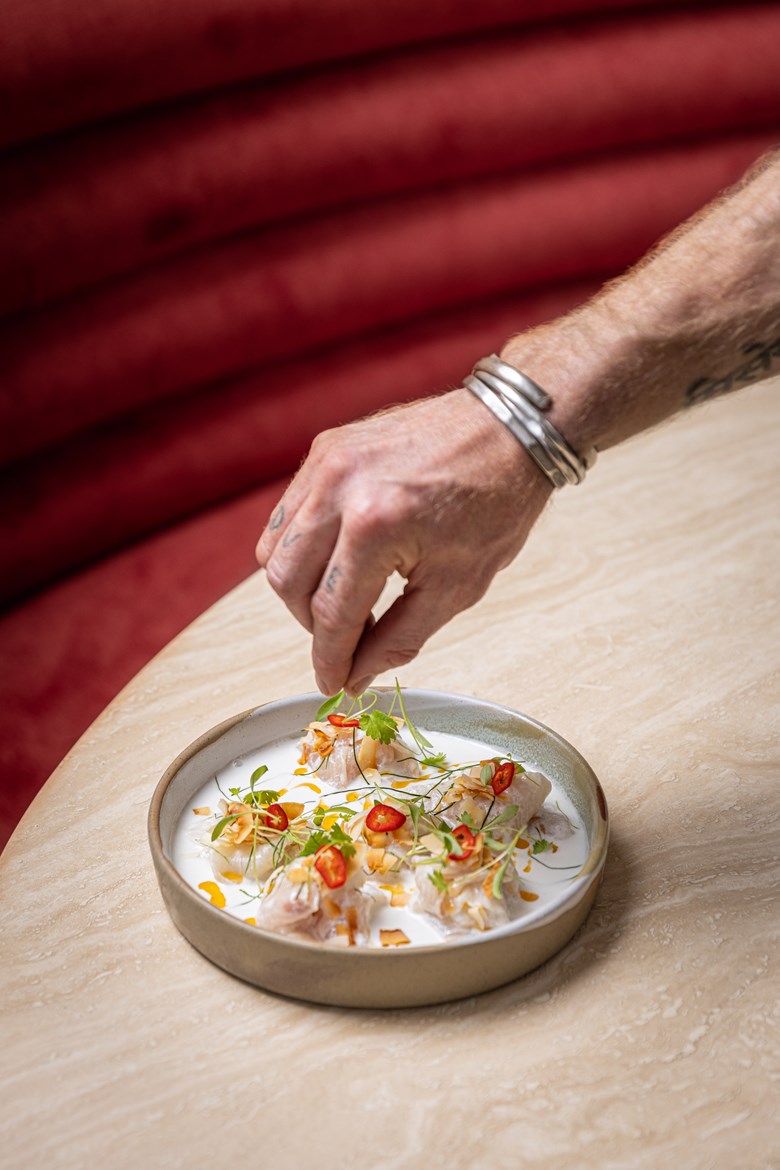 Talk to me about the Kingfish Ceviche… why is it so darn good?

It has a wicked balance of acidity, sweetness, and coconut goodness. The kaffir lime leaf really sets the palate on fire but the dressing allows the main protagonist, the kingfish, to take lead.

You’re sharing your Kingfish Ceviche recipe with our readers; do you have any advice for the novice at-home cooks trying to recreate this iconic dish?

It’s a pretty simple recipe, have a bit of fun with it, get creative, there are no rules here. Plate it up the way that comes natural to you and what feels good. Oh, and try not to cut your fingers!

So… let’s cut to the chase! Check out Light Years Asian Diner’s recipe below for their crowd-favourite Kingfish Ceviche dish. 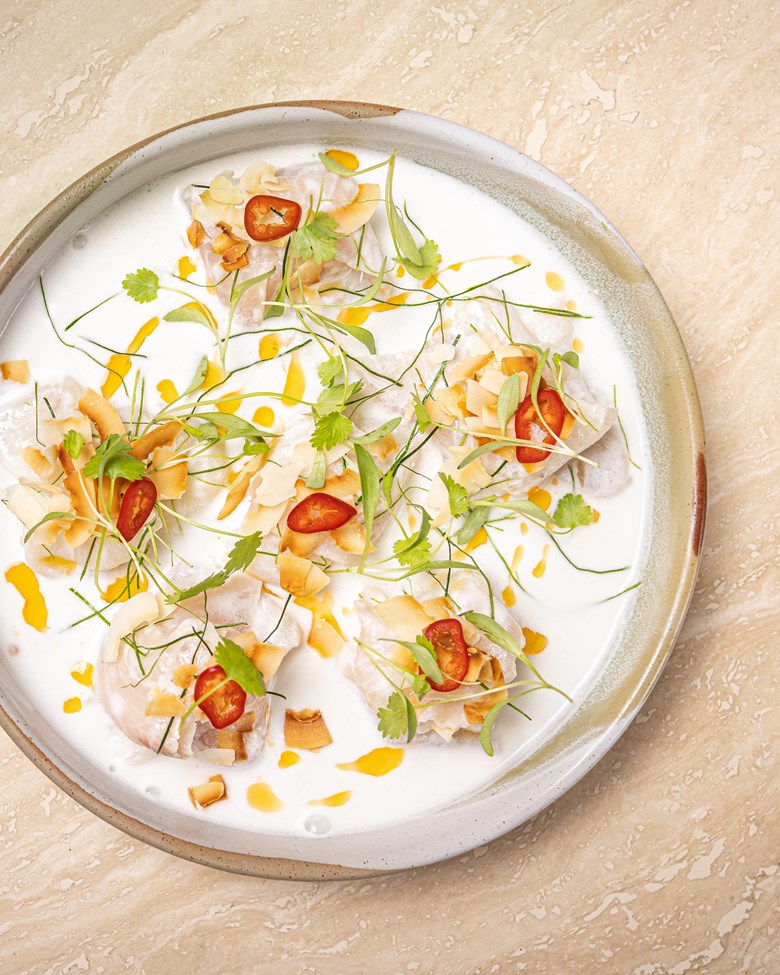 Combine the kingfish with the coconut and lime brine and leave to stand for a couple of minutes then take the kingfish out of the brine, keep the liquid.

Arrange the kingfish as creatively as you seem appropriate on a serving platter of your liking or smaller individual plates and pour the remaining brine over the dish.

Sprinkle the kaffir lime leaves, toasted coconut shaving and chillies over the kingfish as aesthetically pleasing as you like and finish off with a generous amount of micro coriander (or herb of your choice). 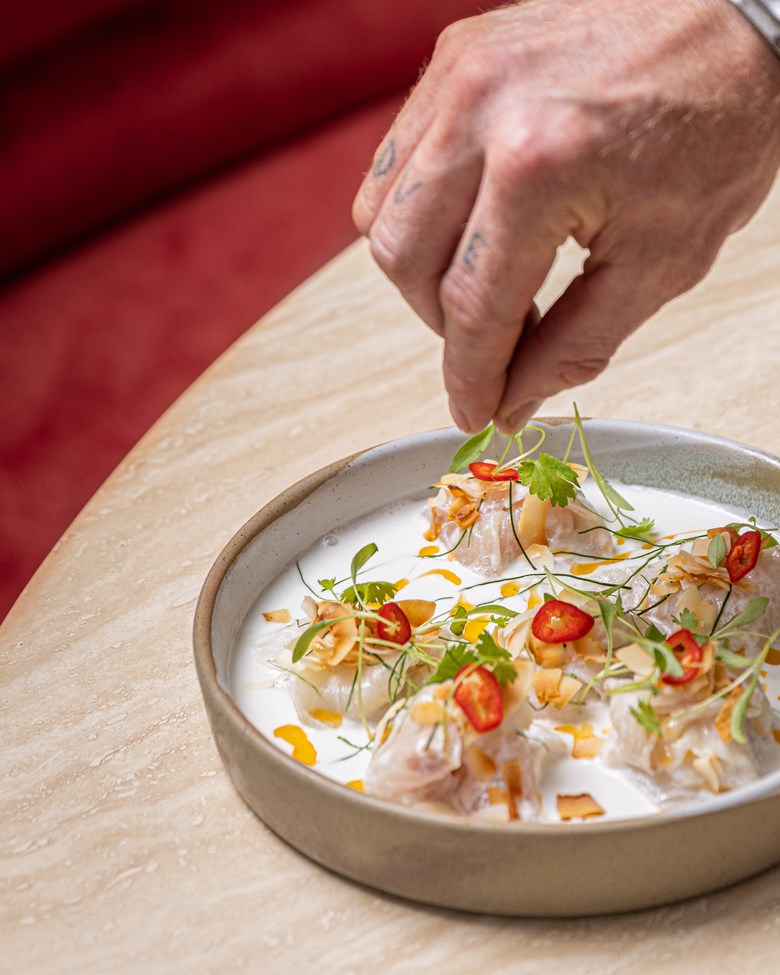 If you’re still waiting for your table booking at Light Years Asian Diner, don’t waste time and give yourself a little taste of what to expect right from your own kitchen. So, what are you waiting for? Get those ingredients together and start cooking like Executive Chef Robbie Oijvall today!