An icon of her industry, Sandy chats to us about Suki Hairdressing, her new role and on being a mentor

Suki's been open for over 32 years, but I haven't worked on the floor for quite a while. I do miss doing hair, but I think what I really miss is the interaction with my clients more than anything.

We had the pleasure of having a coffee with Sandy Chong, and longtime friend/employee Hayley Mears, who both offered up some very frank and fascinating insights into their respective industries.

Sandy's name is synonymous within the hairdressing industry, both in Newcastle and beyond, and we were fascinated to know just how Sandy has managed to remain so relevant and a leader in her industry for so long.

"Some of my clients have been coming to Suki since it opened, so you live through their births, deaths, marriages and their affairs.

"A lot of women confide in you, you hear the stories about their families and their lives, successes, and their failures. I used to have a goal about learning something from every single person and that was my way of being educated on life. So you know a lot about each other, and what I miss are those relationships, they’re real, my role now does feel superficial as I feel like I am just talking about work all the time." 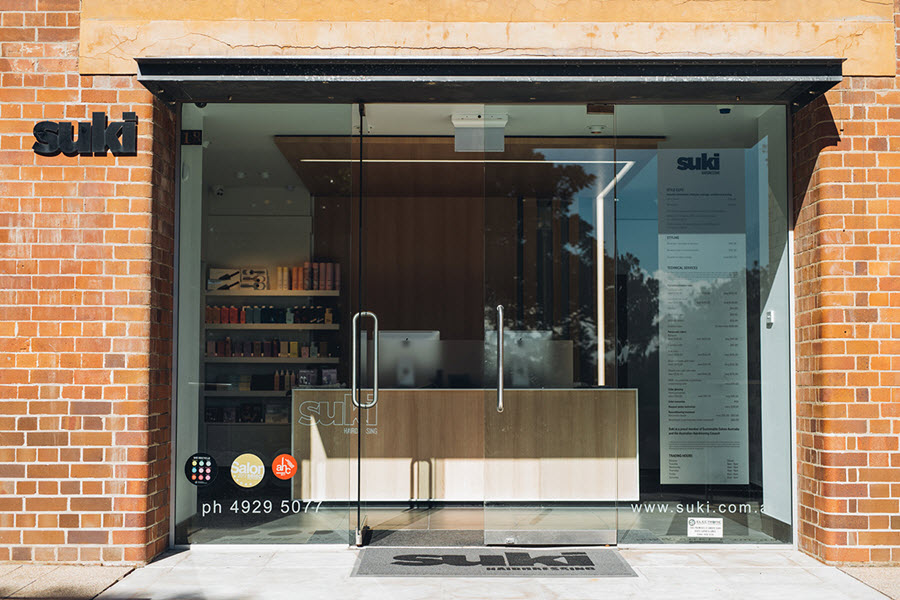 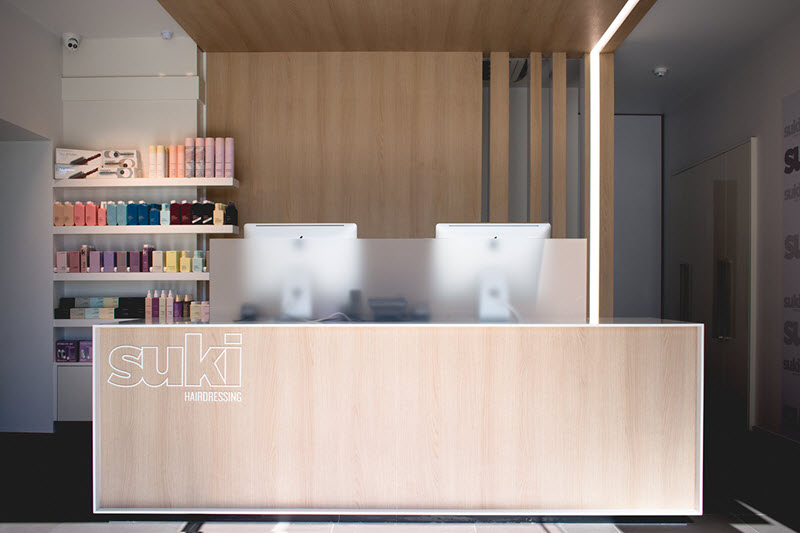 Are you originally from Newcastle?

"No, I am from Sydney but I came here in 1979 and I married a Novocastrian, and being a typical Novocastrian, like Hayley, they either don’t leave or they keep coming back. My daughter lives in Merewether and I live right across from Merewether Ocean Baths and someone said to me the other day how do you handle all the work hours and travel, but it’s because I wake to that view every day.

"The things I love about Newcastle, Sydney doesn’t have, and vice versa, Sydney has a lot more theatre and art, and there are some amazing cafes. However, we would never invest in Sydney again, our focus and commitment are in Newcastle, there are great opportunities in Sydney, but we see Newcastle as our future and our children’s future, so we're here to stay." 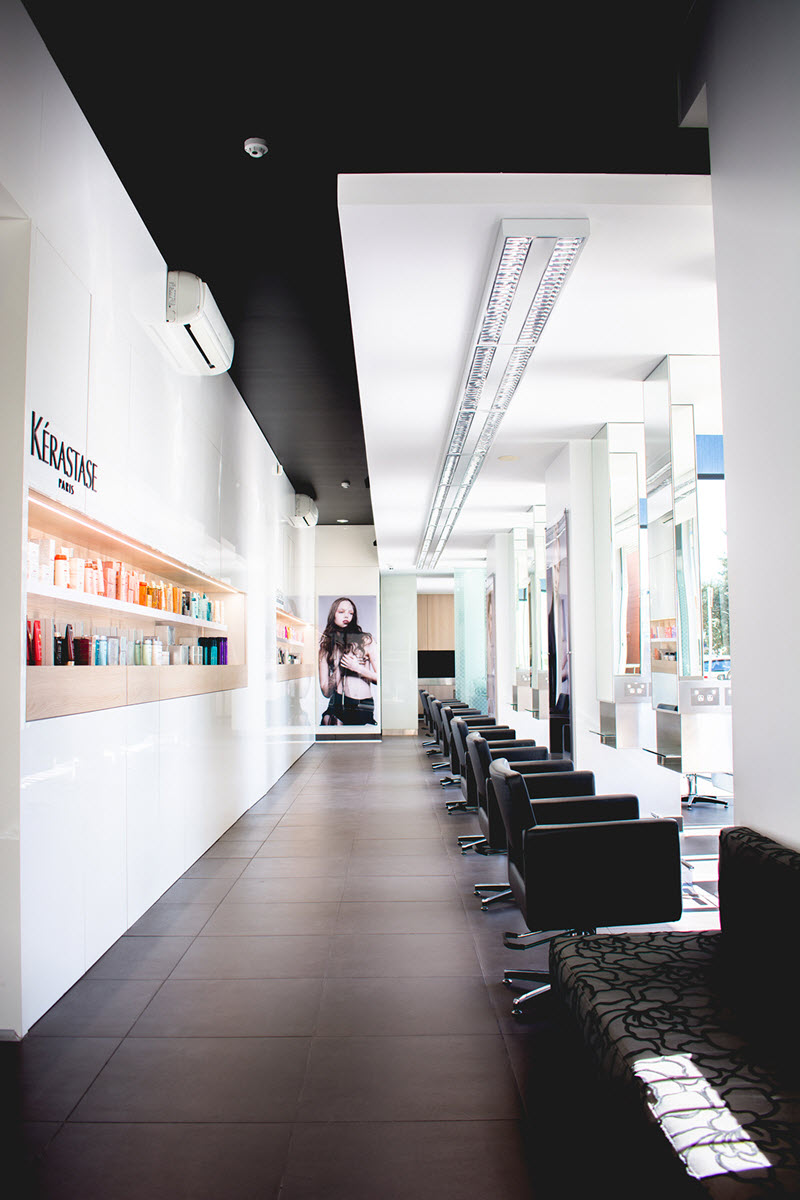 How has Suki managed to remain as a leader in the hair industry?

"We don’t employ people we haven’t trained, all of our staff are quite long term, Sophie has been with Suki 32 years, Renee 23 years, Angela and Janice both 19 years, Bekk has been with us 12 years and Shaleena 10 years. There's also Andre who's been with us 18 years, Hannah 8 years and Jenni 9 years. The only ones that come and go are our apprentices and we choose who we keep based not only on their skill level but their attitude.

"Our business has four values that we advocate with our staff; integrity, honesty, respect and loyalty and they’re the values that we look for in someone. If we identify those values in an apprentice then we invest heavily in them."

How will Suki continue to evolve?

"Our focus will always be on the hair and training, but recently I introduced a ‘Get Healthy at Work’ program, so together with the training, we invest in our staff's wellbeing and fitness. So a couple of weeks ago we had pilates with Peta Serras, which was brilliant, last week we were playing frisbee in the park, all within work hours.

"We’ve got someone coming in to do yoga and I’ll be arranging a wellness coach to come in. I think it’s really important to be aware of your emotional self and being able to handle that. In the past I’ve also had podiatrists, kinesiologists and chiropractors chat to staff. I guess we believe that if you’re doing well mentally, physically and financially, then we’ll do well." 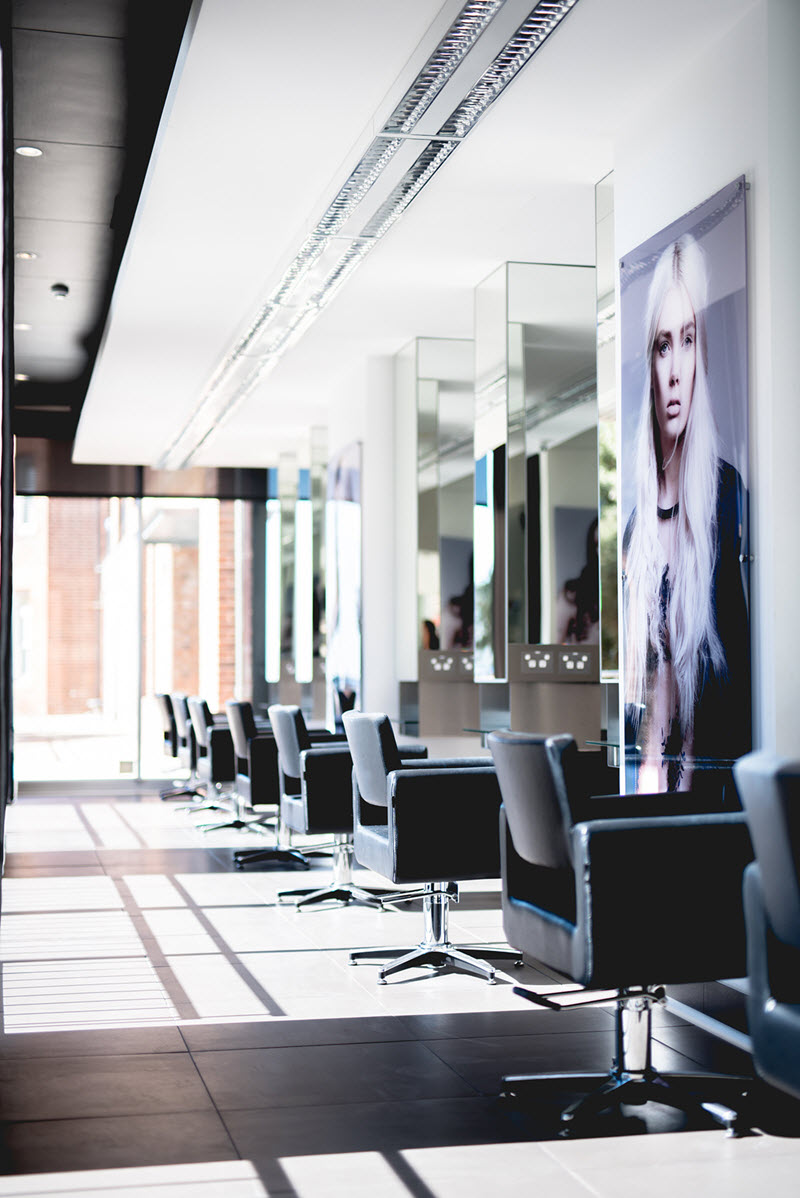 Suki and the environment.

"We have a lot of sustainable practices in place, everything in the salon is recycled the plastic, glass, cardboard, paper, water, hair and the foil gets sold and raises money for Oz Harvest with four heads of foil feeding two people. All of the leftover hair goes to Wigs For Children which is a Variety charity. About 95% of everything that leaves the salon is reusable or recycled.

"We also use biodegradable single-use towels which we encourage our clients to take home and reuse. We worked out recently that we’ve given away over 3,700 towels, they are brilliant for cleaning glass and kitchen benches, you can wash them up to eight times and then they can go into the garden to stop the weeds. They're very versatile." 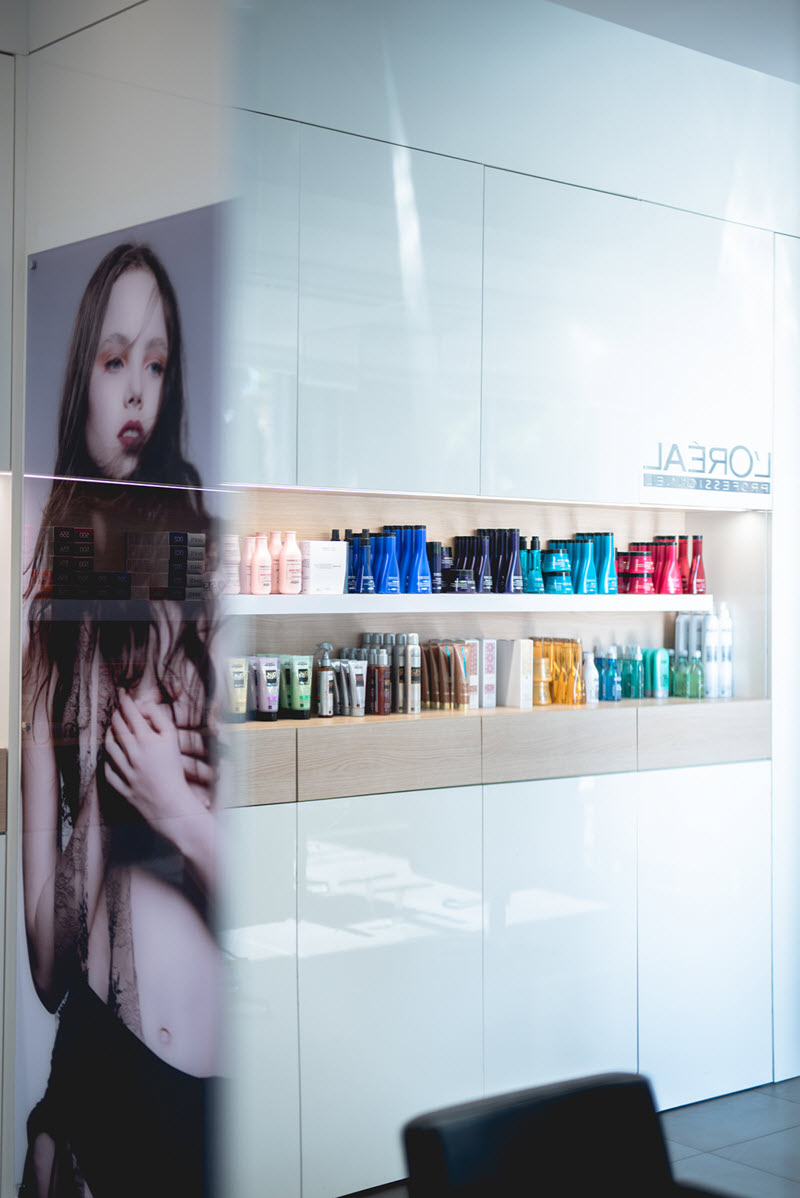 Hayley you’ve known and worked with Sandy for a long time what has your relationship with Sandy meant to you?

"I met Sandy when I was 14, because she cut my hair, and I thought this is such a cool environment I’d really like to work here, that was when the salon was in Hunter St. When I started working as a Saturday girl, which was 20 years ago, the salon was in Wolfe St and then Sandy took me on as an apprentice. Back in those days it was a four year apprenticeship and when I completed that I moved to London.

"I guess where our story begins is that for me Sandy was an amazing mentor, and now I can’t live without that mentorship in my life, so we’ve always remained really good friends. When I moved to London Sandy came over to visit me and we’ve always been able to work together in some capacity, even if it’s not in the same business or industry." 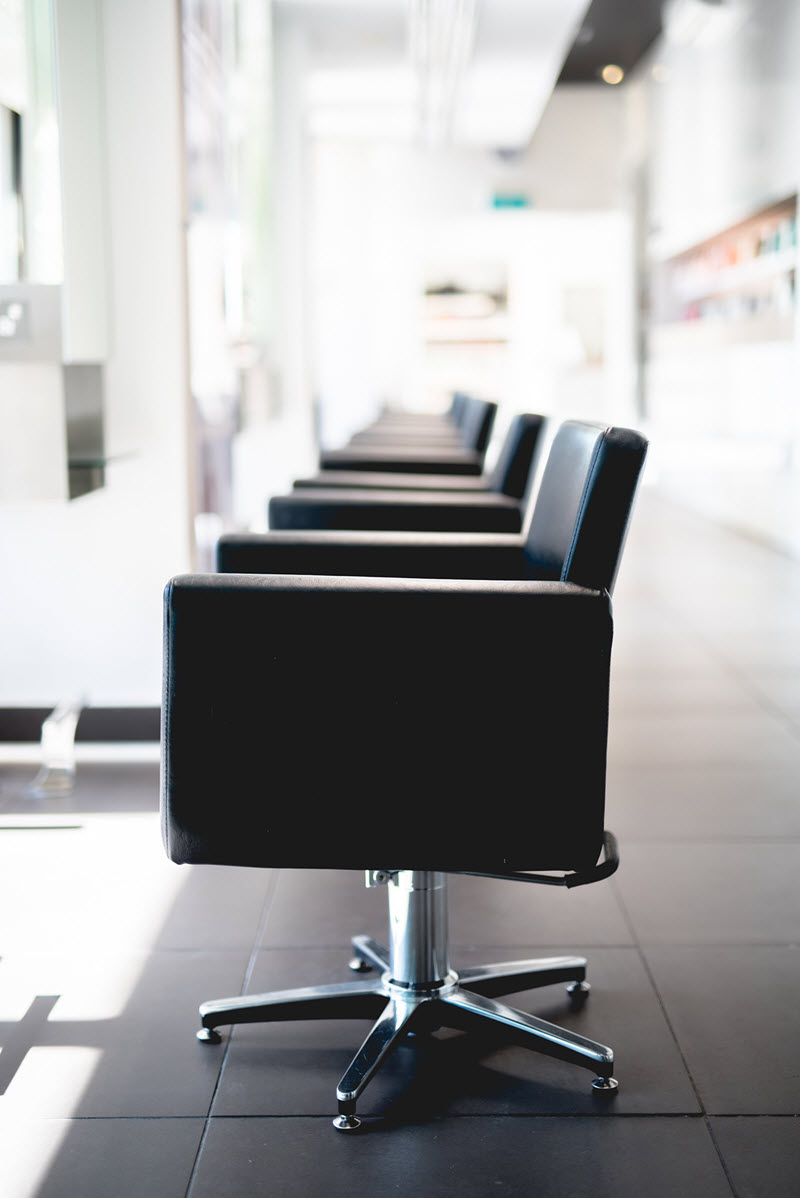 So what is your role now Hayley?

"I relocated to Sydney when I returned from London and I started a Digital Marketing Degree in Journalism. To begin with, I was working in hairdressing while studying but I was finding it hard to combine both work and study. At the time I didn’t know what I was going to do for money and it was Sandy that suggested I should look after her Facebook page, because I was quite good at it, and she was looking to outsource it anyway. This was back in 2010. Businesses had only just realised that Facebook was a tool that they could use to market their business and everything was organic at that time.

"Word got around really fast about what I was doing and other salons started coming on board, I guess because I had worked in the industry for so long I knew what content would work, the speak, the look and aesthetic which is so important with social media.

"I’ve also moved into other industries, due mainly to my contacts from the salon and started my business Six Underground Media. One of my clients is a film director and she asked if I could do the PR and social for one of her films. I think we were one of the first businesses out there working in social media and I've now managed to build the business up to a team of seven." 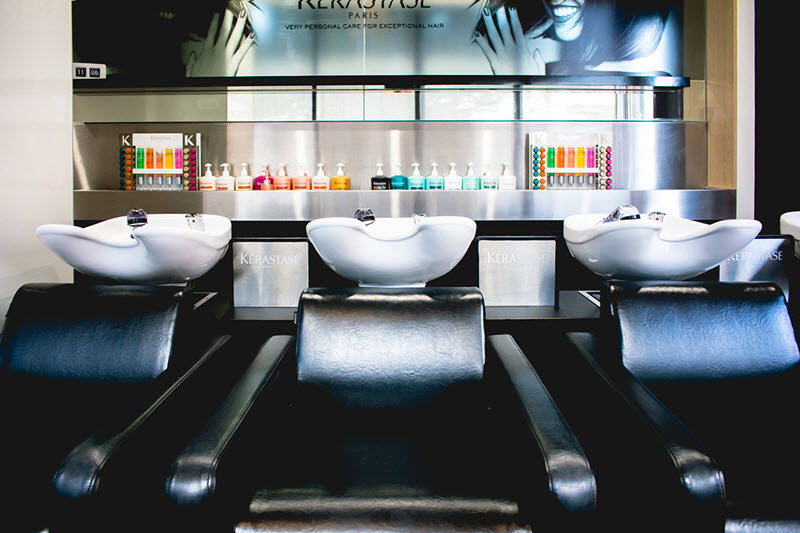 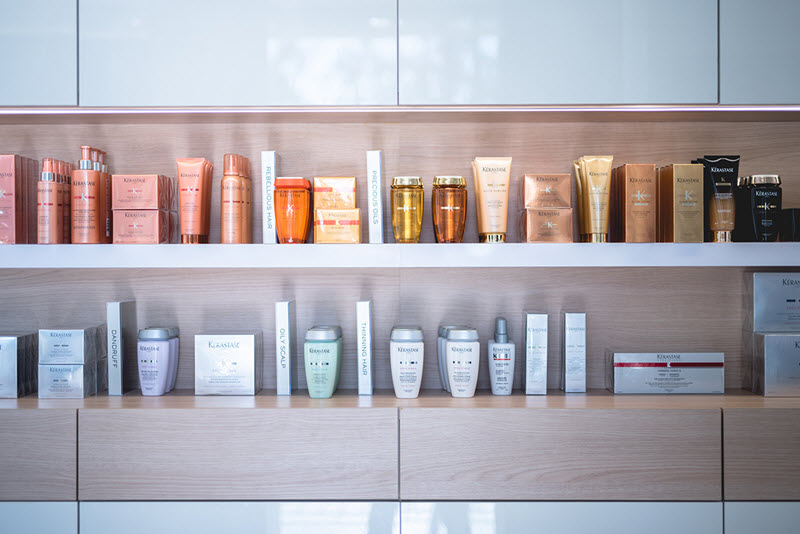 What is your role now Sandy?

"I am the CEO of the Australian Hairdressing Council and also Director of the Council of the Small Business of Australia (COSBOA). I attend conferences and speak about our industry and what we are working to create, which is a more regulated industry. It’s largely about customer safety as there are a lot of non-qualified hairdressers out there.

"People say, it’s just hairdressing it’s not life and death, but if you see some of the images I’ve seen and the damage that can be caused, the psychological damage as well, it really is quite important. For me, it’s about creating a professional code of conduct and consumer protection and awareness.

"My role is to represent the industry to government and when I first took this role on I never thought I’d be having dinner at Parliament House and meeting Ministers, Senators and Bureaucrats. It’s quite a departure from cutting hair. It can be very hard and time-consuming." 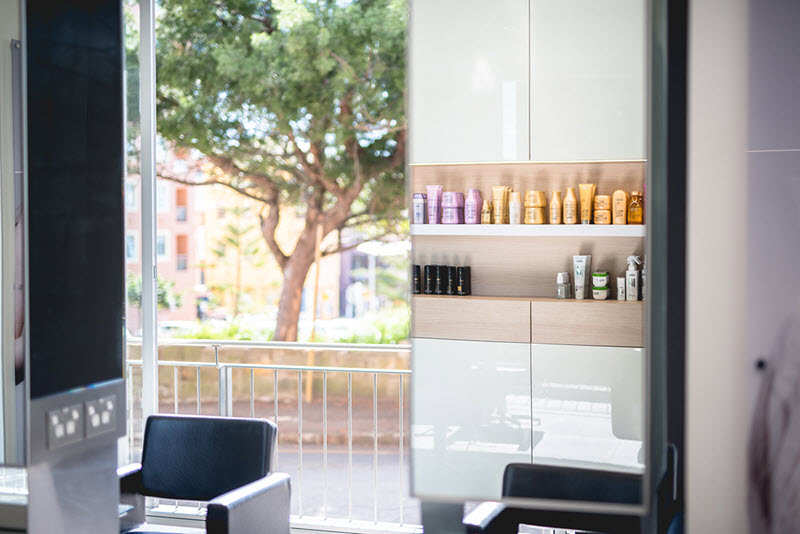 Do you think your role is having an impact?

"I think for the first time ever our industry has its foot in Parliament, without me being in this position you don’t get a say and a lot of decisions are made on our industry without us having a say. Does the AHC have an impact? I think it’s starting to, it’s a very new association it’s only been around for six years, but in those six year's we’ve had a huge impact, especially on the industry."

Given how long you have been in the industry you must have seen some big changes?

"Compared to when Hayley was an apprentice our world is completely different, but the worlds different and we’ve had to change with it, for small business my one tip was always, be flexible, you have to be. You can’t do what you used to do, but we're not happy with the way our industry is changing, with apprenticeships and educational training."

So what has changed?

"What used to be a four-year apprenticeship can now be fast-tracked to one year and you can be deemed as qualified, whereas when Hayley did her apprenticeship you had to finish your time, which was four years, and then you had all this experience before you built your clientele.

"Years ago hairdressing was seen as a backdoor into the country so a lot of rogue RTO’s opened up and they were charging exorbitant amounts of money for immigrants to use those trades as backdoor visas. With it being fast money they then trained a lot of hairdressers that are out there now, thousands of them, with qualifications that are now unemployable. So with the system that we’ve just put in place with HAIR (Hairdressing Australian Industry Register) you can’t be registered with us unless you're legitimately in a business, which has helped clean up that part of the industry. 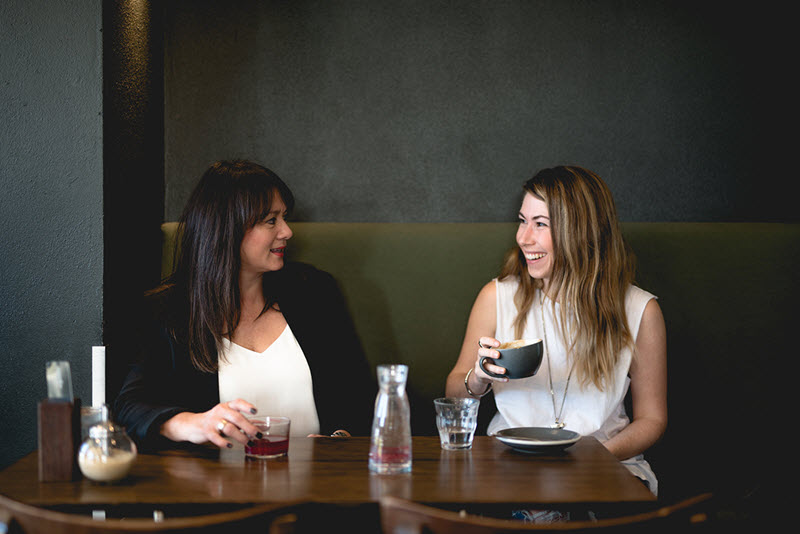 "There are a lot of hairdressers out there that are not doing it well and are contributing to the black economy, but the ones who are doing it well have amazing careers. If you look at Hayley, she did her apprenticeship with us, worked in London for two years as an educator at Mayfair, which would have been incredible, then came back to Sydney and built an amazing clientele and now has an extremely successful business.

"Some of the girls who work in my salon have worked at New York Fashion Week, New Zealand Fashion Week, Sydney and Melbourne and Perth Fashion Week as well as in hair shows and TV, so if you’re willing to work beyond your nine to five it’s a pretty exciting career if you want it."