Sketching away in his Newcastle studio, surrounded by his latest works, Lucas Grogan chats to HUNTERhunter about his career, moving back to Newcastle and what’s next for this international artist.

Growing up in Maitland, Lucas has made a name for himself for producing bold, monochromatic painstakingly patterned works full of irreverent phrases which poke fun at our modern vernacular. It’s the kind of art that you can have a good giggle at!

You might be familiar with his work from this Chet Faker film clip or might remember the mural he painted outside of Newcastle Art Gallery – See I Told You back in 2014. 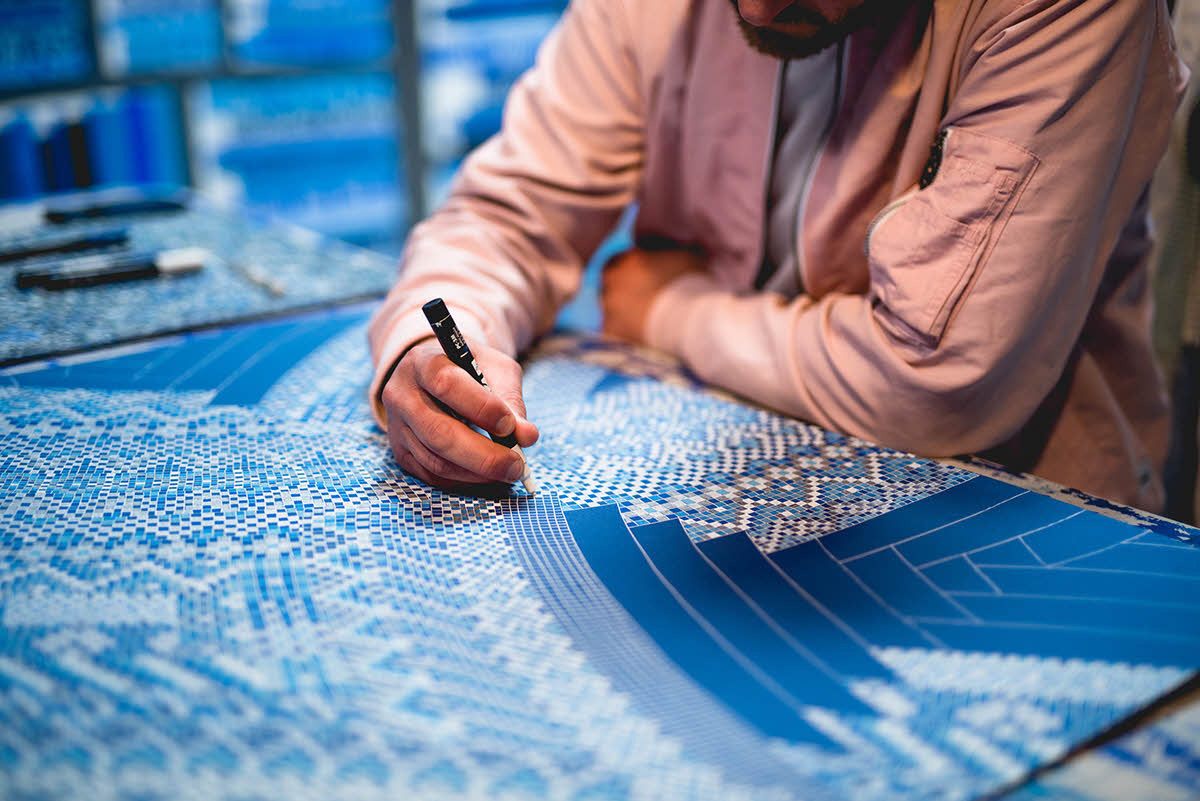 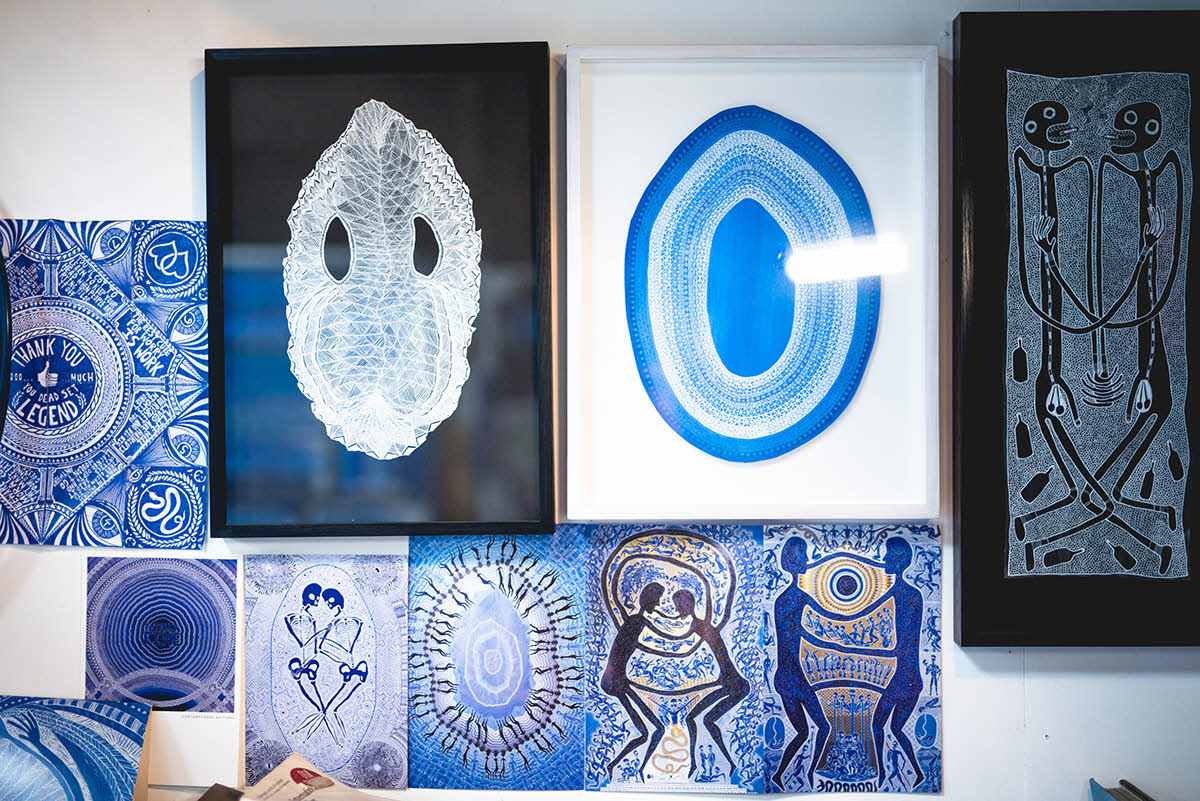 Tell me about blue. What’s with all the blue?

"It’s just the best man. What else do you want me to say about it!"

Do you think you’ll get over the blue? Will there be a red, green or purple era next?

"When I first started exhibiting the first years were all black and white. And then I moved to Melbourne and started doing all blue and white. It’s really just a problem solving exercise initially because I’m more interested in text and pattern and line. So when I was broke when I first started all I had to do was buy two colours. And from that I can actually use all the patterns to create a sense of movement and shade and dark and stuff. I just love it, I’m not a big colour fan."

But you are colourful, I find that hard to believe that you’re not a colour fan?

"It’s just one colour in here. I would never use teal or turquoise. That’s just too far!" 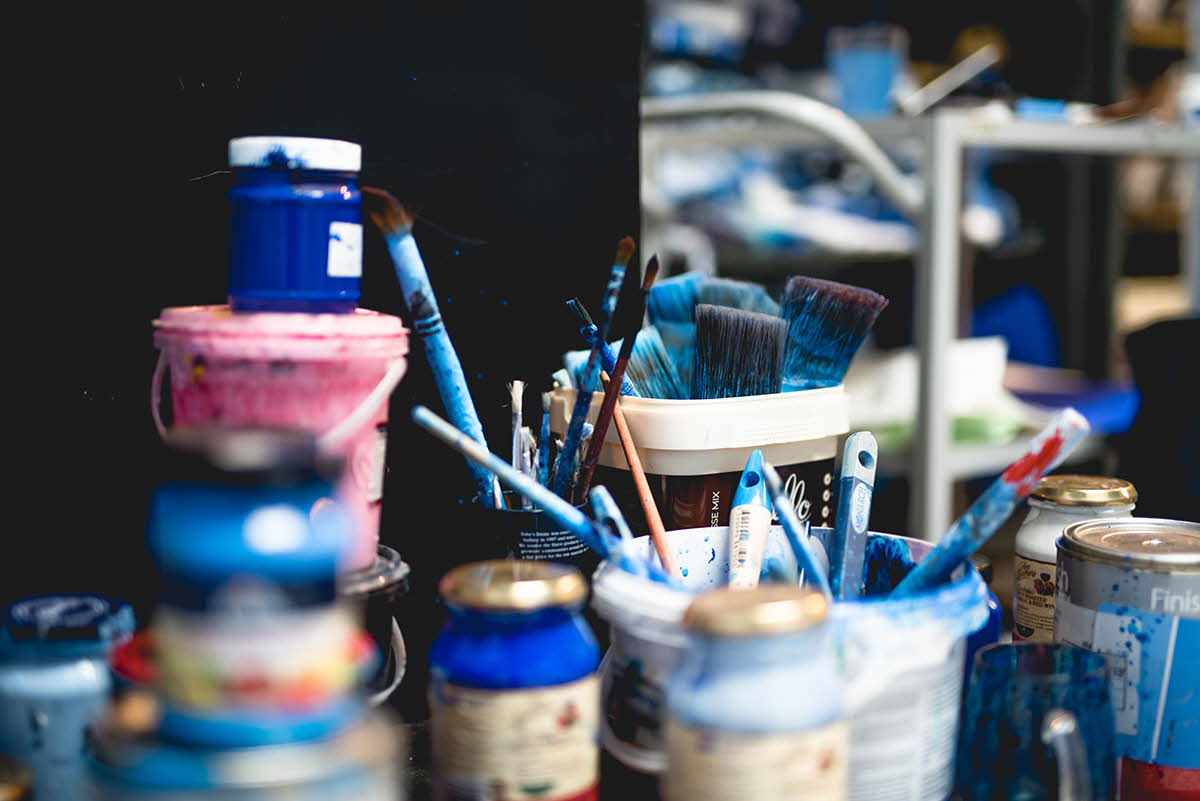 "Mostly my 2D works are ink and acrylics, and sometimes enamels. I do a lot of textile works as well. It takes me a year to make one of my quilts, my next one will be showing a really great group show at Ballarat Gallery. And that take me a year to make, it’s huge.

"They are all hand embroidered. So, you think looks like a picture is actually all embroidery."

Do you embroider them yourself? Surely not

"No, I do them all myself. Yeah and then I piece them all together and quilt it. And I do a lot of cross stitch and crewel embroidery and stuff like that."

Where did you learn those skills?

I expected you to say your Mum or Grannie – Youtube, really! 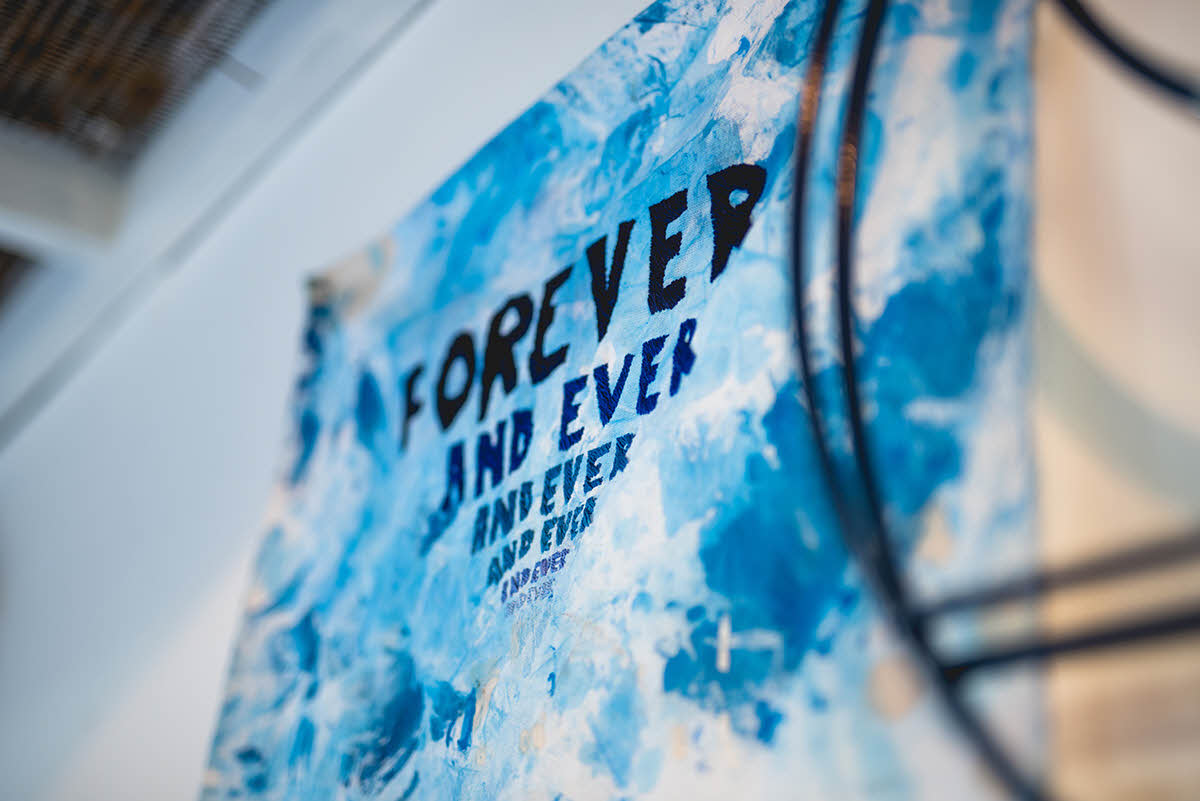 Have you always wanted to be an artist?

"I don’t know about natural talent but I always wanted to do it. I thought initially. Most people lack confidence when they first start exhibiting when they’re 18 19 so I thought If I wanted to work in this industry I better see how it actually works. So I worked in galleries for a really long time in Newcastle and managed two commercial galleries in Melbourne. I also worked at an auction house.

"So I used all of those skills and I worked selling other peoples works and then I went full-time in 2012 as a studio artist.

"I am represented by two galleries here in Australia, one in Adelaide and one in Sydney. And now I’ve got one in Singapore as well who is putting me into international gigs. I have a show coming up in Miami as well." 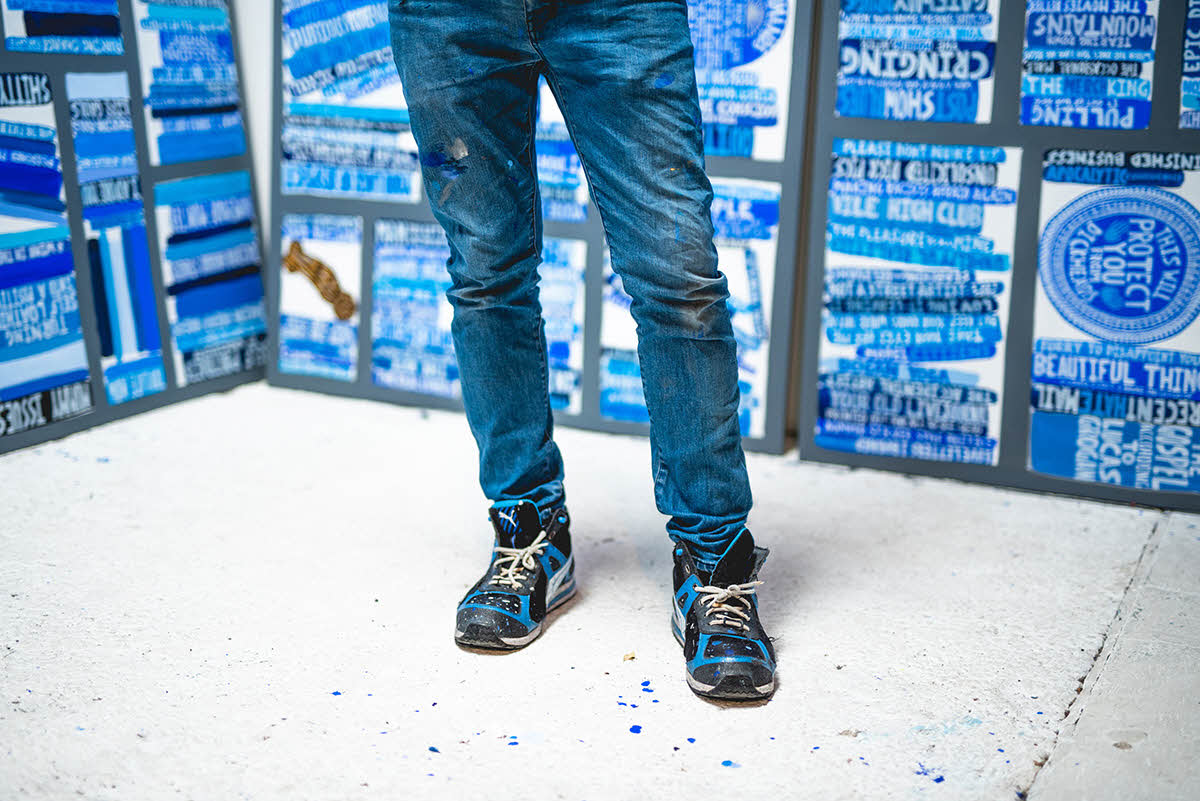 After a whirlwind few days at Sydney Contemporary Lucas' next show will be in Perth, followed by Asia Now in Paris before taking a well-earned break.