Have you ever spent the morning with an artist who’s received a letter from Sir David Attenborough himself? Well, we recently did just that when we sat down Sami Bayly; Natural History Illustrator from Newcastle.

Her walls are a timeline of intricate artworks illustrating the unique flora and fauna of the world and her studio sits tranquilly above a sea of greenery on the outskirts of Newcastle. Sami shares with us the tale of her quiet success story that started on a five-acre property with her family in Port Macquarie. 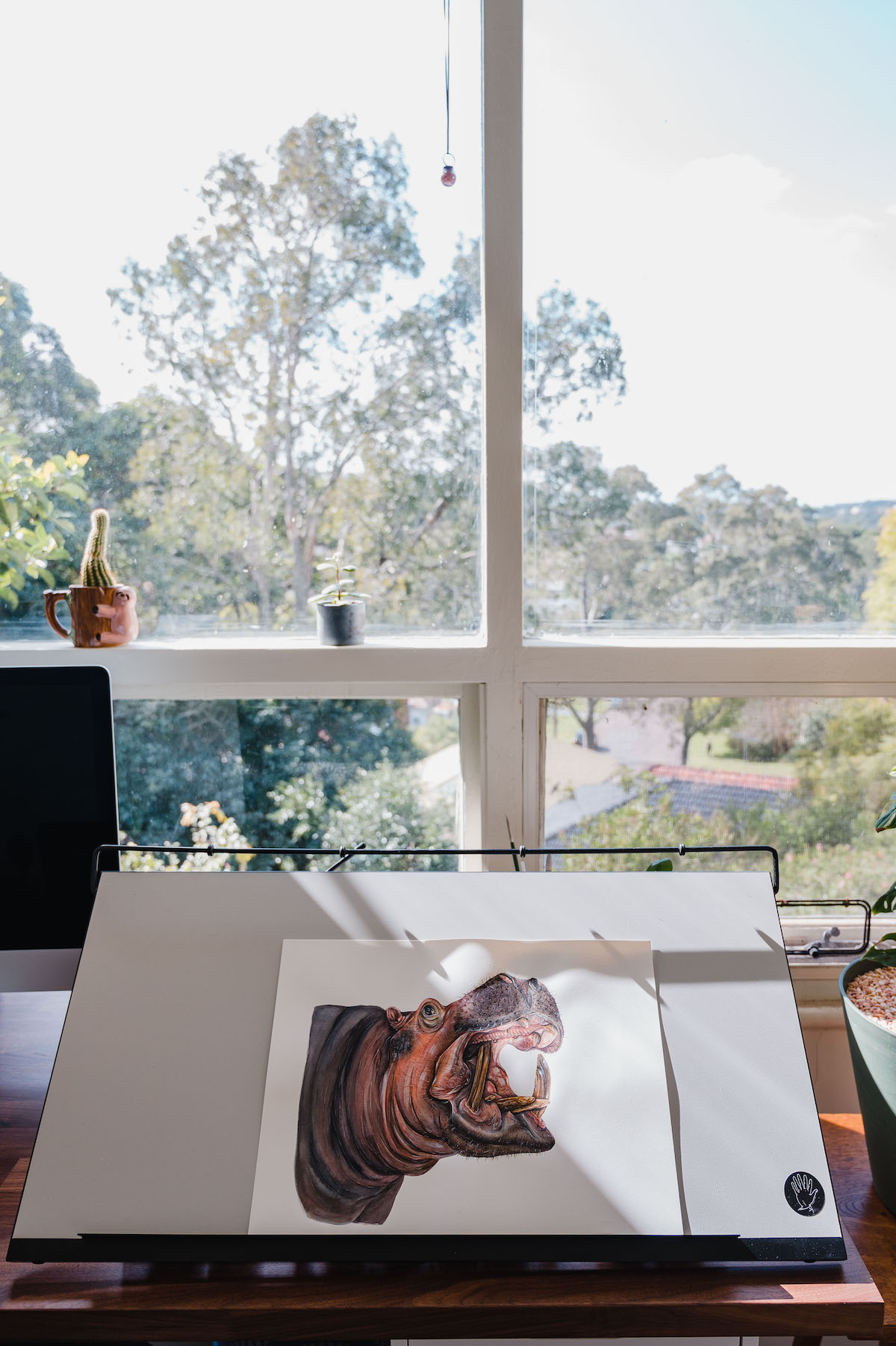 Have you always been creative?

“When I was growing up, we had a big property and lots of pets. My mum was arty - very arty. She would often just paint big portraits of our pets.

“Around the house, there were portraits of animals. My sister and I would see the art around the house and see how easy it could be to just paint what was around us. We didn’t necessarily need to have a super interesting subject matter, we could just paint the animals and plants around us and it could be really beautiful.”

Following the appreciation of art and the environment that Sami’s childhood was enveloped in, she made her way to Newcastle to study Natural History Illustration – a program that she loves and speaks so highly of that she must now, like many other artists and past students, mourn the loss of. For the first time in 15 years, the degree has been cut from The University of Newcastle’s program which leaves Australia with no degree of the sort.

“It sucks a lot, but at the same time, there will always be a way. You don’t necessarily have to have a degree to create art. It definitely helped, but you can learn a lot without a degree so I don’t think it will stop people.”

During the commencement of her Honours program, The Illustrated Encyclopaedia of Ugly Animals was pitched to Sami by Hachette Australia Books after the Sydney Morning Herald featured an interview discussing her work and a brief insight into her love of ugly animals alongside one of her paintings. Expectedly, Sami jumped at the opportunity to share her work and knowledge with a larger audience and was able to coincide the creation of the book with her studies.

It was never part of her plan to be an author, at least not whilst still studying. Sami tells us she’d always been prepared to work a retail job and do small commissions while just having her art as a hobby for a long time.

“I knew there were possibilities of doing kid’s books and textbooks but I didn’t think it would happen this soon, I thought that would be like 10 years down the track.”

After being contacted by Hachette and coordinating her work and studies, the next year and a half was a whirlwind of drawing, painting, writing, and extensively researching the ugly animals of the world. 30 000 words and 60 A3 paintings later, Sami became a published author and illustrator in September 2019.

Where does your love for ugly animals come from?

“I think it’s just been a combination of things. If I went down a Fine Arts path, I think I would’ve still loved art as much as I do but I think it wouldn’t have been focused on animals as much. My partner, Jay, is nature-focused and was studying environmental science when we met, so he really opened a different side of my eyes and realigned my focus.

“I love the idea of ugly animals. They’re kind of silly and funny and kids can have a good laugh, but when I started doing more of the research I started to realise how many of them were getting mistreated and that people just didn’t care about them because they were ugly. They’re just not getting funds to help their population because we think they’re silly looking. How ridiculous is that?”

Sami’s growing body of work aims to entertain, educate, and bring awareness and funding to ugly animals, most of which have never been discussed in a positive light before. Her second book, The Illustrated Encyclopaedia of Dangerous Animals, is set to be released this September and takes a similar stance on raising awareness for animals with a negative and misunderstood reputation. 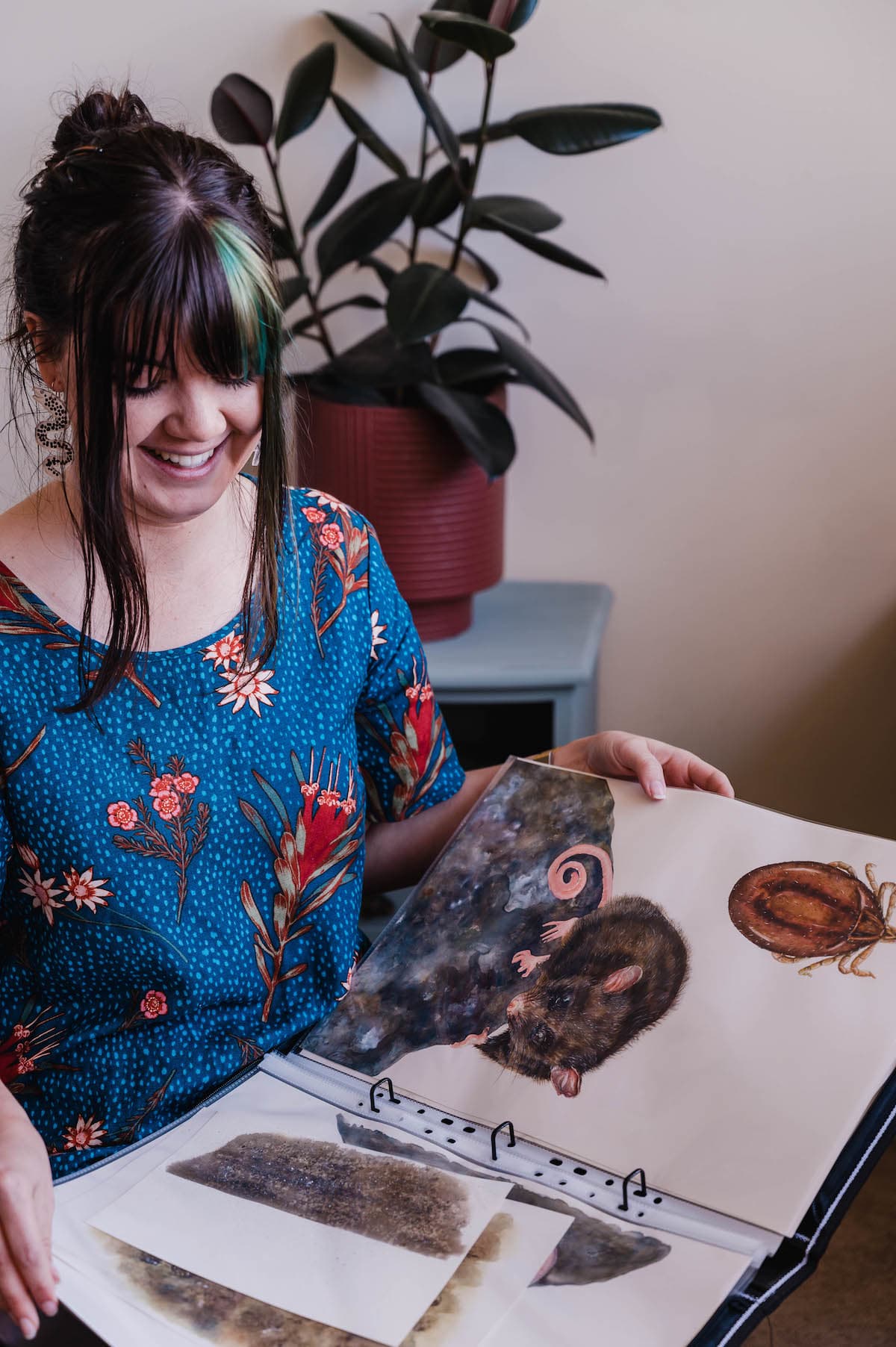 So, how does a young author and self-proclaimed Sir. David Attenborough mega-fan receive a handwritten letter from the God of the wilderness himself? Actually, surprisingly simply.

Upon receiving the published copies of her first book, Sami knew she wanted to send a copy to both David Attenborough and Jane Goodall with no real expectation that she’d receive anything back. After asking around and finding a few mutual contacts, Sami was able to send a copy of her book to her heroes, and that in itself was gratifying enough. Weeks passed and a letter arrived branded with British Airway stamps and Sami’s heart skipped – semi out of fear it might have been some kind of fine, but also because part of her knew what she was about to open.

“It was beautifully handwritten and I think he’d handwritten my name on the envelope so I made sure to keep that as well. I was trying to read it and my eyes were welling up. But also I couldn’t really read it, because he’s about 80. So it took a few goes and a few different people looking at it to figure out what it said. I didn’t care what it said, though. It could’ve said he hated the book but I loved it.”

Sami’s life has been full throttle whilst working on her books for over 18 months and it’s not slowing down any time soon. With a third book in the works, school workshops and selling prints on the side, gone are the days of thinking her art would forever be a side hustle. What could be next for her?

“If I could do anything it would be going overseas and seeing all of the animals in my books in person…whether it be in sanctuaries or in the wild. I was lucky enough to see the proboscis monkey and orangutan in Borneo. If I could have that experience with all 120 animals from the books I could die happy.”

The future is bright for Sami. Who knows, maybe one day we’ll see her taking charge and bringing Natural History Illustration back to Australian educational programs! Be sure to keep up with Sami on social media and check out her etsy page for one-off exclusive prints and book sales.