Retro swimwear made to make women feel their best

You have to be so motivated, it is really hard work. I was really driven to make it work.

After working in the buying department for Diva (yes, I had completely forgot that existed too) Newcastle local, Katherine Hampton, headed off overseas on a travelling stint. On her return Katherine went back into the retail scene and at the same time began working on her own swimwear line.

“My mum is a teacher at TAFE in the fashion department, so she knows how to sew. She might regret it now but she said to me, ‘I’m not working as much if you want me to help with sewing for something… I could help you do the production side of things’ and I was like ‘Oooh really?’” 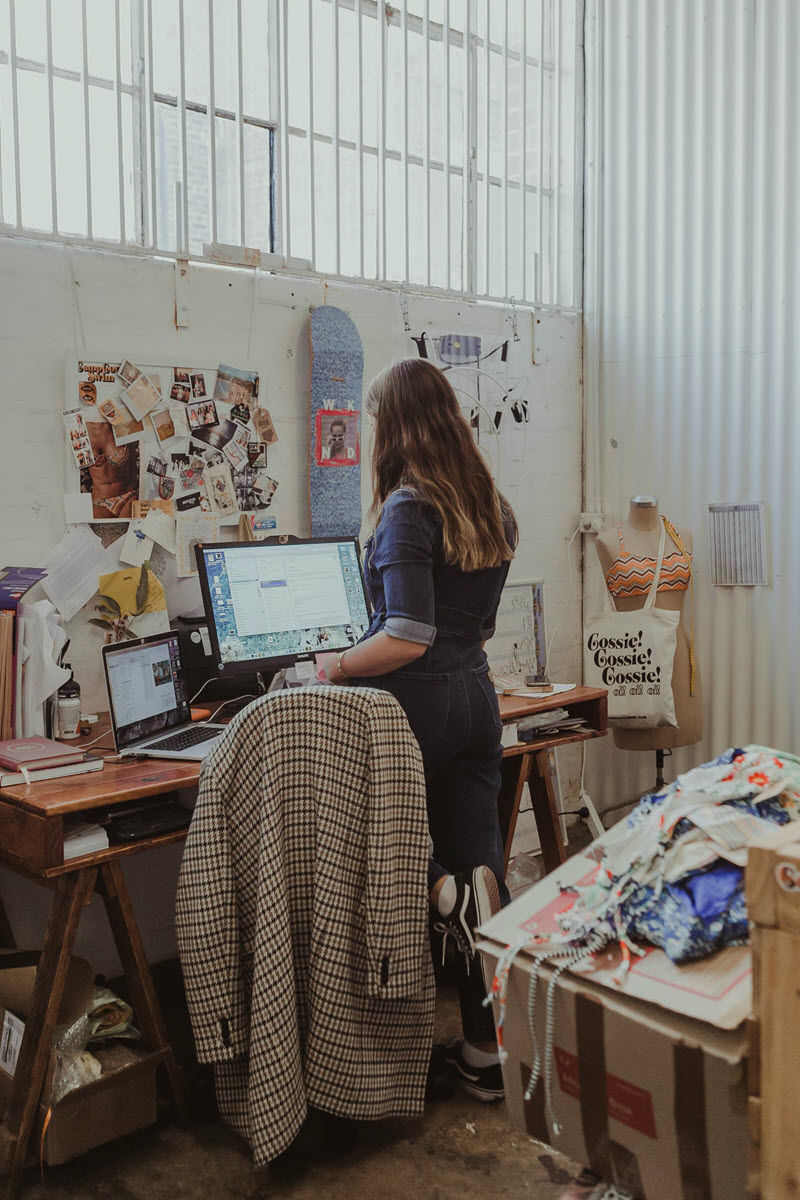 Having completed her Certificate 4 and Diploma at Tighes Hill Tafe, Katherine then made the move to Sydney to complete her Advanced Diploma. Katherine has since made Sydney home and has her Camp Cove studio set up in St Peters.

Although Katherine now has a team of people working for her, her mum still helps out where she can. “Every now and then there might be a certain part I give to my mum but it is not the whole thing, like the bikini straps….and my dad is all in on it too…mum does the sewing part and dad turns it through while sitting in front of the TV with a beer (laughs). Eventually that isn’t going to be a viable thing to do, I’m going to have to figure out how to avoid that”. 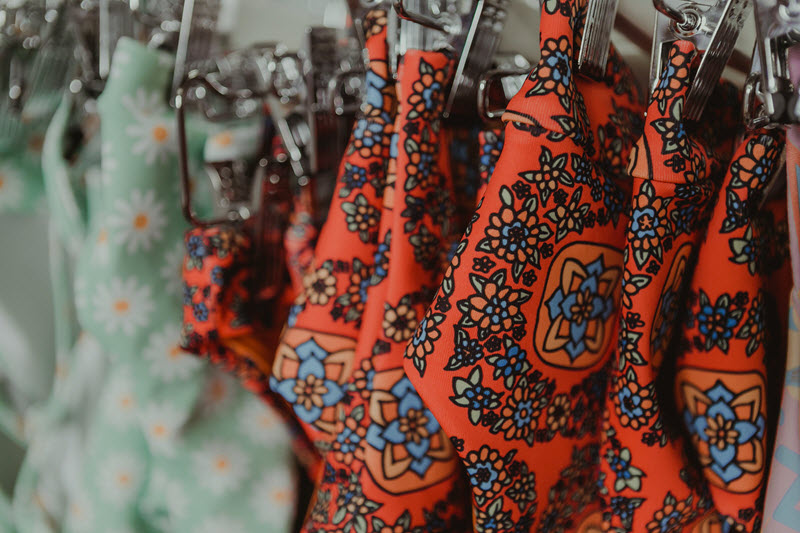 On starting out Katherine admits, “I felt like there wasn’t anything like my personal style, I didn’t feel like anyone was doing that in the market. Not super glam, but not super simple, like in the middle. And no one was doing that cheeky cut bikini yet. So I just thought, ok here is a trend I can target, but also I can see if that applies to my personal style. So I gave it a go”.

“I started online, then the first physical retail thing that I did was the Olive Tree Markets which was really cool because it was the first face to face feedback that I’ve ever had". 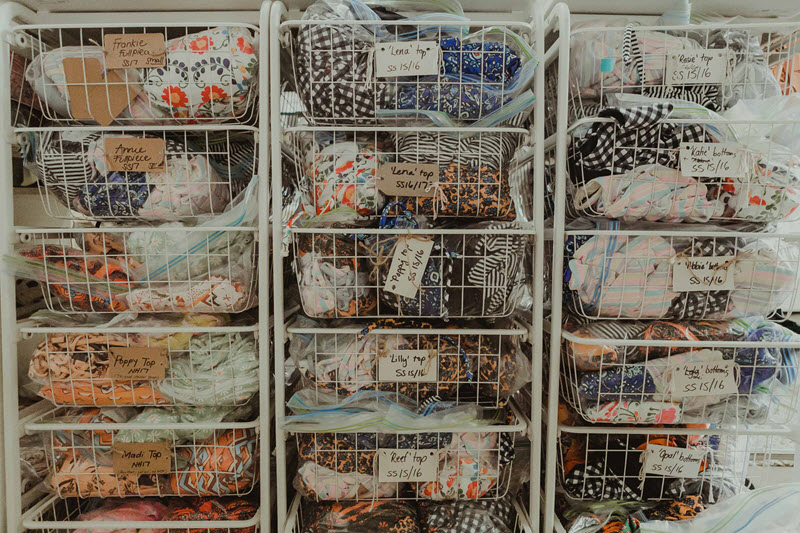 Where did the name Camp Cove come from?
There is a beach in the city in Sydney called Camp Cove. When I first heard it...I don’t know that name just sent off a little thing in my brain. It is so beautiful just somewhere you wouldn’t expect to be in the city. 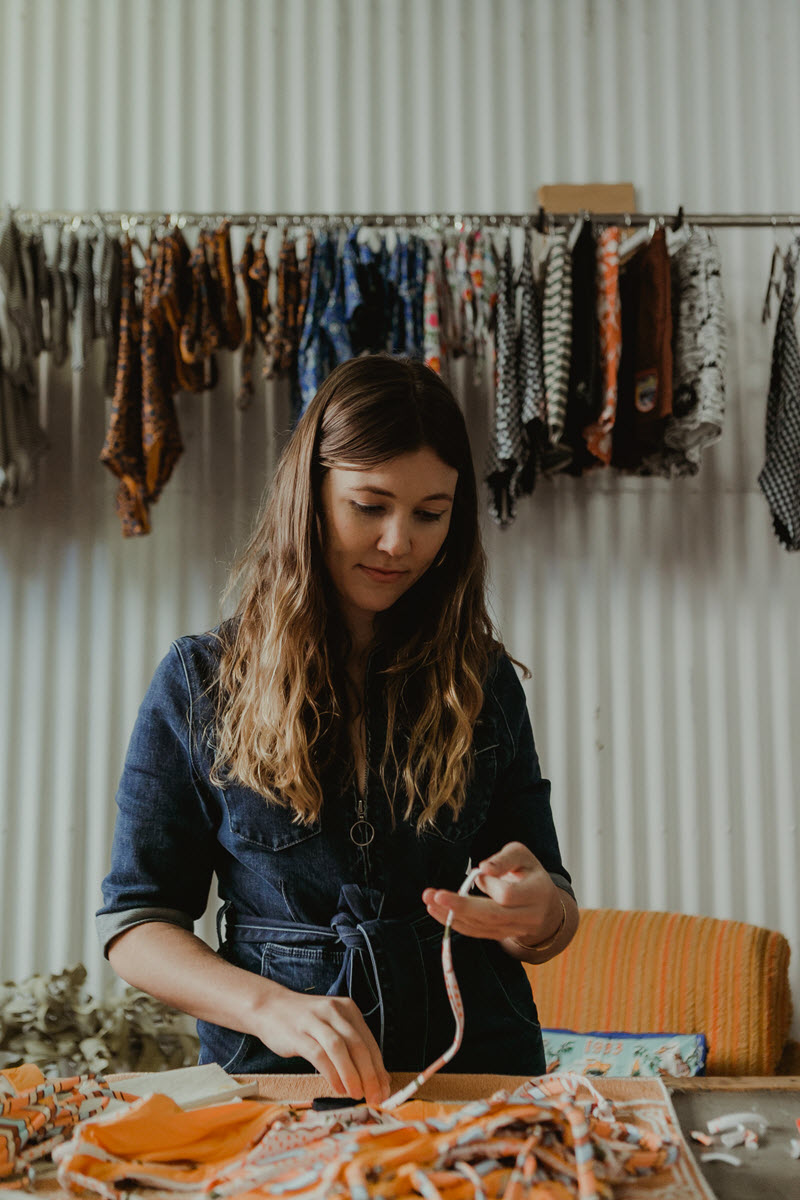 Is Sydney where you need to be living for your industry?
It depends what you want to do, if you want to work for another brand it is. In terms of running your own business, I think now because of the internet you could do it here (Newcastle), but I think it would be harder. In Sydney you have everything at your fingertips.

So Camp Cove is all 100% Australian?
The only thing that isn’t from Australia is the fabric. I buy it from an Australian company but it is made in either Italy or China. And I would say the elastic and the thread. I buy all through Australian companies, but they probably have them made offshore. But in terms of production and the printing of the fabric that is done here. 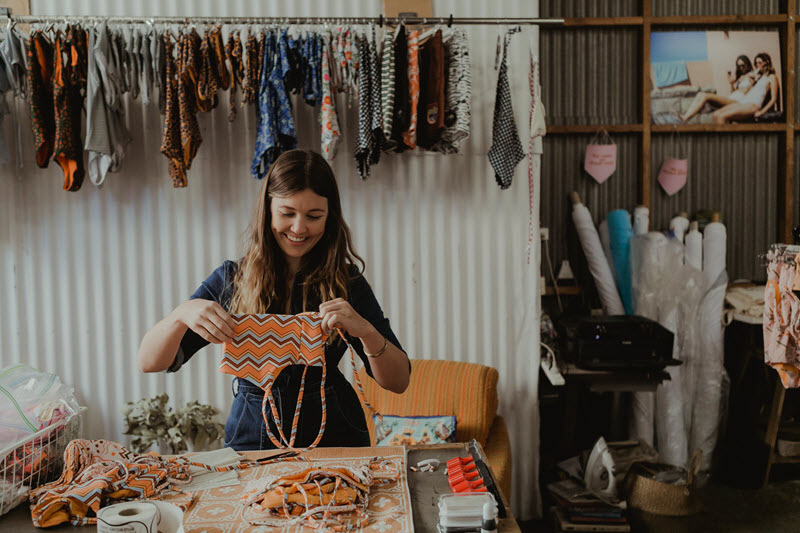 Tell me a bit about your latest collection?
I do two ranges a year, one is targeted at the Australian summer, and one this time of year is more targeted at the Northern Hemisphere and also Australians traveling to Europe. 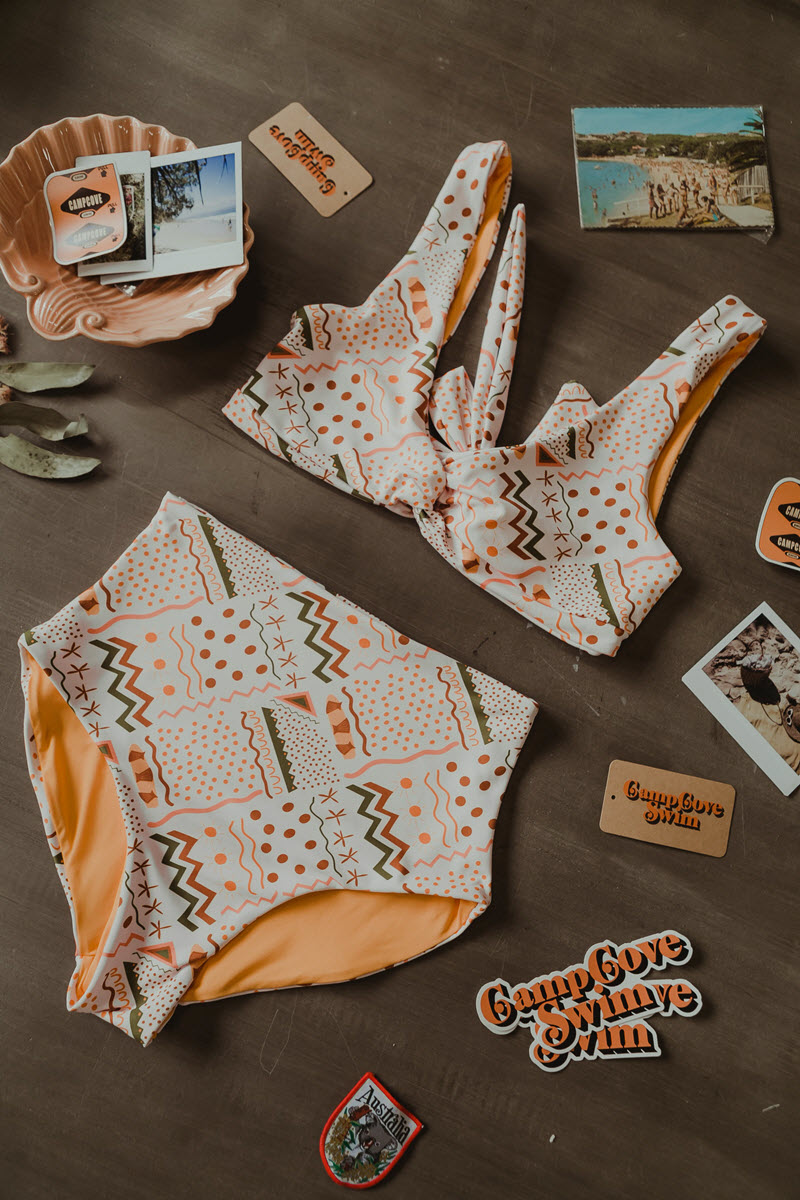 The ranges seem to happen organically, this one has seven prints and each print is quite unique and I target them at a different person. There is a print that is oranges and blues and browns like the 70s, and then I found the Australian-like theme has really responded well so I did a wattle print, still in that retro theme. The pink print is one of the most exciting ones that I did, I was never really trained in print design, and so I’ve just been learning as I go. So that one I was like ‘ooh I’m going to try something different’. 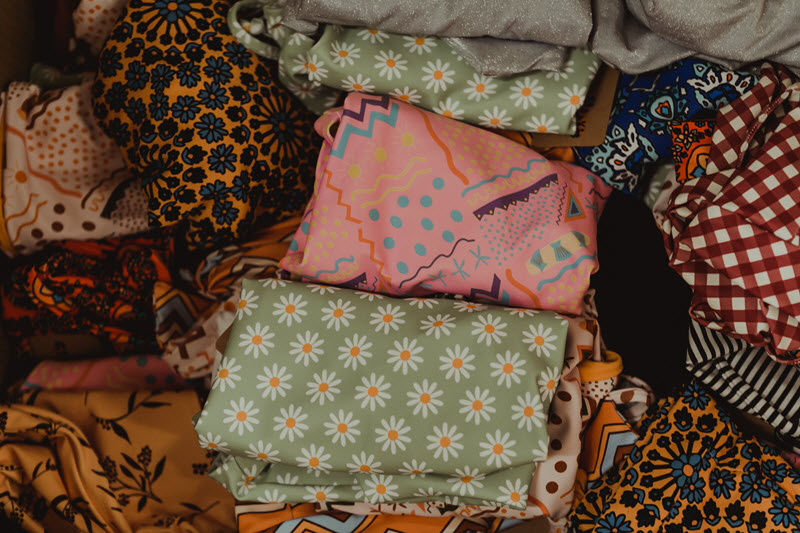 What has been your career highlight so far?
I kind of split it in two…probably when I was in Vogue Australia. That was really like an industry recognition thing. The other one would be, when I had a pop up store last year. It was so busy, and there was one girl there, she was on her own, she looked quite shy. She came up to pay and she was like ‘yeah this is actually the first time I have ever bought a bikini…I have never really felt comfortable or found one I ever liked and I put this one on and I felt so good’. It meant so much to me. 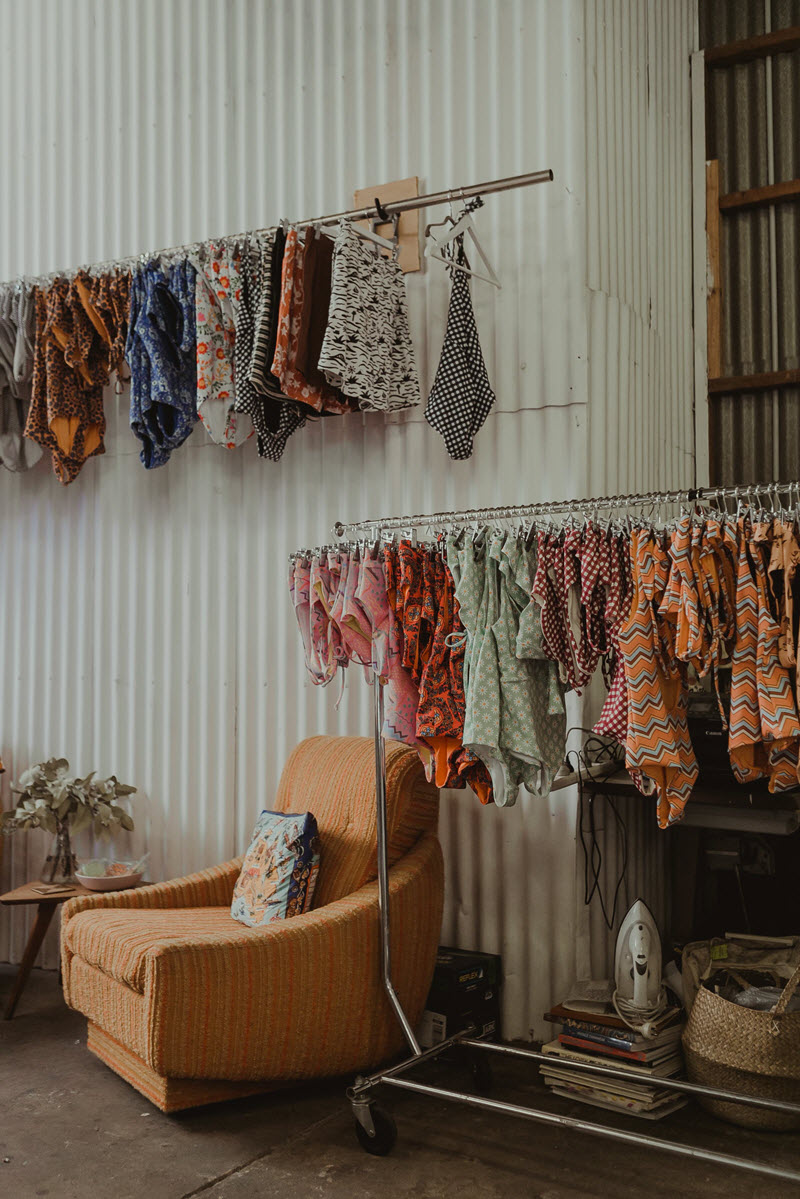 What has been the biggest challenge?
I think it might be me letting go of doing everything. It is easier for me to do this than show someone how to do it. But it got to a point where I can’t expect to keep expanding and handle all the work.

Is Camp Cove in many stores or is it just online?
Not many, that is our next goal. Why I want to get into more retail stores it is not necessarily about selling products but about brand exposure. 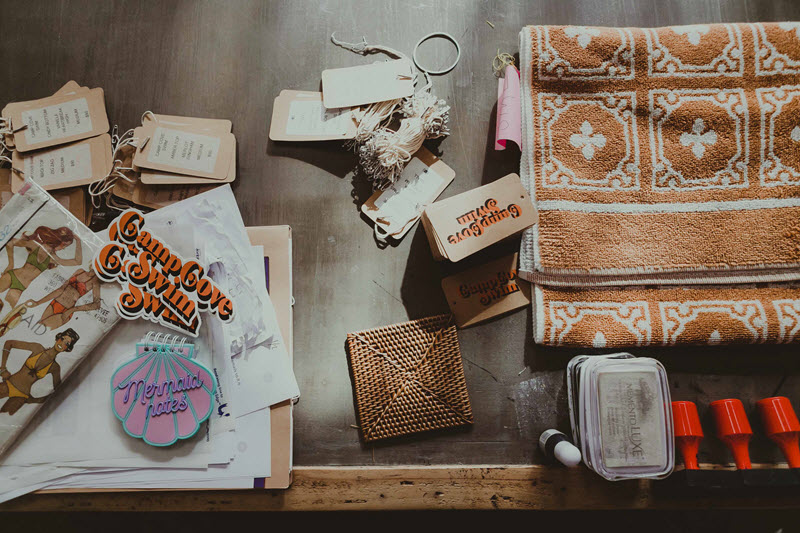