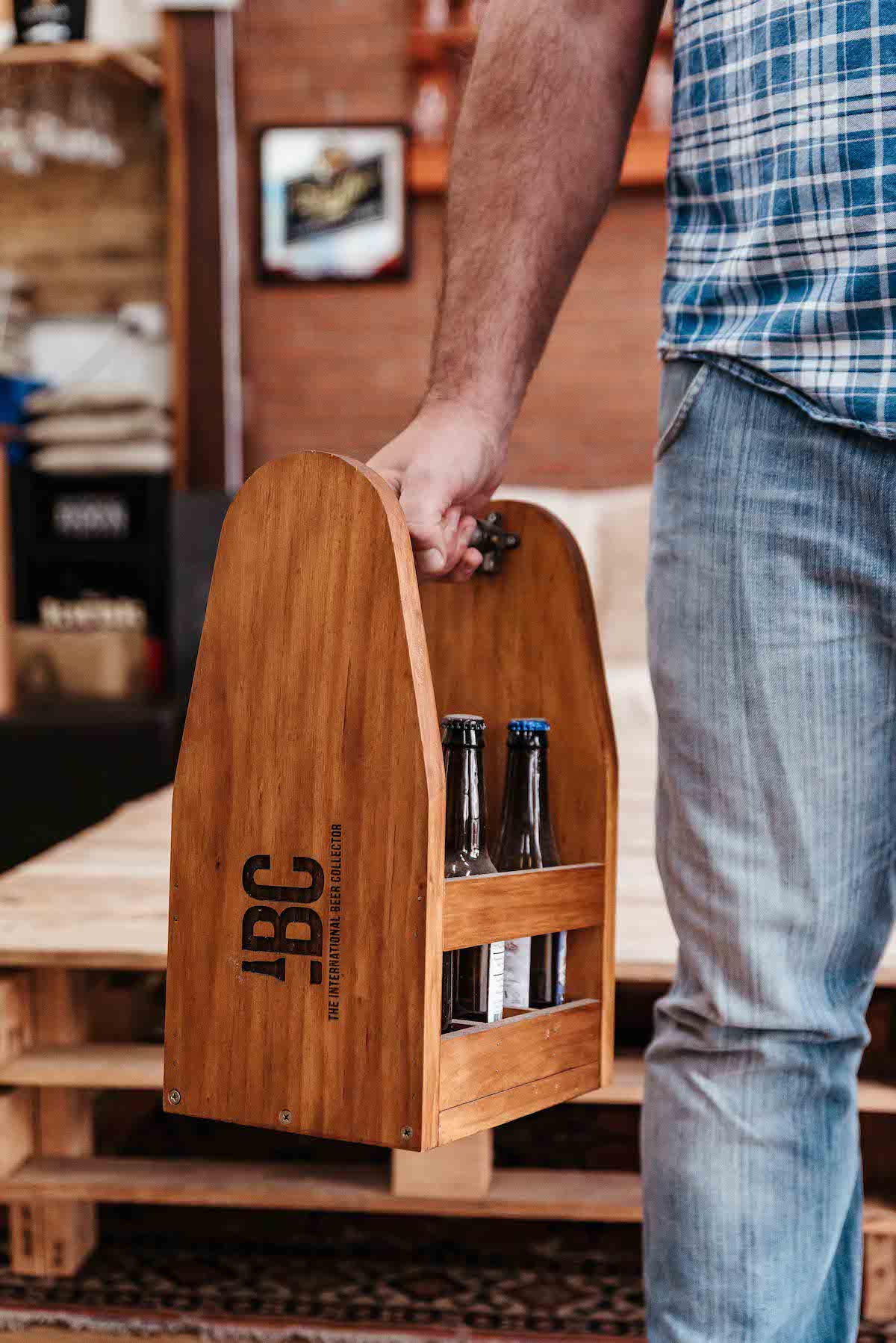 Created out of a love of beer, local couple Jason and Anita Pugh have one hell of a story about why their brand came to life and what they’re bringing to the beer game in the Australian scene. 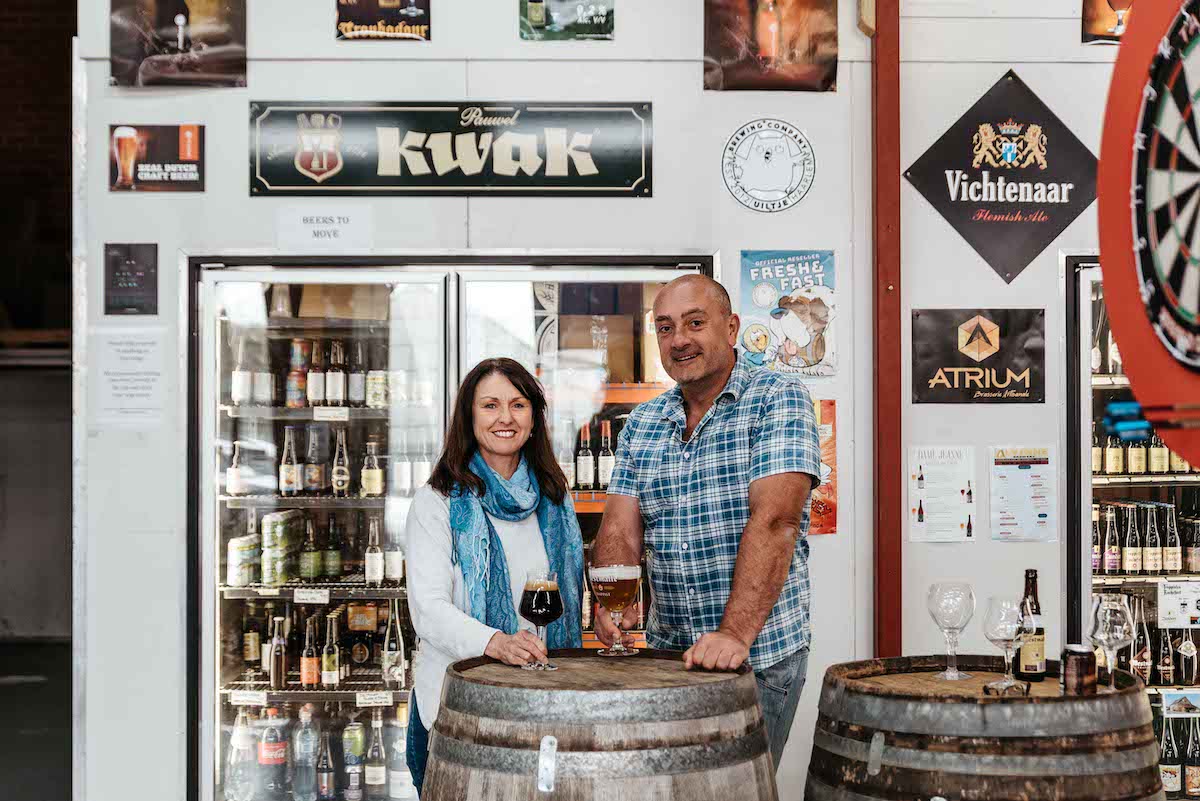 As the name suggests, Jason and Anita are The International Beer Collectors. Providing Australian bottleshops and venues with some of the best beers from across the globe. But it’s the background story that really brings the brand to life.

Starting just as a hobby exploring the European beer world whilst living in London, the pair have a seriously exciting collection of stories from their beer adventures. From getting lost in fields with sat-nav to crawling into the roof of a barn to a hidden brewery; sit down for a beer with these two and you’ll be occupied for hours. 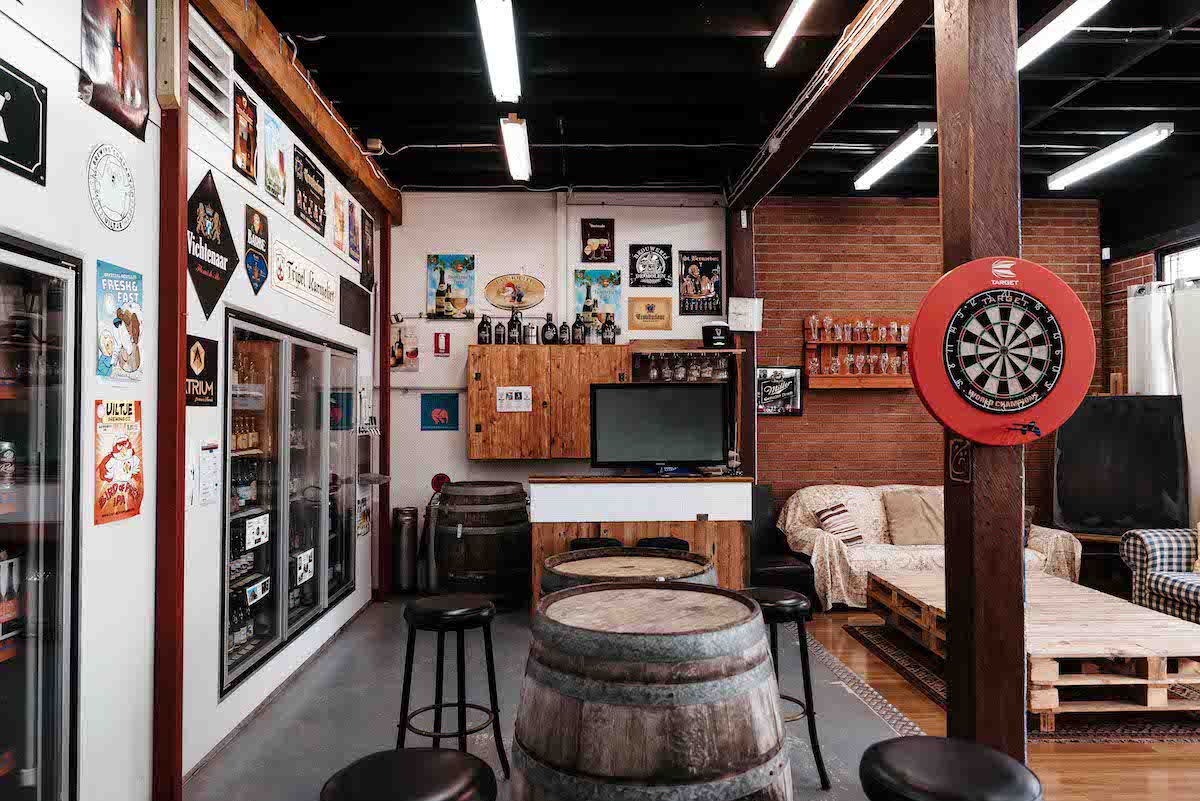 “When we went over there, we would go out to all the little country pubs. Then we went to Belgium and we were in love. Brugge is like our third home. For people that have lived in London, they’ve all got their place that has a special place in their heart,” Anita told me. 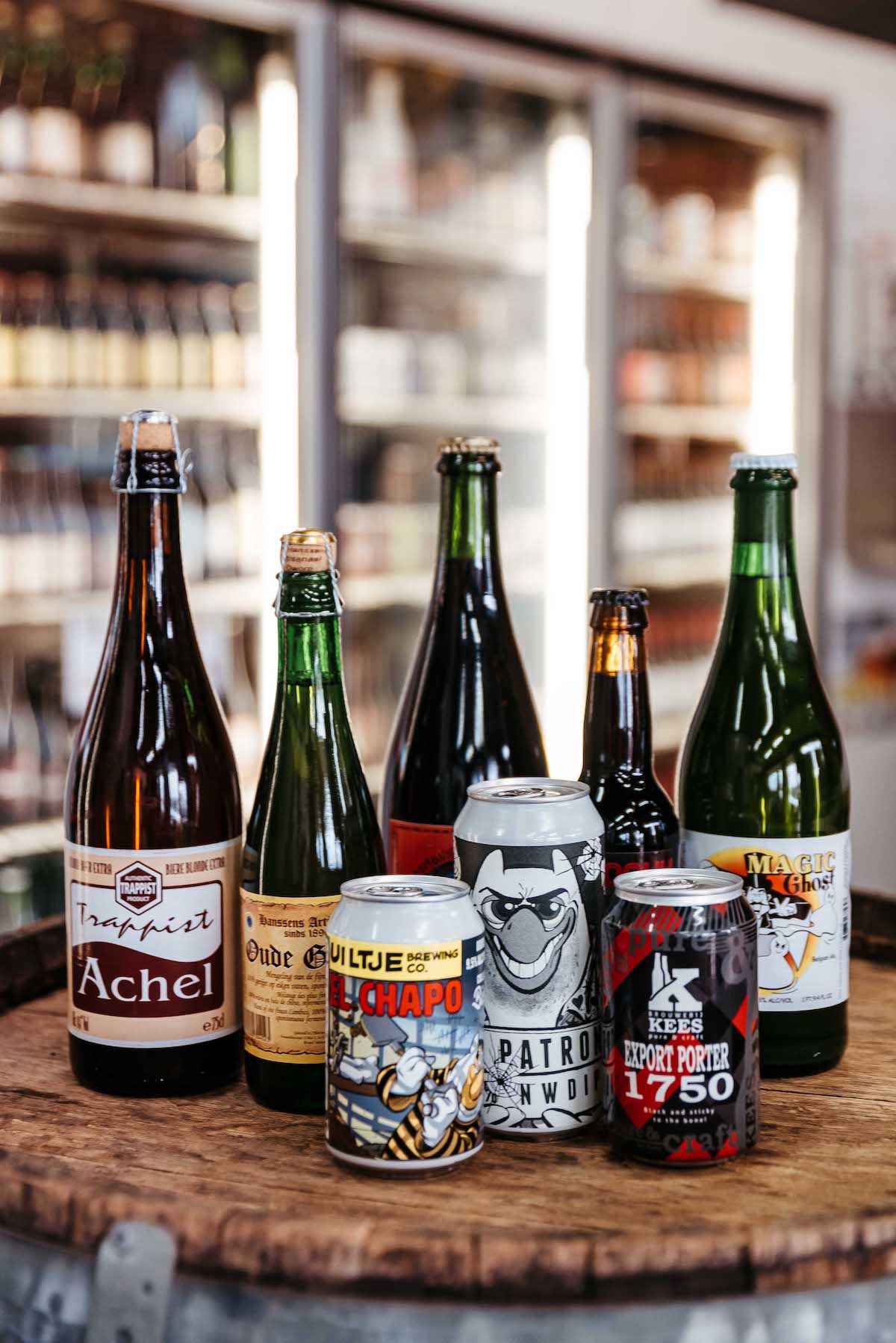 The pair have been lucky enough to spend their years travelling the globe and sampling some of the best beers the world has to offer. Living in London for ten years, the couple spent their weekends jetting off to different parts of Europe and making the most of the small heritage breweries throughout. 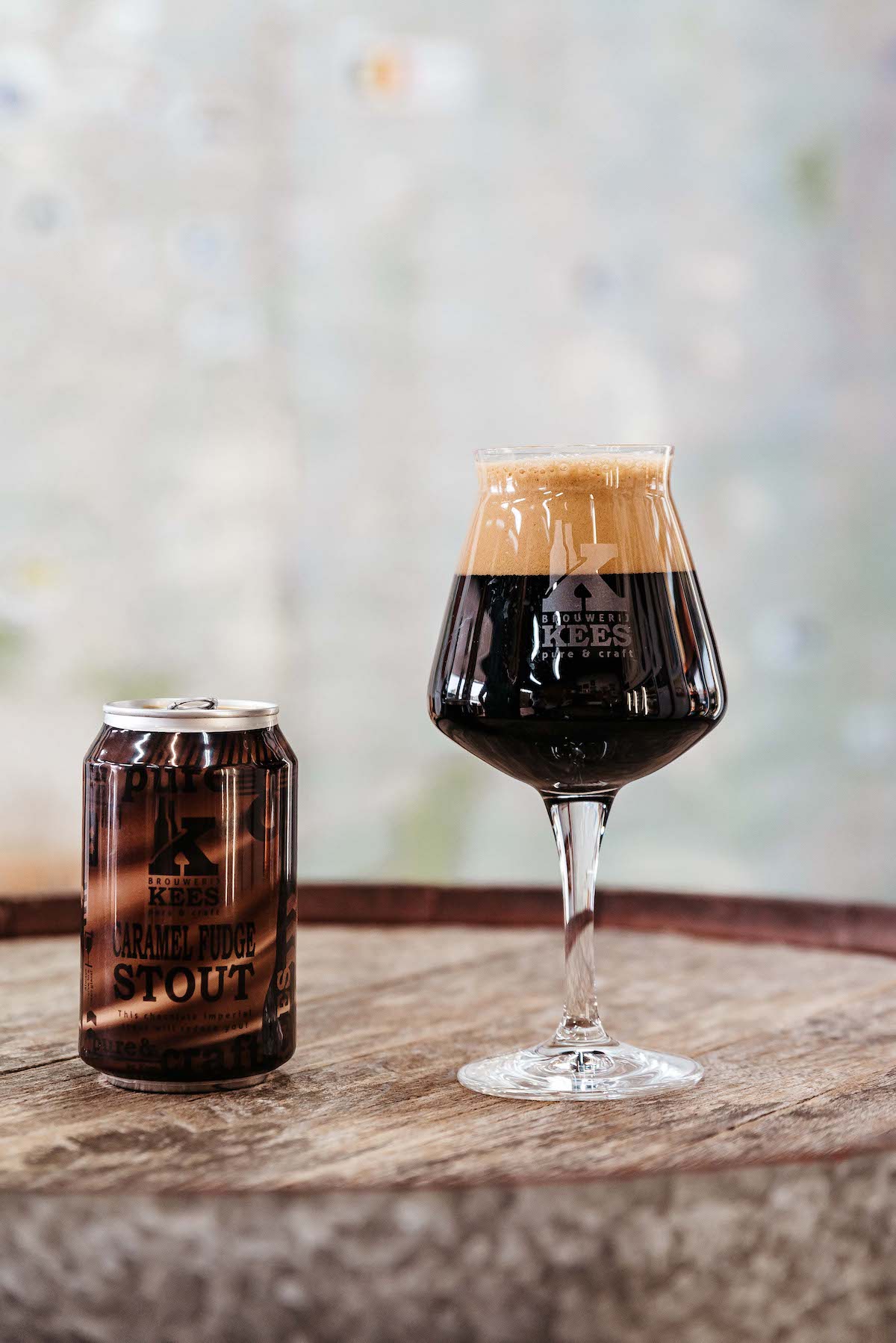 “We had this old car that we would regularly drive over to Belgium. Some places are like bottleshops but they’re in this beautiful old house that is full of beer. It’s like a deli, but with beer. I remember we had our youngest Olivia as a bub, but we didn’t have enough packaging. So, we were wrapping the single beer bottles up in baby clothes. We would drive back to London with our newborn safely in her car seat in the back, but with beers stacked either side of her.

“We would come back, unpack all of our finds and call all of our friends over; Aussies, Brits, Russians. We’d say, ‘we’ve just come back from Belgium, you should come round and try our beer.’ Then we would line up all the glasses and say try this, try this. We’d tell them the full story and every single person was just smitten with it.”

Coming back to Newcastle after a good stint abroad, the pair wanted to bring a bit of their travels back with them. So, when packing up a big container full of their furniture and other bits and bobs; they saw an opportunity to do one last run through Belgium to call into their favourite breweries and collect their favourite beers. 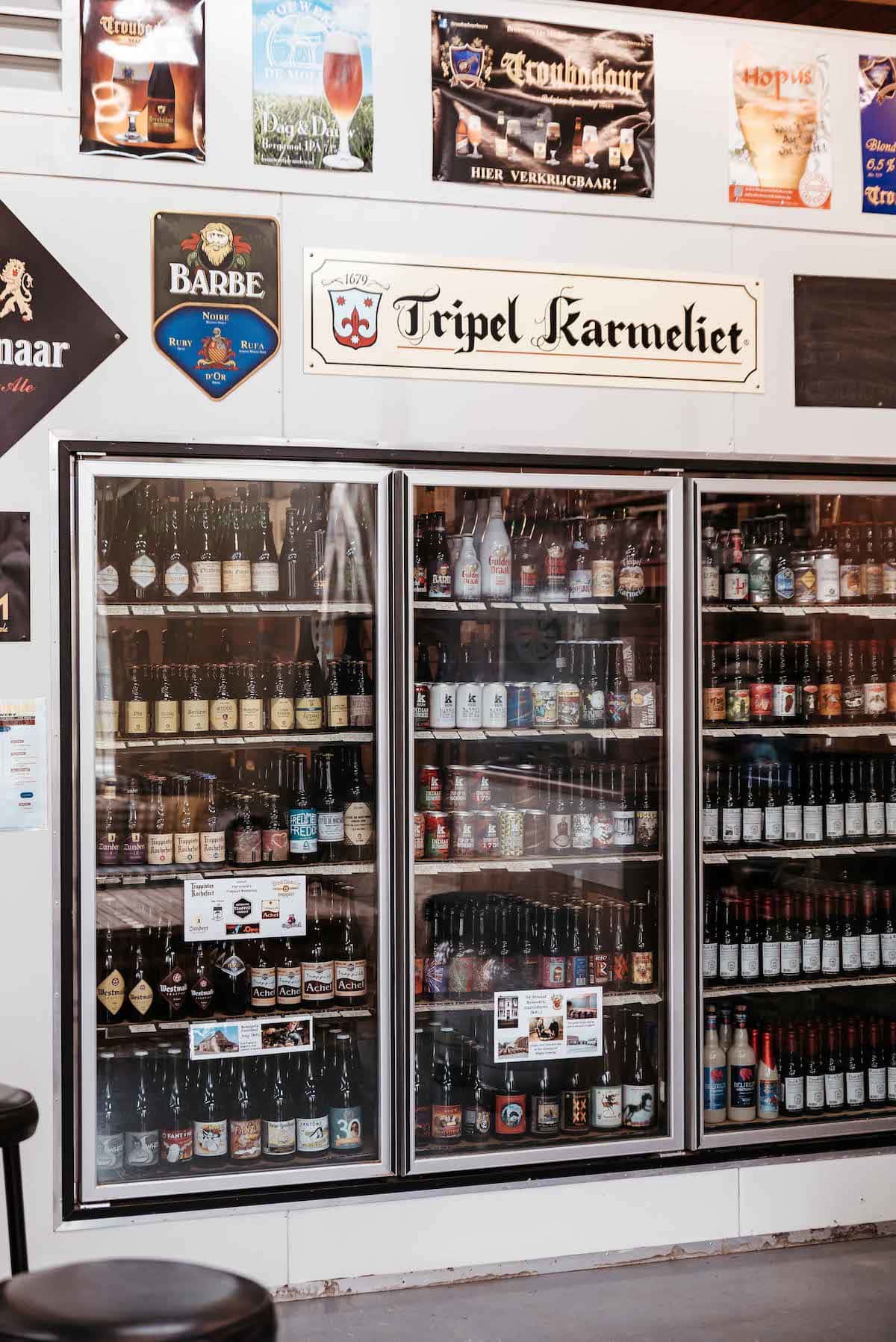 “We had over 3,000 bottles of beer when we got back to Australia. The beauty is, that it can last for years and years and years. But then we started sharing it and it dwindled really quickly.

“A couple of the people we shared it with actually had bars in town, and they wanted to stock it. They ended up buying some off of us, then a week or so later they said it’s gone so well; we need some more! So, from there we decided we could start doing this as a bit of a part-time hobby business,” Jason explained. 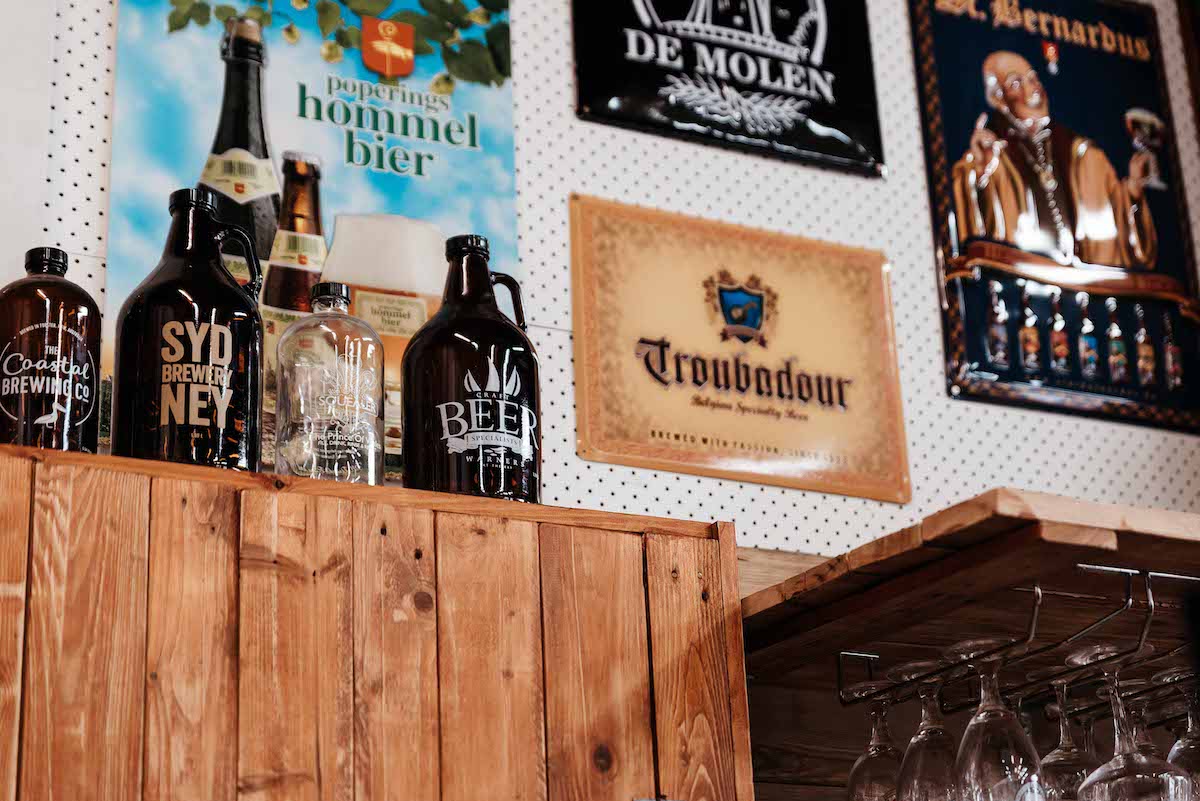 Wanting to share their finds with every beer lover in reach, the pair are also keen to converting a few non-beer drinkers. Sitting down to enjoy not one, but two beers with the couple, I can say – converted I am!

The majority of the business is wholesale to over 100 bottleshops and on-premise venues across Australia. But the pair have also started up their own side to it; The International Beer Collector Beer Club. 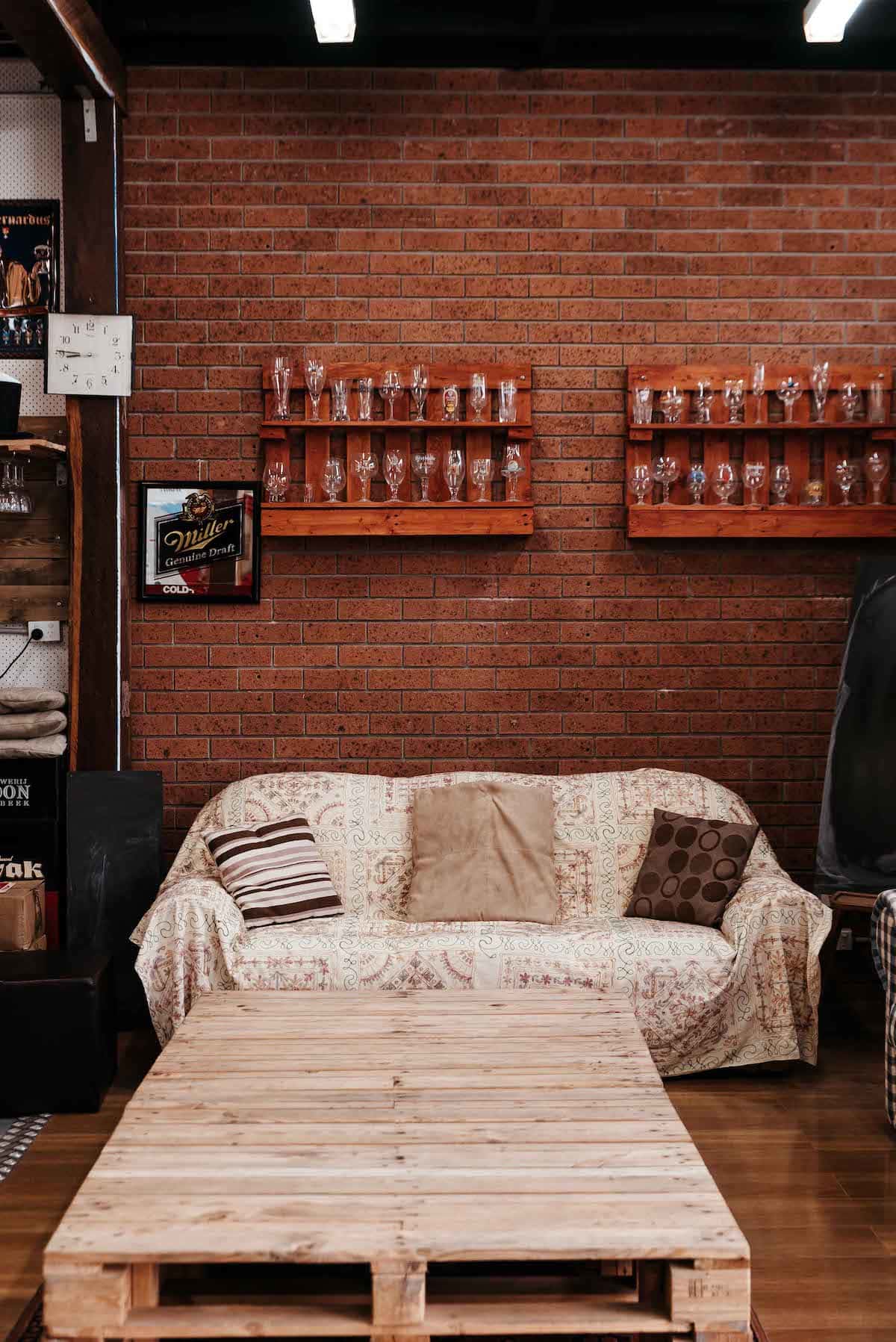 “The beer club was originally my fun. I thought, there must be other people that want to drink beer like I do and try different stuff all the time. We talked about it, and it was a great idea for people to get a feel for little breweries.”

If you’re always on the search for different beers to try, the Beer Club membership might just be for you. Every month you can access beer that you wouldn’t be able to get your hands on anywhere else. 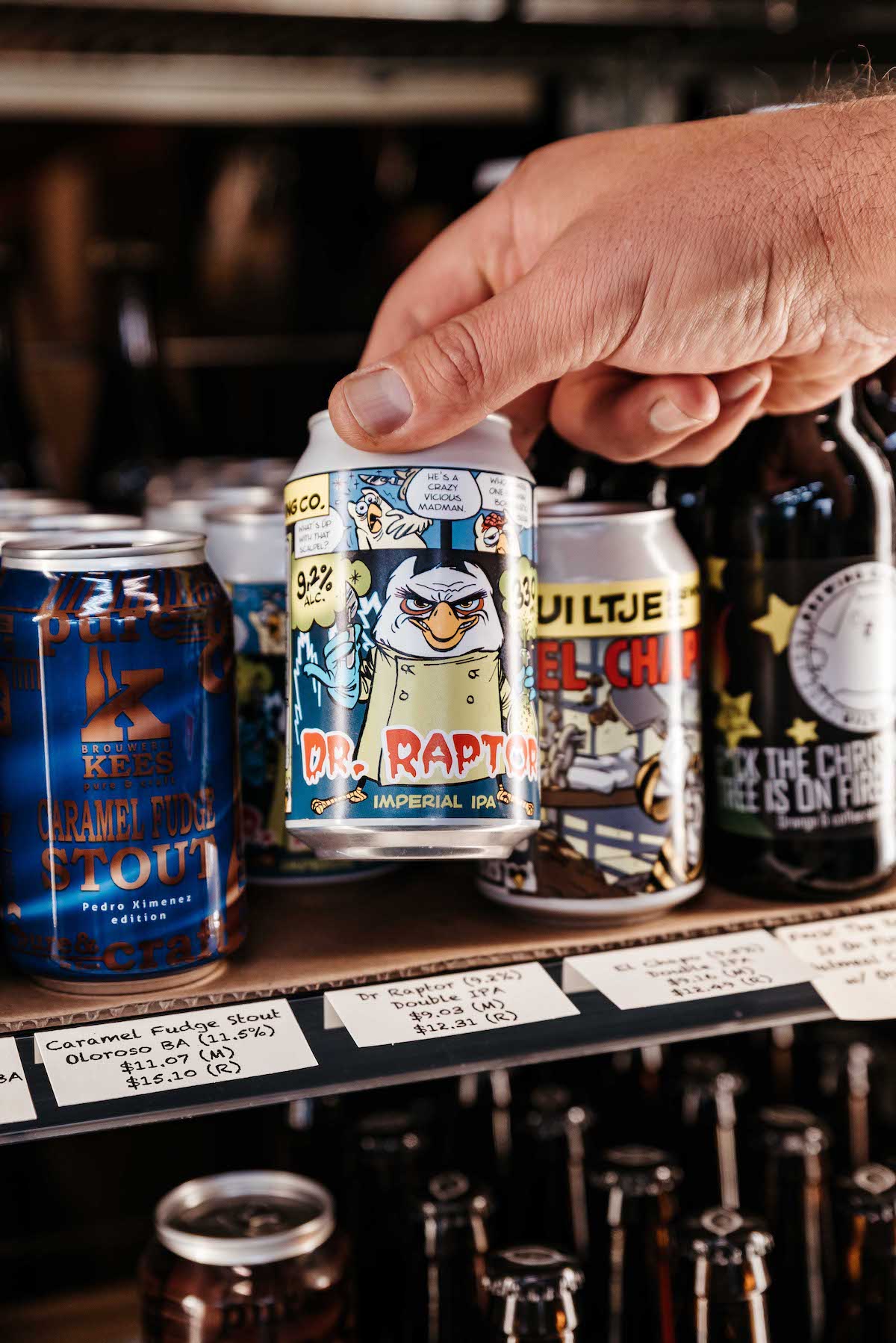 “It’s not just buying beer. You get the six-pack and Jason does the tasting notes every single month. So, you can get online and read them; I just think it’s a great hobby for a couple to do,” Anita said.

The beer club is for those who really appreciate the unique flavours and qualities of truly amazing beer. Jason and Anita personally select quality beer direct from small brewers in Belgium, The Netherlands, France, UK, Germany, and the USA. 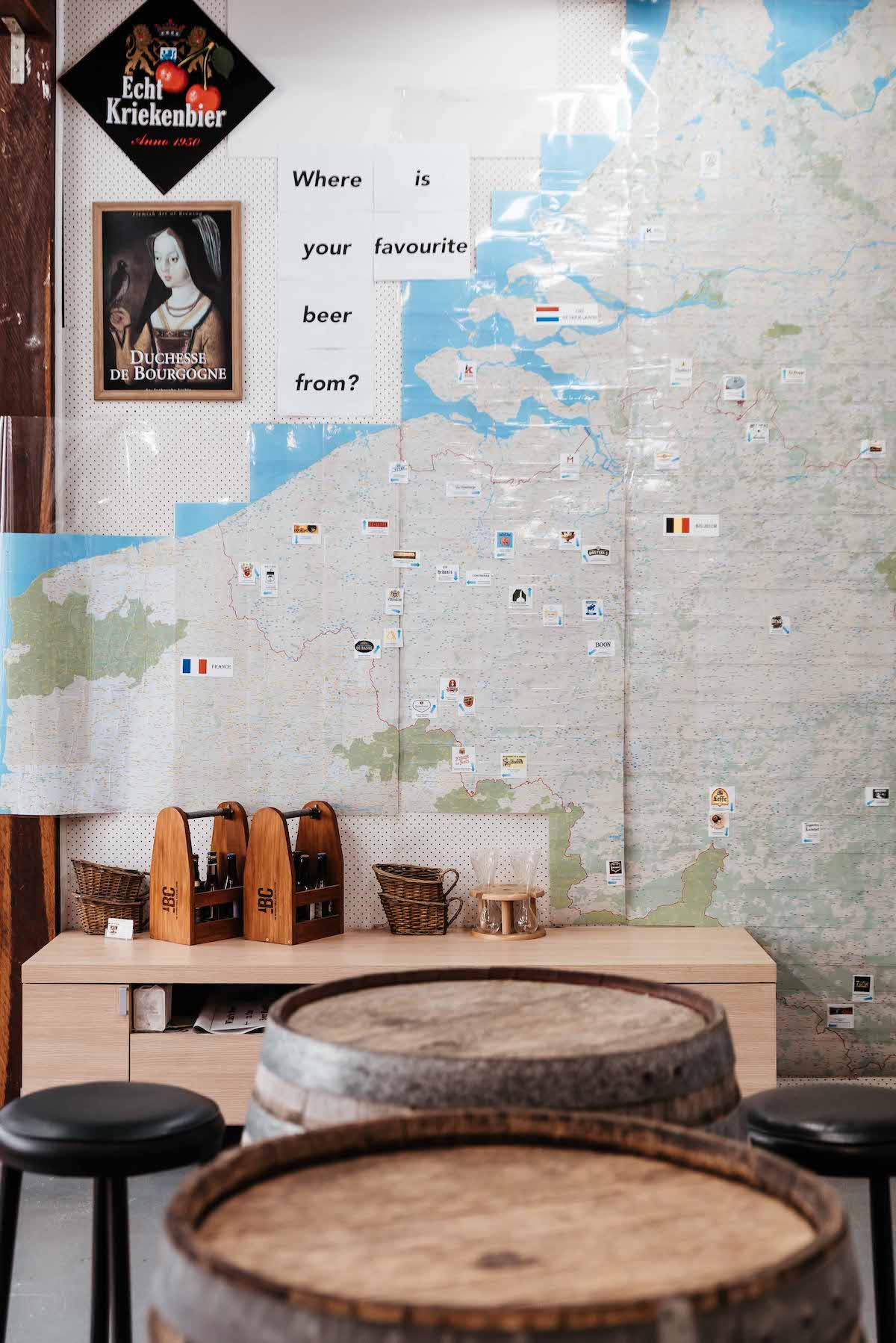 Members will receive a six-pack of specifically chosen beers that are delivered each month. Each beer is selected for its special qualities or seasonal theme. Since June 2013, members have enjoyed over 497 unique beers from over 108 different breweries with over 80 different styles from 13 different countries - many of these have not been seen in the retail market but only enjoyed by The International Beer Collector members; how cool is that! 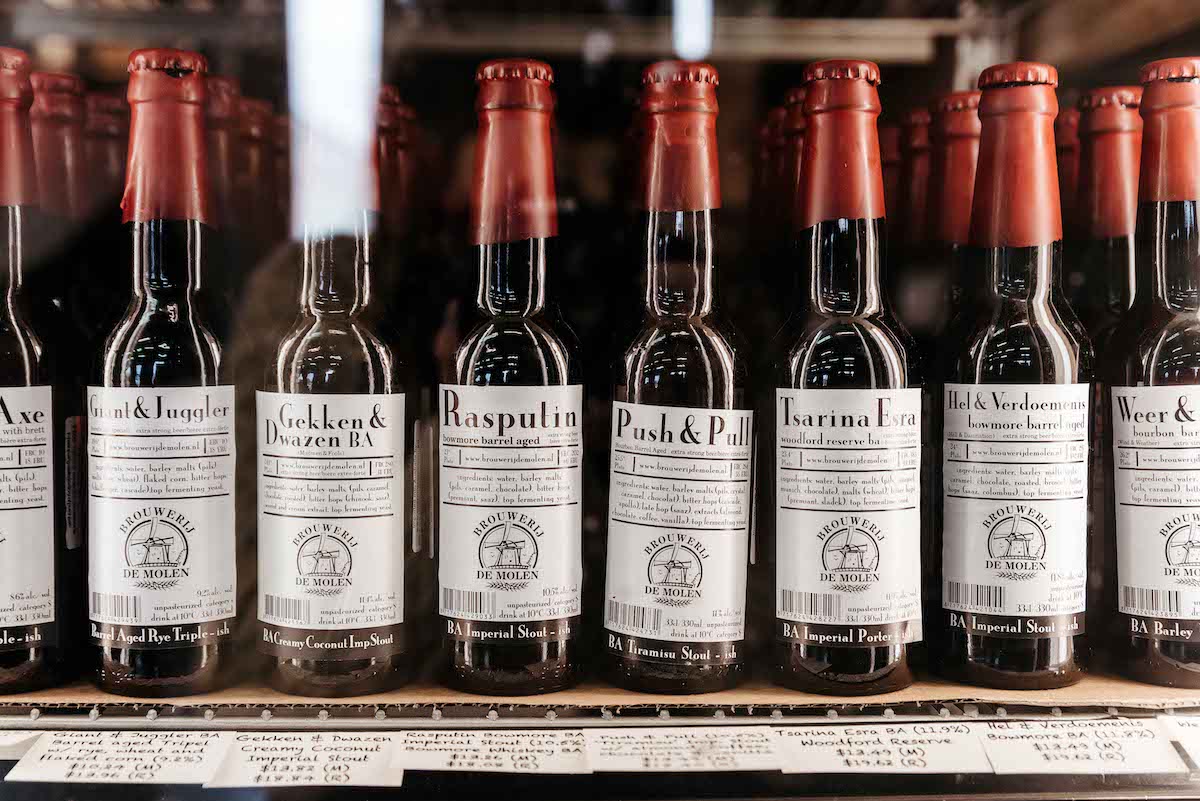 Each six-pack will feature different styles and different brewers, and no beer is ever repeated, so you’ll get to experience a new journey each month. Jason also develops tasting notes for each beer to help you choose the perfect time to open each one and to develop your knowledge about the finer qualities of the craft. 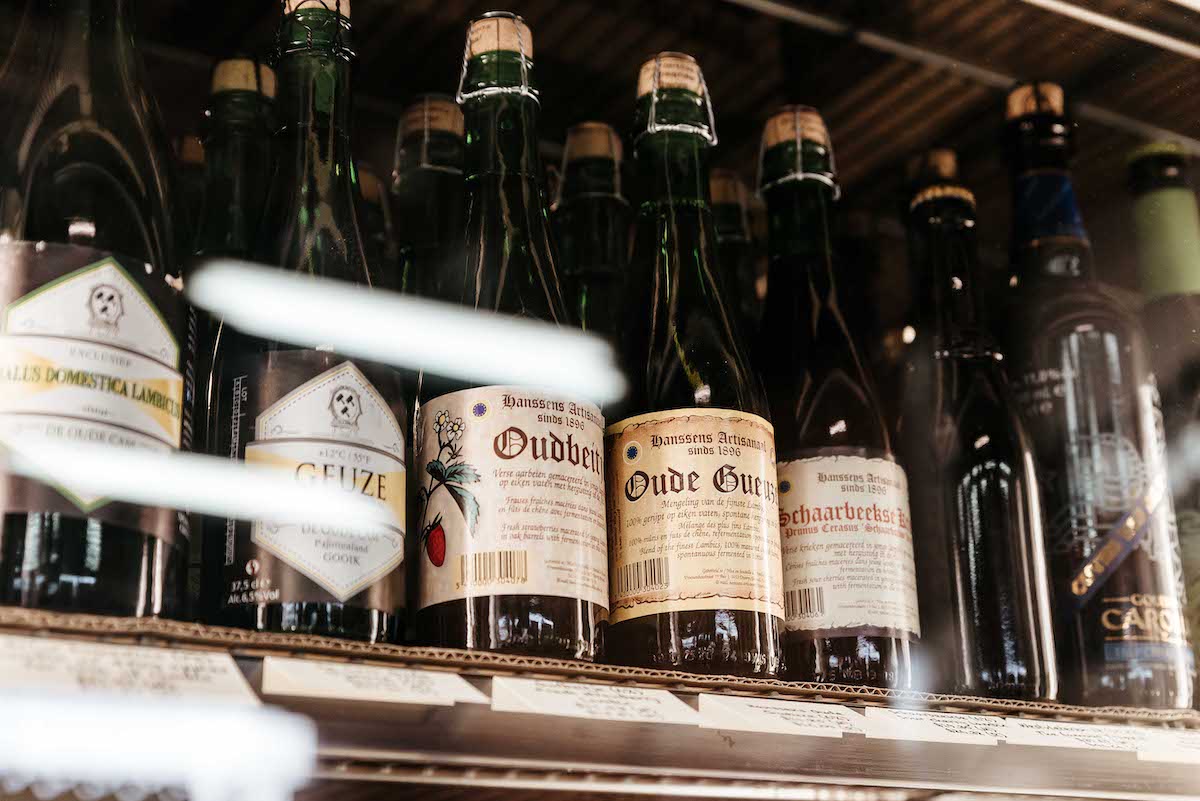 The best part? There’s no lock-in! Have we got you convinced? For more info click here, or sign-up for your monthly six-pack here. Use the code HUNTERhunter at checkout and you'll score yourself a FREE beer glass per 6-pack if you sign-up before the 15th July! Locals can also enjoy FREE delivery until the end of July - click here for more info.