As history tells it the Blind Monk is derived from Dom Pierre Perignon, the famed Benedictine Monk who would taste and select grapes blindfolded so as he wasn't influenced or swayed by the region in which they were sourced from. Again you ask 'what does this have to do with a craft and cider house in Newcastle?' The connection being the Monk's obsession with selecting the highest quality and most flavoursome grapes and not being influenced by the name or where it came from.

When we chatted with partner owner, Phil Elsely, he pointed out that the focus for The Blind Monk, as it was with the Monk himself, is that it's all about good-tasting beers and ciders together with equally good fresh tasty food. A big emphasis has been placed on sourcing beers and ciders from a smaller volume, local breweries to ensure fresh flavours and a regular turn over.

With 12 taps available there's guaranteed to be a craft beer or cider to suit your palate, like Mudgee's big flavoured Smokey Red to the Grainfed Brewing Companies easy drinking Sneaky One. For those who can't go all the way with a craft beer, the guys have slipped in a Coopers Pale Ale to break the ice. 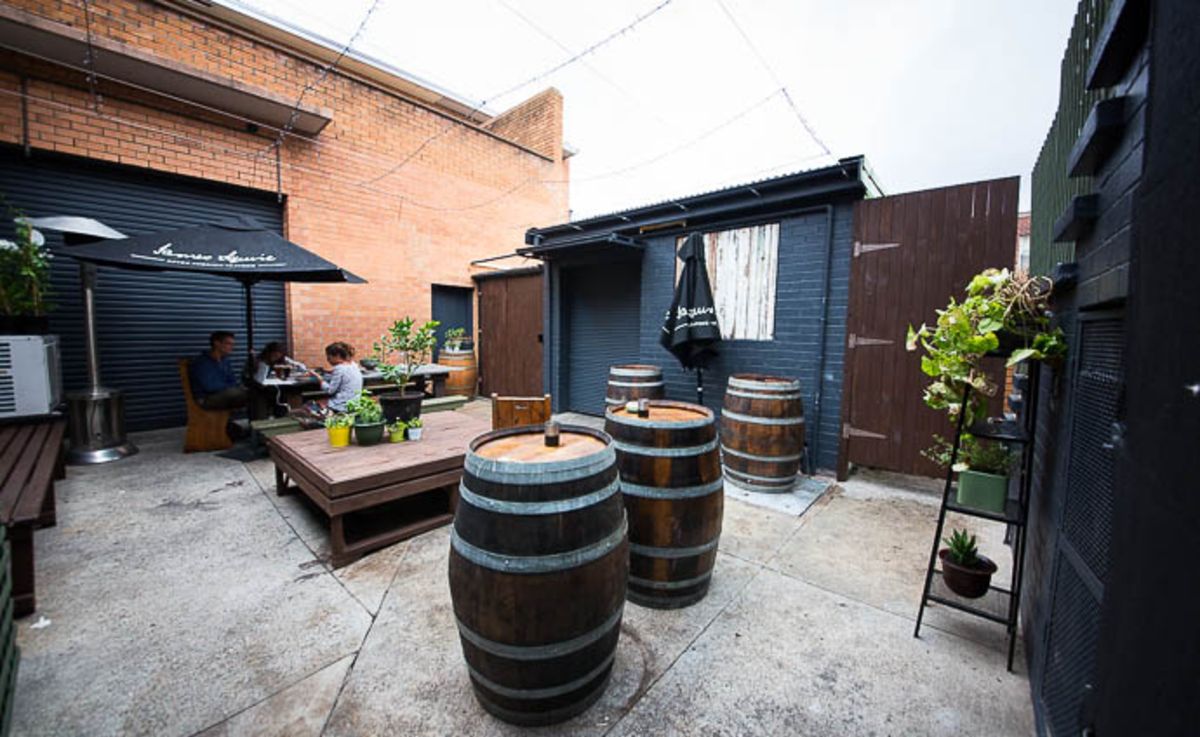 As with the beers the wine list takes the same approach with the Inner City Winemakers being the grape of choice. Located just up the road in Wickham, this inner city cellar door has begun producing their own wines onsite. Producing only small volumes it delivers a refreshing and unique flavour.

The Blind Monk caters to all crowds, whether it's you and your mates sitting on the bar stools out the front, in the restaurant with the family or out the back in the beer garden with your girlfriends. With its chilled out feel and taps rotating frequently it's going to become necessary for you crafty beer types to make it one of your regular stops.

The venue that keeps the whole family happy