The newcomer to Beaumont Street in Hamilton is bringing late-night vibes with it's soon to be; 24-hour diner.

Ever just craving a good feed late into the night or in the early morning hours? Well, you might not have to deal with the golden arches as your only choice, as Beaumont Street has just welcomed a new space serving breakfast, lunch, dinner, AND late night eats! 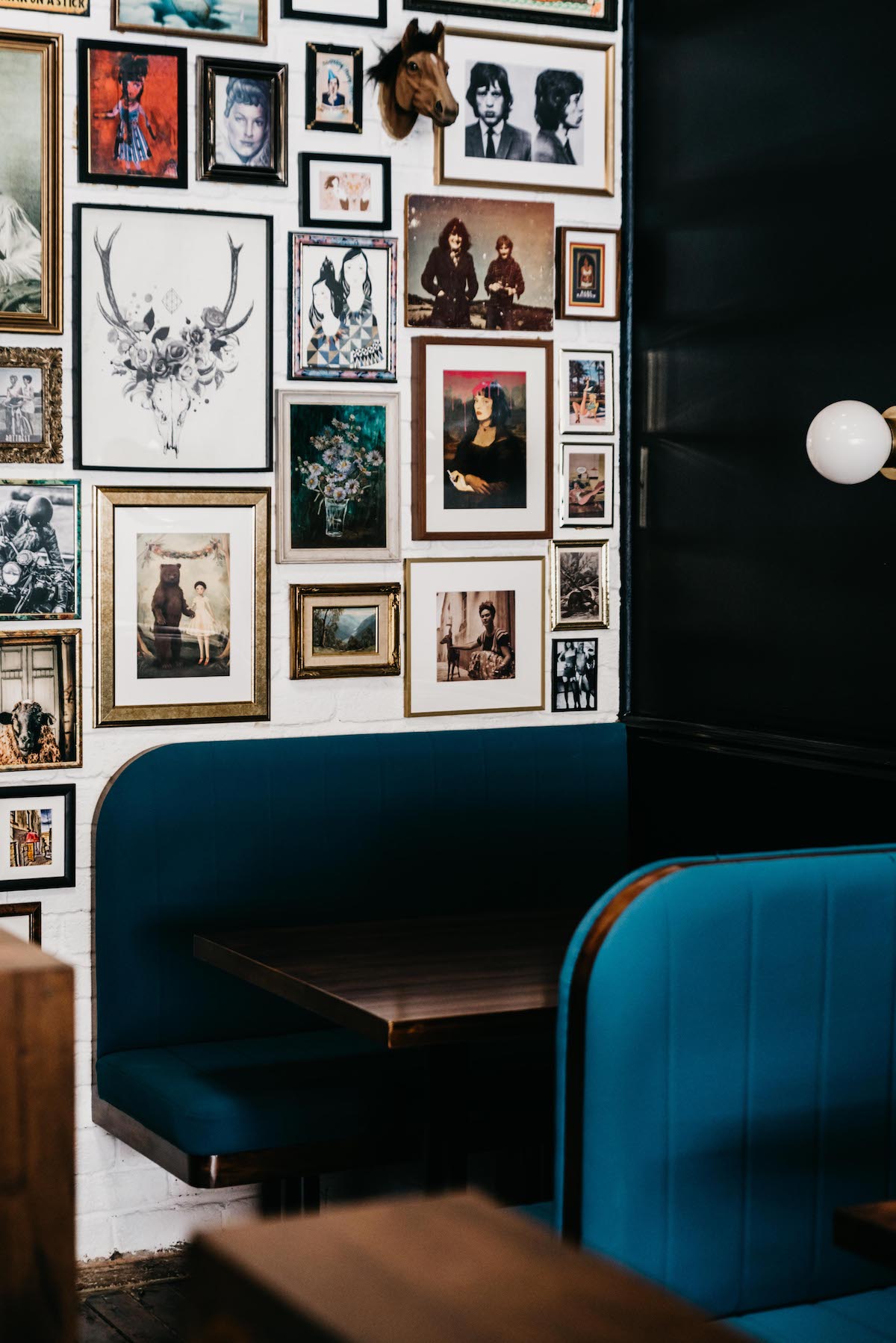 Officially opening their doors in early November 2019, bringing Son of a Gun to life has been long awaited so we’re so excited to be able to finally share it with you! But, they’re not quite done yet, keep your eyes peeled as they’re working towards making the space a 24-hour diner. Yep, food and coffee 24 hours a day! 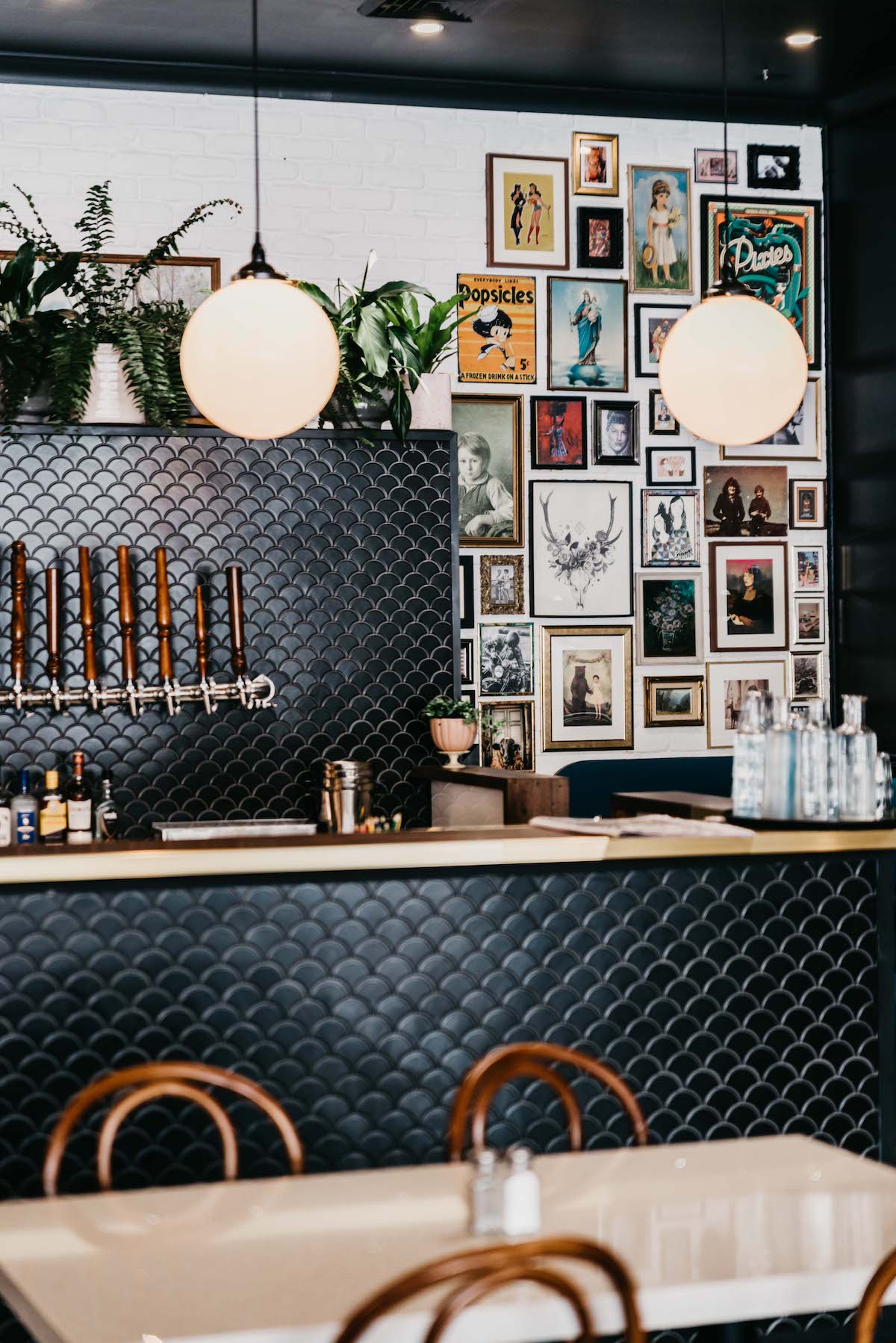 The family-owned space was the creation of a local couple whose experience in the hospitality sector incomparable. Owning their first late-night restaurant in Canada over ten years ago, as well as a number of establishments across town, you can have faith knowing that these guys know what they’re doing! 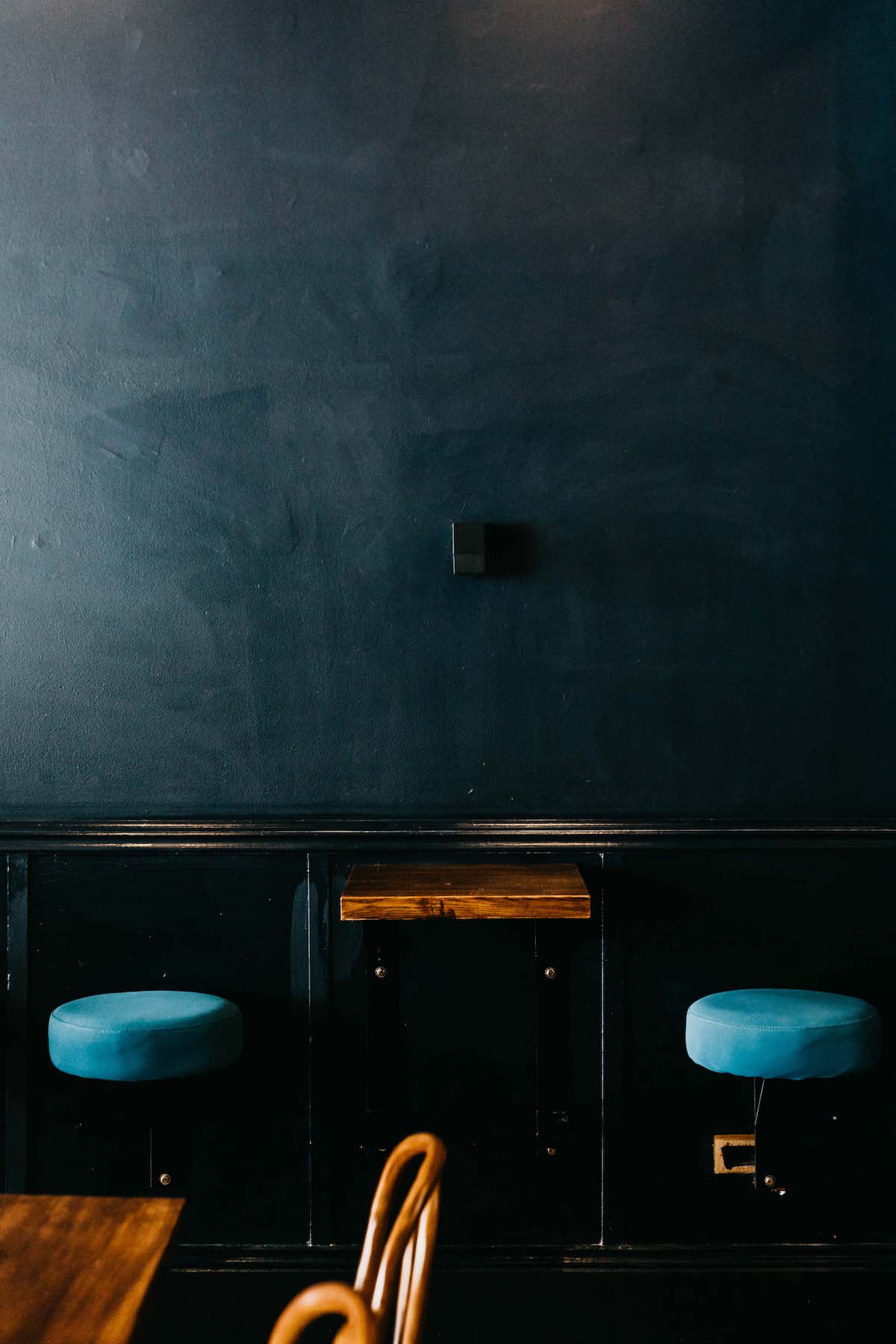 So, how did this space come about?

“It was never on the cards to do a 24-hour diner again. When we signed the lease here, the initial idea was for it just to be a very low-key café out the front. Then one night, I was listening to a podcast, This American Life, and the episode was on a 24-hour diner in Chicago. The story was that they opened one day, lost the keys and so it just became a 24-hour diner. 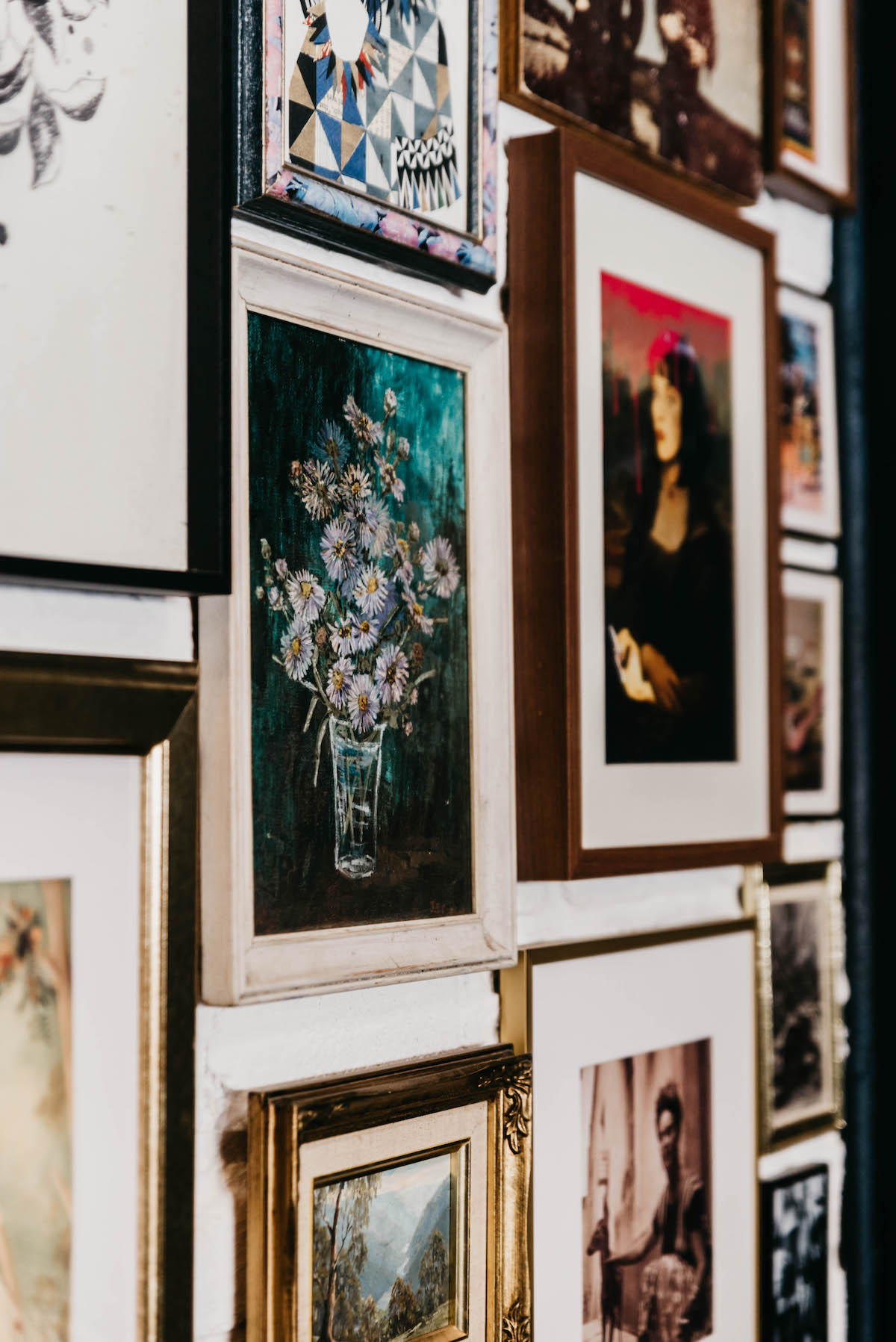 “The podcast really gave it such good vibes and that’s what I wanted. Somewhere people can just hang out; someplace that is always there.”

Getting the keys in April 2019, it’s been nothing but renos day-in and day-out up until their opening date in November. 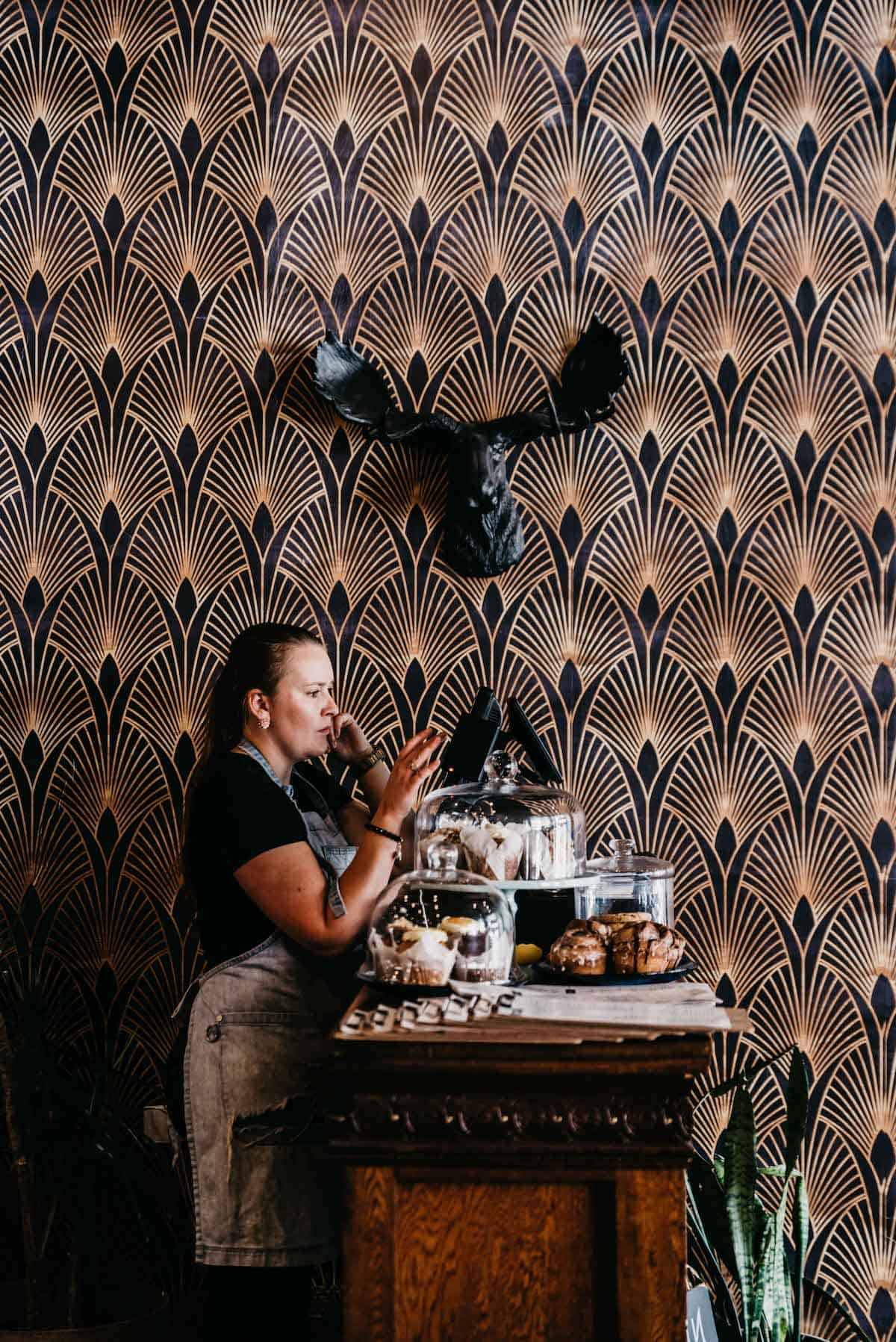 “We basically DIY’d all of the renos. Our budget was really limited so we had to think about how we could do this and not spend a lot of money. When we got in here, we realised the place has probably been renovated ten or more times, but it’s never really been done properly. 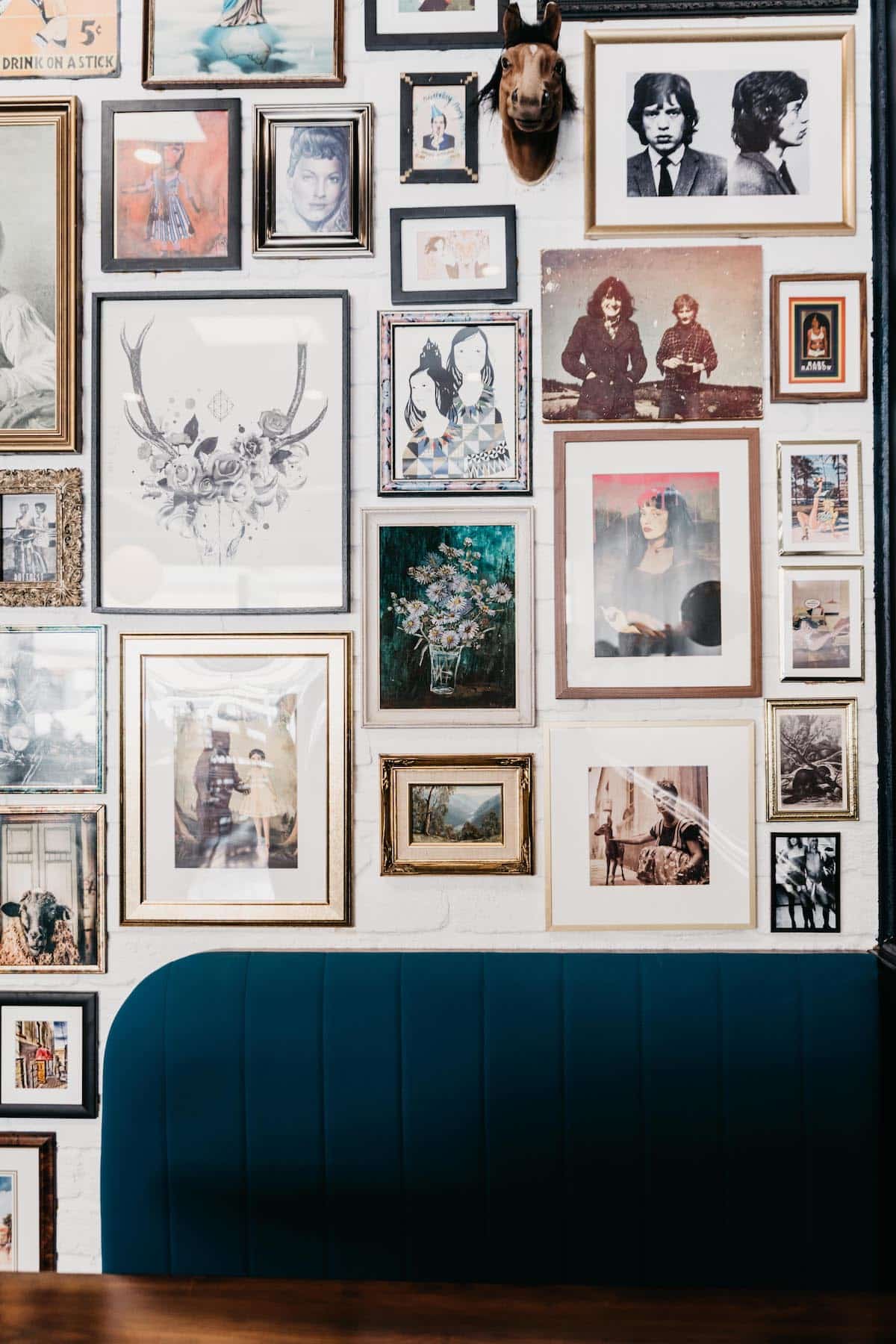 “We found that people had come in and had just built on top of what was already there; so, there was a lot of demo. Basically, we renovated every night for six months.” 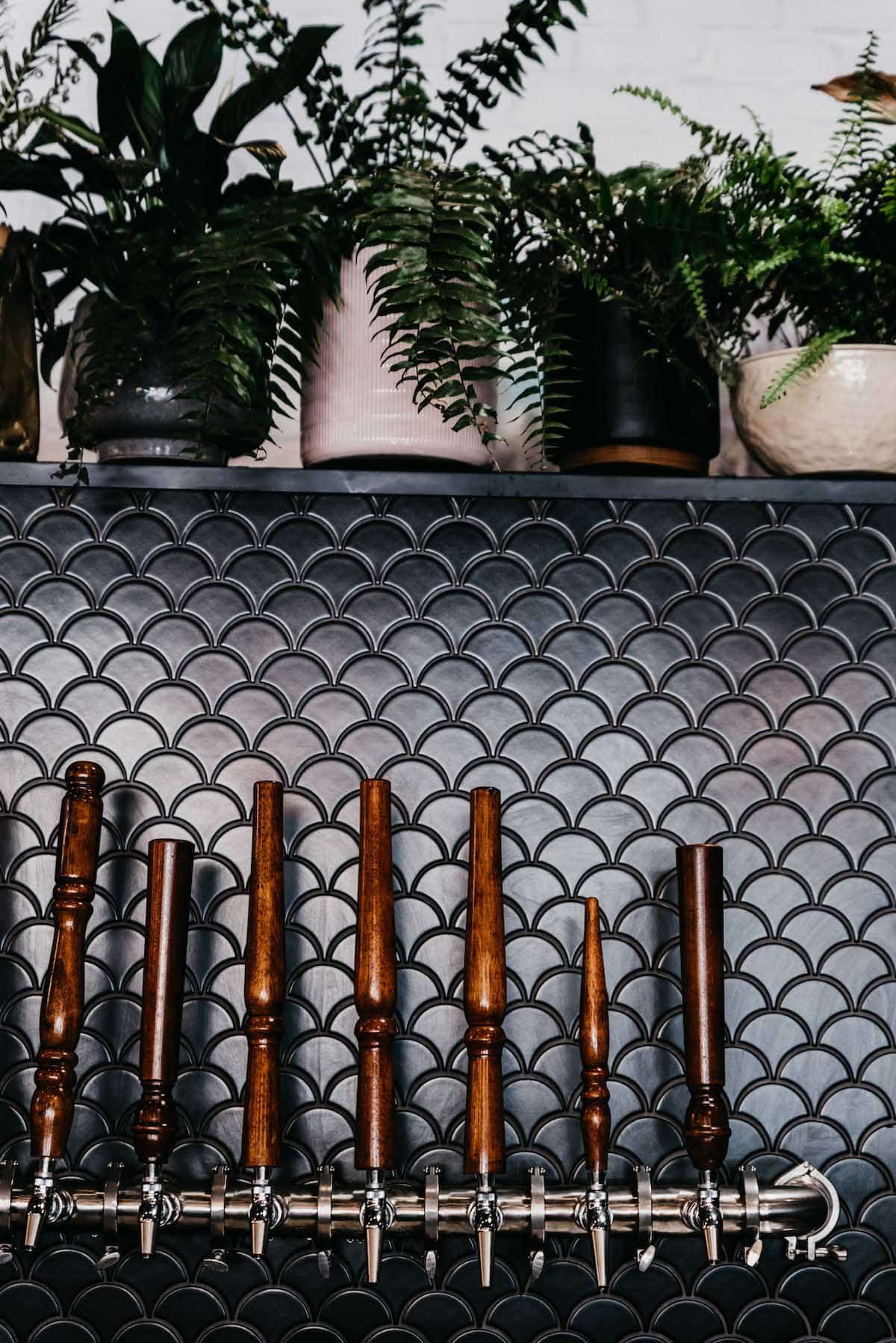 Inside, you can expect very grungy 1920’s fit-out. With the Gatsby-like wallpaper, a picture-frame wall, low-hanging moody pendants, dark fish-tail tiles, deep blue leather bar stools, and beer taps made from old chair legs; the space is so inviting you’ll be hard-pressed to say no to visiting. 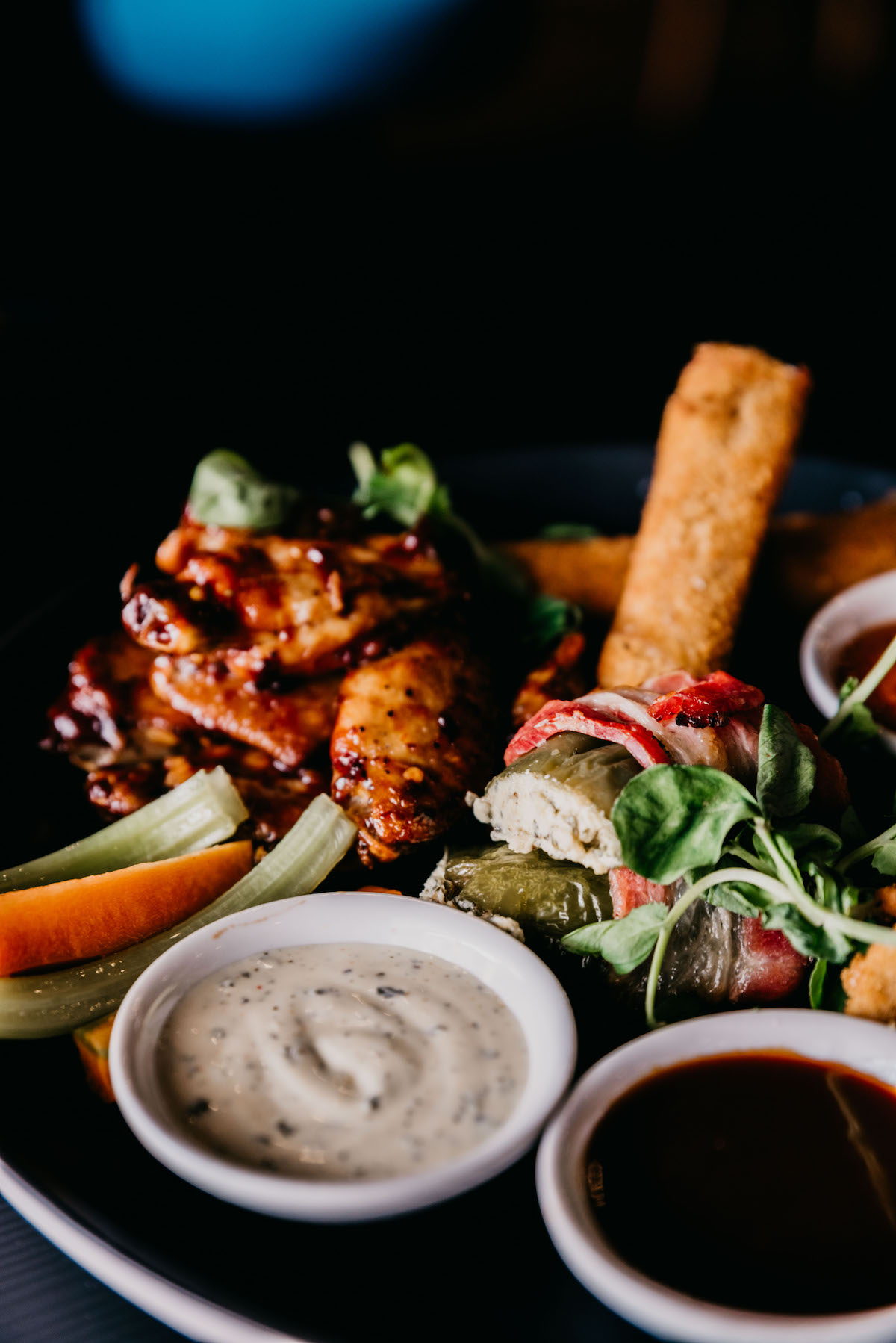 Now to what you all want to hear about; the food! With one hell of a dedicated kitchen and an ethos to make everything, and I mean everything in-house, the daily rotating menus are full of mouth-watering goodness. 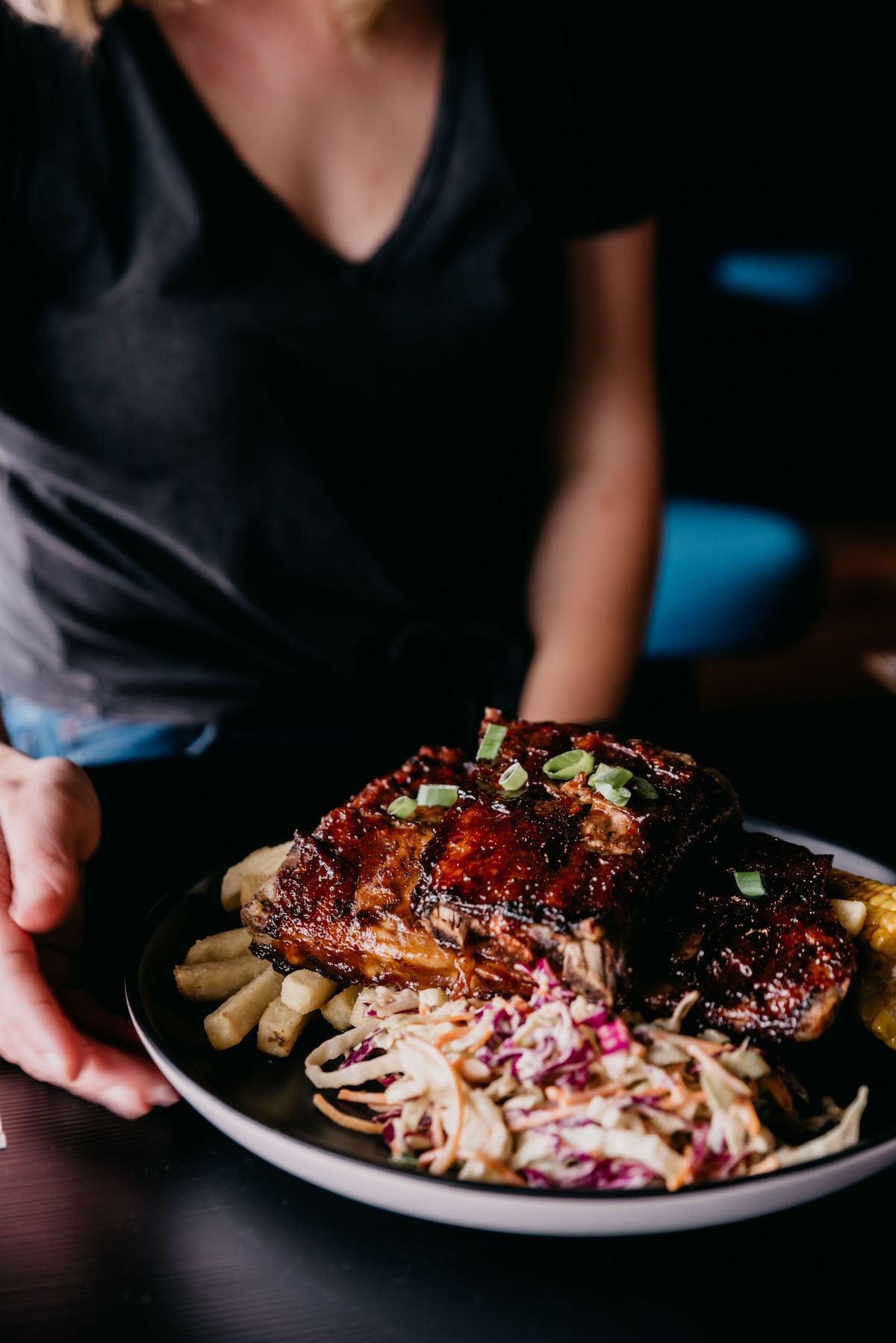 “There’s definitely a heavy American influence. The menu has been led by our amazing head chef, and the best part is that the kitchen never closes… the kitchen will changeover, but there is no point during the day where you can’t order something.” 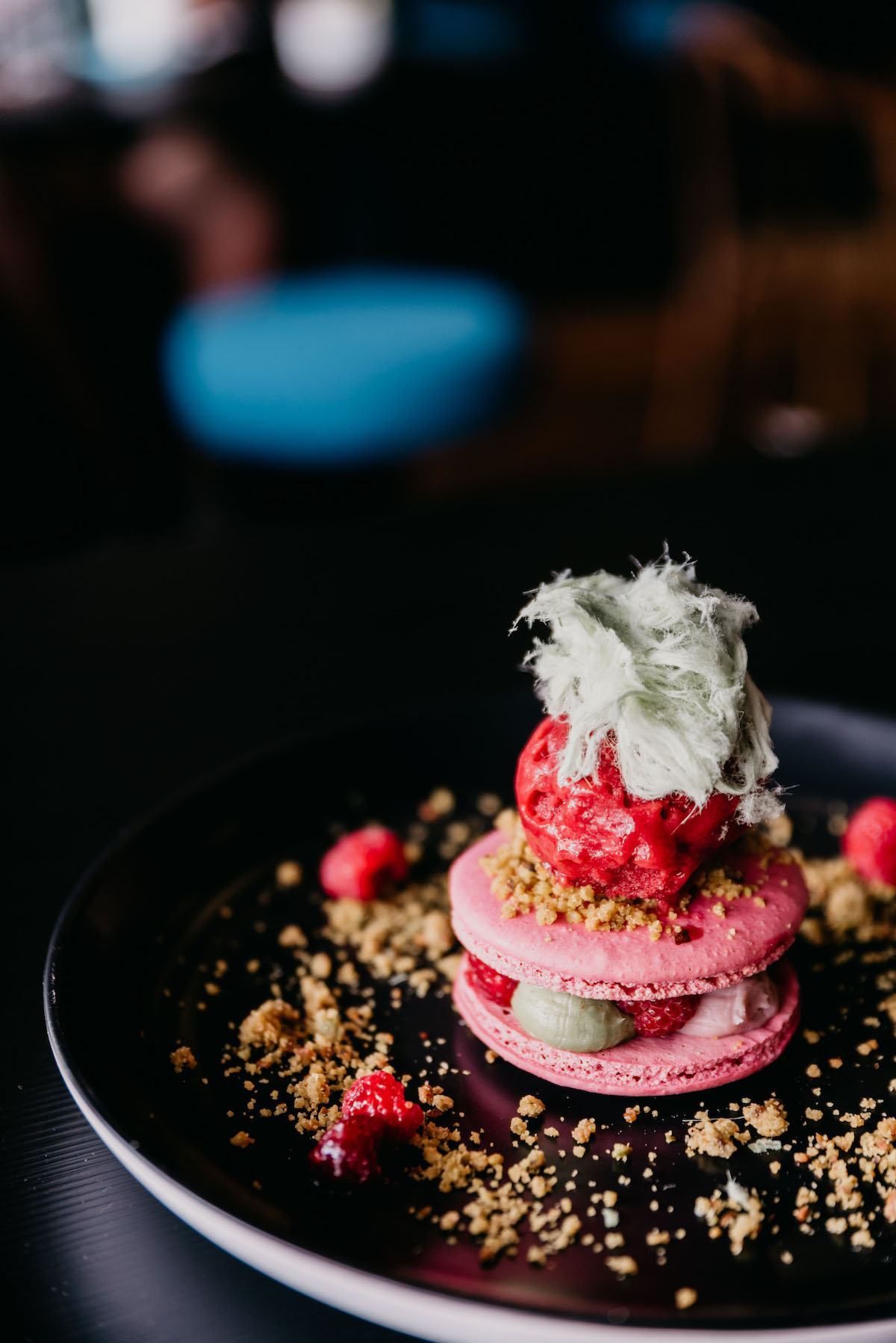 To start off, we ordered the Mozzarella Sticks, Jalapeno Poppers, Onion Rings and Chicken Wings (yes, for two girls this was A LOT of food just to start).

For mains we sampled the Sticky Pork Ribs; with spiced Captain Morgan bbq, SOAG slaw, cajun corn, and sriracha aioli. Messy but so god damn filling. And from the dessert menu, we tried the loaded macaron. 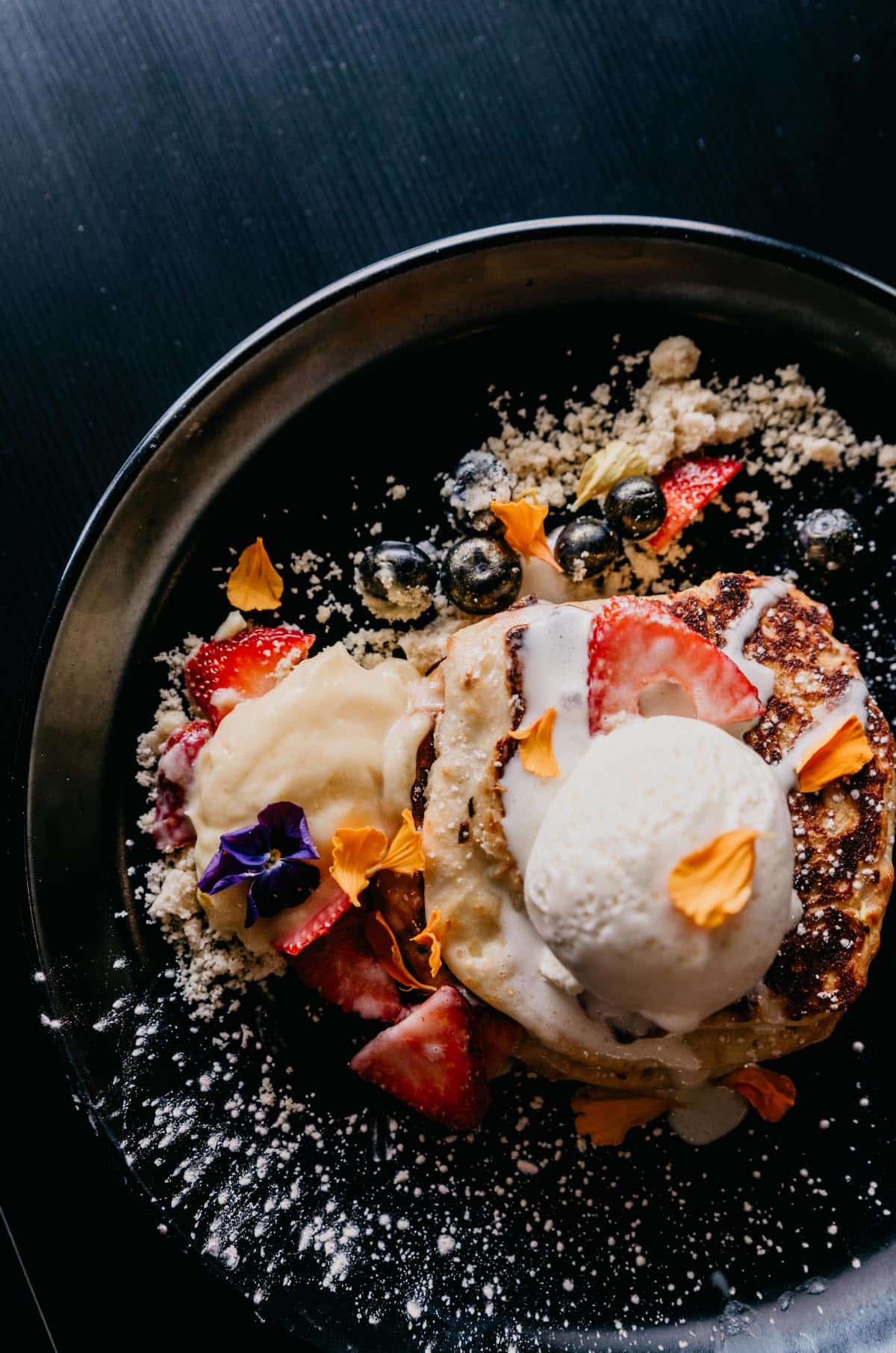 We would highly recommend ordering one of their house-made sodas. Made from scratch, they’re not as sweet as your usual sodas but still pack a punch when it comes to flavour. 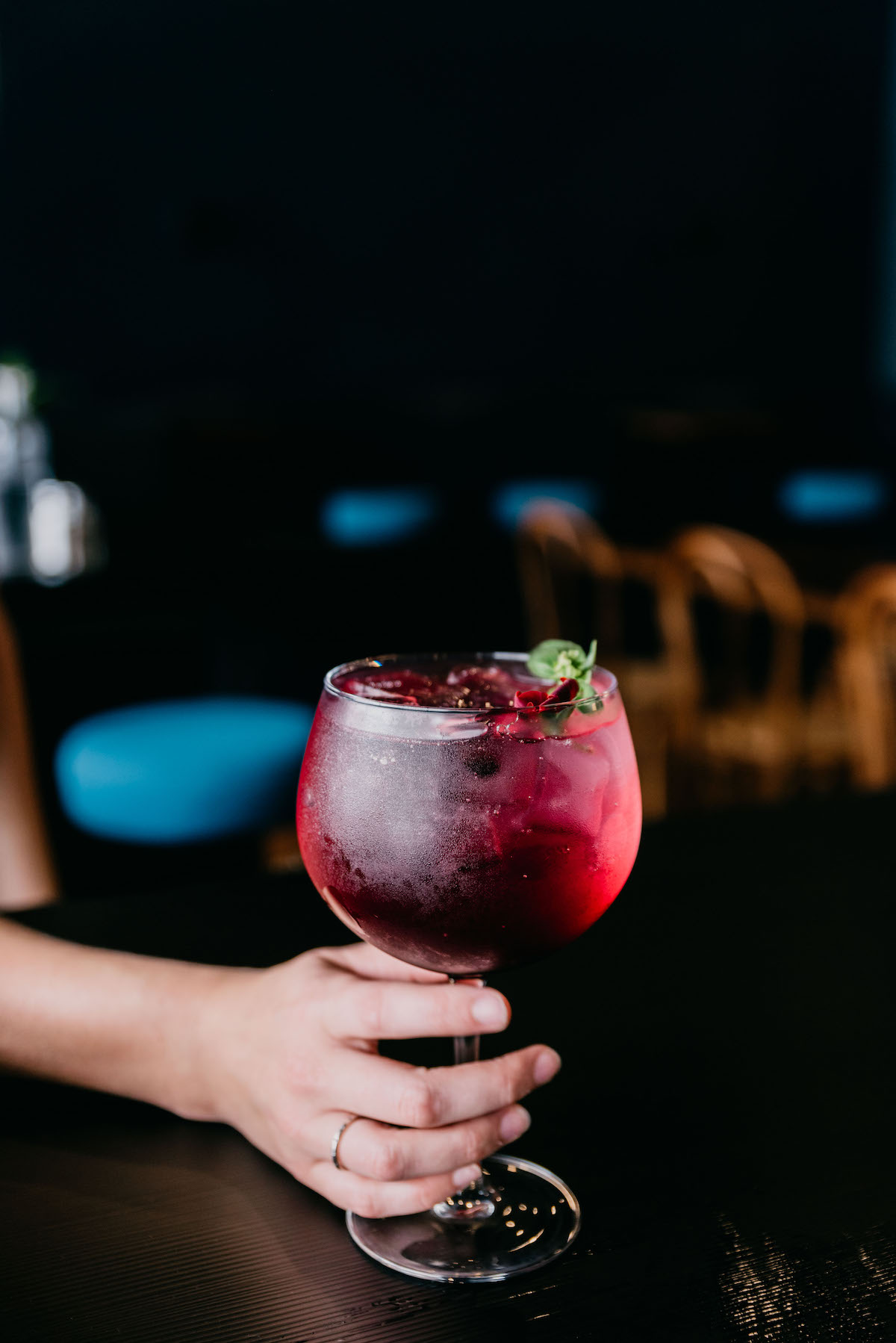 “We incorporate herbs and fruits so it doesn’t have that overly sweet flavour. The idea behind the house-made sodas is that we are eventually going to do an extensive gin and vodka menu, so then you pick your gin or vodka, and match it with your sodas.”

Whilst we only taste-tested the lunch/dinner and dessert menu, we did have a chance to eye off the breakfast menu as well as their baked goodies. With offerings from sun-up, to sun-down; there’s literally something at Son of a Gun for everyone at all times of the day. 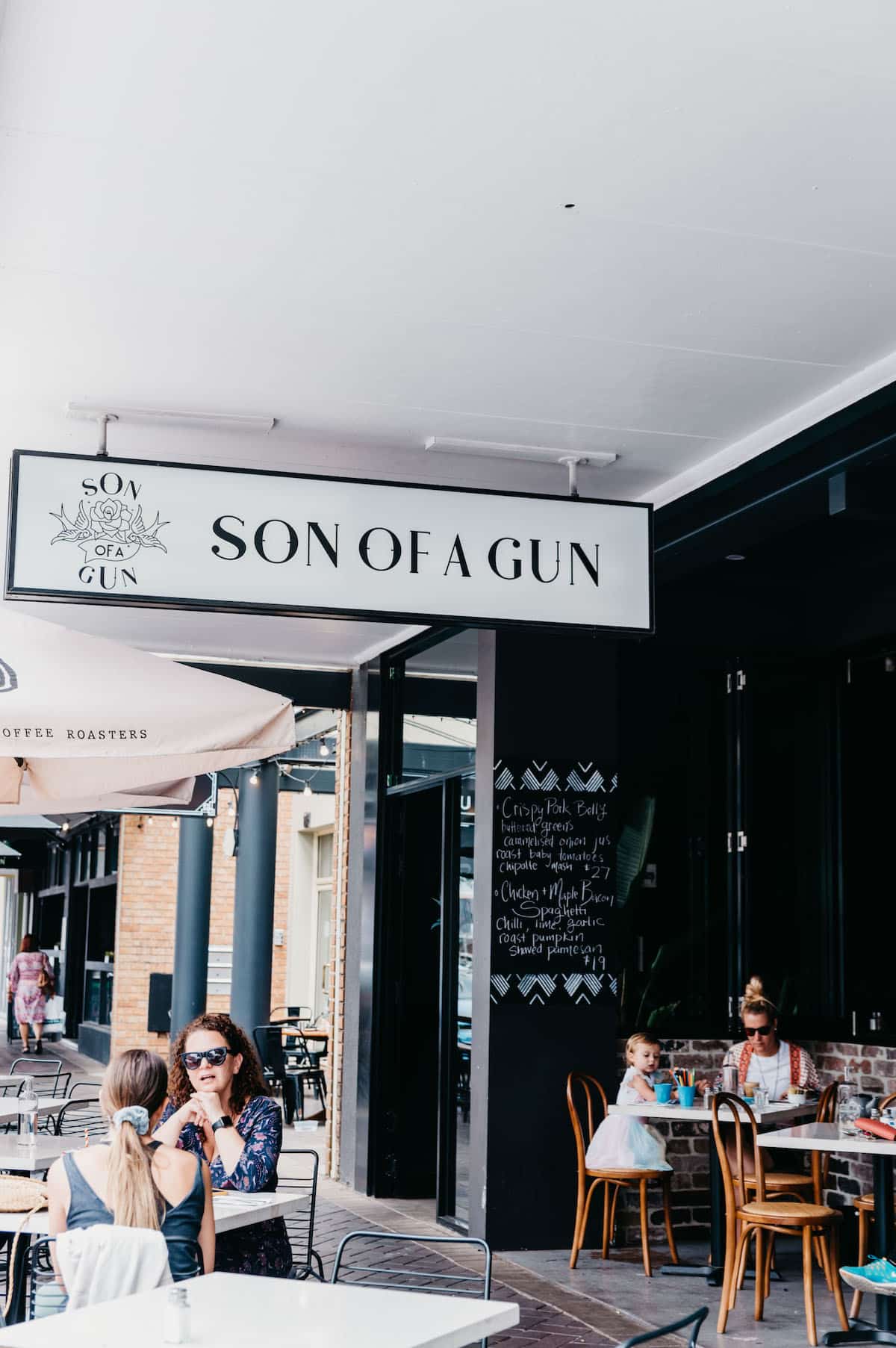 Also, for all the police, paramedics, firies, and healthcare workers out there, you can get your hands on FREE muffins.