What’s not to love about gnocchi? Some could even argue it’s the alpha of pasta dishes, with its soft texture and limitless flavour opportunities gnocchi is just so god damn delicious. 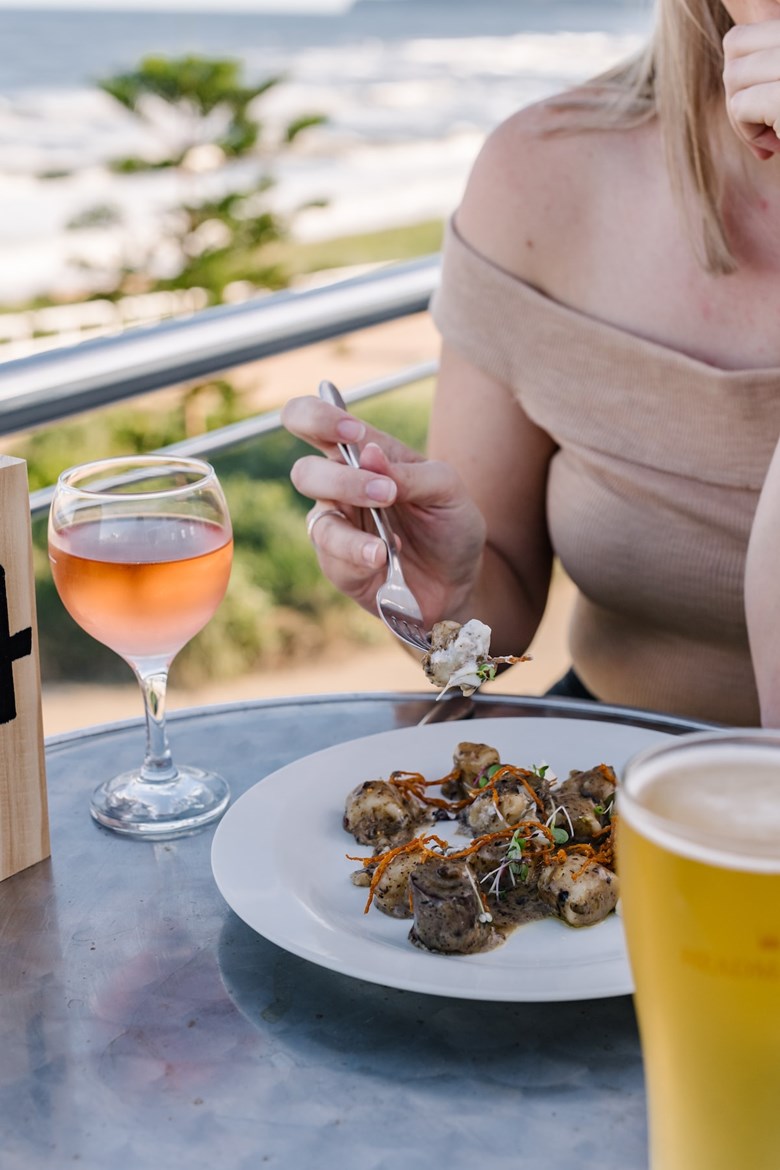 If you, like us, are rather big fans of the potato pasta, you might want to listen in because there’s a business in Newcastle that is all about gnocchi; world, meet Knockin’ Gnocchi.

Brought to us by local couple Ash and Laura, Knockin’ Gnocchi was launched just over 12-months ago during the height of the COVID-19 pandemic. Ash, a Chef by trade, and Laura, who knows how to run the front of house like the back of her hand, the pair have jumped all in with their expansive hospitality experience and the locals have been loving every single second of it.

“I really love Italian food and we wanted to find that niche that not a lot of people were cooking at home. Newcastle has a pretty big Italian offering, and the people of Newcastle do seem to really love their Italian carbs and we just wanted to slot in there and I love making gnocchi, so it was a bit of a no-brainer,” Ash said.

What started as a home-delivery service, Knockin’ Gnocchi was making itself known delivering delicious gnocchi dishes across the homes of Newcastle. From there, Ash who was working over at Beaumont St’s go-to café, Mockingbird, was given the opportunity for a pop-up in the restaurant one evening and it has just taken off from there. 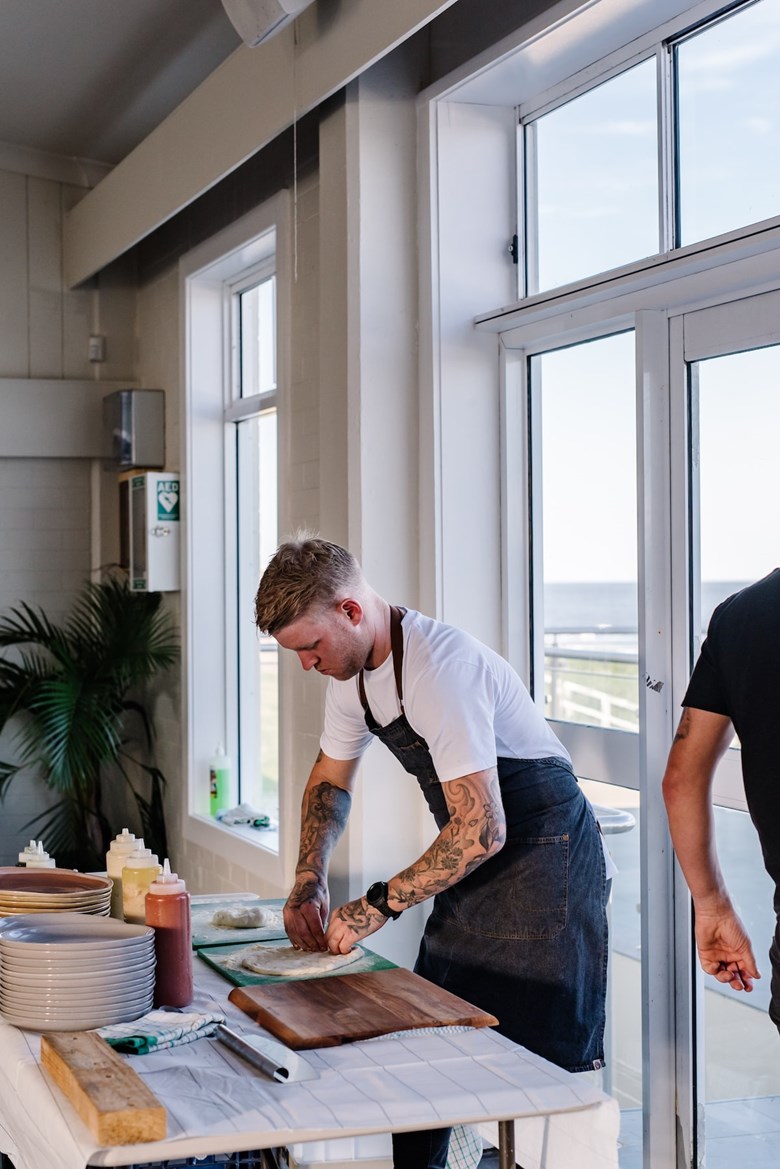 “Jamie from Mockingbird and Fennel and Co. has given us a lot of support and guidance. We started this as a bit of a side hustle, but now I finish one job and come straight to this one.”

Soon after, the duo were contacted by the crew over at Dixon Park SLSC to come and host a pop-up, and the rest is pretty much history! Now, only three months after their first pop-up at the local surf club, Knockin’ Gnocchi has just had their fifth pop-up with plans to continue coming back every 1-2 months. 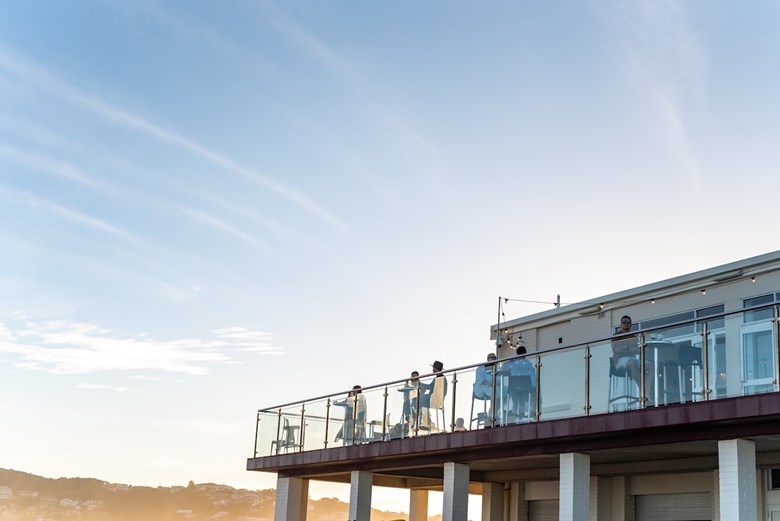 To see what all the fuss was about, we, of course, had to head to the latest pop-up which happened over at Dixon Park SLSC in late March. On what can only be described as the ideal Autumn afternoon, we pulled up a bar stool out on the expansive deck overlooking the always stunning Dixon Beach.

With live music in the background courtesy of local musician Lily Humphreys and the scent of fresh pizza and pasta making its way around the space, it truly was the perfect Friday afternoon knock-off. 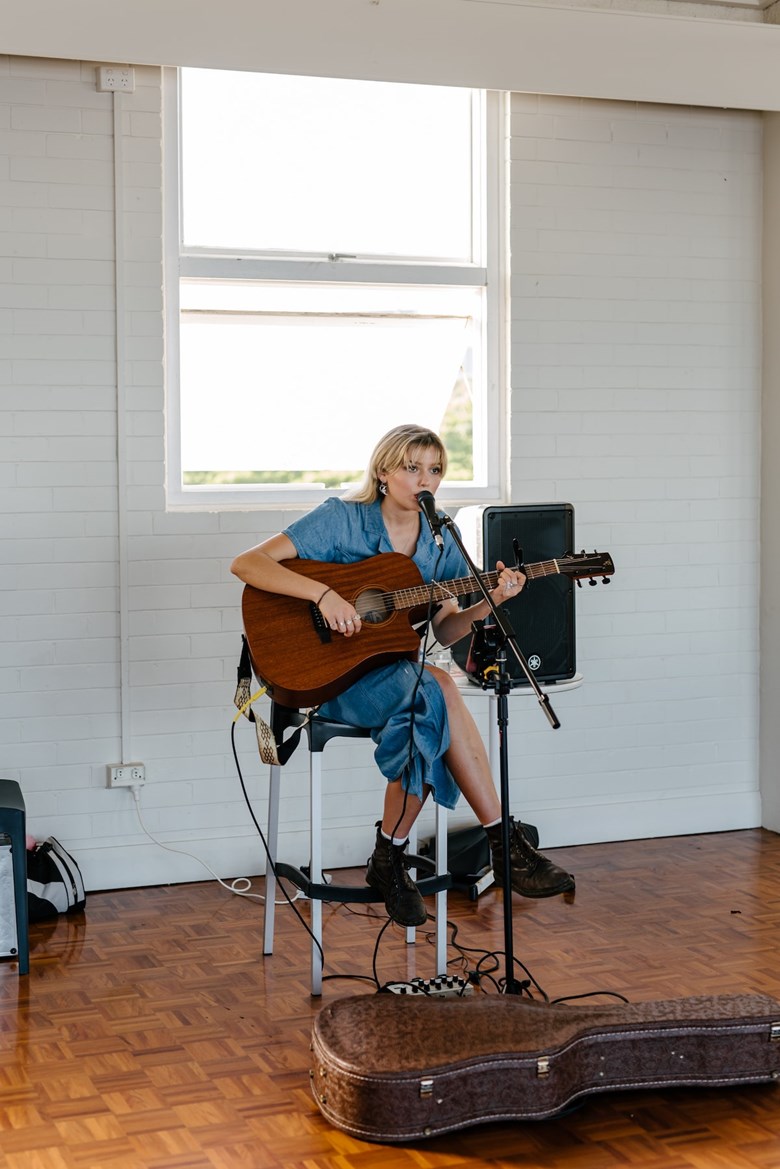 Keeping the menu fresh, with each pop-up you can expect to see new toppings for both pizza and pasta, as well as changing starter options. We were lucky enough to sample the Mixed Forest Mushroom Gnocchi with goat's cheese and mushroom crackle, and the Quattro Formaggio Pizza with truffle and honey – YUM. 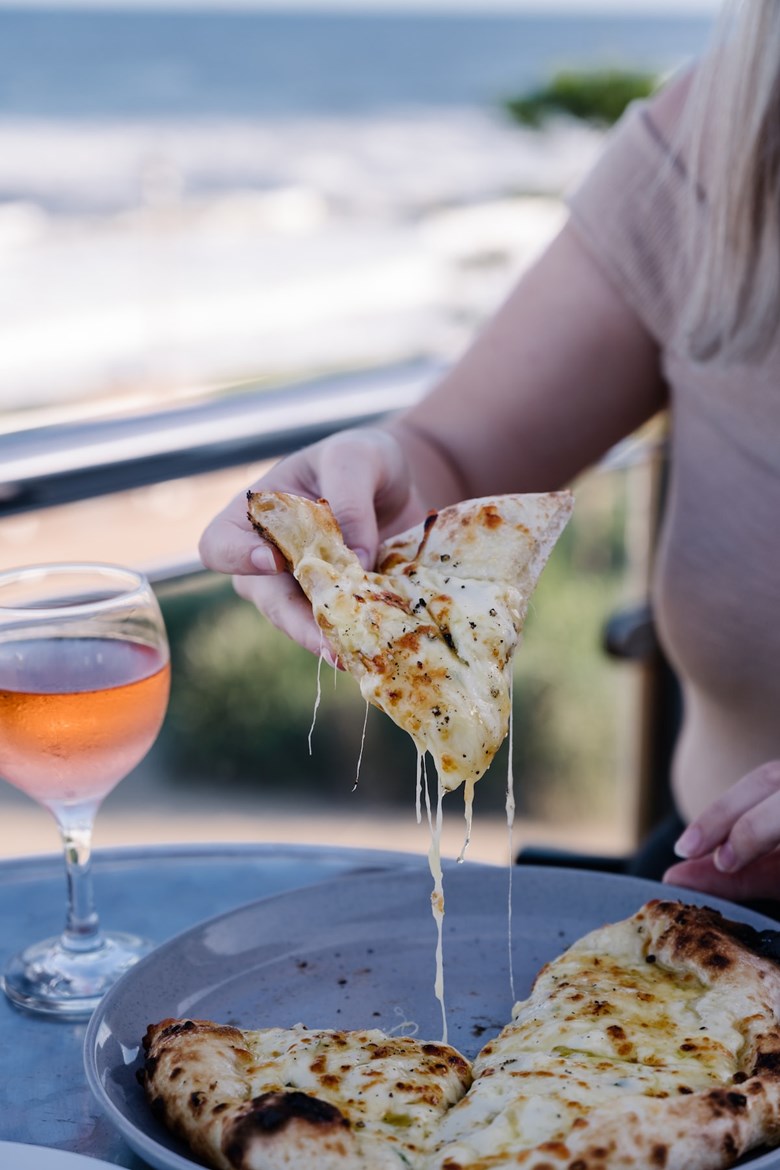 “We make the toppings based on what’s in-season. Last week I went down to Jesmond Fruit Barn and he had all of these lovely sauce tomatoes that were so juicy and ripe. I’ve just been going around to Harris Farm, Jesmond Fruit Barn, Rarity Wholesale to find the best products. We love supporting other locals so if we can get our produce from them, it’s great! 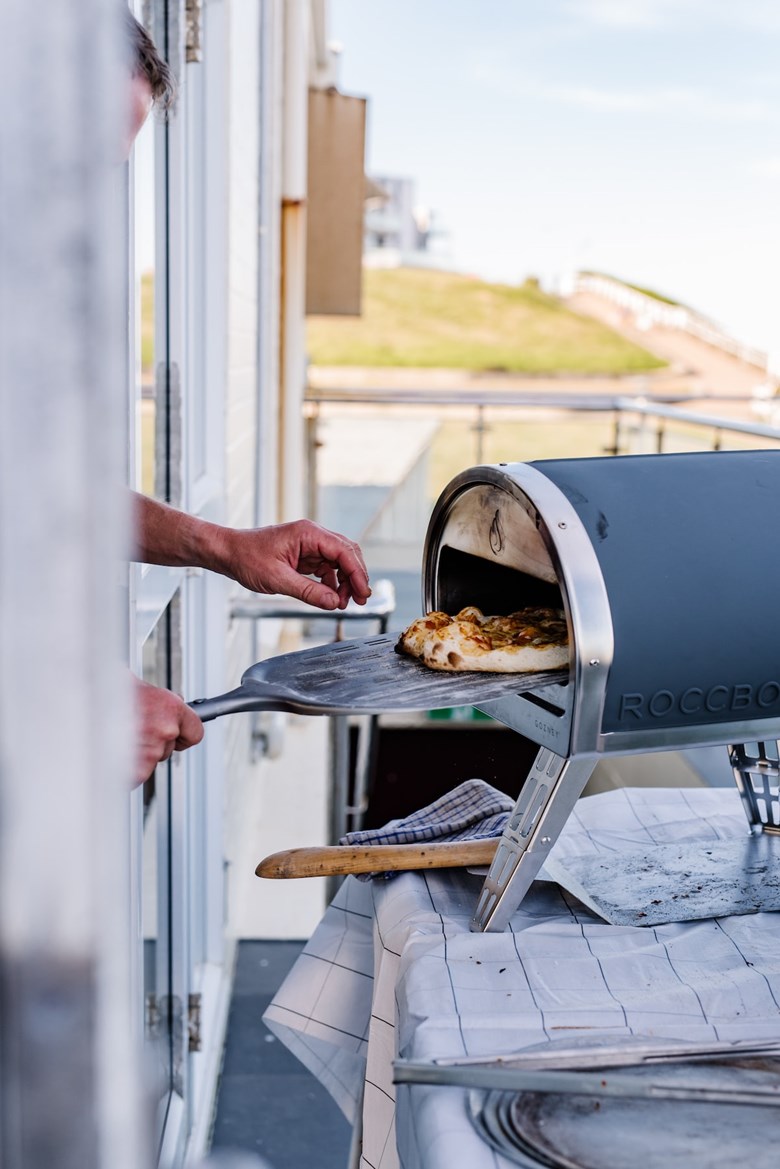 “We alternate the gnocchi flavours each pop-up and tonight is the first night that we’ve done the pizzas. People might keep coming back for the Gnocchi, but you’ve got to keep finding new ways to get people to come in.”

The pizzas are something worth talking about all on their own, as the bases are created by local pizza base genius by the name of Declan. You might recognise the tastiness of the bases if you’ve ever treated yourself to a pizza at The Ori in Cooks Hill or Seven Seas in Carrington. 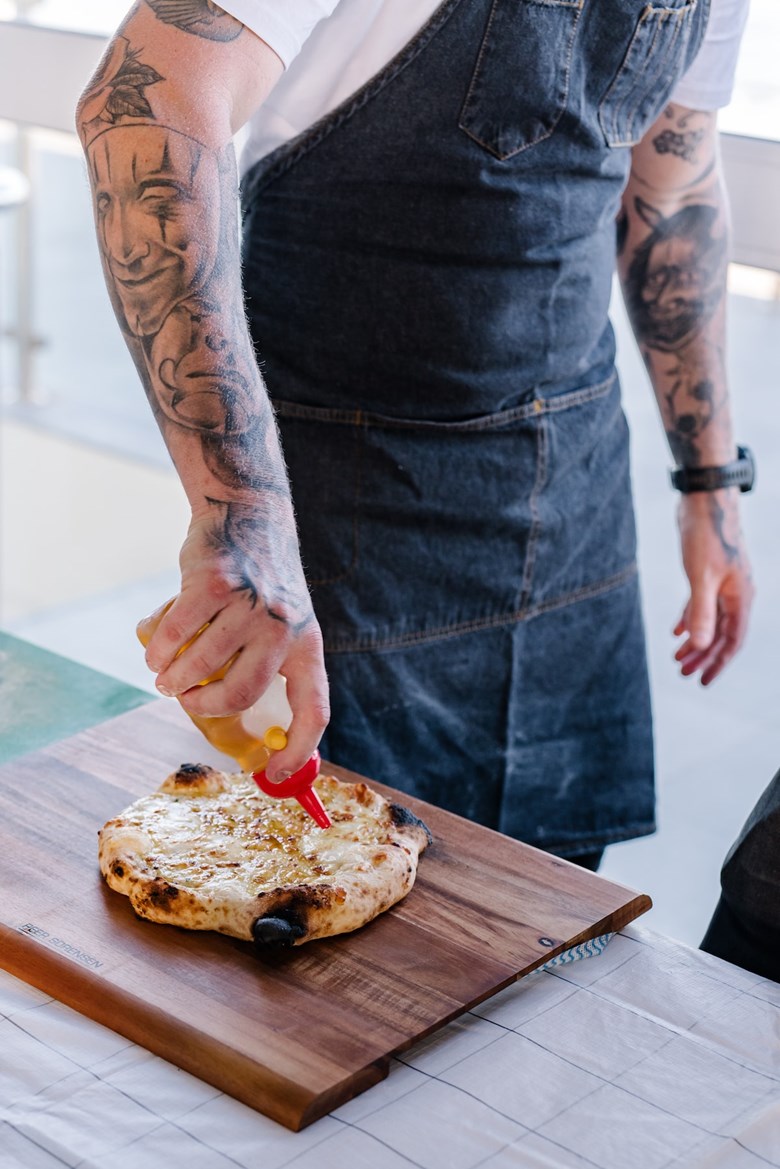 “I just didn’t have the time to make the pizza dough, so I got in touch with Declan, and he does these amazing 48-hour fermented doughs which he’s just got down to an art. He just knows what he’s doing.”

With the business only in its infancy, Knockin Gnocchi has opened up so many doors for the young couple with plans to explore more catering opportunities and make this ‘side hustle’ into a full-time gig in the future. 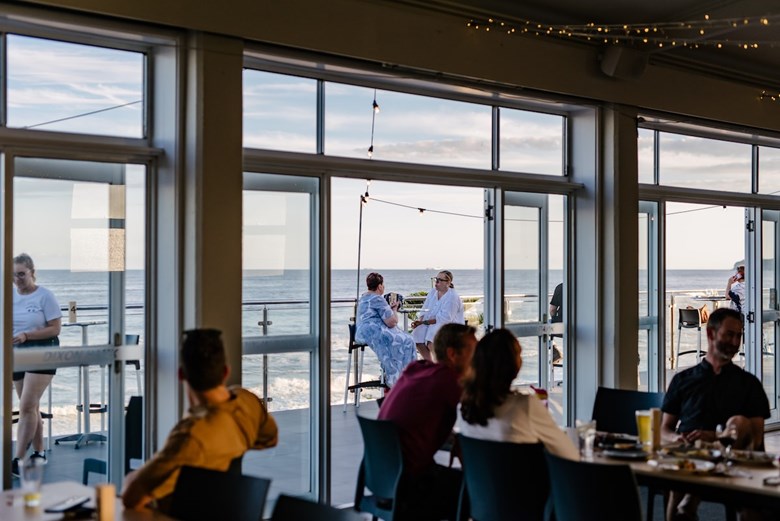 “It really has just opened up so many doors. This year was for us to build the business, and next year we’d love to take the leap for me to do it full-time.

“My dream is to either have a hole in the wall to continue doing this or doing more pop-ups at surf clubs and getting into that catering side of things.” 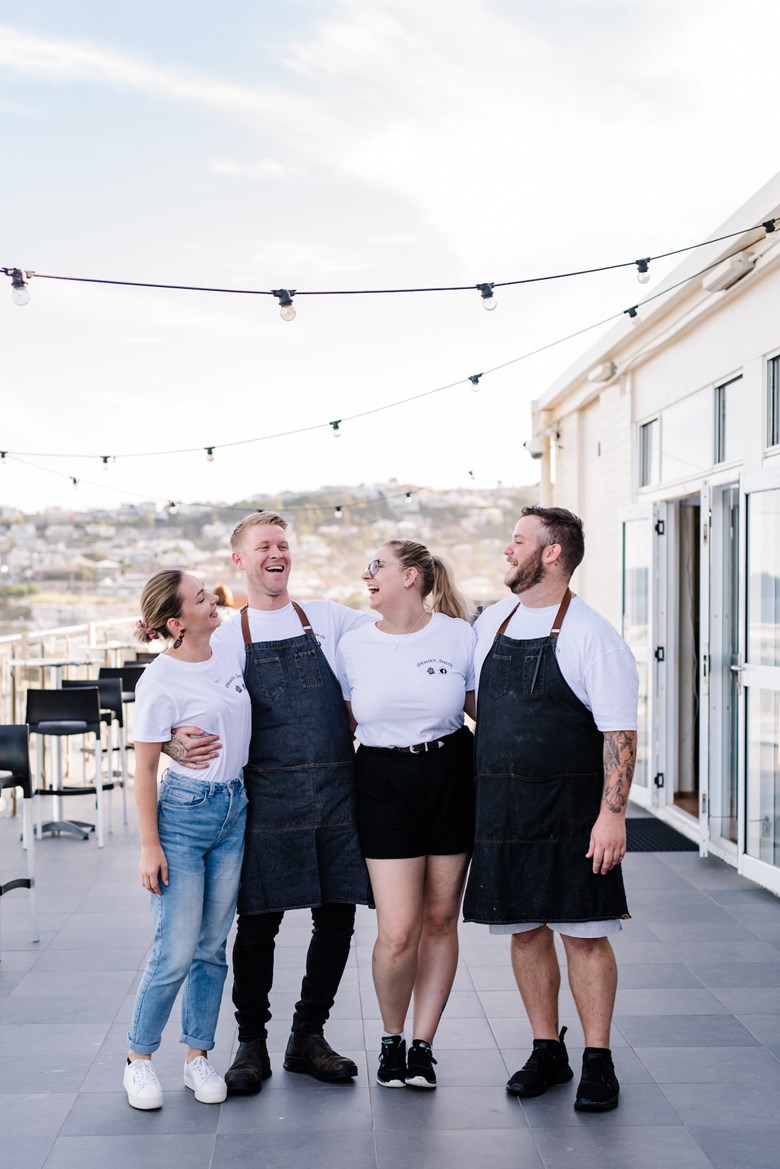 With the next pop-up not yet announced but no doubt no too far away, we suggest you keep a close eye on the Knockin’ Gnocchi socials (Facebook & Instagram) and get booked in quick! Whilst you wait, find out what all the fuss is about and get some Knockin’ Gnocchi delivered to your door Wed-Fri, to order, check out their current menu on socials, and slide on into their dm’s.

Brought to us by the team behind Napoli & Popolo Gelateria!

Here's a list of where to eat on a Monday night

Vegans of Newcastle can rejoice with the arrival of Meatless Farm!