Lake Macquarie has slowly but surely been creating its own little pockets of hospitality heaven from quaint coffee bars and waterfront drinking spots, to parkside café haunts; it’s got it all. 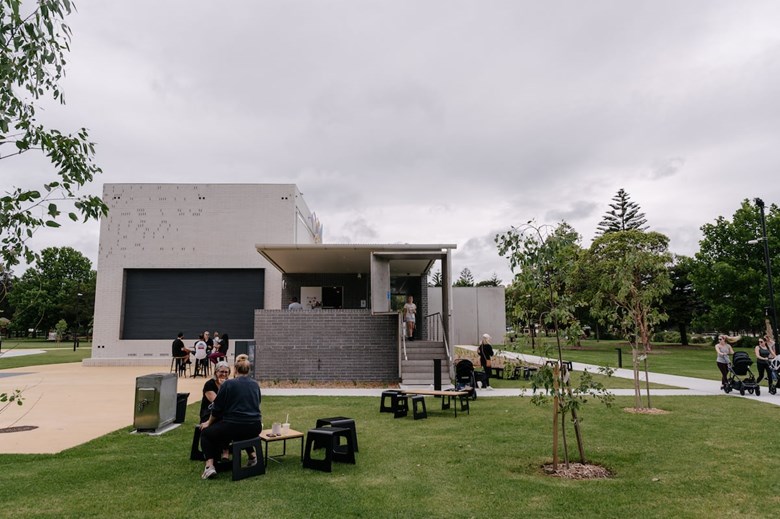 Brought to us by the ever-so-popular coffee spot in Newcastle’s East End, The Kiosk on Newcastle Beach, visitors to their new space in Speers Point Park can expect the same service and quality but with its own unique take on the café scene. 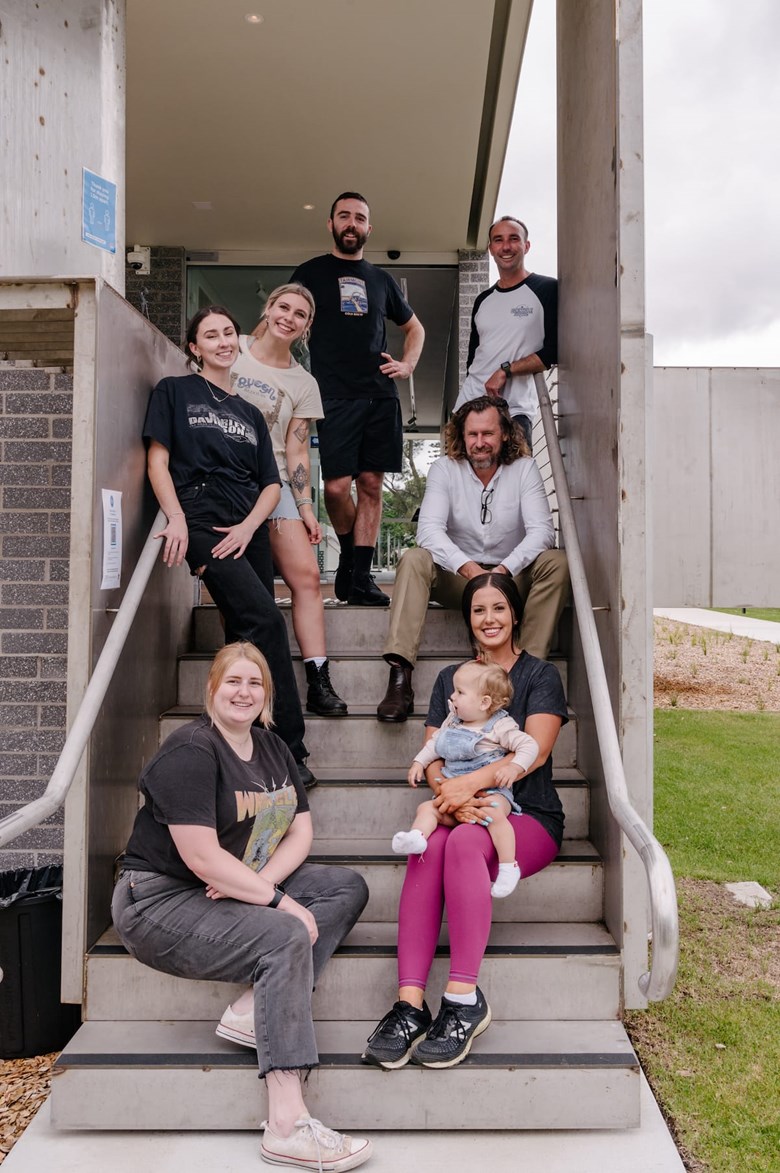 “We want people to come to Harry & Lola's knowing that they're going to get the same quality and service that they would at The Kiosk at Newcastle Beach,” Luke said. 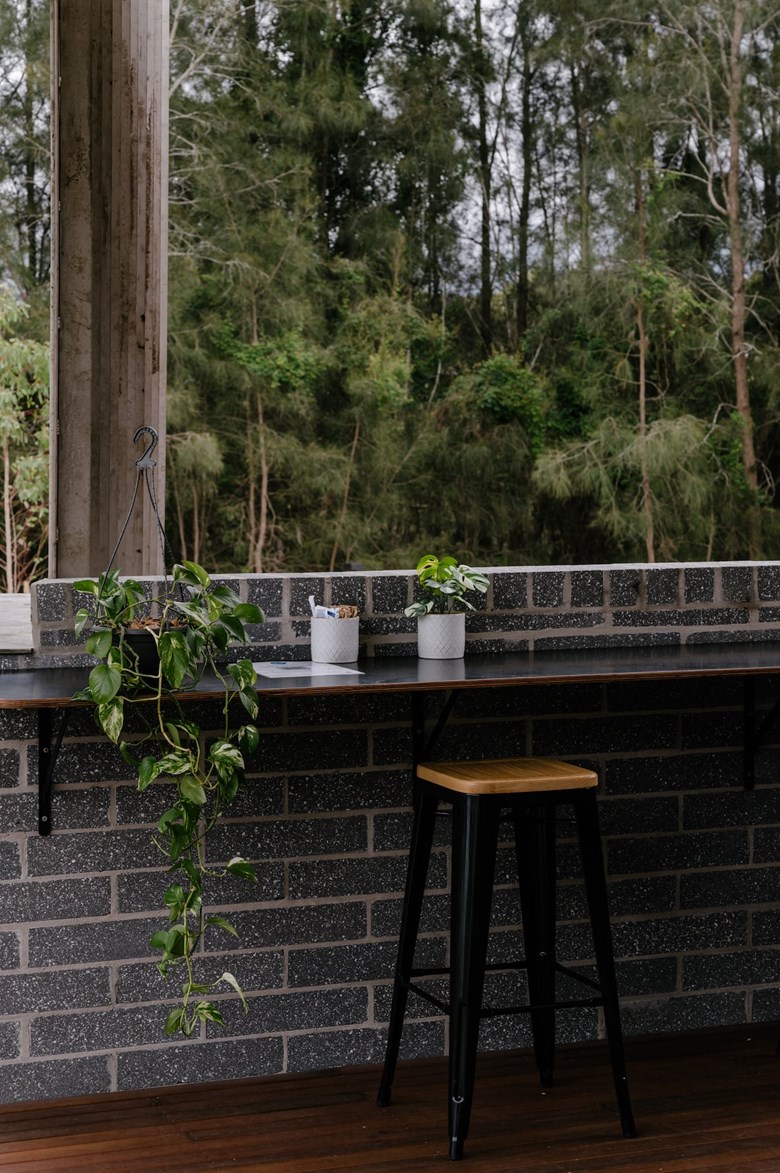 Setting up shop inside the newly built MAP Mima (Multi Arts Pavilion) right on the edge of Lake Macquarie, visitors can access the building by the lake foreshore cycleway, or by parking in the Creek Reserve Road carpark or at Park Road carpark at the eastern end of Speers Point Park. 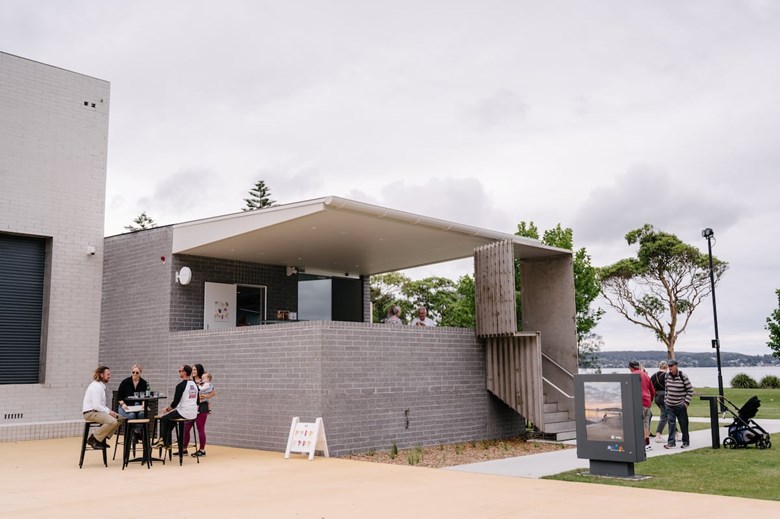 The building was the creation of local Architecture student and long-time Kiosk at Newcastle Beach customer, Samantha Bailey, who won a competition with Lake Macquarie City Council in 2018, asking for a multipurpose building capable of housing visual and performing arts shows and exhibitions. Launching late this year, the building has become the first permanent regional multimedia arts pavilion. 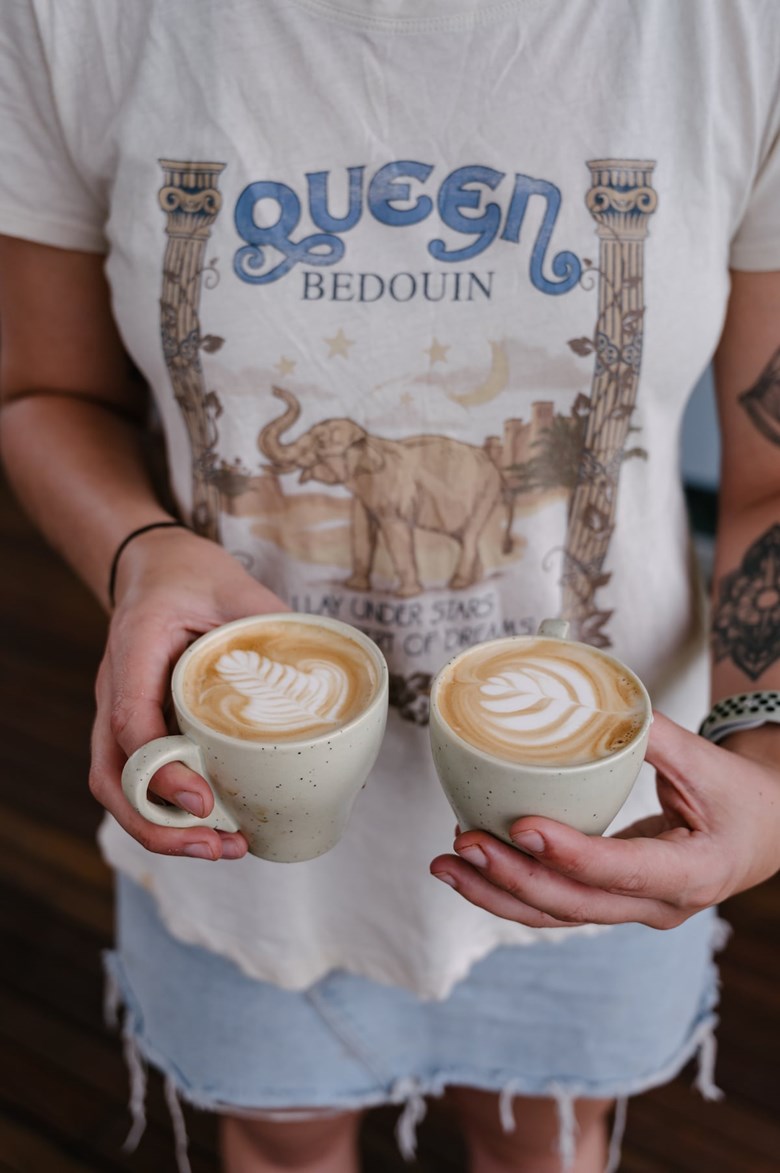 The team behind The Kiosk had been scoping out potential second venues for years but stumbling across the Speers Point Park location was a match made in heaven. It was as simple as applying for the tender and getting the ball rolling once they received the approval! 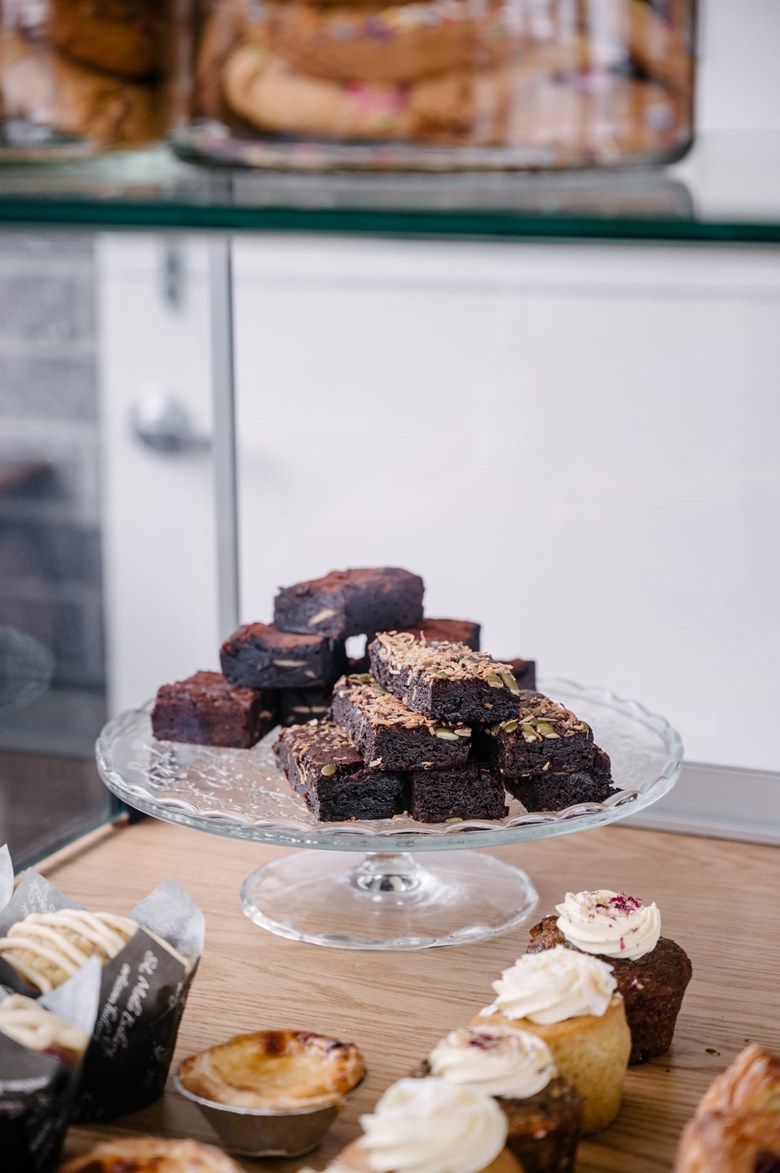 “Rob and I always have something in the works, but this was the first one that stuck.” 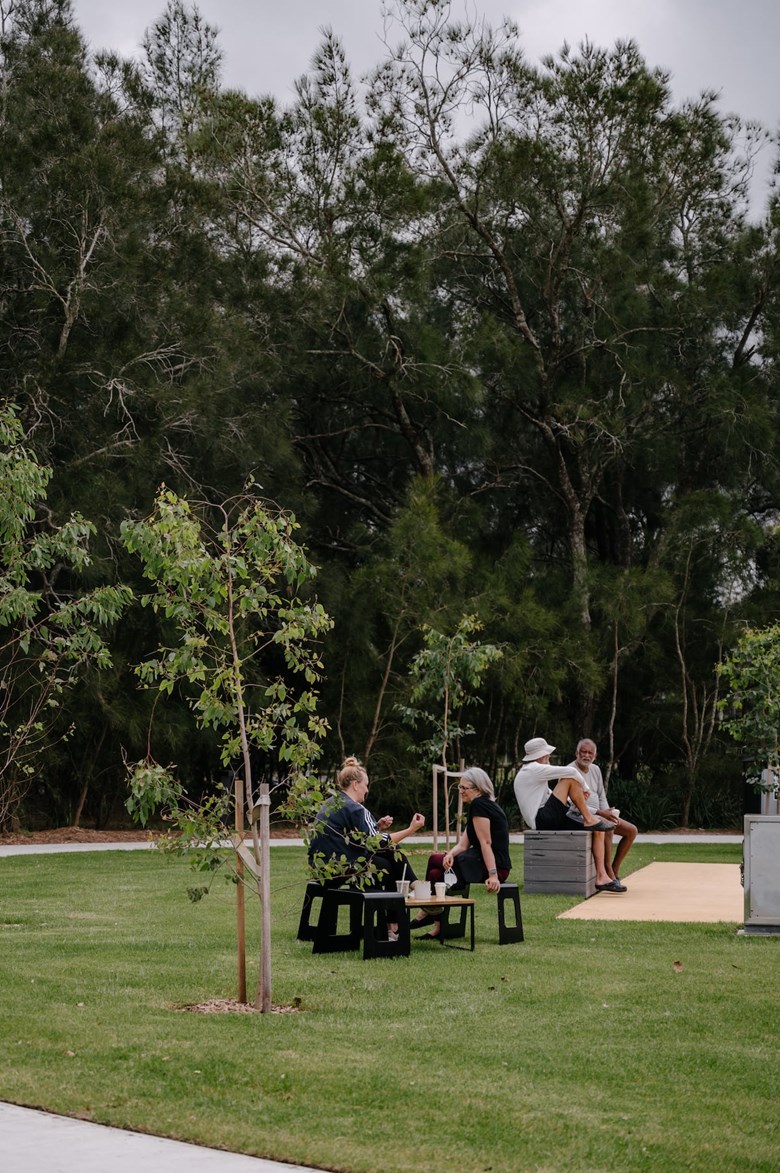 So, what exactly does the name represent?

“My grandfather’s name is Harry. He was a Speers Point local builder and arm-wrestling champion from Speers Point RSL. My wife Sigrid is also an owner in the business, and her grandmother’s name was Lola. She was the first female butcher in NSW, and she had the Needs Butchery in Speers Point, Warners Bay, and Boolaroo. The butcher in Boolaroo still operates to this day! 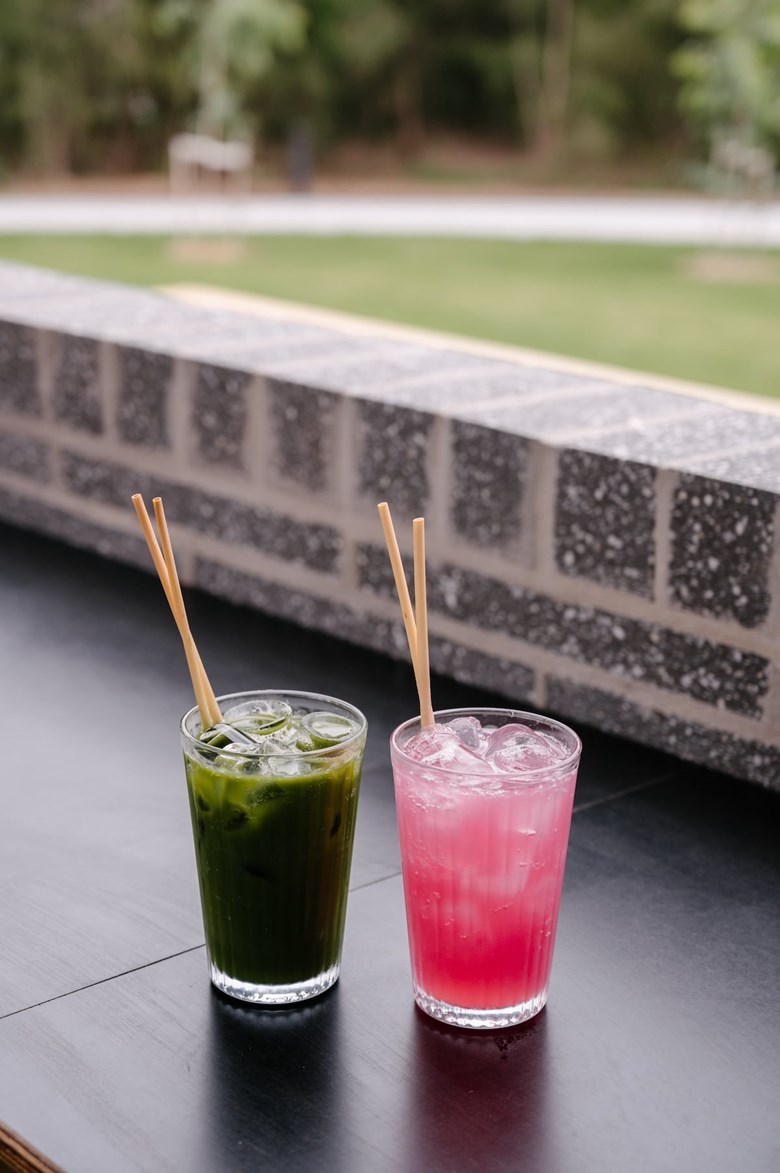 “When we got this building, I was telling my parents about it, and they said oh did you know that Harry’s grandfather had the last kiosk that was in Speers Point Park. It’s nothing I intentionally had on the radar but it’s actually pretty cool,” Rob shared. 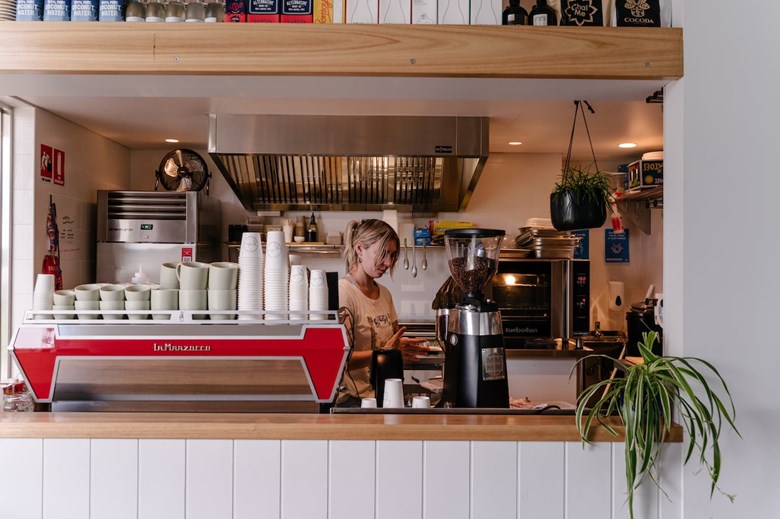 Operating out of a small space within the complex, visitors dropping by Harry & Lola’s can expect a fairly paired back menu but with the same quality and deliciousness, you can expect from a visit at The Kiosk. Keeping things simple, you’ll be able to get your hands on four flavours of Lola Bowls, two delicious Toastie options, and of course, a range of tasty sweets! 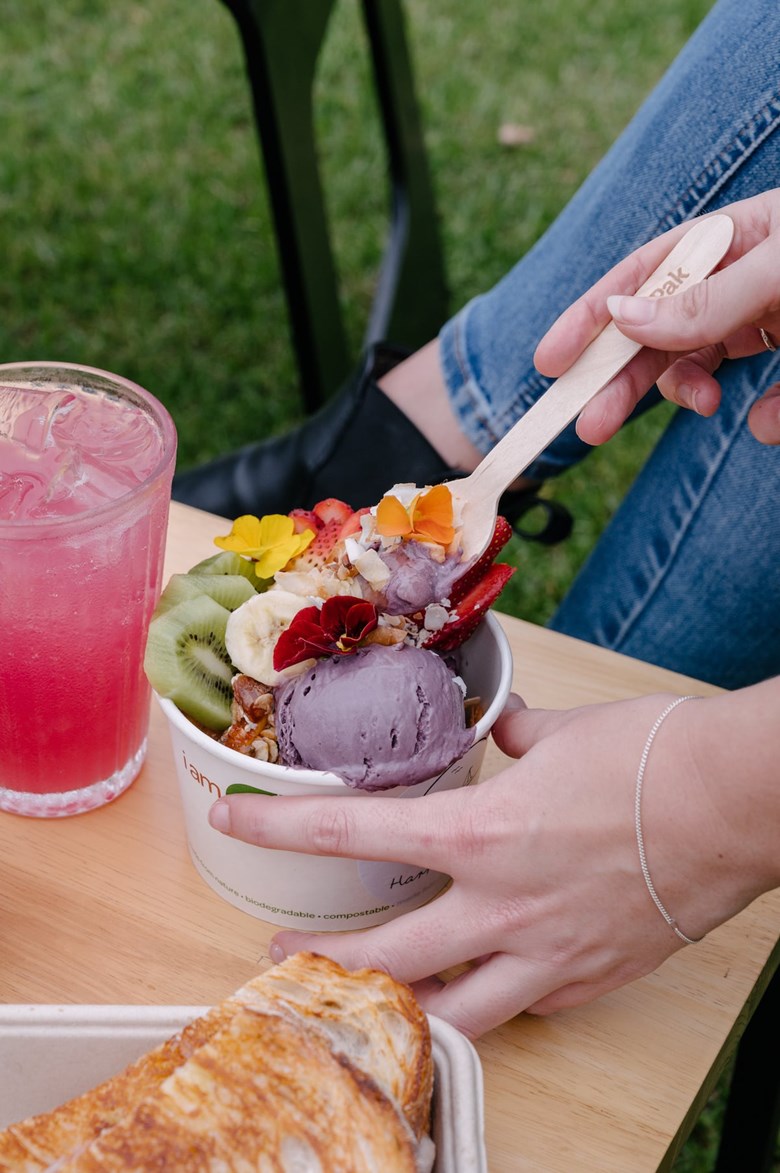 “The menu is pretty similar to what we offer at The Kiosk. Lots of smoothies and juices. Because we’re in the park with a lot of families, we thought we’d go down that acai bowl market.

“The guys from Berry Brothers (WIA Store) now have their own product that’s similar to acai but it’s called maqui. We’ll be doing that down here instead of acai and so far, it’s been really well received,” Luke said. 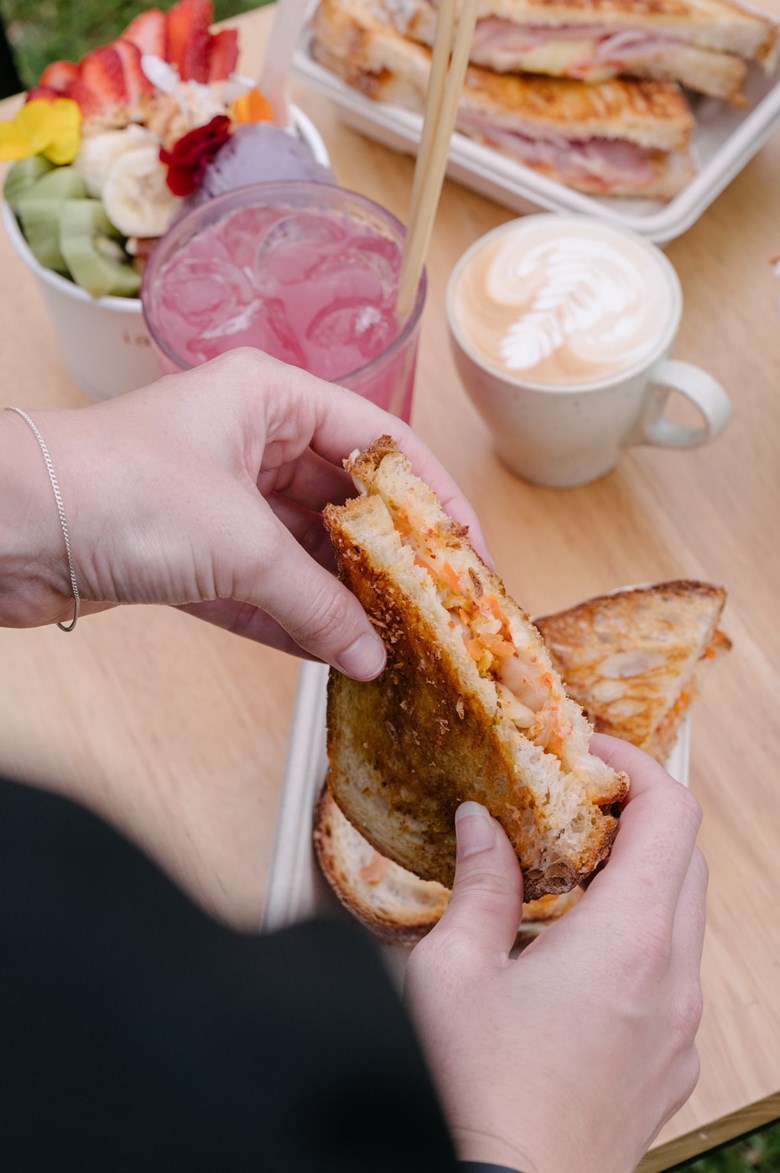 On the drinks side of things you can of course expect a good cup of joe with beans from Marvell St Coffee, a delicious collection of smoothies, cold-pressed juices, shakes, and life-changing Fairmont Cold Brew for those warmer days. 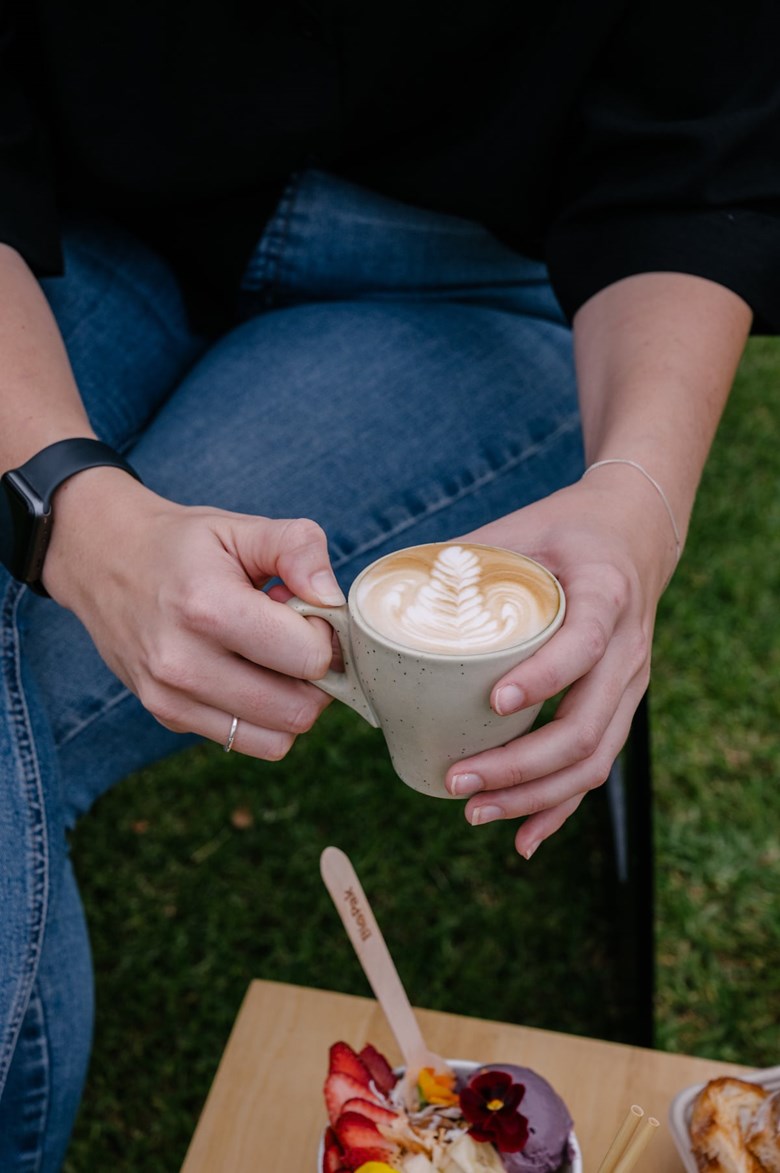 “We're working with the awesome Marvell St Coffee again. We’ve worked with those guys at The Kiosk for five years now and they’re the best. They’ve set us up in an awesome coffee machine and we have the best relationship with them.”

With a big space for outdoor seating with sprawling lake views and just a jump, skip, and a hop away from the incredible playground, Harry & Lola’s has big plans moving into the new year with plans to operate afternoon entertainment and drinks under the name Stinky Corner Sundays, due to kick off from the 23rd Jan! 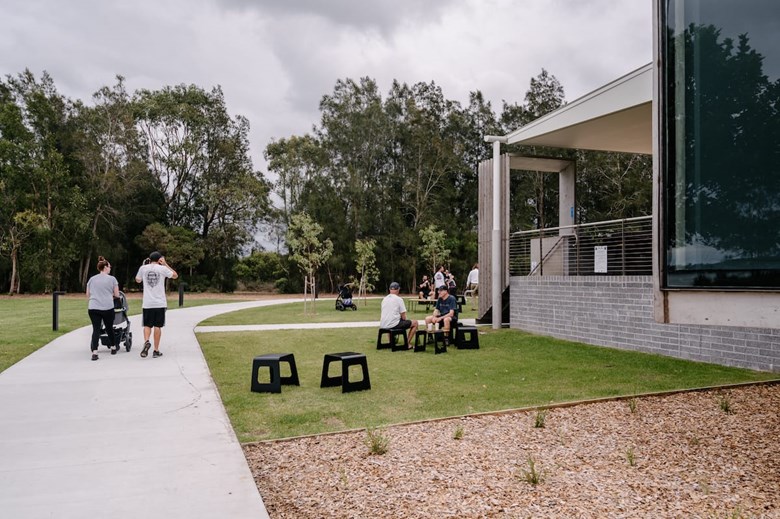 “We’re planning on holding them every Sunday afternoon from 4pm-7pm. We’ll have live music, food, and drinks. There’s not a whole lot to offer out here for that kind of Sunday afternoon vibe so we’re really looking forward to offering that.” 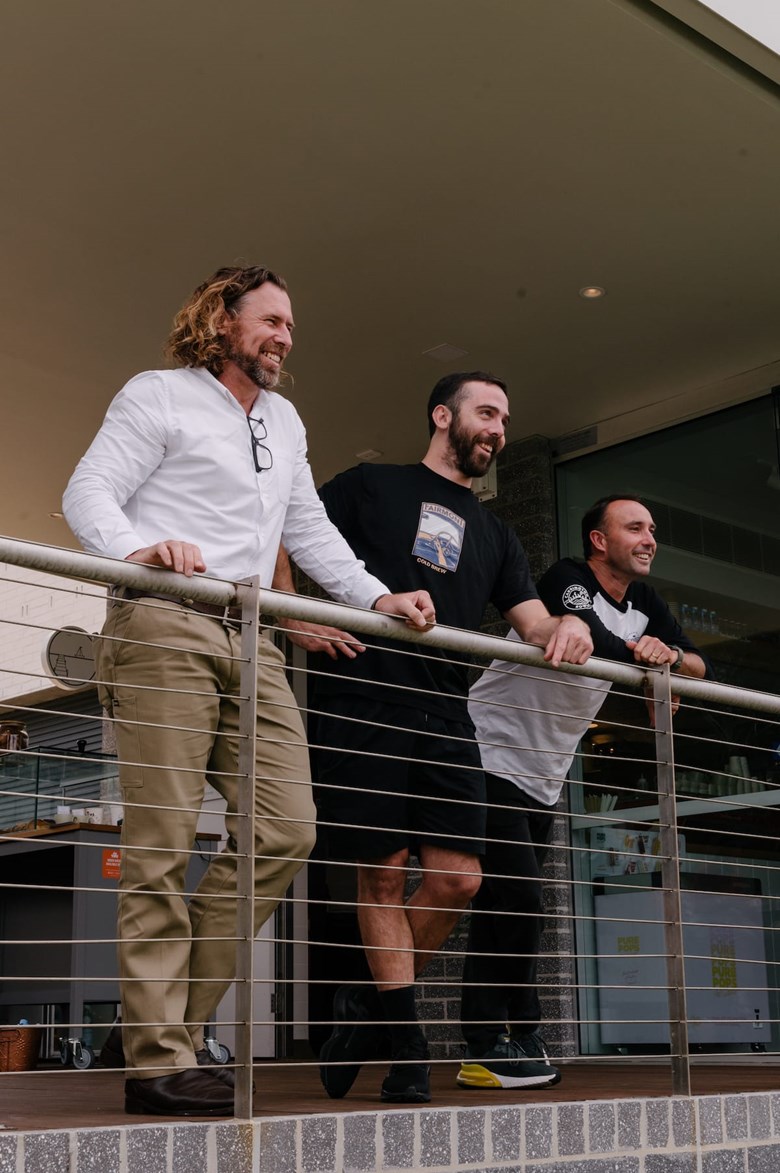 So, whether you’re headed our to Lake Mac to browse the weekend markets held at Speers Point Park, maybe you’re getting the kids out of the house to burn some energy, perhaps you’re planning a picnic with friends, or you’re just keen to try a new spot. Whatever it might be, drop by Harry & Lola’s in Speers Point Park and see what all the fuss is about at this incredible new space on the shores of Lake Mac.