Ever in the need for good quality seafood? Well, there’s a little hidden gem out in Carey Bay that is well worth the trek out to the other side of the lake. Shane’s Seafood has been supplying Newcastle and the Hunter Valley’s top restaurants with the best seafood offerings over the past 35 years, and just over a year ago they launched their very own dedicated retail space. 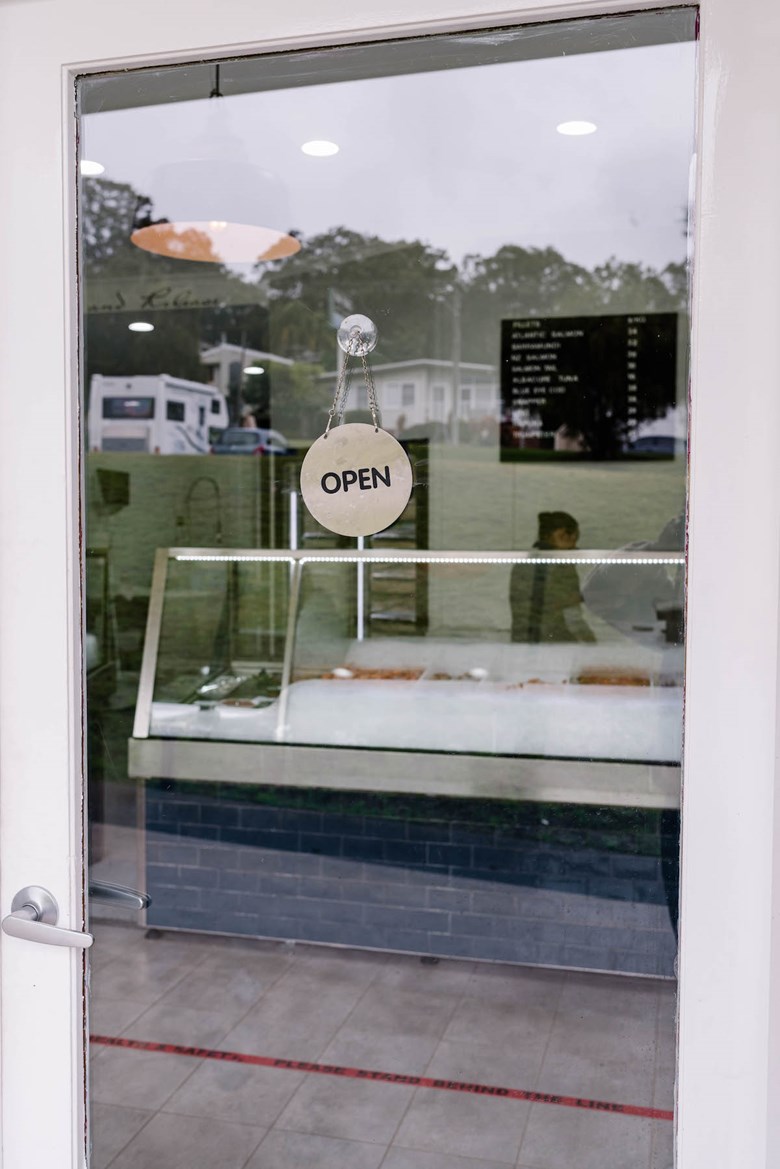 Starting as a small family business by Shane Snedden alongside the Hunter's dining godfather, Rob Molines. But was only recently purchased three years ago; bought up by a Sydney-based seafood trader, Nicholas Seafood.

“It was originally a small family business, but around three years ago Shane was looking to retire. I had started here with Shane’s Seafood about 16 years ago and was recently working for Nicholas Seafood in Sydney. He owns a few seafood spots and we ended up talking him into buying it,” Tony Wearne said. 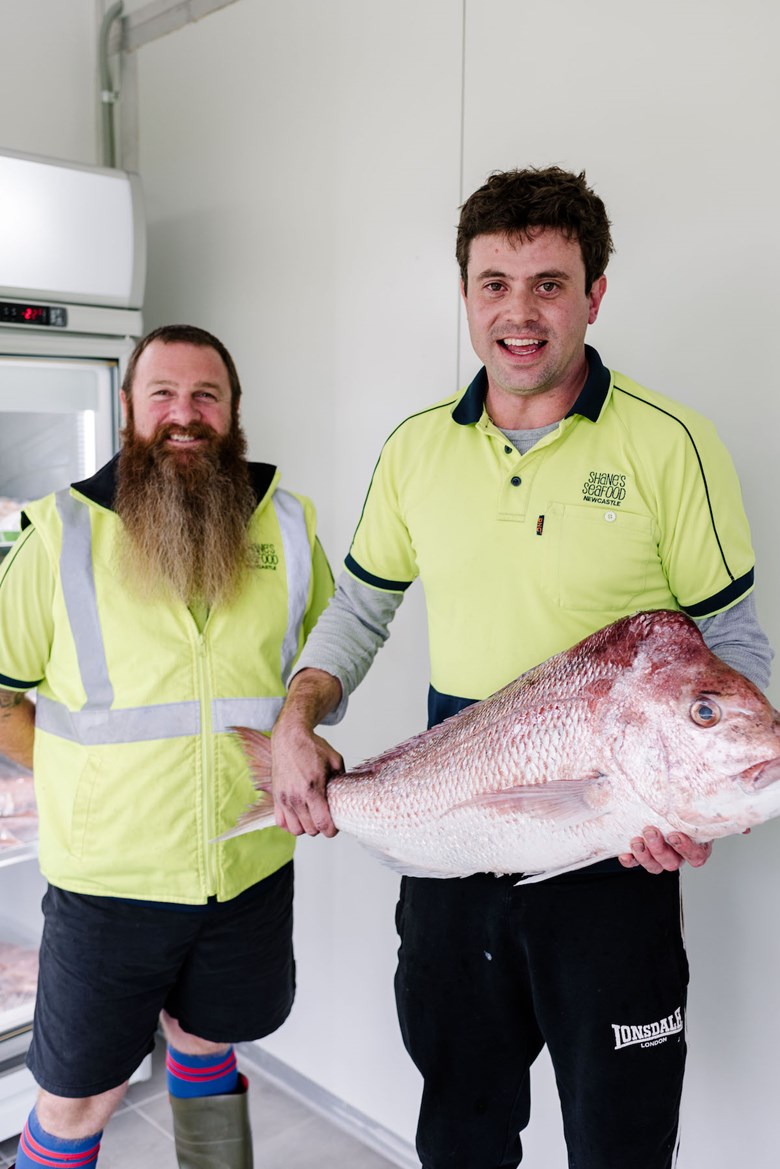 The business is run by two long-term fish lovers Tony Wearne and Gary Brush (or Basil as he’s more commonly known). Tony who has been working with Shane’s Seafood on and off over the past ten or so years and Basil who has been with the business for the past 16.

The basis for Shane’s Seafood was always to supply restaurants in the Hunter Valley with high-quality produce, and over the past few years the brand has seen themselves spread into over 150 of the best restaurants across not only the Hunter Valley but Newcastle, Port Stephens and even the Central Coast. 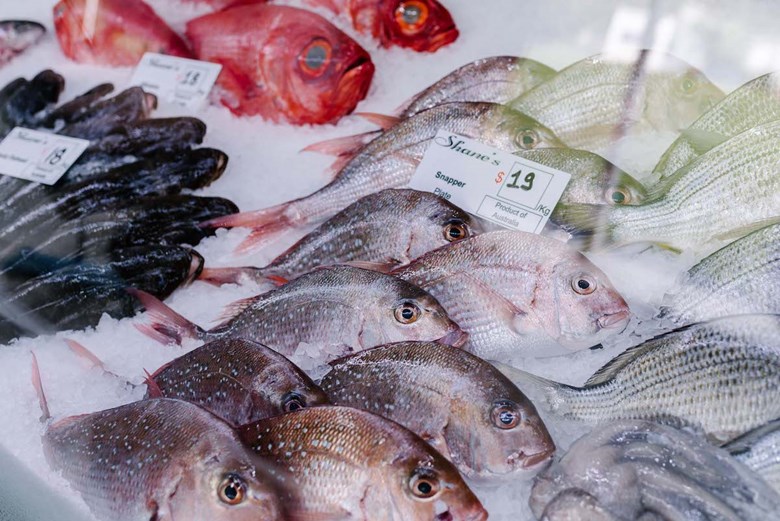 Now, how many of you have actually been out to Carey Bay? It’s definitely a little hidden secret out past Toronto where the shopfront is tucked away in a quiet area. But for the locals, it’s been the worst kept secret for years. 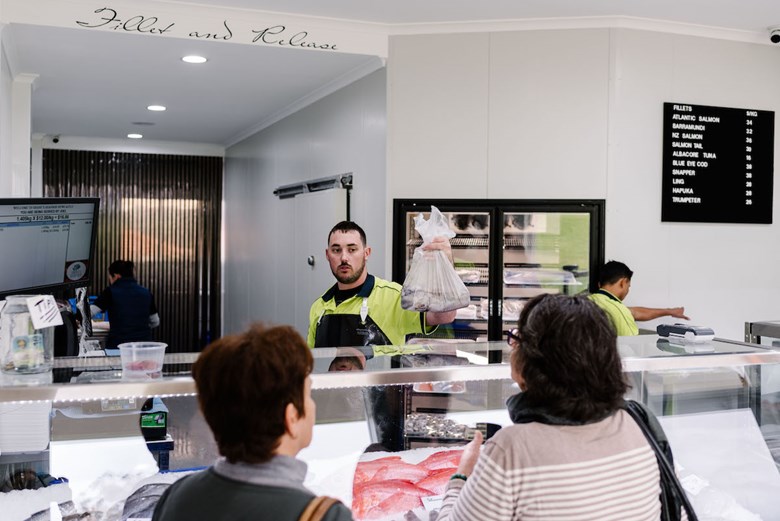 “Previously, people would just come to the back door to pick up their seafood. We had no signage; it was just word of mouth and people coming around and knocking on our back door. It got to the point where we actually had a line every afternoon of people lining up out the back to pick-up their goodies from the secret seafood shop.

“We used to just have a little chalkboard out the back here of what was available that day. But now, people that have been buying from us for years are telling us they’d never seen the whole fish, so it’s been really nice to be able to put them out on display.” 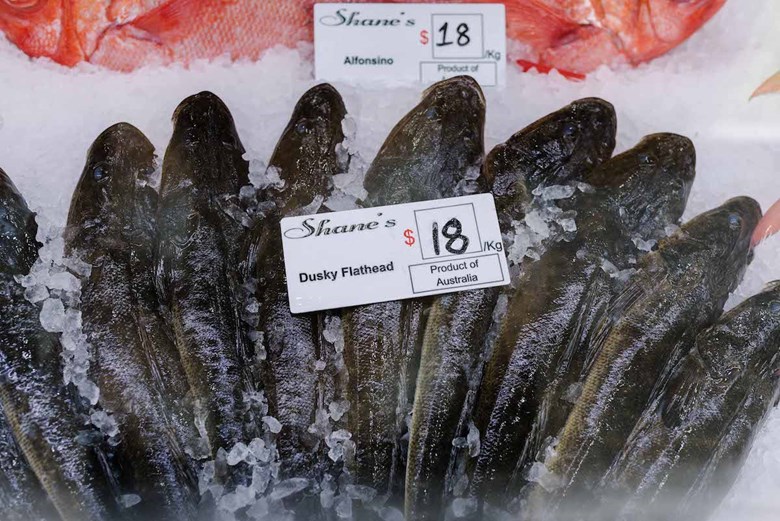 The retail space is jam packed with the biggest range of quality fresh and frozen seafood available for the general public at competitive prices. From Abalone, mussels and oysters to king crabs, live lobsters, snapper and barramundi; you name it -  these guys have it. 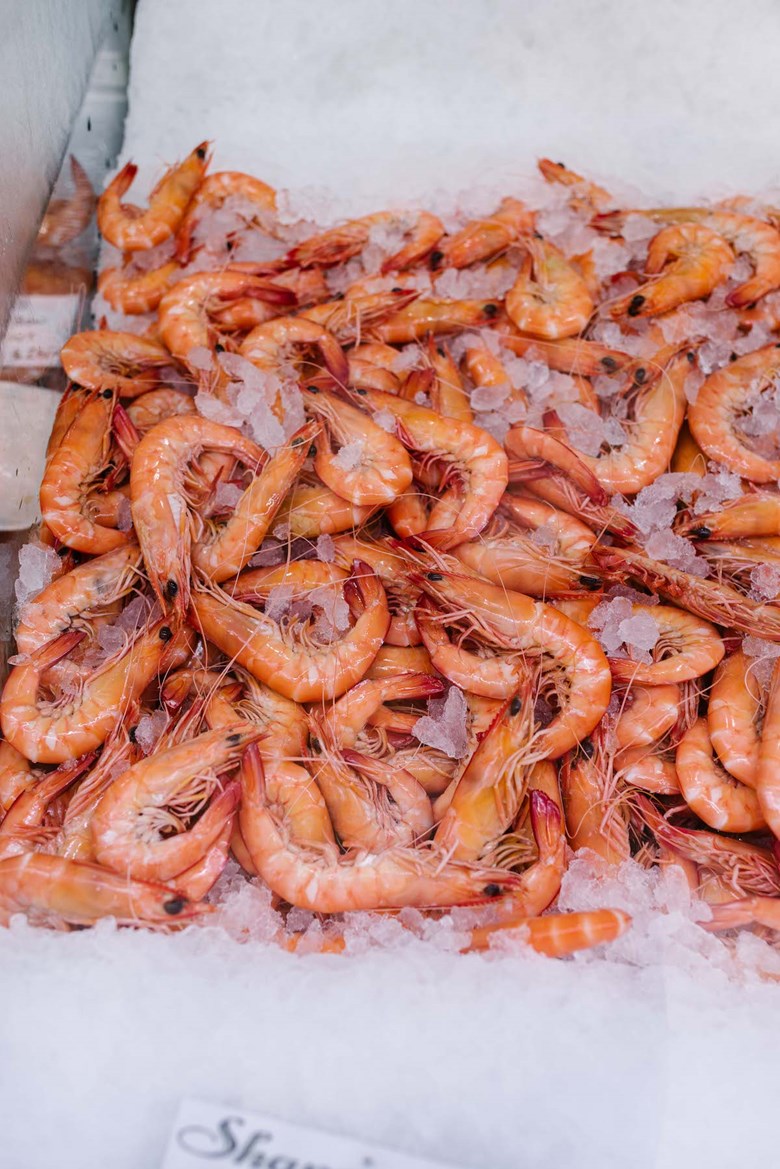 “I was until recently travelling down to Sydney Fish Markets every morning to buy the fish. When COVID-19 hit, they introduced an online bidding platform for the auction so now I just sit at the computer and do it all online and it’s saving me four hours of driving every day.

“I’ve been buying for about seven years now and in that time, you get to know the fisherman and the suppliers, and you develop relationships with them. I can now sit at home and when I see the supplier pop-up, I know what the quality is going to be like without having to be there. So, at the moment I can’t really see myself having to travel back down there again.” 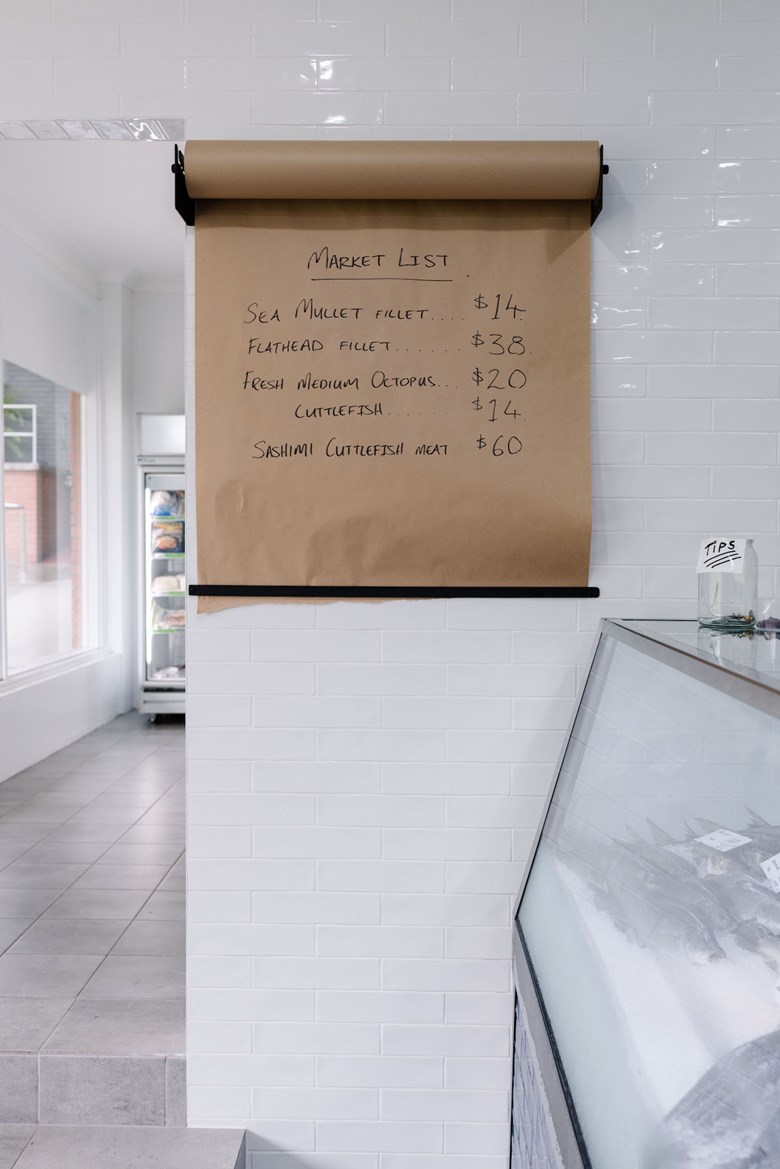 When the pandemic hit, the business lost almost 90% of its business overnight. With restaurants being forced to either close or offer takeaway, it meant that all of their clients no longer needed fresh produce, or at least, nowhere near as high quantities. But with their retail space, they’ve been able to ramp up sales to the general public and it turns out locals love their fresh quality seafood!

“The locals have really supported us during this period. We’ve doubled the business out the front so that’s been good. Now that businesses and restaurants are back open, we’re becoming really busy again.”

“Not only did the locals support us but all the chefs we work with at the restaurants were buying produce themselves to cook at home.” 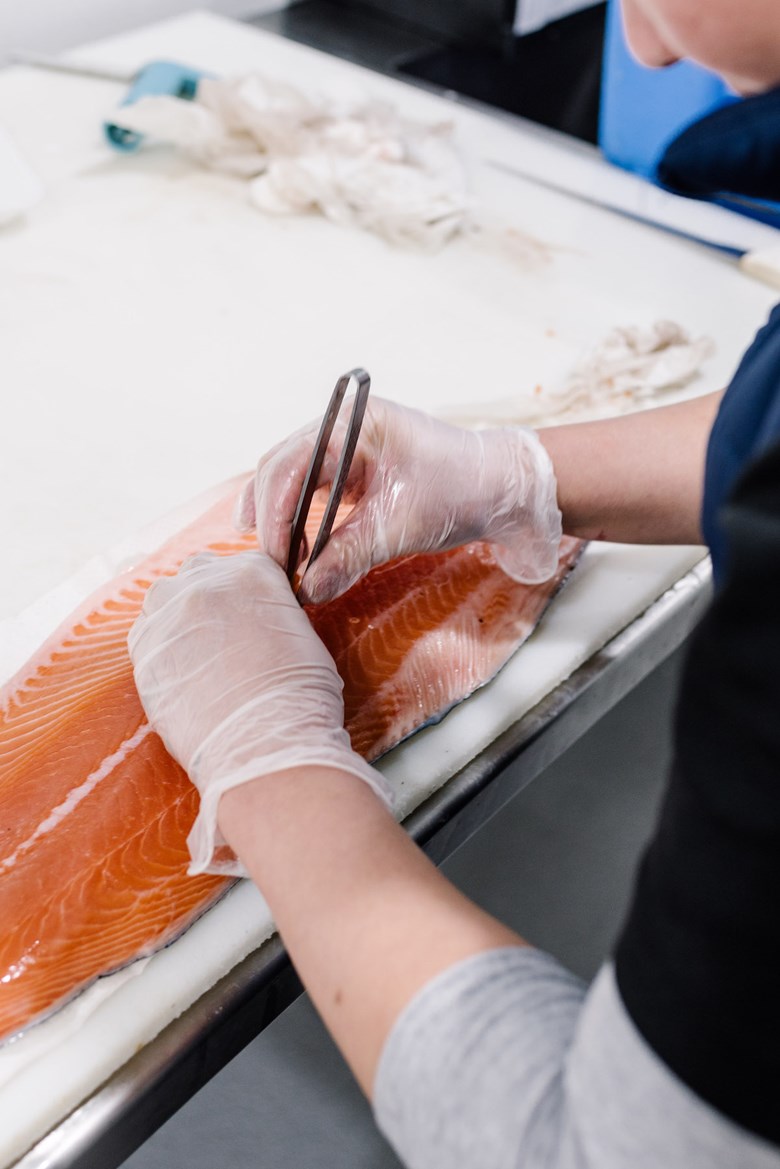 Now that local restaurants are reopening, Shane’s Seafood is seeing their numbers slowly but surely pick back up and the retail space is constantly bringing customers through the doors. 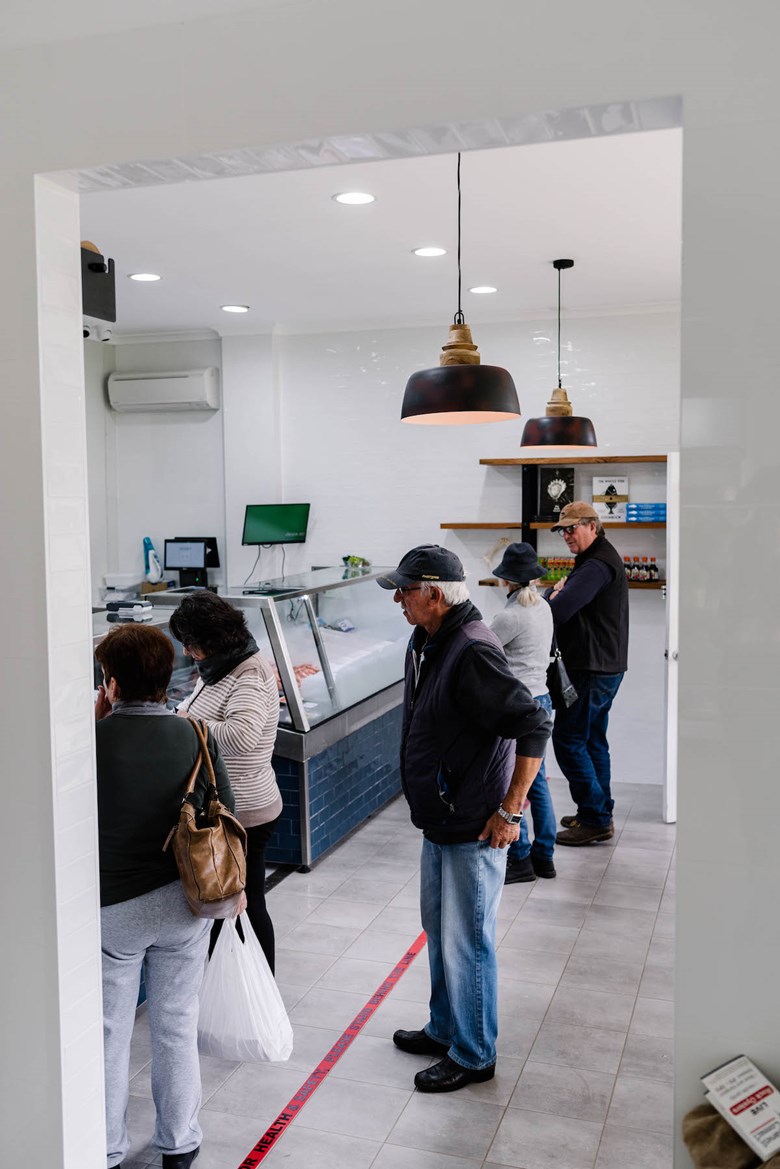 “The wholesale and retail really complement one another. They don’t work separately, they work together. Everything available in there for restaurants are also available for the general public.” 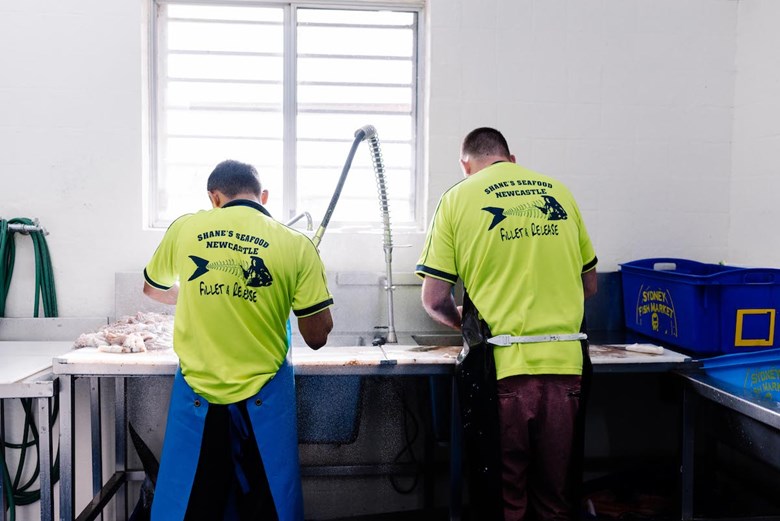 Head to the Carey Bay retail space and get your hands on some quality seafood produce. Need a hand deciding what to purchase? Ask the team for their recommendations and cooking suggestions; with most of the staff being ex-chefs they’ll send you on your way with the best seafood education you can get.

With the Lake Explorer Tour

Here's one for the Lake lovers