The quiet little seaside suburb of Empire Bay on the Central Coast is one that could be easily overlooked. With Ettalong just to the south and Avoca only a few minutes north, Empire Bay is perhaps one of the Coast best-kept secrets.

Formerly known as Sorrento, a number of parallels can be drawn between its Italian cousin, such as its waterfront location, sleepy village-type atmosphere, and an authentic Italian-style pizzeria, aptly named Sorrento.

Opening the doors to Sorrento Pizzeria in April 2021 owner Elio Eliopoulou explains it’s been a pretty rocky start to the business,

“I moved to the Coast in 2015 and co-owned a pasta restaurant in Fountain Plaza, called Remy in Co. After about 2 ½ years I decided I wanted to open my own restaurant, but two months later we went into the first lockdown so that put a pause on everything. Then at the end of 2020, this space became available, and we signed the lease on December 1 and officially opened in April. Five weeks later it was see ya later, get back in your boxes.”

Located on Sorrento Road, what Elio wanted to bring to the locals of Empire Bay was a truly authentic Italian pizzeria experience, from the friendly intimate service that has you feeling as though you’ve just left Nonna’s house, to those big beautiful Italian pizza flavours,

“I wanted to create traditional handmade pizza just as you would have when you’re visiting Italy. My wife Beth, her father builds all wood-treated pizza ovens in Somersby, no gas is needed, which is important to create those true Italian flavours.”

“I describe our menu as being old world meets new world. Anything that is new world is locally sourced, and everything old world we import from Italy, it’s a marriage between the two which we’re proud of. I want Sorrento Pizzeria to be the most authentic food experience on the Coast.”

When it comes to the pizzas themselves, we need to highlight a couple. First is their signature pizza, the Sorrento Special which features hand-sliced pepperoni, fior de latte cheese, locally sourced rosemary, chili’s from Booker Bay, and honey from the Bearded Honey Maker in McMasters Beach. Drizzled over the top and bringing it all together is the Extra Virgin Olive Oil from Elio’s grandfather.

Another must-mention is the Mushroom & Truffle pizza, which Elio explains is their number one pizza by far.

“The truffle paste comes from Italy, and the mushrooms are from Margins Mushrooms in Woy Woy. You can’t help but fall in love with this one, even if you don’t like mushrooms.”

To say food and hospitality run through Elio’s veins is an understatement, Elio comes from a long line of hoteliers and restauranteurs who are now based around the world. 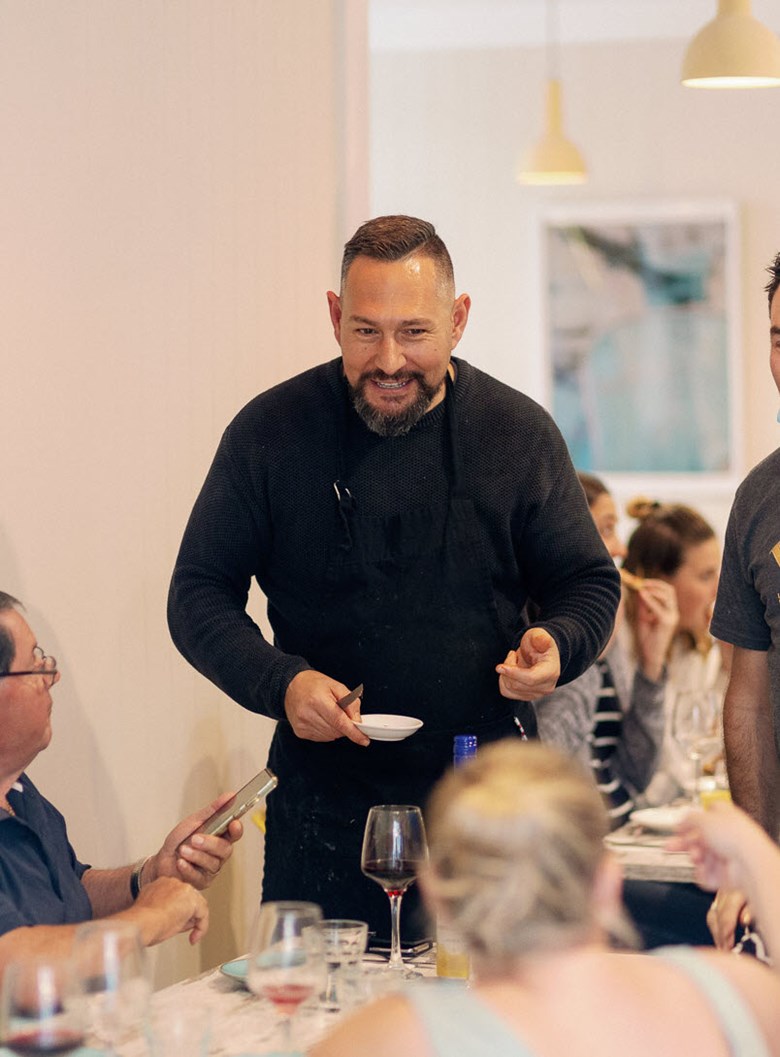 ‘My family immigrated to New York, Toronto, and Australia from Italy. My mum, who was 17 at the time, was the only one who came to Australia. I grew up in a deli in Marrickville and remember dining at Italian institutions such as Napoli in Bocca in Haberfirled as a kid. When I finished school I wasn’t interested in doing anything food-related, it wasn’t until I moved up the Coast that I decided to go into partnership with the pasta bar.’

In addition to the locally sourced produce and true Italian flavours, there’s another secret to Elio’s pizzeria success, and it’s all to do with the base,

“Our pizza dough recipe goes back generations in Italy. We don’t use more than four ingredients, which is the authentic way and we make it fresh every day. We don’t like to take shortcuts here.”

“Coeliacs love coming here, our gluten-free base is the best on the Coast, most of our entrees are gluten-free and vegan, so is our Gelato, except for the Biscoff.”

Speaking of gelato as you would expect Elio has gone above and beyond to source only the best,

“I couldn’t have good pizza with bad gelato, and because we have the smallest kitchen on the Coast we couldn’t make it ourselves so I tracked down an Italian family in Sydney who has been making gelato for more than 45 years. It really is the best gelato.”

When it comes to dining in at Sorrento Pizzeria it makes for the ideal location no matter what the occasion. Whether it’s an intimate gathering of two or a larger celebration, regardless of your size the spot to be is in the alfresco area which comes complete with the traditional blues and yellows of Sorrento and views of Empire Bay. 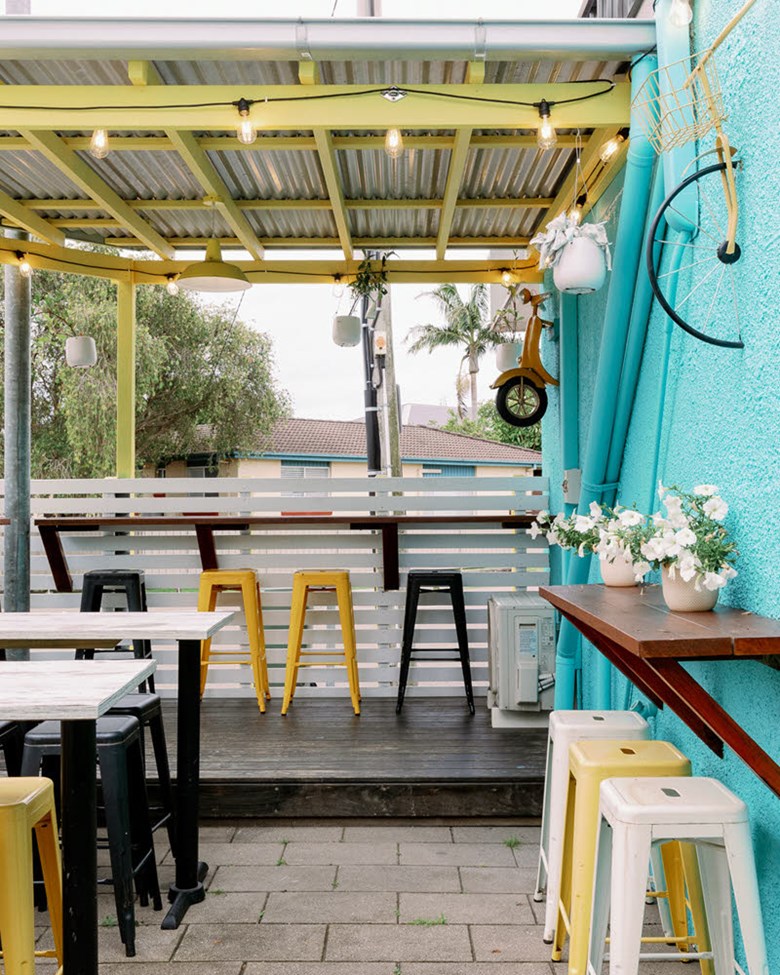 For those who are lucky enough to have experienced pizzas in Italy itself, Sorrento Pizzeria in Empire Bay will bring back fond memories, and potentially even outdo them, we'll leave it with Elio to have the final word,

“We want people who have experienced pizzas in Italy to walk away from Sorrento Pizzeria to feel as if they have just visited Italy."