This isn’t the first time we’ve asked “why not Wyong?” and when we first asked the question in early 2018, we could see the growing stable of bars and restaurants popping up around the main hub of Alison Road. Since then, the town mostly known as a commuter suburb has really come into its own on the bar and restaurant scene.

Motel Mezza Social Bar opened in late 2018 when the owners saw a gap in the market for a more trendy and diverse food and drink offering. Co-owner Tara Dickinson said the initial reaction to the venue was met with some criticism and long held stifled vibes about the northern capital of the coast. 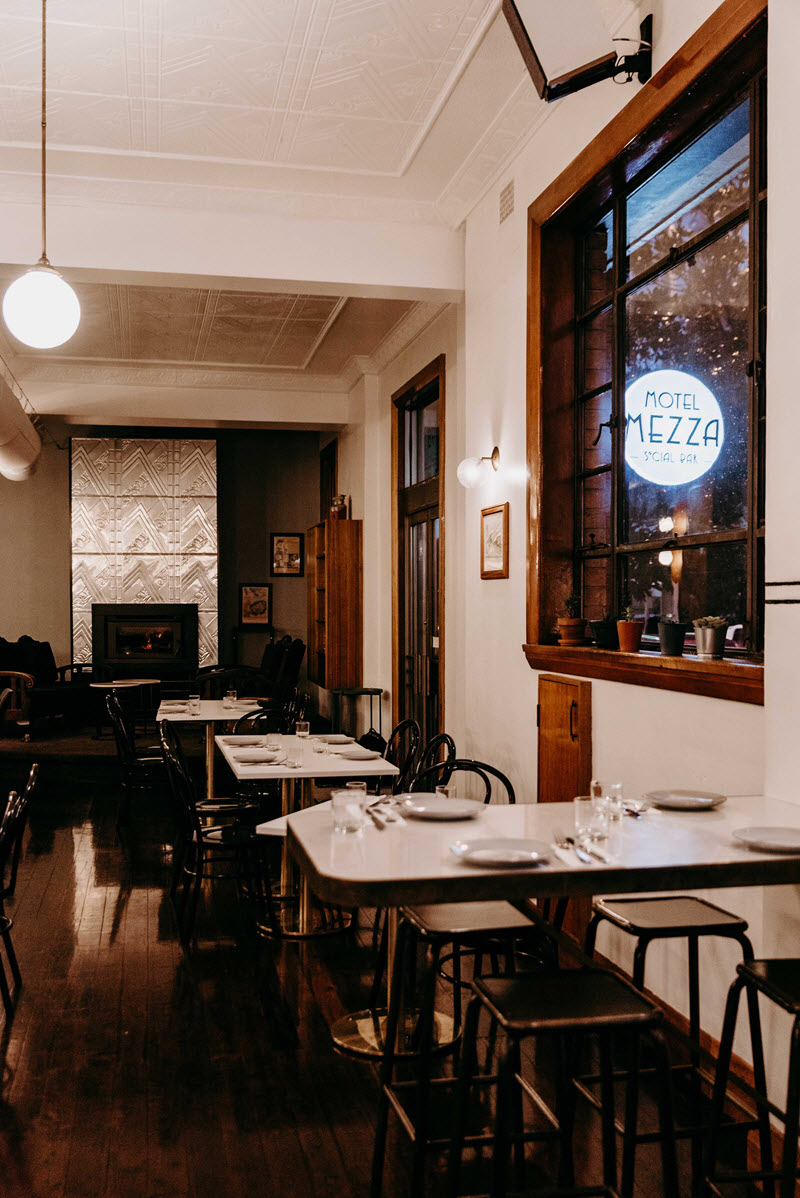 “It really was a matter of - build it and they will come. Whatever doubt there was from onlookers behind how we’d go here was quickly doused with a packed venue night after night,”

And it’s not hard to see why they’ve got bums on seats. Located in the grand old 1930’s State Bank building, the restaurant and bar boasts high ceilings with the original and restored pressed metal, Art Deco concrete walls, polished floorboards and opulent interiors including a fireplace, which is perfect for a warm winter feed. 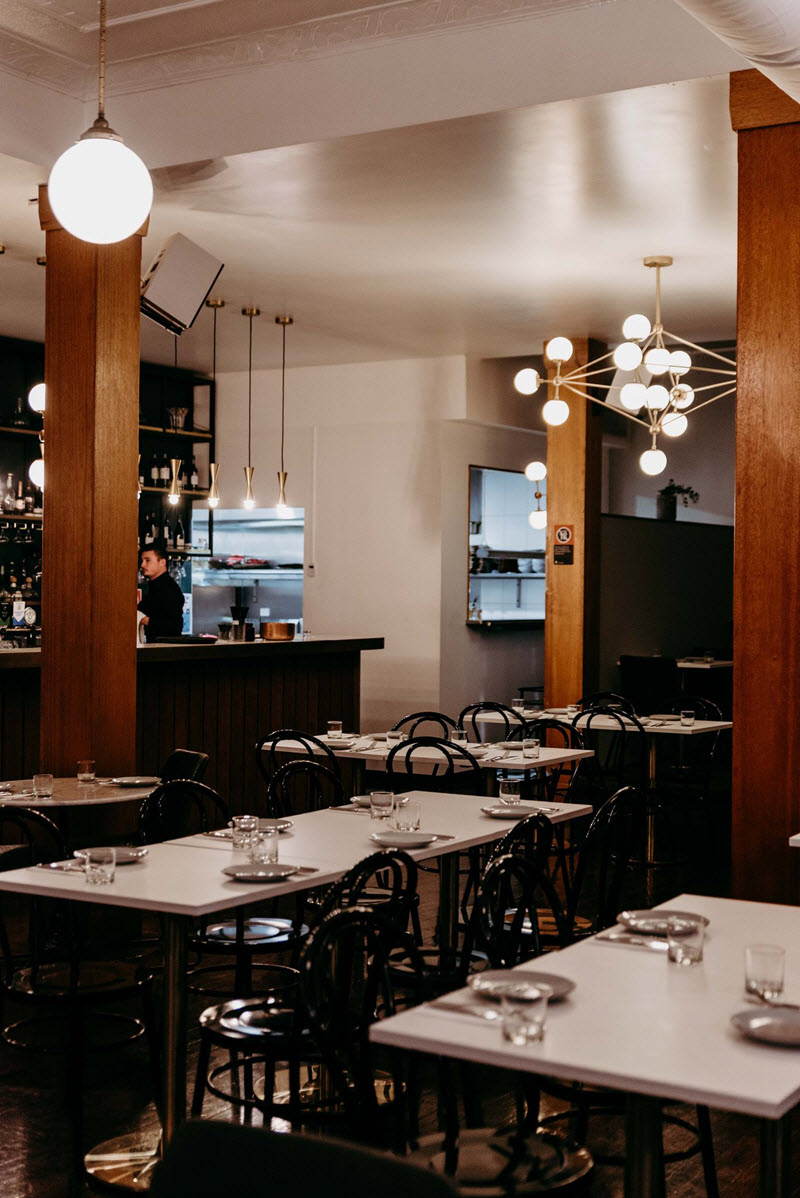 They’ve even transformed the old bank vault into an intimate wine room to really crank up the cosy vibes. 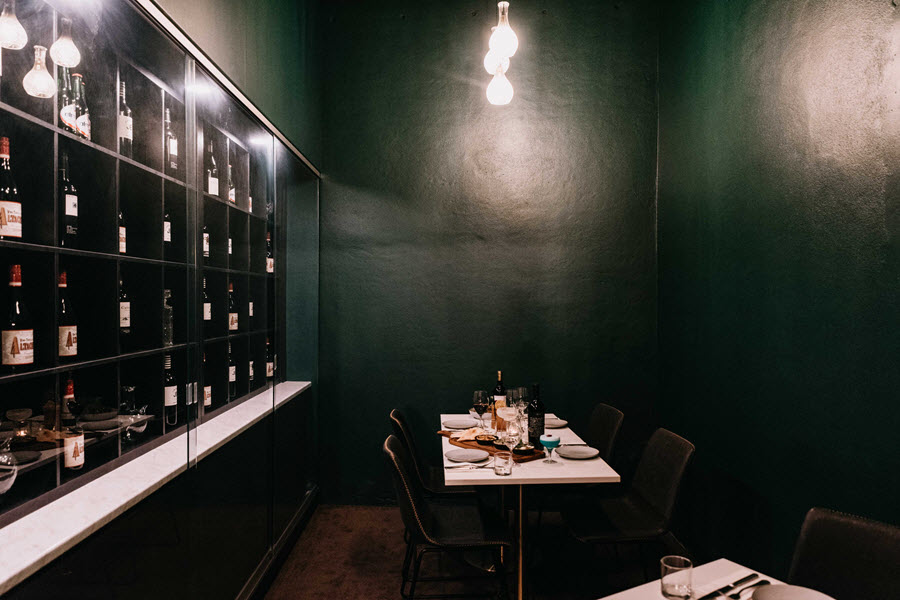 Inspired by traditional Lebanese cuisine and drink, the menu is focused on sharing Mezza platters and banquets. Think dips, flat breads, small bites, sauces and plenty of Lebanese barbecue-style meats. However, like most Lebanese cuisine, about a third of the menu is completely plant based, which caters for the booming trend of vegan and gluten free dining options on the coast. 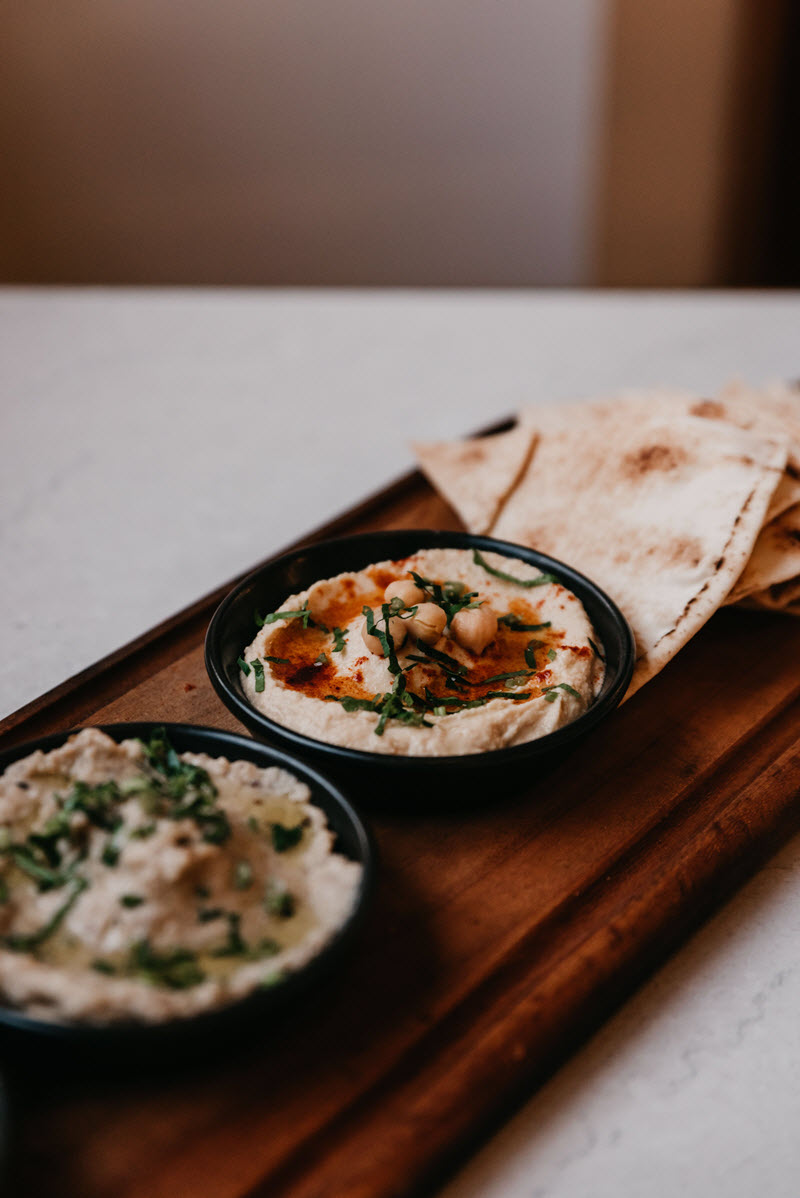 The wine list focuses on diversity and global palates with a range and reds and whites hailing from Lebanon, but also Turkey, Argentina, South Africa as well as the traditional Lebanese Almaza, which is a crisp easy-drinking lager. The cocktail list is on point, and like sister-venue Pinocchio’s, there’s a natural link between the food and drink flavours. Try the gin-based “Axel Rose”, which incorporates the traditional Lebanese taste of rose water or go for the after-dinner digestif, Ararak, which is similar to the Greek Ouzo. 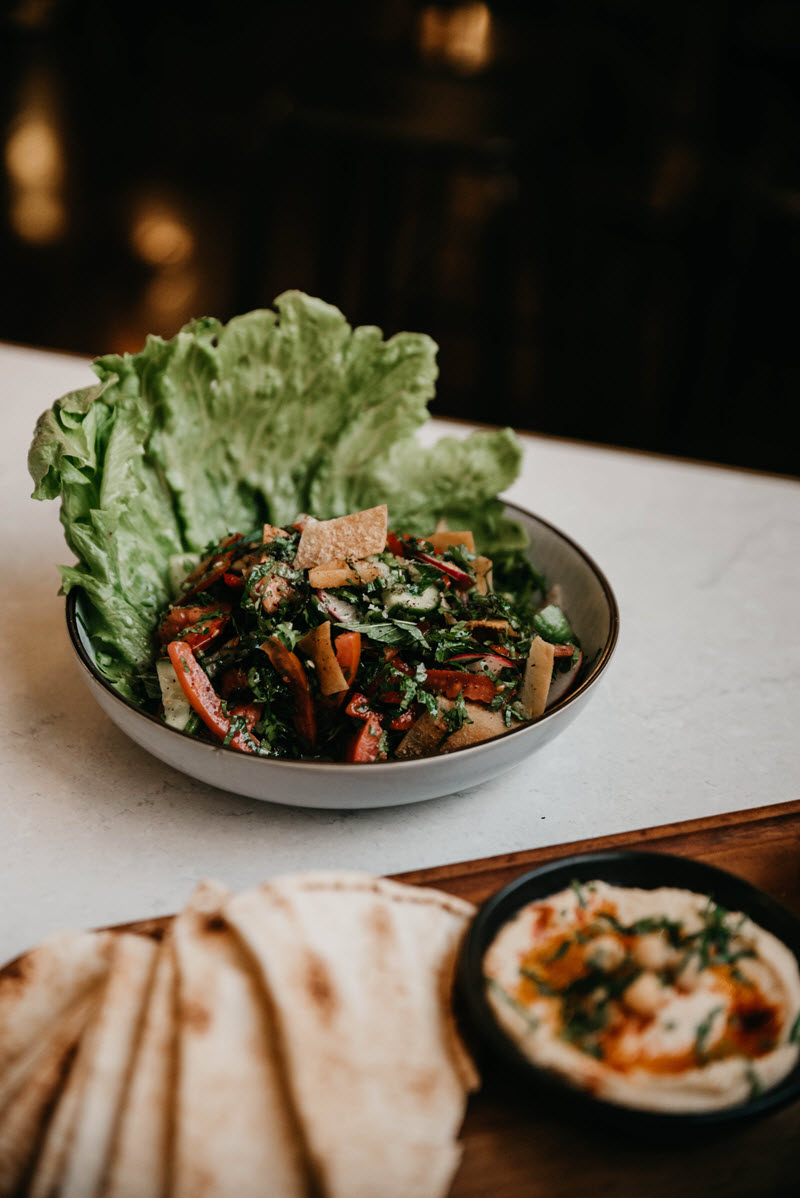 Like most venues, the team at Motel Mezza have had to quickly adapt with the restrictions posed by COVID-19. They do a full menu takeaway, including wine and cocktails and they deliver as far south as Point Frederick, which is a fair hike! 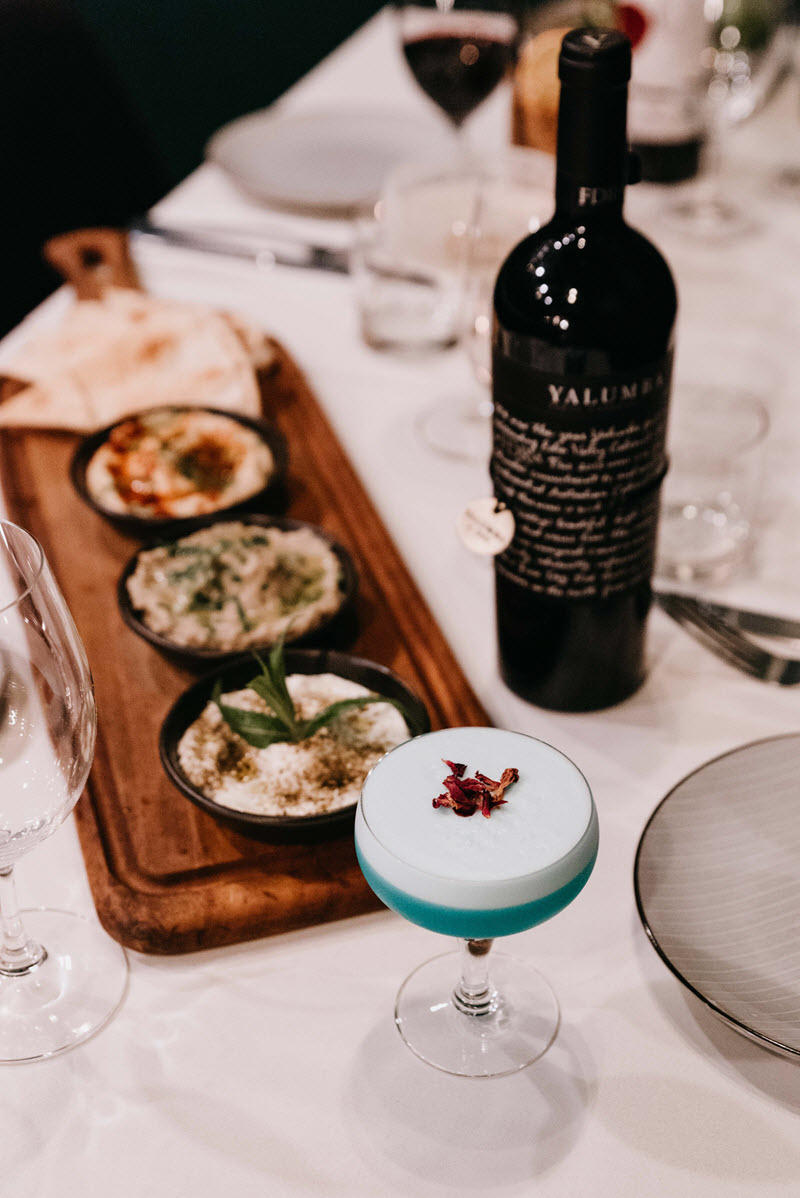 With in-venue dining slowly coming back online, Motel Mezza are prepared for customers in the restaurant as well. Their online booking system is divided into three sets of 90-minute dining times, which they adhere to strictly to allow for cleaning before the next sitting starts. As per regulations, there can only be 50 people in the restaurant at any one time, which the booking system automatically manages and can let you know if there’s availability. 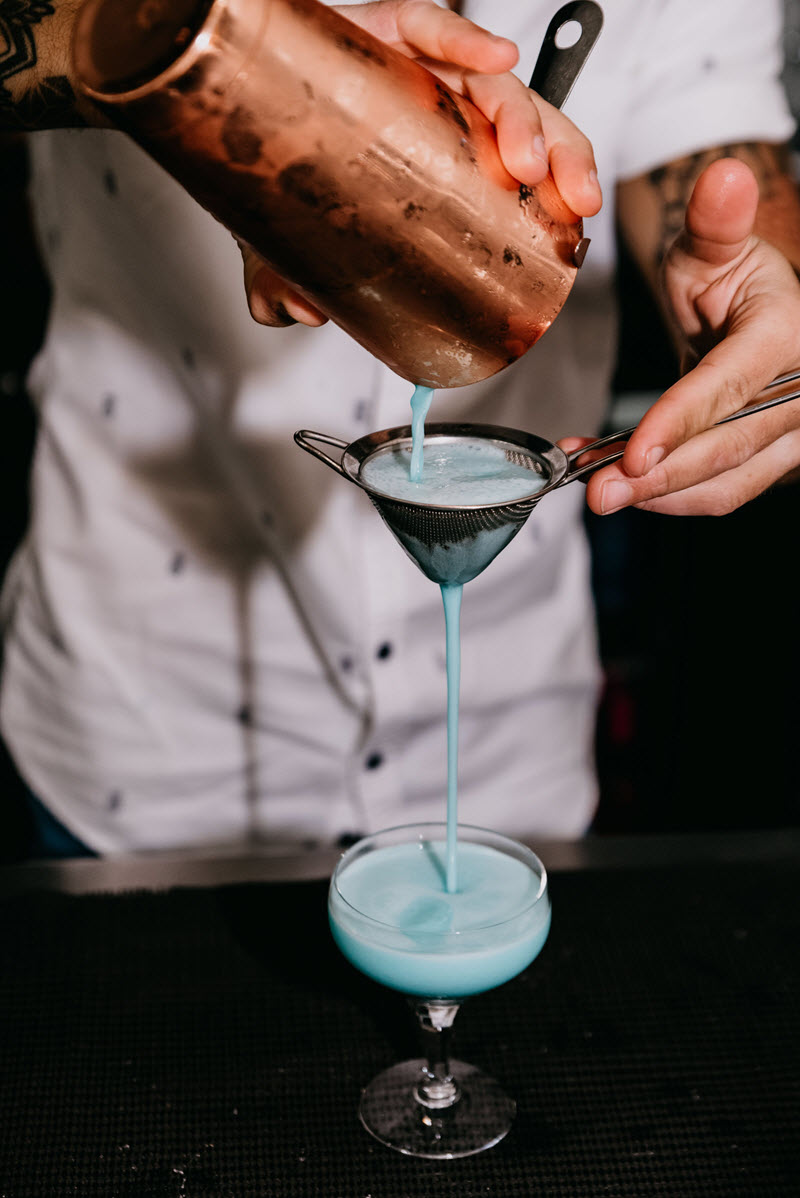 These guys are bringing the old school hospitality vibes to the north end of the coast, proving there ain’t nothin’ wrong with Wyong. Book a table, pull up a stool or make an online order for your next dining experience and you won’t be disappointed. 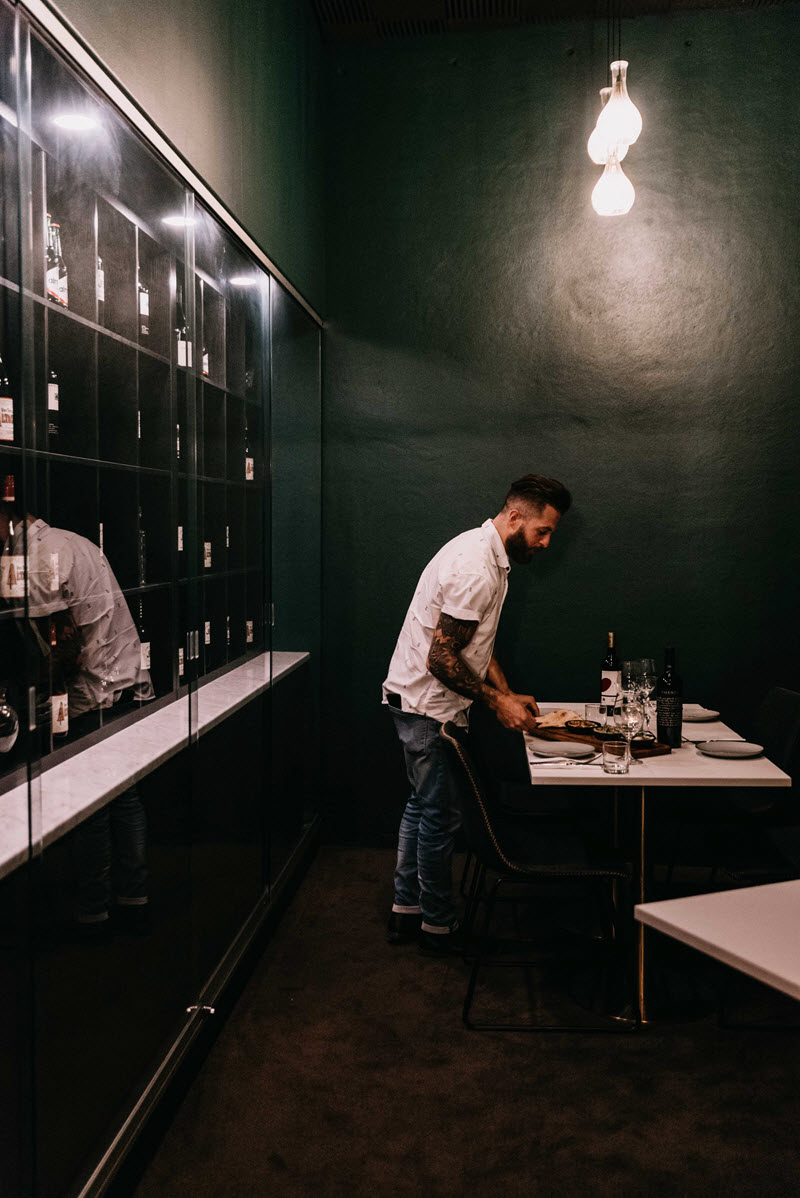 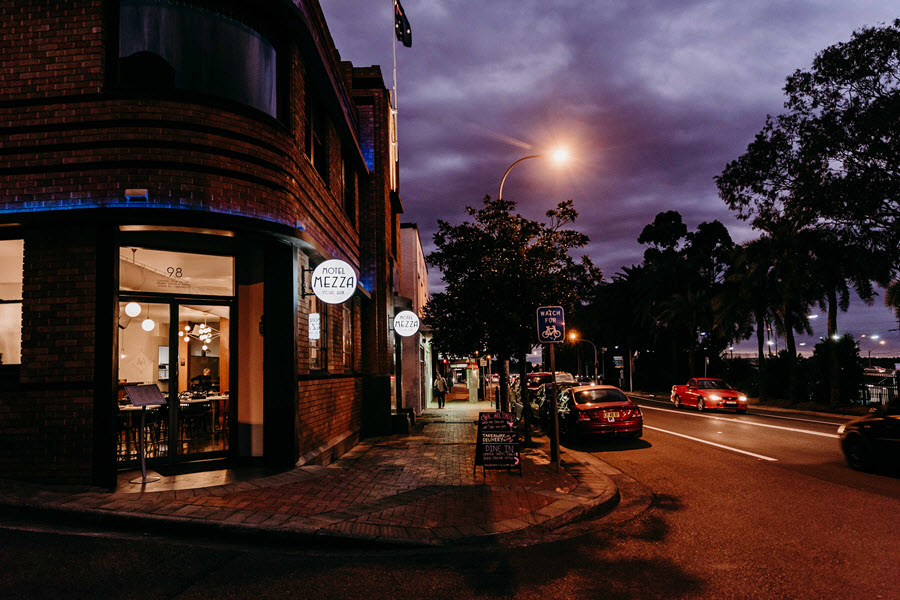 The extraordinarily beautiful restaurant in Gosford reopens for dine-in

Gosford restaurant destination to be enjoyed by the masses