Calling all art, chocolate and mechanically moving parts lovers, IRON SHARK is only days away from being completed at The Creator Incubator.

Bringing you this almighty and tasty structure is the same team that brought you "The Raven's Voyage" and the world's first moving chocolate sculpture "Boneshaker" – Dean Gibson, Jon Pryer, Shane Williams and Vanessa Anton.

Their latest project, Iron Shark is taking all things chocolate and mechanical moving parts to the next level with the addition of two more team members, Jian Yao – the owner of Continental Patisserie and founder and member of Team Pastry Australia. The team have also introduced young gun Josh Nickl from Gumnut Patisserie where he was born and raised and is developing into one of the country's top pastry chefs.

IRON SHARK is the vision of Dean Gibson–Chocolatier, Jon Pryer–Industrial Designer and Shane Williams–Videographer/Photographer, and is the imagineering of a 19th-century submarine in the style of the science fiction of Jules Verne, Edgar Allan Poe and H. G. Wells. This chocolate time machine takes us back to a world where steam was the new punk and the Nautilus roamed the imagination. 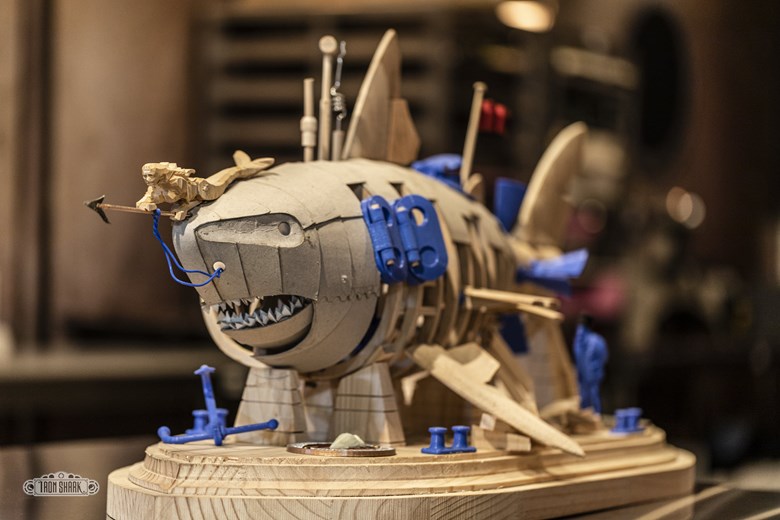 “We see the Iron Shark nearing completion of the slipway of some industrious maritime port with her inner workings exposed like a museum cross-sectional model. Gears, pistons and cams impart propulsion, for a voyage of exploration into the uncharted deep, coil and reciprocate in anticipation of the launch. Only the figures of workers going about their challenging tasks give life to the vast scale of this submarine leviathan.” 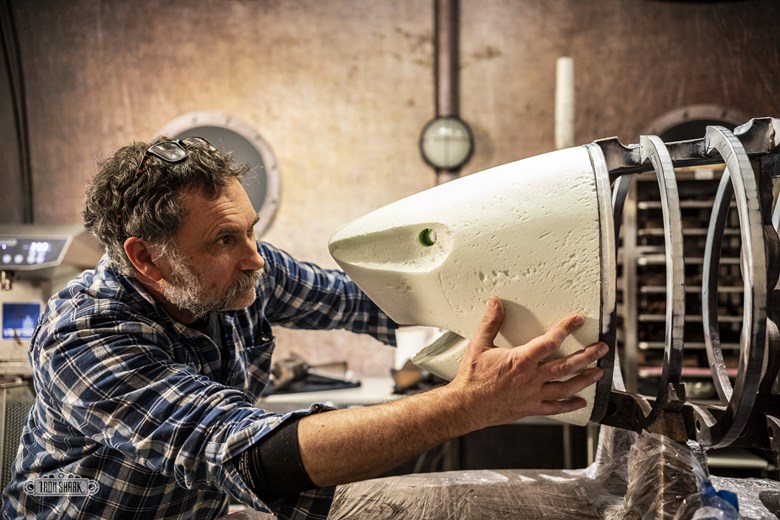 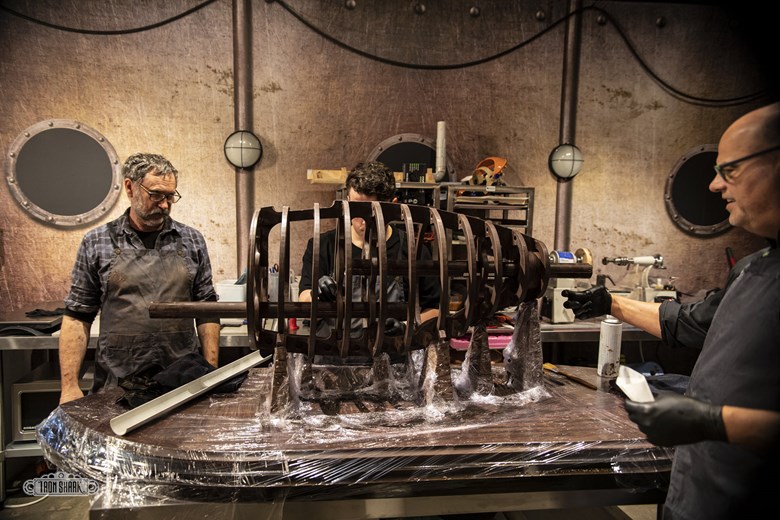 Speaking with Shane at The Creator Incubator he explains a little more about how Iron Shark has come about,

“Dean used to compete in world competition in the Asia Pacific region, Adriano Zumbo was one of his apprentices, and their team qualified to advance to the world cup." 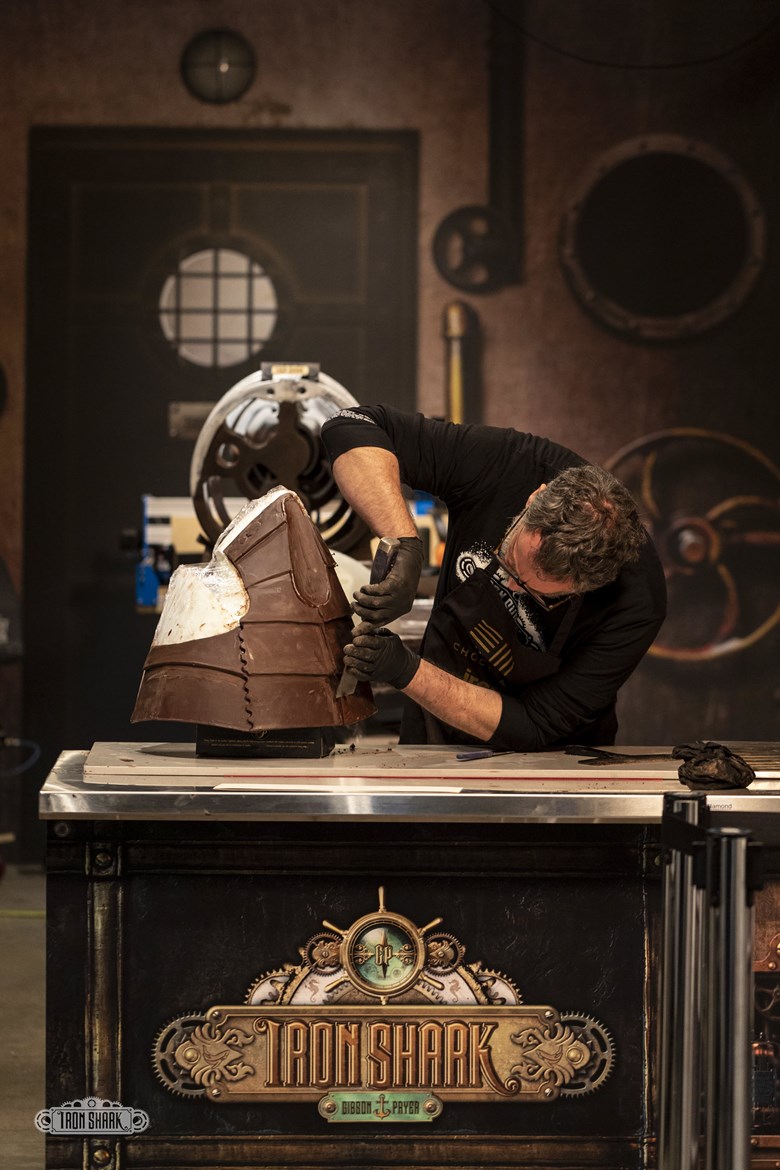 “Dean’s been a part of a team for 10 years or more, training them to get to this level. Overseas these guys are like gods. In France, the Australian Baking team that Dean was a member of, had the president come to meet them, who was in lock down at the time due to terrorism threats, he broke out of lockdown just to meet them, which gives you an indication of how big a deal these competitions and the art form is internationally.” 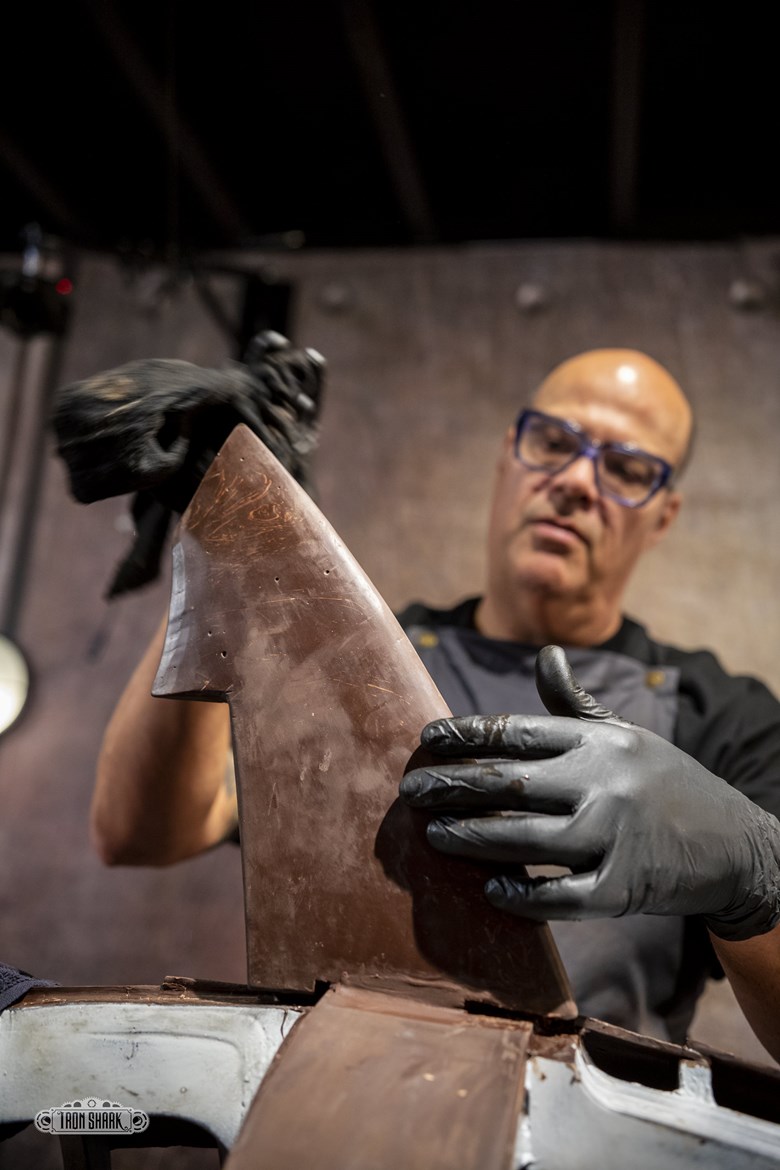 “The exciting part about this project is that we are trying to set a new world record for the most moving pieces of a chocolate sculpture and the largest kinetic chocolate sculpture of an animal, ever created in the world. Every cog, screw, shaft and fin will be engineered from chocolate using chainsaws, lathes, CNC cutter, and other tools treated with food-grade oils.” 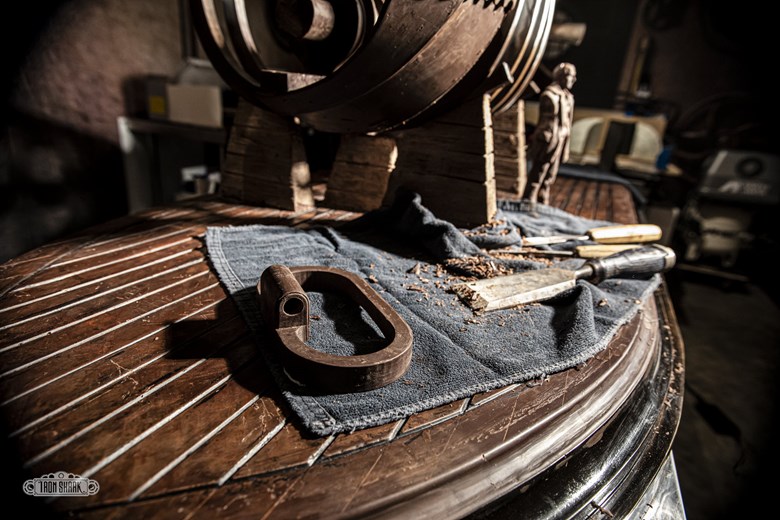 “The team have spent months planning, designing, building 3D models and refining the construction methodology so that the end product comes together seamlessly.”

“It’s a big commitment, we’re talking 6 months of every weekend, and the competition itself goes for 12 hours straight, it’s hardcore.” 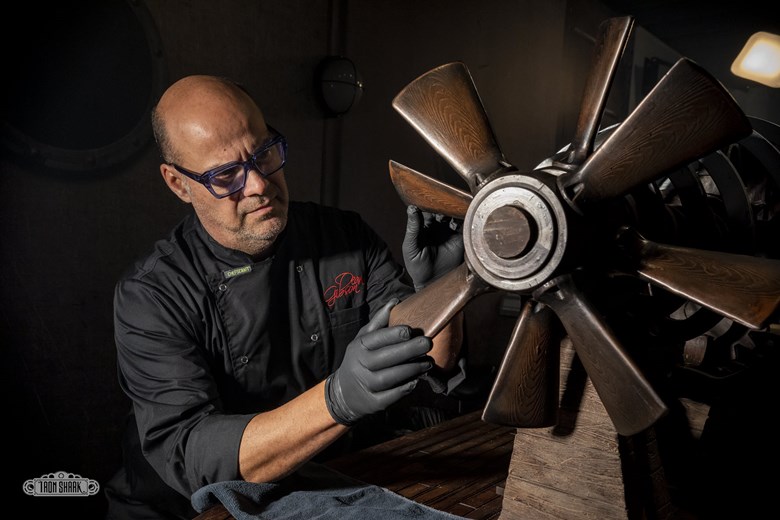 For this project to come to life it’s taken a team of experts and support from some incredible sponsors including; Irca/Dolba the major sponsor and official chocolate sponsor. Other sponsors include Continental Patisserie, Anest Iwata, Inteliprint, Lamond Catering Equipment, Gumnut Patisserie, Fivespice Creative, Barnes, Vanrooy and The Creator Incubator.

The four-week construction of the Iron Shark will be live-streamed throughout July, and The Creator Incubator space open to visitors to watch the progress. Once completed, the giant shark will be presented to the public at the Crowne Plaza Hunter Valley on August 6.

Where: The Creator Incubator, 15A/50 Clyde St, Hamilton North
When: Every Thursday - Saturday in July
Time: 9am - 3pm
Cost: Free to visit
More Info: click here