Jordan has a brand spanking new mural that is injecting a whole lot of life and colour into the sleepy the suburb of Tighes Hill.

If you’ve had the chance to wander around Tighes Hill of late, you might have noticed the recent boom in exciting new spaces popping up. The coffee nook Praise Joe Urban Pantry, retail space, MiiO and even the Between the Lines art gallery; the once sleepy suburb seems to be coming to life.

The most recent element coming to the area, is none other than the large ocean mural taking up real estate, right opposite Praise Joe’s Urban Pantry. Created by Port-Stephens born, Newcastle-based aerosol artist; Jordan Lucky, the mural has injected some much-needed colour and personality into the up and coming suburb. 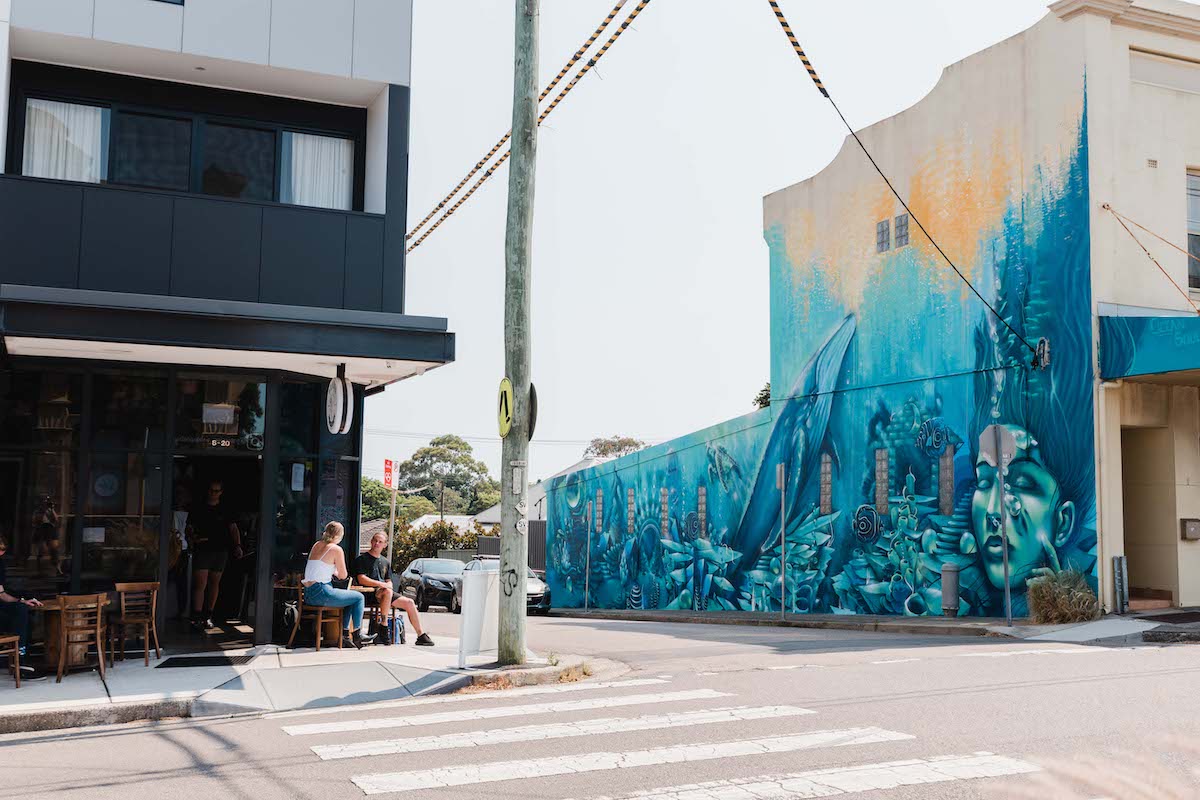 “I had noticed the wall years ago. Someone had just shared a message with me, which was a photo of the wall from the café, saying that we’re looking for an artist, and because I know the wall, I just knew I was there. I got pretty lucky that they were fishing for someone and I think they got the right person,” Jordan said.

Starting out as a community project by the guys behind Praise Joe Urban Pantry, an online poll was created. Encouraging community members to choose their pick amongst three designs; mammals, birds or the ocean. 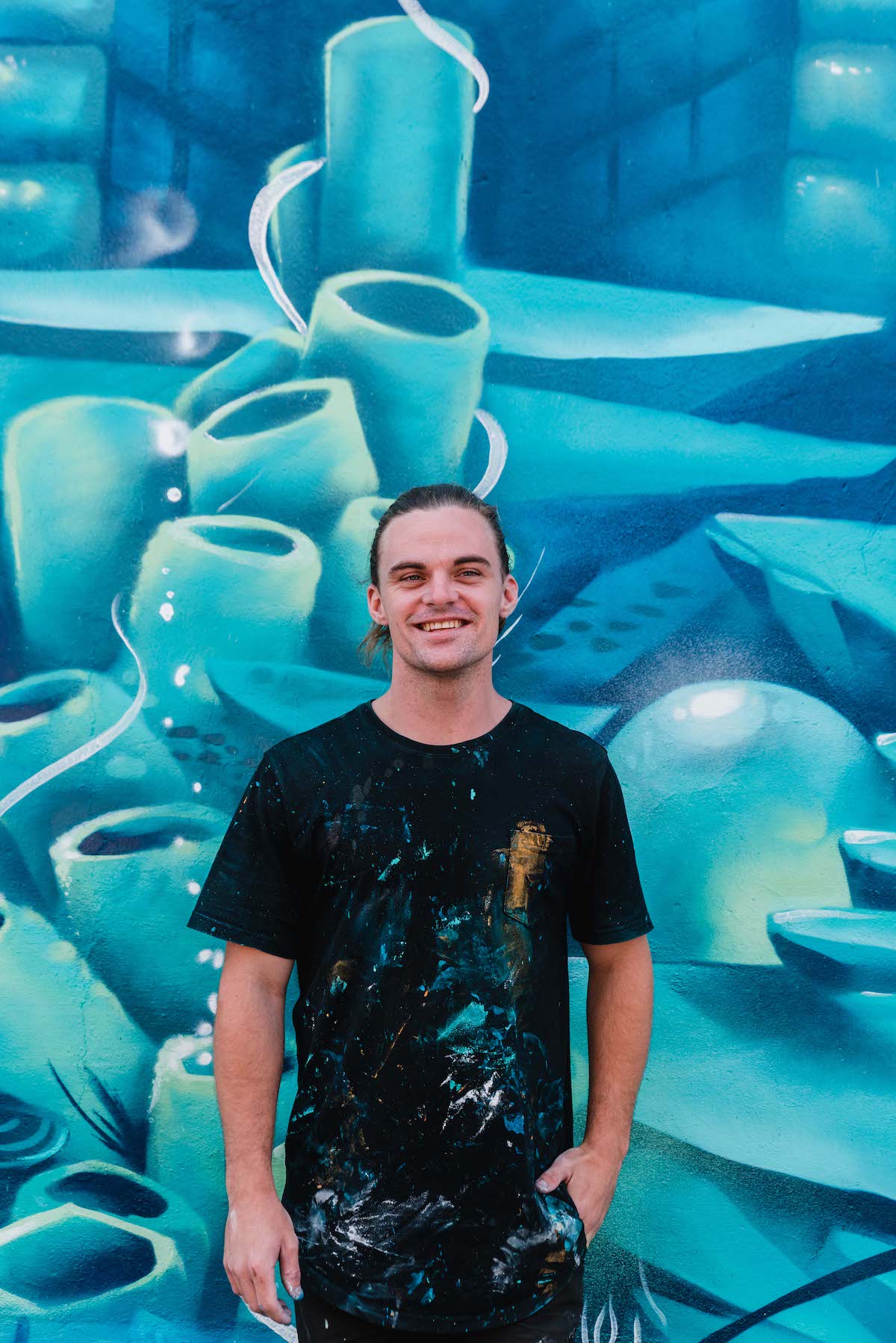 “It was a pretty clear vote for oceans, which was great because my heart was set on doing the ocean already.”

Kicking off works in September 2019, Jordan has put in a whopping 100 hours of work to bring the ocean mural to life, which could have been impossible if it wasn’t for the free-flowing caffeine hits available across the road.

“The thing that makes it such a process, is building from the background. Wanting to do the main items first because you’re excited to do the whale, but they’re actually the last items you work on. The way you build it, and the process doesn’t really allow you to get the overall satisfaction until it really starts to come together towards the end.” 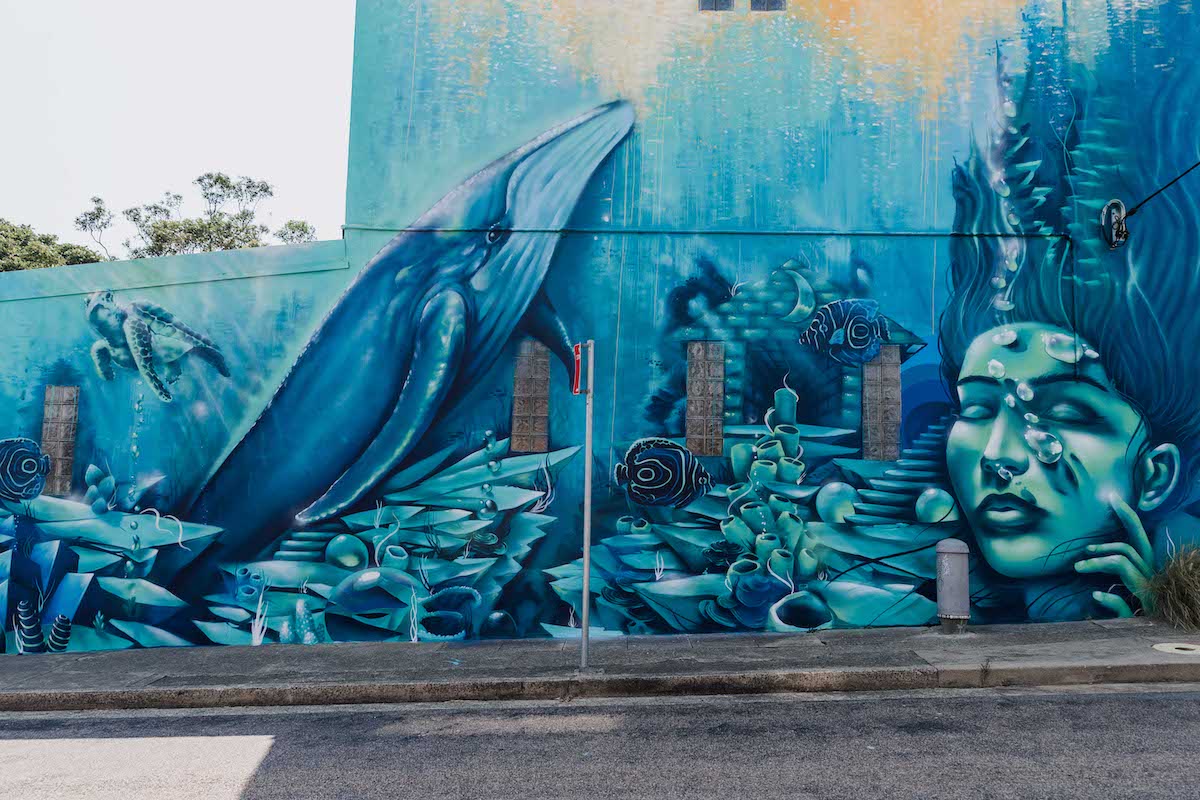 The portrait of the woman right on the edge of the wall, draws the eyes of those driving or walking down Maitland Road, but once you’ve come to check out the entire mural, there’s this whole other world that you would have missed otherwise. The mural is full of enchanting ocean life; from the whale and turtle, to fish, coral and even seaweed. 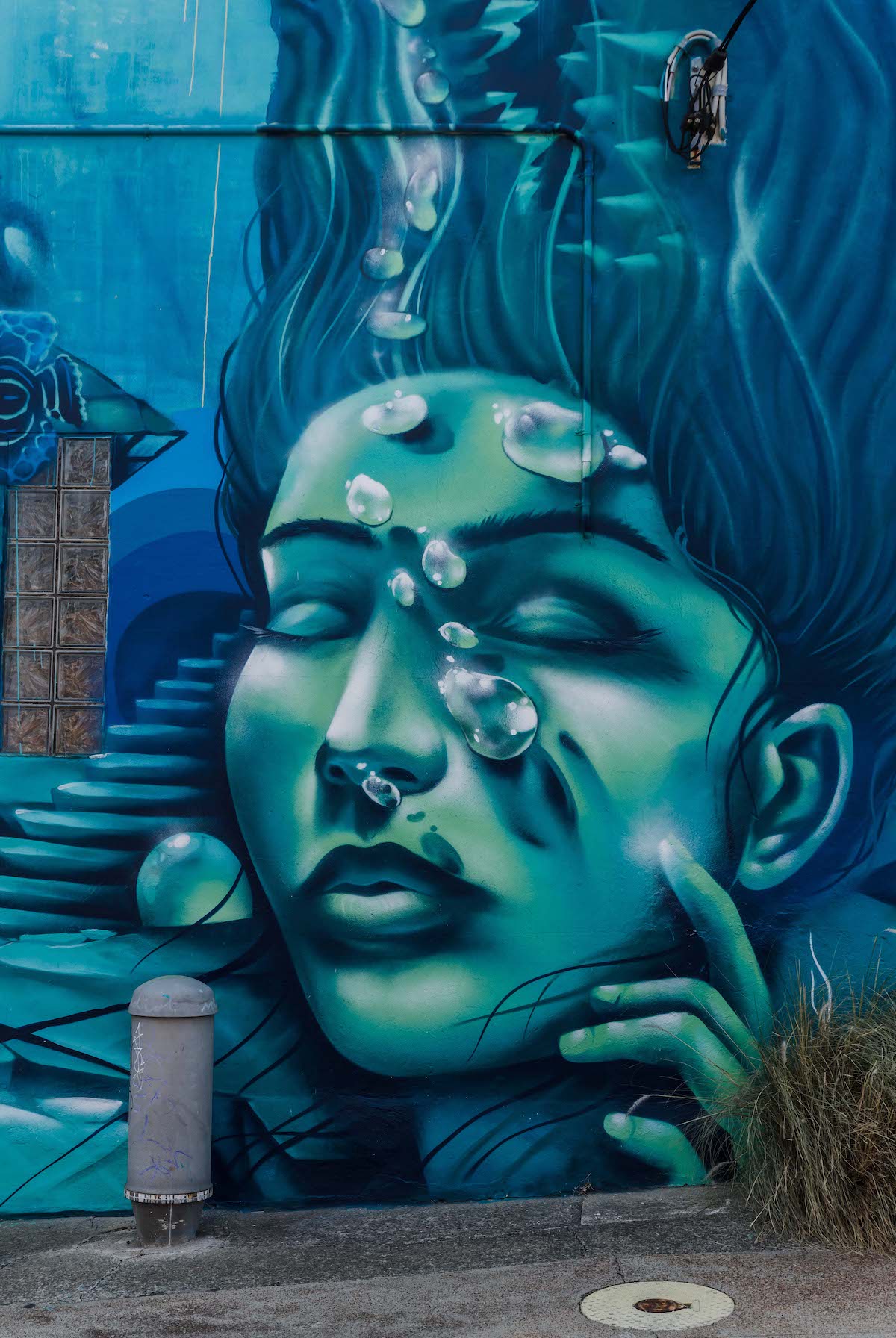 Finishing up work in December 2019, Jordan has had the opportunity to not only step back and enjoy his own work, but he’s also been able to share the finished product with passers-by and café regulars.

“It’s been so amazing. Even regulars from the café who have watched the whole process. I haven’t really had too much of that in my life, where other people have shared in process from start to finish. Usually, it feels like they pop-up overnight, and they don’t usually have that attachment.” 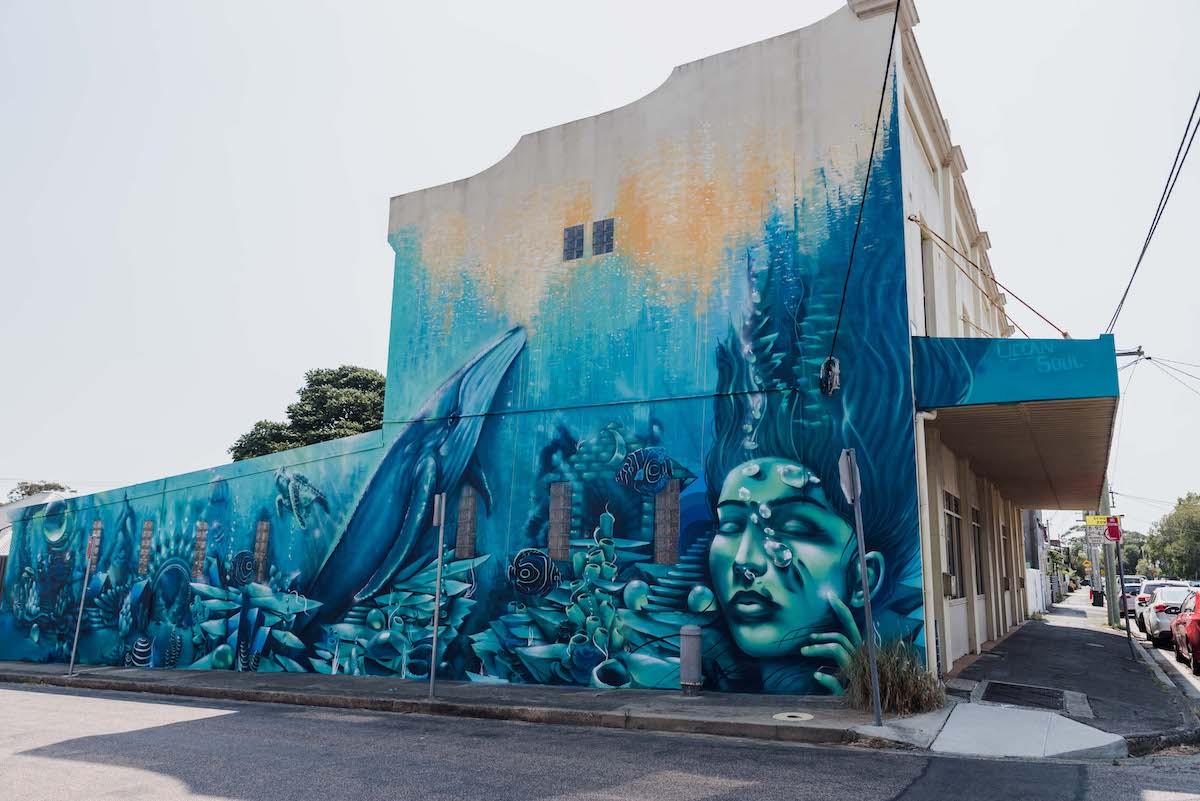 It's been one hell of a project for Jordan to be working on, and for all of us to enjoy, but it wouldn’t have been possible if it wasn’t for the support from local businesses.

“I got some help from the guys at Bristol Paints at Kotara, they supplied the Taubman’s paint. Taubman’s had heard about the project and were really keen to help out, and support art for the general public.” 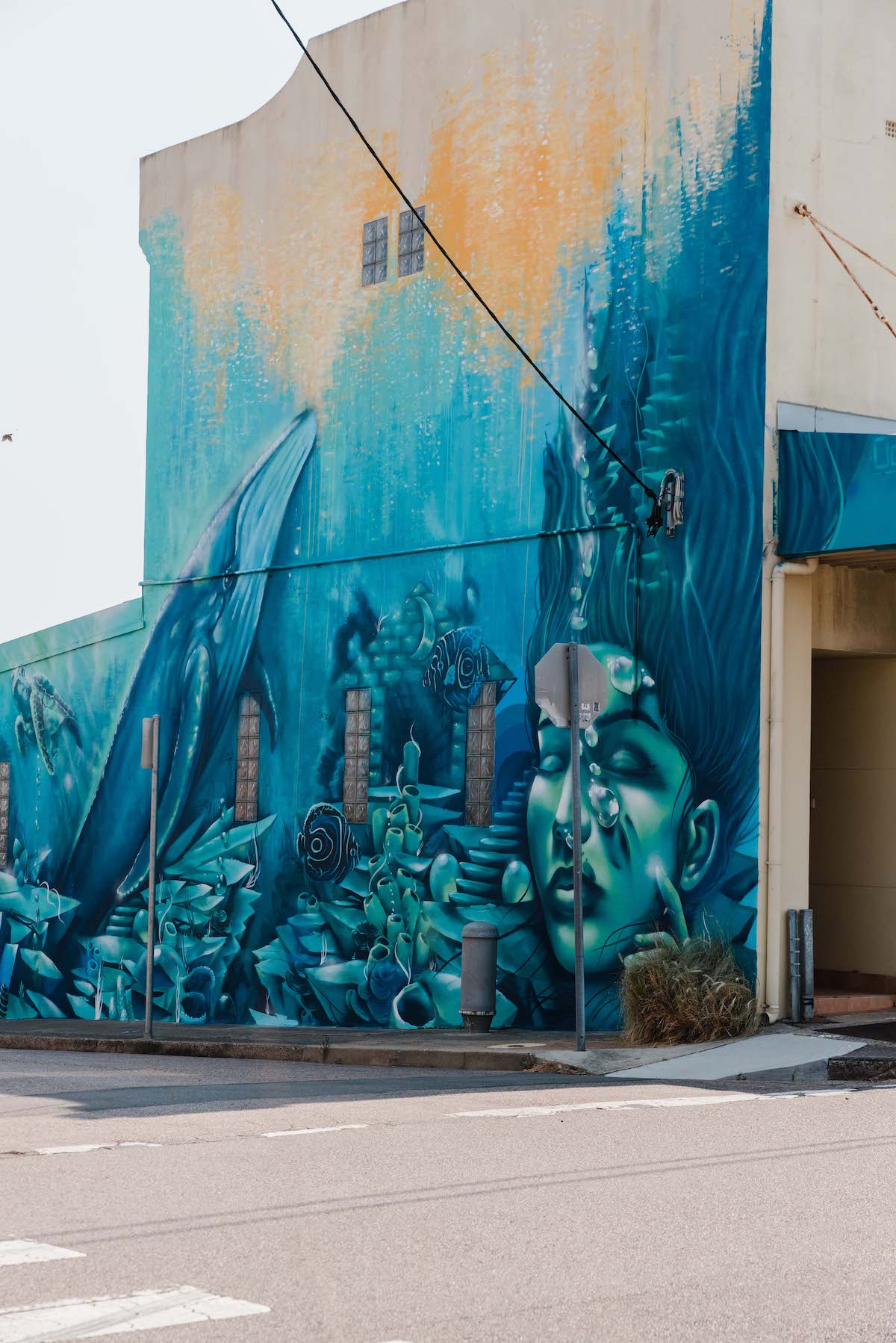 “It was really cool to get that support from the company, and I’ve actually worked as an employee for Wests back in the kitchen, so it’s been really cool to come back and reconnect as an artist. That sort of cemented the idea that I could pursue this career here in Newcastle.” 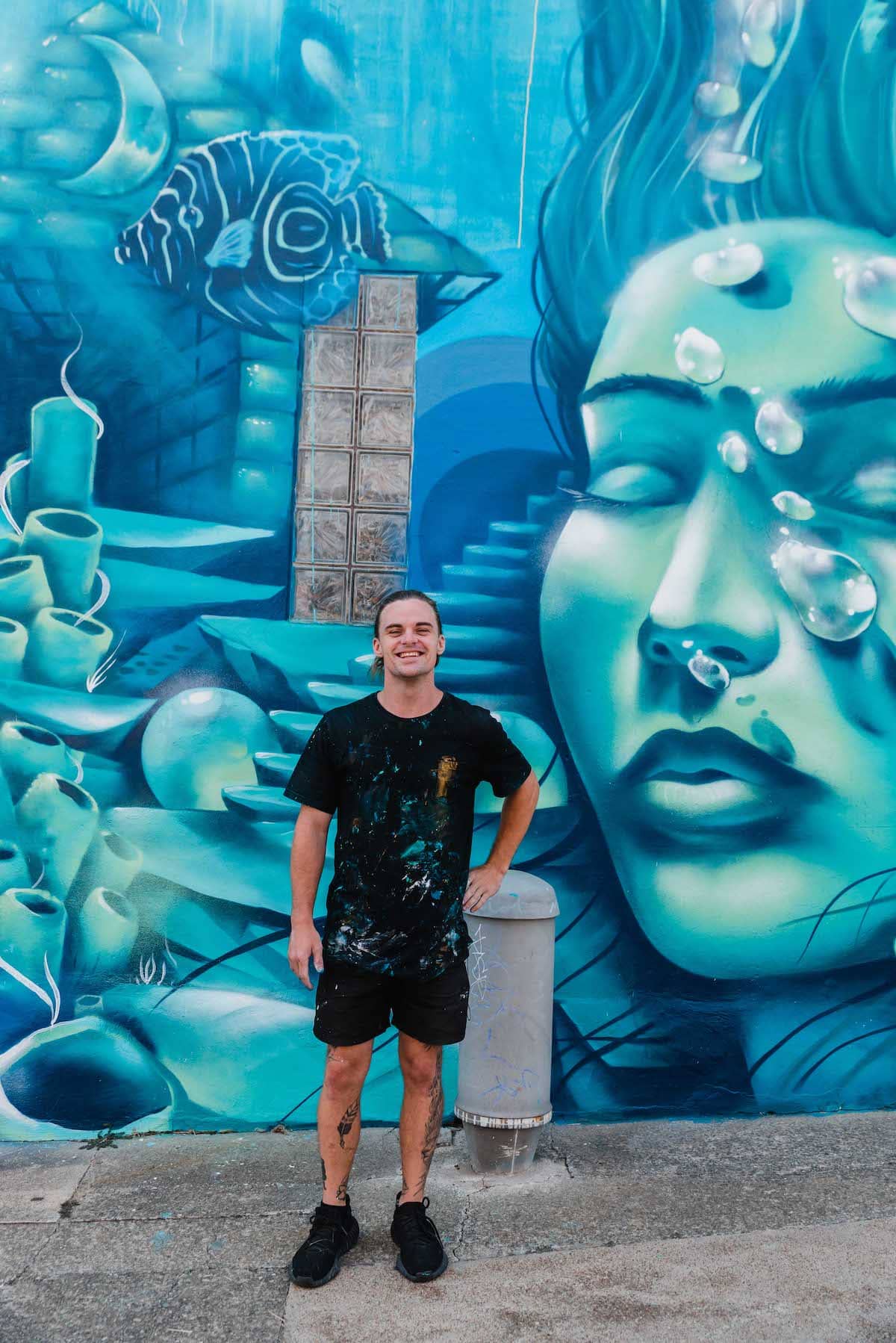 After spending time abroad and interstate working and building on his artform, Jordan is officially calling Newcastle home for the time being with some exciting projects in the works for 2020.