Newcastle born and brewed, NORT is what you need this Dry July

Launched in 2008 the fundraising campaign Dry July has inspired more than 290,000 Aussies to challenge their social drinking habits, and make healthy lifestyle changes during the month of July.

A challenge perhaps in days gone by, today going dry has been made a whole lot easier with the influx of non and low alcoholic beverages entering the market. One brand who is leading the non-alc charge is NORT, who also happens to be conveniently located right here in the Newcastle suburb of Merewether. 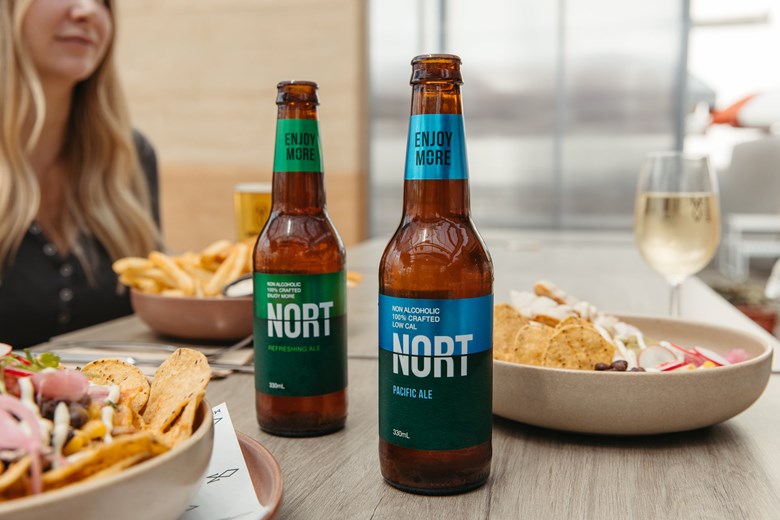 Conceptualised by Jaz Wearin, who is also part owner of Modus Brewing, during the first lockdown in 2020, NORT was developed quickly, launching in September 2020, taking off like a rocket.

Catching up with Jaz at Modus Merewether, Jaz takes us through how NORT came to be, how their taking on some of the biggest brands in the non-alc market and why NORT isn’t going away anytime soon. 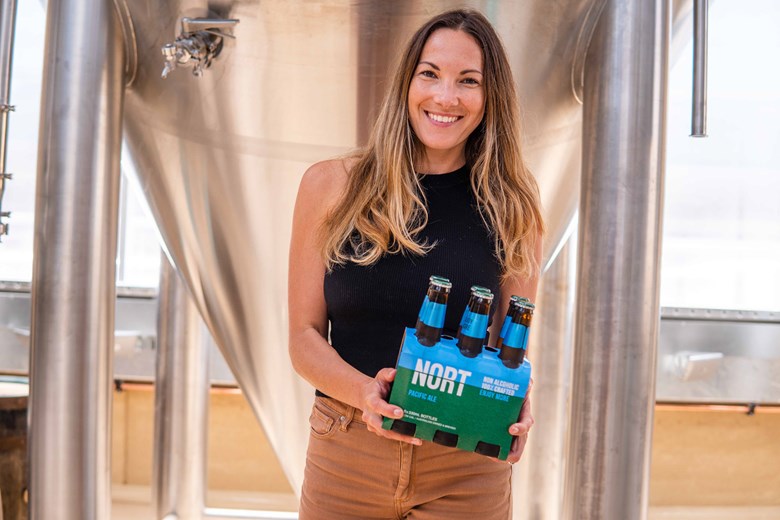 Thanks for meeting with me Jaz. Firstly does Modus Merewether have any plans to celebrate the month-long non-drinking time of year?

We have a lot planned to ensure everyone that may be doing the dry month, feels included and celebrated. Apart from the non-alc fulsome menu options, we also have a 'Win the Ultimate Non-Alc Pack' giveaway which includes the full range of the non-alc spirits, wines and beers (with glassware) so you can enjoy at home.

We want people to know we’re here for everyone's needs, whether that be you’re going completely sober or taking the moderation route. What we don't want people to do is stay at home thinking they can't come out and socialise with their mates. Where is the fun in that?

Aside from this dry month, the non-alc/moderation movement is here to stay so it's important there are a variety of options to keep people engaged and included. The good news is that gone are the days of having only to rely on water and sugary soft drinks (NORT is 99% sugar free). The possibilities are endless. 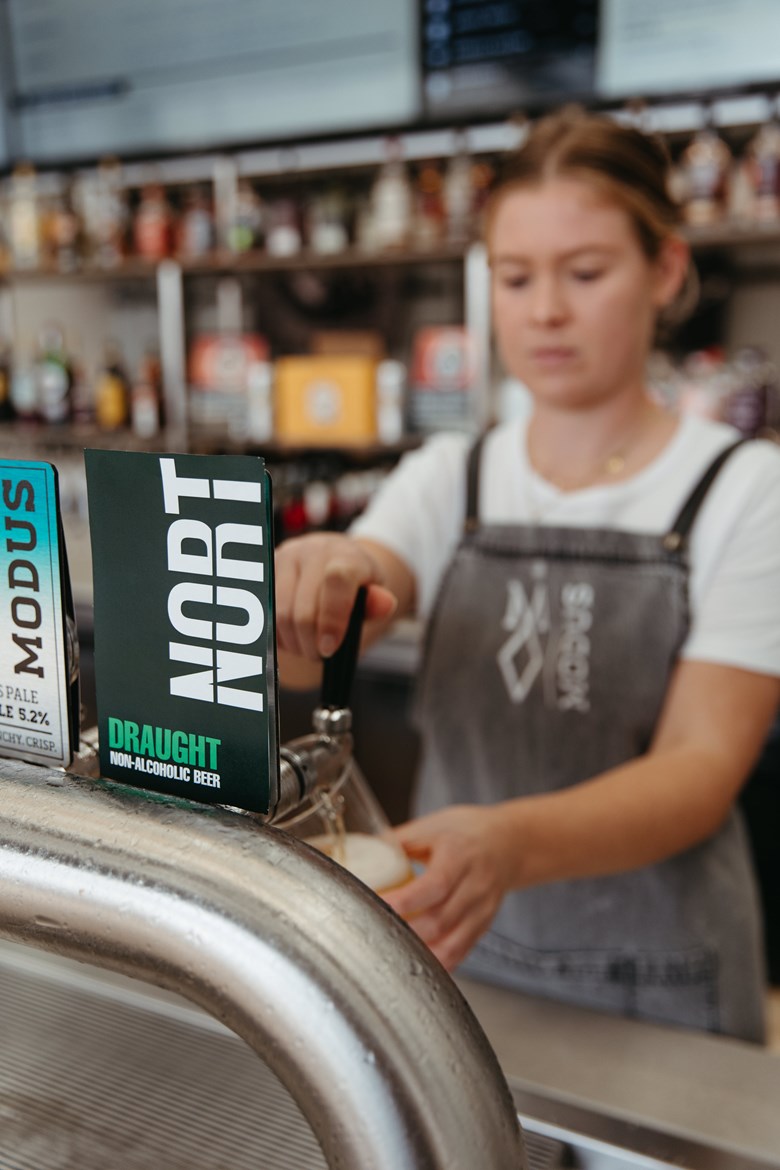 The no and low alcohol drinks category has grown significantly in recent years, (currently valued at $141.2M with 66% growth expected*) do you see this trend reflected in the Newcastle/Hunter market?

Interestingly it is. Four of the top 10 best selling Dan Murphy stores around the country are situated in the Hunter. To determine what’s driving this we have done quite a lot of research, and we believe one of the reasons is its locals knowing this is a Newy brand and love supporting local (thank you).

We also attribute it to the region's strong surfing, footy, mountain bike and fitness community who are looking to be social but stay healthy. It’s also become a good option for designated drivers whether they’re driving friends around locally or up and back from the Hunter Valley.

We have also observed through Modus Merewether that customers will enjoy a schooner of Modus beer, followed by a NORT. They may repeat this throughout the evening which means their overall alcohol consumption has halved but they have been drinking beer all night.

NORT was launched in September 2020, how has it been received so far?

Humbly, it has blown our expectations. Sales have grown by 11 times since last year and we are now ranged in every major retailer across the country. Post pandemic we’ve noticed people are really engaged with Aussie made and owned so we’re proud to be up there alongside some of the multinational products. 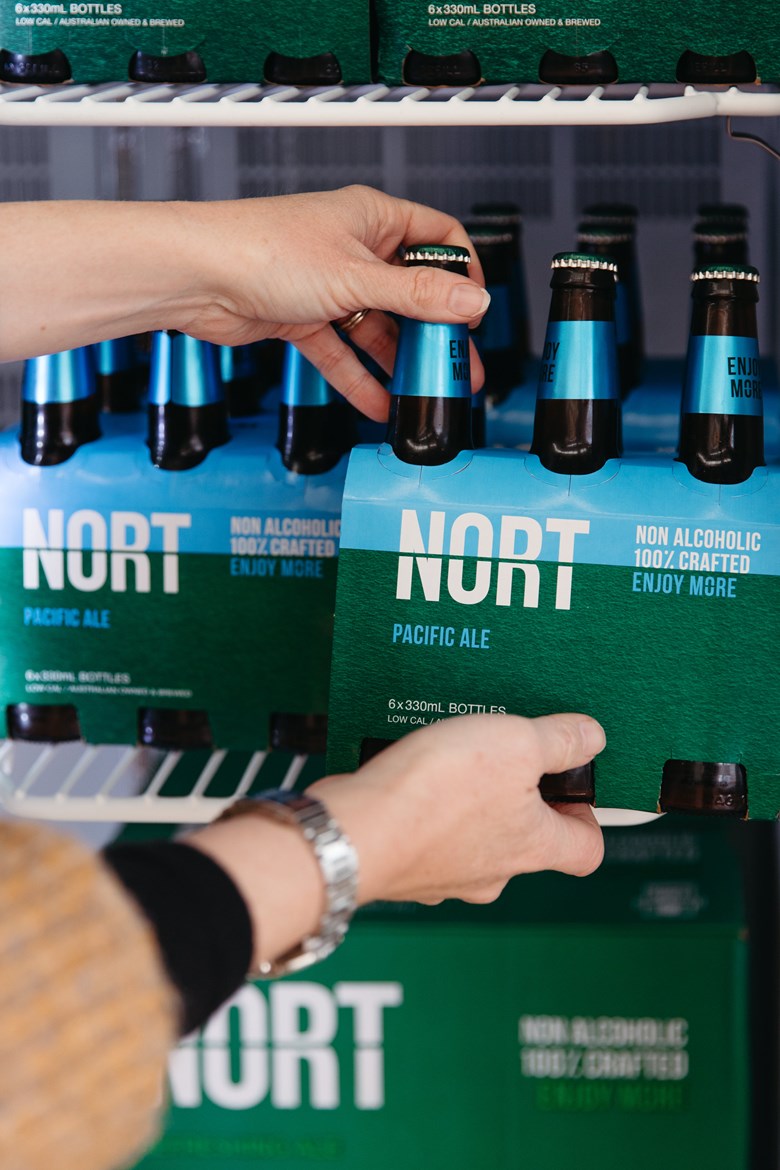 Did you expect this level of interest in a non-alc beer?

No! I have wanted to create a non-alc beer for sometime, especially after being pregnant. All I craved was beer and at that time the zero beers did not scratch my thirst. It was during lockdown where I noticed people were drinking more than usual due to the uncertainties that lay ahead, homeschooling children and having to work from home and I knew it was a good time to bring it to reality. From something that started as a small side project, it's now our highest volume beer.

What do you think has driven this change in drinking behaviour, and interest for non-alcohol beverages?

I attribute it to two years of lockdown and the continuing interest in health and wellbeing, however there are a number of other factors, one being a younger generation who isn't consuming the same level of alcohol as previous generations.

There is a lot going on in the world, giving up or moderating alcohol is something you can control, no one can take that away from you and can make a big difference in your immediate world.

In saying this, I firmly believe Covid is what kickstarted the thirst for non-alc options and the idea for NORT came out of my own experience of being a beer lover and wanting to be able to enjoy a quality non-alc beer that tasted like the real thing and still be able to hit the next day head on without the fuzz. 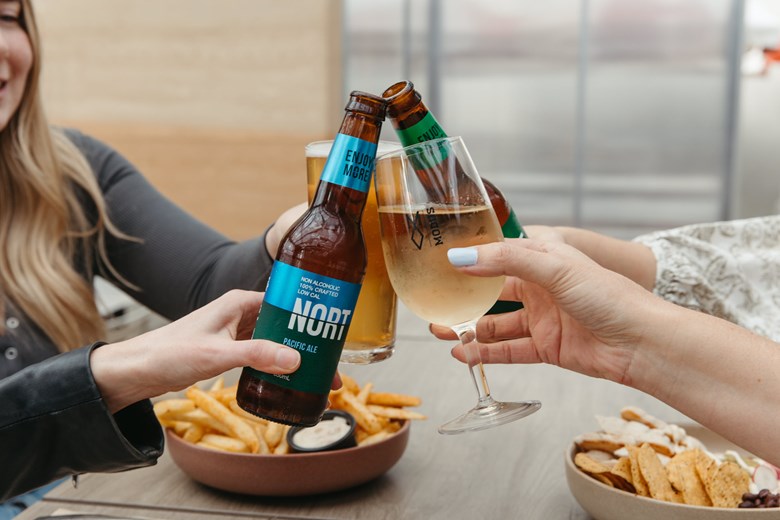 Have you noticed NORT being popular amongst a certain type of person?

What has surprised me is how varied the NORT drinker is. From the younger generation who are drinking less than the previous generations and for the 20-30's age group it’s more about wanting to focus on their mental and physical wellbeing and fitness.

We’ve also identified it’s popular amongst professionals from tradies to the boardroom who are needing to back it up the next day or have a long commute home - I remember working in the corporate world and having boozy lunches, which were fun, but resulted in unproductive afternoons and then the catch-up the next day meant it was a very long day.

It also crosses over to pregnant ladies and the 40 - 60 year olds where a 1 day hangover extends into two or more days. Then there are those who have been advised not to drink alcohol or cut back for health reasons, NORT has allowed them to still feel they can be social.

It’s varied, but what we are mostly seeing is moderation over complete abstinence. 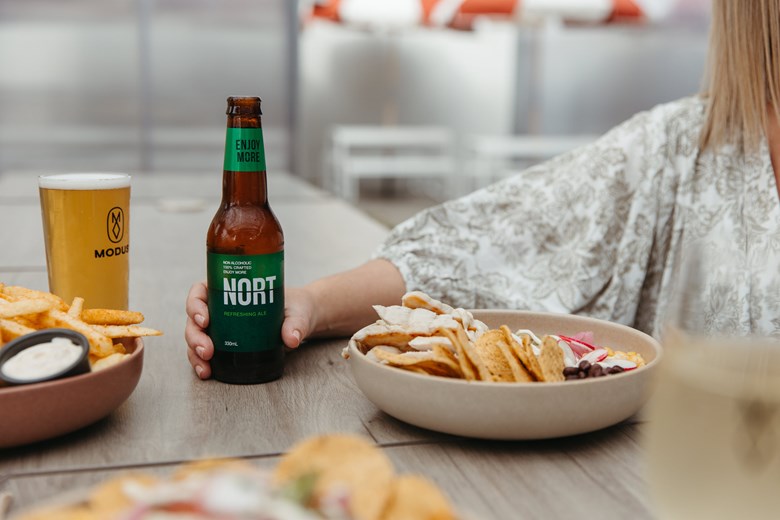 Do you expect the non-alcohol market to continue to grow?

When you see the big multinational brands [Great Northern, XXXX ect] join the movement, you know it's a market that isn't slowing down any time soon.

Beer is the biggest volume mover in the non-alc category (over wine and spirits). The difference in beer is that most of the multinational companies produce zero beers which is a mechanical process that boils off the alcohol with the aroma and flavor added artificially at the end.

Non-alcoholic, which is what NORT is, is brewed exactly like every other beer we produce at Modus. It is the yeast that removes the alcohol which means all the authentic flavour, mouthful and aroma is sustained PLUS because of no further additions, it makes NORT the lowest calorie beer in the country.

Do you think attitudes to non-alc products have changed in anyway?

Definitely. There seems to be a lot less judgment around drinking non-alc beverages which is great to see. People have experienced freedom with moderation - as we like to call it - a NORT Chaser - and I can't see that changing.

In addition to NORT, Modus has launch a new non-alc menu, what does this range of drinks include?

Yes! We have always had a pretty fulsome non-alc menu due to us being very closely part of the non-alc world, but we have some killers on the upcoming menu which consist of; Non-Gin Fizz, Amaretti Sour, Italian Spritz - using Lyres non-alc spirits, plus PLUS MINUS pinot gris, shiraz and blanc de blanc.

There are of course the NORT range of beers which includes a refreshing Ale, Pacific Ale, XPA and IPA. We’ve got all tastes well and truly covered. 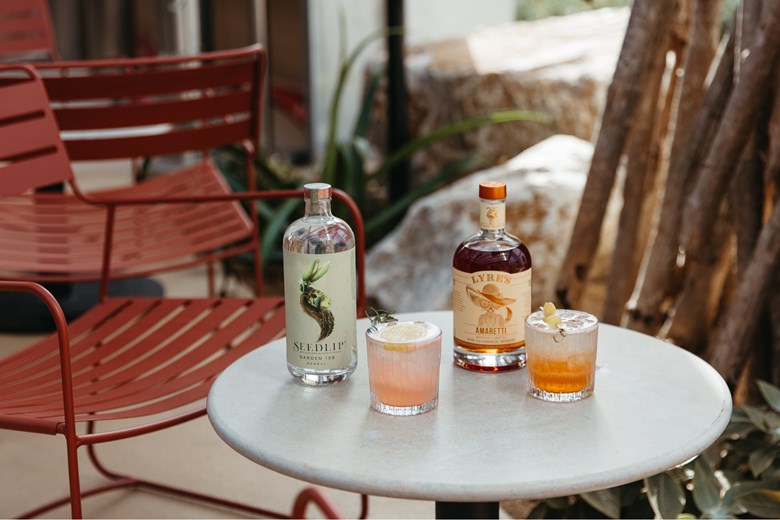 NORT is the official beer sponsor of the Gold Coast Marathon (2/3 July) which is a big deal, how did this come about and what is involved with the sponsorship?

Yes, and it also happens to be on the first weekend of Dry July!

Fitness and wellbeing is something we know NORT drinkers resonate with, and with the Gold Coast Marathon being one of the best marathons in Australia, we were very excited to sign a three year sponsorship with them.

NORT is actually considered a recovery beer due to its hydration and refuelling capabilities and we’ll be handing out free cans of NORT to racegoers when they cross the finish line, which they will absolutely deserve after months of training for the big race.

Support local and Aussie made where you can!

If you're thinking about going dry in July head to Dry July for all the details, or if you're wanting to get their hands on a few cartons of NORT to help kick start their Dry July campaign click here.