If you're up for some serious #careerenvy continue reading...

Jacob Cass has pretty much scaled the highest of mountains when it comes to his working life. We caught up with Jacob to chat about New York agency life and how he works & travels the globe.

Graduating from the University of Newcastle in 2007 with a Bachelor of Visual Communication (Graphic Design Major) Jacob was invited by New York agency Carrot Creative to move to the Big Apple and kick-start his career in the most awesome of ways. Seven years later Jacob has notched up a spectacular resume and created the ultimate work-life balance.

We caught up with Jacob on one extremely hot December day at the end of 2017 to find out just how one gets asked to live and work in New York, and about some of his career highlights.

How did your career in design start?

In high school, I opened my business as JackCass Productions, which I soon found out was a terrible name, so I changed it to Just Creative. This is where it all started. I was learning design in High School and then I moved to University to study further. I’ve always loved design.

Uni provided me with the principles to build upon but I’ve also learnt a lot myself, and on the job, digital moves so quickly that it’s difficult to keep up. Now I specialise in branding, logo design and interactive design.

How did a Creative Agency in New York find you, all the way back in 2007?

I grew up in Sydney and moved to Newcastle to study at the uni, I was two and half years through a three-year course when I was offered the job in New York. At the time I didn’t have a job, I had no experience and I told them I had to finish my studies before I moved which they accepted and then as soon as I graduated I moved over.

They found me through my blog, Just Creative, which I am still writing now, and I was also active on social media and gaining traction at that time, which was early days for social media back then. The agency was focusing on social media and digital at the time and I guess I came up on their radar.

When you say Social Media what platforms are we talking given this was in 2007?

Facebook, Twitter and blogging, they were the mains ones, Twitter was just starting up. It was mainly the blogging aspect. The digital landscape is quite different now, there’s a lot more competition, back then they were smaller communities, a lot of people knew each other so you networked much closer which made things a little easier.

How did you come to be so switched on to Social Media so early on?

For me it started as a way of recording my design studies at uni, on my blog, it was just a personal project at the time. When I learnt more about blogging I also learnt more about social media and how you could use it as a tool to promote yourself, as well as collaborate and discuss with other people.

How long were you in New York for?

I was in New York for 5 years, my wife and I left in April 2015 and have been travelling ever since. We’ve only just returned to Australia but do plan to travel more.

What did your first job involve?

When I moved to New York my first job was at a digital design agency where I was worked as an interactive designer. This gave me access to big clients, so one of my first jobs was working for Disney which was really awesome, then we did some work for Nike, and this was straight out of uni, I couldn’t believe it. I then moved onto another company.

There I worked for clients like Powerade, Nintendo and Jerry Seinfeld which just catapulted my career. I stayed at that agency for four years and it was a really interesting environment to work in as I had the opportunity to work for some big brands which then involved working with teams of people such as; creative directors, art directors, interactive managers, developers, interns even and you’re all collaborating together. Very different to what I do now which is working with small to medium businesses and start-ups all around the world. 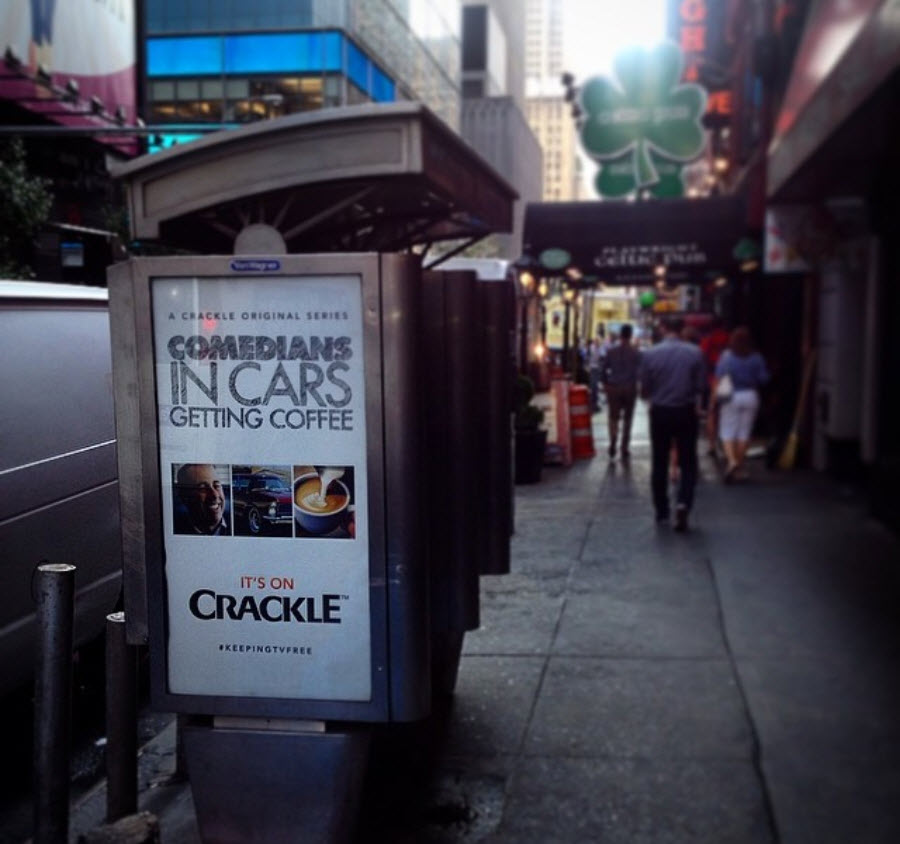 What were your highlights of working in New York?

Working with Jerry Seinfeld was definitely a highlight, I actually worked with him directly as he liked being very hands on. That was a big highlight and seeing my work at the Super Bowl was really cool, on the big screen and during the ad breaks. Another highlight was working with Nintendo. They had so many different games and styles so I had the opportunity to be more artistic and creative with my work.

Where do you call home at the moment?

So we have a few places we call home, at the moment we’re living at in Sydney, as well as wherever we choose to travel to. We are looking for a place to live in Sydney, but we’re not ready to commit right now. We still want to travel and as my work allows us this flexibility, we want to utilise it for as long as we can, before kids.

So you can literally work from anywhere?

Absolutely that’s what I've been doing for the last two years, my wife and I have travelled to over eighty countries, and apart from a couple of countries that have slow internet I've been able to work from anywhere. Even Africa, which in some areas has faster internet than in Australia.

You’ve worked all over the world, where do you consider the most creative cities to be?

New York is definitely number one, I might be a bit biased though as I lived there for so long, I also consider Barcelona and Berlin to be very creative. London a little bit but I haven’t spent as much time there as I would have liked to have. Those are the ones that really stood out to me.

What is it about those cities that make them creative?

I think it’s their open-mindedness, the scene in general and their acceptance. They’re all quite different cities so I am not sure if there is a pattern but generally speaking they all have creative hubs and I would say it’s definitely ingrained in the culture.

What do you think of Newcastle’s creative scene?

I think Newcastle is definitely creative in terms of the art scene, I haven’t lived here for ten years so I am not completely across it, but I think the Master in Creative Industries degree is a great step to take in encouraging that scene even further.

The course itself is broad in scope so you can get a touch of everything and then hone in on what it is you love. You don’t always know what you want to do. When I first went to uni I didn’t know I wanted be working in Interactive or Web Design, that wasn’t even a part of the course at the time. I learnt early on that I disliked illustration, instead, digital design and typography were what I was drawn to, so I went in that direction and I am still doing that today.

How do you stay across all the changes that are happening in the digital world?

I am always reading online, there are so many articles and resources, there’s actually too much, there's so much noise these days. The thing is you need to specialise in something, otherwise if you do everything you’ll never excel at it. I see it every day, people trying to do too many things and they get overworked. I personally focus on branding and logos. That’s my niche.

How important would you say branding is?

There are two sides to the sword here, businesses can be successful without "good branding" especially if they have a good product. However, I would say that branding is quite crucial because even if you don’t have a brand per se or set out to create one, your customers are going to make one for you. They’ll have their own image in their mind and will form an opinion based on your service and products. So why not make one for them and have a strategy behind it?

Even for small business?

I think at the start it’s crucial, your identity is everything and you want to be perceived with a certain goal in mind. If you don’t establish yourself from the beginning and have a consistent brand identity such as a logo, colours, fonts and a general style then your brand is going to be all over the place.

What are you currently working on?

I am actually working with a yarn shop, knitting that is, in the US which I’ve had a lot of fun with, lots of puns. I am also working with a brand called Walabot. They have this cool device that allows you to see through walls, basically you attach this device to your Smartphone and scan your wall. It can pick up wires, rodents and more, so you don’t drill into the wrong spot. Not quite x-ray vision [laughs].

And most importantly where are you travelling to next?

We’re actually going to be spending some time in Australia, we’re going up to Bryon Bay then off to Adelaide, then Melbourne, Tassie, Perth and then back home. We are also planning our winter holiday which might be Canada or Central America, not sure yet still deciding. Tough decisions!