Alright kids, has anyone been craving someone to bring back the life of their childhood memories? Does anyone miss VHS tapes? What about playing Mario Kart on the Nintendo 64? Do the old hip-hop tunes bring back some good memories? 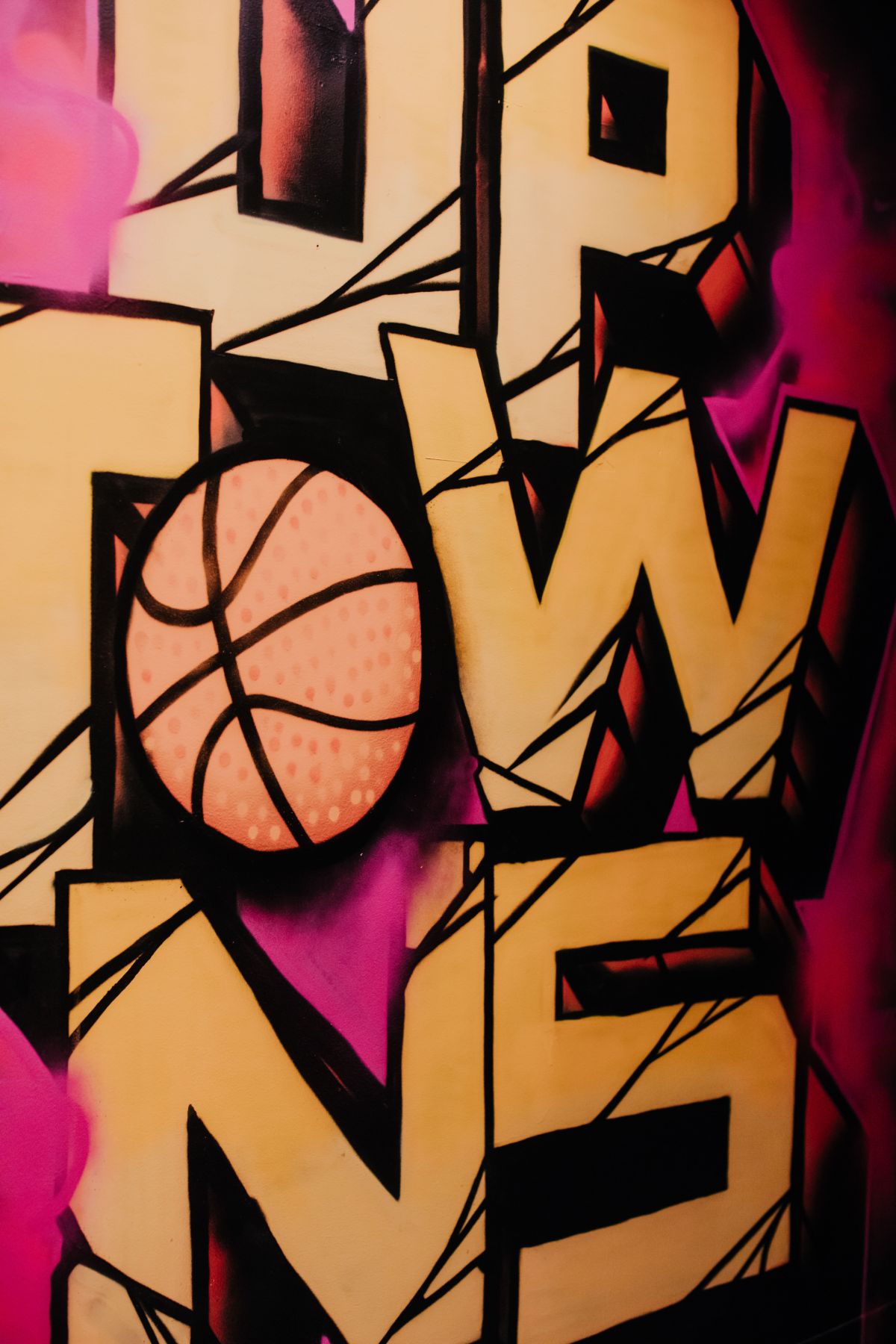 Well, we’ve got news for you. A new 80s/90s culture has popped up in town in the form of Newcastle’s newest bar spot; Uptowns. Brought to you by two local larrikins; Jerome O’Connor and  Sam Earp, Uptowns encapsulates everything that the boys love. 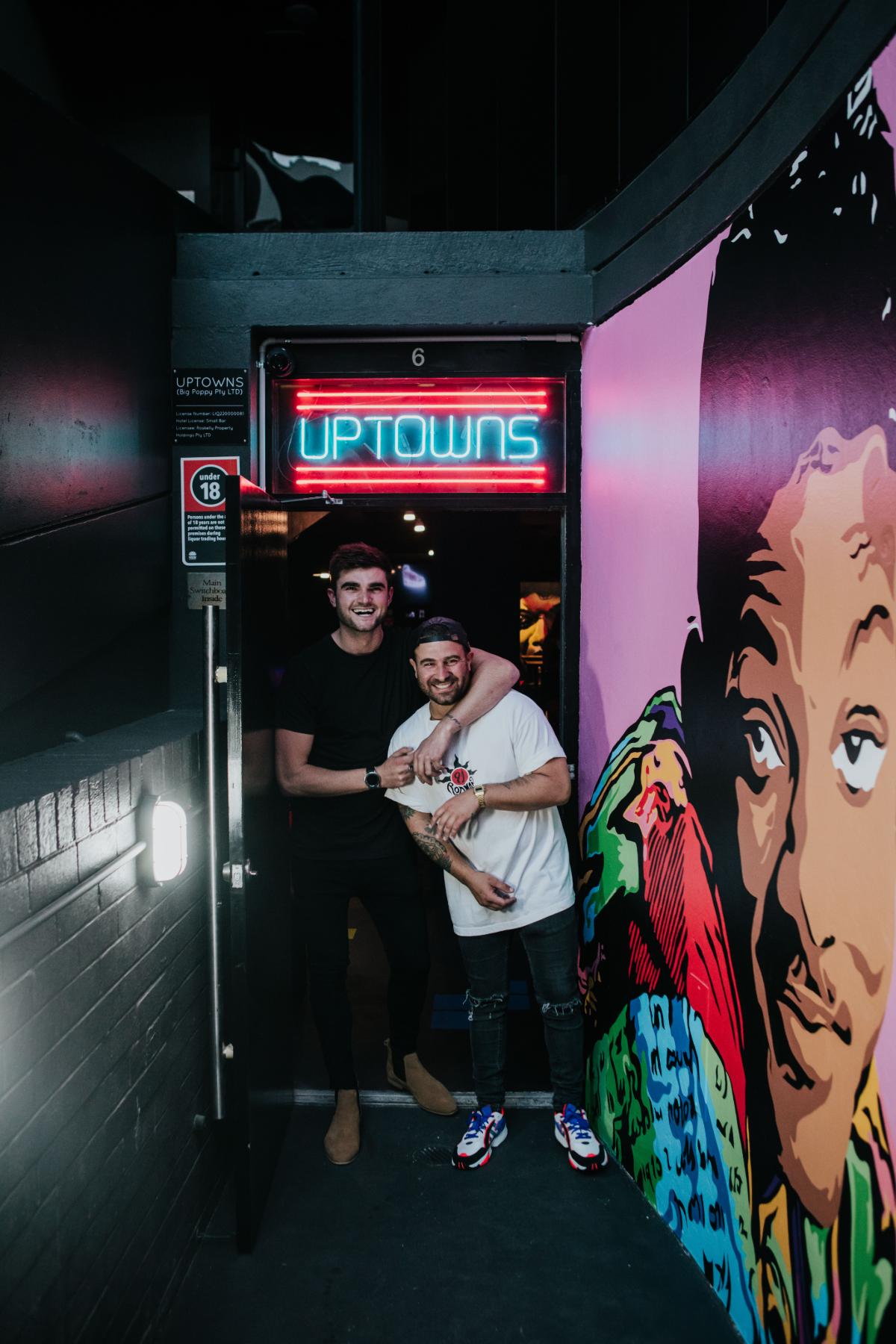 “It’s probably been about 6 months of hard labour and ideas, but in the mind for a couple of years. Sam and I use to work together out the front of Argyle House and have been around this industry for ages and I’d always thought about how good it would be,” Jerome said. 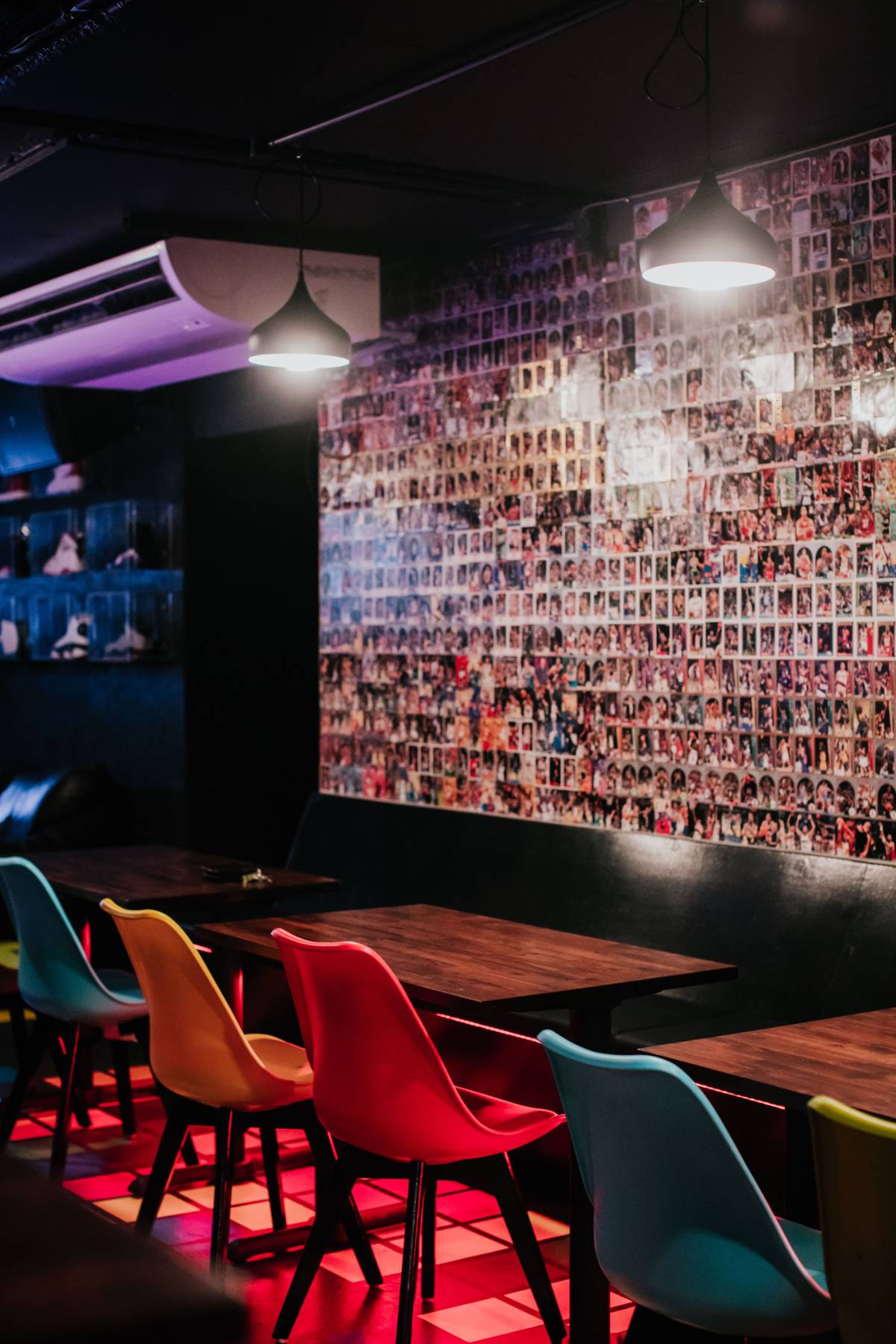 With both the boys having experience in the industry, it’s no surprise to hear that Jerome has had a bit of a dream of opening up a bar of his own. Jerome was on the way to checking out this particular space one day, when he reached out to Sam and coaxed him along to come along to the viewing.

“He literally called me on the way to viewing the space and I had no idea what to expect,” Sam said.

“We had both talked about opening a bar, but when the space was offered, we were like, hang on a second; this could be a real thing,” Jerome explained. 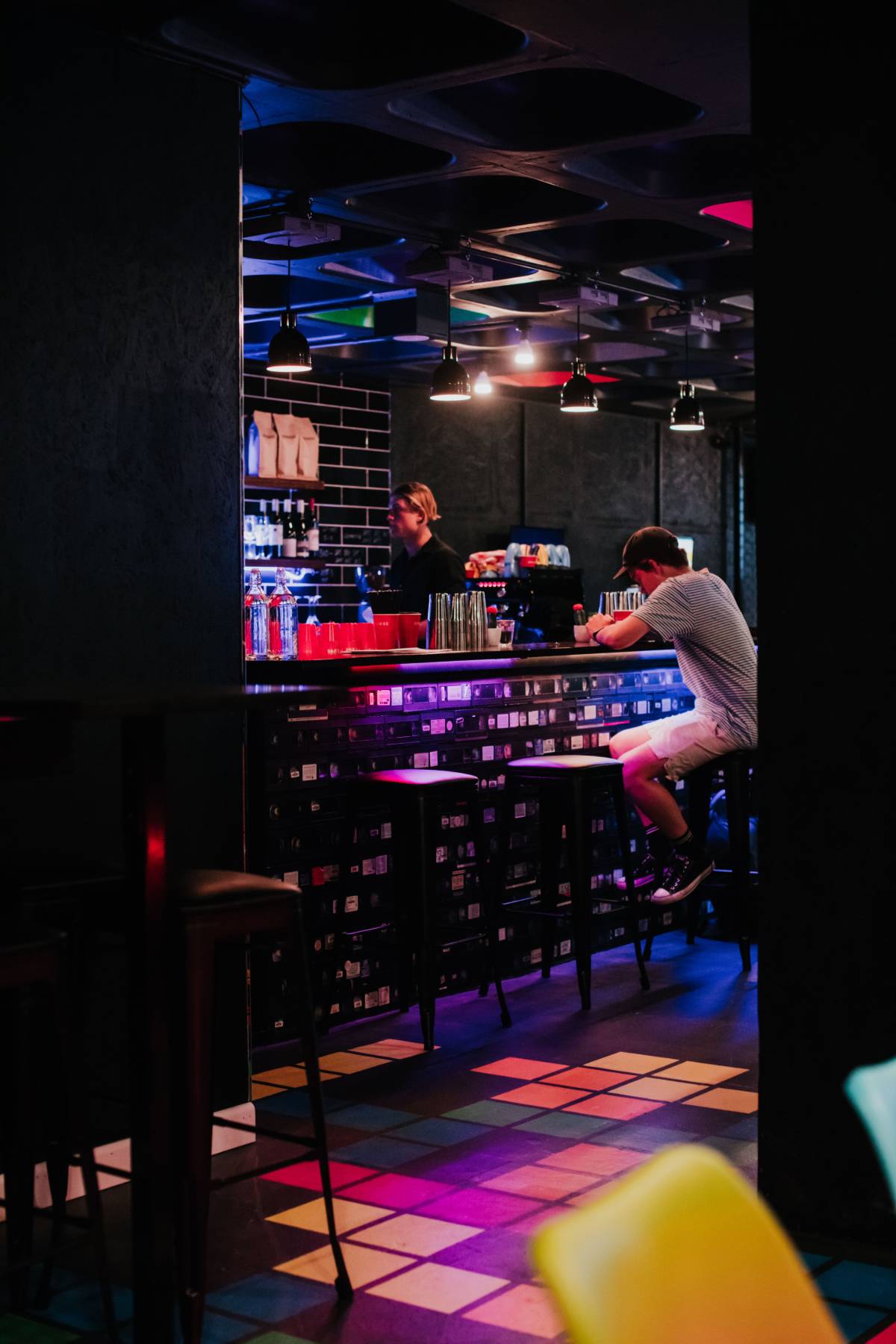 The space itself is a curation of all the best things you can remember of the 80s and 90s; NBA, sneakers, video games and hip-hop. Which just so happens to be Jerome’s all-time favourite decades (which is a thing, ok). 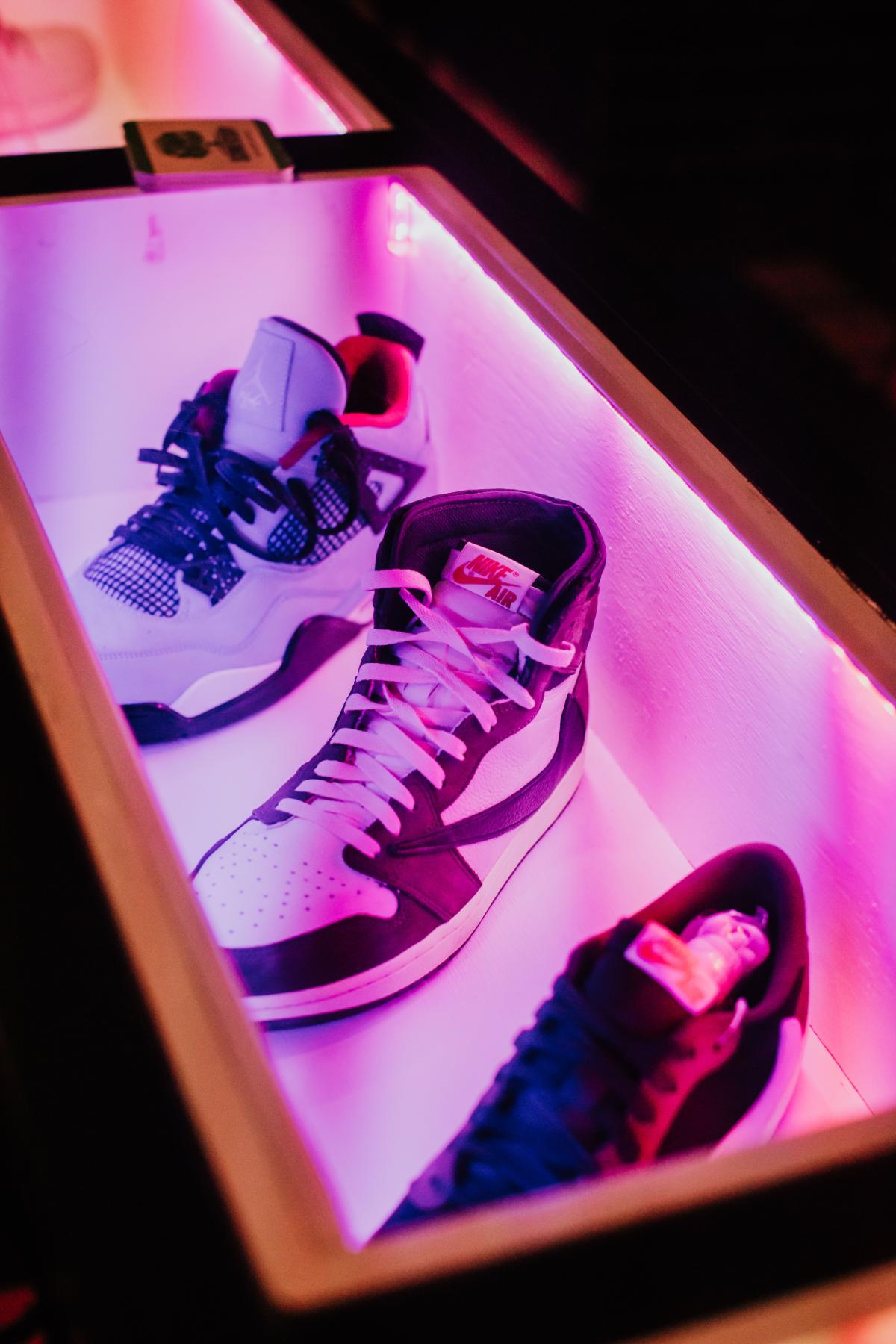 “I wanted to capture everything that was cool growing up in the 80s/90s. Everything that people are finding cool now. We’re not pigeonholing ourselves to just basketballers; it’s music, basketball, games,” Jerome said. 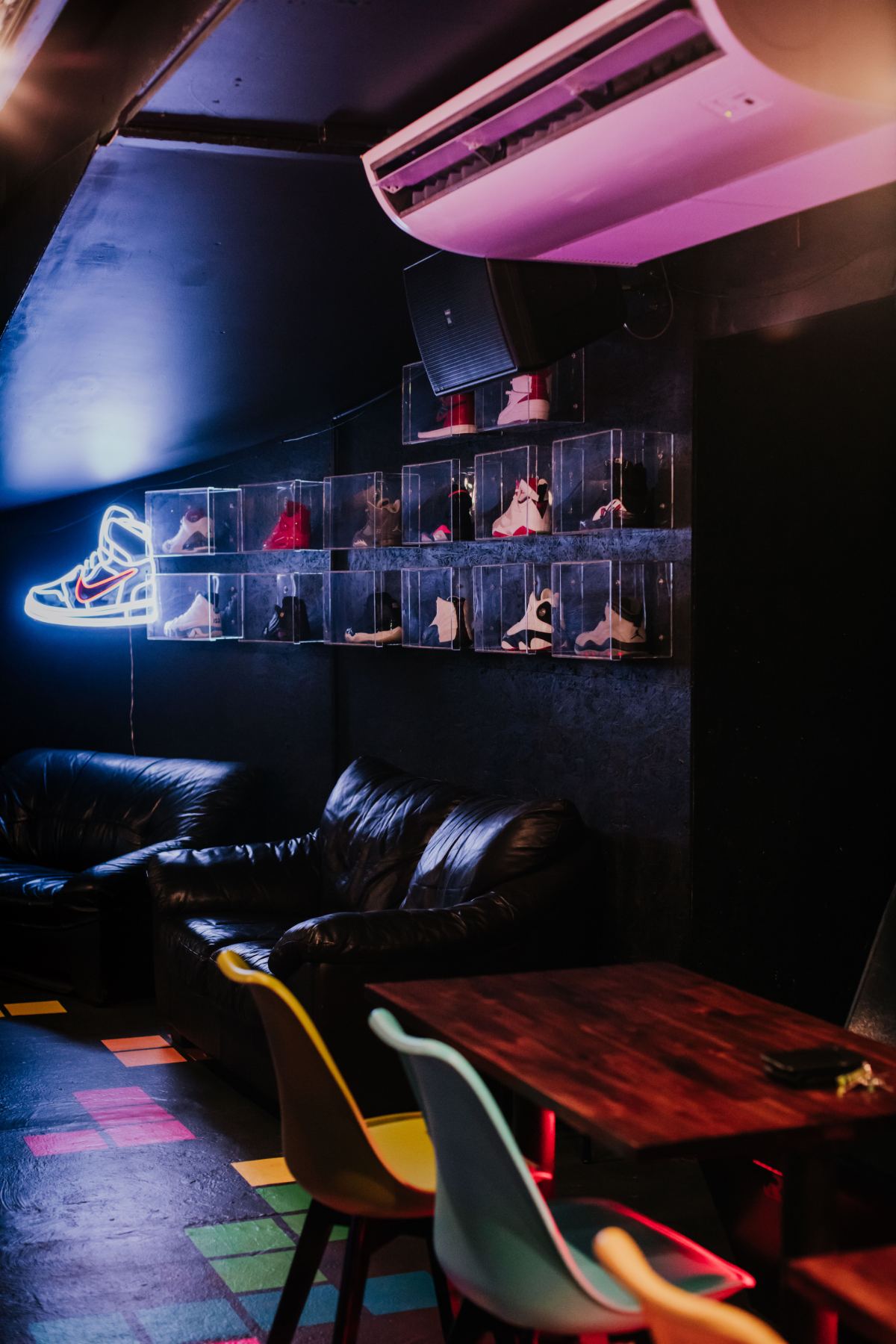 For some of you, you might remember the space being a three-story night club back in the day; Mercury. Whilst it’s gone through a few facelifts the boys have worked day and night by stripping it bare to put some life into the space.

“When we started ripping up the tiles in the kitchen, there were like four layers of tiles. Instead of ripping them up they’ve just gone over the top. It was a big demo job to start with, and then every time we’d sort of clean everything out, we’d have a new idea and then that turned into another couple weeks of demo; it was pretty demoralising,” Sam said. 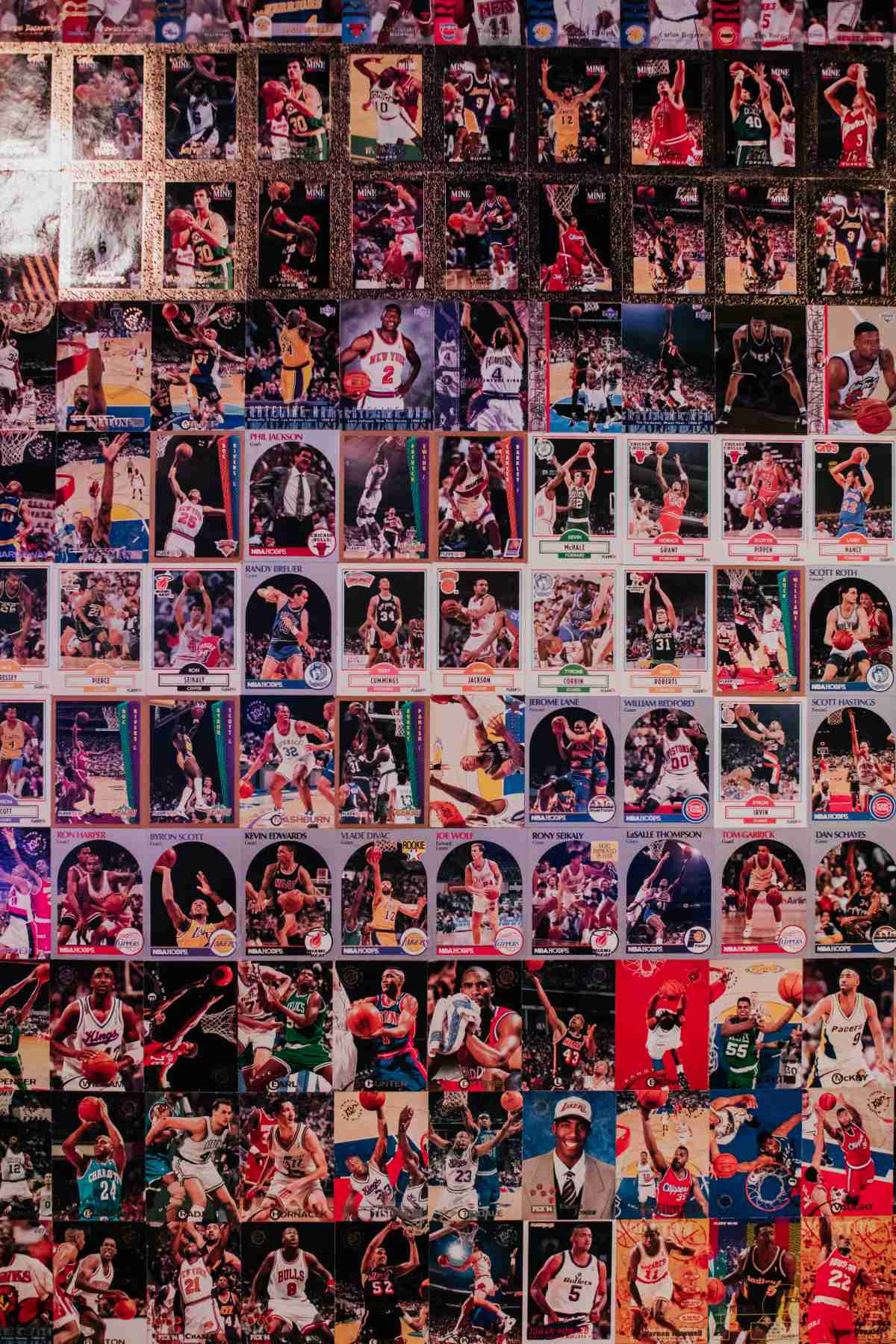 The space itself has been sectioned off into numerous separate areas; the semi-private Bball booth which can be booked for private groups, the hi-top sneaker bar, lounging area, the basketball card selfie wall and four separate stool tables decked out with old-school gaming devices. Verse your friends at a game of Mortal Kombat on Super Nintendo or Mario Kart on the Nintendo 64; this place is what all of our childhood dreams are made of. 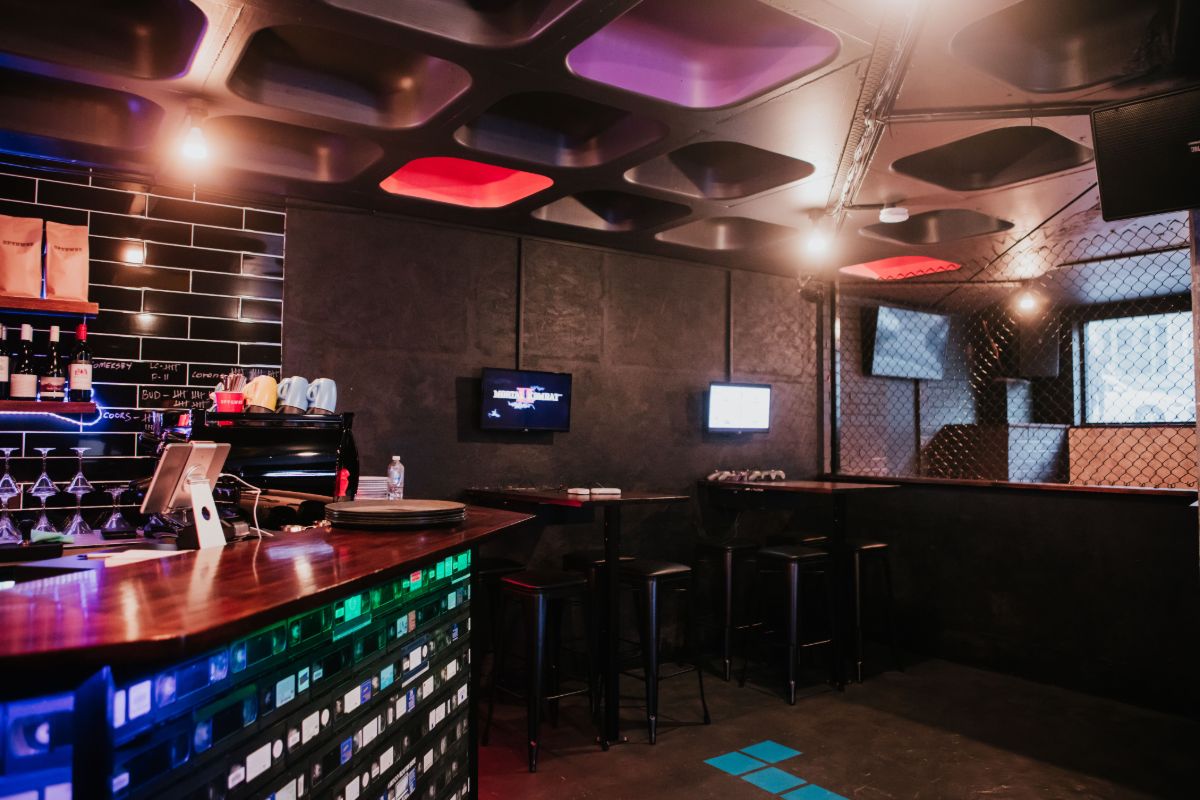 “Before going into this we’d actually decided to think about every bad thing we hate about venues, we were going to change, and one thing I hate is diner seats because the person on the end can’t get out and you can’t talk to the personal diagonally across from you. So, we thought how we can do a booth area but not like that… one day we were just talking and I’d said let’s just fence it off and do a basketball court; Sam just looked at me and said that’s amazing,” Jerome explained. 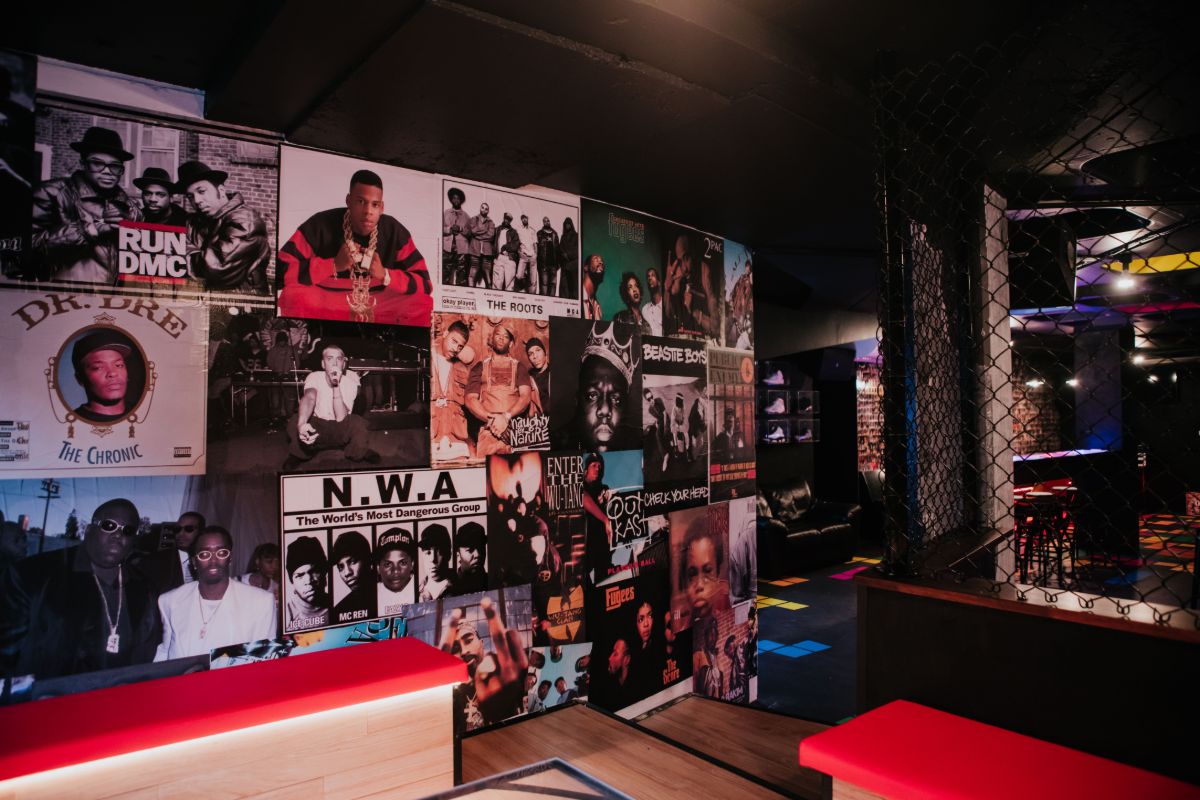 Making the most of having real estate in town, Uptowns will be open seven days a week for all your coffee and toastie needs. Keeping with the American vibes, the two toasties on the current menu are Spaghetti Bolognese and Mac & Cheese; YUM! Whether you need a quick lunch pick-me-up, you’re planning on watching all the sporting action at home or you’re looking for a new space to work from; Uptowns has got you covered. 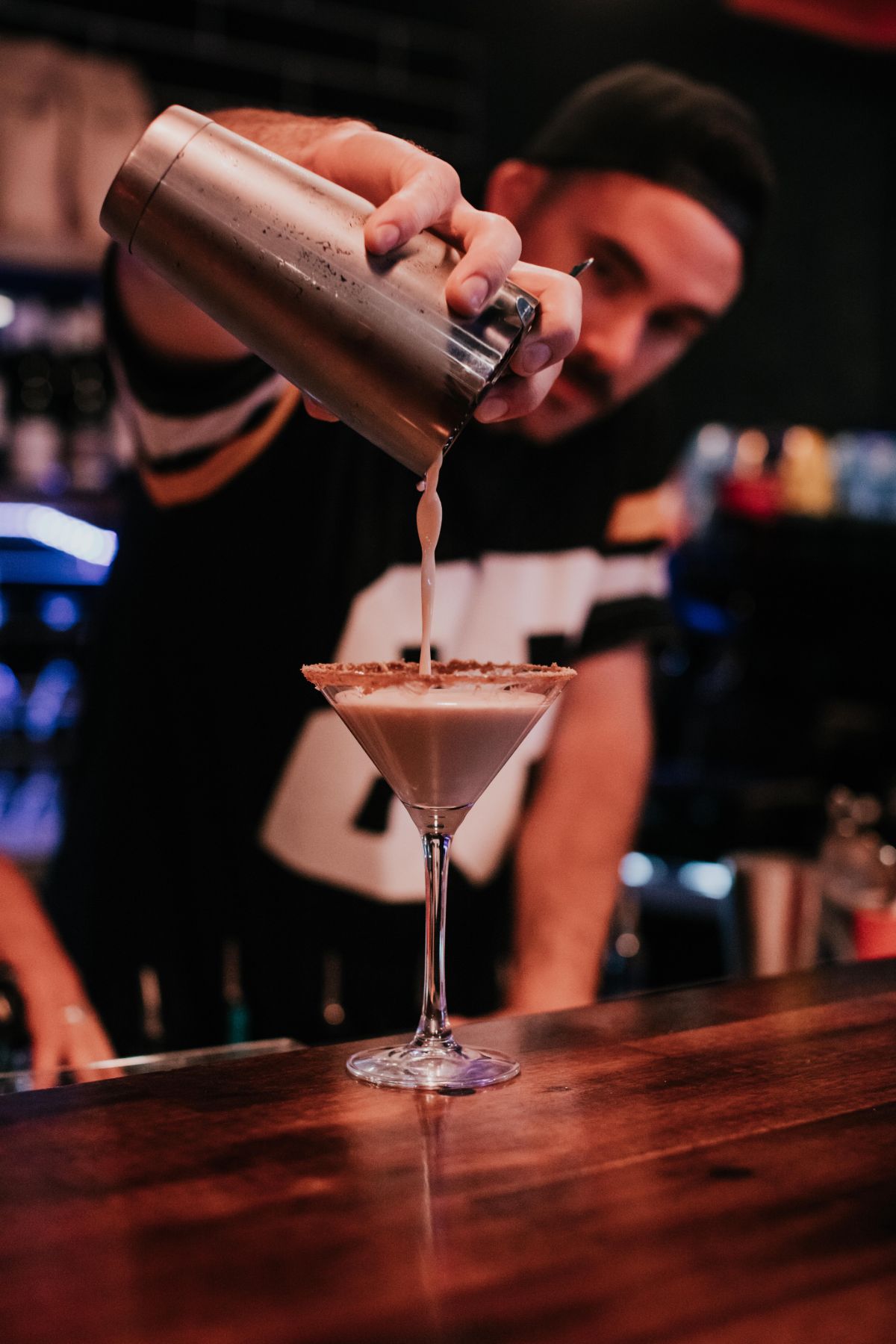 So, what exactly does the name Uptowns represent? Well, a few things actually…

“This is a cool story. So, we’re at the top of town so that’s Uptown which is part of it. But also, the street name for the Air Force Ones, the white sneakers that everyone gets around in, is called Uptown. So, if you were kicking around in a new pair of these Air Force Ones you’d be like, ‘like my new Uptowns,’ how cool is that,” Jerome told me. 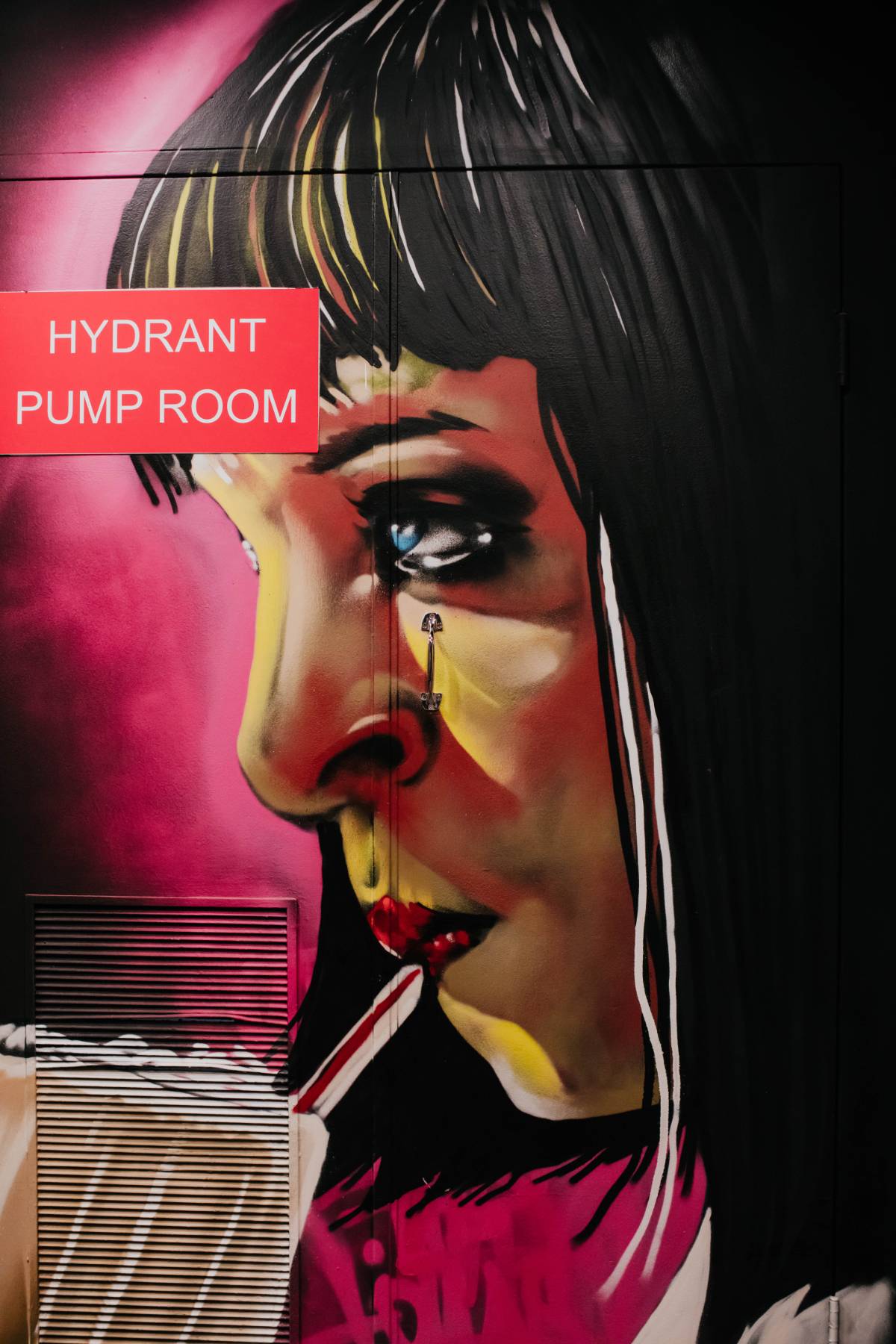 Whether it’s the 600 VHS tapes that the bar is made out of, the two and a half thousand basketball collector card selfie wall, the top notch sneaker collection, the PlayStation 1 light fixtures, or the Tetris-like floor; you can sense that each and every detail has been thought of.

“Everything lives and breathes the 80s/90s culture. It’s not a theme, it’s a culture. Everything in here is stuff that I’m a fan of. Every day from right at the beginning even when the ideas were flowing, I just started buying everything. We didn’t even have the keys yet and I was buying basketball cards, games and things that I thought would work,” Jerome said. 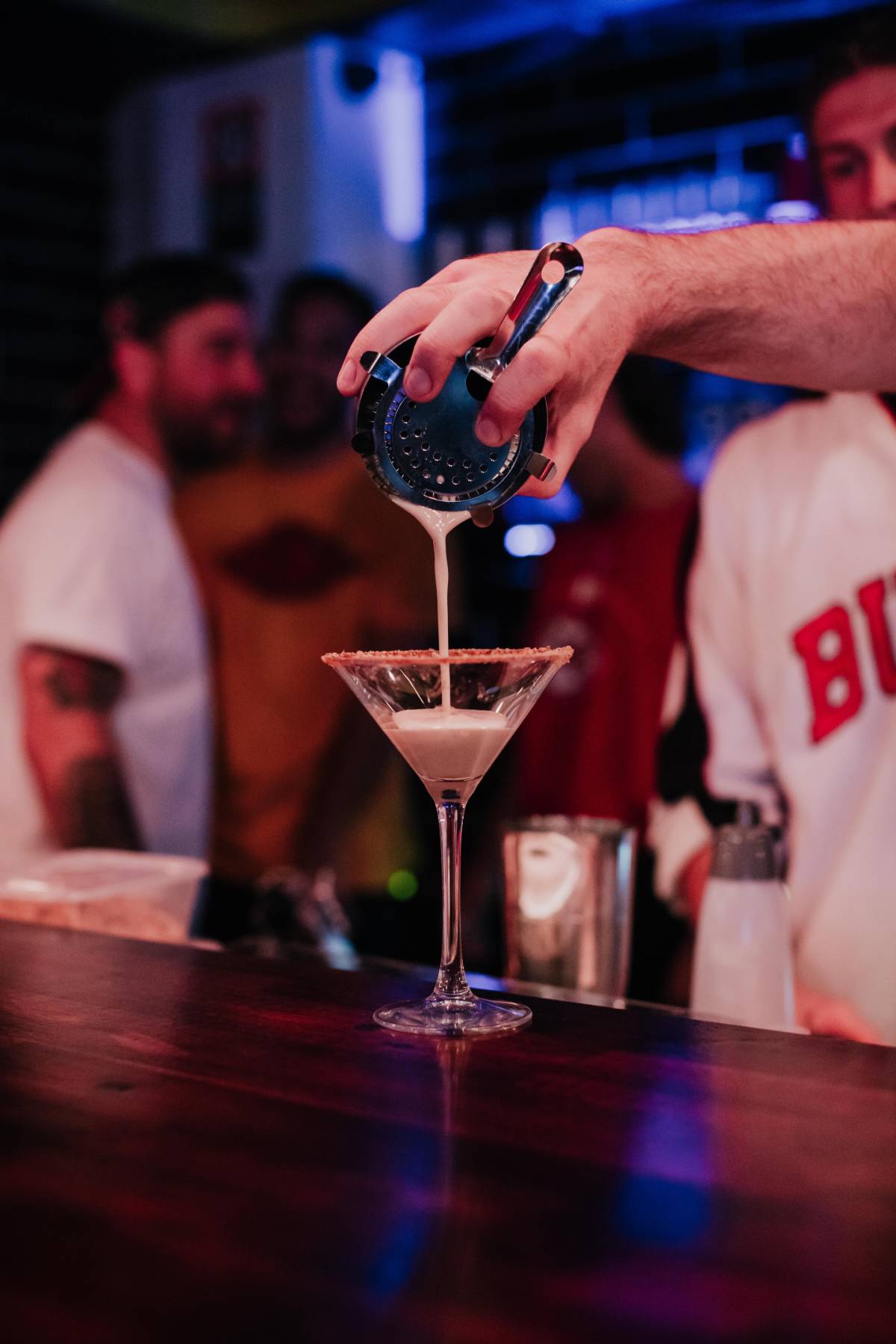 With big plans for the space, Sam and Jerome have gaming tournaments, sneaker appreciation nights, sports viewings, and even vintage pop-ups in the works. Watch this space. 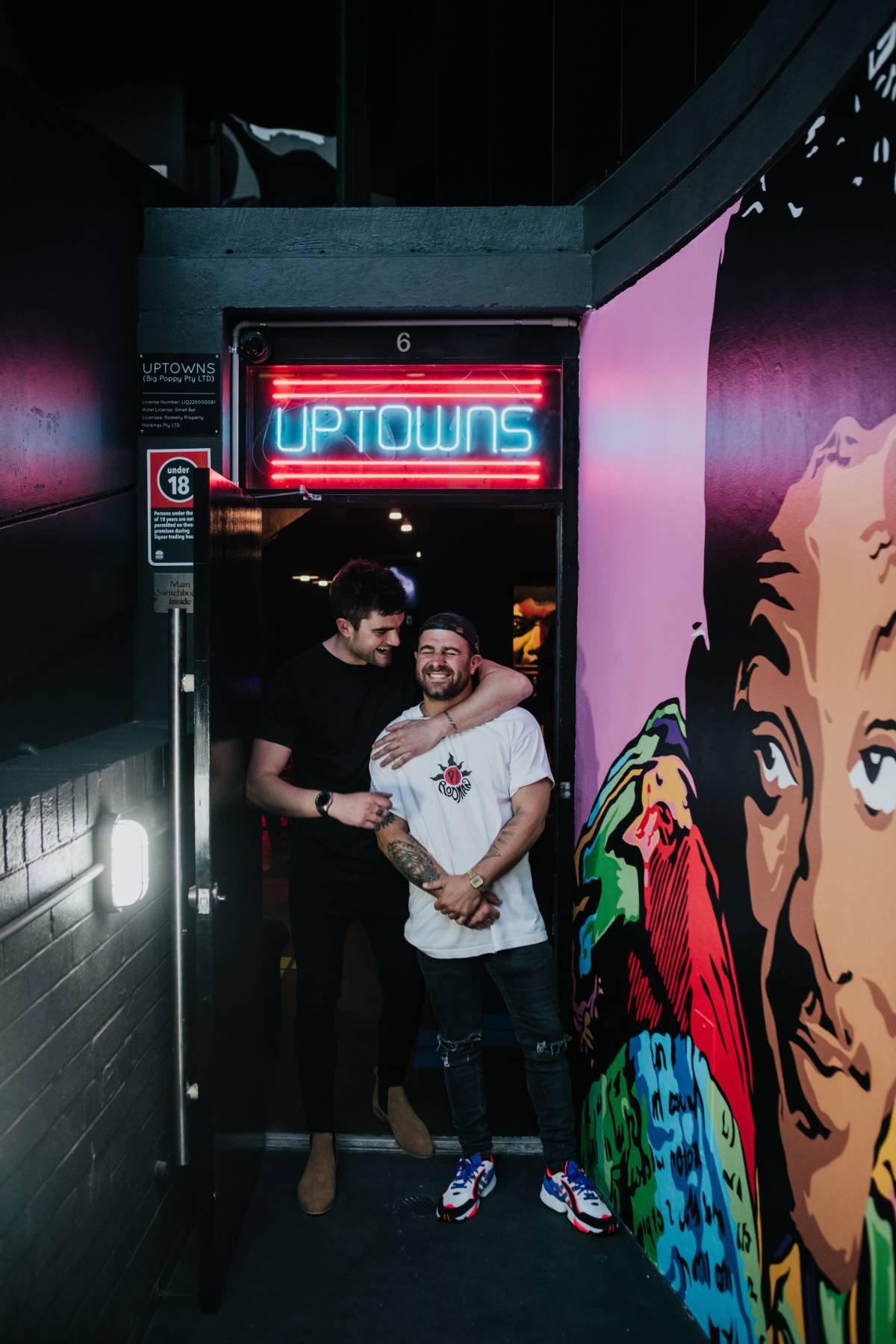 Dine in one of Newcastle's most historic and stunning buildings