It's a building I am sure you have driven past many times, and one that is very hard to miss

But have you ever actually ventured in? Did you even know you could?

Since its opening in 2002, The Hellenic building has been part of the Greek church and the wider Greek community here in Newcastle.

Only open two nights of the week, The Greek Taverna is home to some seriously good Greek food and a guarantee you won't be leaving hungry. Trust me I practically rolled out of there I was SO full! 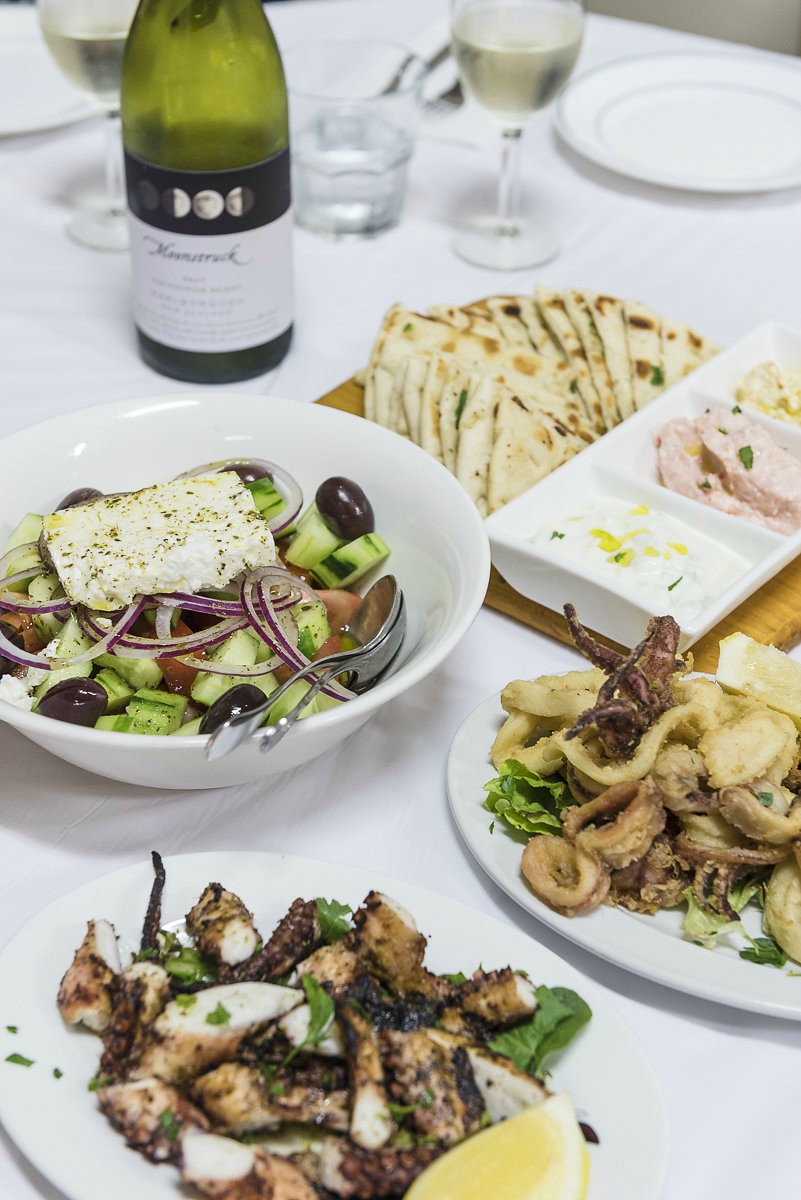 With a wine in hand we started with some mixed dips followed by chargrilled octopus, calamari, grilled halloumi and a Greek Salad (of course).

We thought that was it. We were full. We were done.

Moussaka, Souvlaki, and slow roasted lamb all with Greek lemon potatoes YUM! Our eyes were obviously becoming too big for our stomachs.

But of course, there is always room for dessert…obviously! We tried the Loukoumades, which are dough balls with honey and cinnamon, and Galaktoboureko, a Greek custard tart.