The bright lights of Tokyo are a long way away from the NSW rural town of Gunnedah, yet for Newcastle's Nagisa Restaurant it's fair to say it's where much of the story begins. It's here that Tetsuhiko Namba, the former Teppanyaki chef in Tokyo and Sydney, settled down, farming wheat and cattle and raising his young family. However, not content to hang up the apron, fifteen years later Tetsuhiko decided it was time to get back into the kitchen, this time opening his own restaurant in what happened to be the seaside city of Newcastle.

Located on the Honeysuckle foreshore Nagisa first opened its doors in 2004 with Tetsuhiko and his son Taiyo gaining a reputation for creating authentic traditional Japanese dishes. 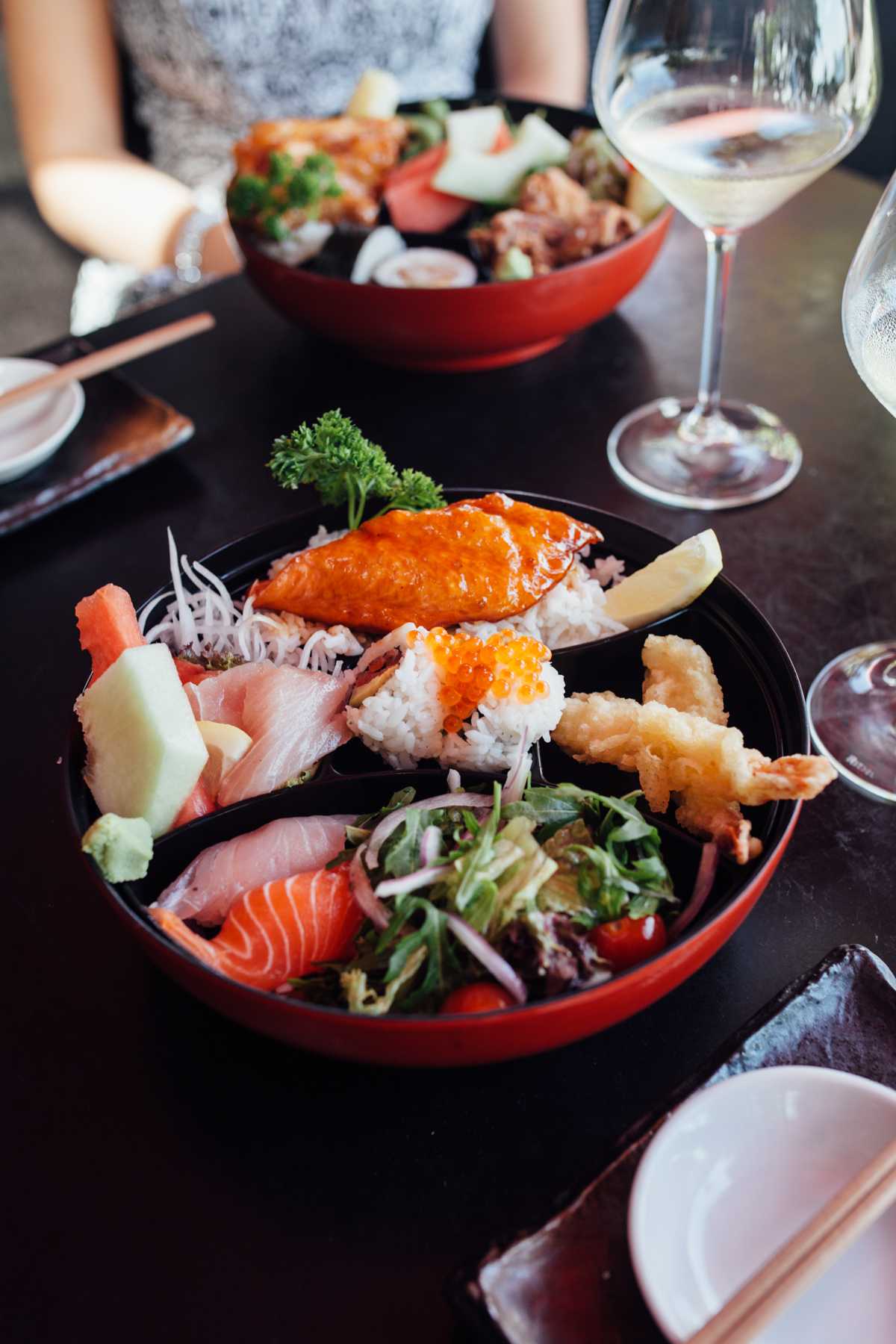 Today Nagisa has evolved into a contemporary restaurant space that seamlessly merges the elegance and tradition of Japanese cuisine with a twist of modern edgy flavours. 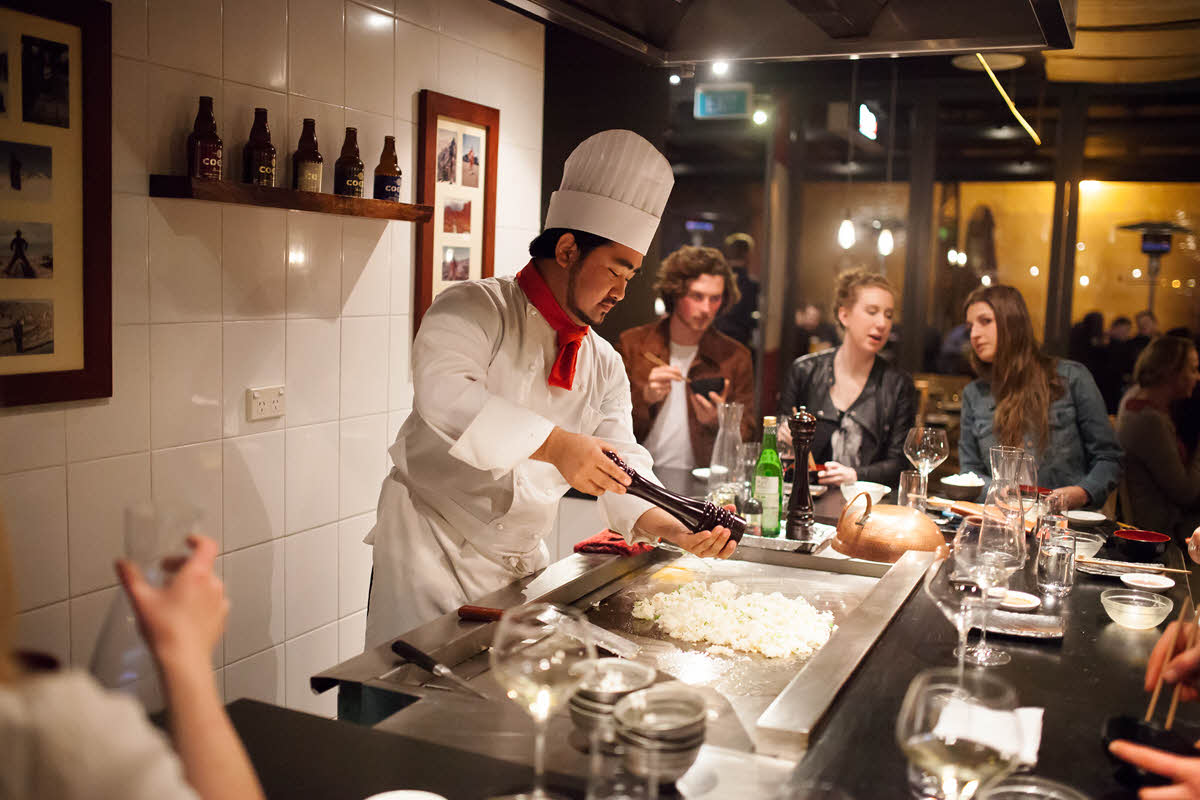 This modernity is thanks largely to Chef Chris Schofield, Taiyo's best mate from Gunnedah, and his drive to take the menu to another level.

Chris's commitment to keeping it interesting has created a dramatic menu that of course features the expected sashimi's and sushi's alongside a tidy selection of contemporary interpretations on traditional Japanese dishes. Chris says much research and experimenting is required to create a dish, often relying on the Japanese staff to get the final approval and to ensure he is remaining true to the Japanese craft. 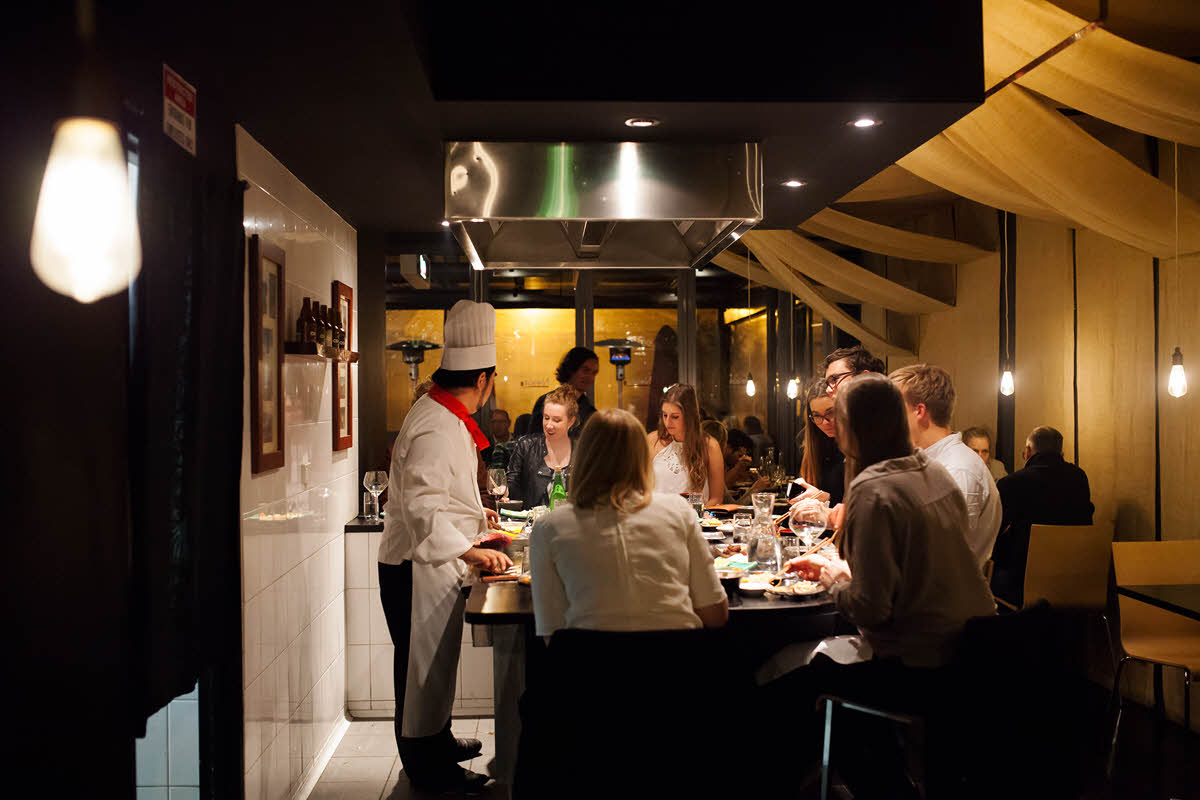 Whilst Chris has full run of the kitchen it's Tetsuhiko that takes care of the teppanyaki bar. Teppanyaki at Nagisa doesn't come with any fancy food flinging, a seat at the bar is more about conversing with the chef and appreciating the skills and technique of a teppanyaki master.

Choosing the right flavours doesn't end with the food menu, a carefully selected list of Japanese whiskey, wines, cocktails and Japanese sake and craft beer add just another layer of exotic. And with Taiyo about to head to the Tokyo Craft Beer Week the list is about to get a whole lot more interesting. 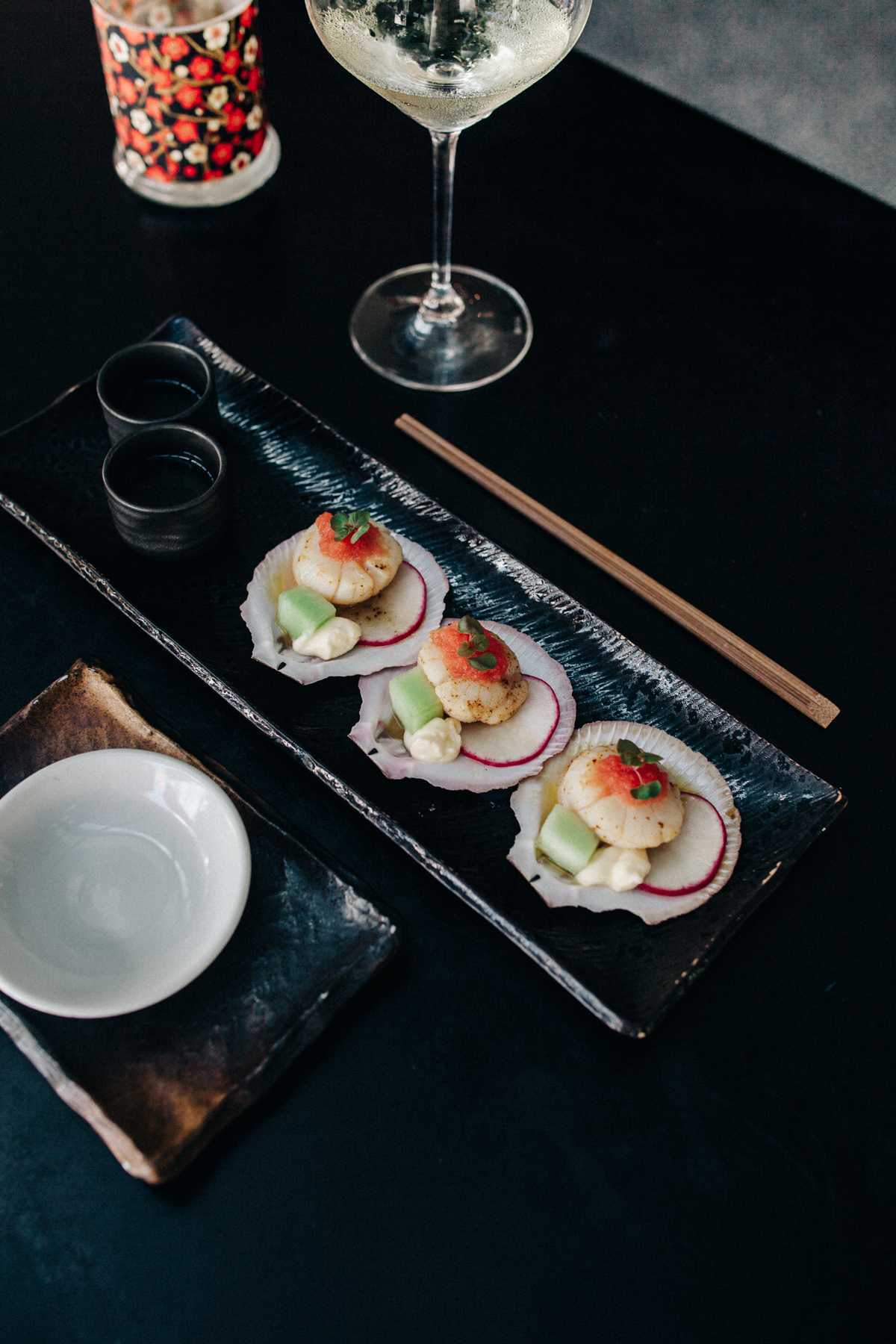 Nagisa is perfect for long lunching, enjoying a banquet with your mates and with its low lighting and soft furnishings the ideal date night. Whatever the occasion it's time to get acquainted, or reacquainted, again soon.

The place to eat, drink & dine