First of all it's a Brewhouse, obvious from its name, with Head Brewer Shaun Sherlock taking on the almighty role. It's a pizzeria and diner and is perfect for any group or couple catch up. And now, as the name suggests, it's a Brewhouse which means you can just walk in and have a beer.

Gone is the old restaurant licence, in is the just-drink-beer licence, which makes sense right, it's a Brewhouse after all.

We sat down with Shaun for a quick quiz and asked all the important questions like, what does a Foghorn have to do with beer? 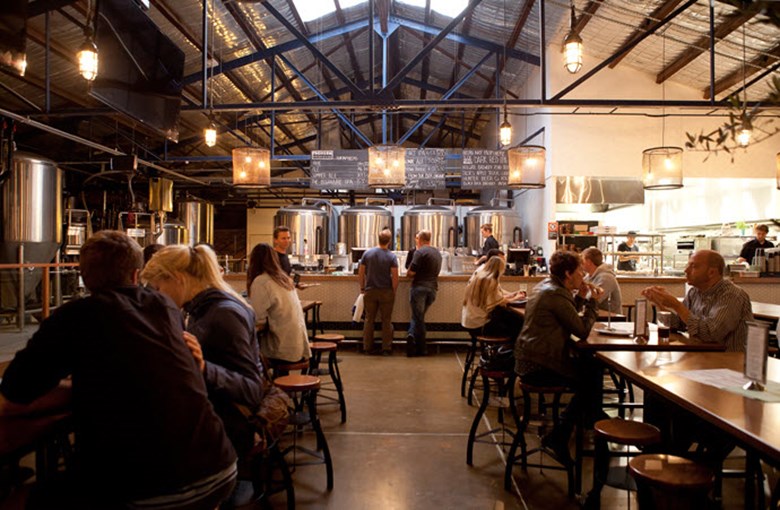 What made you want to set the brewery up in Newcastle? Are you originally from here?

I'm born in Newcastle and my business partner has lived here for many years. We are really passionate about the place and its people - Newcastle needs a Brewhouse!

Is there a story behind the name Foghorn?

Anyone who lives locally hears the foghorns sound with shipping movements in the harbour. It is one of those ‘Newcastle’ sounds that you kind of get used to as part of the backdrop of the city. We wanted a name that reflected where we come from but that didn’t take itself too seriously.

There is a distinct American theme throughout the menu, where has the American influence come from?

This style of food really suits matching with our beers, has great flavour and is very cool right now. My business partner and our venue manager both have Northeast US backgrounds so that has helped with the authenticity of recipe design.

How many taps are there on offer and how often will the flavours change?

We have 16 taps and one traditional British Beer Engine. We will have 3 or 4 regulars and rotate through the other styles as we grow. In coming months we hope to have all the taps filled with our beers and we will look to change them up regularly.

What’s the benefit to having the brewery on site in relation to its flavour?

Beer is best consumed fresh. You can’t get any fresher than drinking beer served straight from the tank at the brewery that brewed it.

For someone who isn’t a beer lover, what beer would you recommend to try?

We have 2 on currently that I’d recommend - our ‘Ale’ at 4.6% ABV, and our ‘Belgio Blonde Ale’ at 7% ABV. Both are very different to your mainstream brews and both are very drinkable. The Belgio Blonde Ale in particular is surprising a few who describe themselves as ‘non beer drinkers’.