When Anton Hughes opened The Cnr 14 weeks into the NSW lockdown he expected a gentle and gradual start, but the popularity of his gourmet toasties and the anticipation of his opening made it anything but.

“We sold out by 10AM the first day, there was a queue down the street,” says Anton “it has exceeded expectations.”

The Cnr consists of a simple open window looking out over The Runway Park, a couple of stools, and the flamingo mural of next door Tropicana Pizza adorning the adjacent wall. 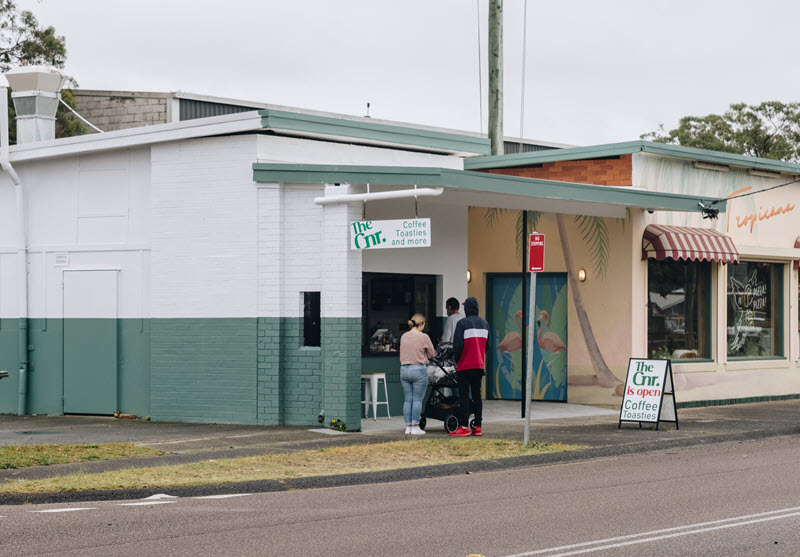 Anton deliberately built The Cnr uncovered and in the public eye, drawing intrigue from locals and passersby. “Everyone has been so supportive” he says, “I love working with this outlook - the park, kids laughing and playing, the Firies next door; there’s just so much happiness around, it has a nice feeling to it.” This is a welcome statement from a business owner two weeks into a new opening during a pandemic.

The idea for gourmet toasties first came as a food truck called Coasties Toasties but was put on the backburner as Anton worked at the nearby Link and Pin Cafe. He considered leaving the hospitality industry until the opportunity to set up shop alongside his mates at Tropicana Pizza gave him a window (literally!) through which to revive the idea.

Following his impressive resume of reputable ventures in Sydney including the Smokehouse at Vic’s Meat Market, Bovine and Swine, and Hughes BBQ, Anton said he set out to do something fun, easy and simple. Toasties had become trendy particularly in Melbourne, and he saw it as a chance to inject his specialty of American BBQ in a fun, new way.

Anton’s love of American BBQ came from travels through the US and he’s since become one of the Aussie experts. You can get in on the action with the signature Big Tex Toastie which sits alongside The Troppo (think Hawaiian Pizza in a toastie!) as one of The Cnr’s best sellers.

With the menu set on delicious Brasserie Bread sourdough (which gets an almost flaky pastry crust under the toaster), and featuring The Drunken Sailor relishes, it’s easy to see how they sell out. And for the vegans, you won’t get FOMO as Anton has you looked after with two options, both complete with vegan cheese for that gooey goodness.

So what’s next for The Cnr? For starters, specials start next week including the Mac’N’Cheese and The Ballpark - yep, you guessed it, a hotdog in a toastie! Anton is also planning to introduce a pub style beeper system so you can set yourself up in the park across the road and be notified when your toastie is ready. Down the track you may see breakfast sandwiches, burgers, and even pop up BBQ events. 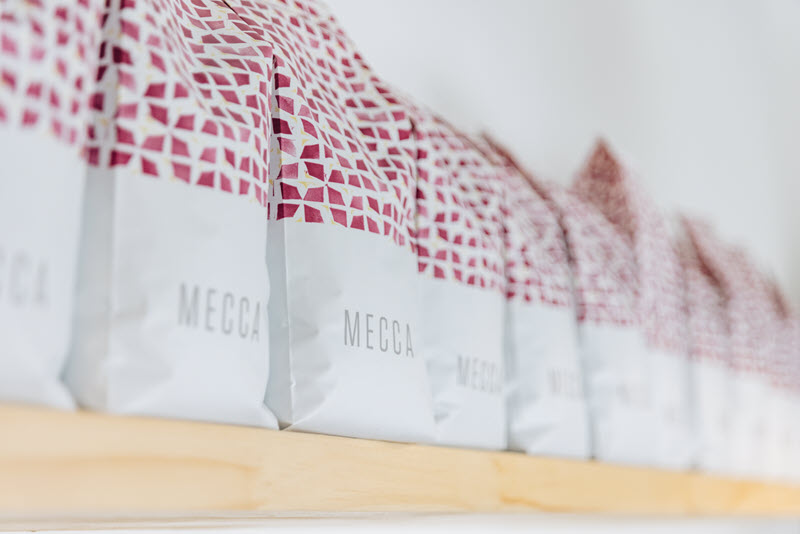 The Cnr is currently open Monday to Friday but be patient, weekend hours are coming. Anton knows too well the hospitality burnout and it’s not something he wants killing the coastie toastie vibe. It’s a vibe that is certainly taking off with regulars making repeat visits and locals dropping in for coffees.

As I’m there a crowd mills - teens, a father and son, tradies, a pair of nurses, and a family with their beagle puppy who begs for a taste as it jumps at the smell of a not-so-humble toastie.

Your local pizza joint with a tropical twist

Made In Woy Woy

Leading the charge in the Central Coast's foodie revolution

Things to do on the Central Coast

Whether you're an avid hiker, ocean lover, or foodie seeking something new the Central Coast makes for the ideal short break or day escape.

Beaches, Lagoons & Rock pools. All the best spots to take a dip on the Central Coast?