The iconic Rabbitwoman and Dogman sculptures have found a home at Port Stephens’ Soldiers Point Marina.

The iconic artistic duo known for their Rabbitwoman and Dogman sculpture series, Gillie and Marc have just unveiled their second installment at Soldiers Point Marina as part of their Sculpture walk.

Dotted throughout the marina, is an expanding collection of outdoor sculptures created by a broad selection of Australian artists. From Mike Van Dam’s Bubble and Squeak Dolphin chain creation to Sydney artist, Louis Pratt’s 3D bronze statue, The Voyeur, to the marina’s newest piece, Gillie and Marc’s We Ride Together in Love, featuring Rabbitwoman and Dogman riding a bright red Vespa and drinking coffee. 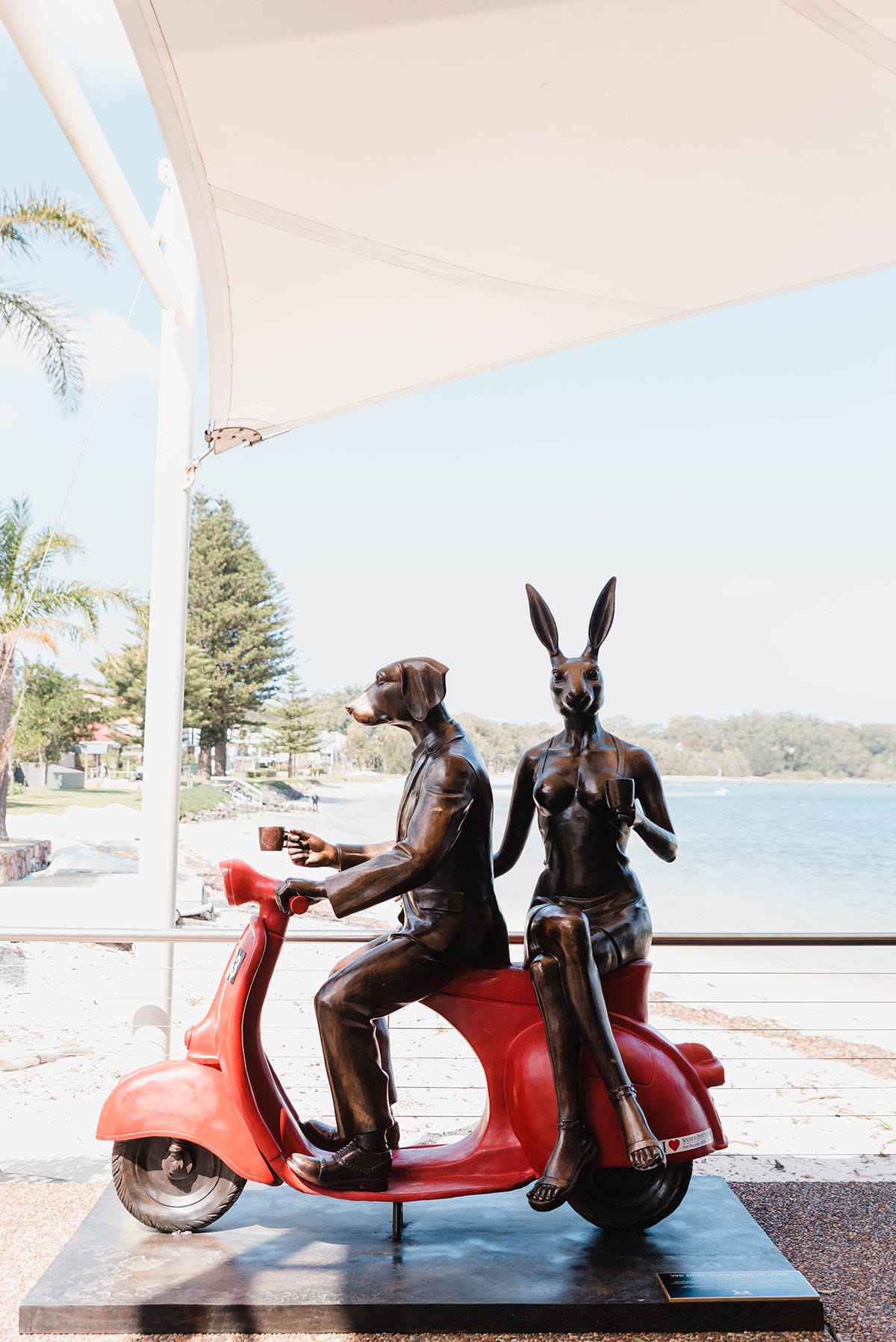 The piece is the second installment of Rabbitwoman and Dogman at the Marina, with the Table of Love that calls the Boatshed Cafe at the marina, home.

With this exciting new piece being unveiled at the marina, we thought it was a great chance to sit down and chat with the inspiring creative couple to chat all things Gillie and Marc.

How does it feel to see Rabbitwoman and Dogman in this idyllic location?

“This is our first time here, but the minute that we drove into the area, we just felt instantly relaxed. It was this huge sense of calm. To have our sculptures with a beautiful backdrop like this is just a huge bonus. You can’t really get a more beautiful backdrop than this for Dogman and Rabbitwoman,” Gillie told me.

“Public art is really important, but what’s changing now is that the backdrop is just as important as the pieces themselves. Having them situated on or by the water gives them such a different context.

“We have the same sculpture [Table of Love] in Park Avenue in New York, and it has a completely different feel. You’re sitting there with the city behind, with a very urban environment. They’re often wrapped up with scarves and they’re looking very cold. But seeing them here, it’s like Dogman and Rabbitwoman have gone on holidays,” Marc said. 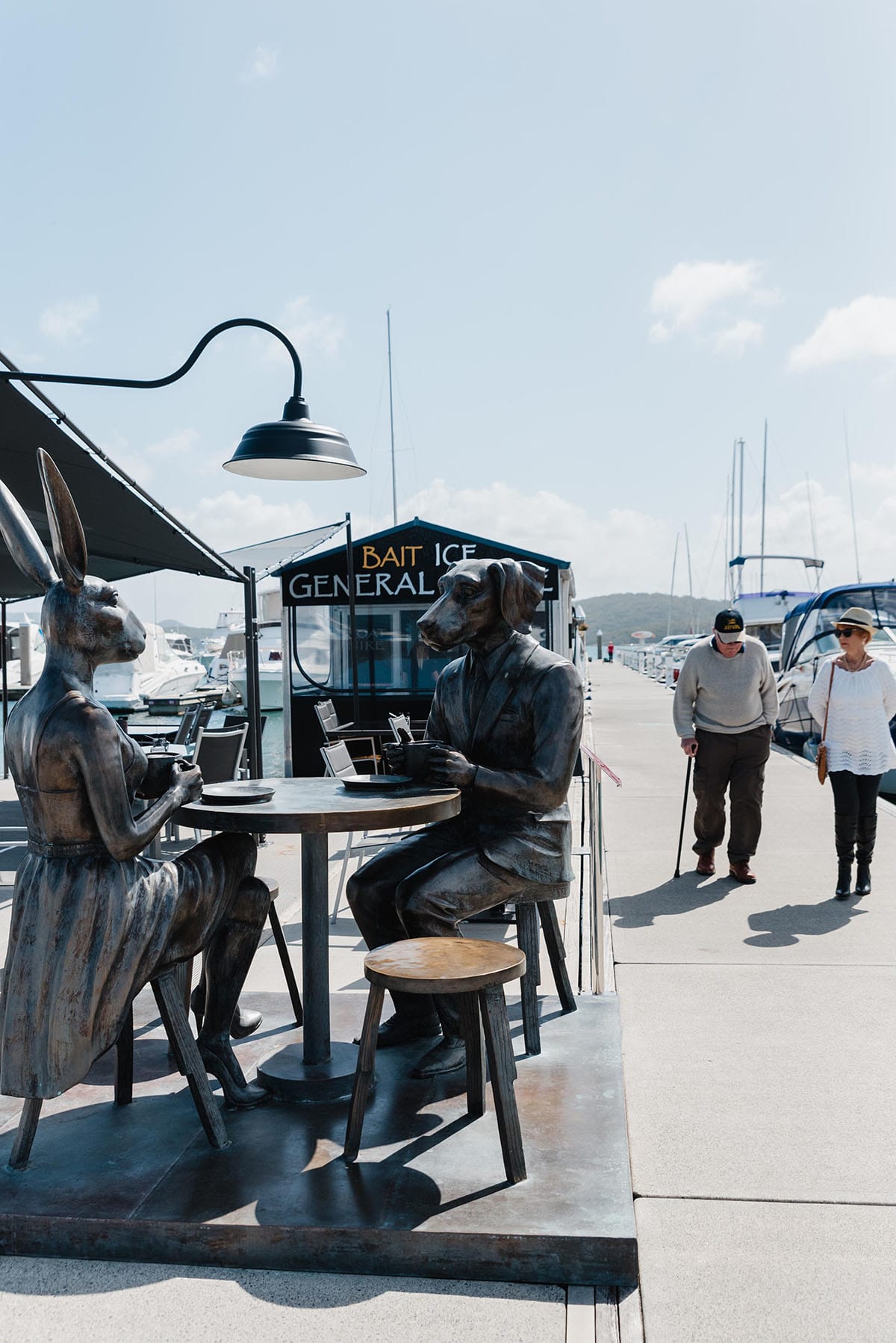 You recently started up the Statues For Equality project. Can you tell me a little about what that is?

“Marc and I also do a lot of other work, that’s not just our personal work. We do a lot of commissions for people and a lot of those commissions are figurative. So, it could be historical figures, or sports people, or people that relate to an area. We noticed that all of the commissions we were getting, were of men.

“It was across the board that there was this ridiculously low percentage of women sculptures, so we started thinking about how we could change that. So, we came up with the idea of doing 10 women and bringing them to New York City and actually physically changing that percentage from 3% to 9%,” Gillie said.

The aim for the project is to balance gender representation in public art, and honouring women’s contributions to society. Currently, the statues are on show in New York and amongst these first ten women are Oprah Winfrey, Jane Goodall, Cate Blanchett and Nicole Kidman.

“Initially, we thought we were lucky to be able to do just the one exhibition. But because of everyone coming and talking to us about it being such an important initiative, we knew we had to address it. It’s a conversation now that we can take through to at least nominating women, making people realise that women are doing everything that men are, and those conversations are so vital, especially for young girls,” Marc expanded.

You two get to talk to some incredible people and create some amazing pieces of work. What is the best part about what you do?

“Just learning. We learn so much. We do a lot of work in regard to conservation and understanding what’s happening on the ground. I think education is just opening your mind, and then you’re able to look at opportunities to be able to solve those issues. Which I think gives us a lot of insight,” Marc said.

You do a lot of animal related pieces, why is that?

“We’ve both spent a lot of time in Africa. I actually grew up in Africa, and when I was quite young, I witnessed a shooting of an elephant, which has always been stuck in my mind.

“And Marc has spent time with Jane Goodall and the chimpanzees, so both of us have that African link and we’ve both been very drawn to animals. A big chunk of our art is animal related and animal conservation.

“We call ourselves Art Activists because everything we do needs to have a reason, and it needs to be something that is going to change something for the better; bring social impact. All our trips to Africa are linked to us creating an artwork at the end of it; everything in our life has a purpose now, and all the art that we create, we want to affect change and bring awareness to social causes. It’s very important to us,” Gillie told me. 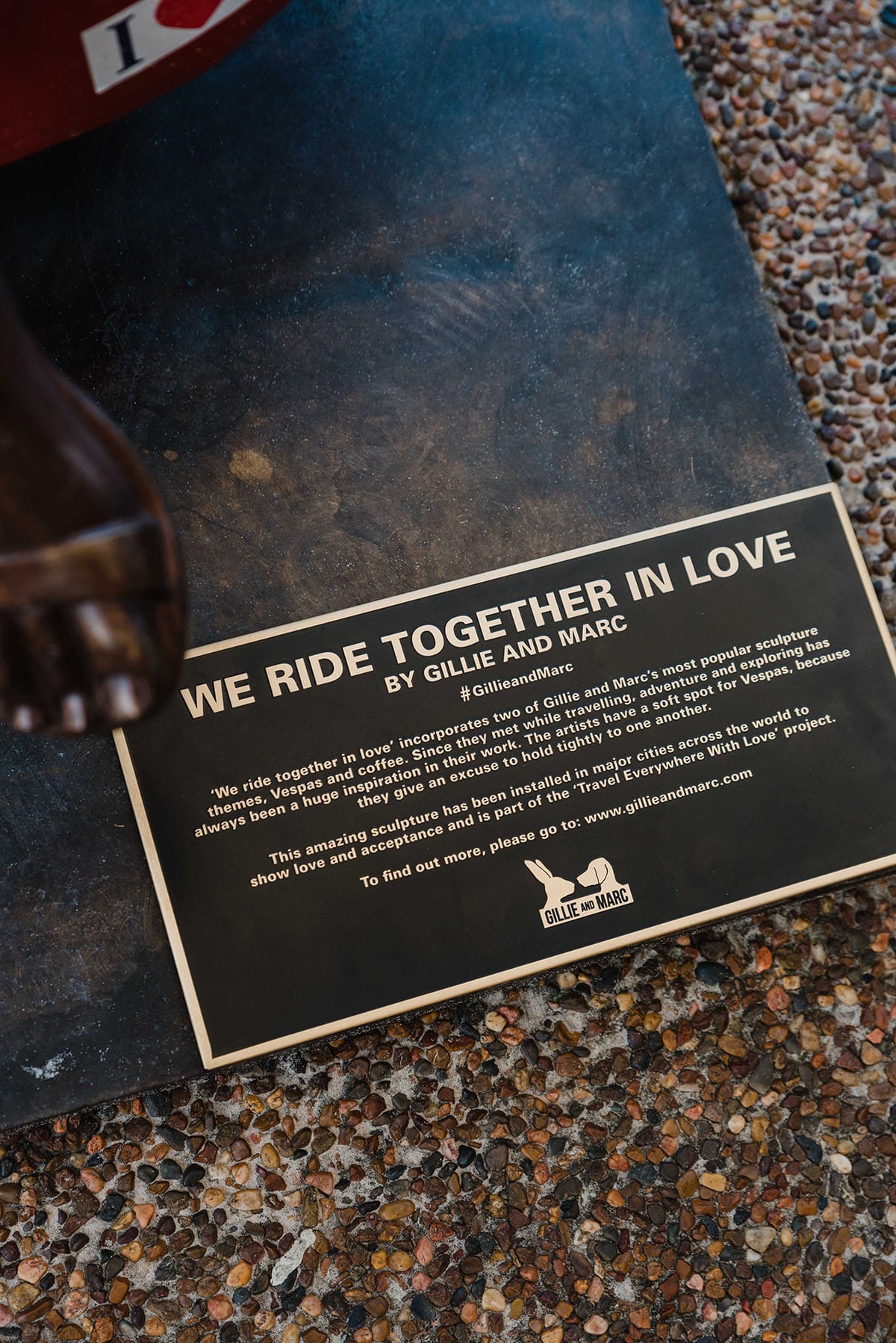 Can you share any exciting plans you two have planned for the future?

“We have lots of plans for the future. We’ve got an exhibition coming up in London, of orphan elephants that will be in Marble Arch.

“In Africa, a lot of elephants are orphaned due to poaching, and human wildlife conflict. We have decided to bring to London, a huge installation of 20 orphans and just one mother figure in the middle. That will be installed in December and will be there for 12 months,” Gillie explained. 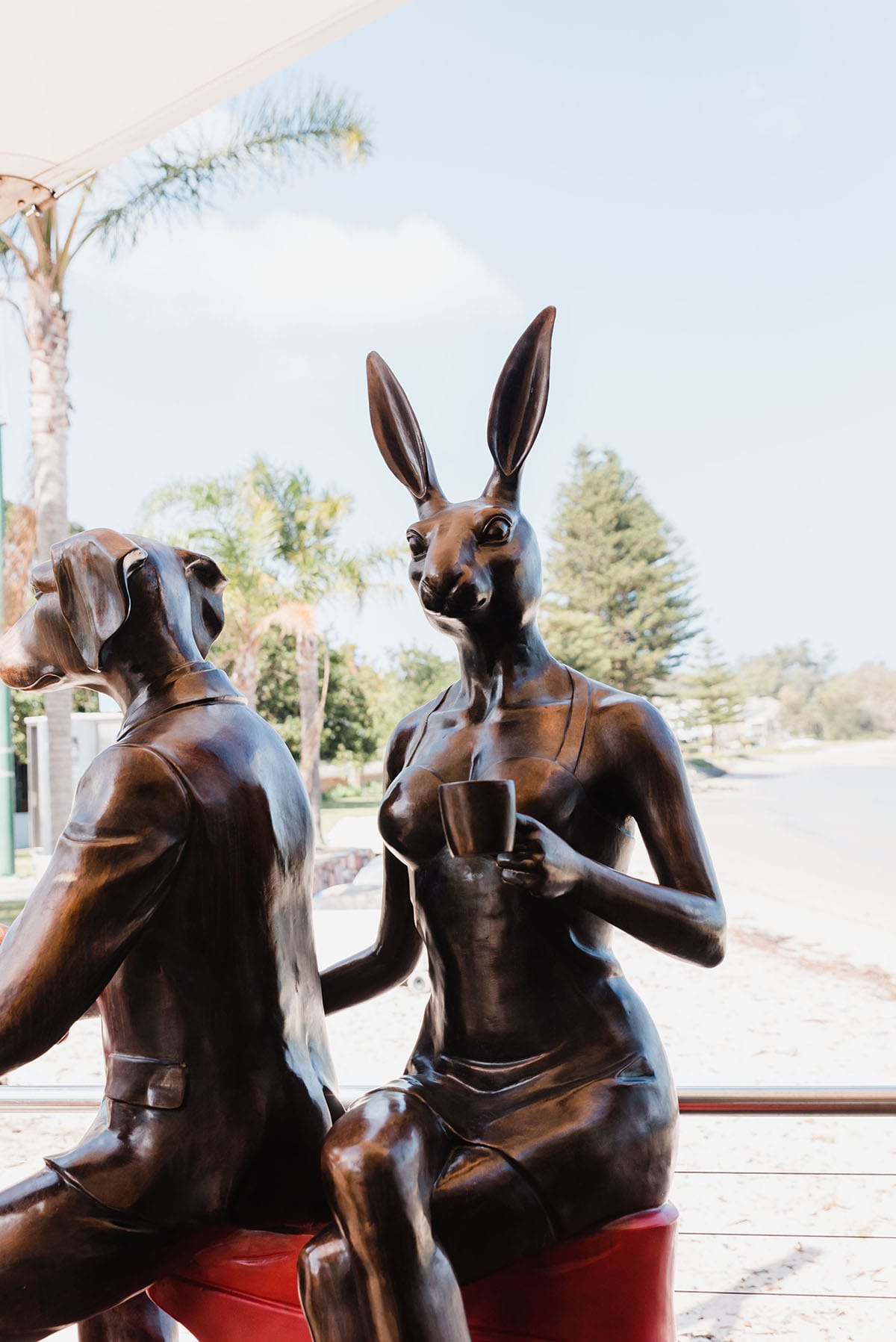 If you want to catch some of their work locally, you can head along to Soldiers Point Marina to check out Gillie and Marc’s We Ride Together in Love and Table of Love alongside the range of Art Walk sculptures.

Or closer to home is their piece Crab Riders that resides across the lake in Toronto, or up in Maitland near the gallery is Fetch Boy. Join in on the fun and take some pics of yourself interacting with the sculptures; make sure to tag Gillie and Marc, they love seeing your creativity!