On the way, there's no doubt you'll pass the inviting signs to turn into Murray's Brewery - don’t fight the urge, Nelson Bay can wait!

Their newly rebuilt restaurant, huge deck, bar and shop are finished and looking amazing. So it's a perfect time to visit Murray's again. 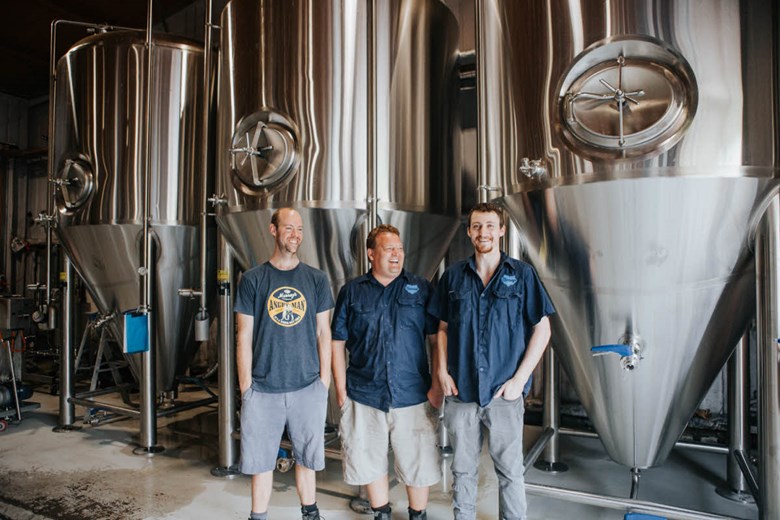 Their tasty brews include such titles as Angry Man, Rudeboy Pilsner, Fred IPA, Moon Boy, Apple Shack Cider and Whale Ale – each are crafted incredibly slowly and are conditioned a lot longer than your average beer. They are 100% natural with no sugar, so expect a full flavour sensation, without the nasty hangover tomorrow. 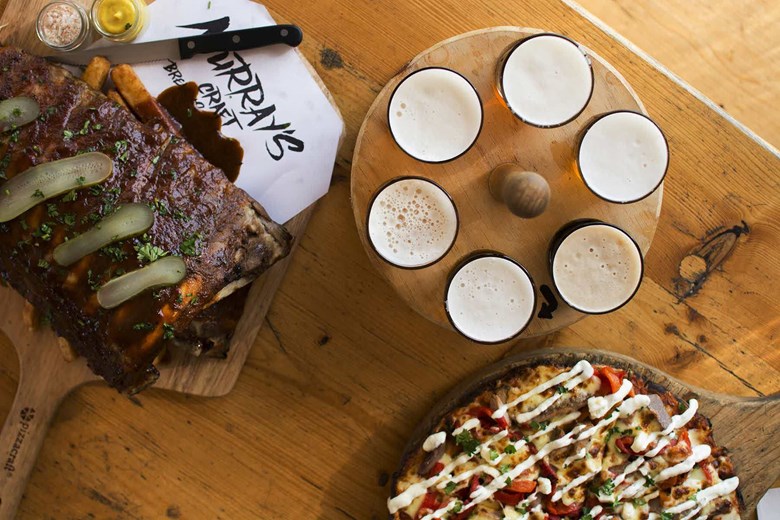 At the 2016 Craft Beer Industry Association (CBIA) Awards, up against over 600 Australian craft beers Murray's was awarded Champion IPA  for its Thunderbolt IPA - released just a week beforehand!

They also took home gold for the Fred IPA and a swag of silver and bronze for thier Angry Man Pale Ale, Hell of the North Belgian ale, Black Bear IPA and Wild Thing Coffe Imperial Stout. 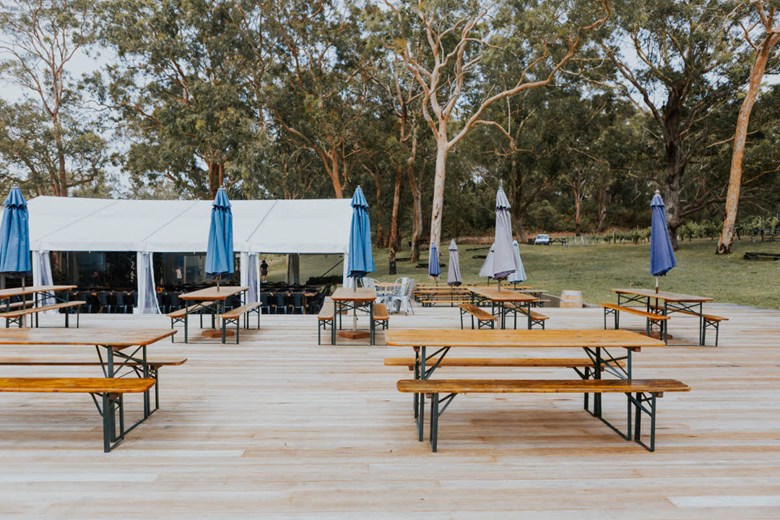 Brewery owner, Murray Howe, is particularly pleased with the brewery’s medalling success rate. “The gold medal wins are wonderful, but to have each and every beer we entered achieve a medal is no mean feat. These events are highly competitive. It’s just great affirmation of our quality and consistency,” he said. 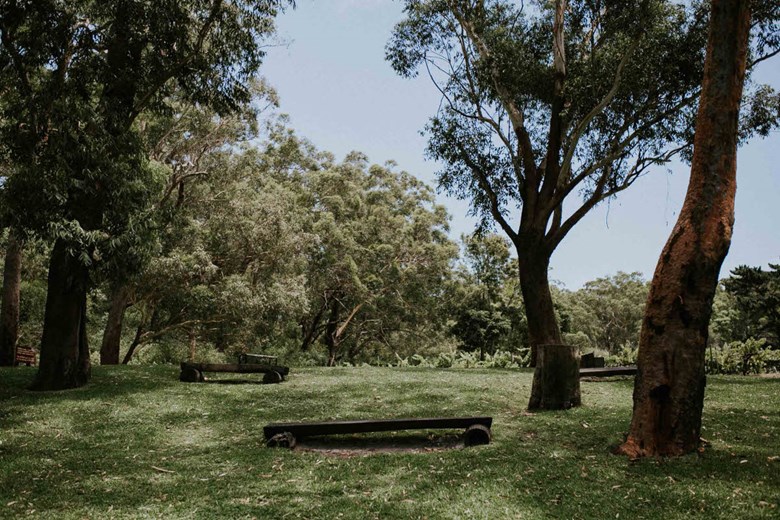 To experience the range I suggest ordering the almighty - Circle of Ales - which gets you six middies ranging from a refreshing Whale Ale through to a hoppy Double IPA (believed to be the hoppiest beer brewed in the Southern Hemisphere) - that will put hairs on your chest!

Murray's Brewery was founded in 2006 at Taylors Arm, west of Nambucca Heads, but made the wise move south in 2009 when they relocated to god’s country, aka Bobs Farm. It's a great tourist attraction for out-of-towners visiting the Newcastle and Port Stephens Region, along with being an absolute treat for locals to experience a world-class craft brewery so close to home. 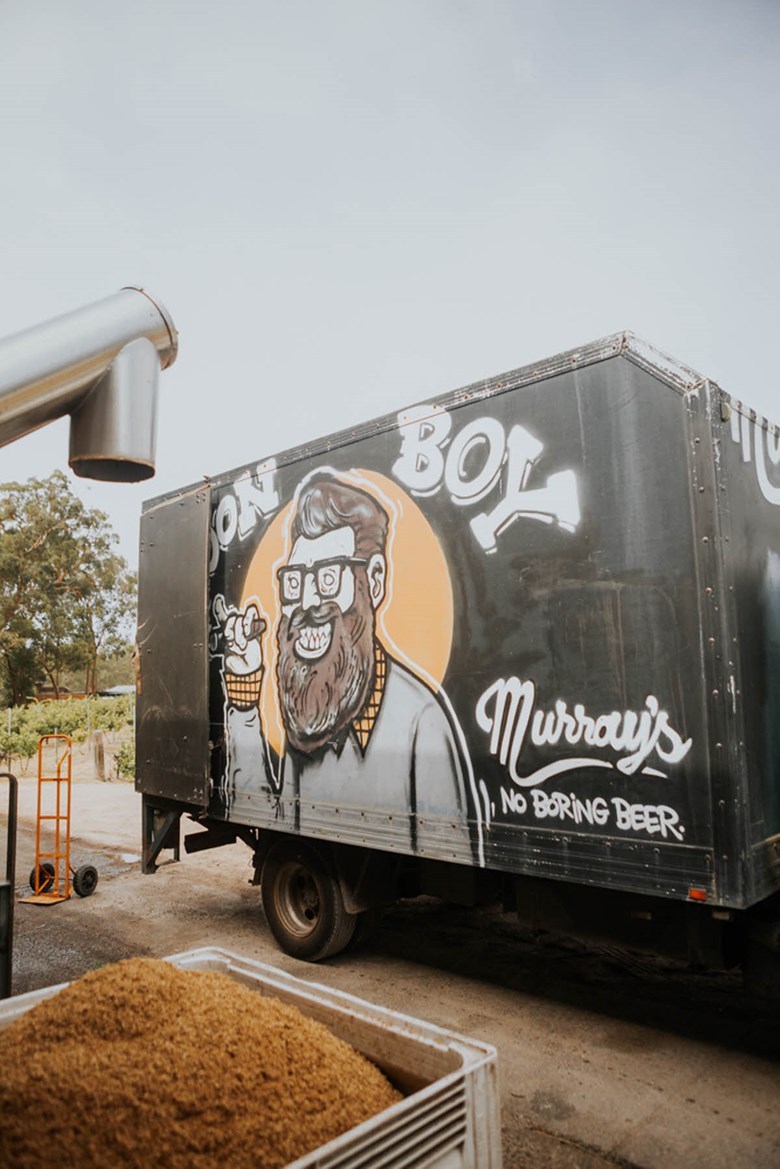 Murray's Brewery is brilliant for a quick pit-stop on your way to the Bay, or our preference is a relaxing afternoon in their sunny courtyard quaffing brews of all colours and funky names, whilst enjoying some scrumptious treats from the kitchen. Either way, Hunter Hunter finds it very hard to keep driving past Murray's.