Live music returns to the Cambo

Live music returned to The Cambridge over the weekend, with a bit of a different look and feel, but the same great times we’ve come to know and love.

Phil Jamieson, lead singer of Grinspoon, took to the stage for two solo shows on Saturday night at 6.30pm and 9pm.

In the past you might picture a gig like this with 600+ people crammed into the main room at The Cambridge, jumping around and singing along. This gig was something very different.

Keeping in line with the social distancing requirements, the staff from The Cambridge organised tables and chairs around the room for the 100 people attending each show. 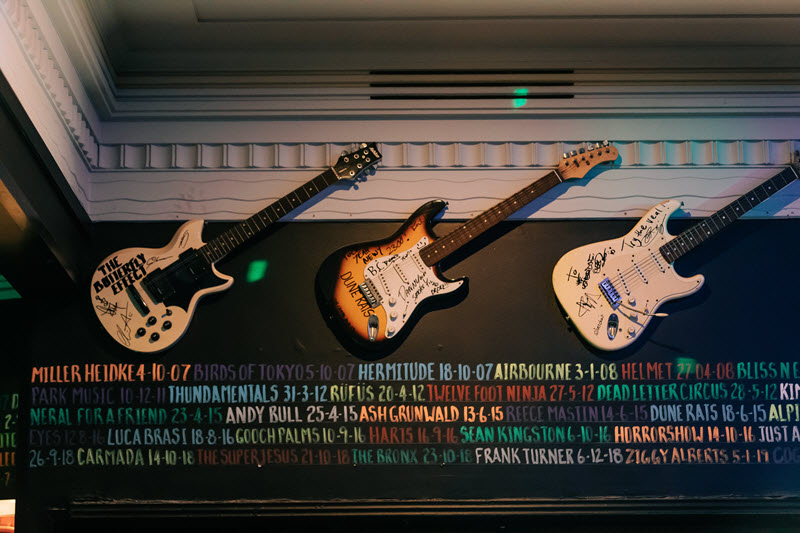 With the room dimly lit and tea light candles on each table, it shifted the tone of the room to a very intimate and special musical experience. The stage was even set with couches which added to the tone of the evening. Prior to the gig The Cambridge reached out to ticket buyers asking for seating requests and in between each gig the staff even went about rearranging the layout of the room to allow groups and friends to be seated together.

Chatting with Moe, owner of The Cambridge prior to the return he explained that the new format is exciting but requires a lot more work compared to the old format,

"We're going to a lot of effort to make sure that everyone that comes along to a gig at the Cambridge has a good time but are safe at the same time so we're taking as many precautions as possible. We've also had to change the way in which gigs happen with the artists now playing two shows in the one evening, that way it allows for more ticket sales. If we followed the old format there wouldn't be a lot of dollars in it for the artists, so by doing this we're supporting them and helping to bring back live music which we're really excited about."

One of the pluses of the new format is that it allows performers to take their performance off stage with Jamieson walking around the room (benefits of the added space due to social distancing) while playing his guitar, something that would not have been possible in a packed room.

Getting to see Jamieson up closer than they would usually expect wasn’t the only added benefit of the new layout. There was no drink spillage due to the person next to you overenthusiastically jumping around enjoying themselves a little too much, along with everyone being seated which gave a great view of the stage.

While live music, for now, looks a little different than what we’re all used to, do yourself a favour and check out a gig. It’s a chance to see your favourites up closer and personal in a way that was harder to find in years gone by.