When you think of iconic Newcastle businesses there are a few that spring to mind, however probably none more so than FlyPelican (formerly AeroPelican) whose resilience and determination to push ahead even through the most difficult of times is a testament to the people behind the brand.

Originally launching as AeroPelican out of Belmont Airport back in 1974 - 46 years on the departure point and name may have changed, however many of the faces who have made this iconic Newcastle owned aviation company the success that it is, haven’t.

Sitting down with Marty Hawley, one of the three owners and directors of FlyPelican at their Willliamtown Headoffice, Marty tells of how FlyPelican has evolved since its relaunch in 2015 and takes us back to that critical point in the airline's history, December 2013, when the airline closed under the ownership of Brindabella Airlines.

“Many of us had put a lot of effort into the AeroPelican airline, not just us, but the many staff before us, and for the airline to suddenly fold because of some silly decisions and mistakes was such a shame. The owners didn’t understand the Australian market, and it was sad to see everyone’s hard work over all those years go, just like that.”

“We were all out of a job, and a bit over it, but we thought if we want our jobs back in aviation, in Newcastle the best thing we could do was to start up the airline again."

Unable to let all that hard work go, and the brand disappear, a plan was put in place to revive the airline. With support received from Mid-Western Regional Council in Mudgee, who had been without a service for several years and recognised the benefits of having a service to their town, Marty, Paul and Emil went about reviving the airline.

“We’re all Newcastle based, I’ve been here 20 odd years, which makes me a local (laughs). We all love Newcastle and we didn’t want to leave, so in the year following the closure the three of us worked to get all the pilots who had been flying with Aeropliecan back, rewrote all the manuals, and managed to get some aircraft leases together and launched again in June 2015, under the FlyPelican brand.”

“We started the Newcastle to Sydney route and then began flying from Sydney to Mudgee. At the same time, we knew Newcastle to Canberra was a big market, so we launched those three services first, with just two aircraft and about ten staff. 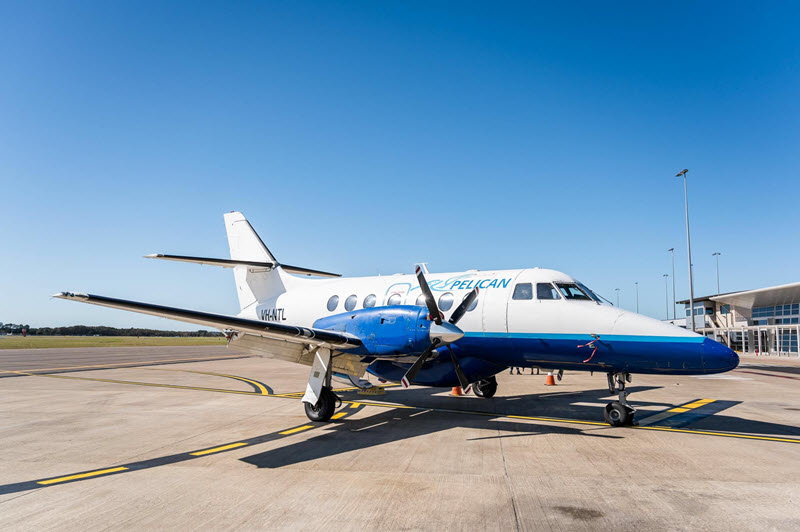 “It was very busy. It was actually crazy. I was fixing planes, answering phone calls, doing the marketing, everything you can think of.”

“Over time different opportunities have arisen, we started Newcastle to Ballina soon after with Rex pulling out of that route, and are still operating now and have been expanding from there.”

“We wanted to keep the Pelican name in there because it was so well known within the region and something we all had a lot of pride in as employees.” 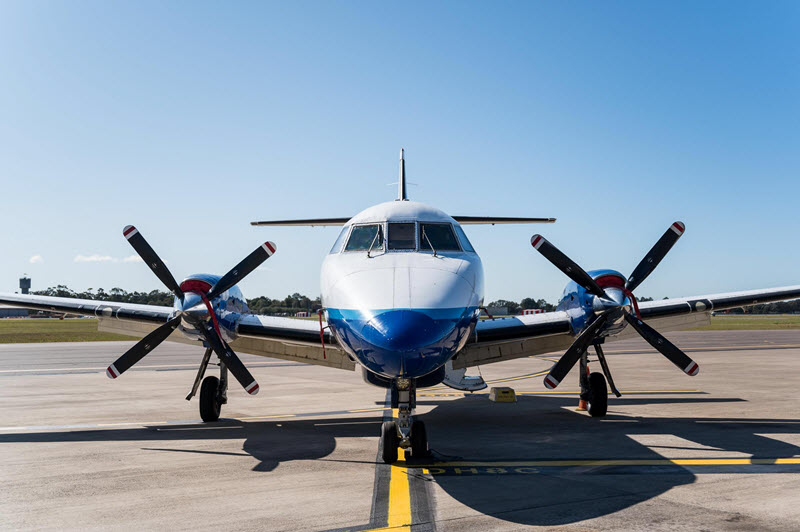 “It’s been tough, the Government are underwriting a lot of our flights so as to make sure regional communities still have that connection which is really important, especially given some of the places we fly to are quite remote. Without an air service it can hurt them big time. This has been a savior and goes until the end of the year.”

Whilst Covid has been a devastating blow to the airline it’s not all doom and gloom with Marty remaining optimistic about the future of air travel and FlyPelican,

“We have found a new market with intrastate tourism and have launched some new flights from Canberra to Ballina and Dubbo to Ballina and they’re actually doing ok. These are routes we would never have launched beforehand. The councils have been proactive in getting these happening and people are enjoying NSW which is nice to see.”

Finally, we are excited to announce that over the coming months HUNTERhunter will be partnering with FlyPelican taking you to some of NSW’s most awesome locations and covering all the best things to eat, drink and experience when you're there. Stay tuned for our first adventure which is coming soon....