It feels like it was only yesterday that we caught up with Josh from Scrubba Body, and really it was only a few months ago, back in March to be precise when he and his partner Jason opened their first dedicated retail space in Marketown.

Just seven months later and the local skincare brand has opened not only one new retail space, but two! 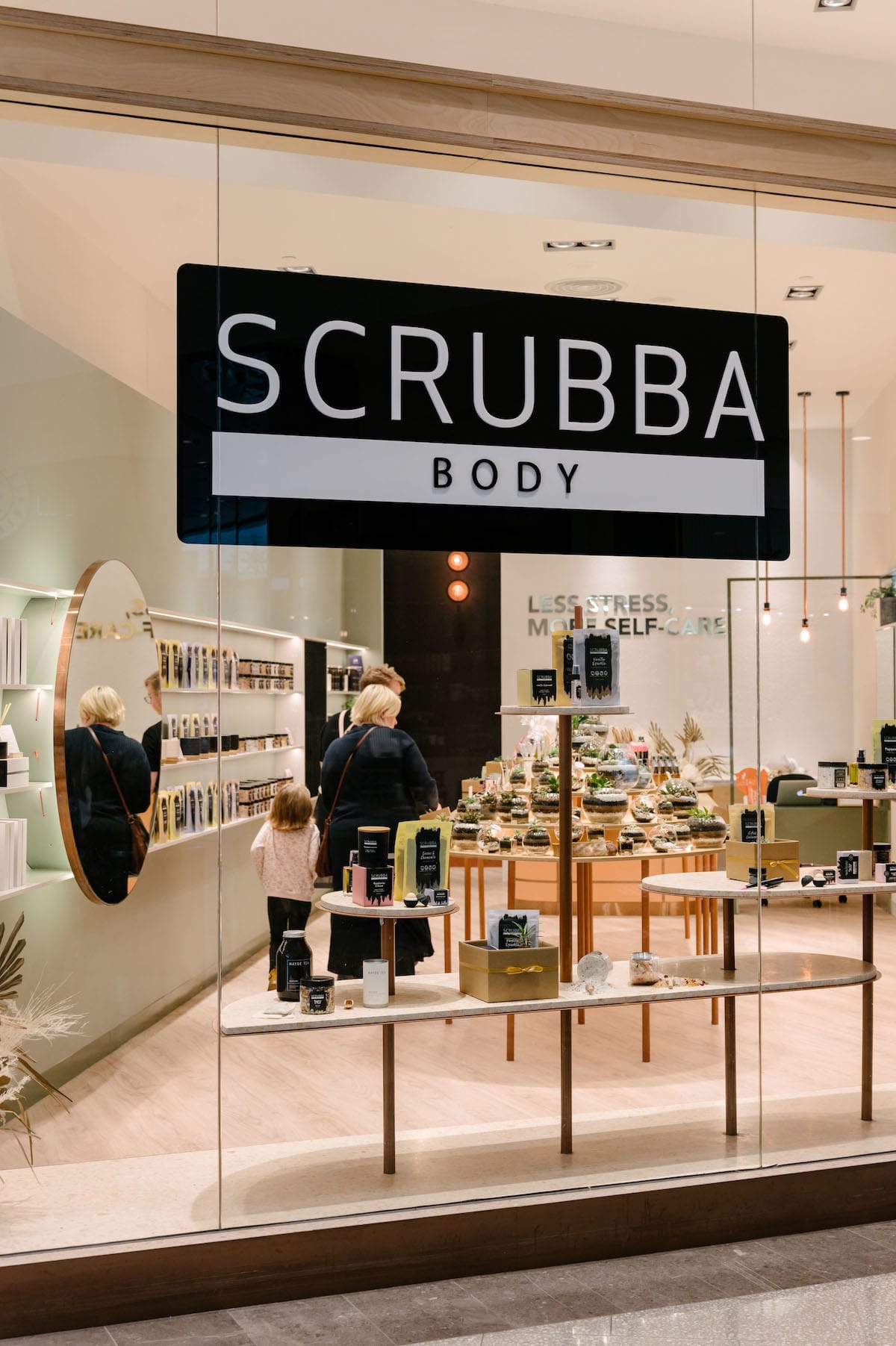 We caught up with Josh to hear all about the brand’s new success and how the business has been doing during the global pandemic in one of the new stores; Scrubba Body at Westfield Kotara.

After being headhunted by Westfield Kotara themselves, Scrubba was pitched a space in the previous optometrist shop on level two across from Carla Swimwear. Taking over the lease for 12 months and completing the fit-out, the store officially opened to the public in early October. 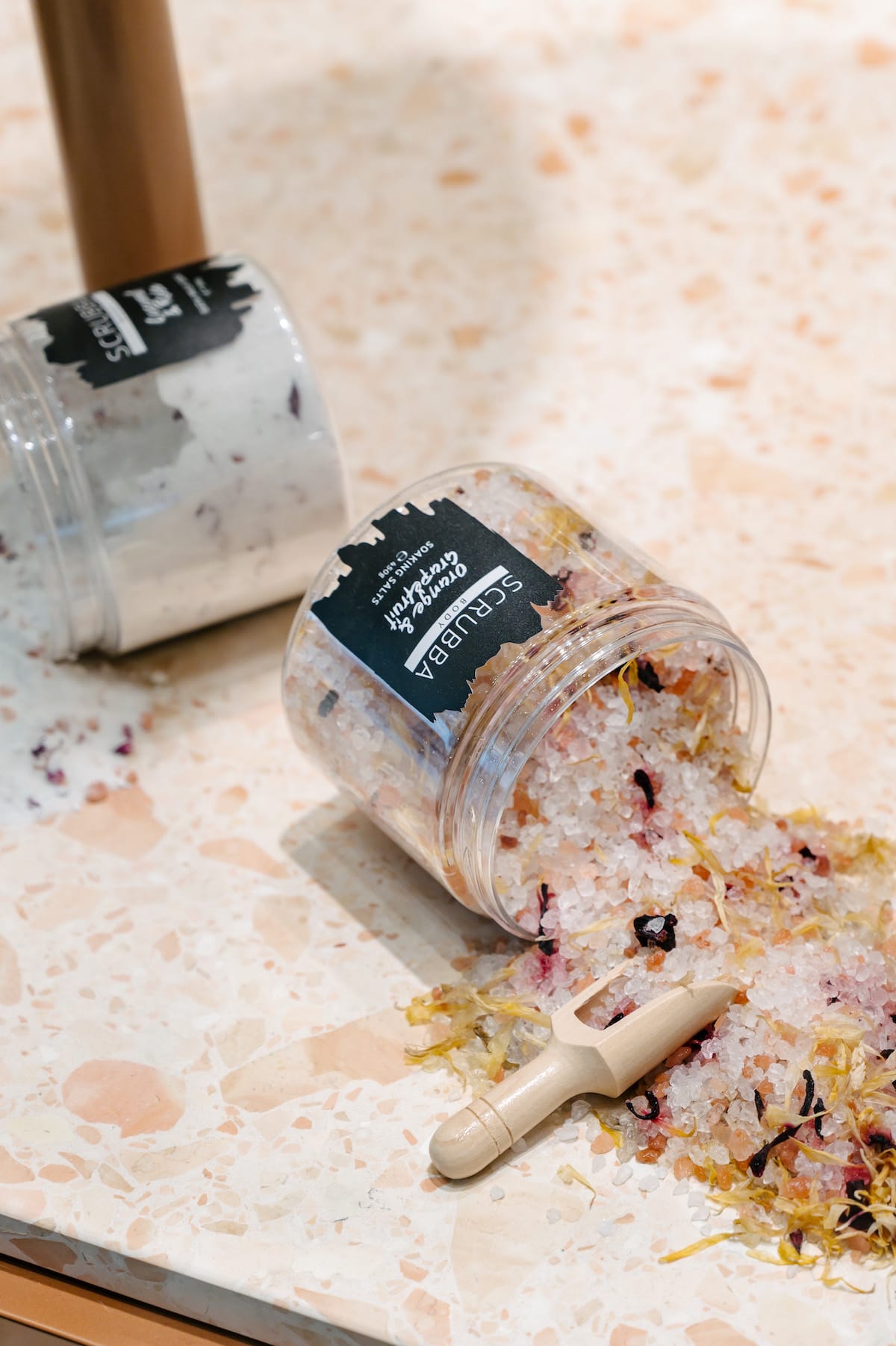 Josh was lucky enough to utilise most of the previous tenant’s fit-out, just touching some of the signature Scrubba pieces including tying in their black on the back wall and of course filling the space with all the wonderful gems created by Josh and the team. 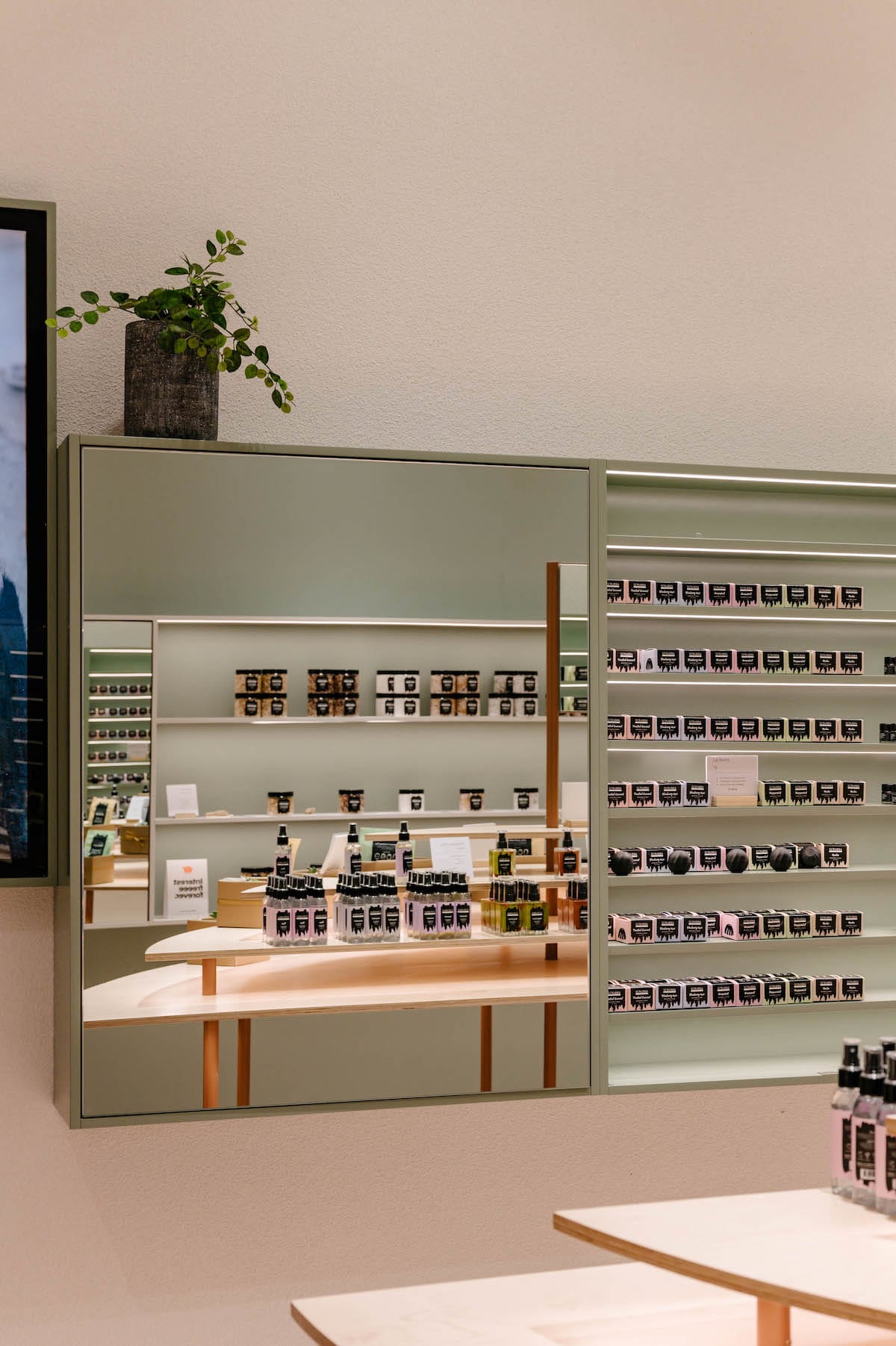 “We were really lucky because we got to reuse a lot of their fit-out. The mirrors were already there, the table, the counter; we were very lucky. We put the black on the all at the back just to tie in the little bit of black we have on everything, but everything else was already here.

“Because this space was an optometrist, we’ve got the space to potentially make products here as well.” 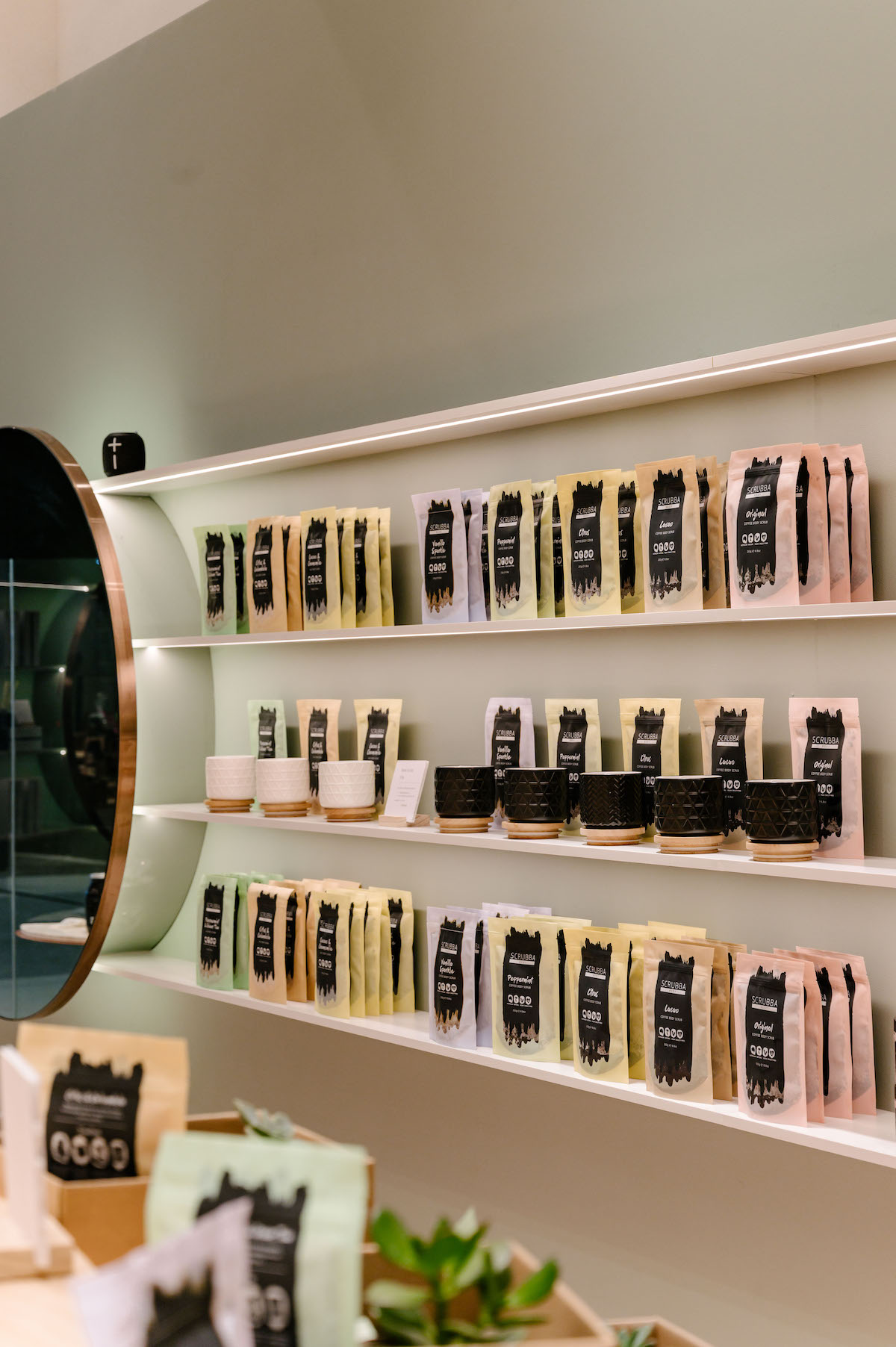 In just a short time frame, Josh also signed up to open another Scrubba store at Stockland Greenhills to operate until the end of the year. With a very similar story, Josh was lucky enough to utilise all the leftover pieces from previous tenants to create Scrubba store number three! 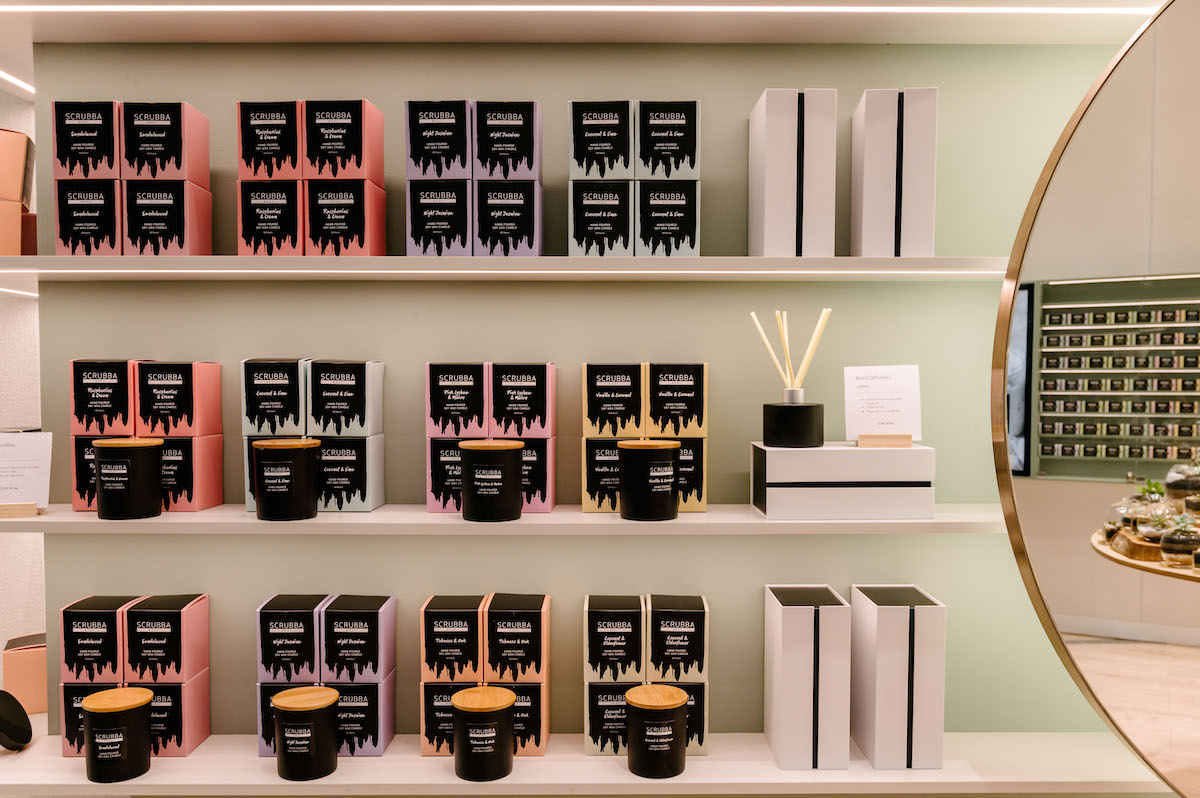 “I want to have something that ties all the venues together, but I like that they’ve all got their own personalities.”

We remember catching up with Josh in March just as the Marketown space had opened, and hearing how excited he was to finally have a dedicated retail space for the brand, but did he ever see himself operating three in less than a year? 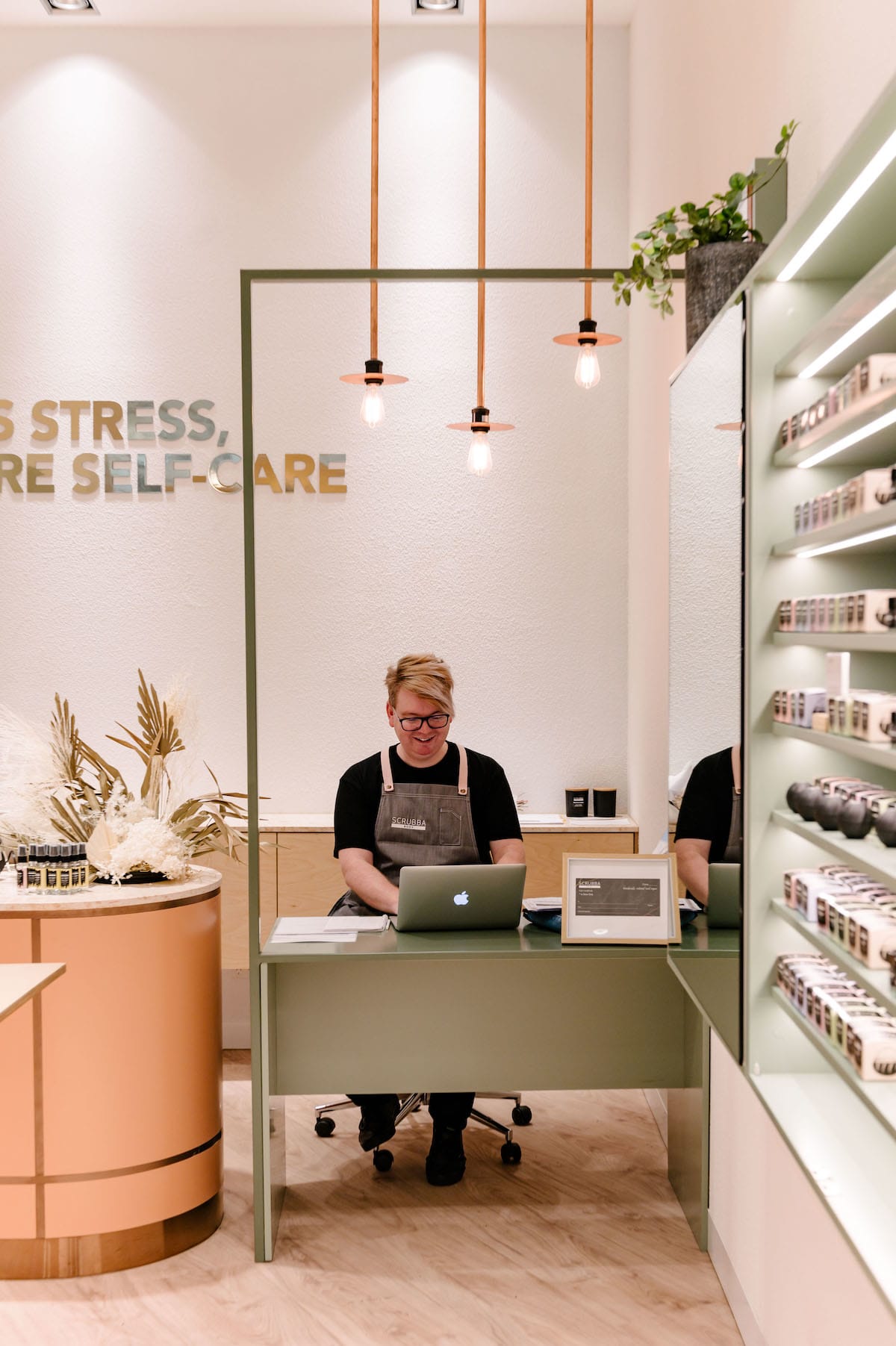 “We’re also doing a pop-up at Charlestown for Christmas so that will kind of be like our fourth one for the year!” 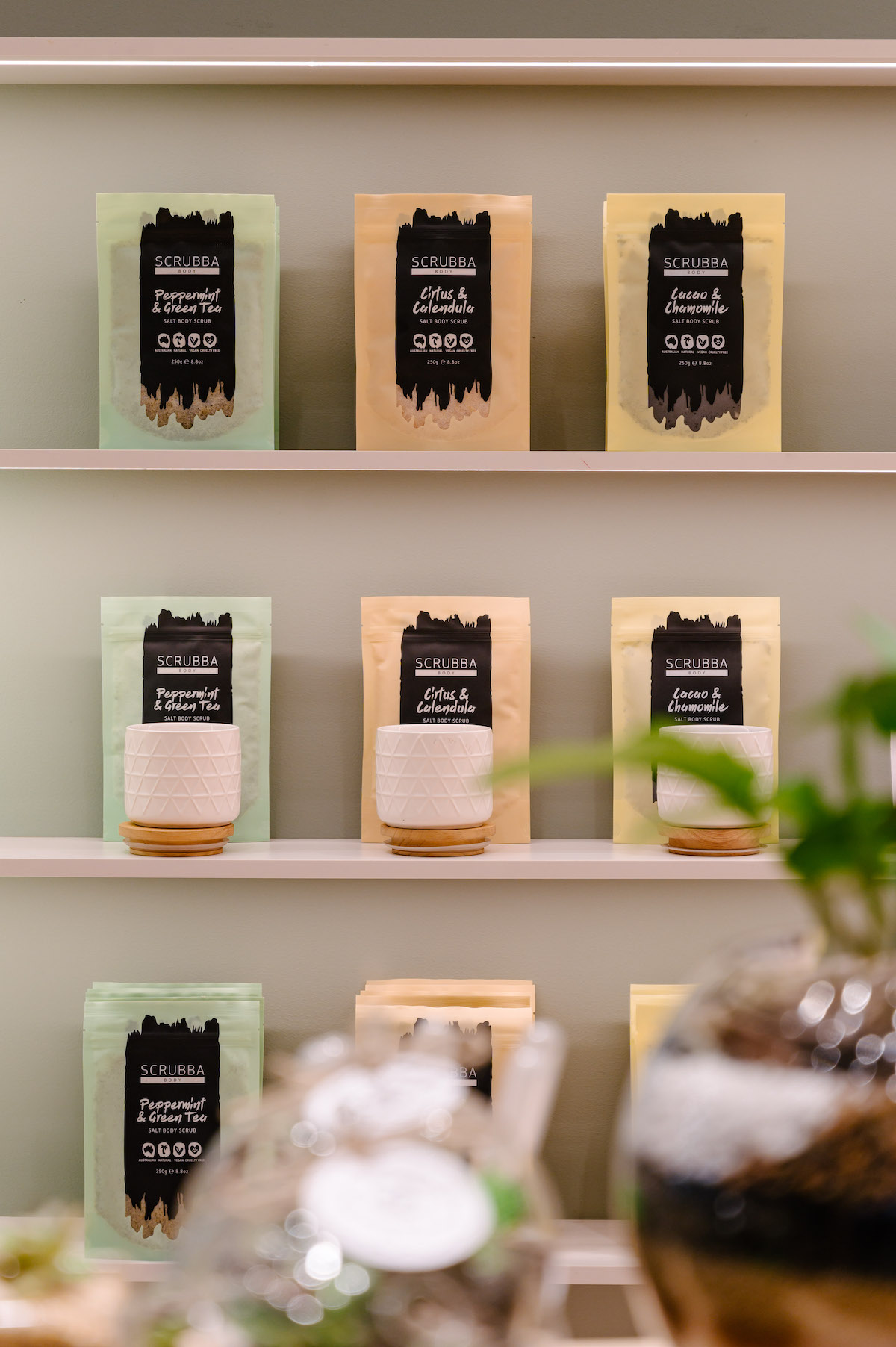 Going from just three staff in March, Scrubba Body will have 14 employees by the time the Charlestown pop-up opens.

“I still can’t believe we’re at this point; it feels very surreal. When you’re in it and making everything happen, it’s just like you’re working away, but when you step out and look back, you really go oh shit; here we are!” 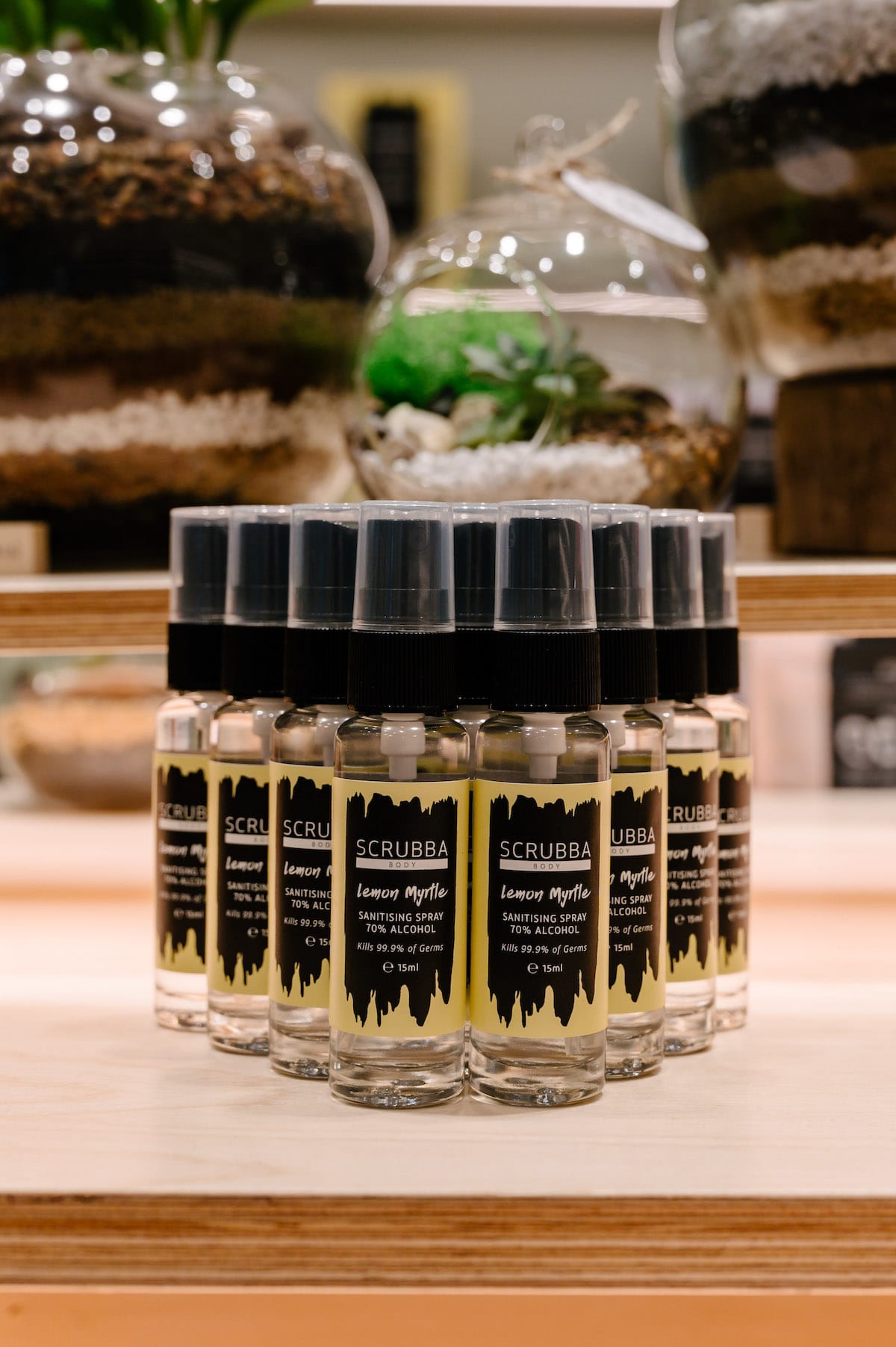 Still creating all their signature products such as the mighty popular Body Scrubs, Lip Balms, Candles, and more, Scrubba also stocks a range of other local products including terrariums and DIY terrarium kits from White Space Crafts, reusable organic cotton pads from EKKO Skin, dried florals by Blooms on Darby and even the well-known Byron Bay brand; Mayde Tea. 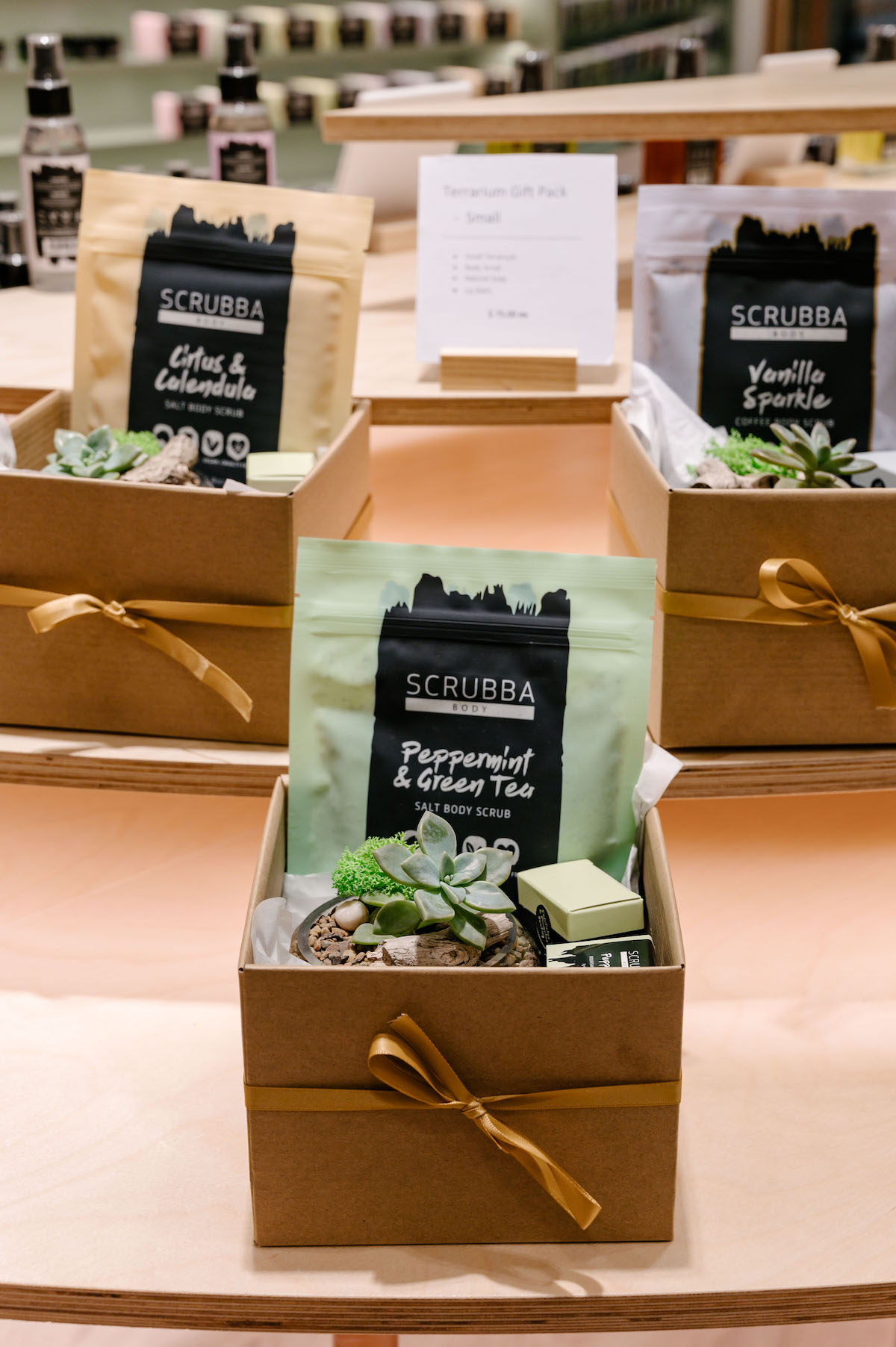 The brand has big plans for workshops potentially kicking off in the new year, but until then, shoppers can stock up on goodies for themselves (or for Christmas gifts) from Scrubba at Marketown, Westfield Kotara, Stockland Greenhills, the pop-up store at Charlestown Square (Nov-Dec) or even online!

Old school by name but not in practice, Kylie creates all-natural products to help you feel and look good everyday.