Native ingredients grown Australia wide are available to you in Redhead

Both HUNTERhunter and Oz Tukka acknowledge and respect the Awabakal people, traditional owners of the land on which Oz Tukka operates.

Linda Dipper was on the hunt for some wattle seed and lemon myrtle for a cheesecake recipe when she discovered Oz Tukka 18 years ago. She quickly became one of their most loyal customers and an advocate for native ingredients.

In 2016 Linda and her partner, Ray Kochel, purchased the business from original owners, Peter and Bente, and have been successfully expanding the exposure and knowledge of native Australian ingredients ever since. 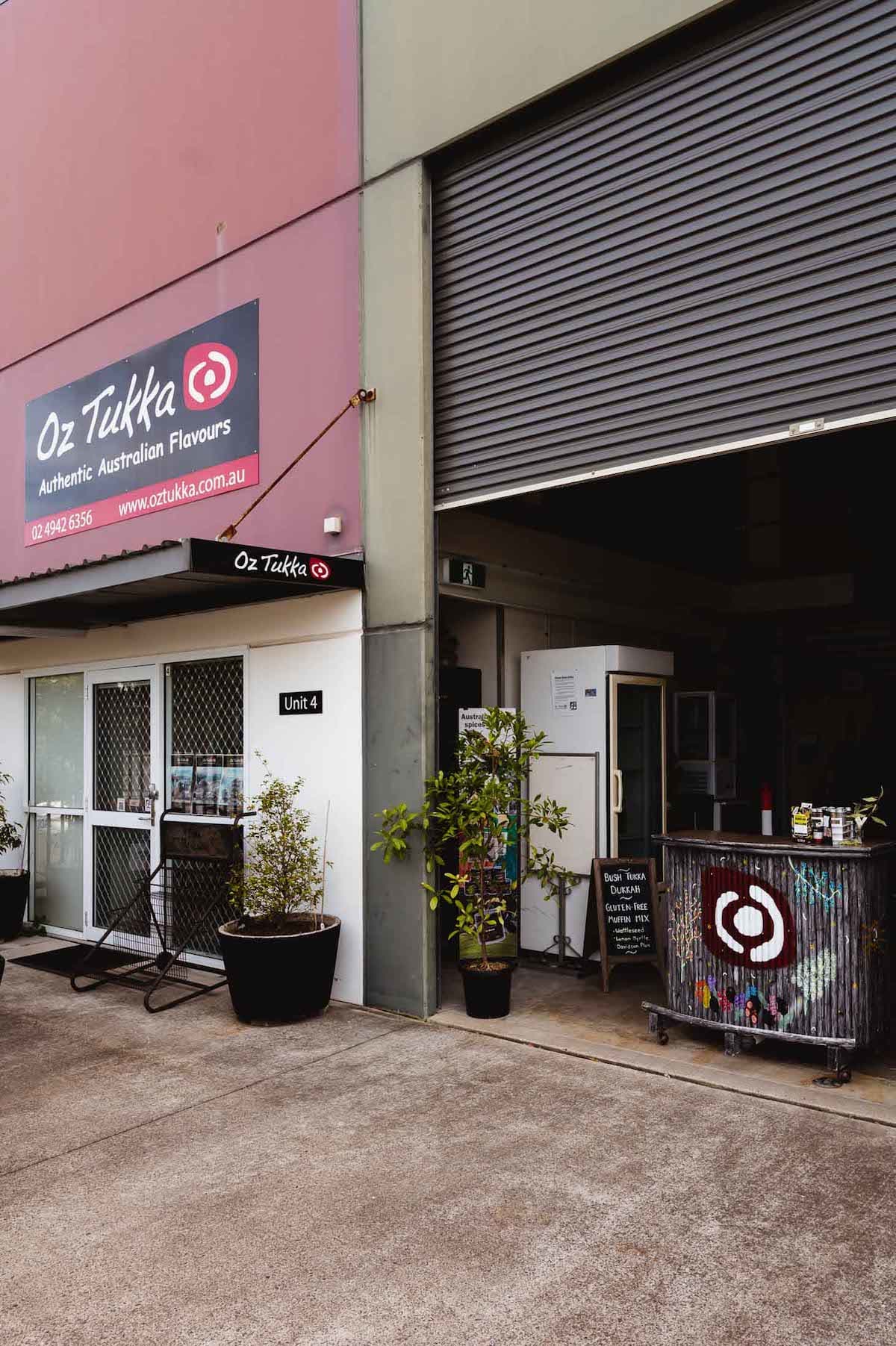 Both making the leap from the motor vehicle industry, Linda and Ray threw themselves into the deep end when taking over Oz Tukka, buying the business within days of hearing that owners were selling and quickly bringing one of their biggest dreams into fruition.

“I wouldn’t have it any other way.” –Ray

Since taking over from Peter and Bente, Linda and Ray have expanded Oz Tukka’s product range from 6 botanicals to 39. They’ve kept the brands infamous native muffin mixes (new flavours pending) and are discovering new flavours and new ingredients weekly. Within the last few months, they have been busying themselves with local restaurants, spreading their knowledge of Indigenous ingredients into Newcastle’s culinary community.

Aware of the lack of native ingredients incorporated into mainstream cooking, the couple are sharing their knowledge with chefs, students and anyone interested in native ingredients of the benefit and diversity that they behold and the unmatched flavours they bring to the plate.

Most recently, Oz Tukka have worked with the Happy Wombat in developing their new native inspired menu, making them one of the first restaurants in NSW to use Kunzea on a menu. Kunzea is a versatile native plant that has benefits both inside and outside of the body. Bring out the strong and robust flavours of the plant by roasting it with your meat and veggies or use Kunzea topically to relieve skin irritations and inflammation. 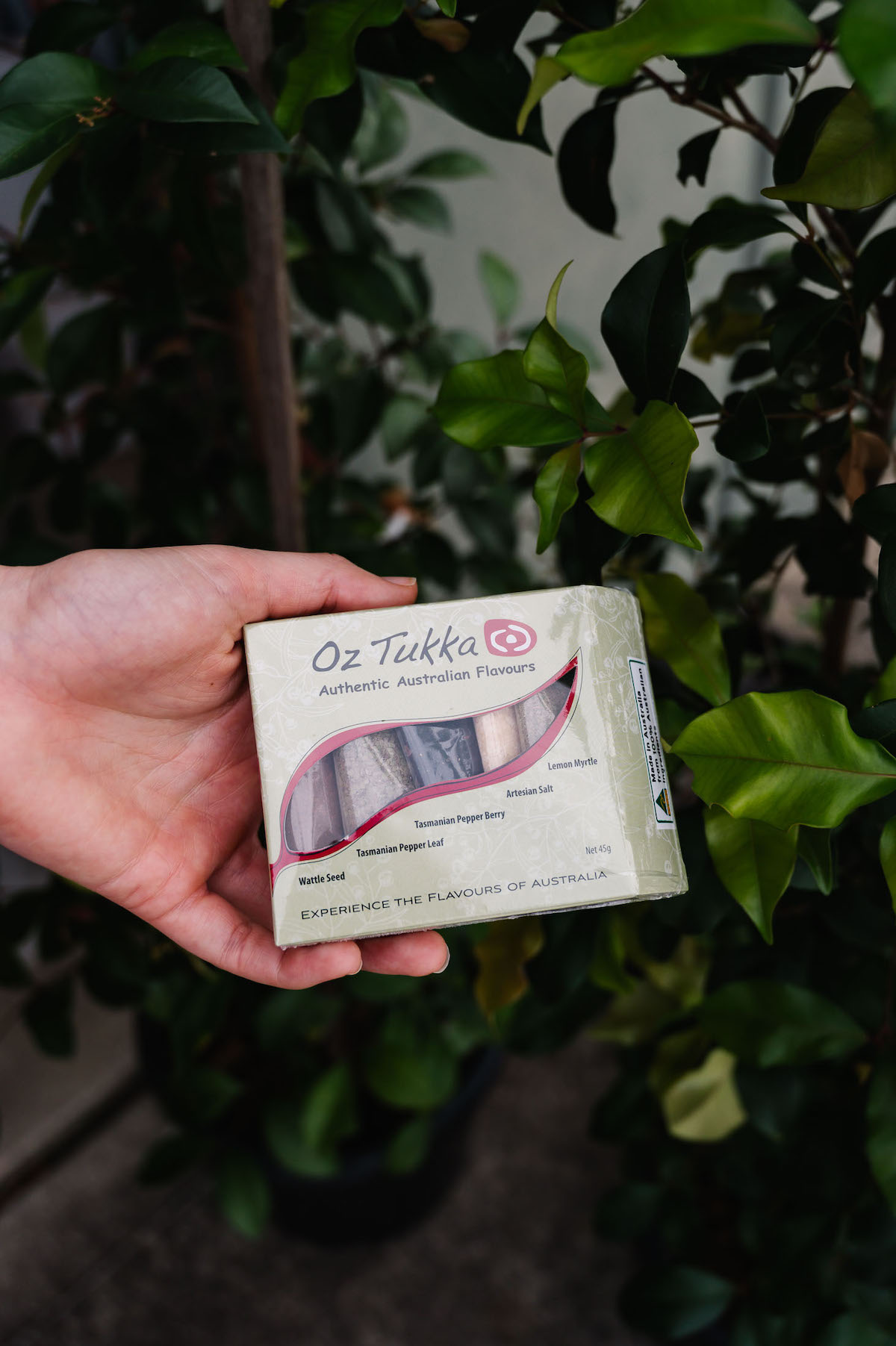 Spreading awareness of native flavours and making people aware of the diverse range of flavours Australia is home to is the main goal for Oz Tukka right now.

“Embrace real Australian food, not meat pies, and don’t be scared to try it. Parsley, sage, rosemary and thyme, we’ve got all that in Australian versions and it tastes better and it’s better for you.” –Linda

With ingredients sourced from all over Australia –from Barrington to Tasmania to Central Australia and the Great Artesian Basin –Oz Tukka is Newcastle and the Hunter Valley’s only local retailer of purely native ingredients. Operating on the land of the Awabakal people, Oz Tukka endeavours to source as much product as possible in a way that supports Aboriginal enterprises.

You can find Linda and Ray at their Redhead warehouse throughout the week or at Newcastle City Farmers Markets on Sunday’s and the Lake Macquarie City Farmers markets every second and fourth Saturday of the month.