Hallstrom Co was originally created out of a hobby and interest in the science in creating chemical free Black Garlic.

What on earth is black garlic? That is exactly what I wanted to know when well-known local chef, Josh Seaward reached out to tell me about his new business venture; Hallstrom Co.

Josh is a talented chef with years of experience in the industry. Working in some of the best restaurants and Gastropubs around the world and now resides and works in Newcastle; where Hallstrom Co was born. 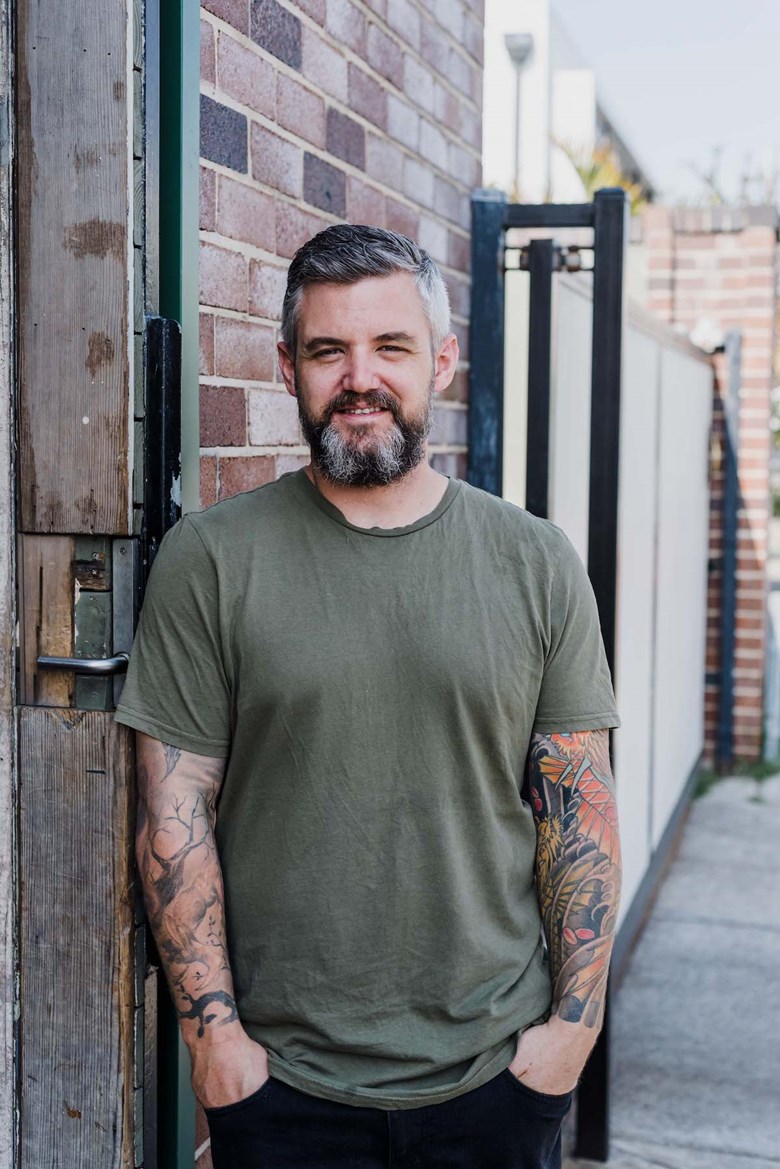 “I had a real interest in the mechanics and the science behind how black garlic was made. So, it originally started as a hobby and it’s definitely grown into something a bit more than just a hobby now,” Josh told me.

So, let’s get back to it. What is Black Garlic?

Well, the simple answer is, it’s black. Following a bit of research, I learned that to make Black Garlic isn’t exactly a walk in the park. It is time-consuming and must be the ultimate labour of love for the creators. Starting out the same as any ordinary white garlic, but over the course of a few weeks, to even a few months and in a very controlled environment, Black Garlic is created! 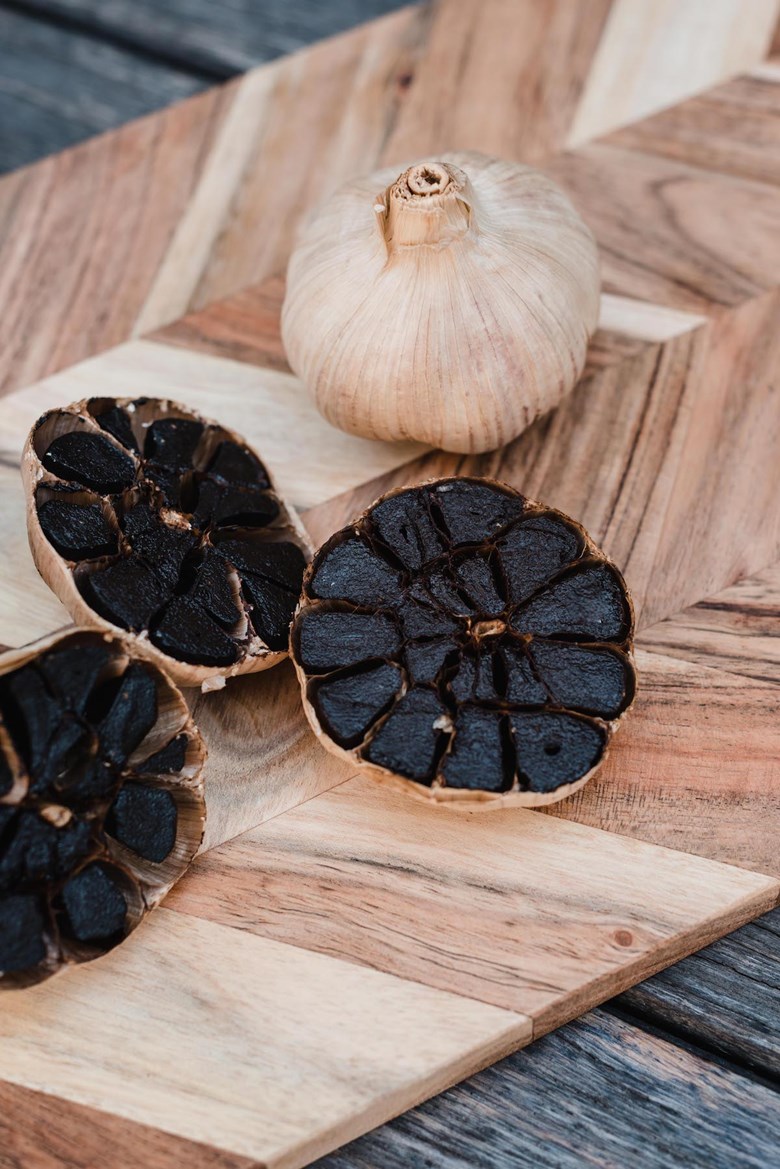 “It’s called a Maillard reaction, it’s the amino acids and sugars reacting and caramelising over a period of time. It’s the same as when you cook steaks and it browns, or when bread browns. Our Black Garlic is made in batches to ensure the very best in quality and taste. Each taking up to 70 days to produce, the results are outstanding.

The flavour is not what you’d expect. It tastes absolutely nothing like garlic, instead it’s been thought to have flavour characteristic similar to that of tamarind or reduced balsamic. Rather than being used to cook in meals, black garlic is more of a flavour enhancer, something you can stir through your meals at the end, or even to be used as a condiment alongside your cheese board. 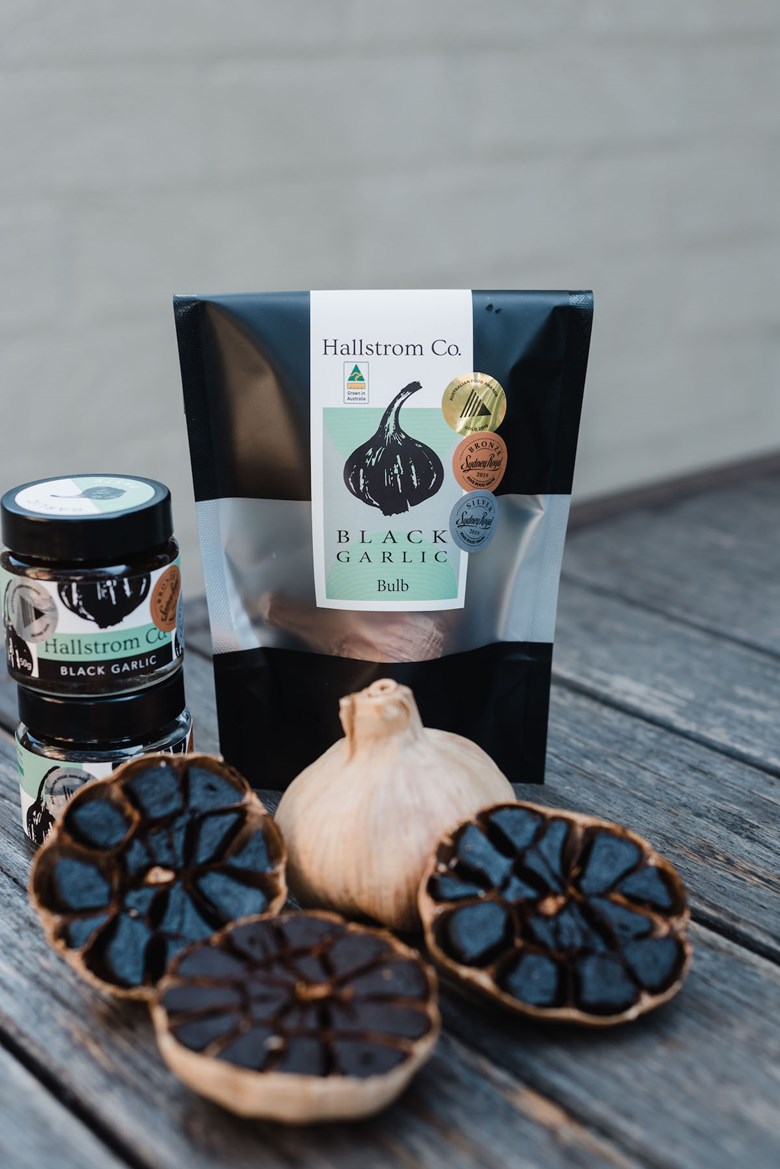 So, what exactly are the benefits of black garlic?

“Black garlic itself is really rich in antioxidants, super good for you as far as health benefits goes. It’s ten times better than raw garlic, because it’s concentrated. As far as using it, the list is endless. You can have it just as it is, using it as a condiment on the table on cheese boards. Or, it can be added as a flavour enhancer to foods. You could add it to a Carbonara pasta or a lasagne and even just tossing it through mushrooms. It’s the ultimate flavour enhancer.”

Since they’ve nailed their Black Garlic products and have been successfully distributing to a number of Newcastle and Hunter Valley restaurants, Hallstrom has also recently launched into other products. Including their Pickled Black Onions, Black Apples in Spiced Syrup, Black Garlic Salt Flakes, and Cold-Infused Black Garlic Honey. 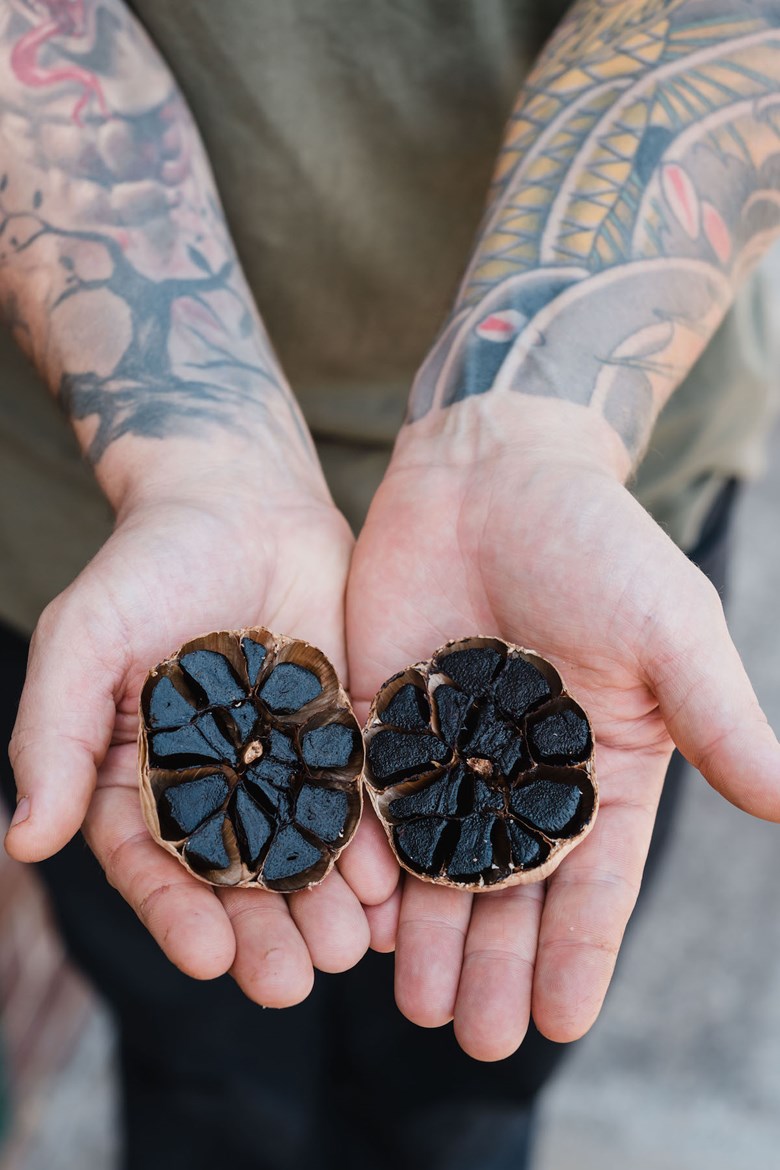 “Currently we’re doing a cold infused black garlic honey. The honey is sourced from a small honey supplier up in Lovedale. He’s sending about 20kg buckets at a time, and it’s just really nice honey; it’s called Huey’s Honey. We’re also doing black shallots. It’s a similar process, and it takes about the same amount of time. We’re also doing it in a paste just like the black garlic, and we’re doing black apples as well; they’re really cool. We jar them and do a spiced syrup just to keep them as a preserve.

“Once we get our next batch of garlic we’ll be doing all different flavours of marinated garlic, chargrilled peppers, and artichokes.”

Whilst doing all of this creating and perfecting of their incredible products, Hallstrom has also been busily making quite a name for its self, winning in the Australian Food Awards as well as the Sydney Royal Fine Food Awards. The Black Garlic won Gold and Silver and at the Australian Food Awards in Victoria, and Silver and Bronze in Sydney at the Sydney Royal Fine Food Show.

“You send down all the best products that you have. It’s all blind tasting. We have to send ten of each jar, and ten of each pouch, none with labels. We also send one of each with a label. The judging process goes on taste, look, smell all that kind of stuff, and then they do one on the label as well.”

So, have we managed to get your taste buds tingling or maybe piqued your curiosity? Well, if you’re keen to try some of Hallstrom’s products, there are a number of ways in which you can get your hands on them! Order online from the Hallstrom website, if you’re in Newcastle you can head along to Pork Ewe Deli in Mayfield, Willows Home Traders on Darby Street or to the Newcastle Food & Flower Markets in Shortland. If you’re based in the valley, you’ll be glad to know the Smelly Cheese Shop stocks the whole range!