Opening on the first of April 1985, Cooks Hill Books has been lucky enough to witness the evolving scene on Darby street. Originally taking up a space further up the street in an old run-down building in 1983, owner, David McLean bought up the iconic corner shop spot on Darby Street to grow out his book collection.

For the vast majority of us Novocastrians, we know Darby Street as the bustling cafe and restaurant epicentre of the city. David tells us that 30 years ago, it was a very different place. 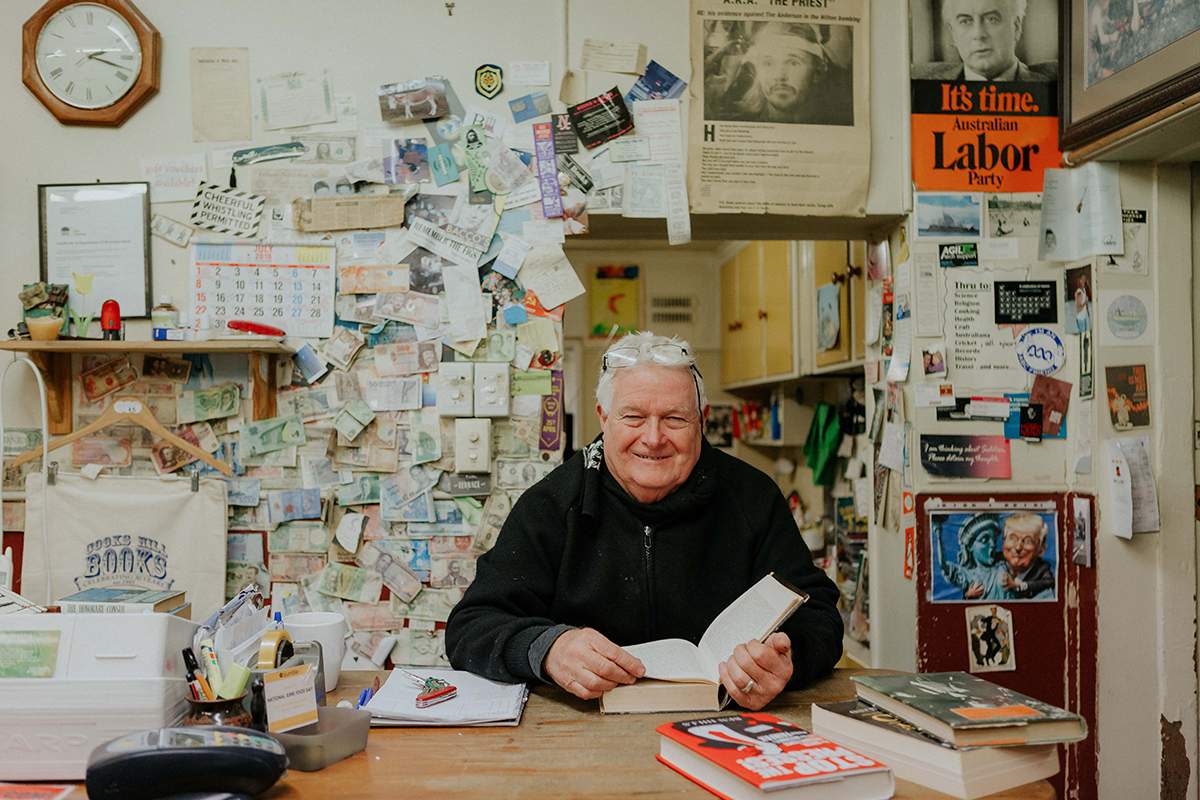 “It was kind of a little run down. There weren’t many exciting shops. There had been an antique dealer that repaired old furniture…there was also an old building at 82 Darby St, that downstairs there was a picture framer, upstairs three artists were working and next-door, a bric-a-brac shop...at this time I was renting half of the upstairs and for only $43 a week”

Can you imagine paying $43 for a prime position on Darby Street today? Insanity!

Originally hailing from Nebraska, U.S.A, David immigrated with his family to Australia at just 18 years old. Living in Sydney for the most part of his early twenties and started up his first business; a bicycle shop.

“I’d had a bicycle shop in Sydney. But it was too strenuous, and I burnt out. Sydney became too crazy, so I moved to Dungog and spent three years there. I got so bored, rolling tennis courts…so, I thought in desperation maybe I could have a bookshop. So, I applied for a job at Rice’s [bookstore], and he said no. So, I thought, maybe I can set up my own.” 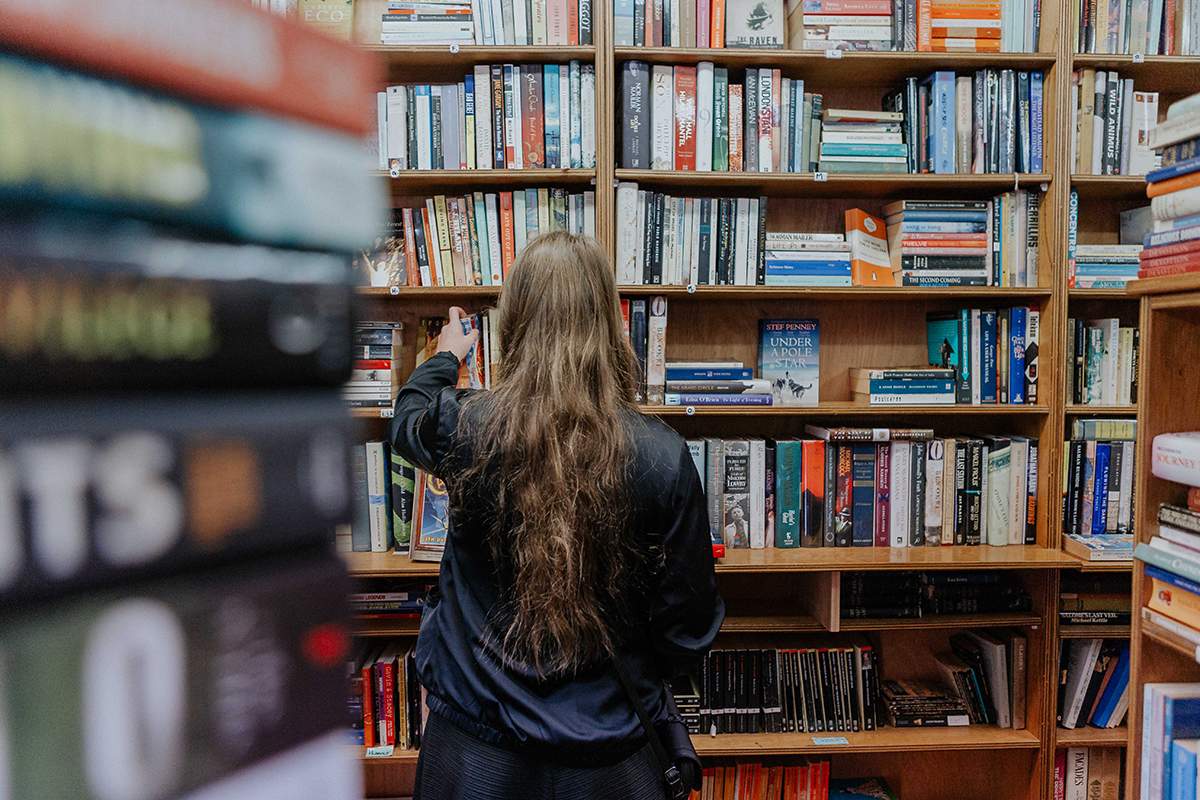 David’s love for books grew out from his time at University,

“I always loved second-hand bookshops, and I’d spent months and months just hanging around the library at Sydney Uni…I just loved the variety of books… they help display the immense diversity of human curiosity and knowledge.”

With such an immense selection of books; it’s a wonder where David and his business partners source all of their items. 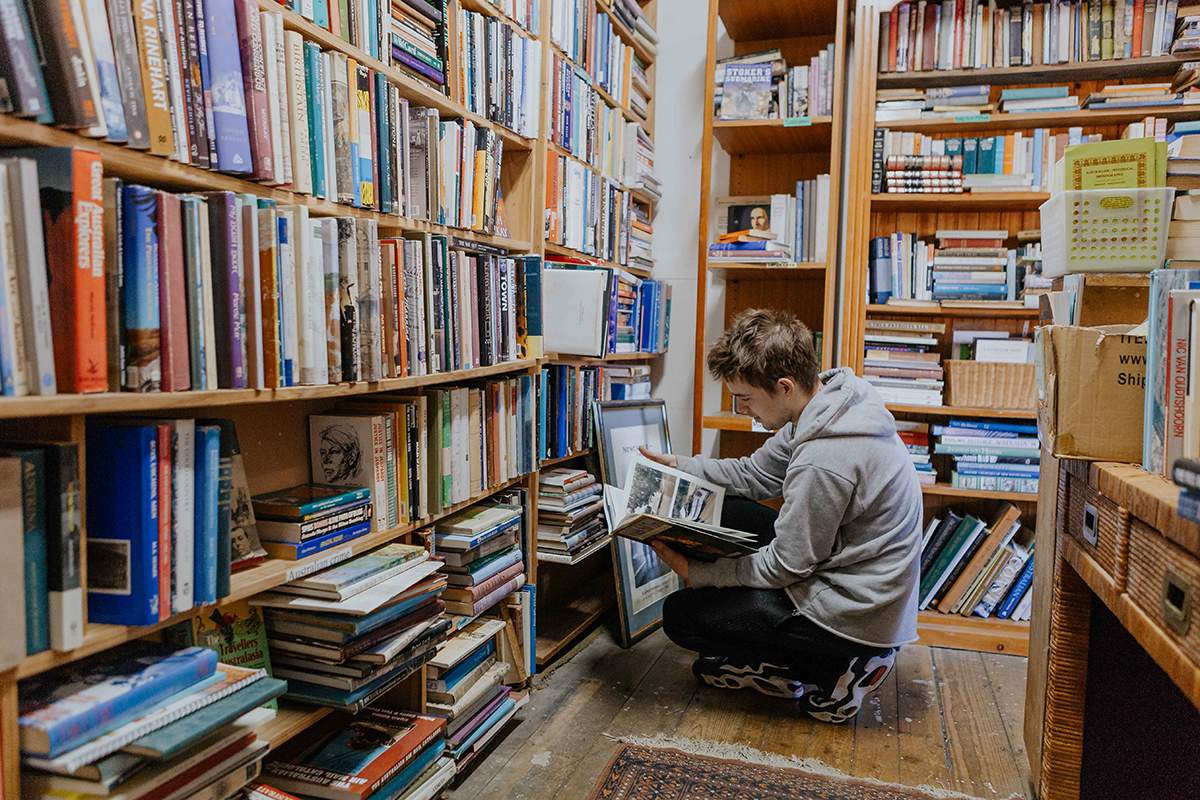 “Here, there and everywhere. Book fairs, charity shops, op shops. People bring them in. Some donate them.”

With society’s growing need to buy and own new items, Cooks Hill Books is a little treasure right in the heart of our city, that promotes the love of old and gives second-hand books a new life.

“With second-hand books, you aren’t at the whim of the publishers of the moment, you can look over a vast amount of time with old books. Some books are classics, and they need to be kept in circulation…the other thing I know is that every single person has different tastes, and nobody can cater to all of these tastes.” 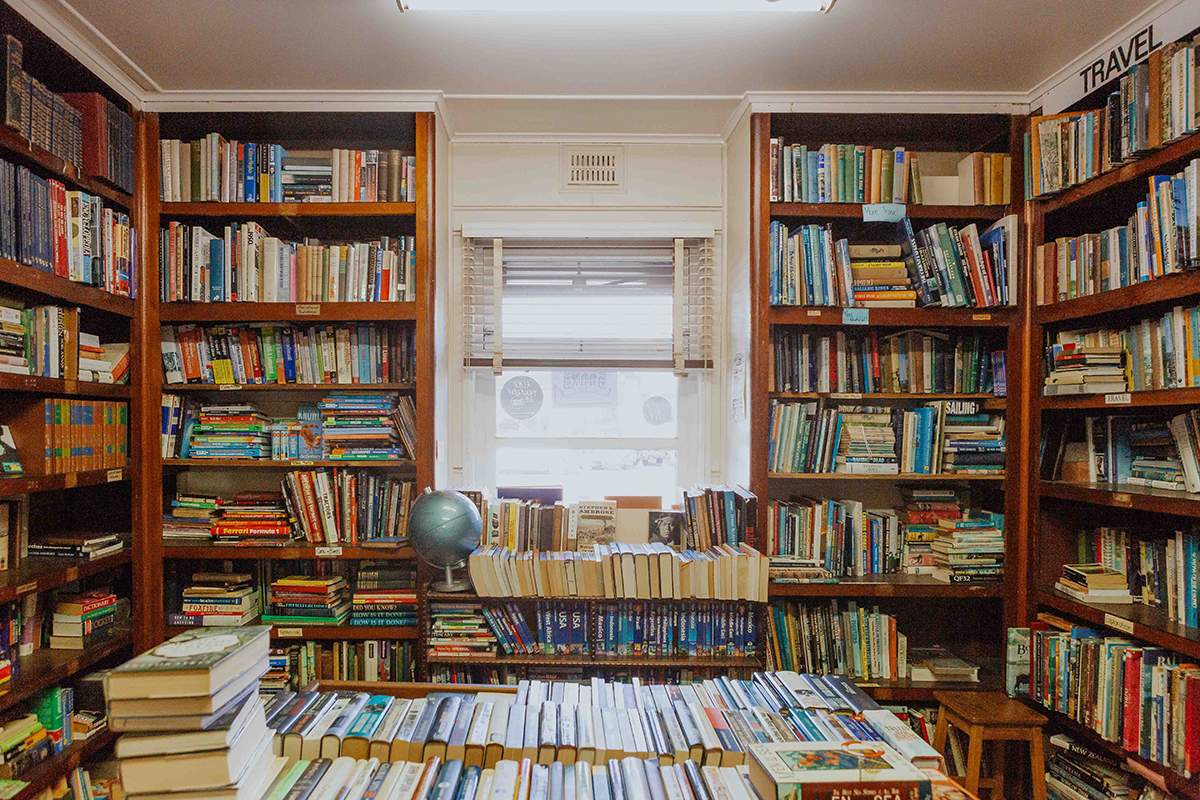 Some might be interested to know what the secret to staying in business for 30+ years, and David is the man to ask. With a wealth of knowledge and trading through some of the hardest financial times, David brings it down to continually finding the positives; day in day out.

“I’ve always said that I’d stay with it as long as the positives outweigh the negatives, and there’s just so many positives in this business. The people, the books, the variety…Every day when someone says that this is a really nice shop; that keeps me going.”