Hand-painted bicycle bells that have some serious style

Founder and head honcho of Beep Bicycle Bells, Jana Lindström, said that there’s more to Beep than just kick arse bike bells. "We aim to inspire people to get outside, life healthy lives while minimising their carbon footprint.”

“But also we find people use our bells for a lot of different things, people have bought them to use as doorbells and I’ve actually fitted them onto motorised wheelchairs because their sound usually isn't very loud and people don’t recognise it, but with our Beep Bells, people recognise this sound, that old classic bring and they move out of the way.” 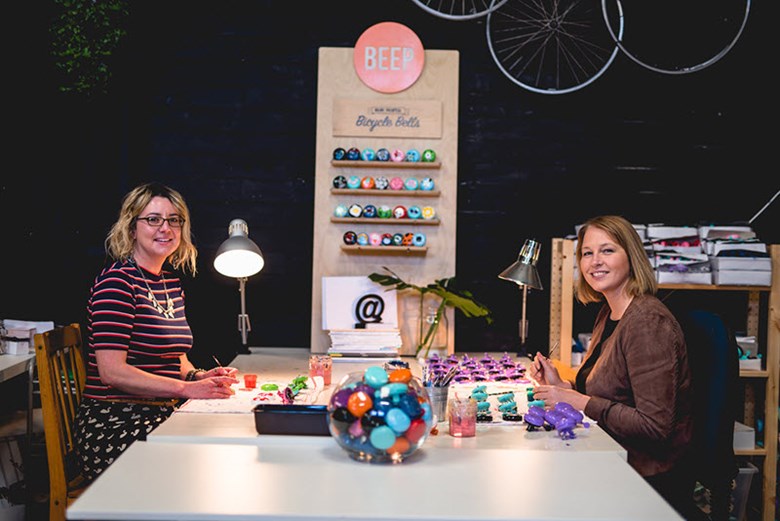 “Our product has such a hand crafted element to it and because it supports clean and healthy living and just getting out there we are finding that it’s ticking a lot of boxes for a lot of people. We supply about 80 stockists now, everyone from Monsterthreads to electric bike companies and art gallery shops. 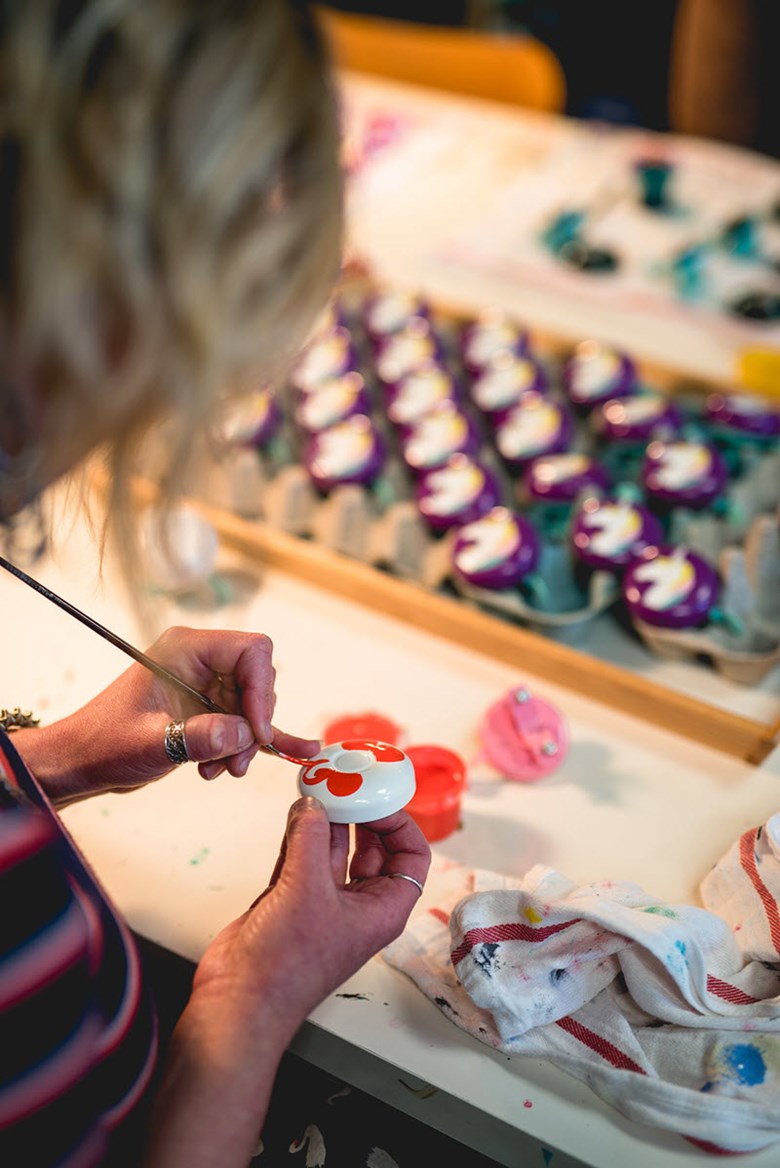 “I’m originally from Canada and I get a lot of requests from the States asking when we’re going to sell to the US. We are in the process of setting up Beep Canada to supply North America. In the meantime, I am hoping to grow another set of arms!

“All the production will remain here, as it’s an Australian brand and I want to keep it that way because it’s synonymous with Australian outdoor adventures and creative vision.

“We also collaborate with Australian artists, like Newcastle artist Trevor Dickinson, and we have created fundraising bells for Camp Quality and Optus for the Tour de Cure. Basically, we just want to encourage people to step away from the screens, get outside and have great adventures.” 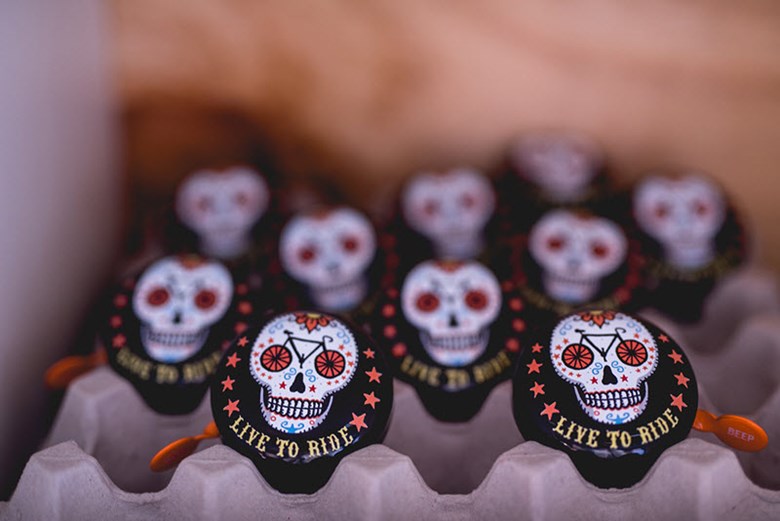 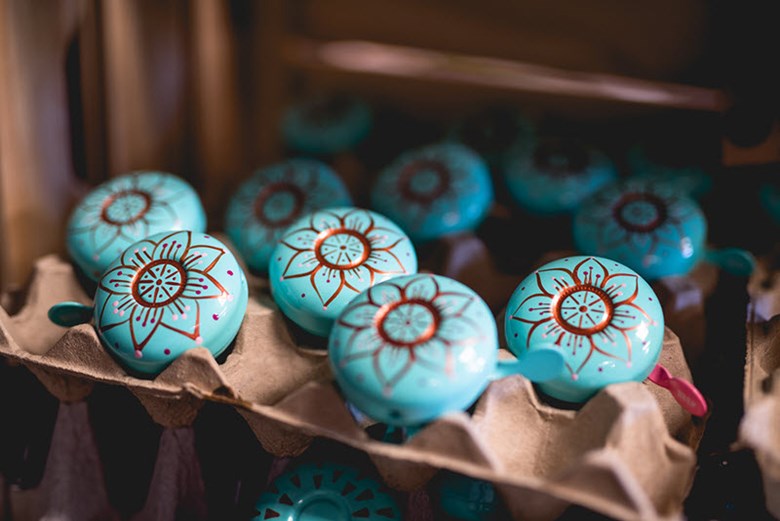 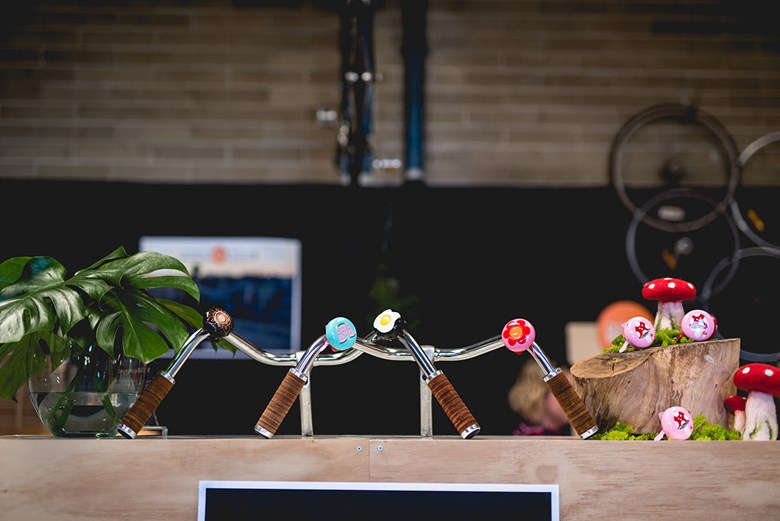 How did Beep Bicycle Bells all come about?

"My mother was an artist and my father was a photographer so I’ve always been around art and design. I went to university for Environmental Studies and focused on sustainable urban design then I worked in some NGO’s for a while before moving to Australia. We began our Aussie family and Beep emerged as a culmination of everything that’s important to me, the creativity and Beep supports cycling which is the most sustainable form of transport in the world. My crazy French-Canadian husband is a fanatical bike rider and we used to ride all the time even through the winter in Canada, but since I’ve had three kids it’s just a little bit more varied" 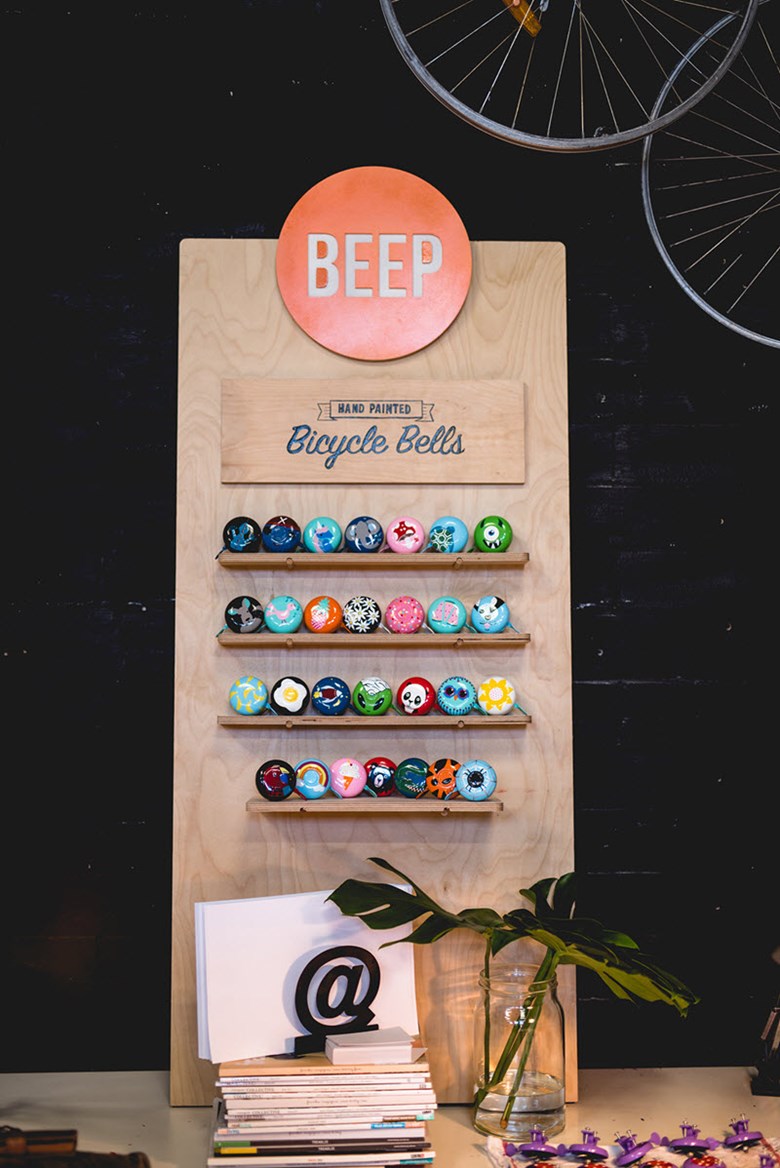 So can anyone be trained to be a painter?

"Not anyone, my first employee, I saw her making Chinese dumplings and I thought there is a dexterity in her hands and attention to detail, which are important skills. I have trialled quite a few people and probably out of 30 people only 8 people have gone onto work for me. We’ve had a yoga teacher, jewellery designer, a coffee shop owner, having patience is also a big thing.

"It’s one of those jobs that takes a long time to train up. Carly is a professional artist, she’s had her own shows and murals and it took Carly around three months to learn. It’s all in the detail - each one has to be almost exactly the same. You need to have consistency, especially with the shops, even though each one is unique they expect the same product, but they are hand painted so there are going to be little divergences."

There seems to be a lot of love out there for Beep Bicycle Bells?

"Beep has a really wide audience from grandparents to the cooler 20 year olds, anyone really. There has been a lot of hard work and love going into Beep and I think the uniqueness of our hand-painted bells is why we have caught the attention of Treadlie, Frankie and Momentum Magazine. We were also in ABC TV’s doc Bespoke which was fun! Beep is in a great position and the future is exciting."