Plenty of big things happened in 1984…

It was also the year that Brett and Lou started their careers in travel. Significant? Perhaps not so much at the time but fast forward to 2018 and what we discovered is an incredible journey of travel, business and an extraordinary new office space on Newcastle’s Hunter St. 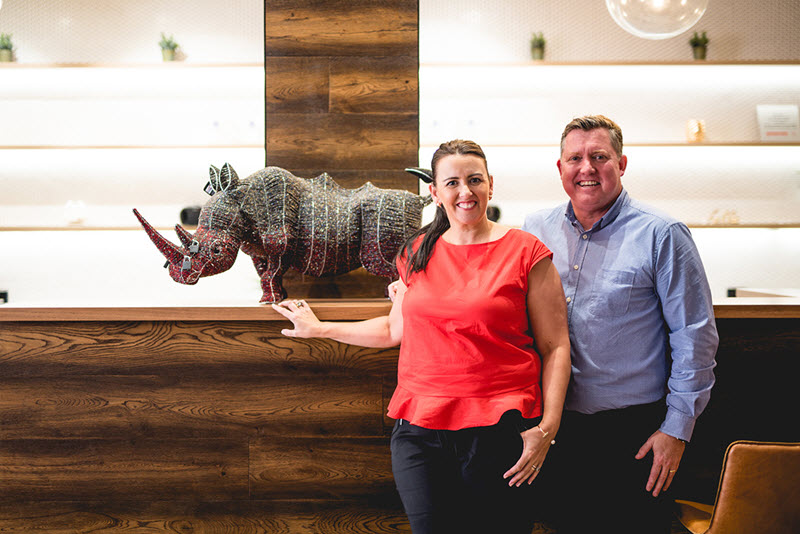 Brett, ‘I started working in the travel industry in 1984 with the original Jayes Travel Company, which at the time was owned by the Jenkins family. When they sold the business it was purchased by NBN and then it was sold onto Ansett, at that point it became quite a corporate style business that was managed outside of the Newcastle area which I didn't think worked in a business sense.

'In 1999 I decided to leave and together with then business partner Helga Saxarra we set up our own travel business which was based in Toronto. That was our first office and it’s still there today. Following the collapse of Ansett in 2001, a significant number of local jobs were jeopardised and it was at that point that the Hunter Travel Group expanded in a bid to protect as many local jobs as possible within the Tourism industry.

‘We started in Toronto with just two staff, today we employ around 150 people in 25 locations nationally.

‘We’re now considered to be one of the largest privately owned and managed travel agency groups in Australia with Helloworld Travel, Cruise Travel Centre, Travel by RACT, Great Events and Signature Journeys all operating under the Hunter Travel Group name, and our head office is right here on Newcastle’s Hunter St.’

And what an office it is….

Located opposite the NeW Space, the six levels of office space resembles more luxury hotel lobby than travel agent's office. From the cozy lounges, privacy booths and bar-esque style reception desk, you could easily get comfy and start making all sorts of crazy travel plans here.

Brett, ‘I travel a fair bit so I get to see how other travel agents approach the retail travel experience, I always wanted to do something different and for us that was creating a very innovative space. 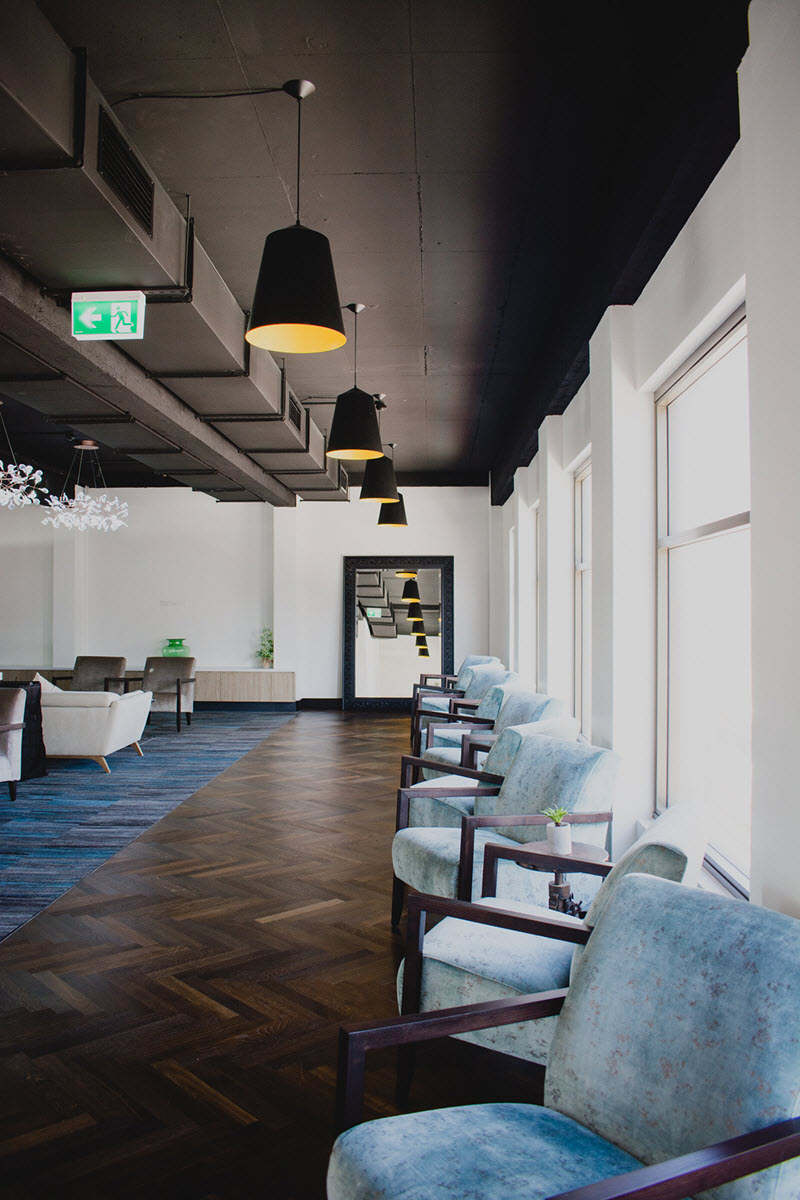 ‘We wanted to get away from that transactional approach to travel, instead build a space that people feel comfortable in and can just come and have a chat with no expectation of a sale’.

In the four floors above the retail space you’ll find the Business Travel Level, a Groups/Product/Marketing level, the Admin/Finance/HR/Sales Team and on level four is “The Explorer Lounge”. 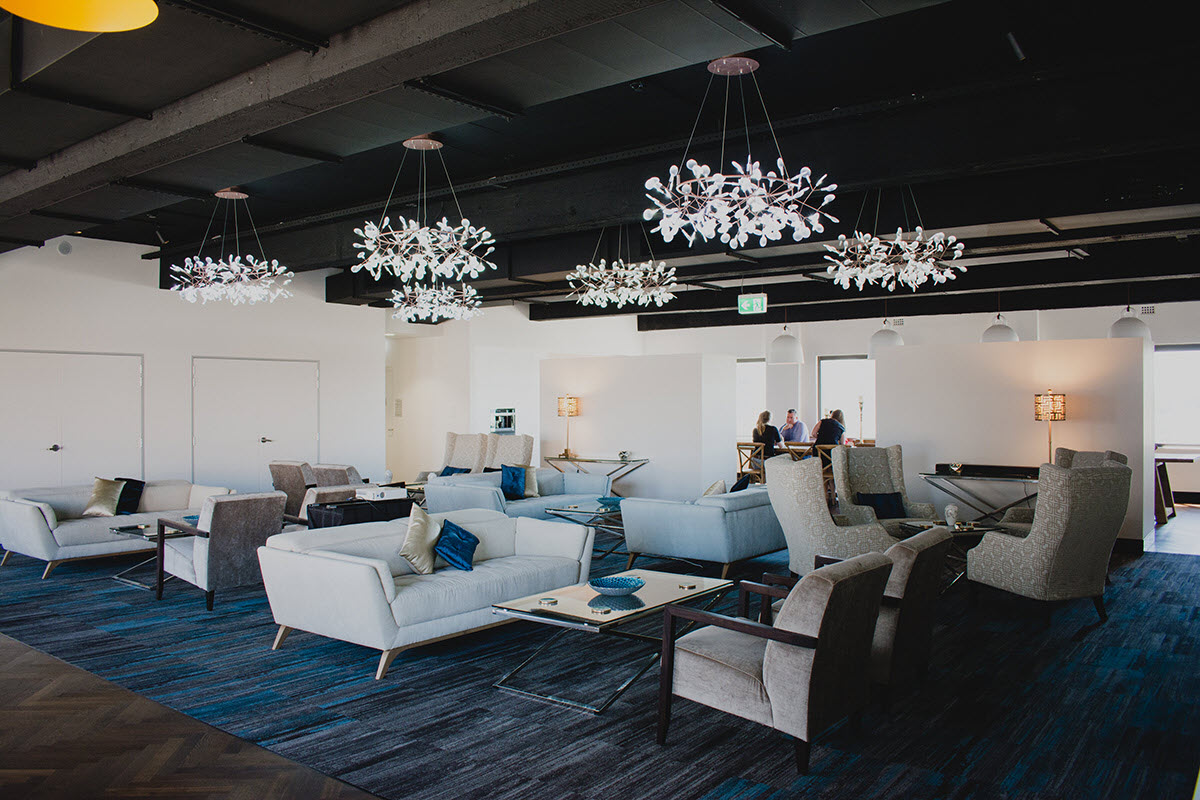 Coming with a fully equipped kitchen and massive family dining table the space has been designed to be used not only by the HTG team but for businesses looking for a unique meeting room or conference space. Coming complete with harbour and Hunter St views Brett said,

‘The Explorer Lounge has been modelled on a First-Class Airport Lounge or the Club Level at a luxury hotel, it is a really versatile space that has already been used by some businesses in the area for small board room meetings and larger corporate functions.

'There’s a real lack of conference and meeting space in Newcastle, and what can be booked you don’t have control over. ’The Explorer Lounge’ for us was all about creating our own destiny and our own space. We wanted that control so we created a space that we could book and make changes to whenever we wanted.

‘With the renovation now mostly complete we can now start focusing on bigger projects, one being the first ever Australian charter of the U By Uniworld vessel, The B. 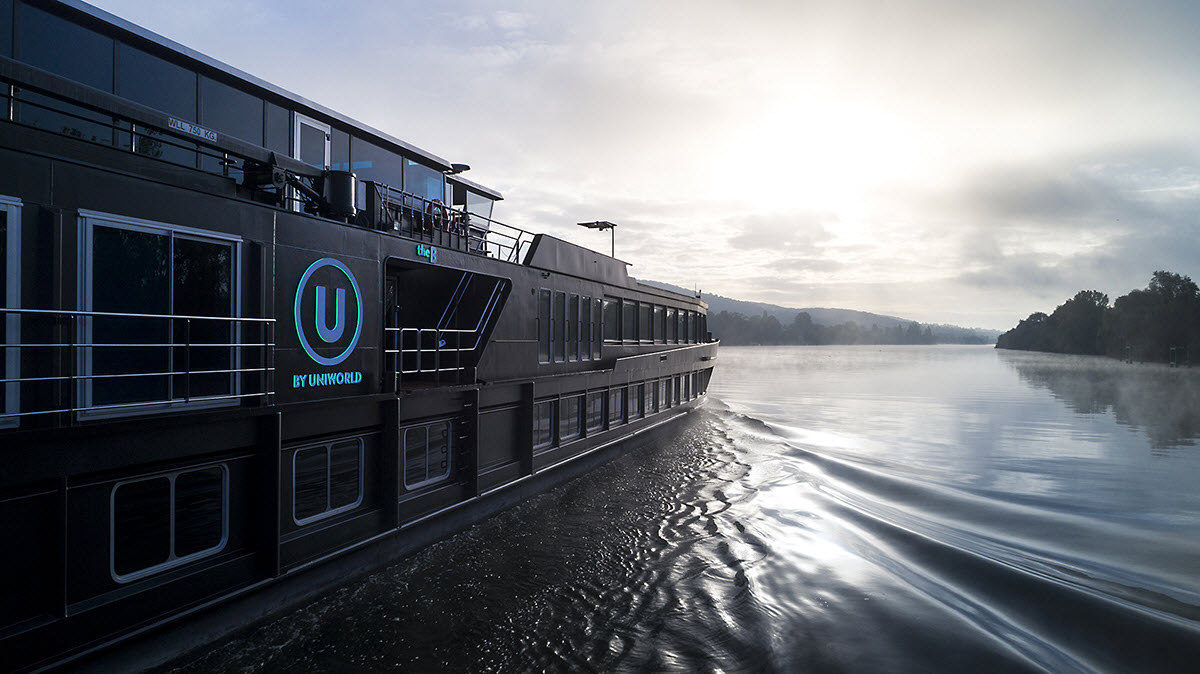 'The Seine Experience' cruise ship that Brett & Lou will be escorting.

'The ship itself will play host to TV series The Bachelor and heart-throb Arie Luyendyk Jr's search for ‘the one’. The cruise departs from Paris for our exclusive charter on June 16 of this year. It’s Australia’s first ever exclusive river cruise for all ages, with everything included, but at almost half the cost of traditional river cruising products.

'In collaboration with U By Uniworld, Lou and myself will personally be escorting this river cruise along the Seine for what will be the trip of a lifetime. 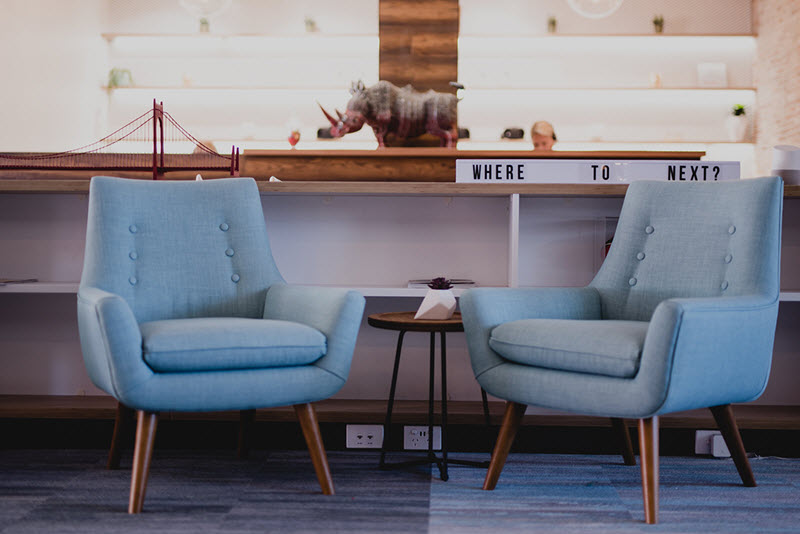 ‘We’re really proud of what we have built here in Newcastle, the focus we have put on training and creating a culture where the staff feel more like the owners of their own business.

'It’s an exciting time to be in travel and we’re really excited about seeing how people interact with the new space we have created here at 450 Hunter Street and invite people to pop in and have a look.’