“A newspaper in Scotland once described The Castanet Club as ’12 people playing tennis, all of them serving at once.’ To witness a concert was to be bombarded with joy. This started an hour before the show and stopped you from getting to sleep hours after the show finished.

“In the golden age of Pub Rock, while INXS, Cold Chisel, and Midnight Oil toured their biggest albums, this group of local artists, actors and musicians formed what was essentially an old school vaudeville troupe and started packing the Workers Club, The Palais, The Cambridge, The 16 Footers, and every other beer barn in Newcastle and eventually Sydney.”

The Castanet Club story will be available for viewing on the Stories of Our Town YouTube page from Thursday the 21st of October with more information on the project on their website here. 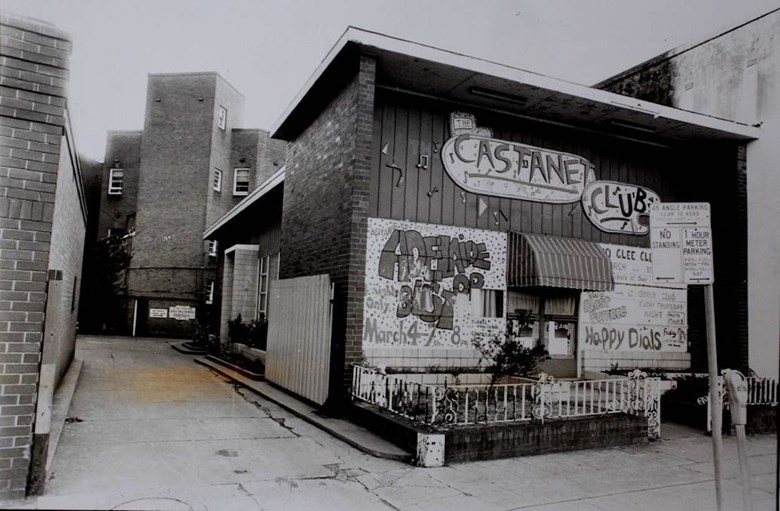 Produced as a part of a much larger 'Stories of Our Town' project, the series of 12 short stories will each tell a different aspect of Newcastle's history, as told by those who lived it.

These uniquely Newcastle films are being brought to life thanks to the dedication of musician, historian, director, and TV personality Glenn Dormand and Tony Whittaker of Carnivore Films. The films are free to viewers as they want to be a gift for the city from the filmmakers.

These are not dry retellings of familiar tales. They are the stories you don’t know. The ones that make you smile, laugh out loud, shock you, make your toes curl, bring a tear to your eye, but mostly fill you with pride to call yourself a Novocastrian.

Produced in partnership with Port of Newcastle, University of Newcastle, The Newcastle Museum and Library and Art Gallery, the Real Film Festival, the Australian Museum, NBN, and the Newcastle Herald, to name a few, Glenn described the project as, 'something we can all be proud of, it’s time to present Newcastle and our stories on the International stage.'

The film will be available on the official Stories Of Our Town website. To learn more about the project and view other films in the project, such as Star Riot Hotel and the BHP Newcastle head to Stories of Our Town.

Send Newy floral good vibes across the country with The Grateful

Eat, drink, shop, and more at these local businesses in Mayfield