A talented team of two living the creative life

We graduated just after the GFC and it felt like Newcastle was at its lowest point. Job opportunities were limited and we were hungry for the Melbourne creative experience. So we, as many of our friends did, left Newcastle for a bigger city…each Summer we returned on our annual trip we noticed a change and began to re-appreciate the city – finally seeing the opportunities here.

Living the cool cat creative Melbourne lifestyle, Amanda and Scott Kirkman, also known as Shorthand, returned to Newcastle in 2014 to a creative land of opportunity.

The small two-person design studio has scored themselves some impressive accounts in the four years they’ve been working together both locally, nationally and have even cracked the international market. Now based in their Watt St co-working space, Scott and Amanda are loving life, and chat to us about just how they’ve created the perfect work/life balance in Newcastle.

Is Shorthand a partnership between the both of you?

Scott – Yes it is. We plan on keeping it like this for as long as possible and contract in rather than expanding. We like to keep things simple and as specialised as we can.

Amanda – It works well for us as it means that we can hire different writers, photographers, and freelancers as we need them. It gives us the flexibility to work with the best specialists for each project rather than hiring a full-time jack of all trades.

What kind of clients have you been working on?

Our clients are of all sizes and industries however they do seem to be getting bigger as we progress. We’ve now worked with Newcastle Now, Everymind, Downer Group and Revitalising Newcastle to name a few, but we still love working with small business. 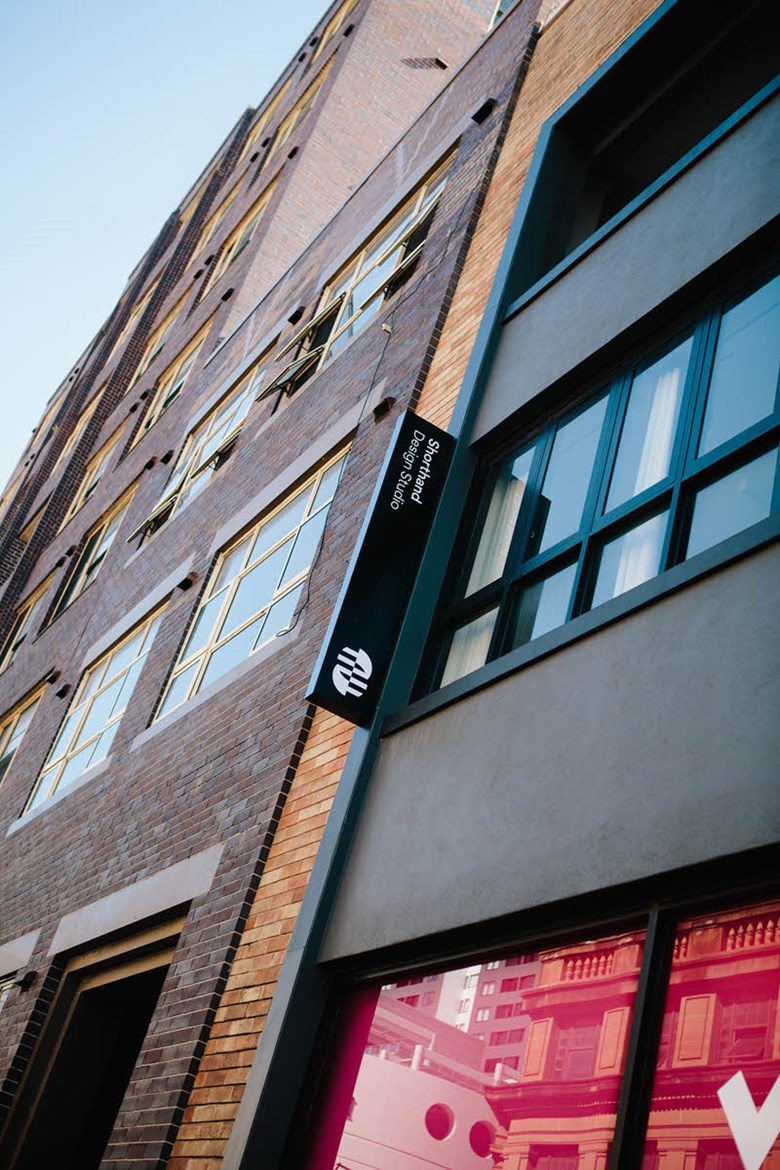 Amanda – Scott and I met at Newcastle University and moved to Melbourne in late 2009 after graduating.

Scott – We graduated just after the GFC and it felt like Newcastle was at its lowest point. There were few jobs here and we were both hungry for the Melbourne creative experience. So we, as many of our friends did, left Newcastle for a bigger city.

Where were you working in Melbourne?

Scott – I was working at FutureBrand, which is a global brand consultancy. Whilst there I worked on major accounts including Cricket Australia, Public Transport Victoria and GPT. We also did a lot of work for Crown Casino including a highlight for me, Shane Warne’s Club 23 bar. I didn’t get to meet him unfortunately but we did get to have plenty of amazing lunches at the Casino. Melbourne was such a great experience; we still have clients from there. If it wasn’t for that we wouldn’t have been able to go out on our own.

And where were you working Amanda?

Amanda – I worked at a creative agency called Mustard on the Kmart account before going out on my own in Melbourne. This involved working with a range of businesses and also freelancing with other agencies.

Around 12 months later Scott also left agency life to work for himself – so when we decided to move back we knew that we couldn’t compete against each other in Newcastle and that it just made sense to start a studio together. People were sceptical about the idea of us as a married couple working together, but we make it work! 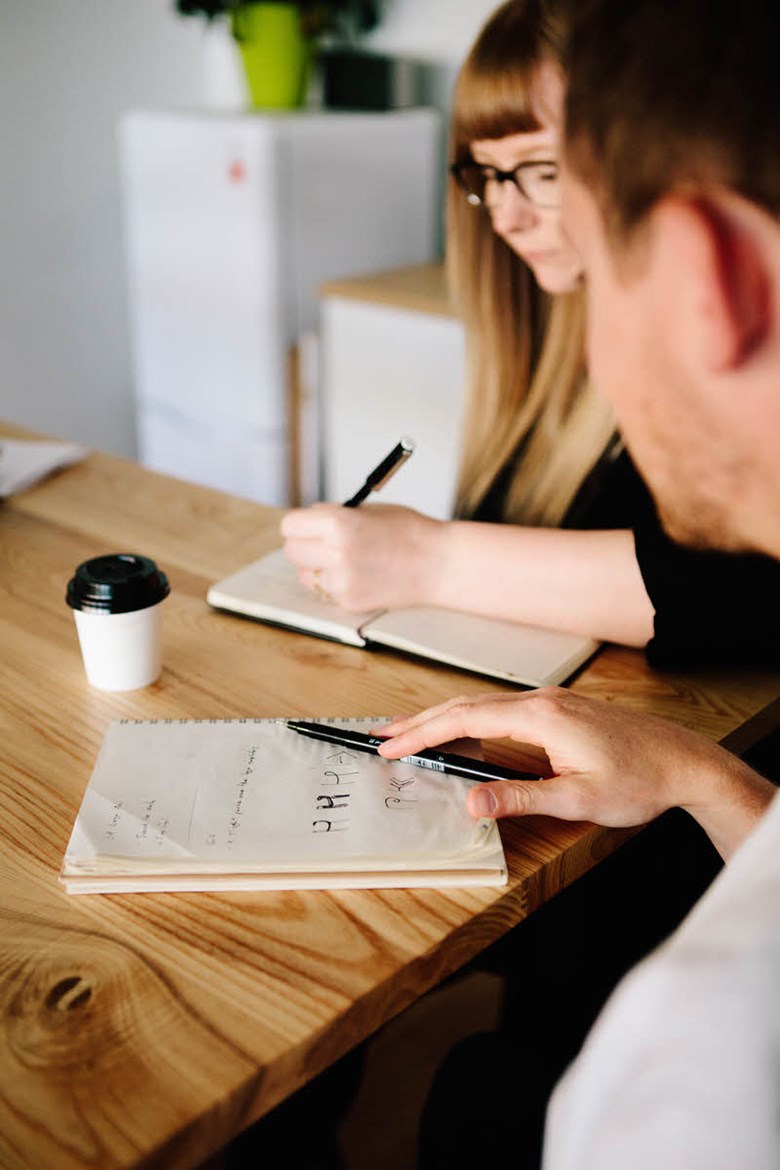 At what point did you start to think it was actually possible to move back to Newcastle and start working in your creative careers?

Scott – Each Summer we came back for our annual trip and noticed a change and began to re-appreciate the city – finally seeing the opportunities here. With Renew Newcastle in full swing and the Government’s revitalisation plan revealed, the city’s confidence seemed to be returning. There were some interesting businesses going into the empty spaces and new cafes like One Penny Black and Good Brother had a Melbourne feel about them. By the time the four years was up Newcastle pretty much had everything that we loved about Melbourne.

With talk of the light rail (another thing we love about Melbourne), lots of investment in Newcastle and missing our friends and family — it felt like a good time to return.

Amanda – At the time I remember the Design Files doing a week-long feature on Newcastle and all our friends in Melbourne commenting that Newcastle looked amazing — like a Fitzroy by the beach. At this point we had found our feet and established a client base and realised we could be doing this anywhere. So why not Newcastle? 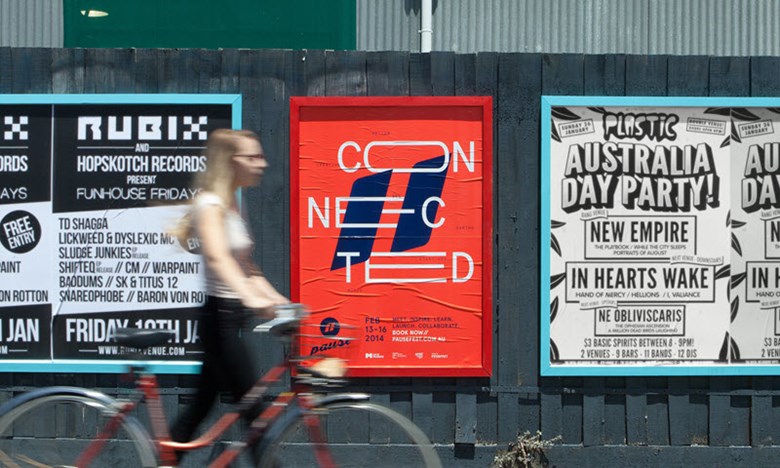 So it was your mates in Melbourne that convinced you that Newcastle was cool?

Scott – They certainly helped us look at it in a different light and re-appreciate it.

Is there enough creative work to sustain all the creative agencies that have popped up in the last four years?

Scott – When we first moved back we weren’t so sure, but now I think there is much more work to go around. There are more design studios popping up but there are even more businesses now understanding that you need to put effort into your brand to stay competitive. It’s not enough to just be good at what you do. Every aspect has to be on point. You can’t get away with the bare minimum like you used to be able to. Everyone’s trying to up their game so it has become more competitive. Brand and design aesthetics have become more important in Newcastle than they used to be for this reason.

How do you define your roles within the business?

Scott – This was something we were really conscious of when we started Shorthand, if everyone’s the boss, then no one is the boss and decisions cannot be made.

Scott – We still discuss everything, but when it comes to having the final say that’s how we solve an argument, if it’s not your area then you just have to concede. [Scott laugh].

Sounds like a well-oiled machine, does it always run smoothly?

Scott – In the beginning there were a few disagreements until we reinforced our roles but it runs pretty smoothly these days, we’ve developed a good rhythm. We’ve fallen into our roles more comfortably and we trust each other’s judgement. 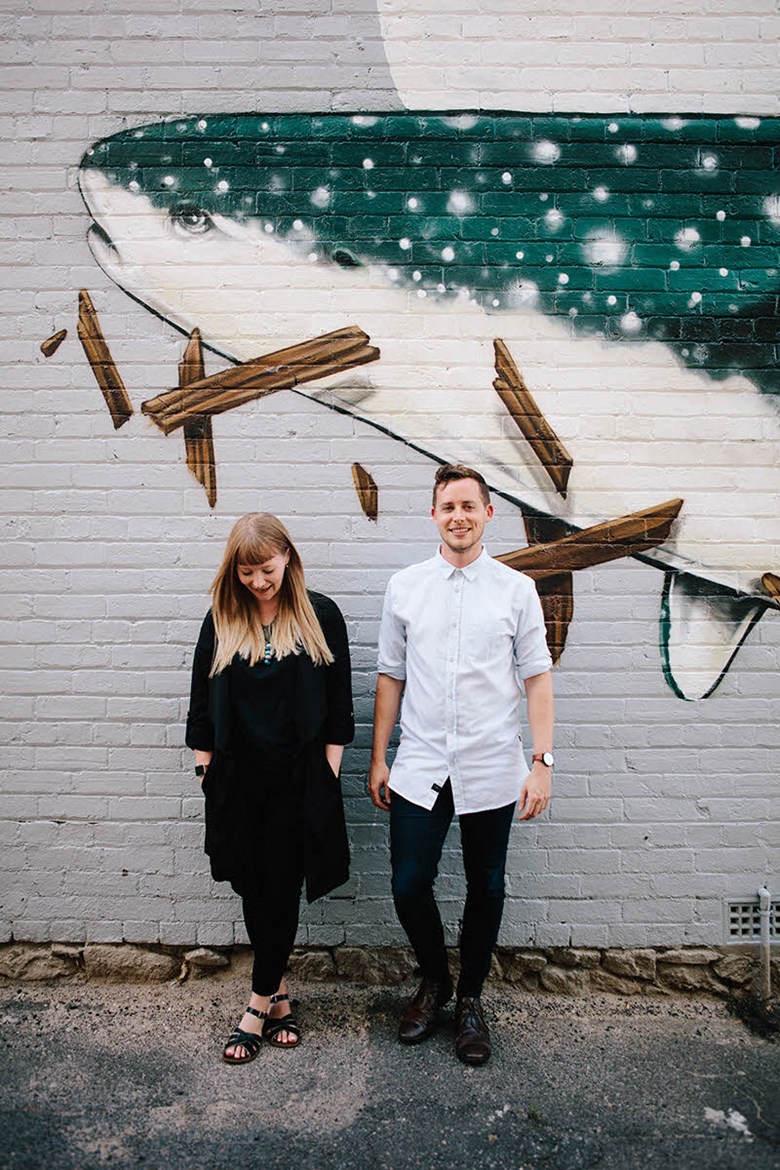 How do you go about getting work, is this something you have to actively go out and do, or do your clients find you?

Amanda – Generally speaking, people are coming to us. We’ve been pretty lucky that we’ve had a lot of our work featured online in places such as Behance and Communications Arts. We’ve both had work published in books and Scott won a Communicator Award for his work on Pause Fest. Online is great as it has meant working with businesses as far away as San Francisco and L.A.

Scott – We get a lot of referrals and word of mouth has been a big help, we haven’t had to chase anyone or advertise other than our website so far which has been great.

How easy is it to work with clients when they’re on the other side of the world?

Scott – It has been a lot easier since the rollout of the NBN in Newcastle. Before the upgrade it was sometimes difficult to present work and have video meetings with our overseas clients.

Are businesses not fazed by the fact that you’re not based in a big city these days?

Amanda – Regional centres are really starting to take off now as people move away from larger cities. When we were in Victoria we’d see small studios doing really well in Geelong and Ballarat which gave us the confidence to set up in Newcastle.

Scott – The internet now renders distance irrelevant in a lot of ways, it allows us to keep our contacts from the past and find new clients from anywhere.

Scott – We’ve just launched our new website which has been keeping us busy between our client work. I would say our focus though is to continue taking on more meaningful projects, quality over quantity, and keeping a good work balance to avoid creative burnout.

Amanda – In Melbourne I remember living in the dark for 6 months of the year. Leaving home in the dark to miss the traffic and getting home again in the dark because of traffic. We were living for our weekends, now we can cycle to work the morning and even go for a swim in the ocean during our lunch break. The work life balance in Newcastle is far better than in a big city and we’re cautious to maintain that.

Having lived in Melbourne for four years, what’s Newcastle missing or what would you like to see come here?

Amanda – I’d like to see a focus on attracting more big corporate business to Newcastle. More headquarters and branch offices for companies like Google etc. We have so many talented people here in Newcastle – it would be great if the next generation didn’t have to leave for an amazing opportunity.