I was targeting girls with a curvy figure, just because it can be really hard to find clothes that fit our shape.

Originally from Tamworth, Sophie moved to Newcastle at 18 years of age to pursue a hairdressing career. After deciding to work from home for herself, Sophie is now based at Muster Point, a collective space for independent hairdressers.

Why did you decide to work for yourself?
The freedom, I love to travel. It's rare for a salon to even let you have more than two weeks off at a time.

You have so many followers now on Instagram, how did that start?
I started getting followers maybe about two years ago. I remember this moment where my sister and I were talking about new year resolutions and I said to her 'this is kind of lame, but I really want to work on my Instagram this year and try and get a bit of a following happening'. 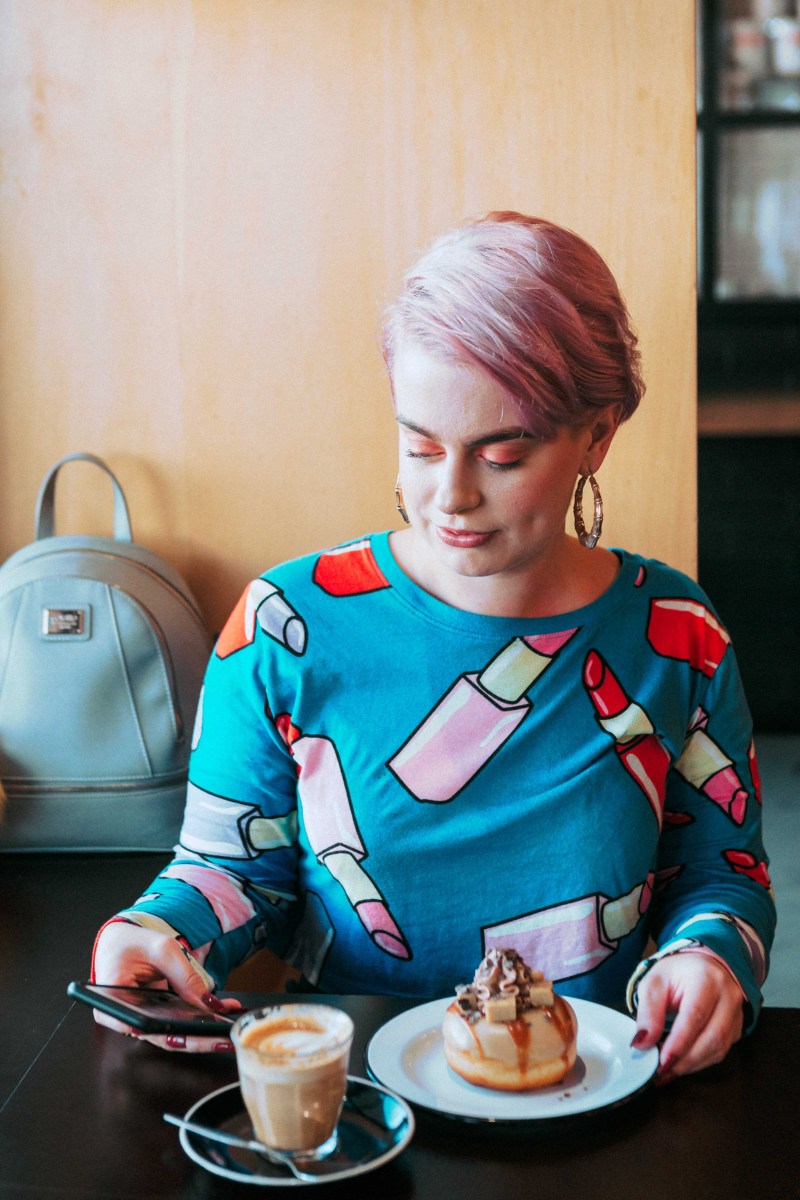 How did you go about building your Social Media following?
Posting outfits, I did a little bit of research. I looked at how other people could see your photos, mostly just tagging companies. A lot of the time what ended up happening is that they would repost my photo. I was targeting girls with a curvy figure, just because it can be really hard to find clothes that fit our shape.

Growing up in Tamworth especially, we literally had Target Country, Best and Less, and K-Mart, like K-mart wasn't good then.

My Mum would take me shopping...at the time everyone was wearing small denim shorts and I wanted to wear them so badly and I just couldn't because first of all they wouldn't fit my thighs and then you get that huge gape at the back so that was really hard growing up.

I tended to just end up wearing elastic waist skirts and would very rarely find a pair of jeans because everything was so low cut back then, high waisted wasn't a thing whereas now that's my go to.

I ended up finding a few different brands that worked for me all online and my friend, who I actually met through [Instagram] now she lives in LA. She has a clothing line called Babes and Felines and she has a very similar shape to me so I guess for her it was the same situation. She decided to just make clothes herself which is awesome. 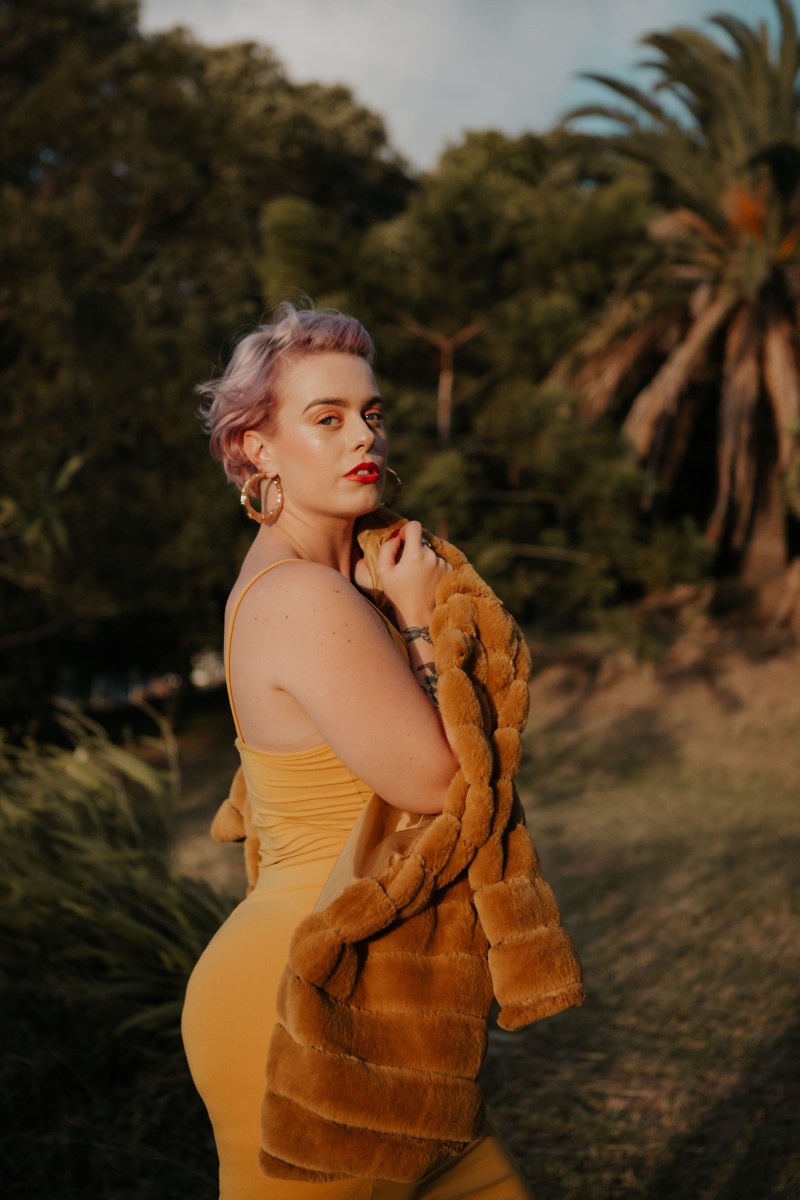 Who are the majority of your followers?
Mostly American, I think mostly because the clothes are from there.

I have so many friends over there that is purely from Instagram which is awesome.

I just love it over there, it would be great one day to branch out a little bit and do more modelling [in LA] because there just isn't the market for it here yet. We haven't caught onto it, we have a little bit like there is a company in Melbourne that have a few plus size girls signed and then they might do a few little campaigns here and there for different lingerie brands. I think Bonds have done plus size women, so things like that but it's nowhere near what it is in America.

While talking to Sophie she explains that she is currently signed out from Instagram for the week, since all the changes, it's quite noticeable. Only about 10% of people who follow you get your photo on their feed. The rest have to physically search for my page.

So I have decided to take a break because I have found myself getting a little bit obsessed with it…I found I was over analysing everything, going 'like am I boring?, what's going on?

It is something you have to have a positive outlook on because you can get caught up it in all.

Are there any particular Instagrammers or influencers who inspire you?
My friend Ciera who has Babes and Felines, she has a huge following, she has 2.4 million. I was over in LA a month ago and hung out with her. She has a really positive work and social life and a good attitude towards it all because you go through her comments and some of them are disgusting the things people say about her. I think you just have to know that they don't know you personally, that's not your real life. I think I look to her in terms of keeping a good balance.

With the changing algorithms on Instagram, are promoted posts something you would consider?
No, not yet anyway. …I have a few other side projects in the works …. I am starting a clothing line. I am in the process of finding screen printers. That would be something I would look into doing some promoted posts.

Is this something you could have done without Instagram?
No, I guess it just opens up your mind to other avenues. I have never been a person happy to do just one thing, I enjoy it.

Growing up, struggling to find clothes suited for a more curvy figure, is that why you have decided to launch your own line?
No, not really, because they're not really specific to different shapes, more what has motivated me is that all the shirts will have a positive message on them. I'm very strong for equality, so I'm doing cute little tongue in cheek designs that have a bit of a message.

How would you describe your personal style?
Street fashion I guess, I love sneakers, so I have a huge sneaker collection. For me, because I have been into sneakers for quite some time, I used to not really know what to wear with them. It was hard before because you would see pictures of people wearing sneakers but then they would be stick thin and have like jeans or whatever on. So now it's nice to have options to wear.

And also this photo… 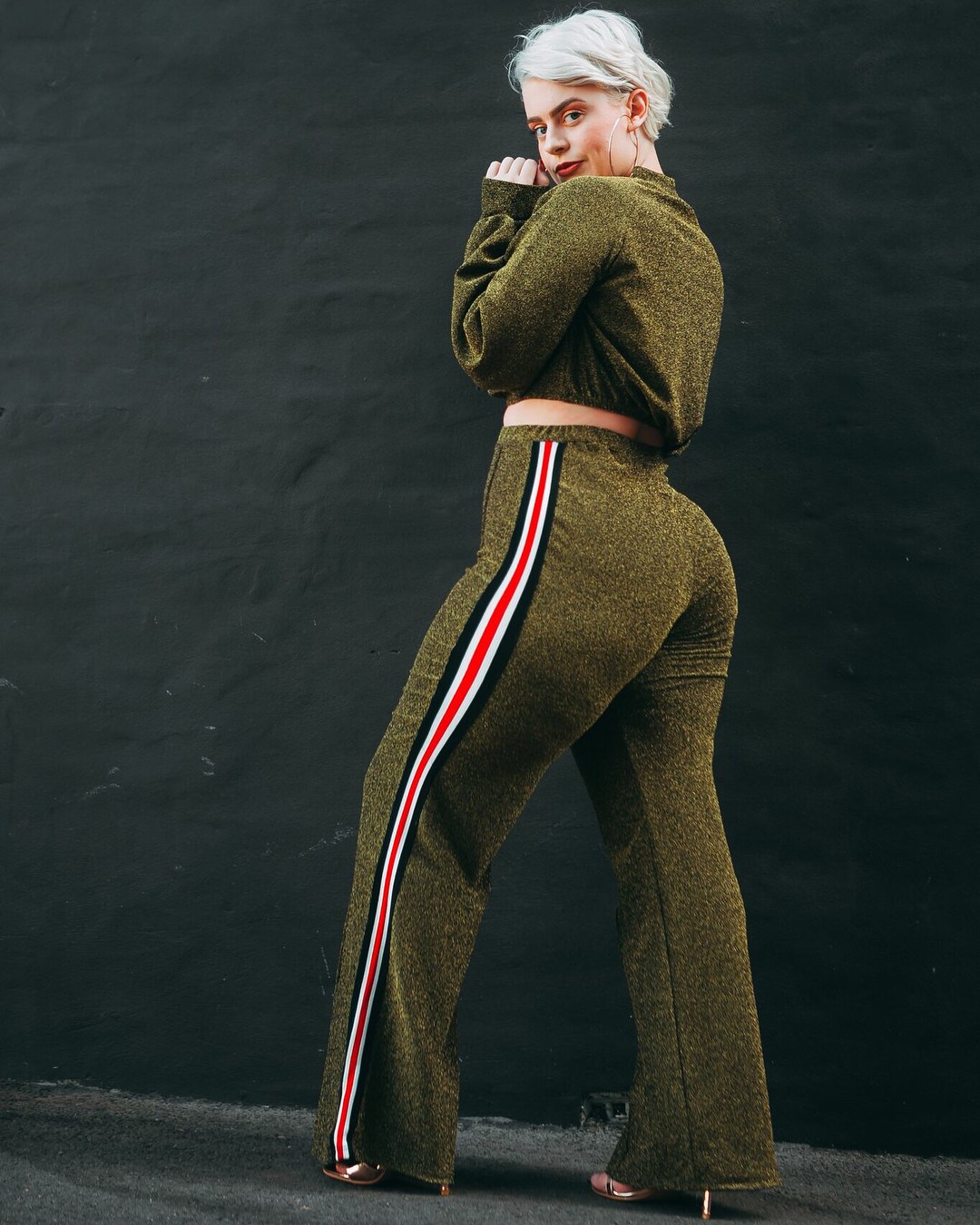 …they have a name for it now which is probably my dress sense it's called Athleisure, so it's like athletic clothing but without the exercise.

I noticed on your Instagram for your hairdressing business that you use a lot of bright colours. Is this something you love experimenting with?
Yep. I actually shaved my head for charity in 2016 in October... so I've only been growing it since a year ago and I've just been playing around with different pastels.

What is your favourite hair colour at the moment?
Orange and copper, it's always fun.

Between your upcoming clothing line and modelling, do you think hairdressing is something you will continue?
I've been doing it for 10 years now…I love it but I'm at the point now where I wouldn't be devastated if I have a break.

Do you feel pressure to keep fit and/or stay a certain weight? Yes, but because I do show that real side of things I'm not posting about going to the gym and eating healthy. But people will post something if I have gained weight…but even if I lose weight…people would post like 'you're too skinny, you're not curvy enough'.

People feel like they know you because they see photos of you every day. 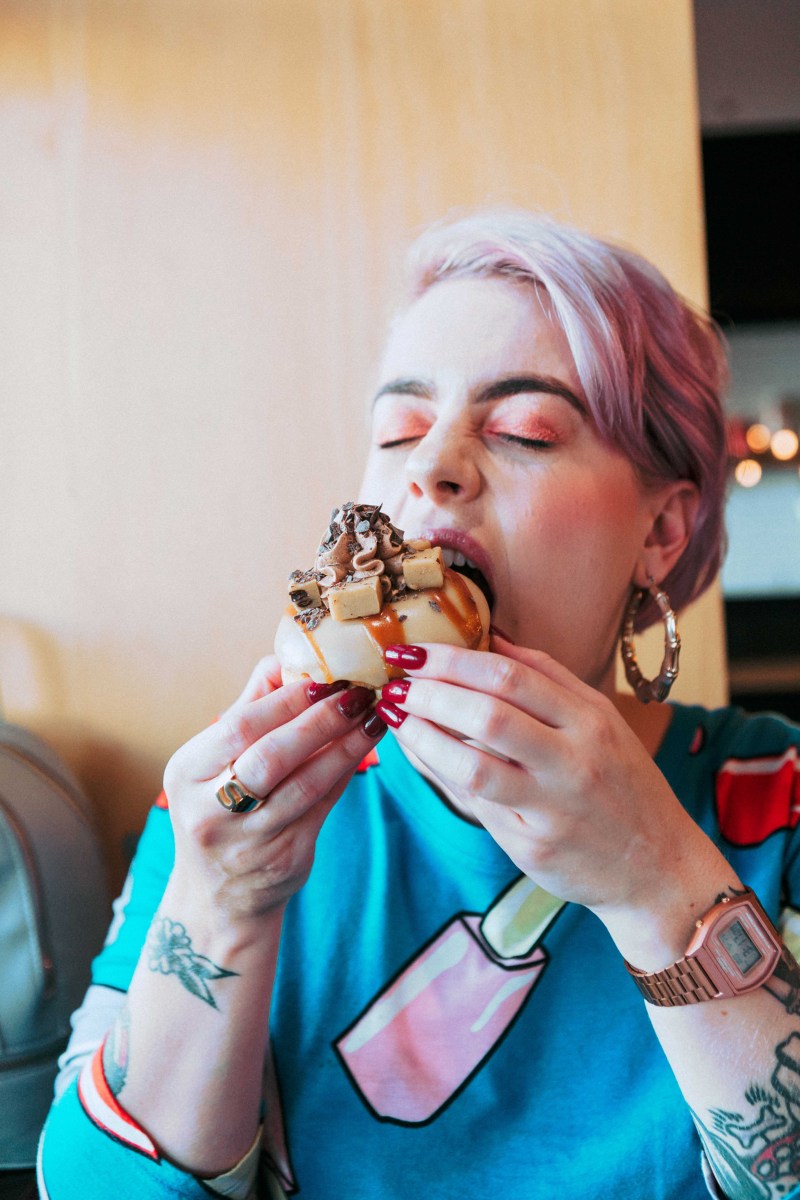 Finally, where are your go-to places in Newcastle for food and/or coffee?
I love MoneyPenny for dinner and I love Nagisa. I go to Side Pocket because I live near there, I'm there pretty much every morning. I also go to the Farmers Market regularly. It's funny I am not a super social person; which people perceive me as this person going out and doing all this super cool stuff. When I'm in Newcastle I mostly just lay low and save my money because that is what I am working towards. I am actually going back to the States soon for a holiday.