In Part I of our interview with Olivia, we chat about her Architectural practice, returning home & the stunning Northcote Workers Cottage.

After more than 13 years practicing architecture around Australia and the globe, Olivia van Dijk has returned home to Newcastle. Bringing with her an impressive portfolio of architectural projects which are sure to inspire. 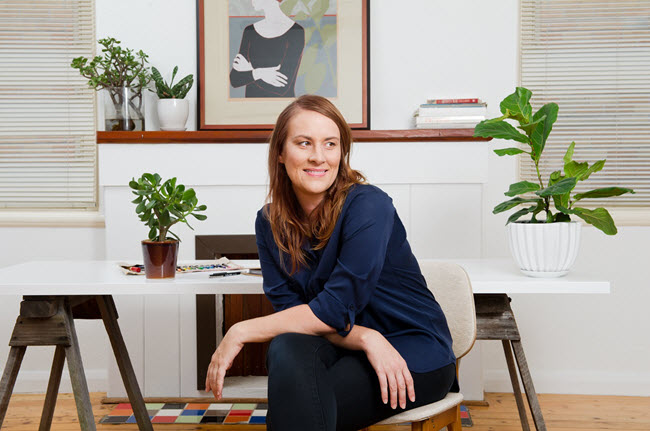 Hh: Lovely to meet you Olivia, must be nice to be home after being away for so long. What are you enjoying most about being back in Newcastle?
Olivia: Newcastle is such an easy place to live…the climate is amazing, the pace of life is slower than the major cities and there’s still a nice buzz of activity. It’s a really inspiring place to be an architect – the natural landscape is dramatic and beautiful, and the urban fabric is rich with heritage and diversity…there are so many great influences to draw from here.

Hh: You studied Architecture at the UoN, graduating with first class honours. What attracted you to this field of study?
Olivia: I was drawn to the idea of a profession that would be a mix of creativity and science, and saw architecture as being a good combination of the two. I’ve always loved making things and being able to do that professionally, and on such a large scale sounded pretty fabulous to me.

Hh: One of the most stunning projects that you’ve undertaken is the home of designer Emily Wright of Nancybird, and her partner Robert Dabal in the Melbourne suburb of Northcote. Can you tell us a little bit about it? 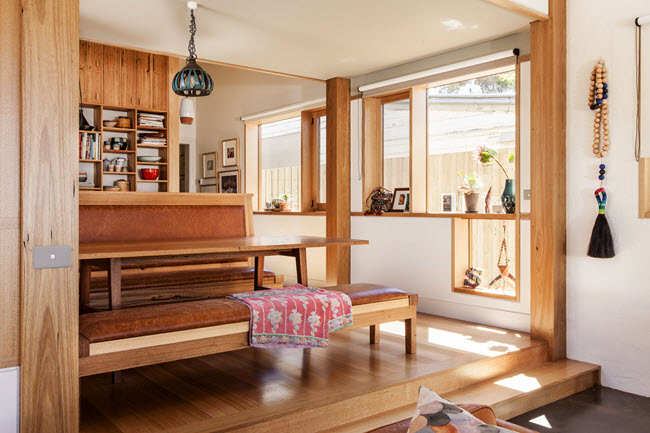 Olivia: Em and Rob had been living in their workers cottage for a few years before they decided that it was time to make some improvements. The layout was typical for many single fronted houses that were built during this period - an entry hall along one side of the house linked the sitting room and bedrooms, and this led to a lean-to containing the kitchen and bathroom. It felt like a bit of a rabbit warren – the house was very dark, there was no connection between the living space and the garden, and there was an outdoor dunny out the back – not ideal for cold Melbourne winters!\

The lean-to was demolished to make way for a new addition to the south containing the living space, kitchen, dining, bathroom, and laundry. The 3 bedrooms were located within the existing cottage. Because the garden was south facing and the site was quite narrow, one of the biggest challenges was to bring sunlight into the living space in winter and to cross ventilate during the summer. A central courtyard bounded by timber framed windows was introduced to help with this, forming a lovely focal point for the addition, and giving the living, kitchen and dining space a connection to the garden and plenty of access to natural light. 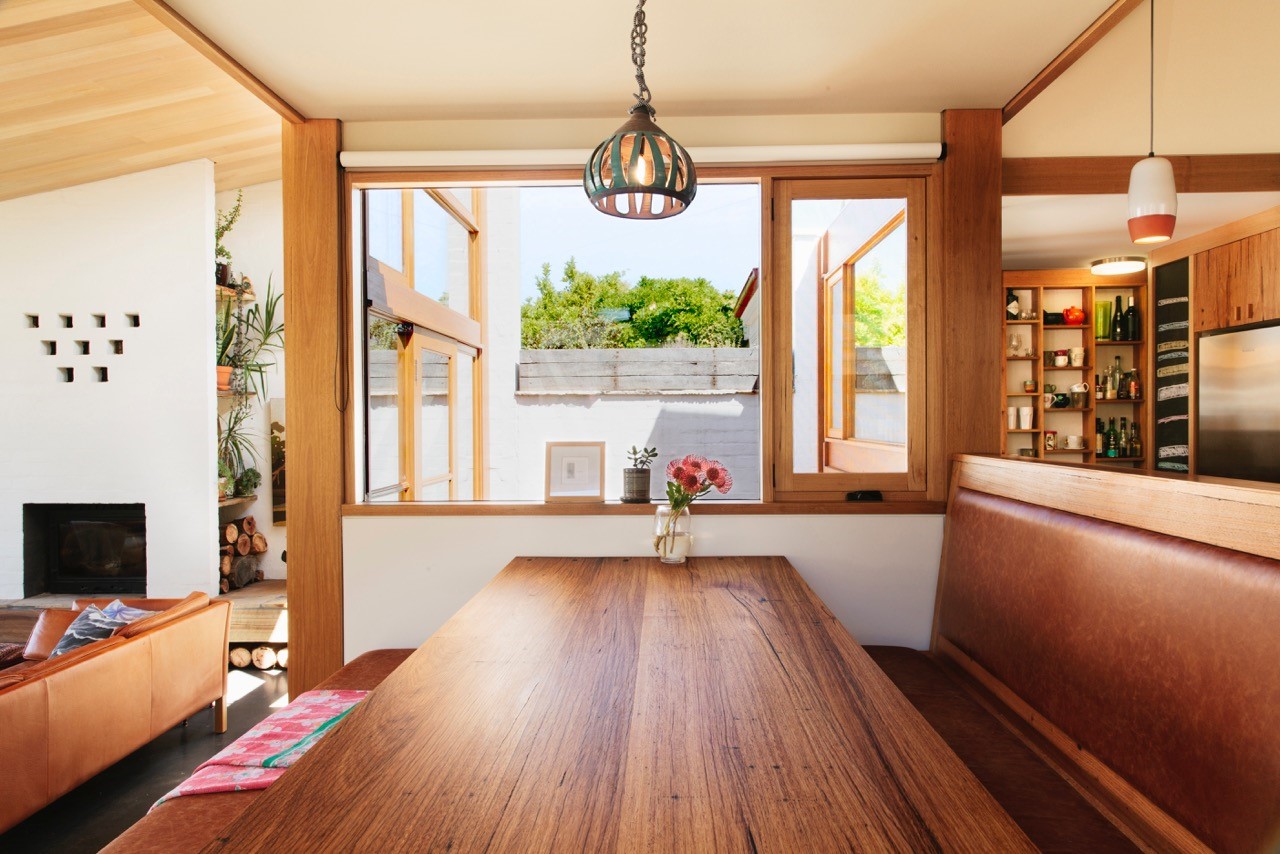 Hh: How difficult is it to merge the old and new successfully?
Olivia: It was an important part of the brief that the new addition was to feel like it belonged to the old cottage, rather than overwhelming it. Careful consideration had to be given to the new additions’ scale, its proportions, its form, the materials used and the detailing of its joinery, so that it would work cohesively with the cottage’s humble presence. 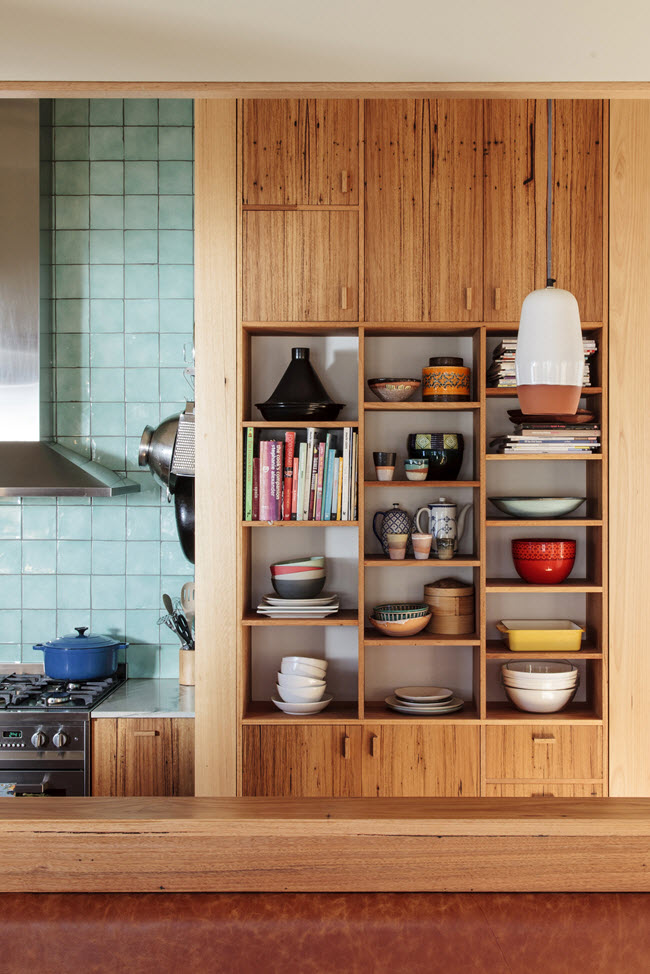 Hh: What do you love most about The Northcote Workers Cottage?
Olivia: The quality of light is very beautiful, and I love how spacious the house feels despite its small footprint. The circulation flows really well - the sunken living space is well defined and easy to furnish. The internal courtyard was a real success - it was quite brave of the client to agree to sacrifice precious floor space on their modestly sized site for an internal courtyard, but it really paid off in the end. I’m told that even in the dark, cold Melbournian winters the house still feels warm and bright, and is filled with sunlight. Em and Rob are really enjoying their new home, and that makes me very happy! 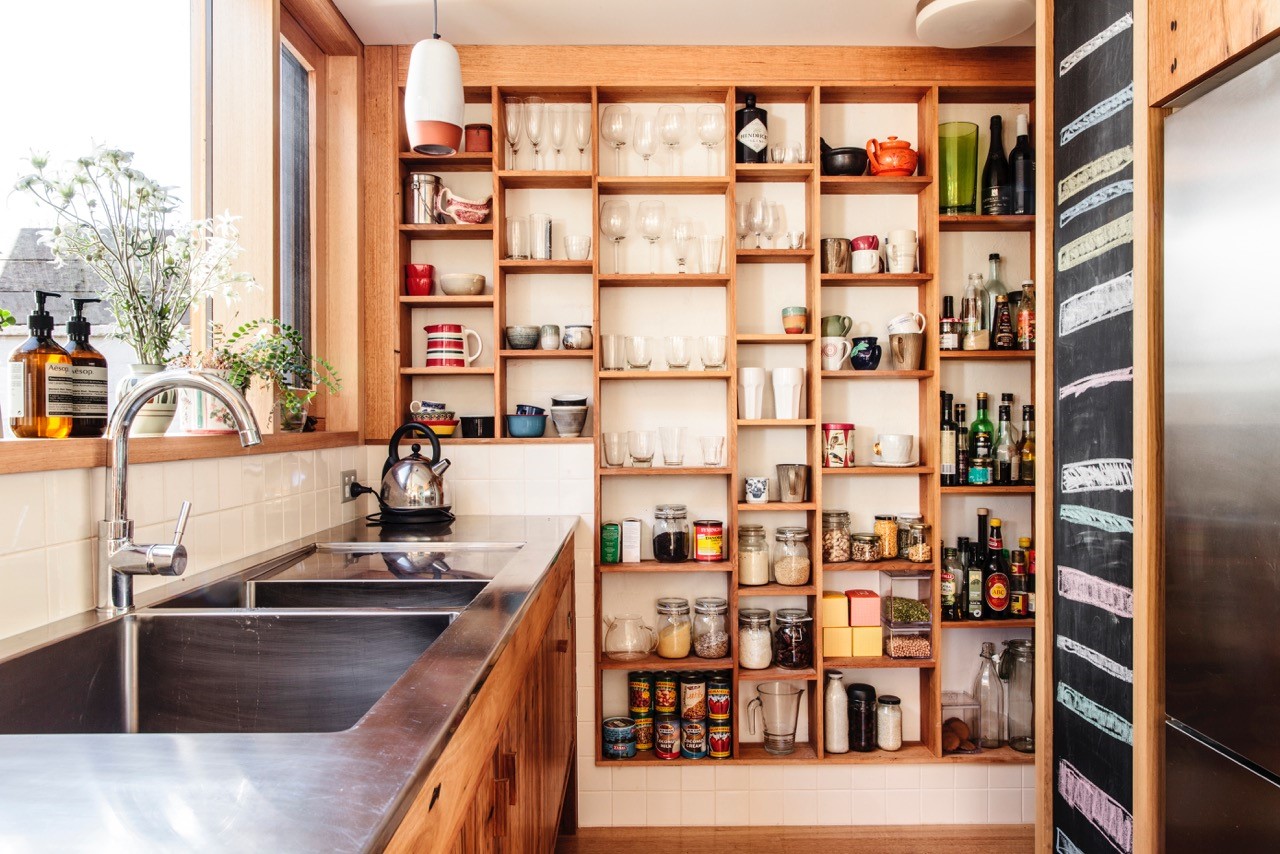 Hh: Of the projects that you’ve shared with us they seem to have a very distinct and individual style. How would you describe your approach to architecture?
Olivia: I approach each project as a collaboration - I love to hear about how my clients live, how they’d like to live, and then find an architectural response that addresses their wish list and reaches beyond it. Although I don’t subscribe to a particular style, there are some common themes that often run through my projects – the site usually drives my initial design response.

Every site tells a different story, there might be an existing building to work with, steep topography, limited access to natural light etc. These site constraints and opportunities usually play a big part in how the building will ultimately take shape. As well as being site specific, I usually try to blur the line between inside and out, so a strong, considered connection to the garden or the natural landscape is important. I also try to make the architecture as climatically responsive as possible, so that the building and surrounds feel comfortable and useable throughout each season, and there’s minimal reliance on artificial heating and cooling. 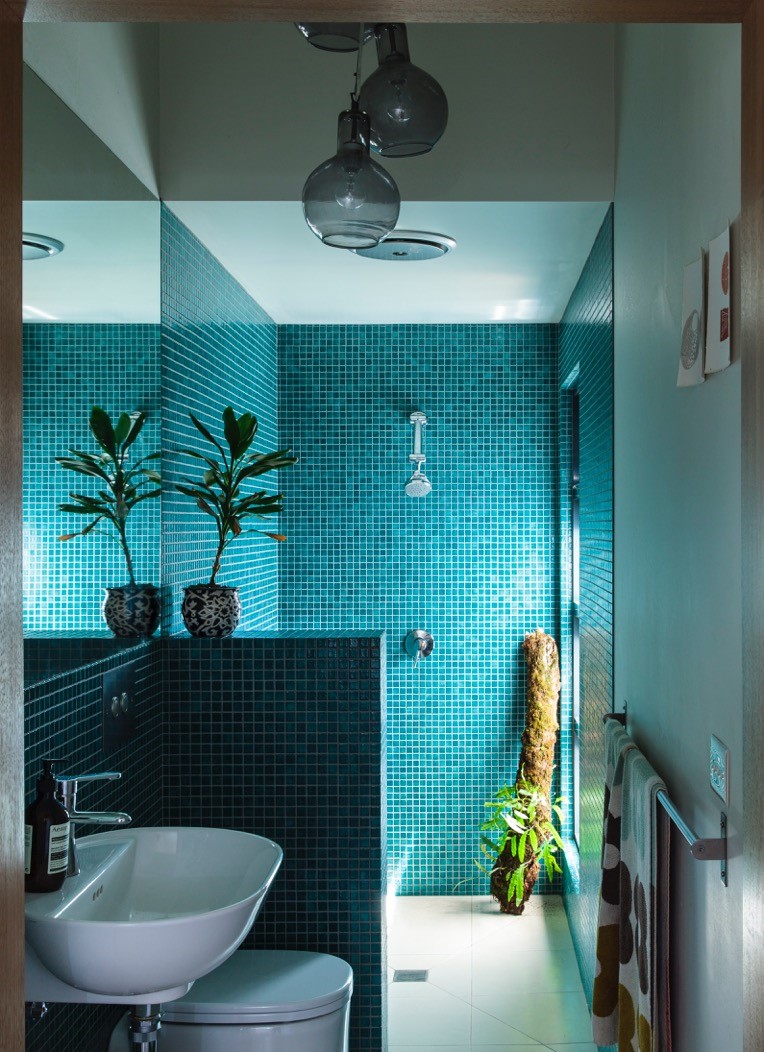 Hh: What, or who, has helped you the most throughout your career?
Olivia: During my time in Melbourne I worked with a small practice run by a lovely married couple, Ross and Cric Henry. Our office was nestled amongst the trees on the banks of the Yarra River in Warrandyte on the city’s fringe. They’d run their practice successfully for almost 30 years, and had a big focus on sustainability. They had a very collaborative approach towards architecture - they built great relationships with their clients, engineers, project contractors, and really embraced the idea that getting a building off the ground involves working successfully as a team.

Ross was a great mentor to have during those formative years as a young architect…he really took me under his wing to show me the ropes of the profession. 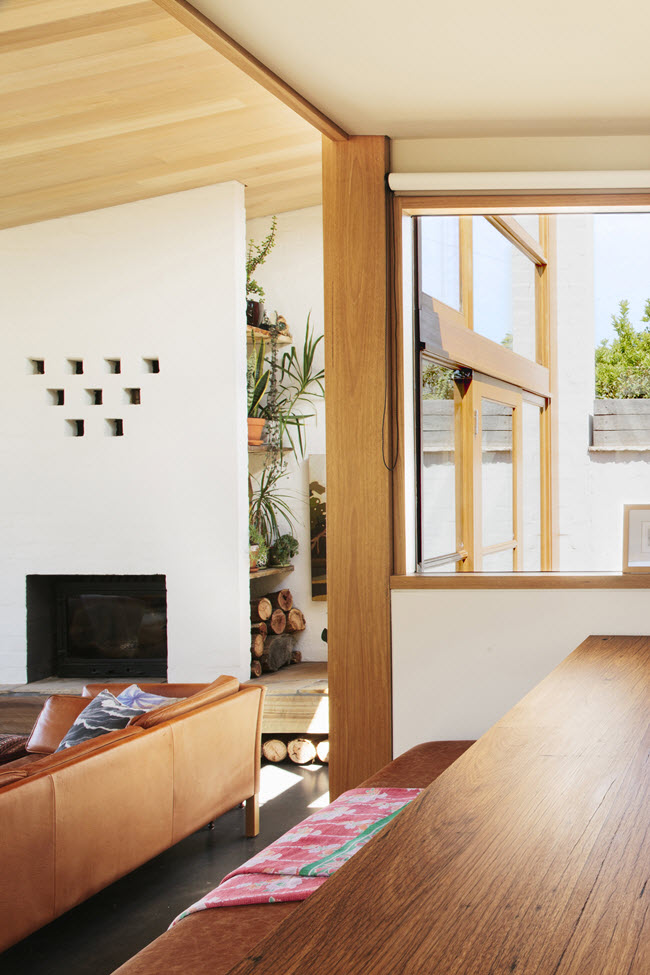 Hh: You spent a lot of time living in Perth and Melbourne. How did the time you spent living in these cities help build your career?
Olivia: I worked with Klopper and Davis Architects in Perth, a fantastic emerging practice specialising in boutique residential architecture. They craft their buildings very thoughtfully, and do amazing interior work, so it was a great practice to be a part of. In Melbourne I was involved with a very broad range of project types, from cellar doors and luxury accommodation, to senior citizens clubhouses, sports pavilions and crèches. This meant that I was able to work in a variety of settings all over Victoria– coastal, urban, rural, in the bush, and that I had the opportunity to work with people from many different walks of life. 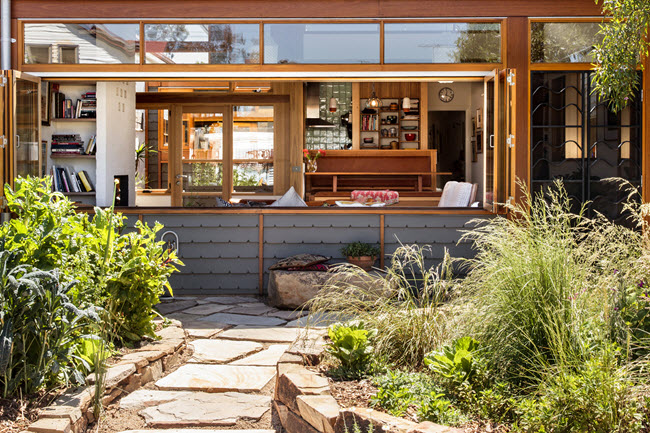 Hh: For any aspiring or currently studying architecture students out there, what advice would you give them?
Olivia: Having a great mentor is really valuable. Being an architect involves problem solving on a daily basis, you learn something new each day. It helps to have someone to bounce ideas off, so my advice would be to reach out to people in the industry – architects, engineers, builders, fabricators, joiners, tilers, and never be afraid to ask questions. 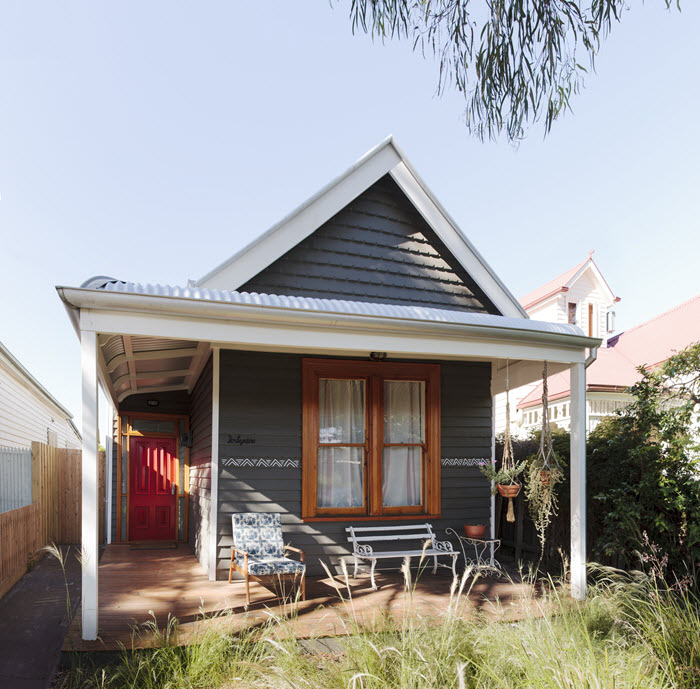