If you haven’t heard of Mitch Revs you might be familiar with his artwork, which is bright, fun and mostly revolves around the ocean.

I met up with Mitch in his art studio; also known as his Dad’s house and his childhood home.

Mitch explains that art first came into his life at a young age. Growing up in a big family and spending a lot of time at his grandparent's place “we were always sitting around the table drawing away.”

In high school, Mitch admits that when doing art "I just didn’t have the care to learn, which I kick myself about now because that is what I am intrigued about, people’s practice.”

After leaving school he bought a tattoo machine and started working as an apprentice. “I left that and thought how can I transform this into something else, where can I take it and how can I make money from it?

“I started painting and I lived in a warehouse opposite Wickham train station and there was a big wall and I was like, fuck it I’m just going to paint something on there, so I painted this mural. Some guys saw it that worked for different brands and they were like we should get you to do some stuff for us.

"People started coming to me and they were like can you design my logo? And in my head I was like, I’m not a designer, but the internet is available for everyone to learn. That’s how it started and over time I accumulated all these different types of tools and learnt all this different type of shit. It has just evolved into this big colourful world and it’s just amazing.” 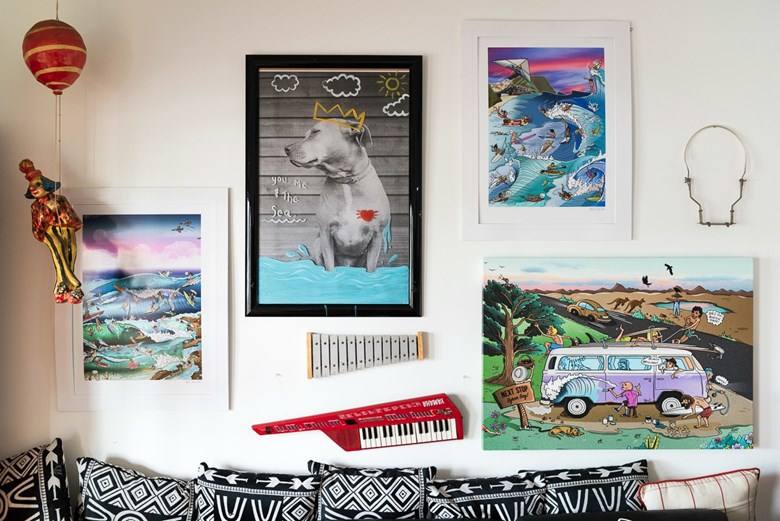 "I like to use a lot of over saturated colours. The brighter the better, it makes people smile, it’s just about sending that positive message which I think art should be about, my art anyway.

My art is pretty diverse, I like to challenge myself. As far as the digital goes it is all hand drawn… then that is scanned into the computer.

It’s talent, but it’s practice. I’ve been doing it for 15 years, you do anything for that long you have to be getting better at it." 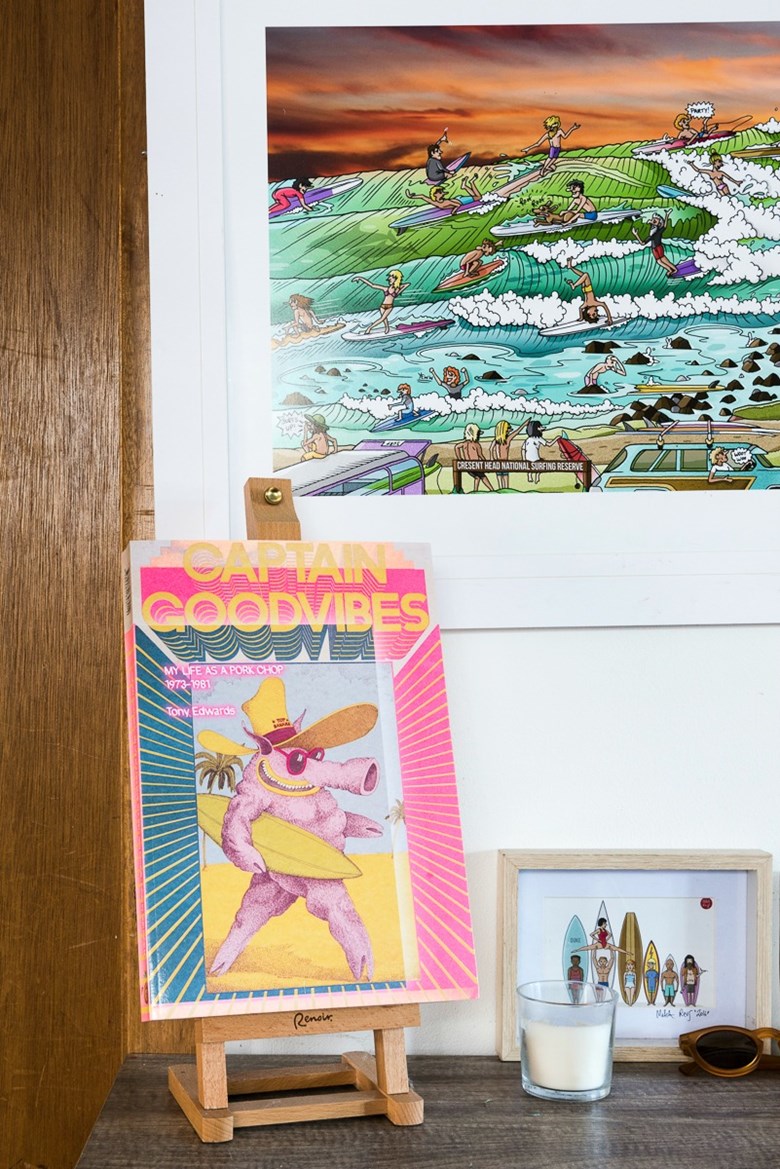 What has been your biggest challenge working for yourself?

"Finding time to work on my own stuff as opposed to working for other people. It's hard because you have to make money, you have to make a living but at the same time, you want to do all these cool things for people to hire you as well."

It has obviously been possible for you to pursue art and stay living in Newcastle?

"I think so. It’s not hard to see that it is evolving; there are more opportunities for creatives. We need to see more things like Hit The Bricks Festival. Art should be seen as something positive and not spend money removing graffiti. There are a lot more people that want it than don’t, but they are the voices you don’t hear. I think the change is there but everything happens slowly, but I can definitely see the wheels are in motion for sure." 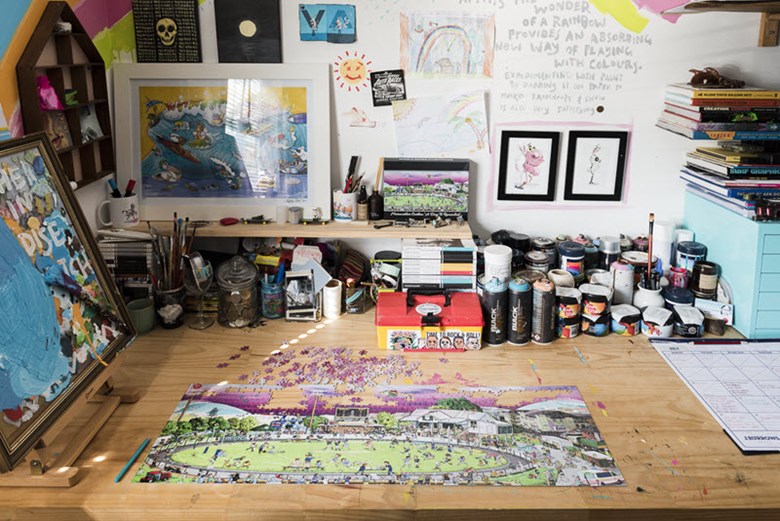 Has social media helped your career?

"Massively, that is my biggest help, without that it would be a lot harder. Instagram is my main platform, which is where most of my jobs come from. My website is great as well, which has my shop which is nice for the pocket. Newcastle, the community is just so supportive, that is why I don’t want to leave.

I think it gives creatives who aren’t in the limelight opportunity and the chance to be something more."

Will we find your artwork at any of the local markets?

"Hunt&Gather was massive for me last year. I think markets are one of the most stressful things you can do. When you are on a time limit and you're doing it on your own and you have to worry about parking, and people are there while you are setting up and it kind of gets a bit much. So I sucked it up last year and did it. For me it wasn’t about the money I would rather just give away 100 business cards and people can just see what I do and talk about it. I’ve taken a step back from that this year; I’ll probably wait till summer.

My focus the past couple of months have been working on a new exhibition. My last solo show was at the end of 2015, which was great I had 52 original artworks. 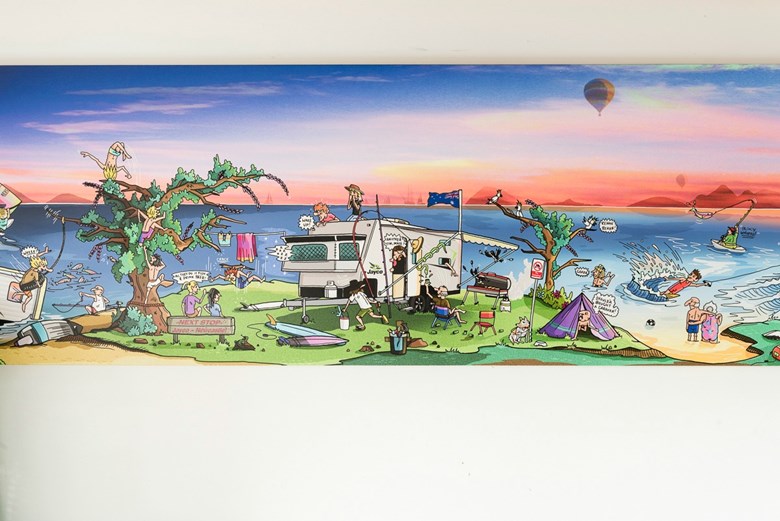 "November is my next solo show. I need a date otherwise it will never happen.

It will also be a touring show, probably go to Melbourne and Sydney. Just because my following has expanded over the years just from working and collaborating with other people, and I feel like there are people in those states that would like to see what I do as well. Because it is so much different, my artwork, seeing it in real life as opposed to seeing it on a computer screen. It’s digital art but to be able to look at it closely, see the detail and the colours it is so much different in the frame." 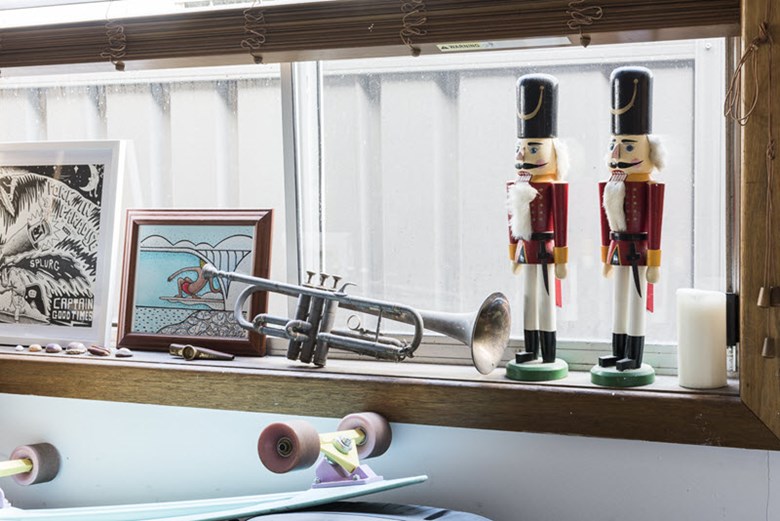 Where are your favourite coffee and food places in Newcastle?

"Drift Café is my spot every morning. I was there half an hour before you guys came here. That’s my go-to and over time they have just become my best friends as well because I’m there every day. It’s a cool little zone, it's on the way to the beach, you just drive through pick up your coffee, go check the waves, come back and have breakfast.  There are a lot of great places in Newcastle for sure, but I like to support my local."

Any other future plans we can expect to see of you?

"I did a kids book last year called ‘Stand Up Stand Out’ with Joel Pilgrim as a part of the One Wave organisation It was all about mental health and the book was basically a tool for parents to raise the topic of mental health with their parents because it is an awkward conversation to have, not something that just pops up.

I’ve always had this idea after that, that I would like to help kids get involved in art because I think it is so important at that age to have that a part of your life. So maybe like going into art classes. I’ve done a bunch of kids classes down in Sydney at the library and with the council and I love it. I love seeing their faces when they are creating. So I’m thinking of maybe running holiday classes, teaching kids about art would be really cool, that’s definitely a future plan." 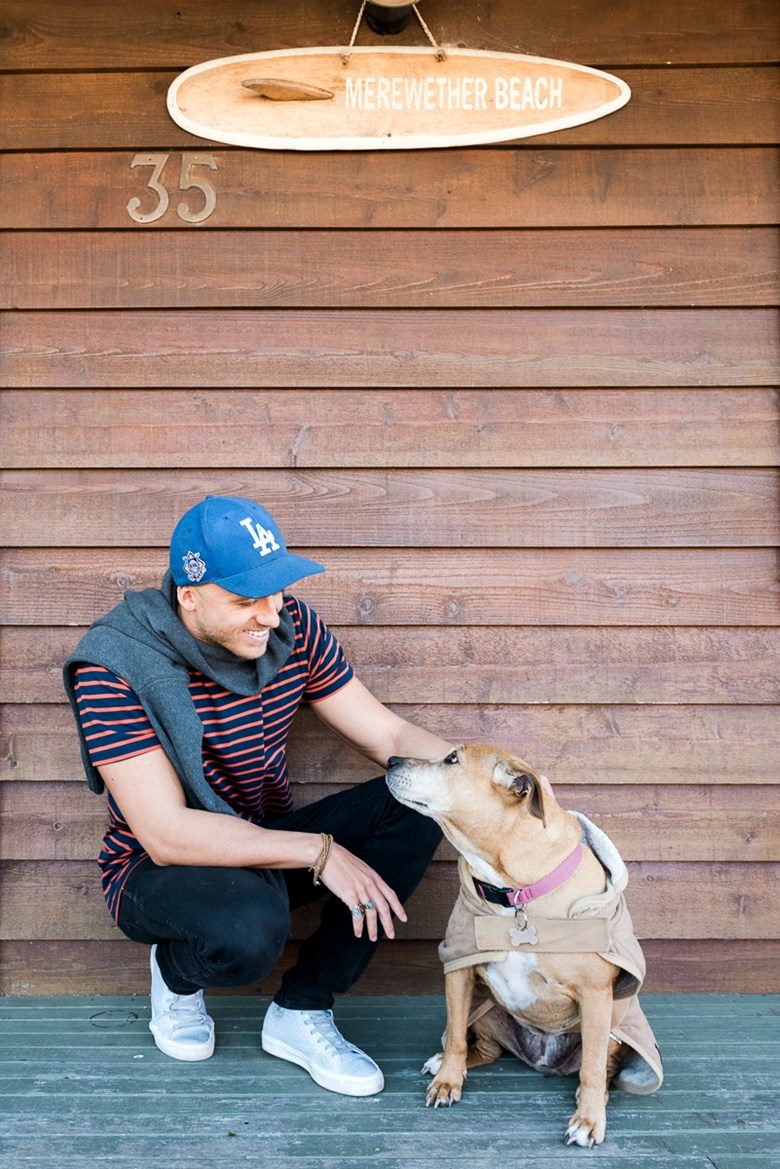