From beautifully crafted kitchen cabinetry and bathroom vanities, to wardrobes, David and his team have created a joinery niche.

Starting his tradie career in kitchen joinery, over the last eleven years David’s Newcastle based Urban Joinery business has become one very busy little business. A combination of David’s skills and attention to detail, Urban Joinery has found its joinery niche and now has a long list of extraordinarily beautiful homes on the books.

We caught up with David on site at one of his latest projects and saw first-hand the detail and craftsmanship of Urban Joinery. 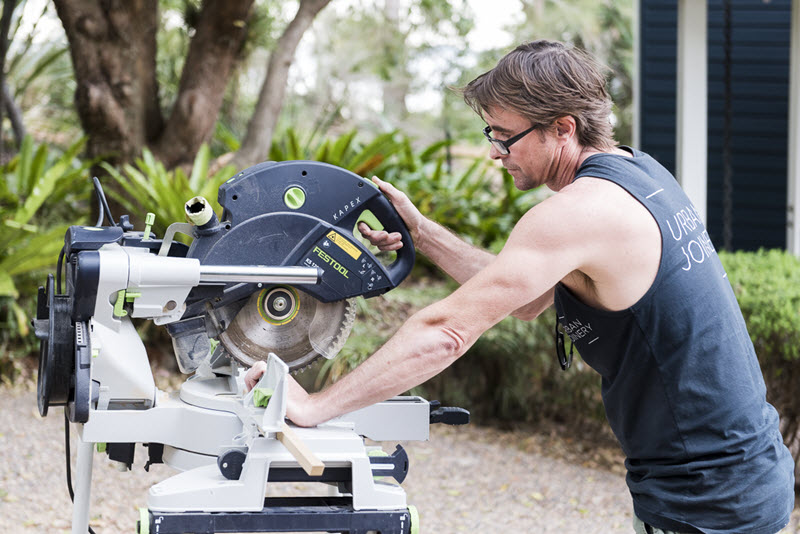 How long have you had Urban Joinery?

"I started the business eleven years ago, prior to this I used to work for another joinery business and I was the leading hand. We were doing mostly medium to high-end work and it was here that I got a lot of contacts, and then I decided to go out for myself.

"I met with a couple architects when I first started Urban Joinery to let them know what I was doing and a few high-end jobs came in but I was also just doing anything that came along. Then word of mouth spread and the high-end work increased." 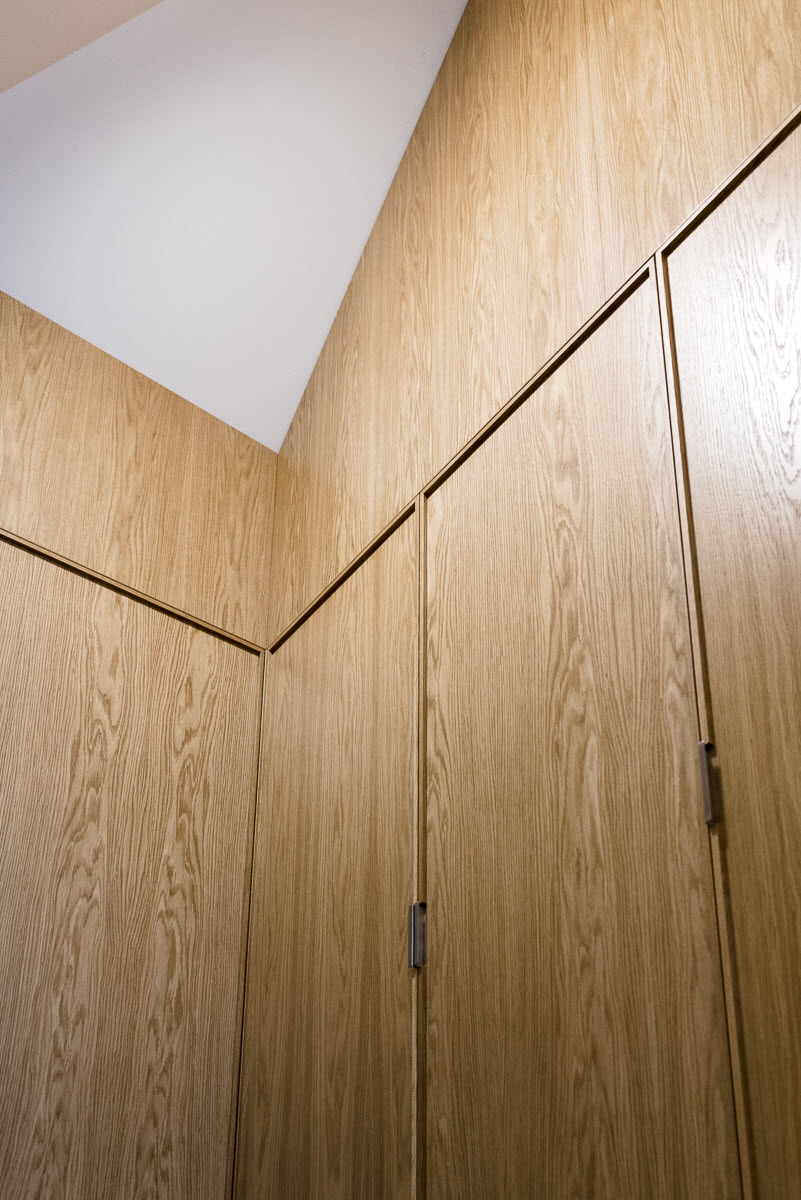 'A lot of work went into these wardrobes, they're made from European Oak'

So you don’t just take on any job?

"In the last two years we’ve been exclusively doing high-end work and it’s been good being able to pick and choose the work you do, but this year there’s been too much work so we had to close the books. We’ve only just started taking on a few more jobs now.

"I’ve learnt the hard way that when you’re too busy you become inefficient, and you don’t really make money, I’ve found you’re better off to have fewer jobs so you can concentrate on them.

"If a job comes in and we like the job we’ll take it on, but we try to stay in this architectural style of fit-out, that’s our niche. With there only being four or five of us we can only take on so much work at one time." 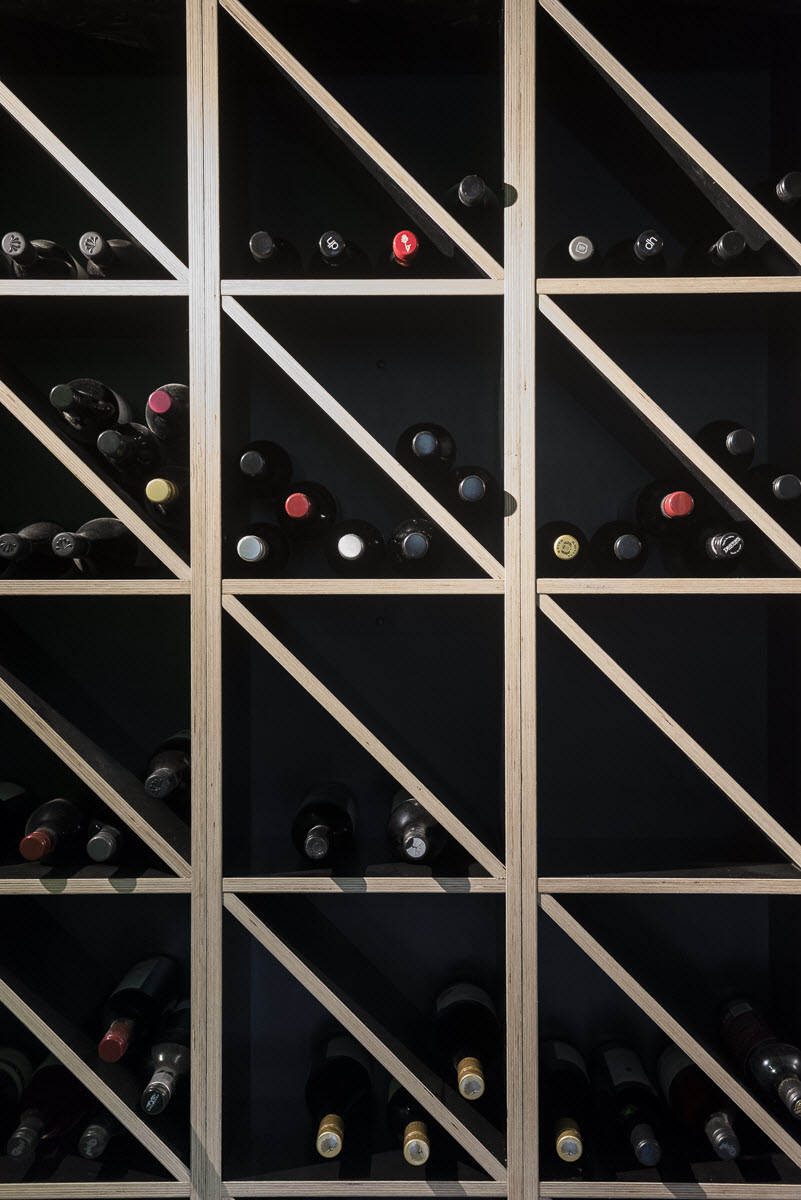 Have you always been a tradie?

"My background is kitchen joinery and my business partner’s background is windows and doors so we’ve got it all covered. The main difference between us and other joinery businesses is that we mill a lot of our own timber, whereas a lot of joinery businesses have gotten away from timber milling, it’s all computer operated. We use our own machines and run our own timber so we use a lot of recycled timber as well." 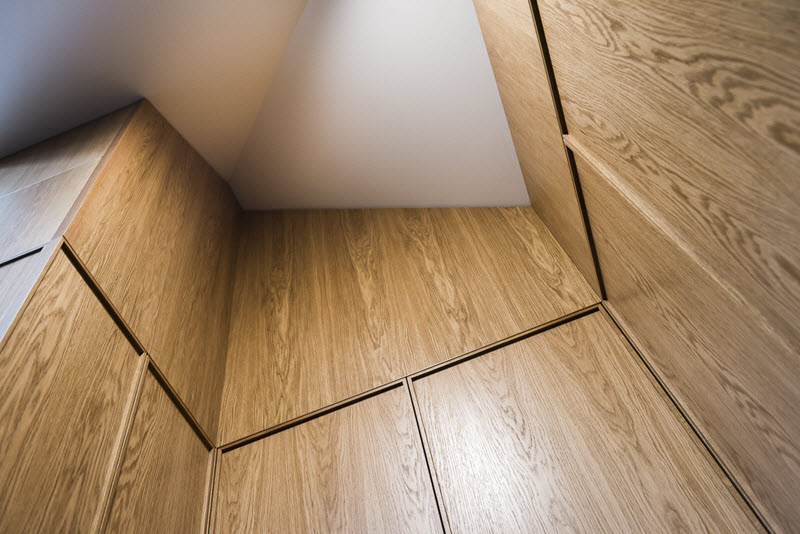 Do you do the design side of things or do you mostly work with architects?

"It depends on the job, some jobs we have no input at all, we’re completely directed by the architect, but then there are other jobs where you will have a lot of input, especially when you know the architect and you’ve got a bit of a relationship with them. They’ll say ‘what do you think? this is what we’re thinking, what do you think is it possible?’ And we’ll be able to make design suggestions that work best for the space.

"On this particular job we worked with Welsh and Major Architects." 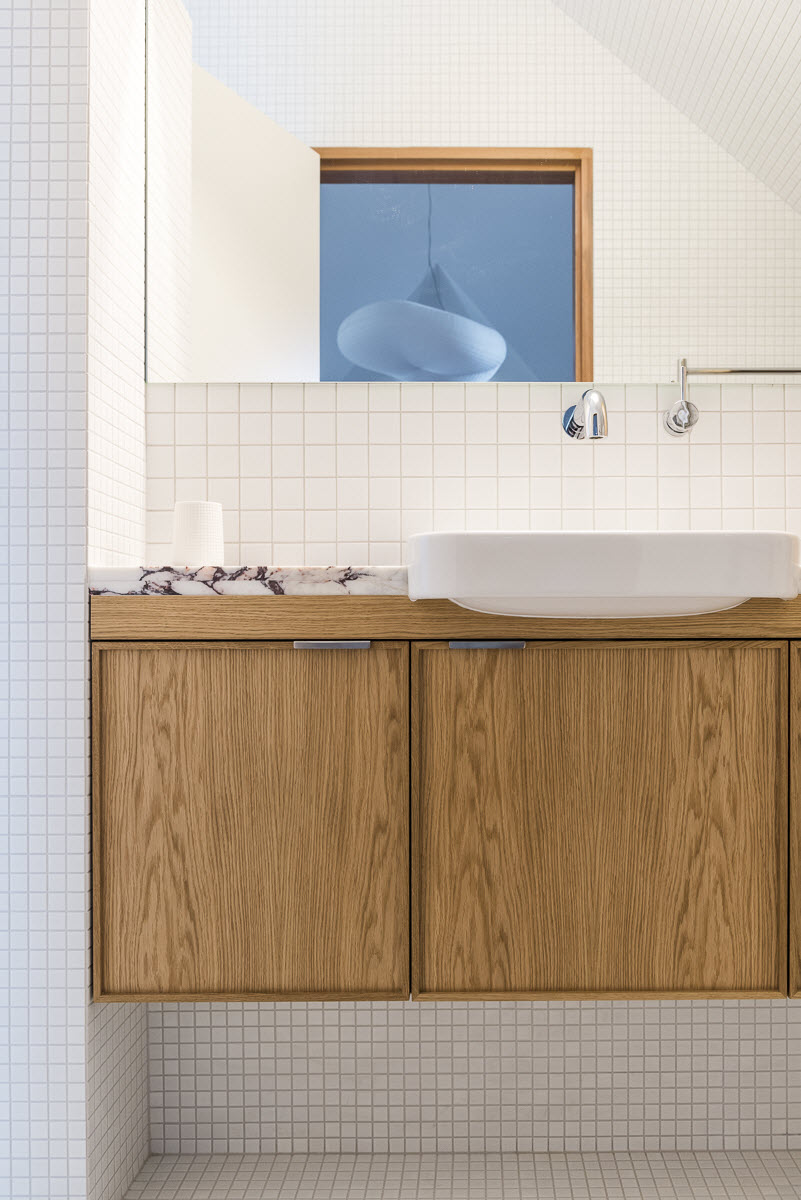 Do you only work in Newcastle?

"We do a lot of jobs in Newcastle, we did one in Bar Beach recently and we’re working on one in Merewether at the moment. We also worked at Lisa Frazer’s house in Scott St, but if we like the look of the job we’ll go outside of Newcastle.

"We did a job up at Katherine in the Northern Territory, the owner of the house was originally from Sydney and Newcastle and a mate of his, Justin Schreiber from Schreiber architecture in Hamilton, designed the house. But because of the high cost of getting things made in the Northern Territory they decided to have all the windows made in Newcastle and then trucked up. Then they couldn’t find anyone in Darwin to do the joinery, so we took the job on and trucked all the joinery work up with the windows, then we flew up to install it, which was pretty epic.

"The house is on 200 acres and it fronts onto the Katherine River, his house was wild. You’d often see dingos and water buffalos roaming around and at night we used to go out onto the river and there’d be crocs everywhere.

"We also did a job in Balmain last year, so we’ll look at the job, and if it looks like one we’d be interested in doing we’ll take it on." 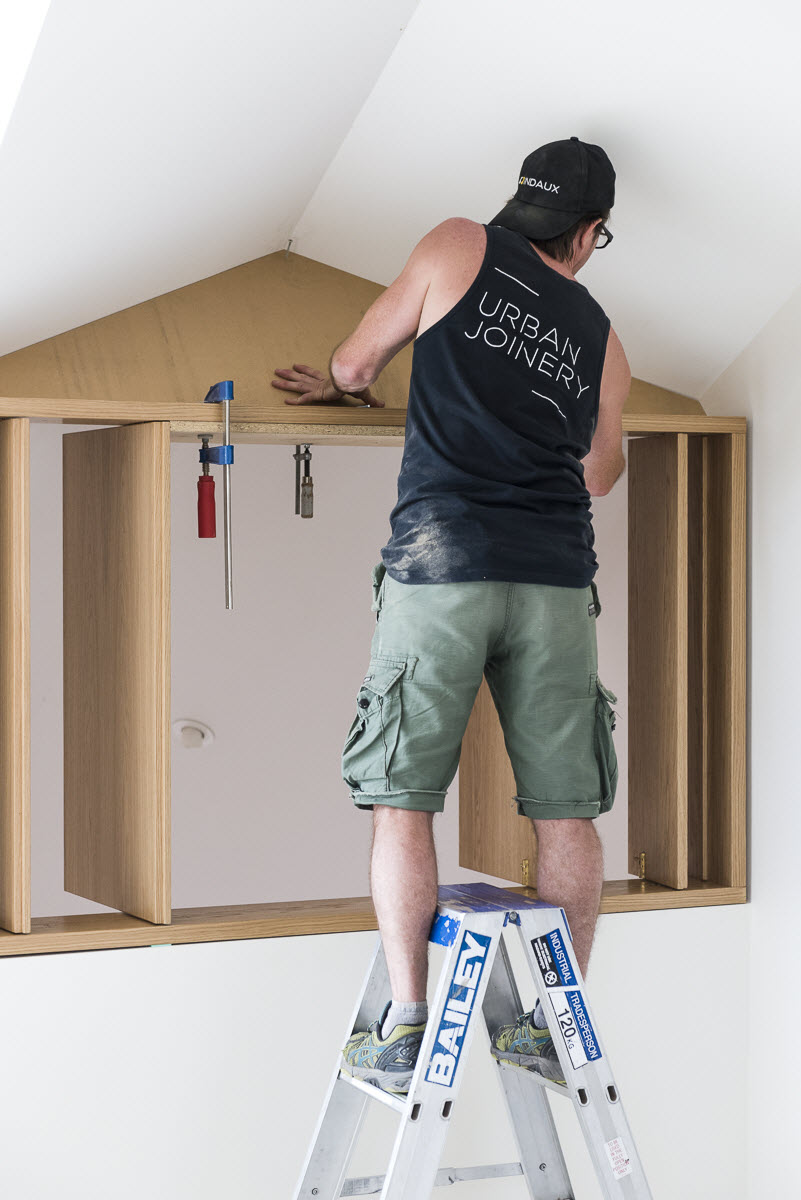 What are some of your biggest challenges in the joinery world?

"Staffing is a major issue, it’s probably the biggest issue, which I didn’t really understand until the last 18 months. I just thought that if you get more work you just hire more people, but you have to have quality people to do the work we do and you can’t babysit all your workers, you’ve got to be able to say this is what I need doing and you look after it.

"I think maybe that’s the skill shortage showing in Australia now, a while back people stopped putting apprentices on and people were going to university instead, it’s hard to find really good tradespeople these days.

"Also adapting to new technologies, we recently bought a CNC timber joinery machine which cuts all the materials for you. Basically, you program the machine, load it up and walk away and it does all the cutting for you. Whilst we like to mill our own timber you do also need to adapt to the technologies available. Even though I am a dinosaur and I can’t use computers, my business partner is savvier with business in general and computers. Our different skill sets are a good match, you can’t be an expert at everything so we work well together.