The Aussie writer, director and animator known for his contributions to Hollywood films like Happy Feet and Peter Rabbit, comes to Newcastle as part of the upcoming Newcastle International Animation Festival.

Across the three-day Newcastle International Animation Festival, you'll be inspired by an eclectic line-up of animation from award winners, outstanding industry icons, inspiring independents, stupendous studios, and newcomers exploring their talent on screen.

HUNTERhunter had the chance to chat to one of the guest speakers, the Aussie writer, director, and animator, Alex Weight. Alex will be speaking at the Opening Night of the festival on 15 Nov. 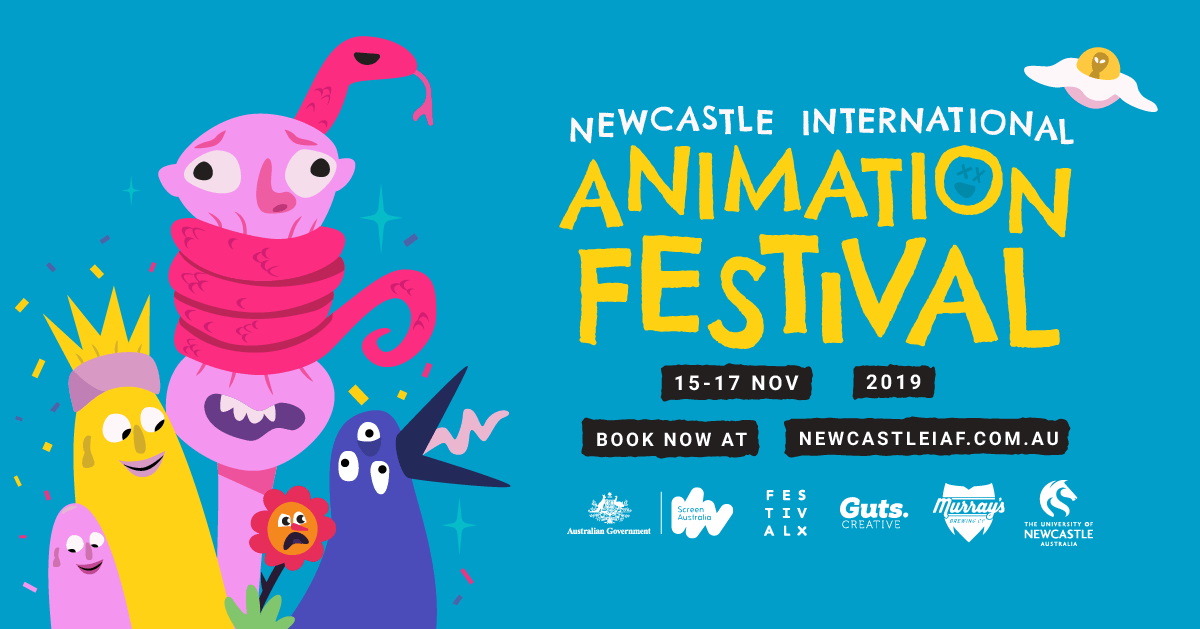 You’ve had quite a diverse career working across advertising, film, and television in both writing and directing roles, as well as senior roles in animation and VFX. Have you always known you wanted to get into this industry?

“It was always in the family, and I knew I wanted to do something in film but wasn't sure in what area.

“My father used to work in the film industry, but in practical FX - props, explosions, miniature sets, that sort of thing. So, occasionally during the holidays I worked on whatever project he had on. Which meant I got to see how all these things were put together. It was a lot of fun! Mad Max 3 was a particularly fun summer job, but it was also chaotic. I felt like I wanted to do something in the film industry, but I wasn't sure if practical FX was for me. I really loved drawing and comics, so I thought 2D animation was the best combination of both worlds.

“I went on to study fine art after school, and then managed to get an internship at the Disney studio in Sydney. They were doing all the cheaper sequels back in the 90's. Then two things happened; firstly, 2D animation was not nearly as glamorous as I thought it was going to be, and secondly, Toy Story 1 came out. Which completely blew me away and made me realise that’s what I wanted to do. So, I went back to uni to do a computer graphics degree, and here we are.”

More recently, you’ve taken on roles in the world of animation. What is it about animation that you love?

“Animation is wonderful for so many reasons. It can bring things to life that would be impossible to film through practical means, and it can break all the rules of physics, scale, and reality to make the story better. When done well, and in connection with a strong story it's just magical.

“In order to animate a character, you have to make the same acting decision as an actor, make all the same choices about tone, and attitude. In fact, in most animated movies there are acting rooms where the animators can film themselves act through the shot they are working on, and then play it back later as a reference. It’s fun being able to go through this process, but then apply the motion to different creatures, animals and characters. I've worked on so many different animals, and each time we spend months looking and learning at how they move and communicate. It's definitely an exciting job and can be very rewarding.”

You also worked as the additional animation supervisor for the family classic film, Peter Rabbit. How does it feel to be able to see your work on the big screen and know that your work hugely contributes to all of the emotions felt by the audience?

“I worked on Peter Rabbit for about a year and a half in the pre-production stage. This means, I was involved in directing the design of the characters, the storyboards, the previs, rigging, and modeling, basically everything that happens before actual production. I love this part of the process as you can be involved in decisions that guide the story and narrative from the beginning. Once animation started, I jumped off, and a good friend of mine, Simon Pickard, took over to supervise the animation.

“I have been the animation supervisor for other films like Legend of the Guardians, and I always get a kick out of watching the movie with an audience who hasn't seen it before. Most movies have friends and family screenings before release, to get a sense of what works and what doesn't. These are always great fun because everyone brings their kids in, and it's the first time everyone has seen their work on the big screen, so the energy and excitement is huge. When you see your shot, that you have slaved over for weeks or even months, and the audience laughs, it’s an amazing feeling.”

You also recently worked on Blinky Bill: The Movie, as co-director; how did it feel to be a part of recreating the story of such an iconic Australian character?

“It was such an honour to be asked to help introduce Blinky to a new generation of children. As always with any character that has been loved for generations, it’s a daunting task to try to put a fresh spin on an old story. You want people to feel they can still connect to their loved character, but then be surprised by something new as well. I think the writer Fin Edquist did a great job of straddling both worlds.

“What we really wanted to do was have something that was iconically Australian. Blinky is the original larrikin, and that attitude is so fun to work with an animated character. I feel it’s so important that we continue to bring Australian content to the big screen, especially for animation.”

Over your career, you’ve worked at some incredible companies such as Disney and Animal Logic, as well as with some notable clients. Can you share some of your favourite moments?

“Working with George Miller on Happy Feet was an incredible experience. He is incredibly passionate about filmmaking and has a top view understanding of the big picture, unlike anyone I have ever worked with. Yet he was always open to new ideas and suggestions.

“On our first big production meeting with everyone in the company he used the parable of the bricklayers as an example of how to make a film. Ask one person what they are doing, and they might say laying bricks, ask the next person, and they say, building a cathedral. He wanted everyone to feel like they were filmmakers, not focussed on their own little slice. It was a great way to make everyone feel they were a part of something bigger.”

How did your involvement with the Newcastle International Animation Festival come about?

“Well, I have always loved teaching and mentoring new students to animation. I have given talks and lectures at a lot of universities and colleges around Sydney. I think it’s important to give back and help the next generation. It’s already a difficult industry to get into, and it’s not very big in Australia either. You have to make sure to send the elevator back down for the next guy. Lexie Busby of Guts Creative is an old friend of mine. We worked together at Animal Logic years ago. She is involved with the festival, and when she asked if I would like to be a part of it, I said yes straight away.”

You’ll be speaking at the festival, what can we expect to hear from you?

“Well, I'd like people to be able to get something out of it, rather than just listen to me talk about myself. For people who are interested in getting into the industry I'll talk a bit about how I started, and some suggestions on how to break in. How I chose animation, and how other roles and departments are different. I might show some work as well. But really, I'm hoping it can a bit more Q&A. If you're there on the night, feel free to come by and have a chat!” 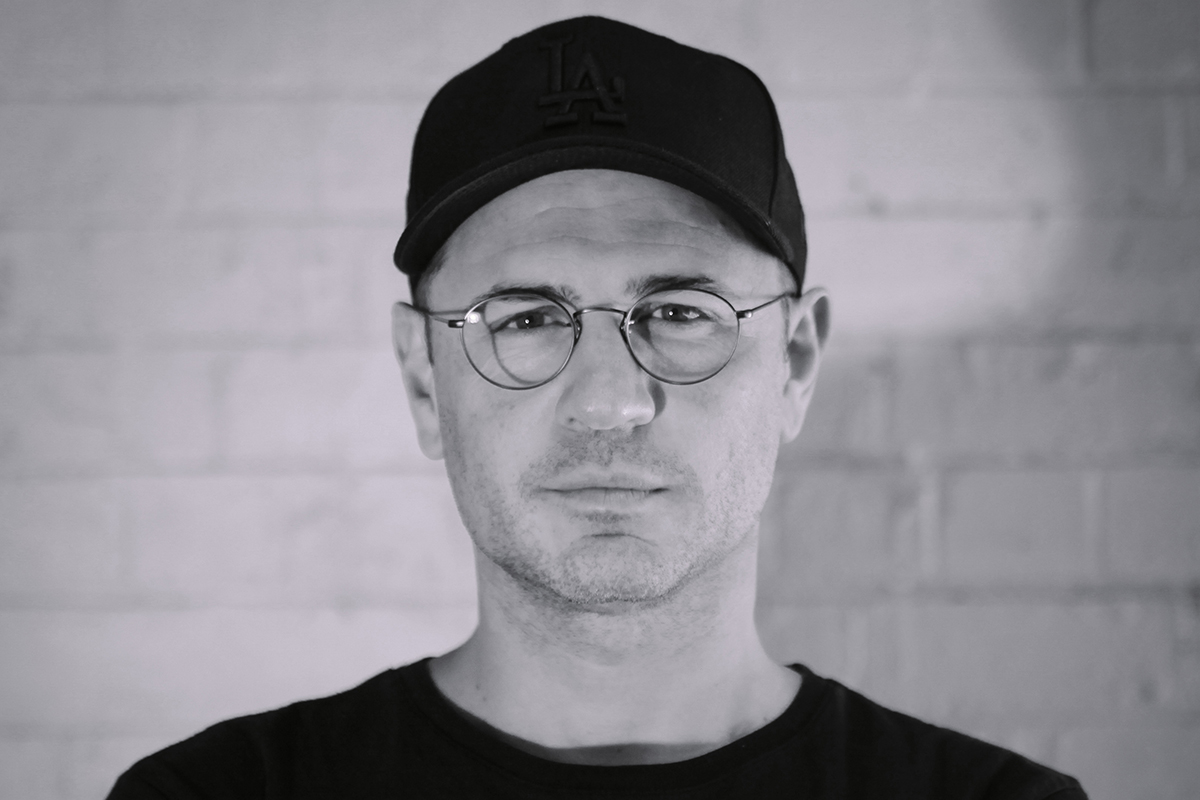 To catch Alex and all of the other festivities happening head along to the Newcastle International Animation Festival. For more info, click here.

Where: University House & The Conservatorium of Music
When: 15-17 Nov
More Info: click here