There are few houses that have the ability to literally stop you in your tracks and take your breath away, but that’s exactly what happened on our visit to the home of Kathryn & Craig McGrath.

“Yes, normally when people walk in they stop at the stained glass window. It’s a real focal point, I haven’t tired of it yet, maybe in a few years," [laughs].

Located in Young Street, Carrington, Kathryn, together with her husband Craig, undertook a slightly larger than expected renovation to bring back to life one of the suburb's most loved buildings. 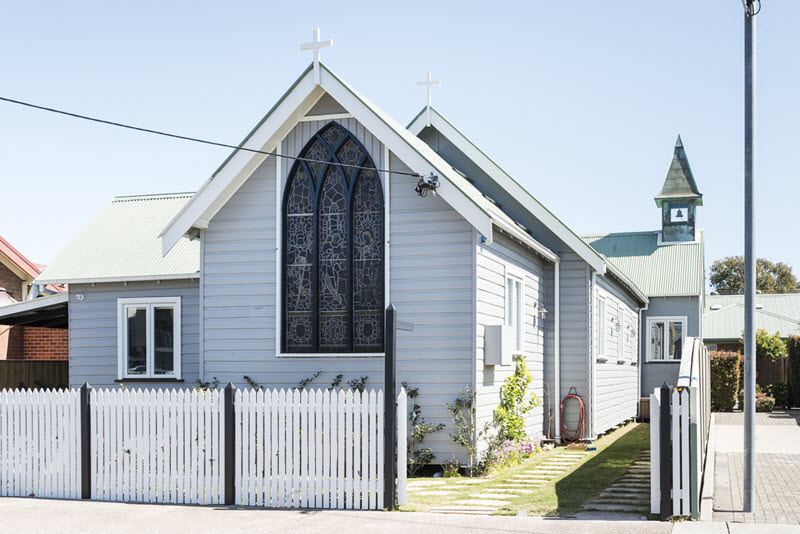 “It’s taken us about 12 months to renovate, it ended up being a much bigger job than we expected, it wasn’t until we had a closer look that we realised how much work was needed. We pretty much took it back to the floorboards. Craig had to rebuild the bell tower, we’re not really sure how it was even standing, and all the exterior boards were sandblasted back to bare boards, the painter was kept busy here for about 6 months.” 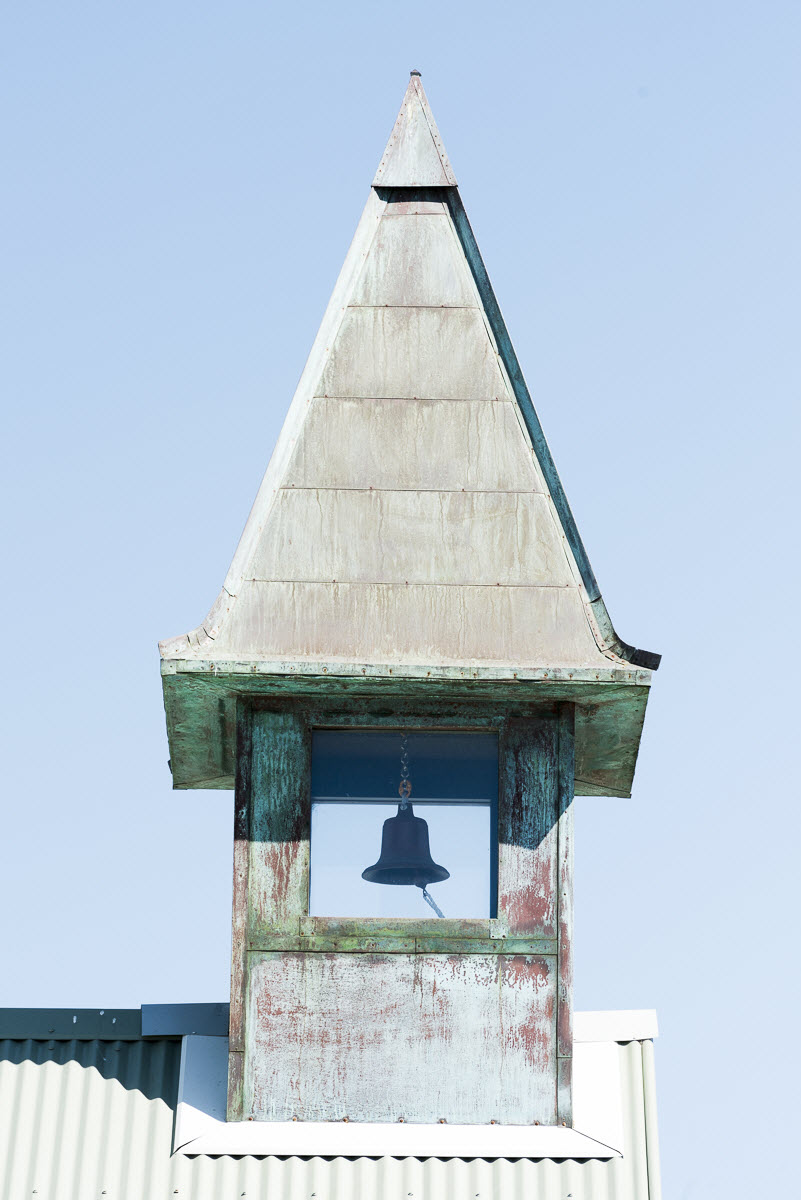 "It originally came from St James church in Wickham, which was a lovely old stone Anglican Church. The window was installed here just prior to St James' demolition in 1974 and it was created by John Radeki in 1937. John Radeki was quite a famous Australian stain-glass designer, he’d worked on places like Saint Mary’s Cathedral and Sydney Uni.

“At different times of the day with the light coming through you can see all the colours and at night from the outside it looks amazing.

“When you look close up there are a few cracks here and there but mostly it’s still in very good condition.” 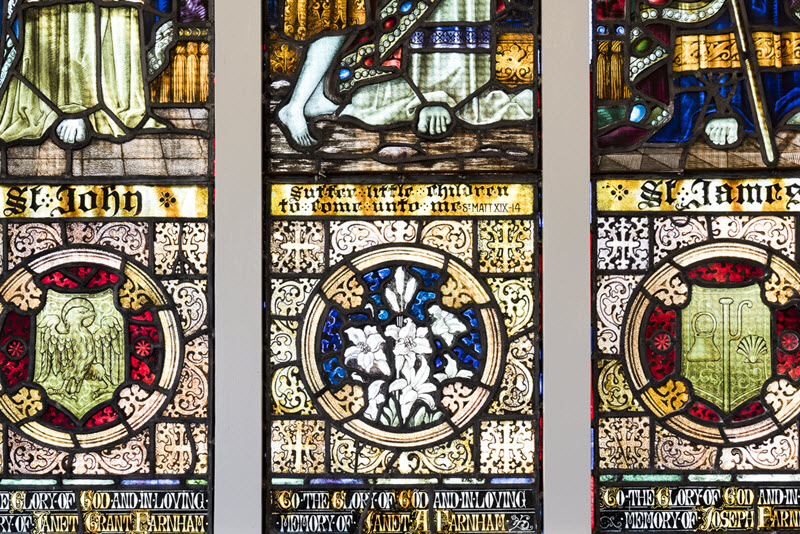 "The church itself was deconsecrated in July 2014 and when this happened they wanted to take out the stained glass window and relocate it but because the building was listed as heritage they weren’t able to which was great for us and the local community.

"We bought the property in September 2014 and then in January 2015 we started working on it, which mainly involved painting. We originally bought it to be an office for my husband’s business and we started renovating it as an office, but the more time we spent here the more attached we became. We never planned on selling it so we then started entertaining the idea of moving here, and then the real work began. 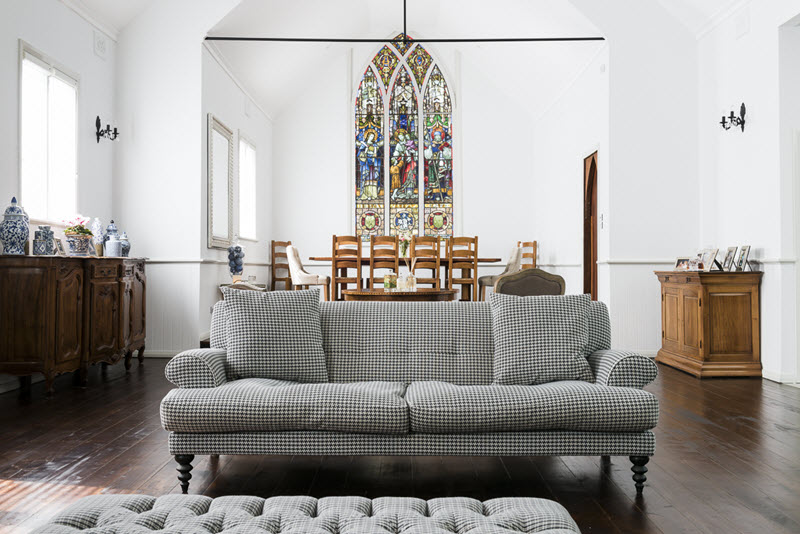 "When we first had a look at the property with the real estate agent we both walked in and thought this would make a beautiful home, but thought no it wouldn’t work, no yard or pool, but we ended up coming around.

"We had an architect help us get the bare bones in place and our builder was great, he made lots of suggestions, it has changed and evolved quite a lot and with the change of use, from office to home, we had to do a lot of heritage studies which is why we initially engaged with the architect. We always wanted to keep it looking like a church it was internally where we needed to make changes.

"My husband actually stopped working and worked with the builders throughout the renovation so he’s really quite proud of how it has all come together." 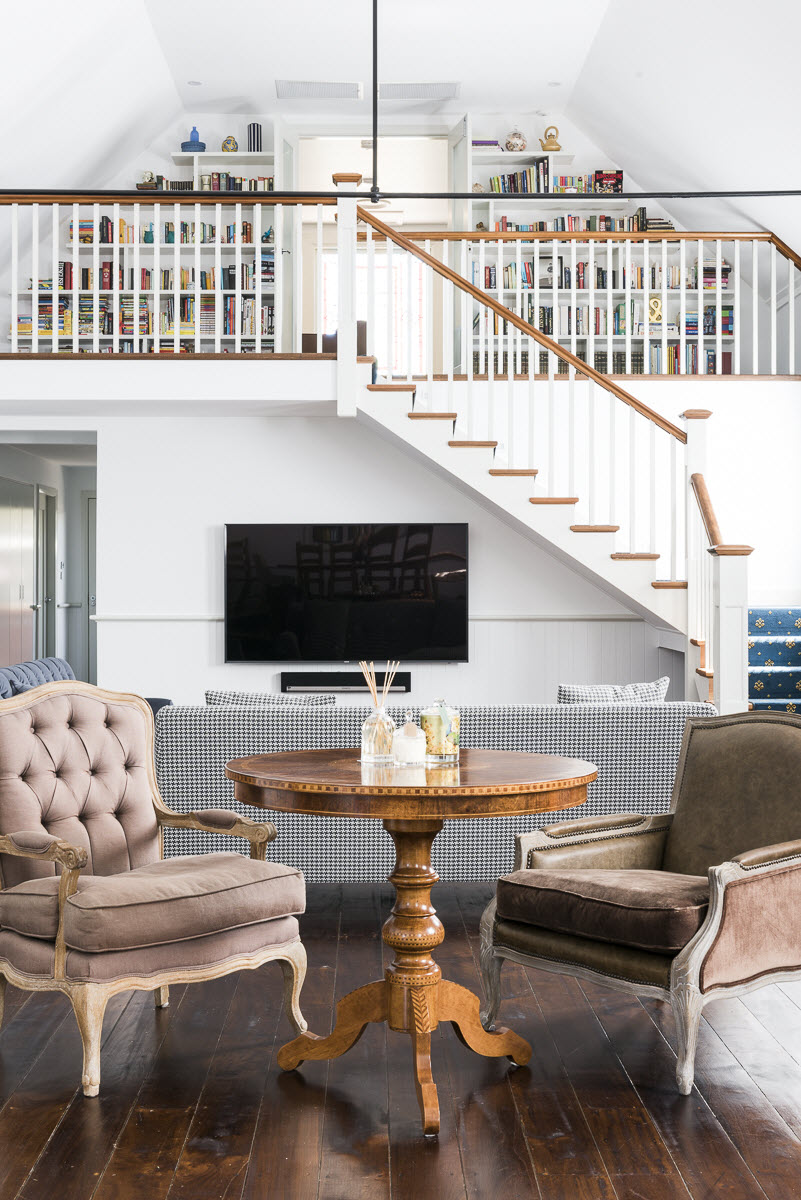 "When the church was auctioned they also auctioned everything inside as well and there were a few things, like the pew, that we had to have. I think quite a few of the locals were relieved when they found out what our plans were for the church and that we weren’t planning on destroying it. The sign in the vestry was actually returned to us which was lovely, it's nice to have that history on display.

"The furniture is mostly all new, the sideboard and our bedside table we purchased from an antiques business in Melbourne who import from France and restore them, so they fit quite well into the space. There wasn’t too much that we could bring from our home in Merewether, aside from the dining room table, where I host the High Tea’s at and a few other things, everything else has been purchased new.

"The lounges are the Molmic brand and the fabric is Warrick, I really love the ottoman and all of its colours, with the house being fairly monochrome I wanted to have something that popped." 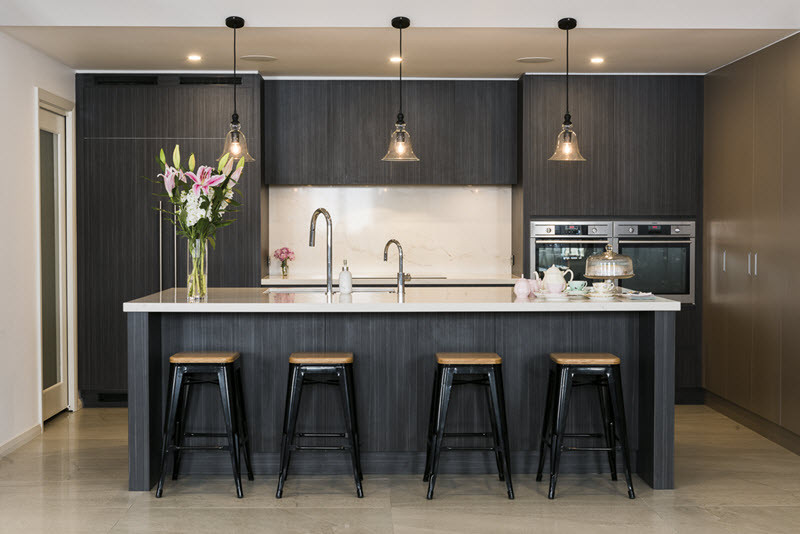 The History and The Bell Tower.

"The church was originally built in 1877 and it was built off ballast and whatever they could get their hand on, in 1924 it was in that much disrepair that they rebuilt it up again using much of the original materials. It doesn’t look too different, there did used to be a lot more wood in the ceilings but other than that we have worked with the original structure.

"The room where you can ring the bell from, which is Will’s room, was an addition and was built in 2007 hence the glass bricks. It’s a bit quirky but I think it works.

"We’ve had quite a few locals come through and have a look, curious to see what we have done. It has been such an important part of the community, the church used to be a real hub for the community back in the day." 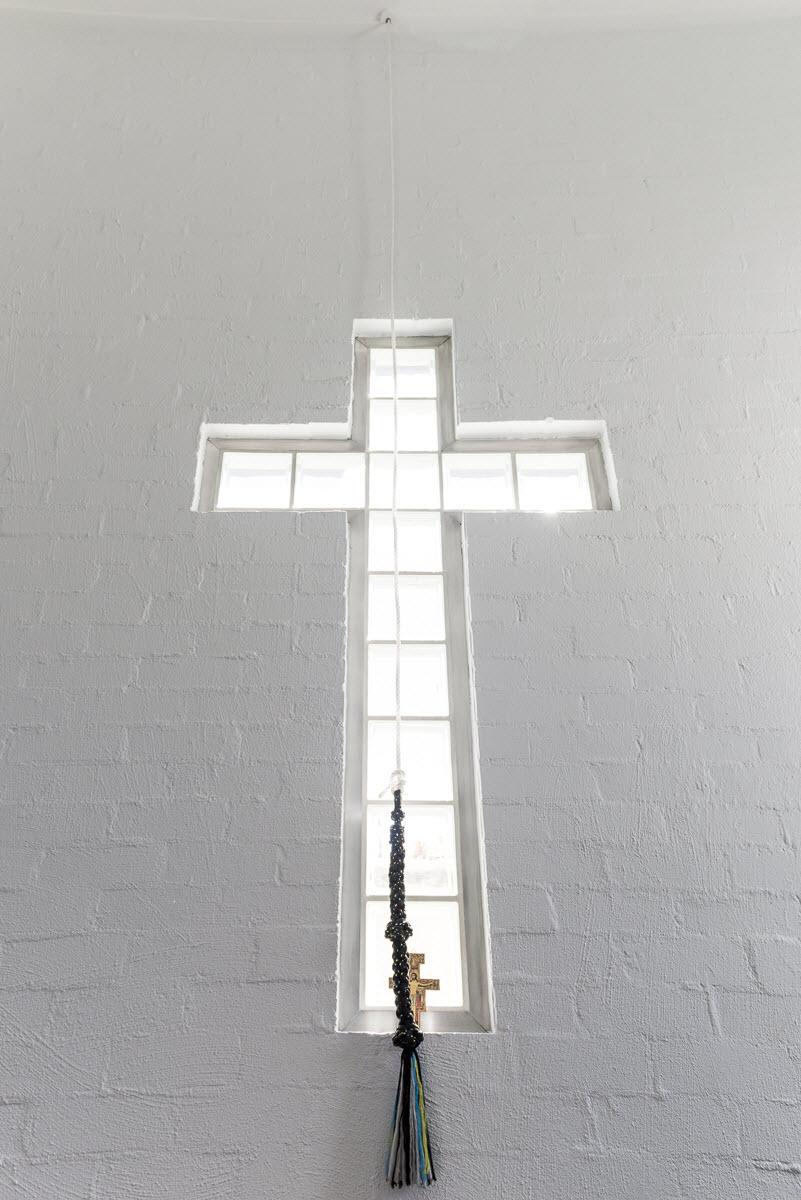 "Even though our business was always located in Carrington and I was forever dropping into the Post Office, we never entertained the idea of living here. We just love it here now, it's a real little community and it is changing, you get all walks of life here.

"When I was doing all the work in the garden I think I met more people in one weekend as I did living in the same house for 21 years in Merewether, it's funny everyone’s up for a chat around here."

A modern industrial home in the heart of the CBD