Chat about designing raw & punching above their architectural weight

When the dream project lands on your desk and you’ve only just stepped out of uni, what do you do?

That was the situation that Gemma Savio and Anthony Parsons, of Newport based Savio Parsons Architects, found themselves in five years ago when they graduated from the University of Newcastle Architecture program. Rather than shying away from the ambitious task they took it on head first and have never looked back. 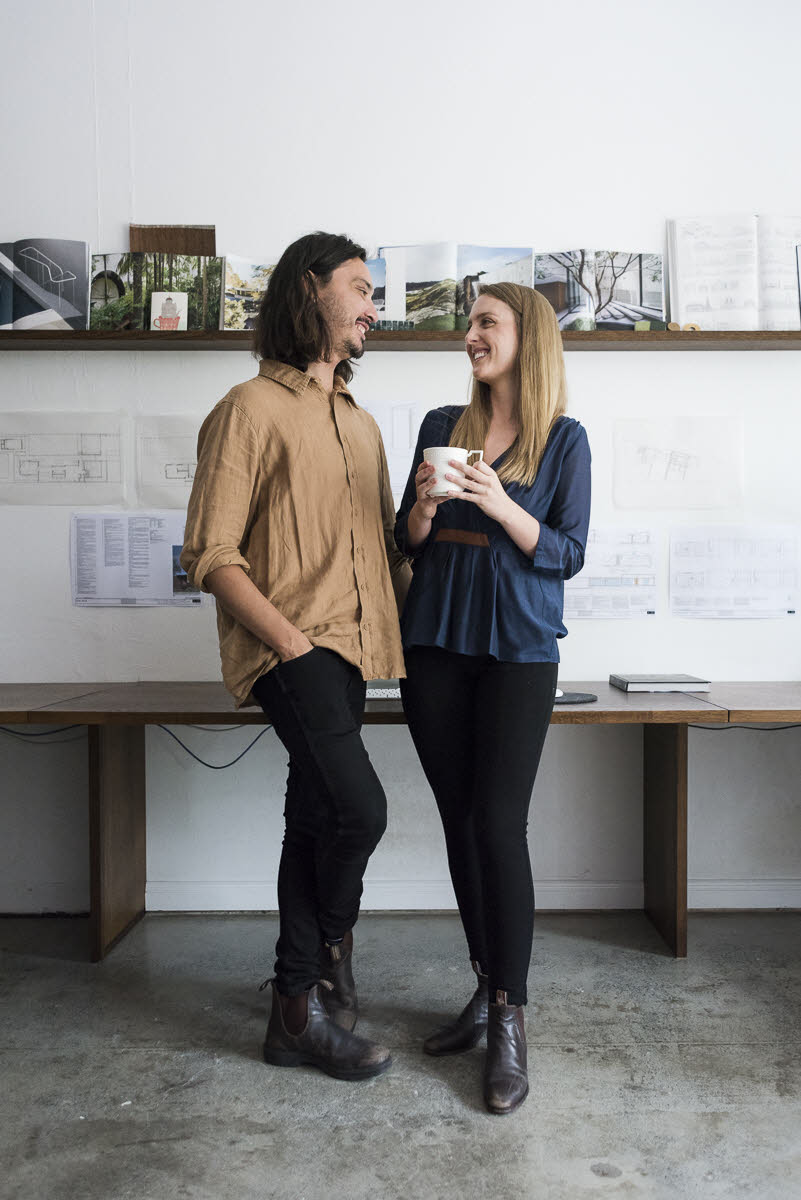 Can you give us a bit of a history about Savioparsons Architects?

[Anthony] We pretty much started collaborating on projects straight out of uni, but Gem and I worked together on student work while we were still studying as well, so we knew that our design sensibilities lined up and that we complemented each other's skillsets, so going into practice and opening our studio together was a no brainer. To get to this point for me it’s been 10 years of hustling, coordinating private jobs on the side while I studied and worked for established architecture firms full-time. While I can definitely thank this time for the grey hairs I’m sprouting, this chain of smaller projects eventually led to me being introduced to the clients for our North Avoca project through a builder I had designed a house for a couple of years earlier.

[Gemma] We moved into this space in Newport two years ago but at the moment the majority of our work is actually in Newcastle. I’m originally from Newcastle so a lot of our work started from friends spreading the word that they knew a keen young designer and has developed into clients’ recommendations really being the catalyst for most of our new projects. I kind of hope that continues, even though it’s a bit of a trek for site visits. There’s something about the work in Newcastle that’s nice, there's a different character and mentality which allows us to drive a different project to what we’re doing in Sydney. 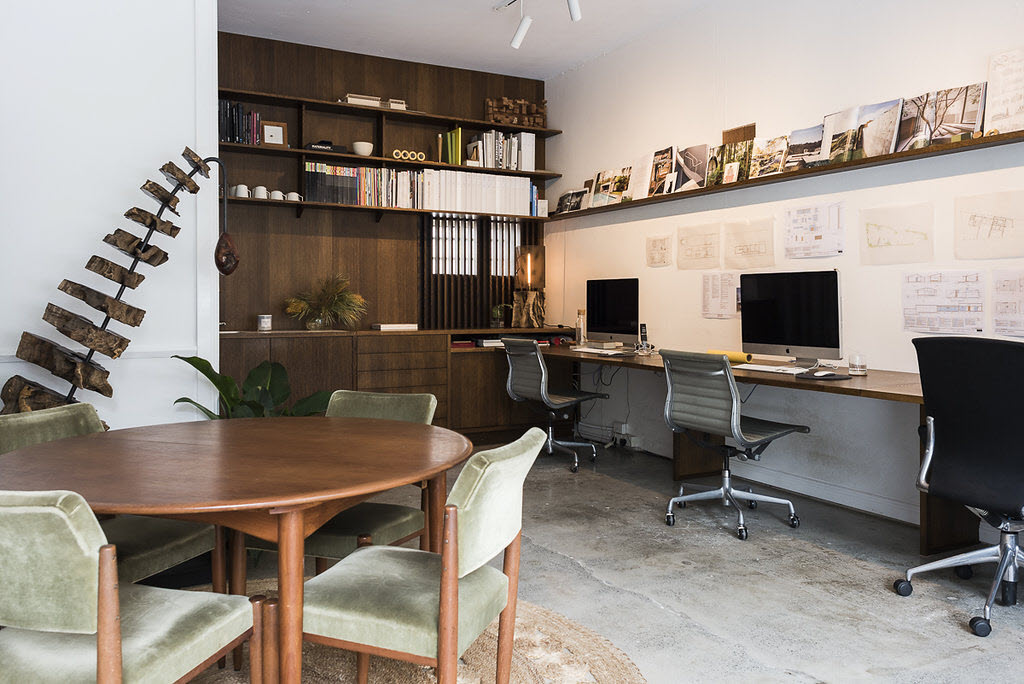 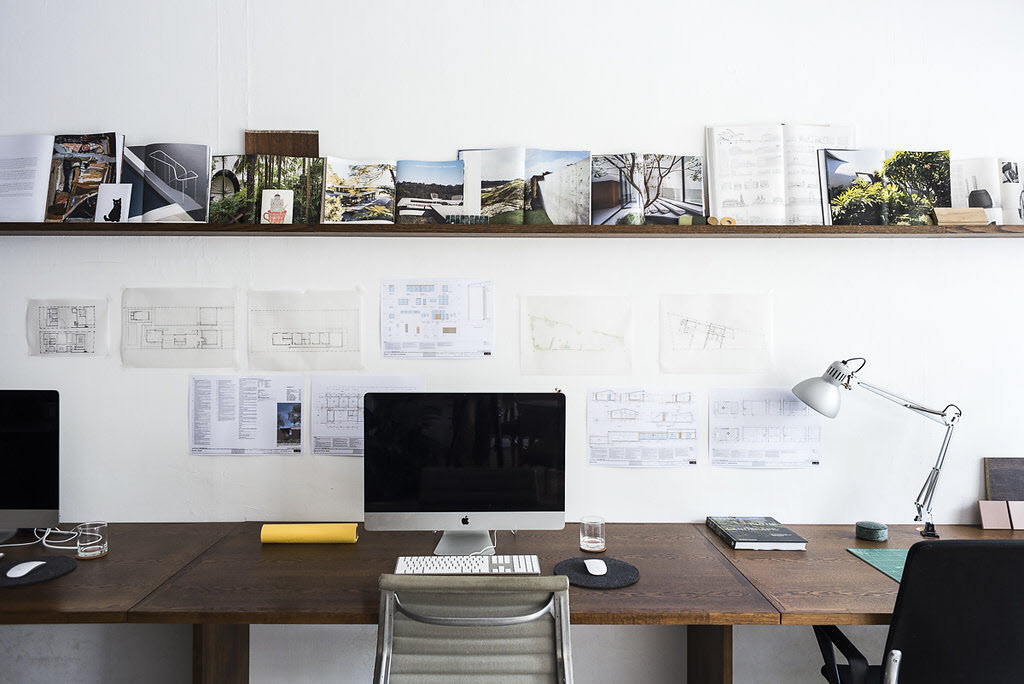 Can you tell us about the North Avoca project and how you managed to score such an incredible project so soon out of Uni?

[Anthony] The North Avoca project started in 2013 and it was a fantastic commission for us at the time, because of the scope of work it’s basically due to that project that we were able to start our practice.

We really got thrown into the deep end though, which we made the clients completely aware of at the time, but they had confidence in our ability and we quickly learnt that we’re only as good as our clients let us be. They put so much faith in us and just let us do our job - they were the most phenomenal clients.

The project was extremely complex and took about three years to complete. We received an Australian Institute of Architects Award for it which was really amazing, especially considering it was our first project. 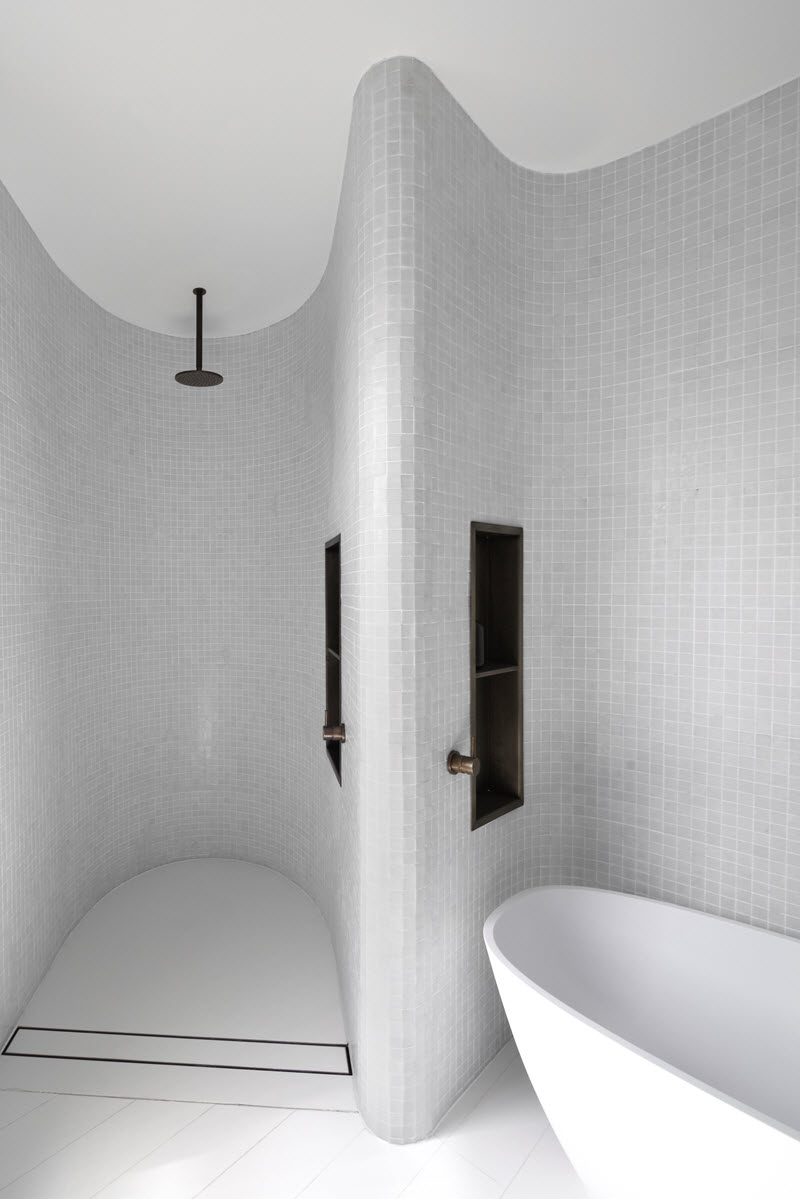 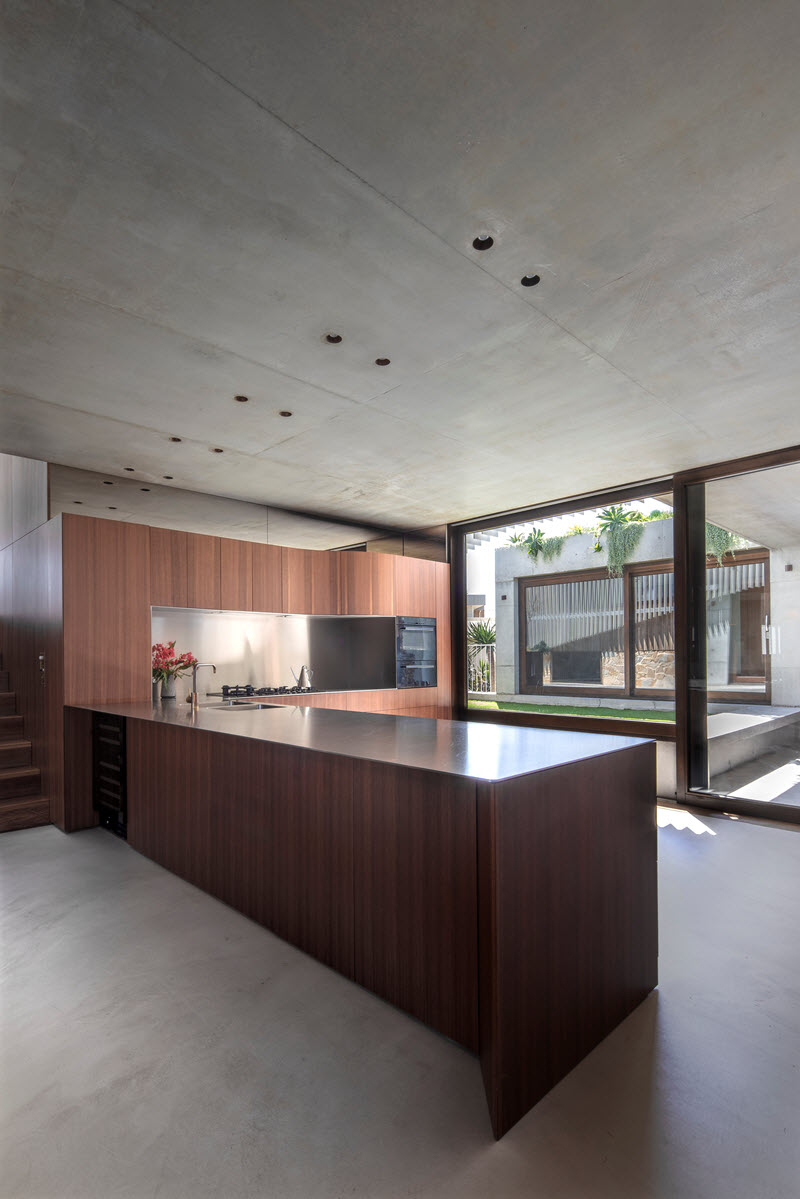 What an incredible first project!

[Anthony] Yeah I know we were kind of worried that we’d peaked too early. [laughs].

[Gemma] The brief was for an alteration/addition and the design process of working with what was existing resulted in a super successful architectural outcome which is why I think it was recognised.

The idea that drove the project was about softening the hard angular geometry of the existing house and covering and protecting the body of the house from harsh coastal site conditions and existing privacy issues. From the outside you can see this thinking in the “Marilyn Monroe dress”, which is a weatherboard screen that wraps around the house. The whole project was probably a little ambitious, there is a lot of off-form concrete in the addition, which is a difficult material for a graduate to understand and detail. Perhaps if we had that project again it may have been done differently to make life easier, who knows though, maybe not – it could be the confidence of youth that led to such a great outcome! 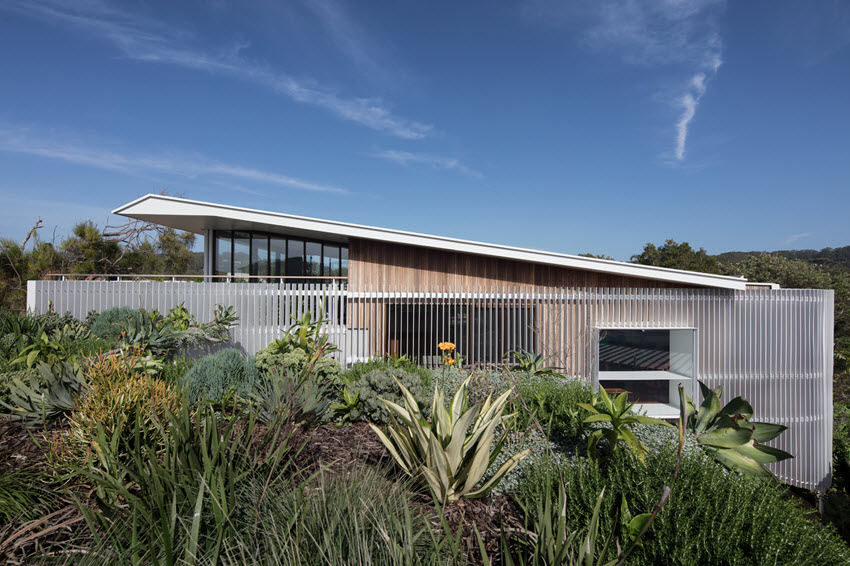 And where do you go from a project like that?

[Anthony] After being recognized for the North Avoca House we entered a competition run by House & Garden magazine to rethink mass produced “Project Home” developments. We were shortlisted for that one and even though we didn’t win it we are pretty proud that our design was recognised despite it being very honest and critical of how housing is currently being mass produced. From that design being published we have actually been commissioned by a couple of clients to design houses based on the same philosophy and building logic.

[Gemma] Bringing architecture to a point where it can compete in the project home market is a huge challenge but one we haven’t shied away from.

Do you think architecturally designed homes can be for everyone?

[Gemma] Yes definitely, we really want architecture to be approachable and have people understand that above all architects are problem solvers, get away from this idea that you have to have millions of dollars to use an architect. We see our role as being ‘whatever your budget we’ll make sure that budget works hard for you where it makes a difference’.

Building in general costs money but things don’t have to be expensive to be beautiful. When a project starts we think about it quite conceptually and are looking for opportunities; what’s the project about, who’s it for, what’s happening in the street or the place and then how do we take advantage of those parameters to make the outcome exceptional. 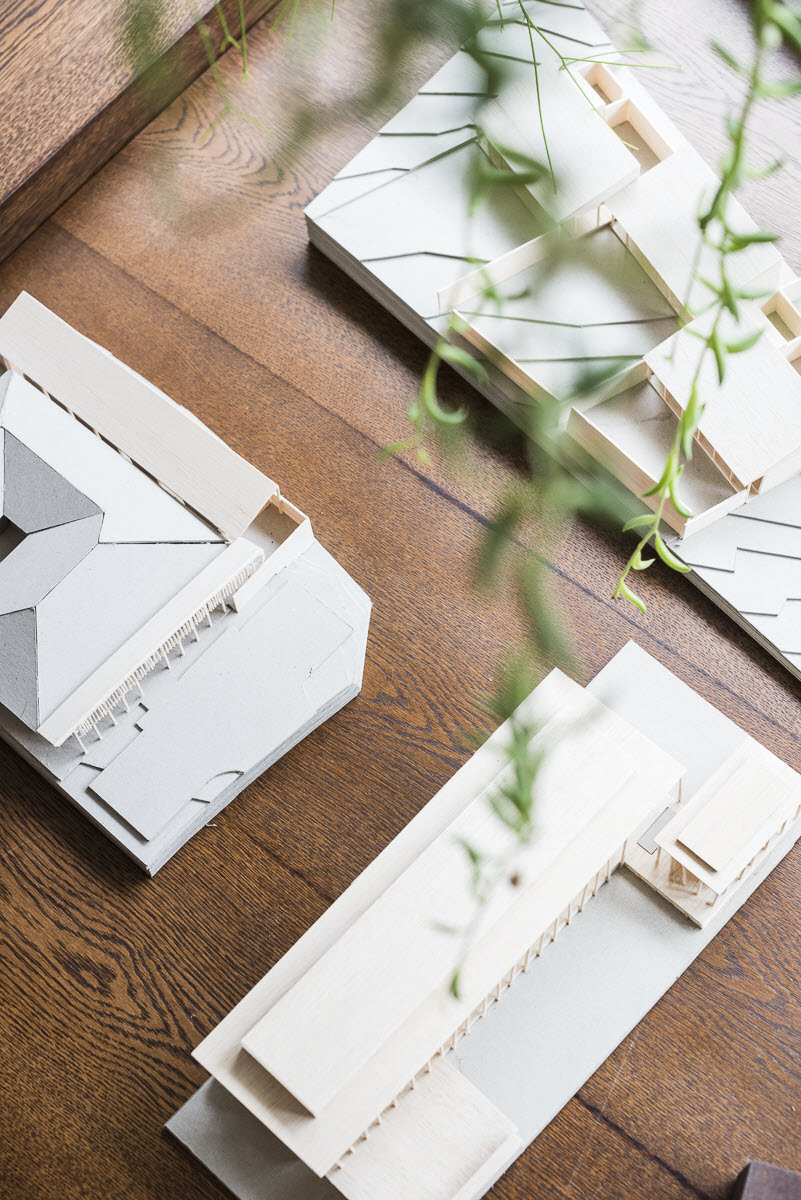 What project are you working on at the moment?

[Gemma] We’re working on a home in Merewether which is going to be amazing. It’s been under construction for twelve months, there’s been a couple of hold-ups along the way with this one because the standard of finish that’s being executed is of such high quality.

We tend to use materials that are robust and can be left in their original state rather than applied finishes like wallpapers or imitation type products, our architecture is very much a celebration of raw materials. 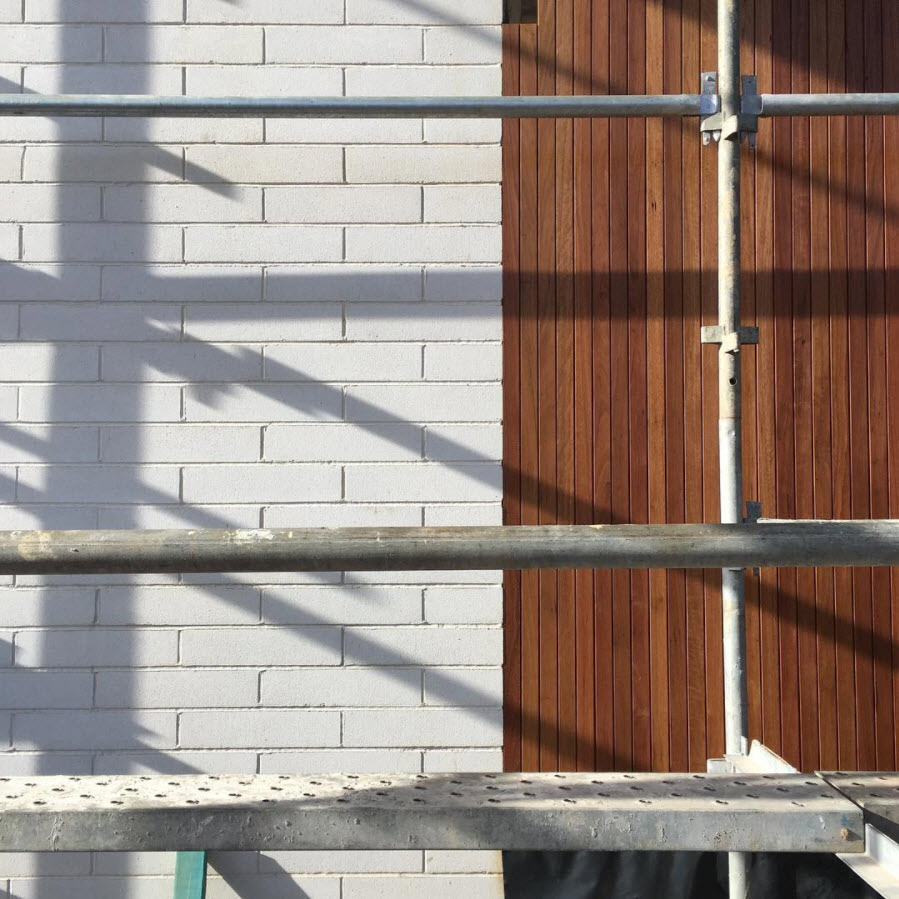 How important is working with the right builder when you go for the raw look?

[Anthony] So important. When you design buildings that are really raw they have to be finished impeccably because there’s nowhere to hide shoddy workmanship.

[Gemma] For our project in Merewether we’re working with Tom Spencer who is a Newcastle builder and he and his team have been amazing, they have done such a great job with the Merewether project, which hasn’t been easy. We designed the house around the dimensions of a white concrete block, which the boys have been so careful to protect throughout the build, construction sites get dirty. A lot of effort has gone into precision in this project, and when you see the raw materials constructed with care you can see the builders hand in them, it adds a beautiful layer to the building.

We also like working with landscapers or landscape architects, with a lot of our projects we see the garden as almost more important than the building. We’re really excited to see the landscape at the Merewether House take shape. 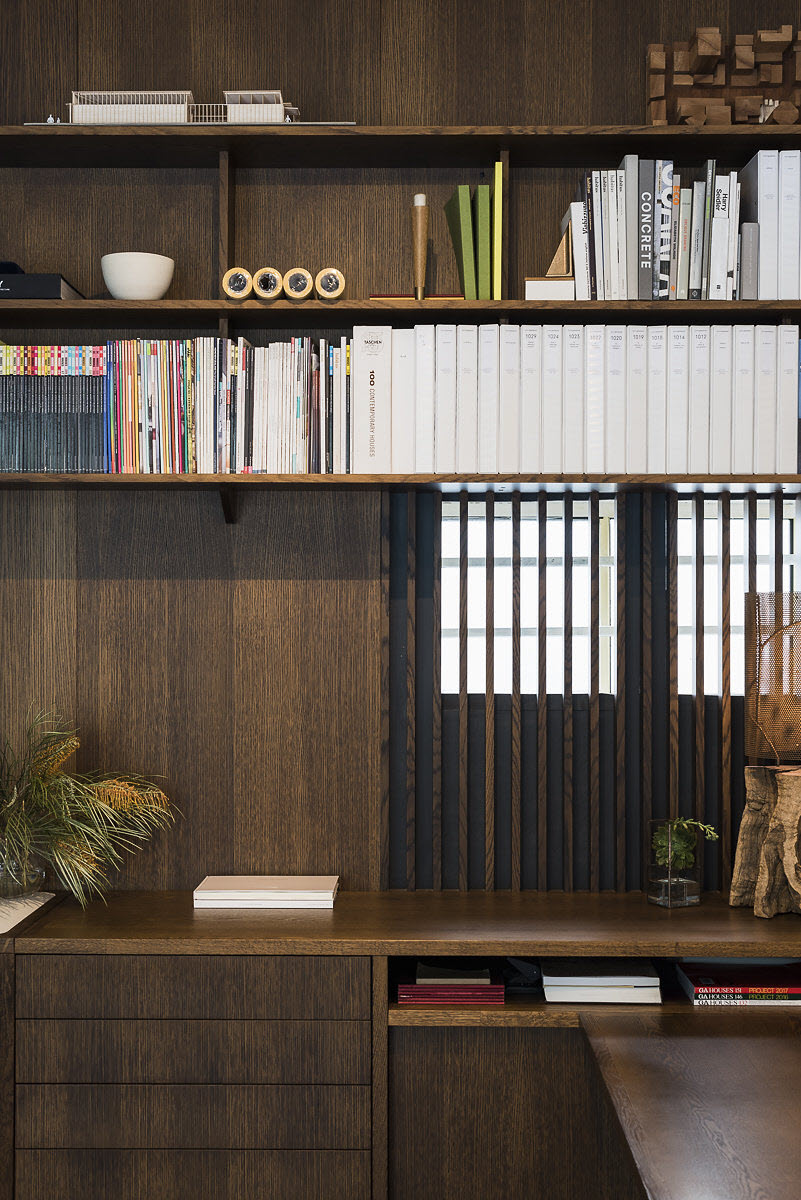 Do you only work on residential projects?

[Gemma] We work on a mixture of both residential and commercial, another project we’re working on at the moment is a Veterinary Clinic in Fletcher. The existing building is an ex-display home which has been repurposed into a Veterinary Clinic, which hasn’t really worked so we're making some alterations to the existing and doing a small addition. It’s been interesting to work on as it’s a commercial project but we’ve applied the same sensitivities to it as we would someone’s home.

[Anthony] We’ve designed a beautiful verandah around the building so people can wait for their appointment with their pets outside rather than a confined waiting room and we’ve also created a “Grieving Room” for consultations where people are saying goodbye to their pets. The space opens onto a private courtyard that becomes a place where owners can sit and gather their thoughts privately, then exit through when they're ready, rather than going back through the public waiting areas.

Whilst we’re designing a building we’re always thinking about what’s happening in it and finding opportunities to enhance the different ways people will be using the space. 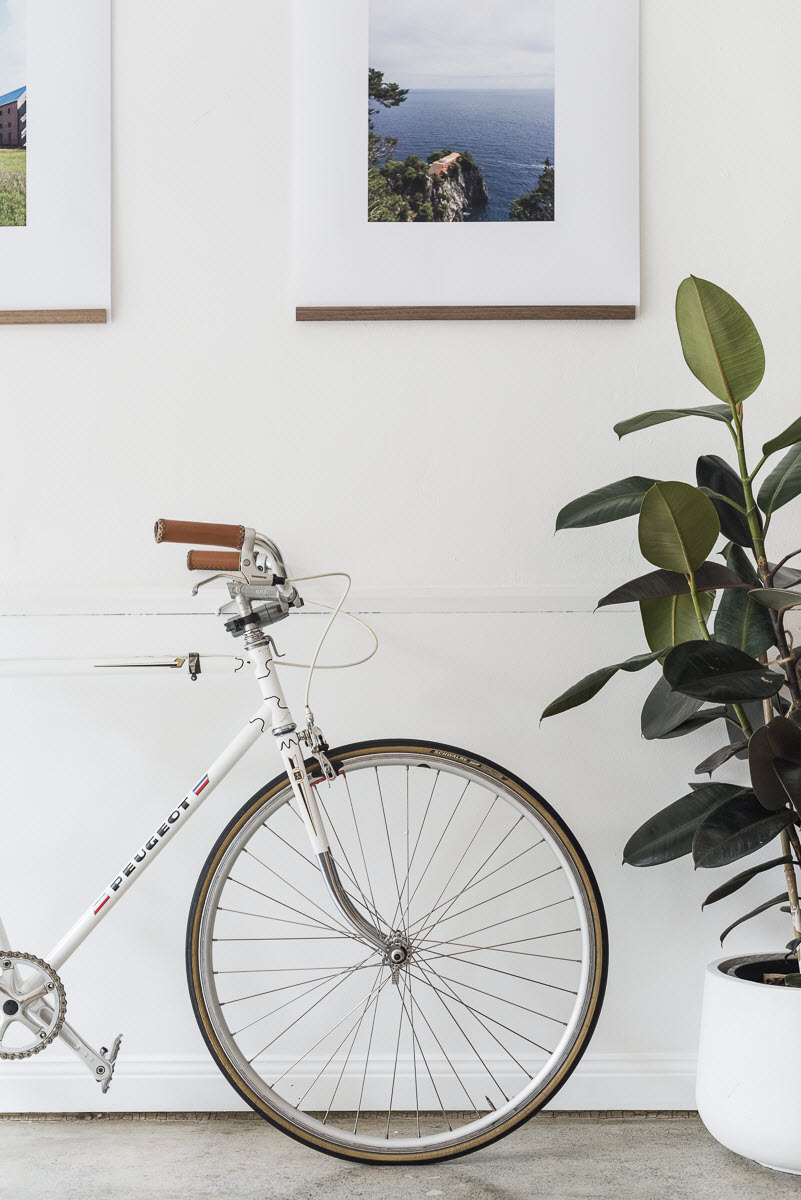 What's your thoughts on the architectural scene in Newcastle?

[Gemma] While we’re living and working on the Northern Beaches we’re still very much connected to Newcastle. We’re both doing our PhD’s in architecture at UoN, when we graduated we were both offered scholarships, which was amazing and has really helped us set up a dynamic practice. We also tutor in architectural design courses at UoN one day a week on top of site visits, so we spend a lot of time in Newcastle these days!

We also have a little cohort of friends who we studied with and catch up with regularly. Some of them are doing really awesome work, like Warren and Greg from Curious Practice and Mark and Dana from Anthrosite, they’re doing some very cool work.

[Anthony] I definitely think there’s a new wave of architects happening in Newcastle who are bringing a fresh attitude to the industry, as well as some really interesting projects, which is exciting for the city.