The next generation of females in Football are set to be inspired with Port of Newcastle joining the Newcastle Jets A-League Women’s Team for what is shaping up to be a new golden era in women’s Football.

The Port’s sponsorship of the Jets Women’s Team opens up a field of opportunities for the Jets to retain and attract new team talent. CEO Craig Carmody says Port of Newcastle has partnered with the Jets Women’s side to inspire future generations of young female footballers into the sport, and potentially one day a Jets jersey.

“As a traditionally male dominated industry, Port of Newcastle is keenly focused on supporting diversity and inclusion, gender balance and opportunities for women within our workforce, so the opportunity to support other women to pursue their goals presented the perfect partnership for us.”

“It’s fantastic that we’re able to support the Jets and promote the sport to the next generation of female football players. Both of my eldest kids play football in the JDL, and watching them play, kicking the ball with them, and watching the Newcastle Jets with them is probably the highlight of my week.”

“We live and breathe what we say at Port of Newcastle. This partnership gives the Port that opportunity to get out and create those connections broadly across the community which are so important to us,” Simon shared.

Newcastle Jets forward Lauren Allan said the return to gold kit for the women’s team and the A-Leagues coming together under one banner to boost the profile of women’s football is a step in the right direction.

“The gold kit was the one I watched the girls play in when I was growing up. I was pretty stoked when I saw the kit and I think it was timed perfectly to be honest, it’s a good transition to gold with the coming together of the A-Leagues. I can’t wait to represent Newcastle in it, I am really looking forward to it.”

To launch the new partnership in a new golden era for women in Australian football, Simon’s 9-year-old daughter Tommy and two other up and coming junior female footballers, Charlotte MacNeill and Annika Driscoll, got the chance to attend practice and star alongside three of their female Jets football idols – Cassidy Davis, Gemma Simon, and Lauren Allen - in the A-League Women’s season reveal video.

Post-training session we chatted with Thommy, Charlotte, and Annika to see how they went and what the experience meant to them.

“I was like oh my gosh I get to go and meet my idols the Jets players. It was such an amazing experience for me because when I grow up it is my aim to play for the Newcastle Jets and then after that play for the Matildas and represent Australia. I’ve played football since I was in kindy and I love it so much because I get to meet new people all the time. It is so fun playing with everyone and learning new things.” Thommy shared.

“I am really happy about them playing in the gold jersey because I have a lot of jerseys in my cupboard and I am looking forward to getting the gold jersey to add a different one to my collection. I love the Jets so much, they are so amazing, how they all work together. I want to be a Jets player when I grow up too,” Thommy said. 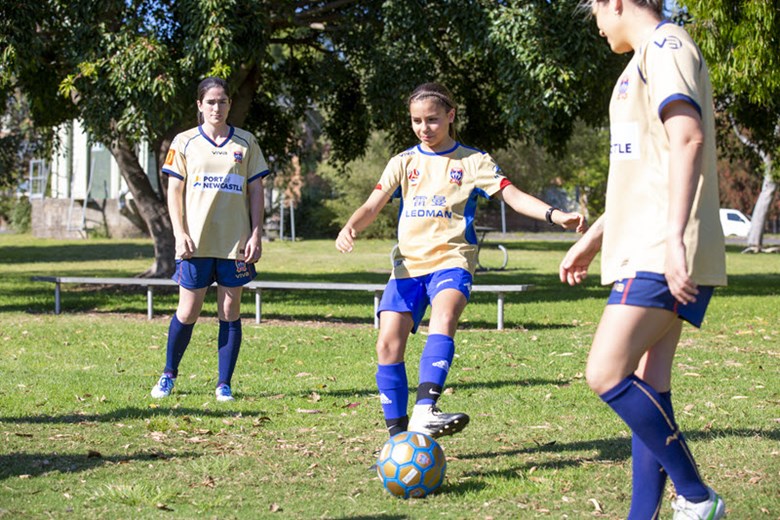 “I could be like them when I grow up so I practice so much. It has been so exciting to meet some of the Jets A-League Women players and it was so fun to kick to ball around with them and learn and talk skills. I watch their games and am inspired to play like them. I really like the gold kit and think the Jets will play better in it than the red and blue,” said Charlotte MacNeill. 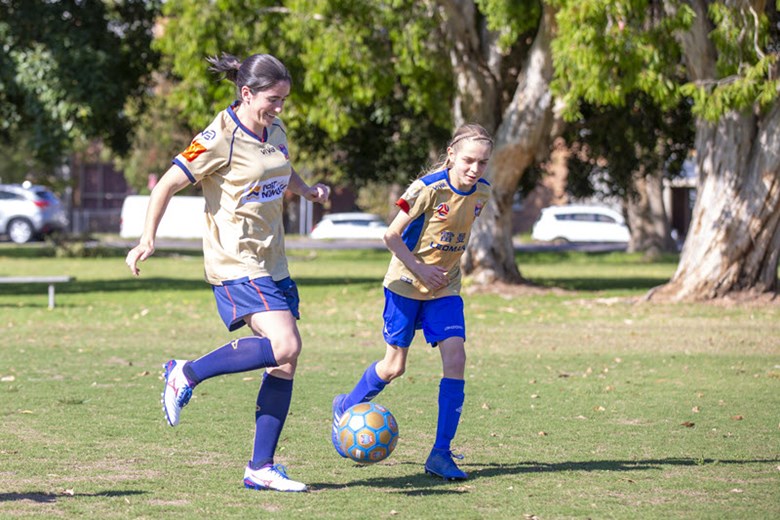 “One day when I grow up I really want to play for the Newcastle Jets. My favourite position is wing and I am looking forward to playing with the Jets Academy where I’m going next year and I hope I learn a lot there including skills like how to get around players like the Jets girls do,” said Annika Driscoll. 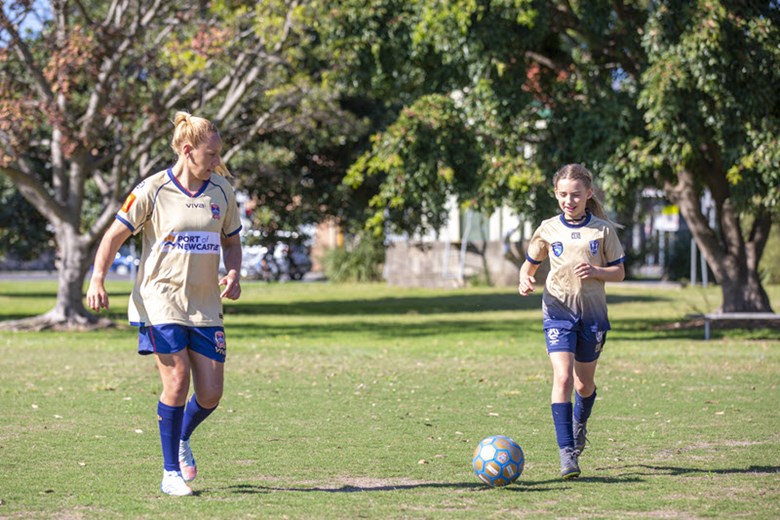 Jets Executive Chairman Shane Mattiske said the club is thrilled to welcome Port of Newcastle as the Major Partner of the Jets A-League Women’s Team,

“The shift to a new gold jersey for our A-League Women’s Team marks a new period for the Club, and it is great to see Port of Newcastle, such a big player in this region’s business community, make a strong commitment to supporting women in football,” Mr Mattiske said.

“Our Women’s Team should receive the same recognition and respect as the men and this partnership with Port of Newcastle supports that goal.”

For the full draw and to stay up to date with all the team's progress throughout the season head to Newcastle Jets.